ChertLüdde is pleased to present Utility for the Soul, an exhibition on the work of Lithuanian artist Aleksandra Kasuba (née Fledžinskaitė, b.1923 – 2019).

Aleksandra Kasuba was born in 1923 in Ginkūnai Manor, Lithuania, into a distinguished family with progressive leanings. From 1941-1943, she enrolled in art school in Kaunas and Vilnius, where she studied sculpture and textiles. She fled the country in 1944 with her sculptor husband Vytautas Kašuba during the Soviet reoccupation of the Baltic States, living for a time in a displaced persons camp in Germany before moving to New York in 1947. In the following years, Kasuba cultivated her art-making in a metamorphosing milieu of individuals deeply affected by the war, who in response envisioned radical dreams for the future.

Regarded as a pioneer of stretch fabric and its morphable capabilities under tension, Kasuba consistently developed a vision of sustainable architecture as a social instrument. She captured people’s fascination with her enveloping, soft and translucent environments made of synthetic fabrics – a counterpart to the rigid architectural styles of the 20th century. Her vision of built habitats as having the potential to fundamentally affect individuals and society for the better manifested in an imaginative body of work spanning public commissions, residential homes, mosaics, textile works, paintings and collages.

The exhibition at the gallery follows as its guiding trail Kasuba’s 1970 artist book Utility for the Soul, created for the open competition Projects Outside Art launched by Experiments in Art and Technology (E.A.T.), an organization established in 1967 to develop collaborations between artists and engineers, inspired by dramatic advancements in technologies during the Space Age. In Utility for the Soul, Kasuba imagines a blueprint for a Retreat House, a “proposal for enlightened corporations with a concern for the social implications resulting from a prolonged neglect of human needs in our mechanized society.” Utility for the Soul would become a sort of an artist’s manifesto, implementing the utopian goal at the core of her research, the search for a harmonious world and a peaceful dialogue between humankind, nature and technology.

At the entrance, visitors are faced with and guided by the figure of the walker, a character that appears in the artist’s drawings, mosaics, paintings and watercolors from 1950 and is the main protagonist of Utility for the Soul. A walker was “A PERSON in the worldly sense—not a wanderer, but one who walks through life—[…] homunculus (Latin: a small human–an image that became popular in sixteenth-century alchemy and nineteenth-century fiction), who tries to articulate universally familiar life situations.”

This character, along with that of the dreamer, most likely came from her diary entries, which she started in 1938 upon receiving her first diary from her mother as a gift. Besides daily events, Kasuba recorded her dreams and continued to do so until 2013. All of her diaries along with Utility for the Soul are part of the Archives of American Art at the Smithsonian Institution.

In 2021, Kasuba’s vision of the Retreat House inspired the eponymous interactive video game Utility for the Soul, wherein the player is able to participate in a meditative puzzle experience. The video game was created by a team of young architects and programmers on the occasion of her posthumous retrospective at the Lithuanian National Museum of Art in Vilnius. In the exhibition at ChertLüdde, it is screened alongside a series of collages titled Shell Dwellers (1989) – experiments in multiple forms, materials and scales pondering the possibilities of social coexistence and a beneficial relationship between a physical environment and its inhabitants. The collages served as models for collective residential structures that Kasuba would continue to develop from the 1970s throughout her life. Fabric sculptures made between the 70s and 80s such as the Gilded Structures, Minimal Shapes, and Minimal Surfaces series reflect the artist’s efforts to harden stretch-fabric sculptures, a prelude to her visions of utopian settlements in nature.

As a prolific writer, Kasuba wrote several books, including her childhood memoir that culminates at the tender age of nine and which describes the people, events and surroundings that formed her awareness of self. Her free-spirited childhood upbringing in the countryside as well as her research on a balanced coexistence between human development and nature eventually materialized as a residential house and two shell-shaped dwellings she built for herself in the desert of New Mexico between 2002 and 2005, an example of the possibilities of self-sustaining architecture far ahead of her time.

Aleksandra Kasuba was born in Ginkūnai, Lithuania in 1923 and immigrated to America in 1947. Since 1963, she lived and worked in New York City, designing monumental decorative façades for public buildings in brick, marble and granite. Notable projects include a 4,000 ft² wall in etched granite at the World Trade Center in New York (now destroyed), a brick relief at 53rd St & Lexington Ave. in New York City in 1981, the Old Post Office Plaza on Pennsylvania Avenue in Washington DC, among others. In parallel, Kasuba was experimenting with building immersive environments from stretch-fabrics, which reflected her vision of a new social order and ecological harmony. Some of her installations include a structure at the Woodstock festival in 1972, a 20th Century Environment at the Carborundum Museum of Ceramics in Niagara Falls in 1973, and 30,000 ft² of fabric installations for the International Furniture Exhibit in Paris in 1980. She participated in the Art and Technology exhibit at The Brooklyn Museum in 1968 and the Art-in-Science program of the University City Science Center, Philadelphia in 1977 and 1989. In 1983 she was awarded a fellowship from the National Endowment for the Arts.

As of May 2013, a part of Aleksandra Kasuba’s archival materials—mainly of works from 1942 to 2000—are now in the Archives of American Art, the Smithsonian Institution. The works after 2000 are to follow.

To download the video game produced for the retrospective at Lithuanian National Museum of Art in Vilnius, please press here.

The exhibition is organized with the Lithuanian National Museum of Art.

Exhibition partners:
Lithuanian Culture Institute
Embassy of the Republic of Lithuania in Germany 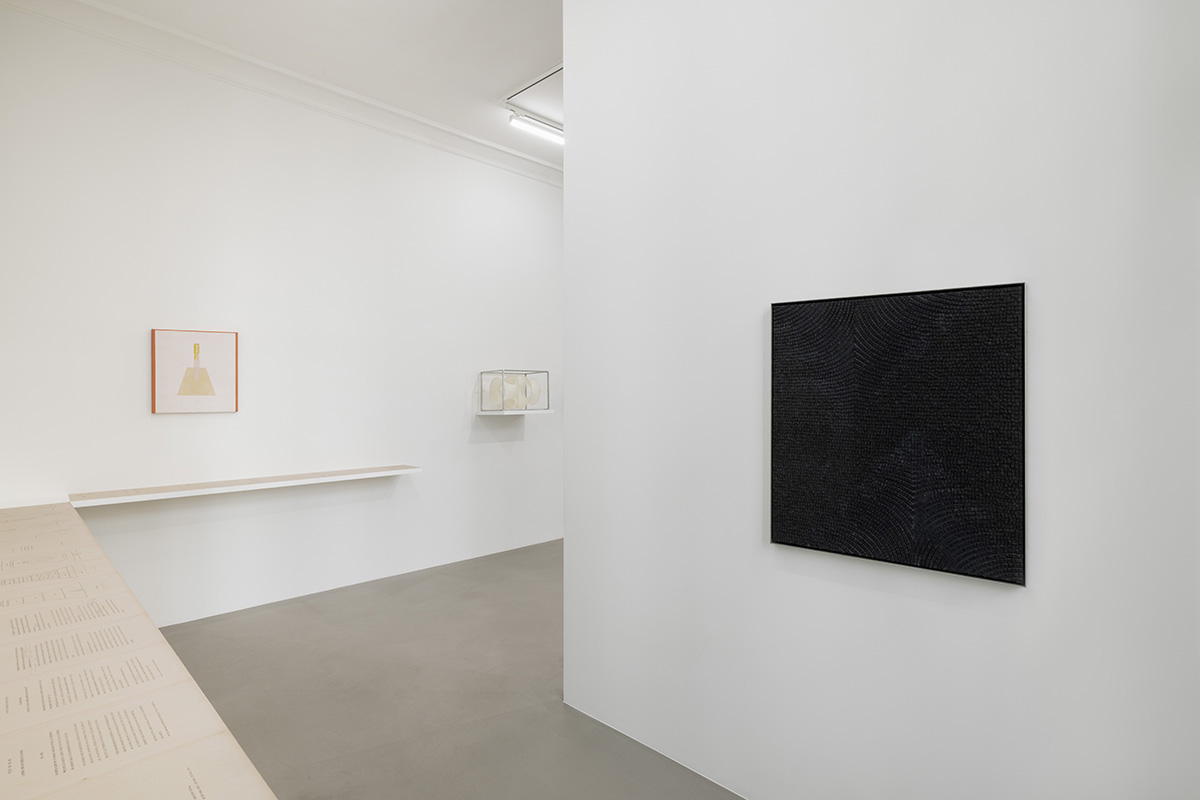 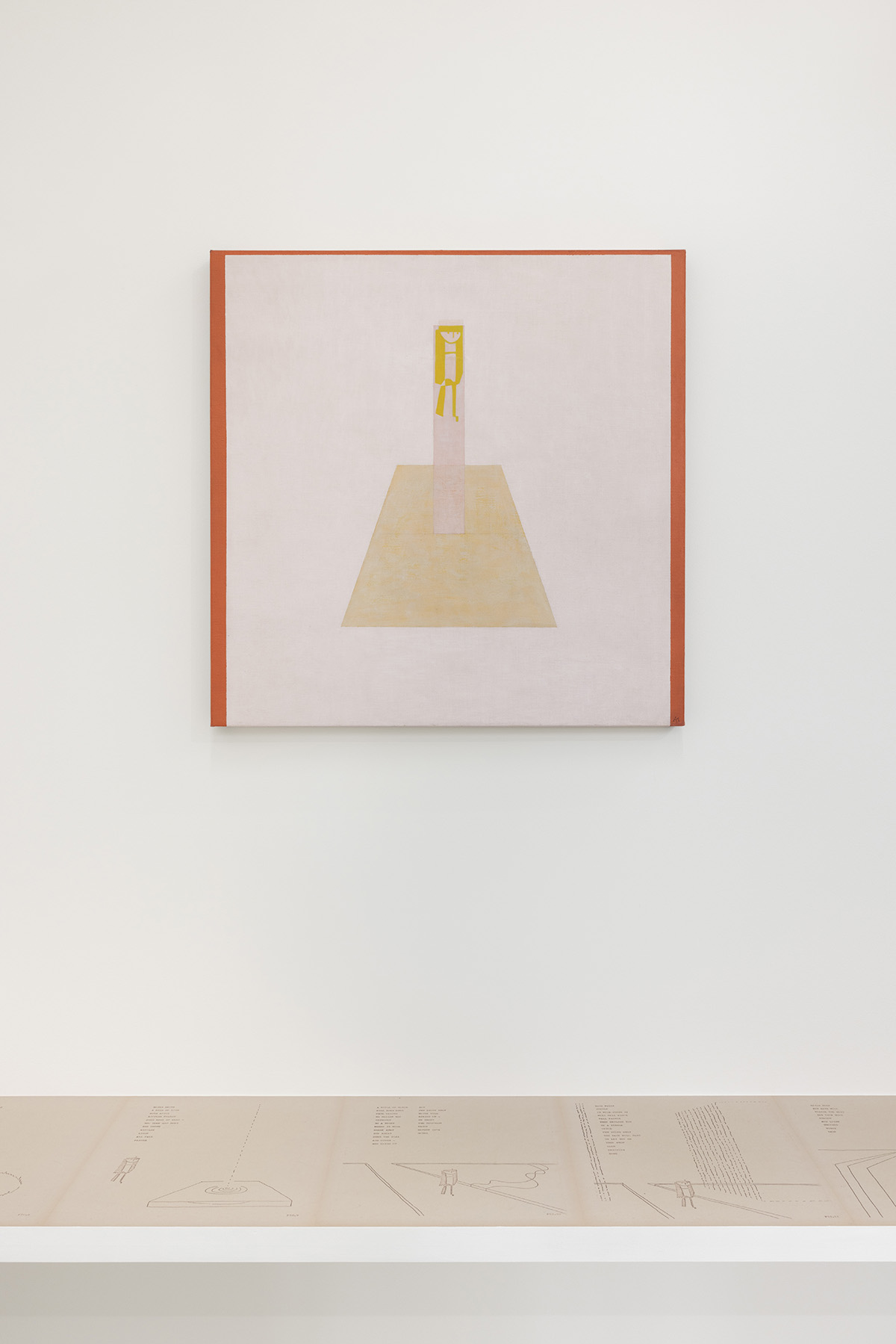 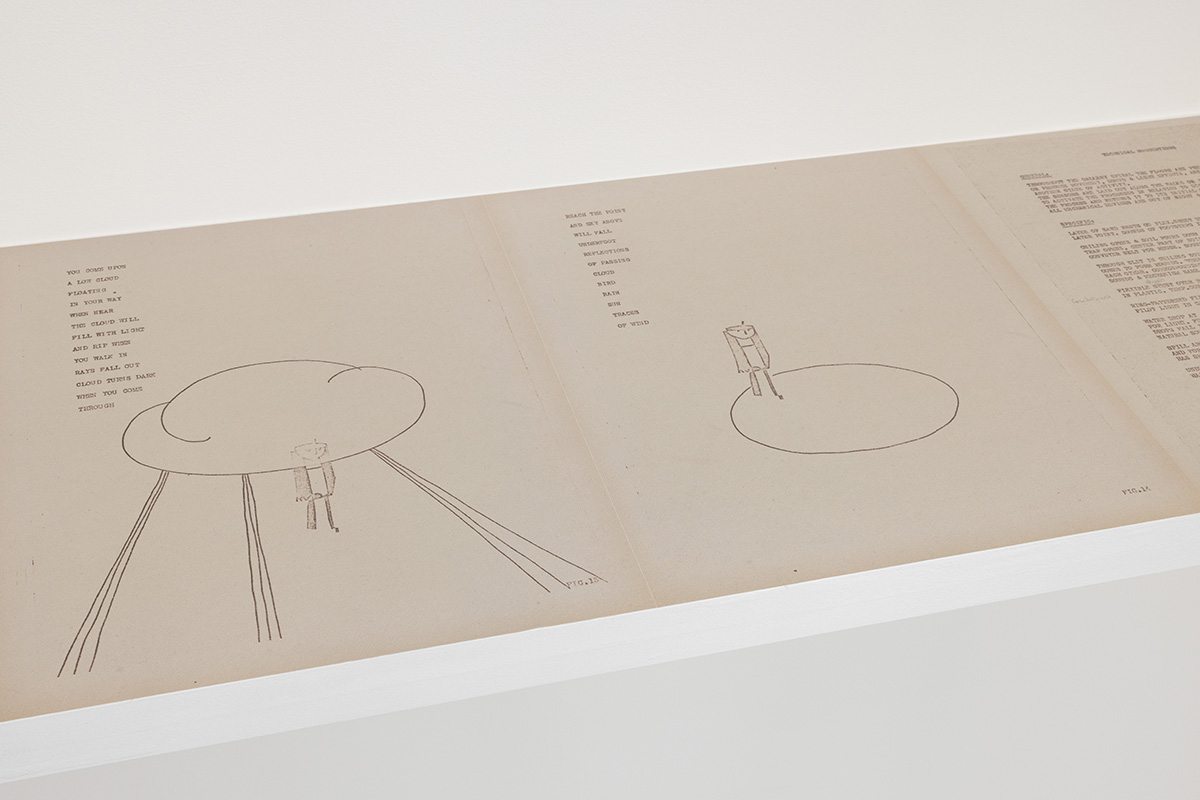 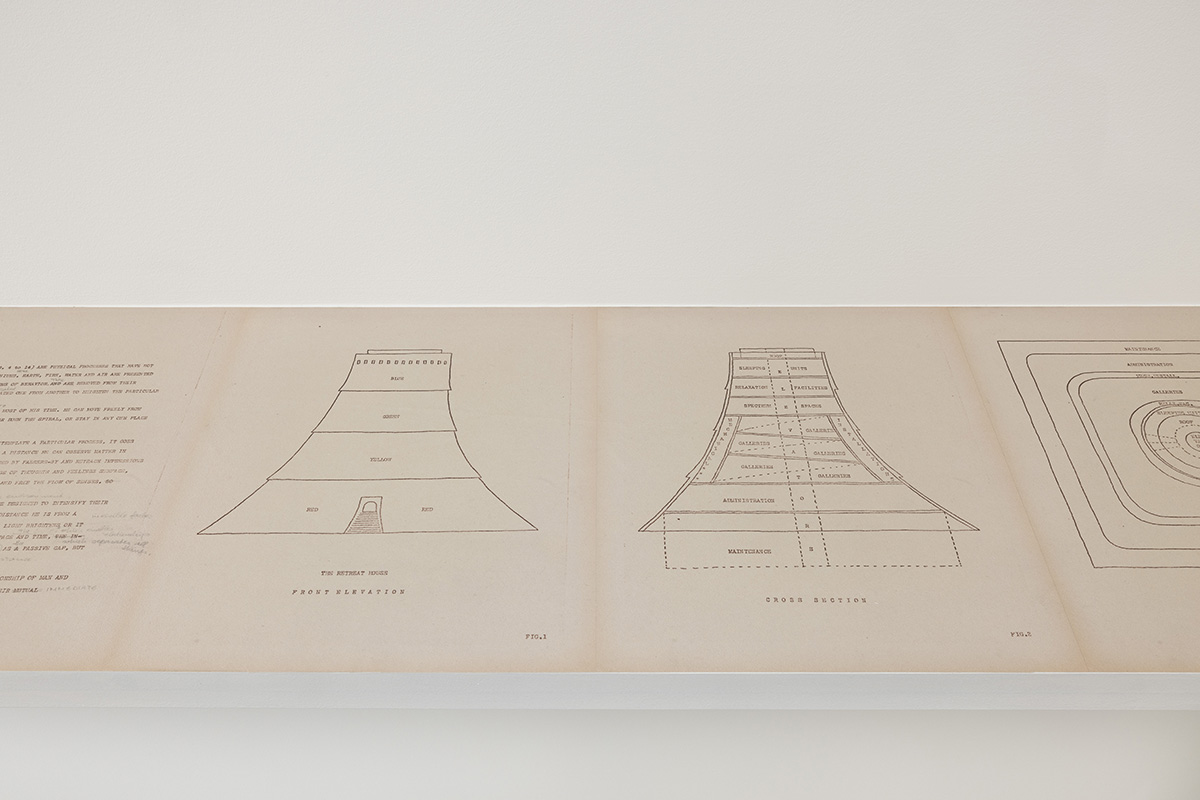 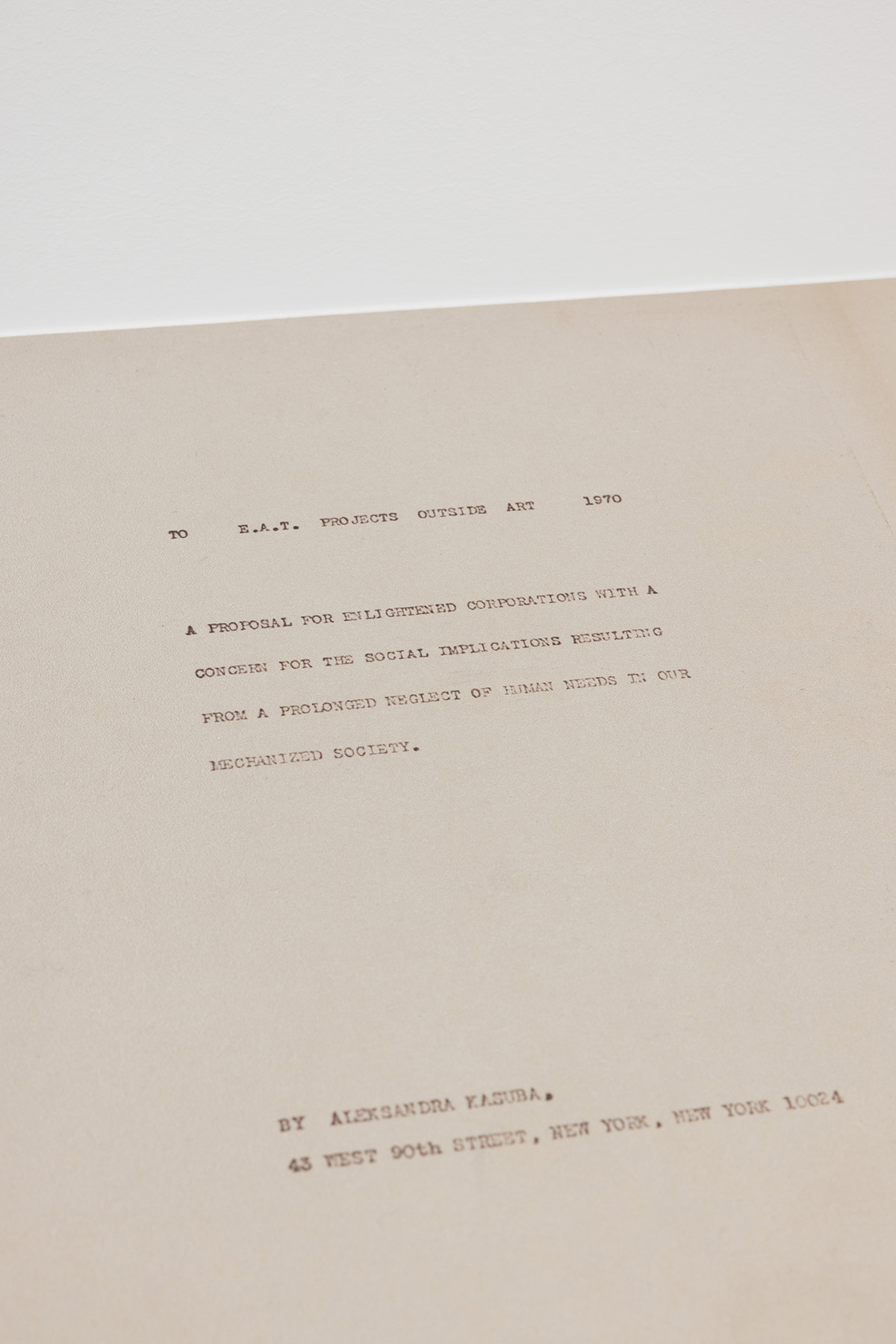 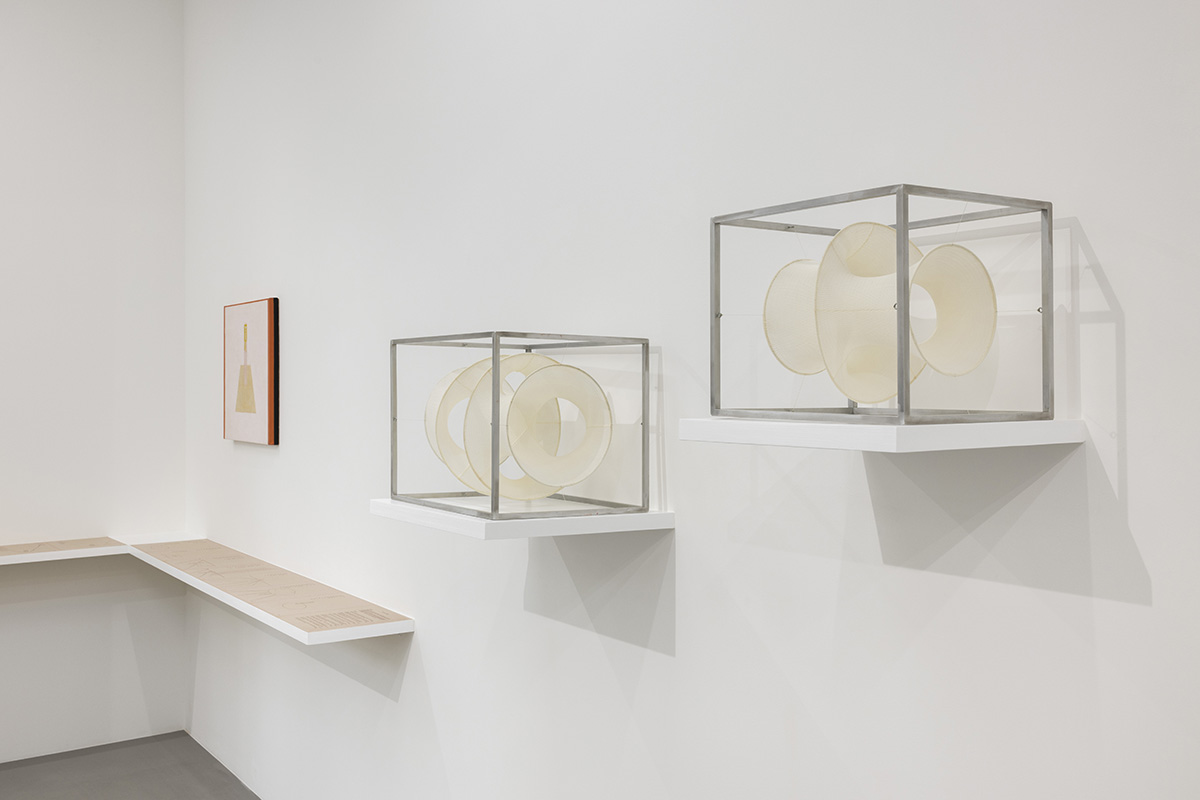 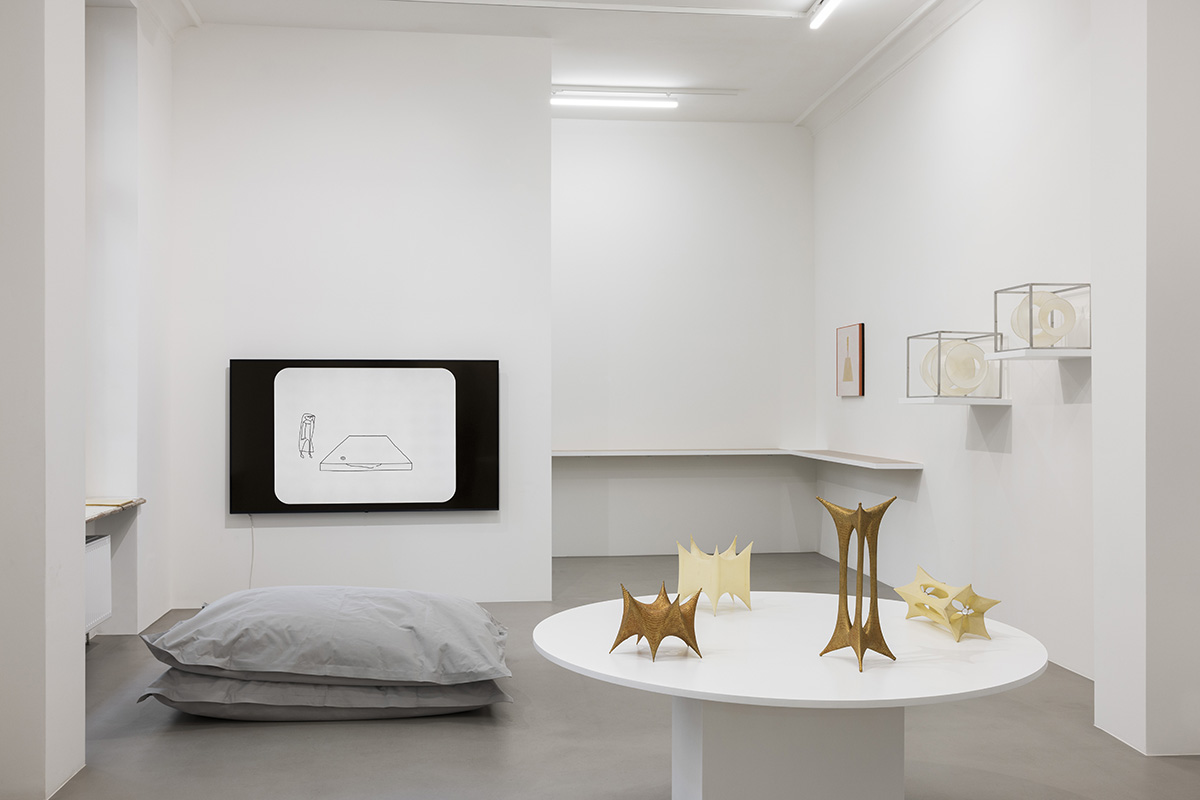 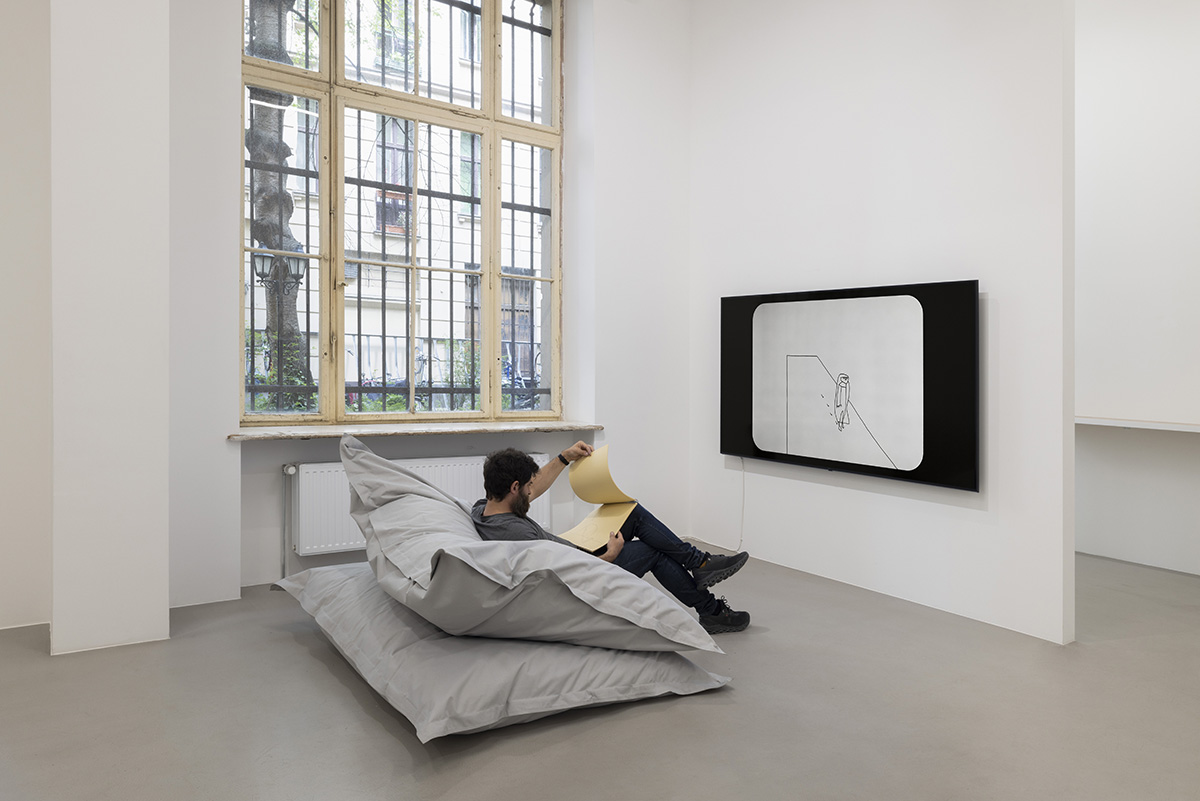 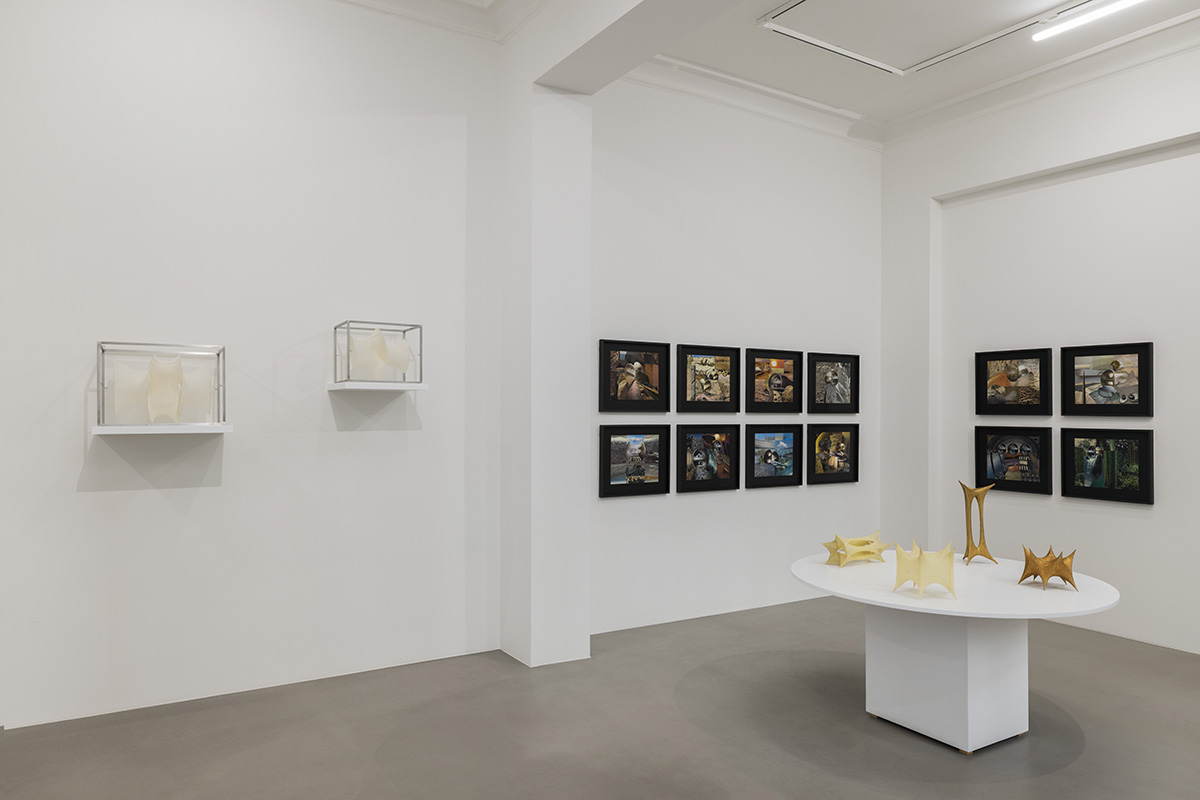 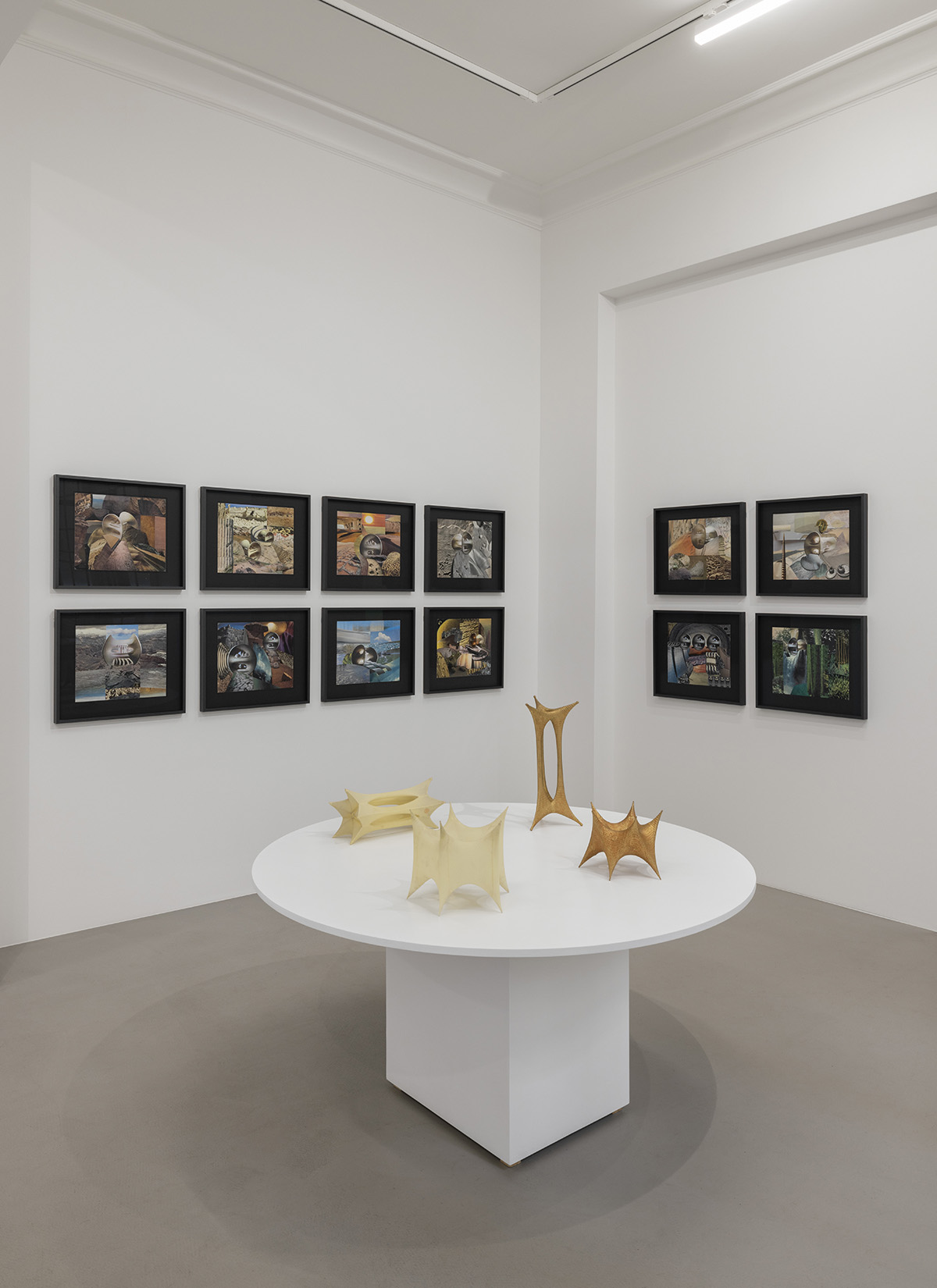 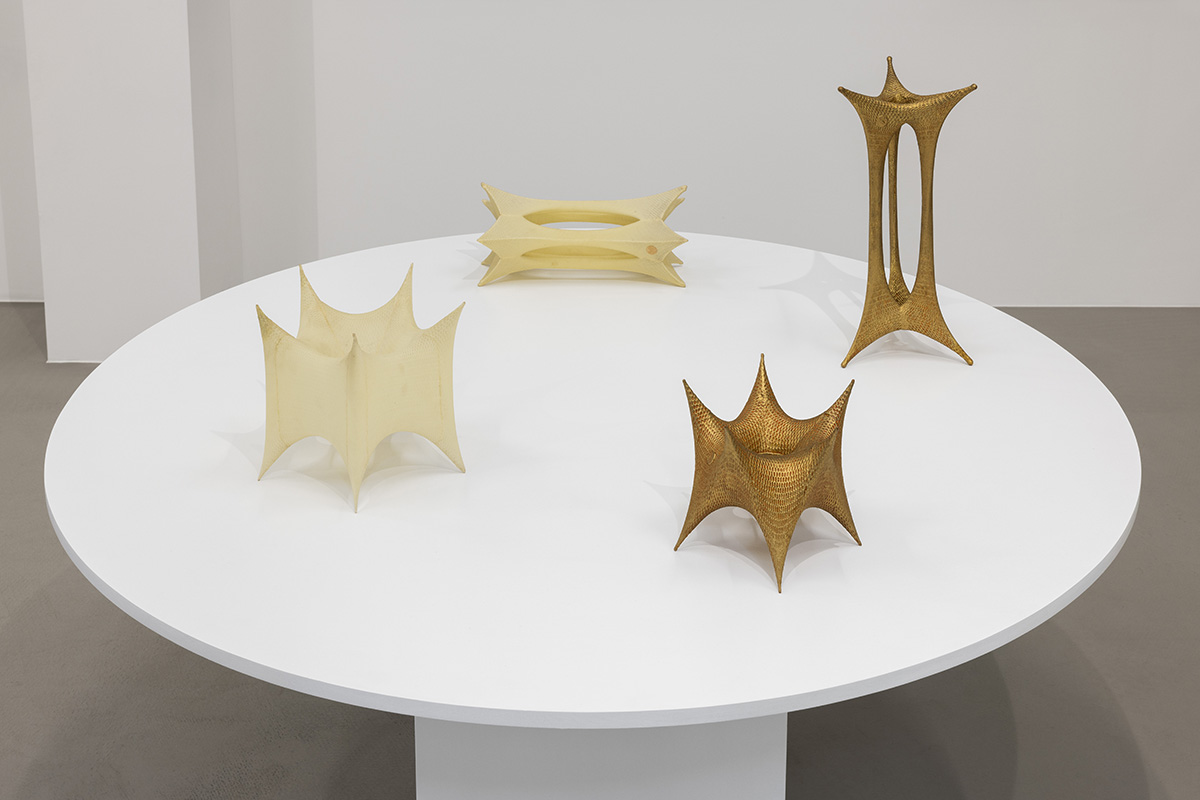 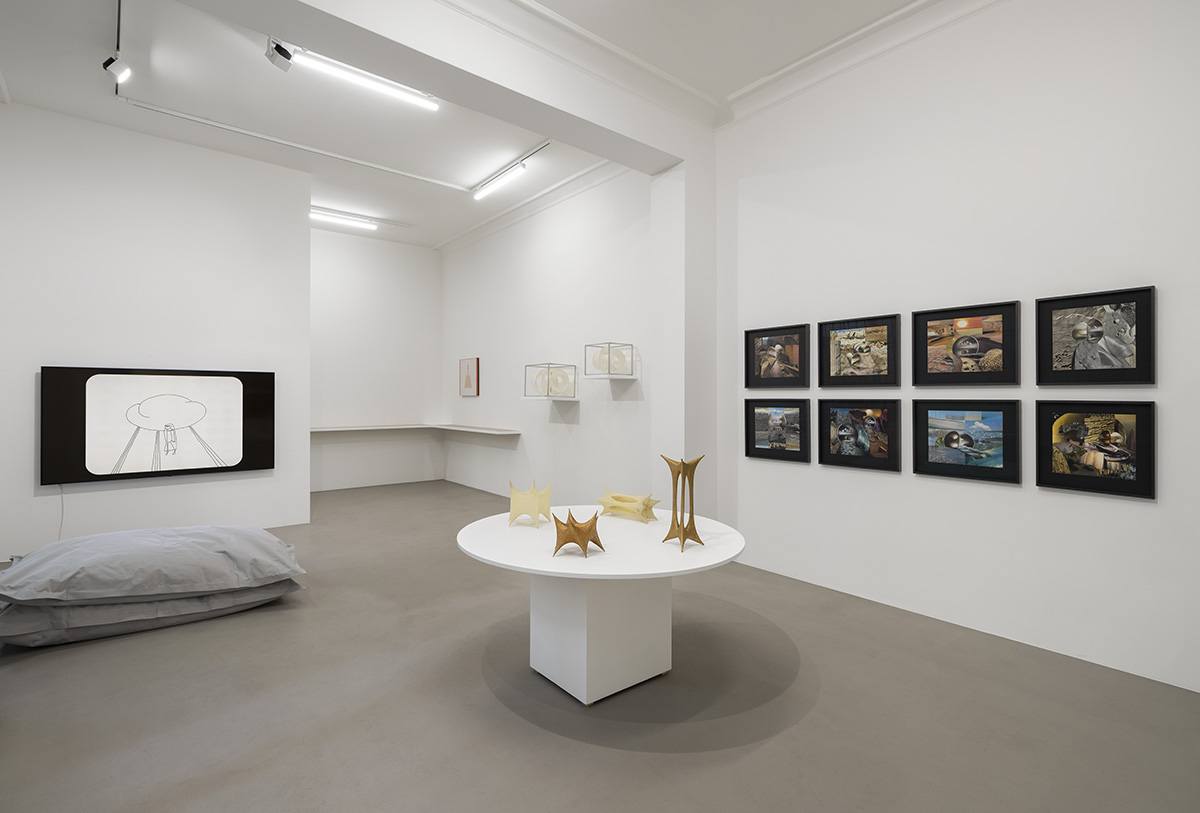