These watercolor paintings made from sea salt depict open form sound scores, made from transcriptions of the sounds of the Pacific Ocean near the cliffs of Palos Verdes. The scores can be performed by anyone, spontaneously, simply by reading and sounding out the text. In 2018, Horvitz installed an enlarged version of the work on a billboard for art|leadâ€™s Billboard Series in Ghent. after a painting from the 1830s by German romantic Caspar David Friedrich that hangs in the Getty Center in LA. 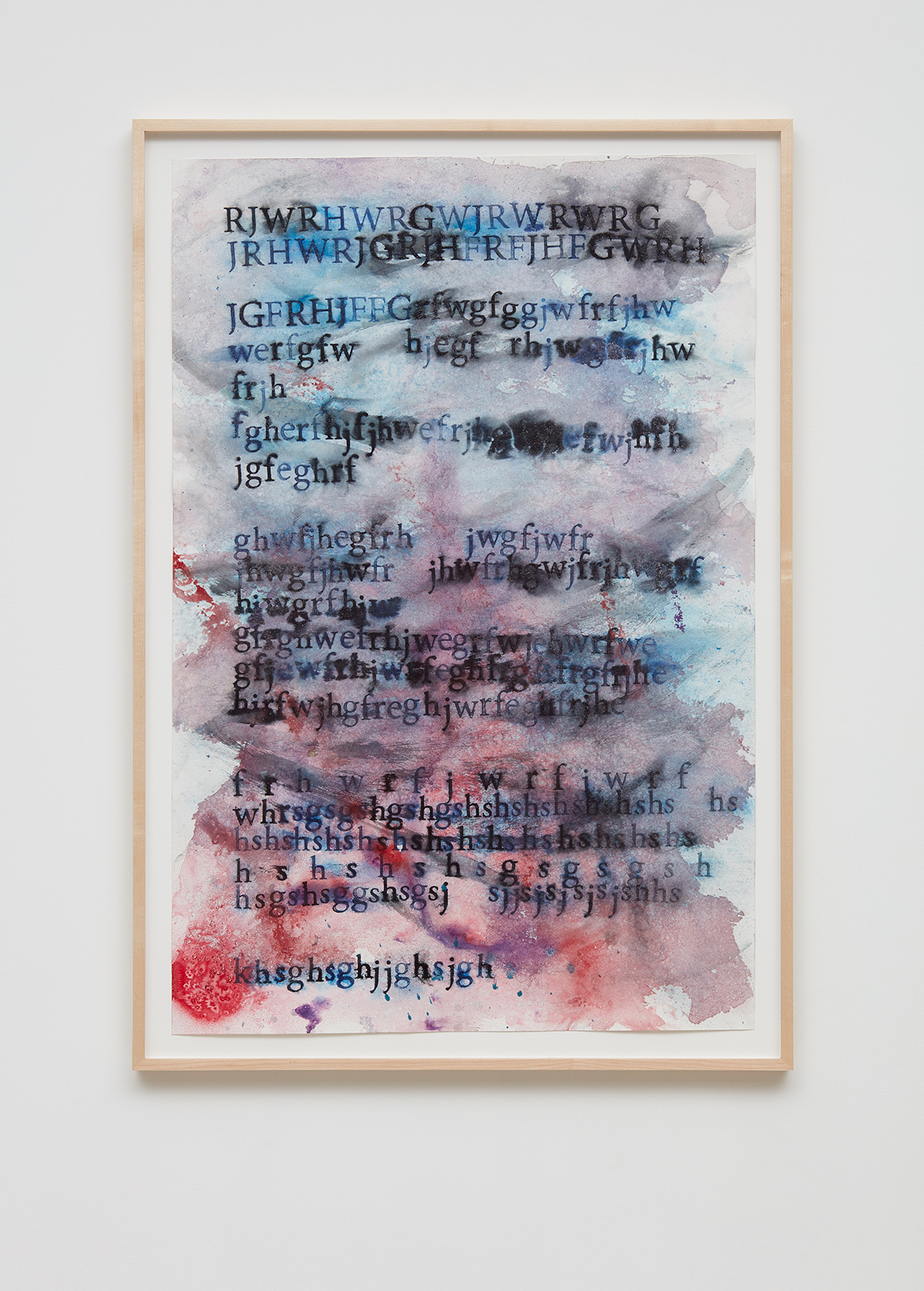