The works in Petrit Halilaj’s series “Very volcanic over this green feather,” originally produced for his 2021 solo exhibition at Tate St. Ives, revisit 38 childhood drawings that the artist made in the Kükes refugee camp in Albania during the Kosovo war (1998–99), when he was thirteen years old.

Together they form an immersive installation that recounts Halilaj’s traumatic experience of the Kosovo War, wrapped in his dreamlike visions of escape. His fantastical landscape of layered images depicts soaring birds, animals and symbols of places far away, simultaneously entangled with fragments of conflict.

In April 1999, Italian Psychologist of Emergencies Giacomo Poli distributed art materials to Halilaj and other children at the Kükes refugee camp, in hopes of providing an outlet for processing trauma beyond words. In 2020, Halilaj rediscovered the drawings he made at the camp in Poli’s archive. Together, they selected, cut out and rearranged elements from Halilaj’s childhood drawings, which were then made into large-scale, hanging images for the exhibition. “Very volcanic over this green feather” reveals the complicated relationship of reality and imagination, and the space between the often divergent perspectives of official histories and lived experiences. 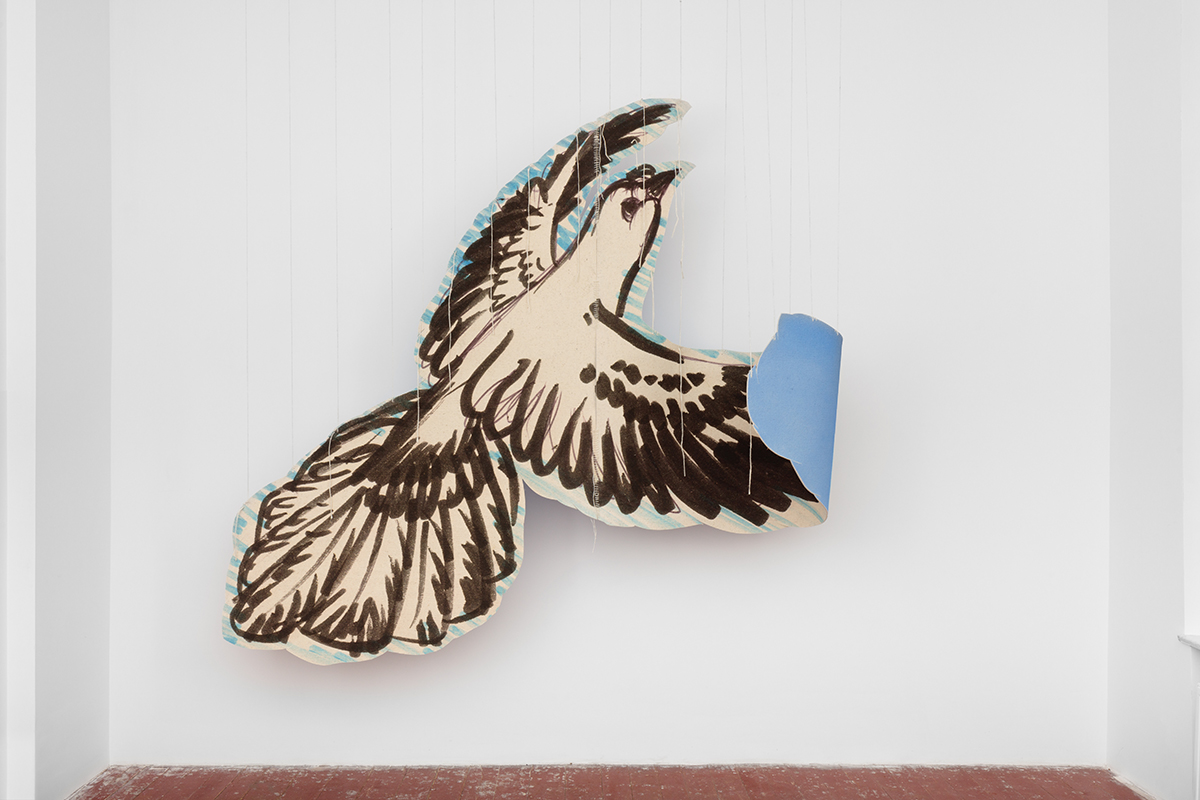