The gouache and pen work alludes to Max Ernst’s Ubu Imperator, a 1923 painting by the Dadaist artist which depicts a mythic anthropomorphic figure in a vast desert. Here, Mr. Peanut appears to hold a magical orb while standing in the solitary landscape.
The ever-expanding body of work that is Vincent Trasov’s Mr. Peanut drawings began as a palm-sized flip book, which evolved into a 16 mm film of the Planters Peanuts corporation’s brand icon tap-dancing. The drawings, produced over the past twenty years, depict Mr. Peanut infiltrating scenes of historical, geographical and artistic contexts, as a symbol which has lost its original meaning and which since has taken on a myriad of new associations. 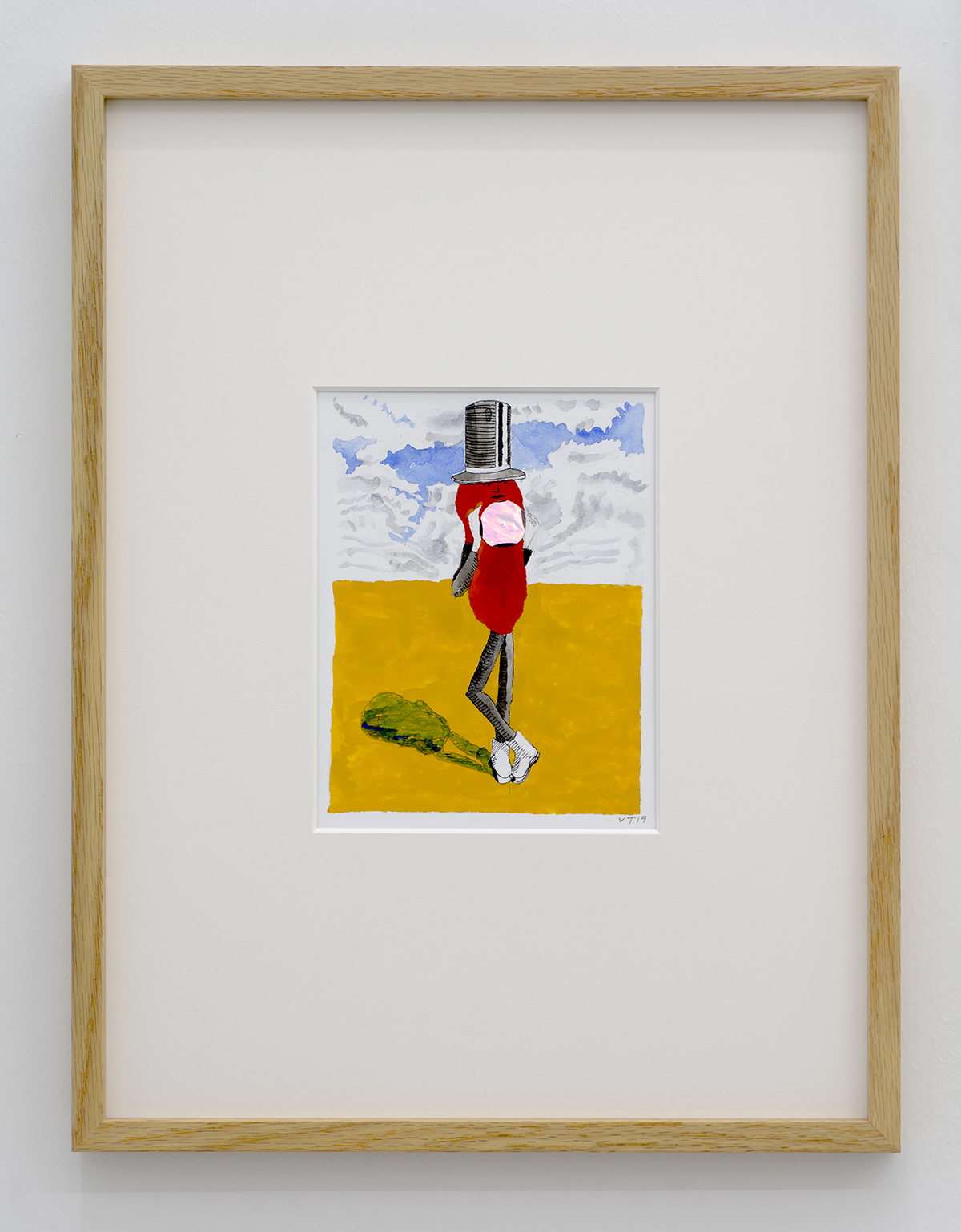