The building photographed was designed by Heinz Grafunter as part of the Alextreff center on Rathausstraße and was colloquially known as the Stelzenhaus (Stilt house).

Built between 1967 and 1970, it is one of the many multi-purpose buildings following the urban planning philosophies of the Bauhaus and the architects that followed, such as Helmut Stingl. Its triangular roof can also be seen in other buildings in Germany including Gerhard Lehmann and Rüdiger Plaeth’s Ahornblatt (Maple Leaf), built between 1970 and 1973.

After the German reunification, the facades and interior of buildings on Rathausstraße were extensively renovated. By the 90s, Alextreff complex was primarily known as a club. The city of Berlin later sold the property to an investor, who demolished the Stelzenhaus and built a Cubix multiplex cinema in its place in 2000 and 2001. These photos were captured shortly before the building was torn down, giving a certain sense of anticipation to the vacant building.

This series is one of the many photographs Frick took of Berlin’s changing architecture, a representation of both the political shift and social flux towards the end of the millennium. In this photo, the graffiti-adorned Stelzenhaus stands with the Berliner Fernsehturm in the background – once a symbol of national power, now radically transformed into that of a reunited city. 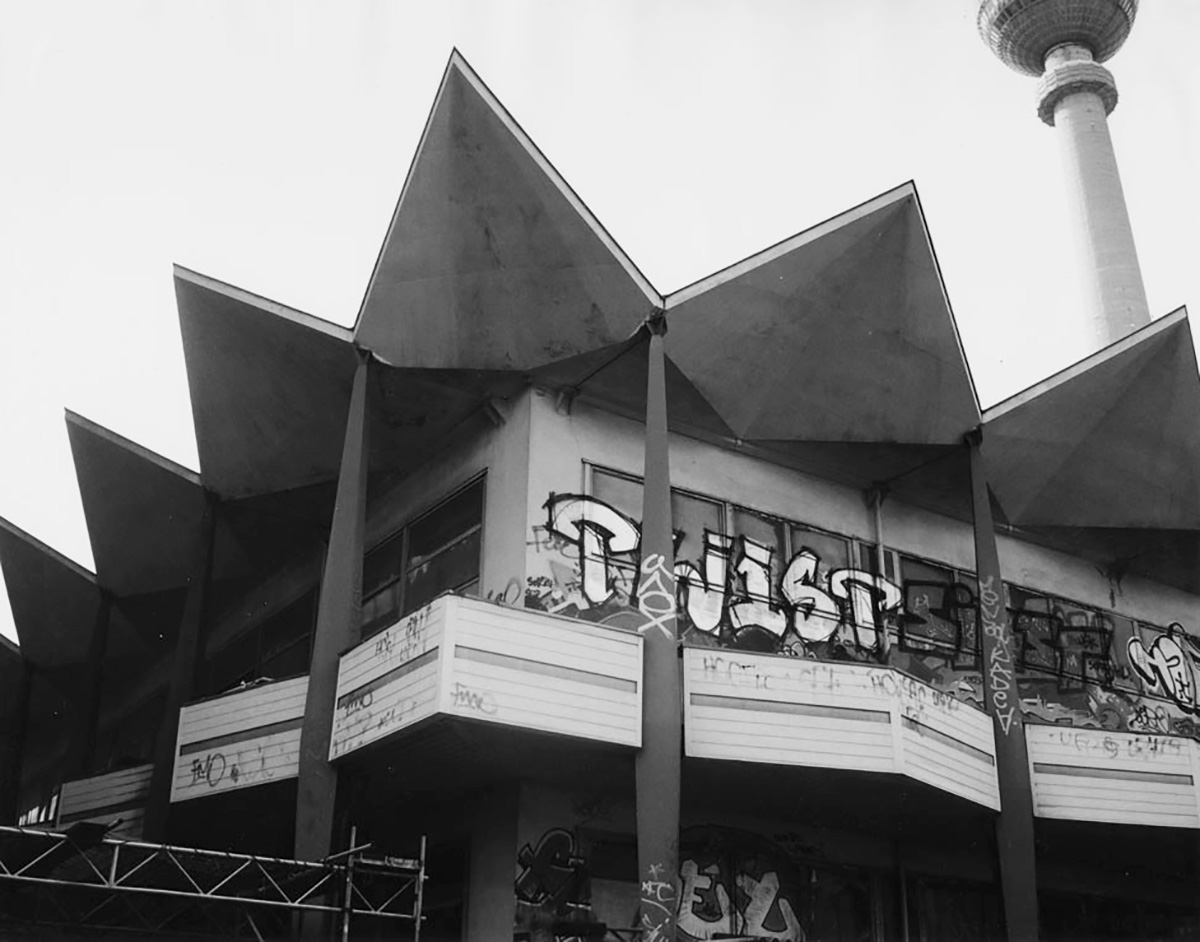 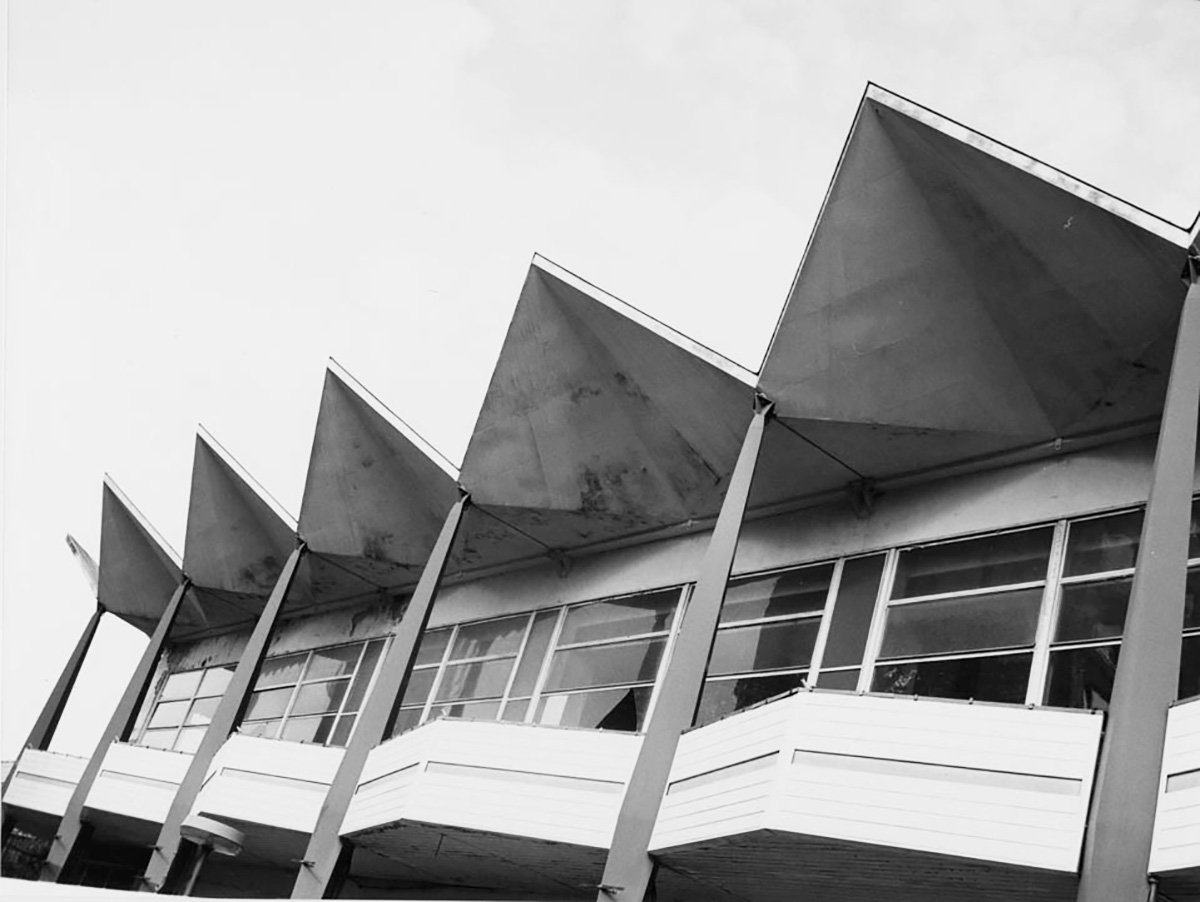 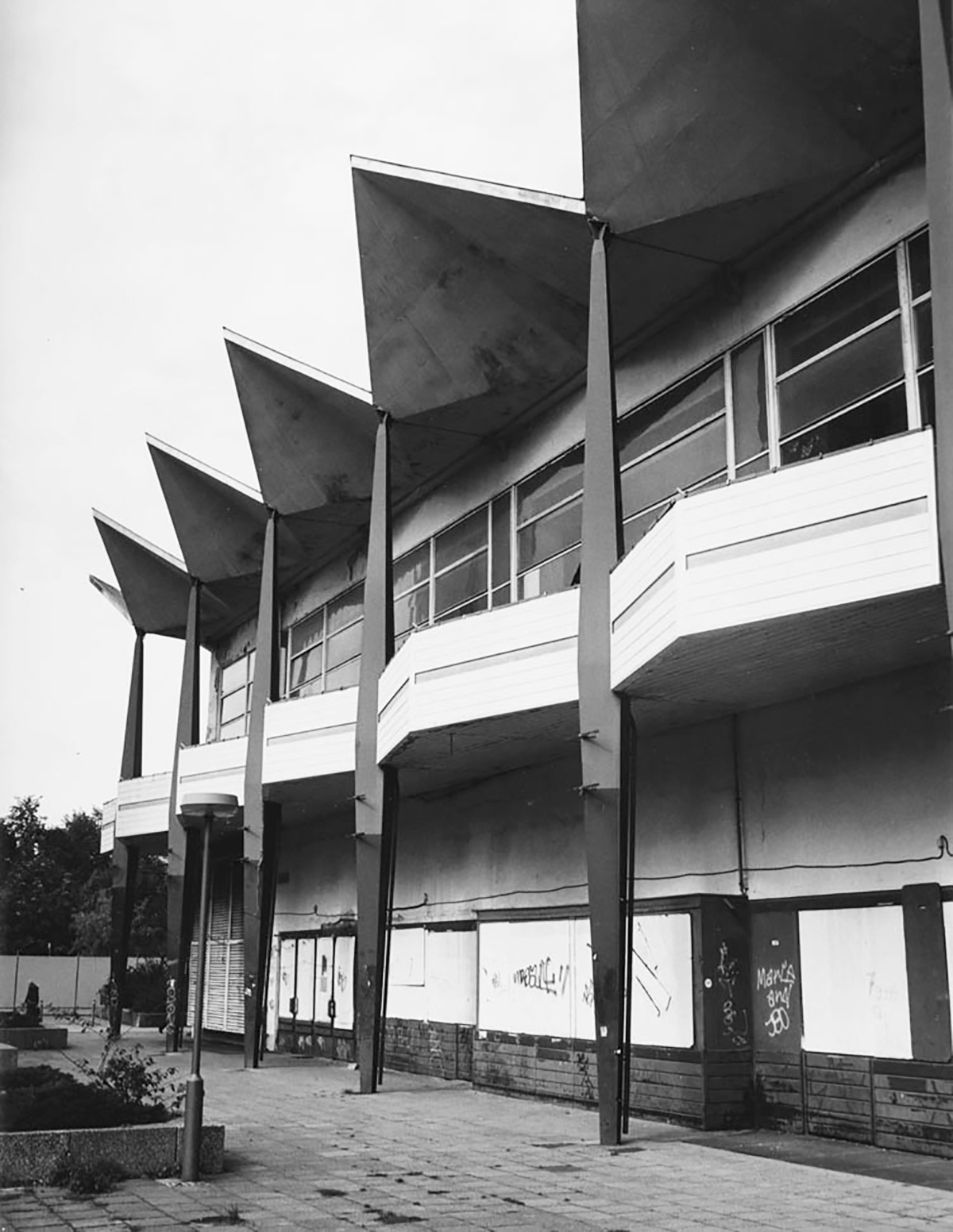