In Catholic circles, the term “holy body” or reliquiae refers to those bodies extracted from various ancient cemeteries and catacombs and then transferred as relics of martyred saints to various locations in and outside of Italy. Placed mainly in a lateral lying position – as Scherer also reproduces them – the classic jewelry and ornaments are replaced with contemporary memorabilia and clothing. The structure of the painting itself, which at first glance evokes the vitrines in which catacomb saints are traditionally displayed in churches – rather alludes to the architecture of fashionable storefronts.

Using this visual escamotage the artist, already a master of ambiguity and opposing elements, brings into view a balance between the sacred and the profane, between religious and pagan tradition, belief and commerce – dualities of which both sides strongly mark the Italian cultural territory, where these two paintings are exhibited for the first time. 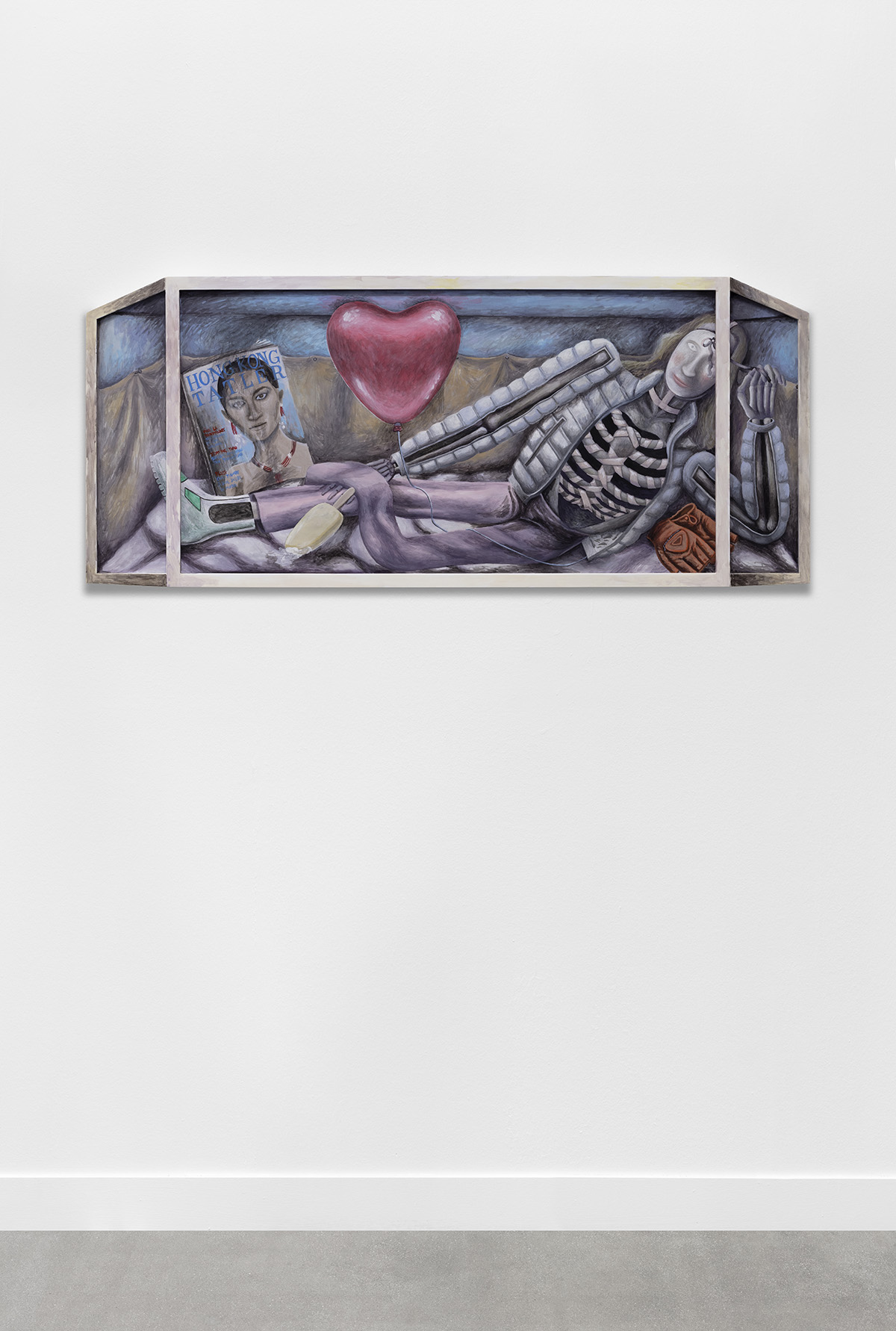