Several birds fly away when they understand it (Inventory Cards VII), 2013

drawings on inventory cards from the Museum of Natural History of Kosovo.

One panel composed by 9 inventory cards.

The drawings from the series Several birds fly away when they understand it depict images from the bird archive of the former Natural History Museum of Kosovo (whose story was the subject of the exhibition Poisoned by men in need of some love). Creating risographs of original photographs of the birds, which were found in the archive of the former Museum of Natural History of Pristina, Halilaj modified the prints by hand-painting ornate, exotic masks on them in an effort to restore dignity and beauty to the forgotten taxidermic creatures. The drawings and risograph prints were made on inventory cards found in the Natural History Museum of Kosovo. Poisoned by men in need of some love revolves around the lost taxidermic collection of the former Museum which, after the Kosovo War and Kosovo’s subsequent establishment as the Republic of Kosovo, was discarded in favor of a more nationalistic display that replaced the animals in the Ethnographic Museum of Kosovo. 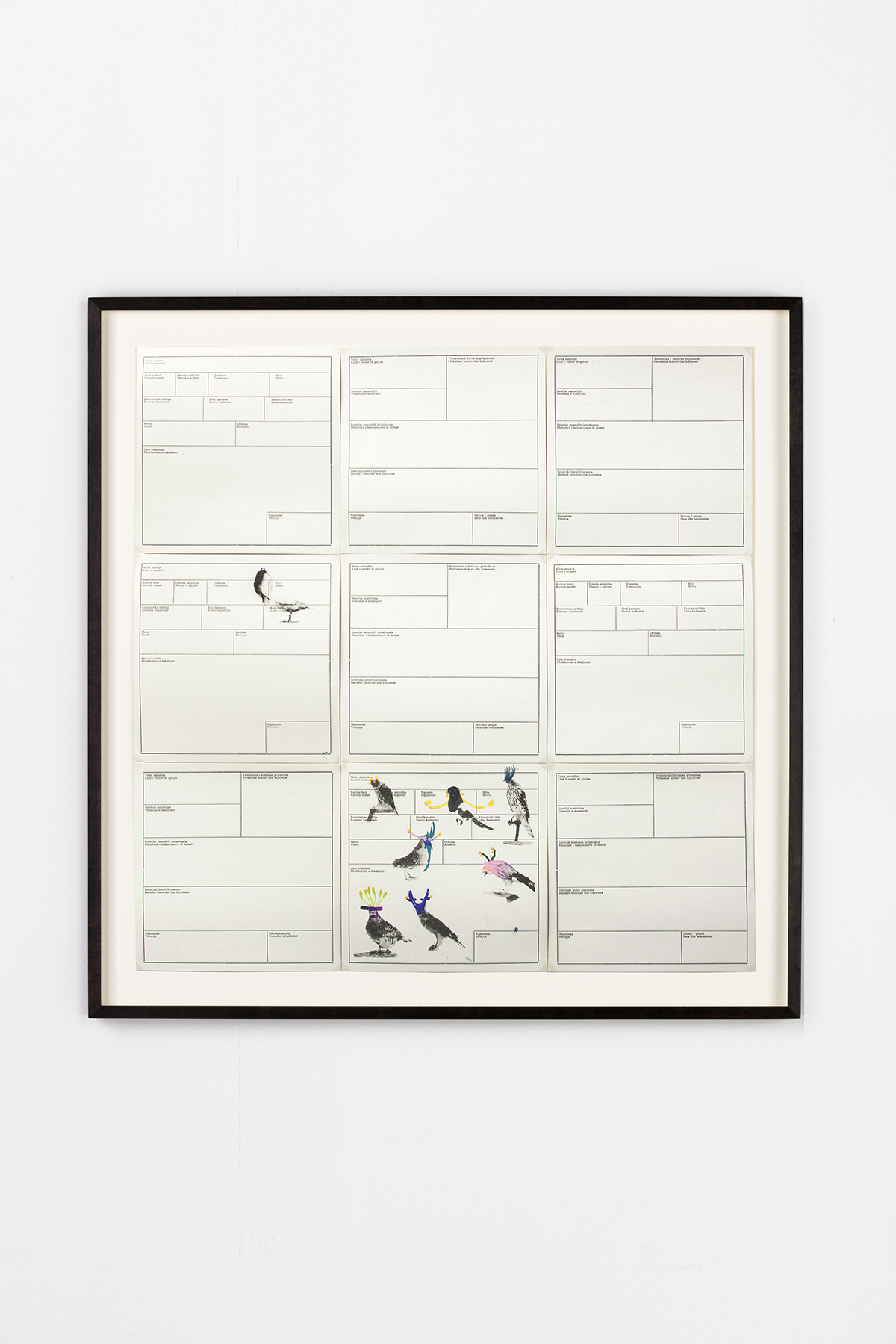 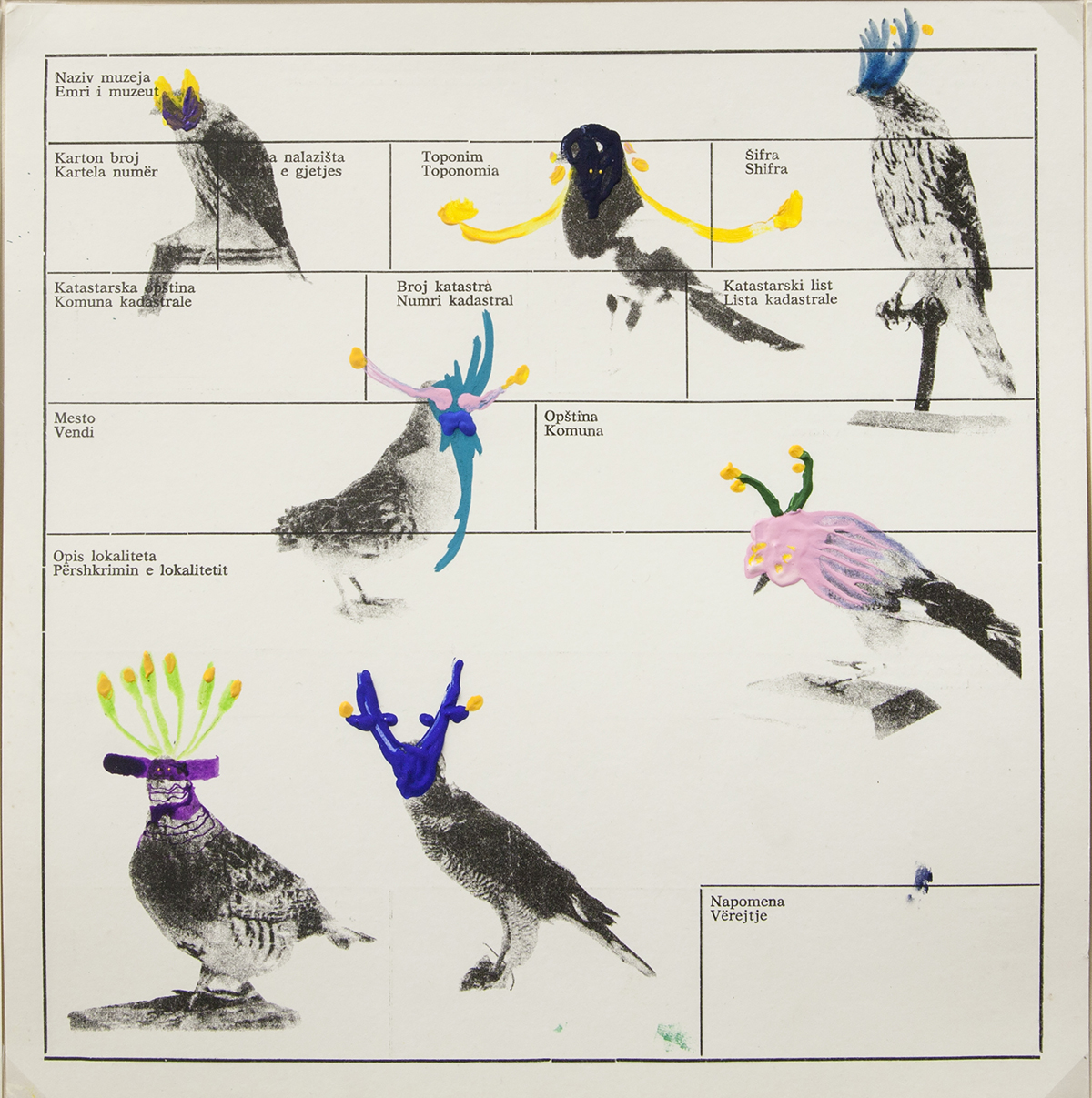 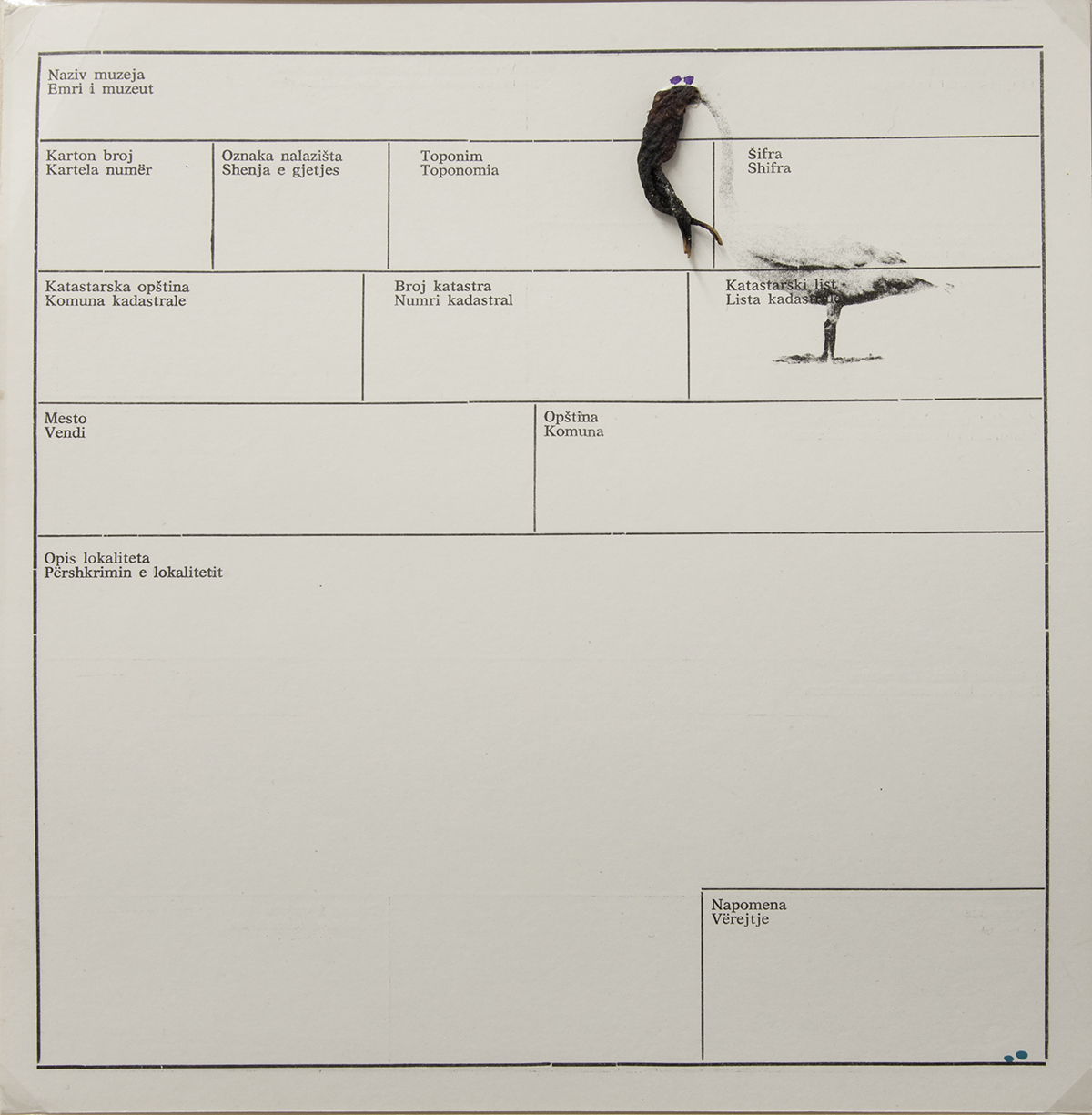