Frick took this photograph of Alexis at the UFA Fabrik in 1995 after the performance of Frauen schlafen nie (Women never sleep), a theatre adaption of the 1939 American feature film directed by George Cukor. Exuding radiance, Alexis stands with eyes closed wearing a delicate diadem, cast in the lustrous glow of the camera’s flame-like exposure.

The former site of UFA films, the UFA factory took on a new identity in 1972, when a community of musicians, dancers, acrobats, clowns, and other artists moved in and converted the space into an experimental ground for artists to meet and to create work. 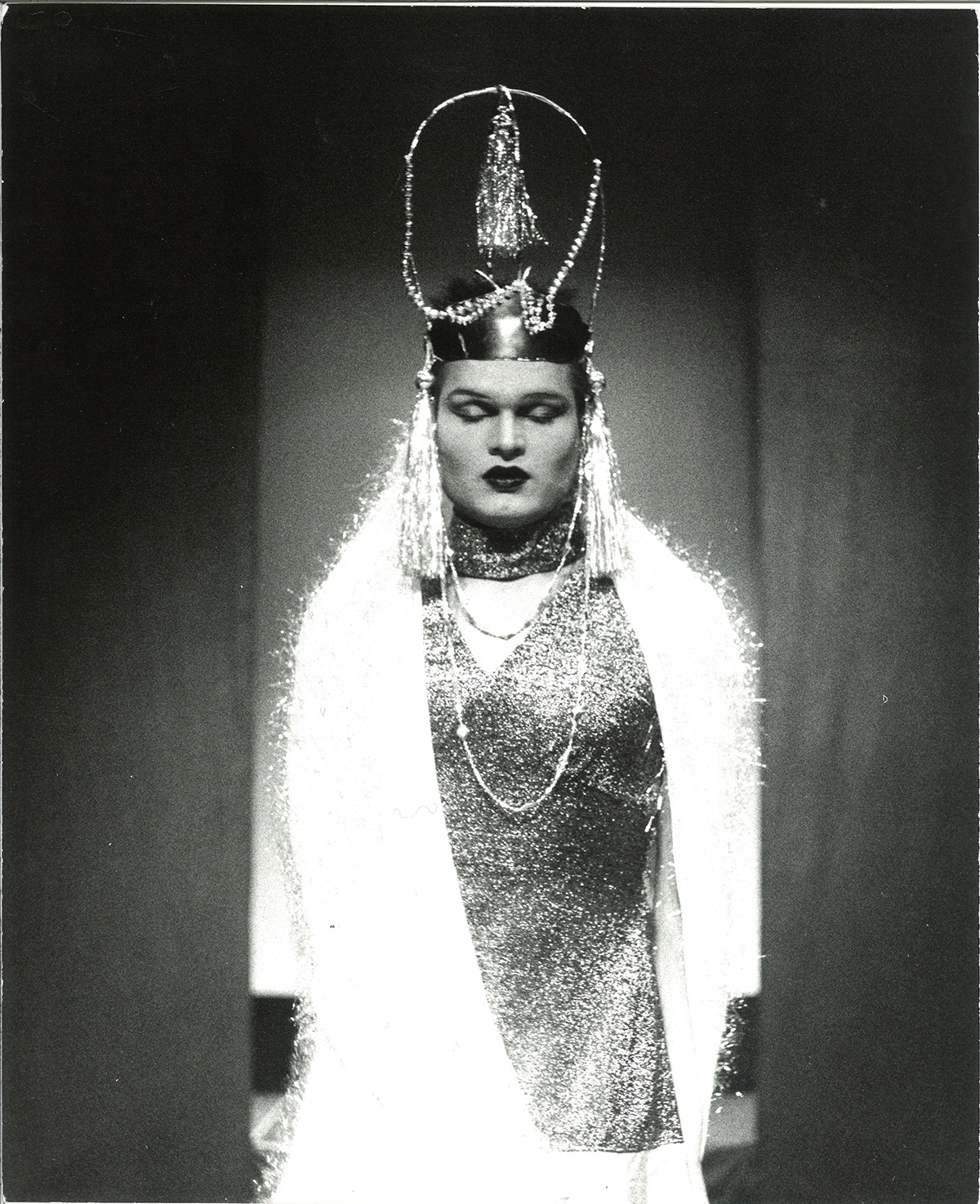 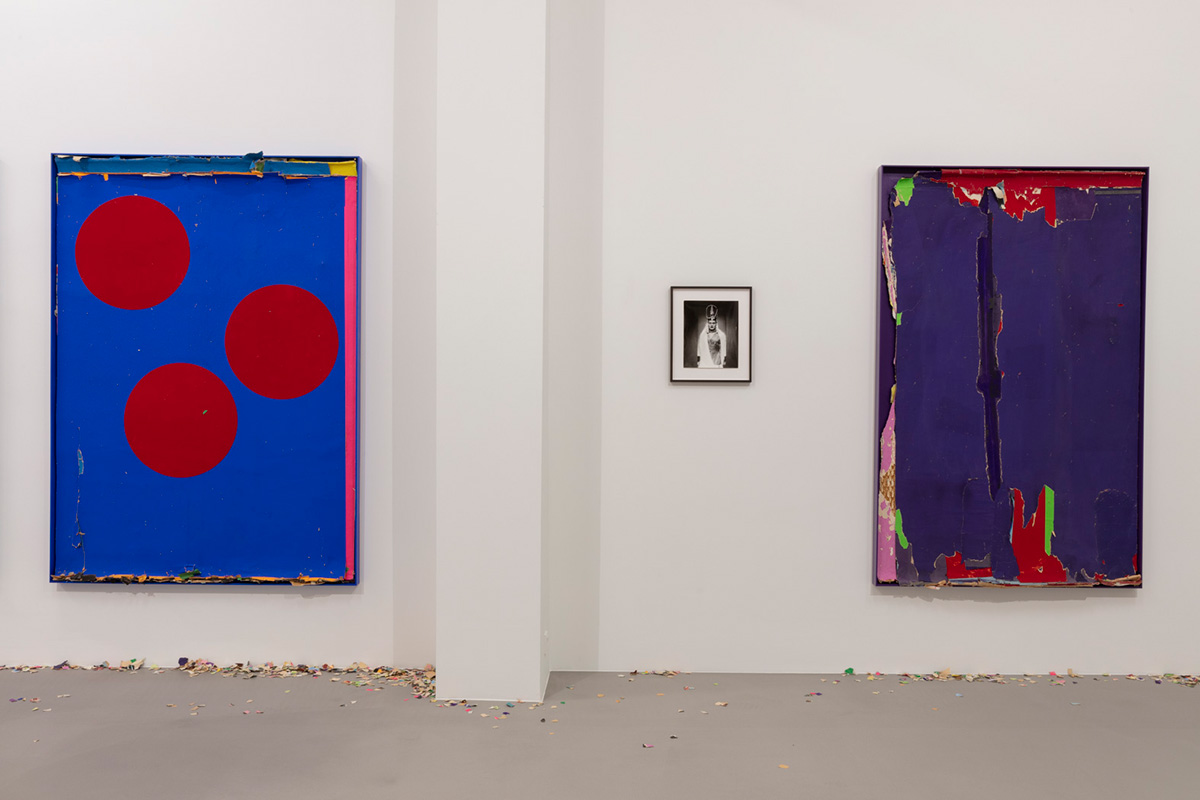