The sculptures of the series Poisoned by men in need of some love are hand-sculpted copies of many of the taxidermy animals once displayed in the former Natural History Museum of Kosovo.

Funded in 1951, the museum existed until 2001, when an official decree ordered that the museum’s entire animal collection would be removed and stored in a rather unsafe way, behind hidden doors in various cellar-like storage facilities. The artist discovered the the lost museum collection and its destroyed animals between 2011 and 2013. The video July 14th documents step by step their rediscovery.

The sculptures are made from a mix of earth and animal excrement, partly from the artist’s native Kosovo, and based on the found photographs portraying the state of the animals before they were removed. Copies from photographic copies of already dead originals, they convey a sense of absurdity, levity, but also incredible tenderness.

Halilaj’s project attempts to give the museum and its specimens another life and a renewed political resonance. 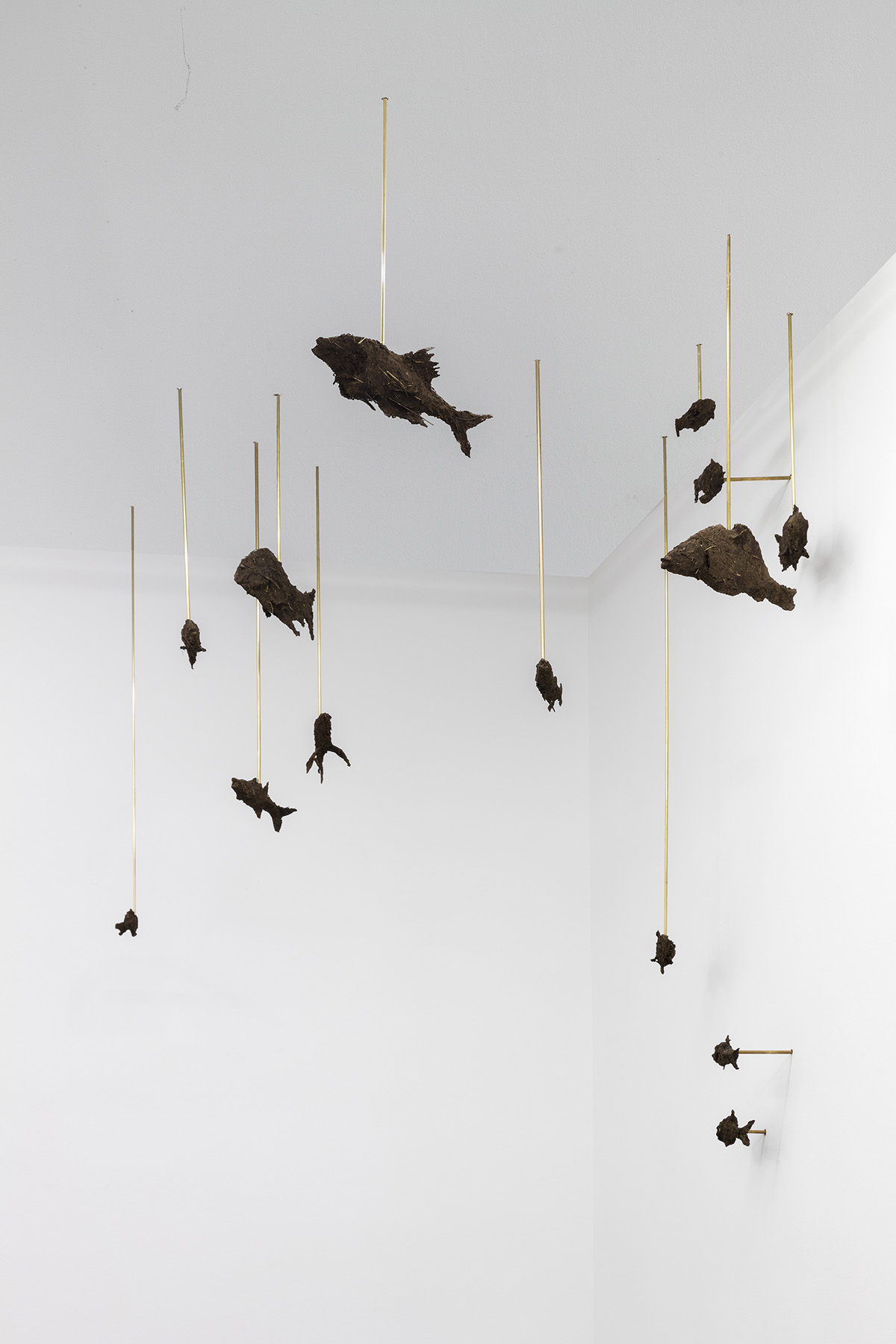 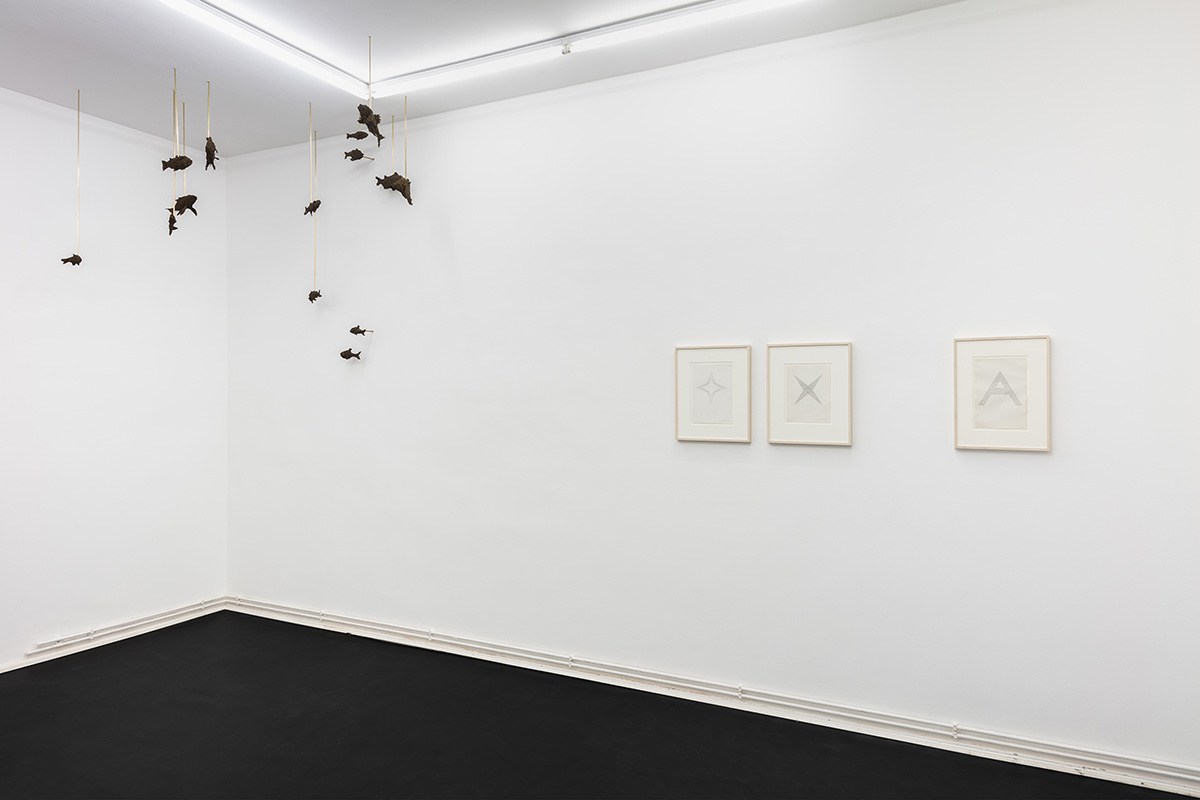 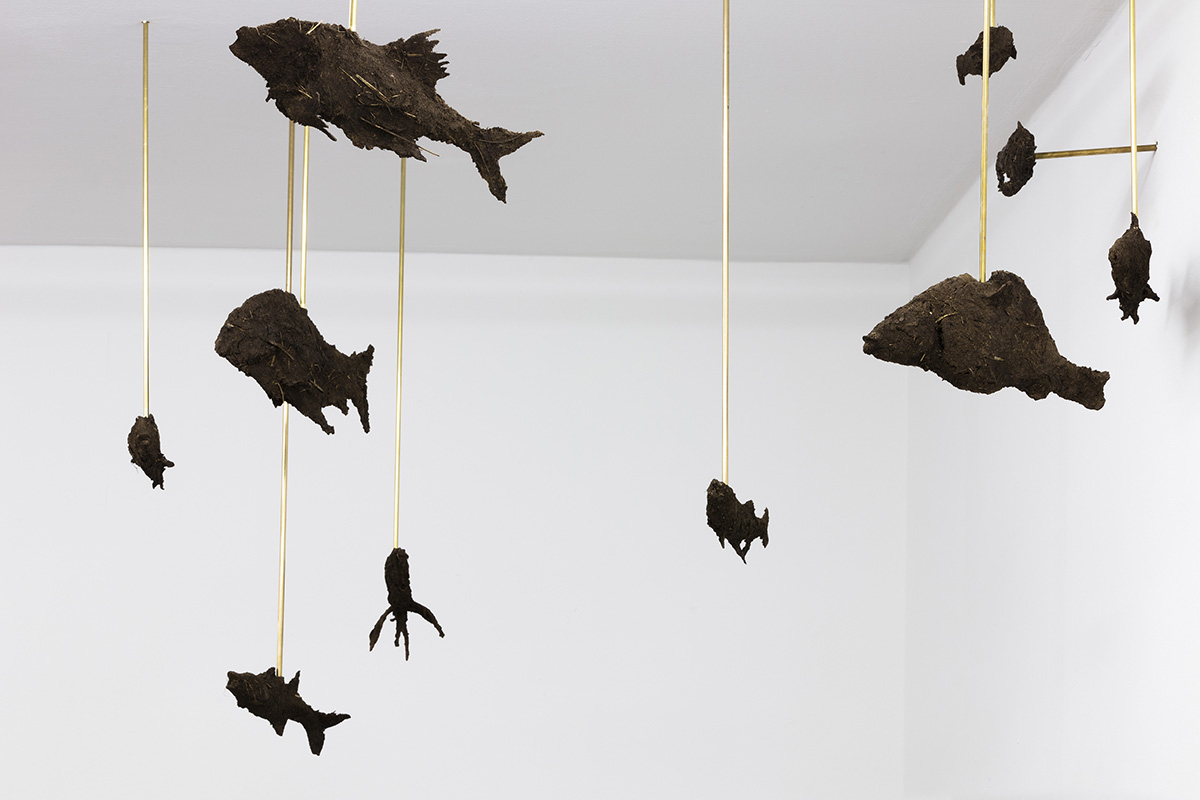 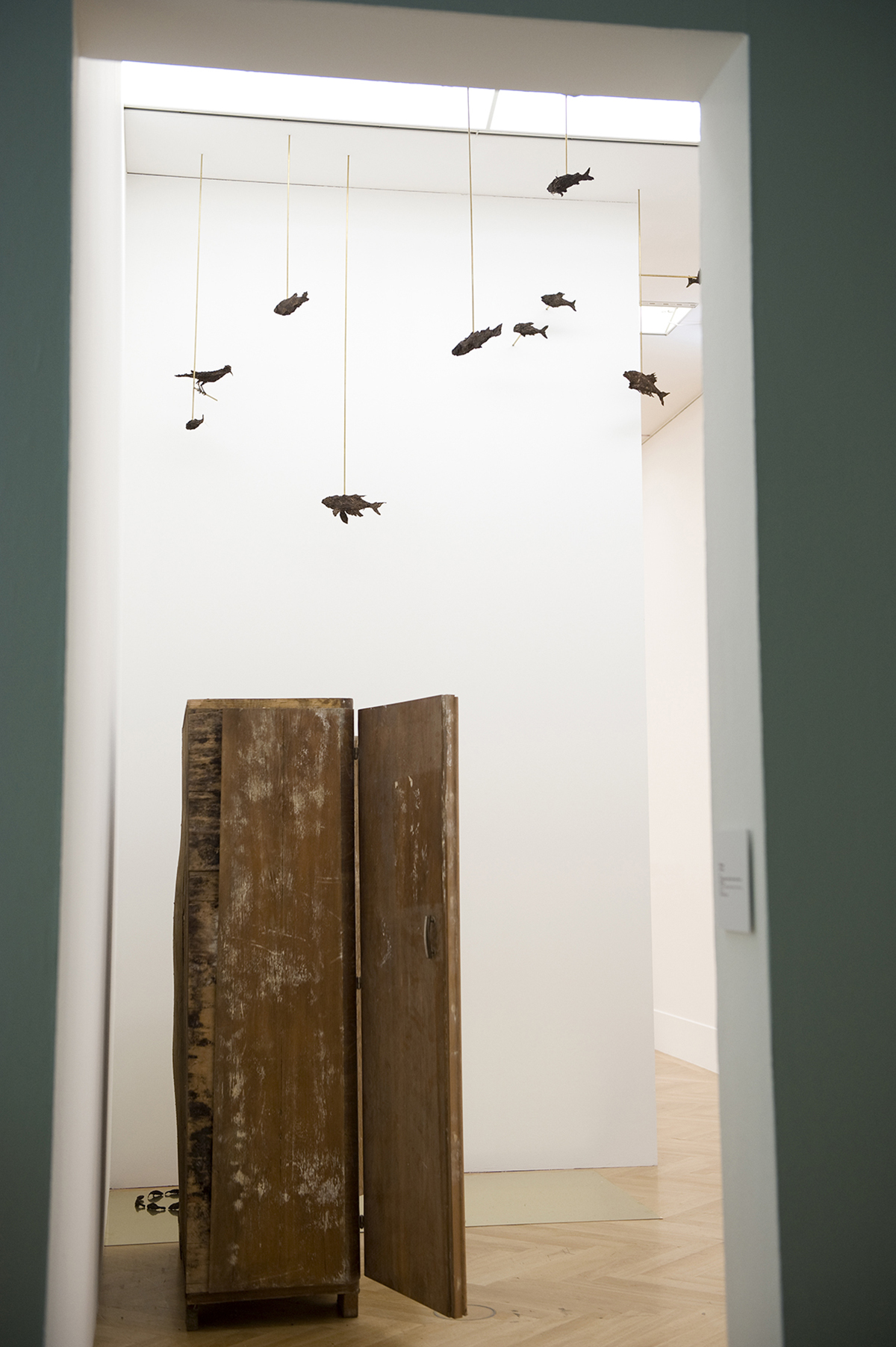