Petra Krause was another important performer in Berlin’s queer nightlife. Krause was among the performers part of the Teufelsberger performance group. Their most famous theater presentation was called “Crocodiabalo”, which was shown at major venues across Berlin.

The night this photo was taken was an important turning point in Frick’s career, the first night she saw her soon-to-be dear friend and collaborator Gunter Trube performing. Taken at the Checkpoint Theater in 1995, it was also one of the first times Frick photographed a drag show, which would be followed by a series of works documenting drag performers outside of their club locations. The performance that night was “Trinklieder, die zum Tode führen” (“Drinking songs that lead to death”). 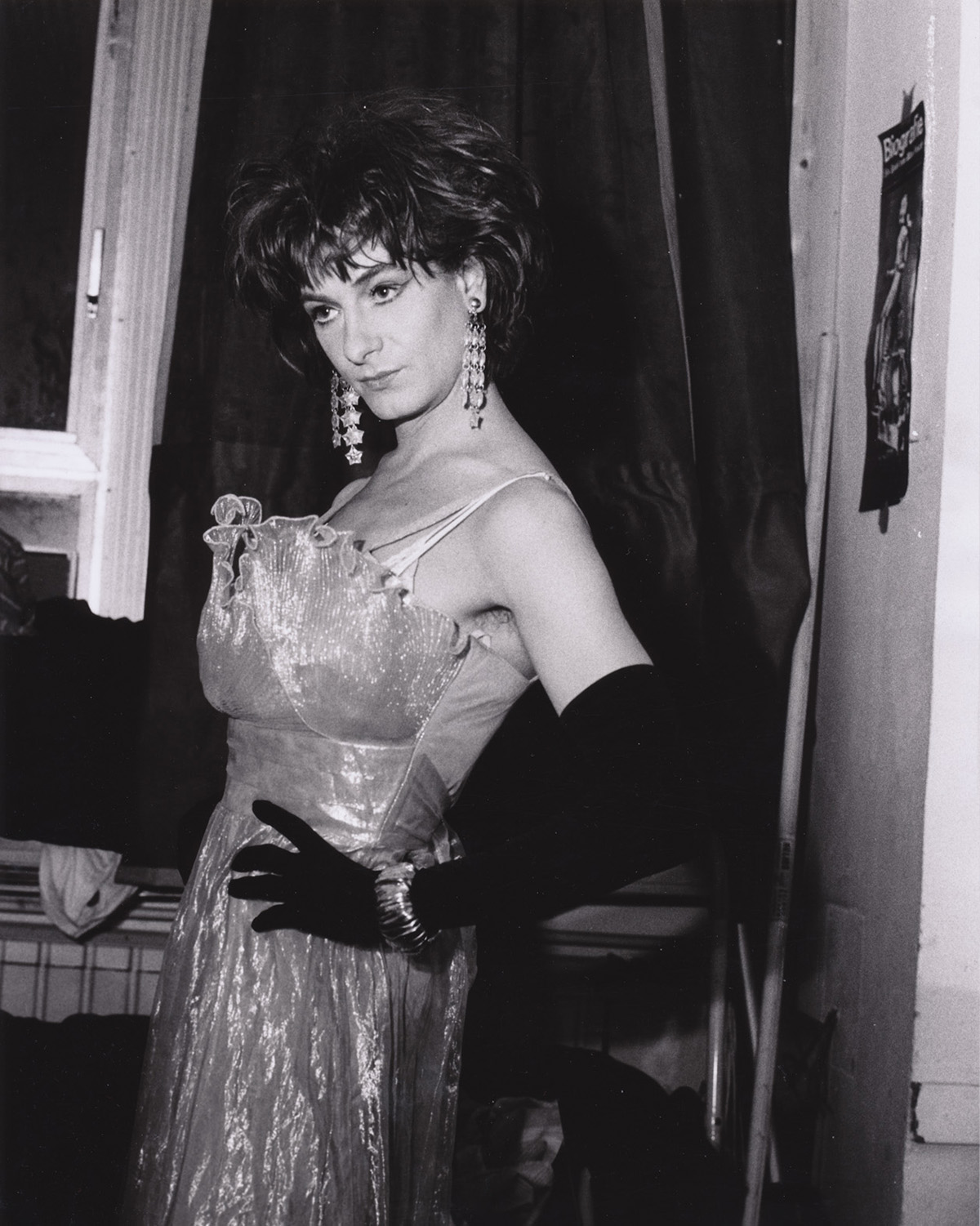