Hourglass II (2021) visualizes the passing of time on a scale much larger than itself. Seemingly static, its measurements remain uncertain to the naked eye as it abstracts the viewer’s gaze on temporality and continuity. Amongst the grains of sand pressed between two sheets of glass, spices mix to further make the work opaque, aside from the sliver of empty space at the top. This glass, a historically variation of sand, is thus blocked and rid of its clarity – distorting its purity and pulling it back into the past. The spices, a unifying element in much of Ben Hamouda’s work, calls upon the medicinal, ceremonial, culinary and ritualistic properties that have been used for thousands of years. This element likewise works to measure the momentary stillness the work invokes, in addition to representing the mixing of multiple heritages. 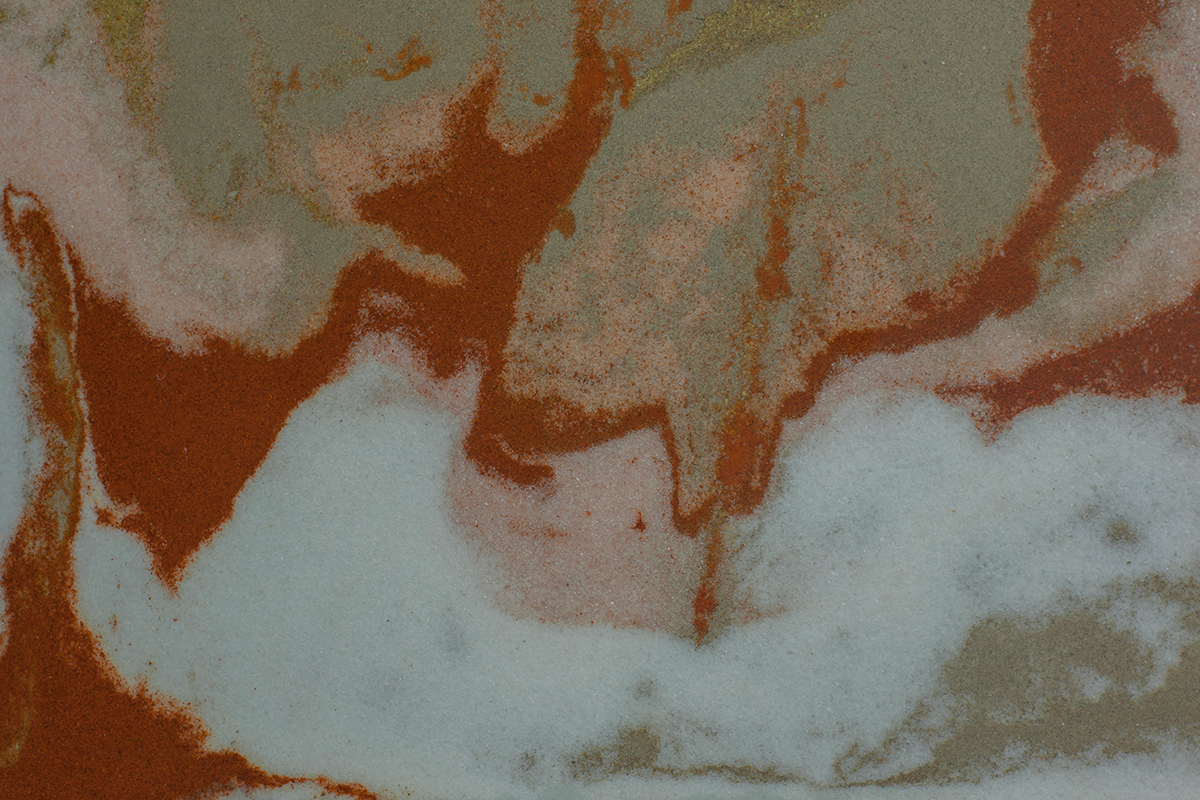 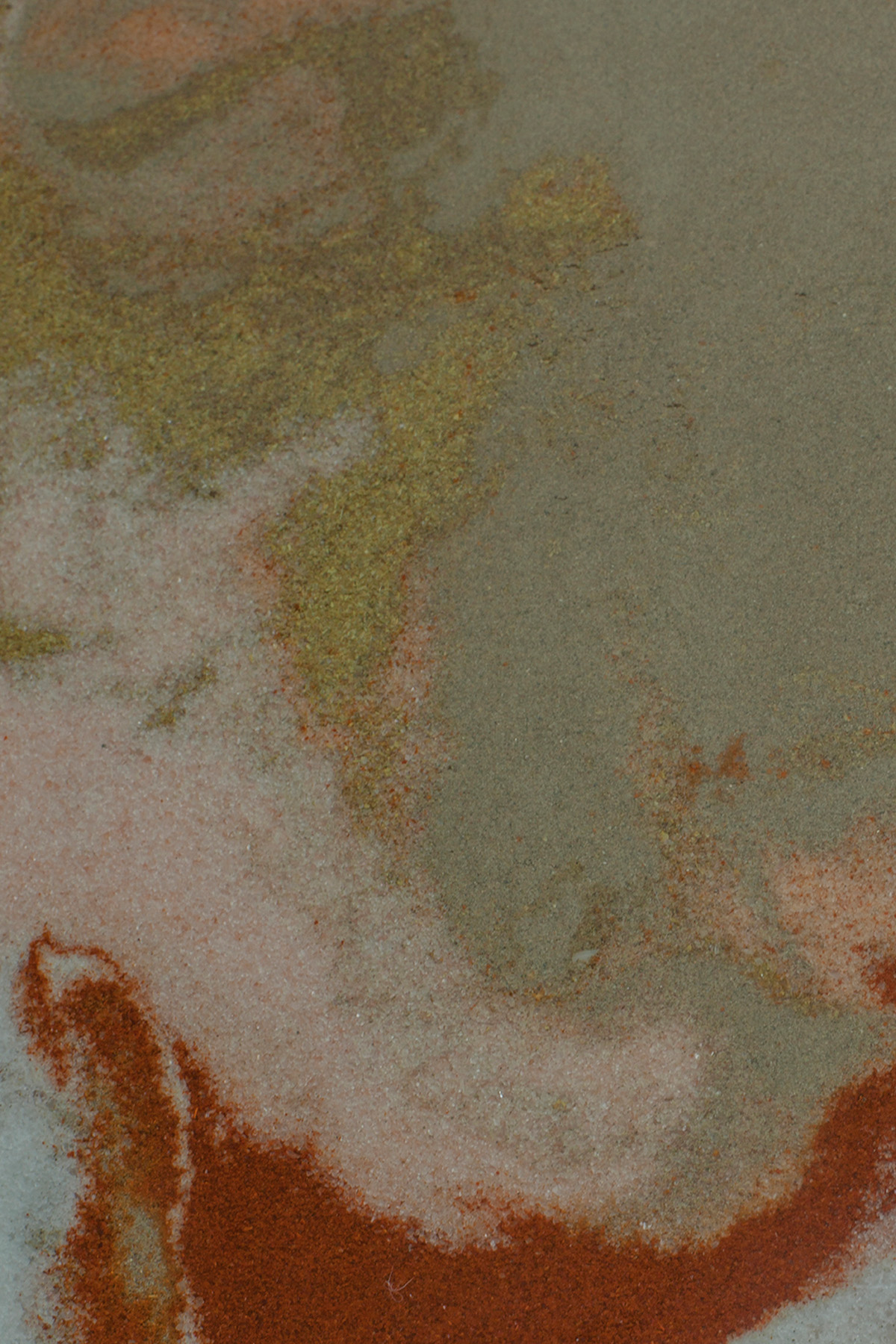