The work addresses the destruction of the night sky due to light pollution (with the lights on all the time, where is there room to dream?).

In this new form, the flag takes on new meaning. Hand-sewn in Kosovo by Shkurte Halilaj, the mother of Petrit Halilaj, the work is a gesture of solidarity and friendship towards the Kosovar artist – who withdrew from the exhibition after controversies surrounding the Serbian authorities’ refusal to officially mention the Republic of Kosovo as an autonomous state. Among the various attempts at compromise there was the addition of an asterisk next to the name of the country, a symbol that made possible the connection between the two artists and gave way to the formalising of this work. 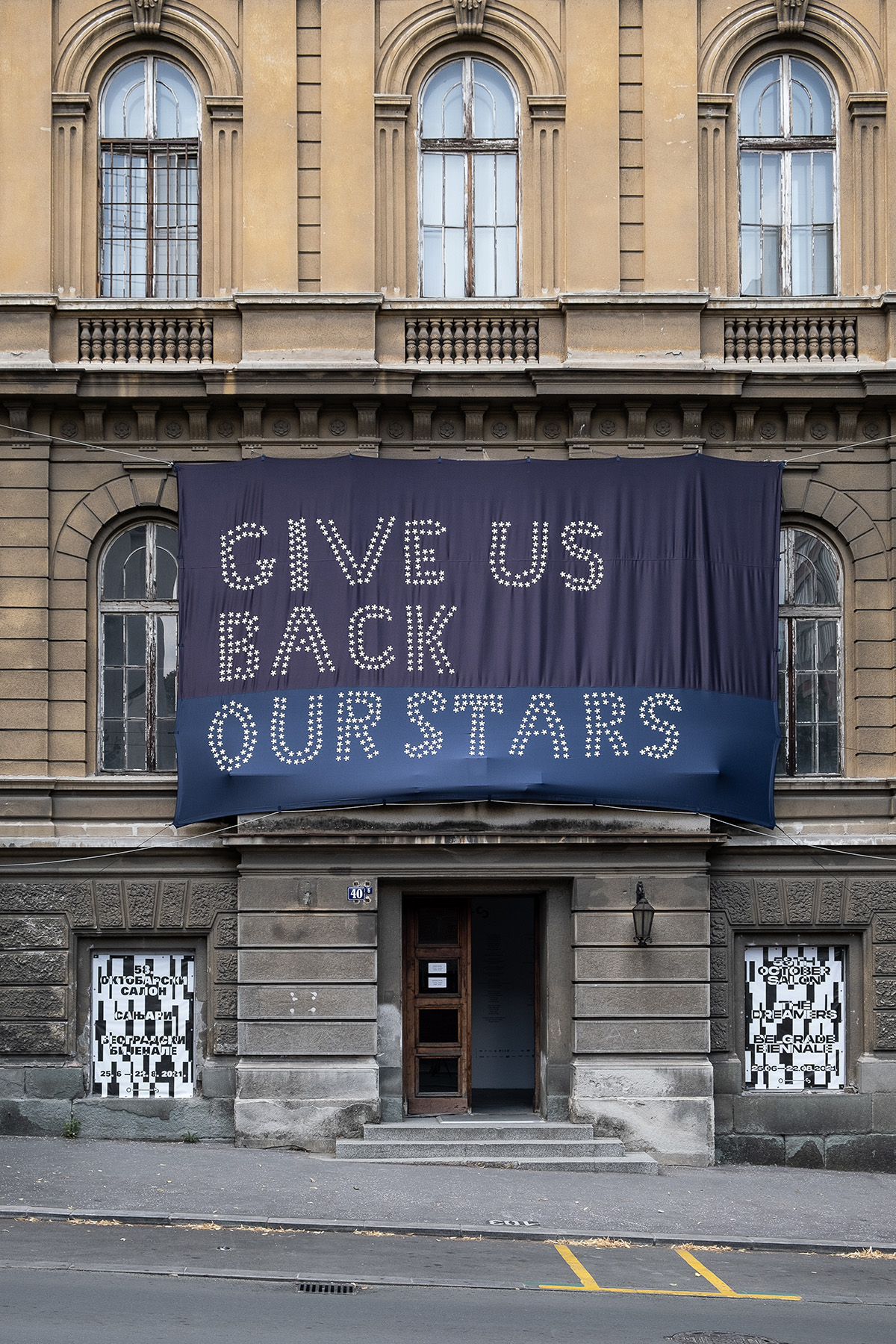 David Horvitz, Give Us Back Our Stars, 2020-2021, Fabric in woven cotton. Hand-sewn in Kosovo by Shkurte Halilaj 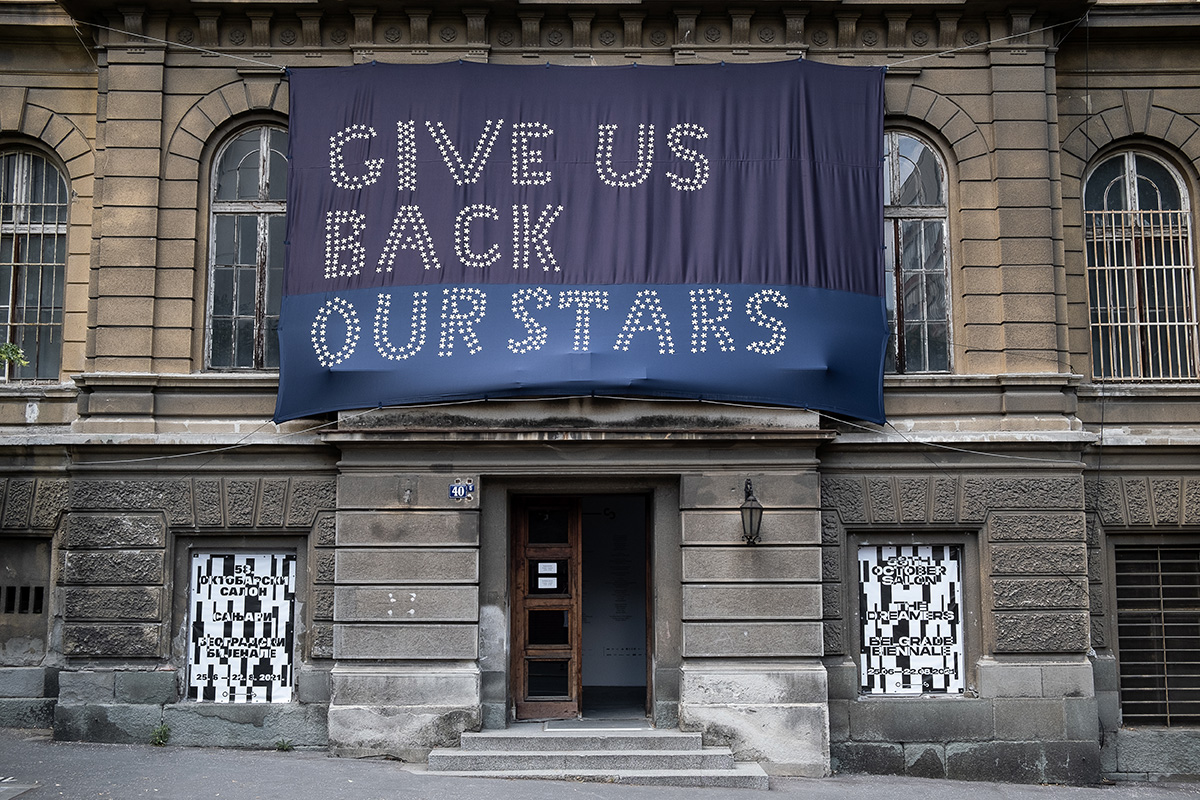 All photos by Nemanja Knežević