Cosmic Elements is a cameraless film, which I exposed and then developed using the type of photogram technique which even Man Ray experimented in. This film original is neither digital nor producible on video, and was created without a great technical apparatus and without financial means. In an almost abstract but very definitive manner the film attempts to do justice to the primitive forms of plants in all their complexity and similarity. For this I used the photogram technique, the primitive form of photography or rather photographic illustration. In the second part, in the epilogue, a homage is made to Duchamp`s secretive picture for Maria Martin`s “Paysage Fautif`(`Faulty Countryside`).

The sound is composed by SIRONE direct for the film: a bass solo which brings the origin idea of the film to the point: the abstract image is as concrete as the real if it transforms the limits of formalism. 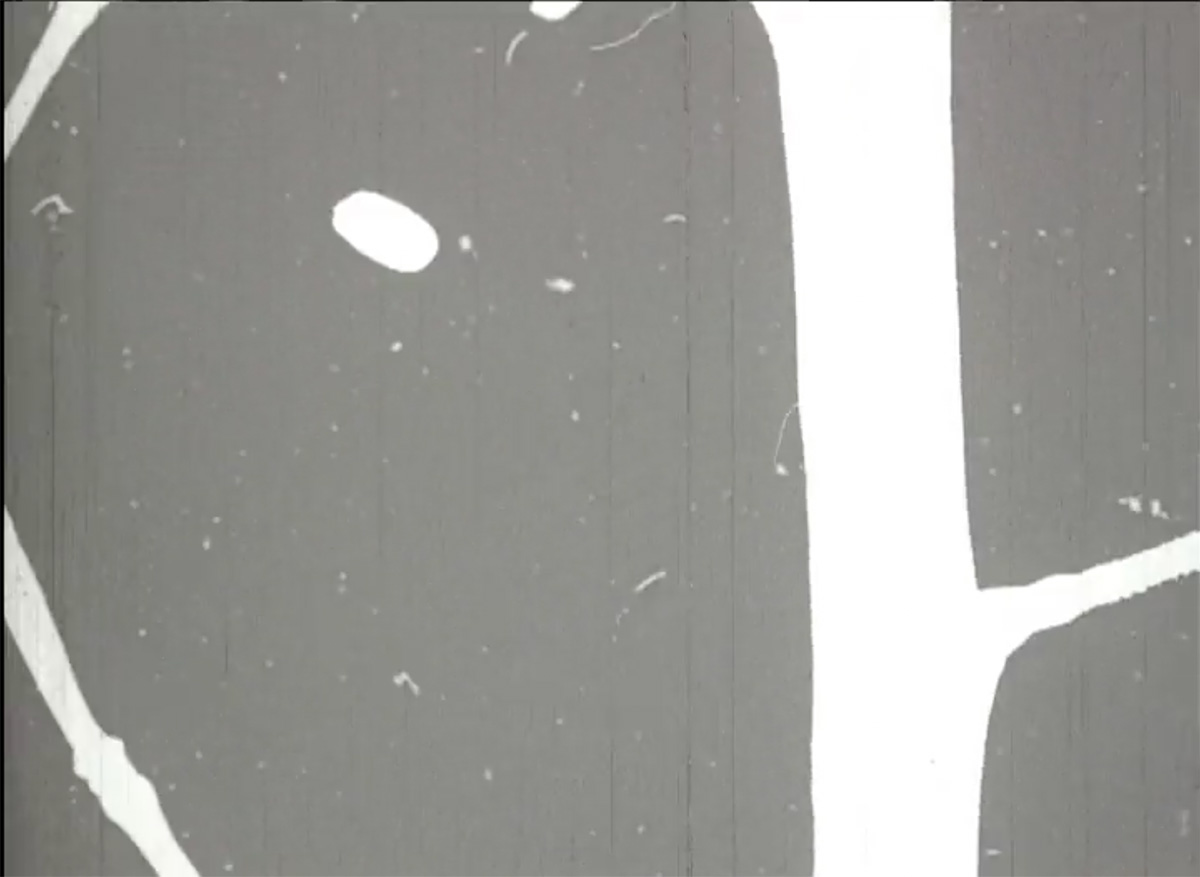 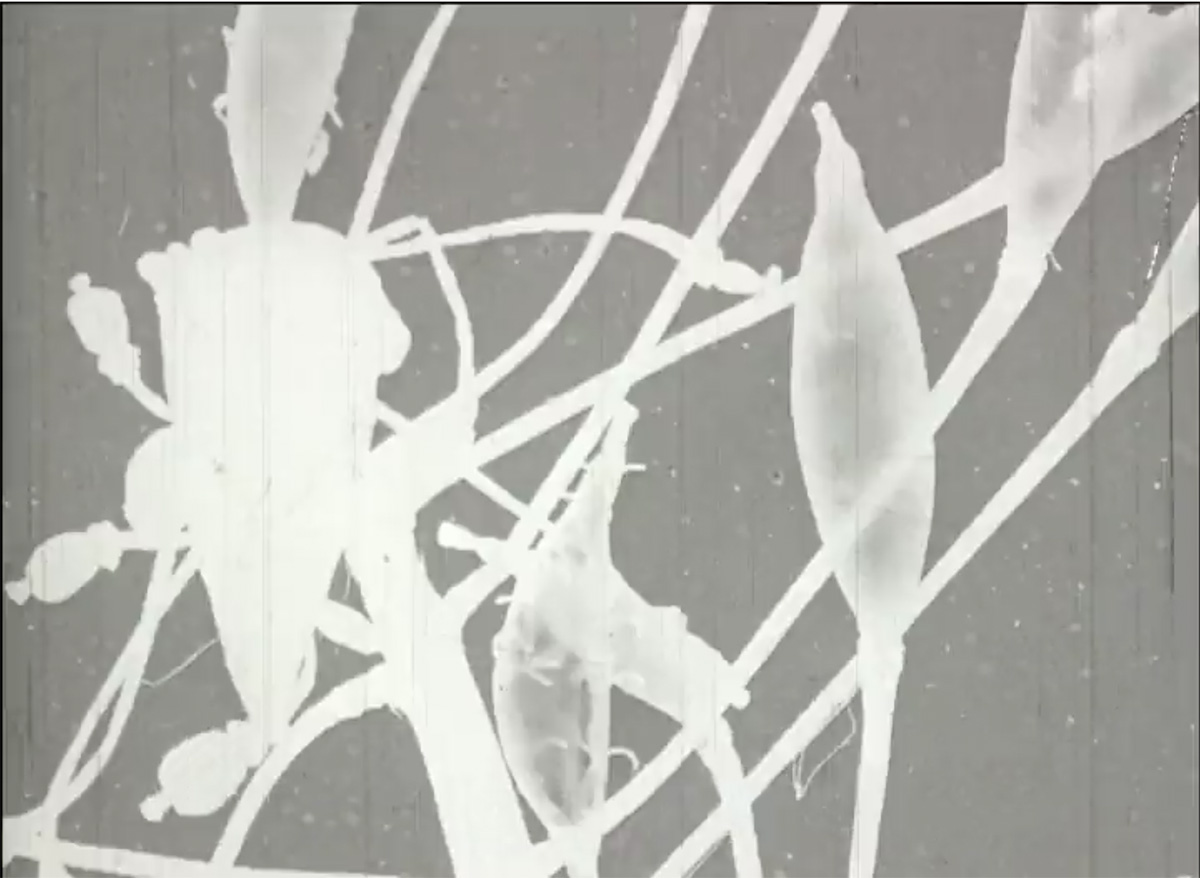 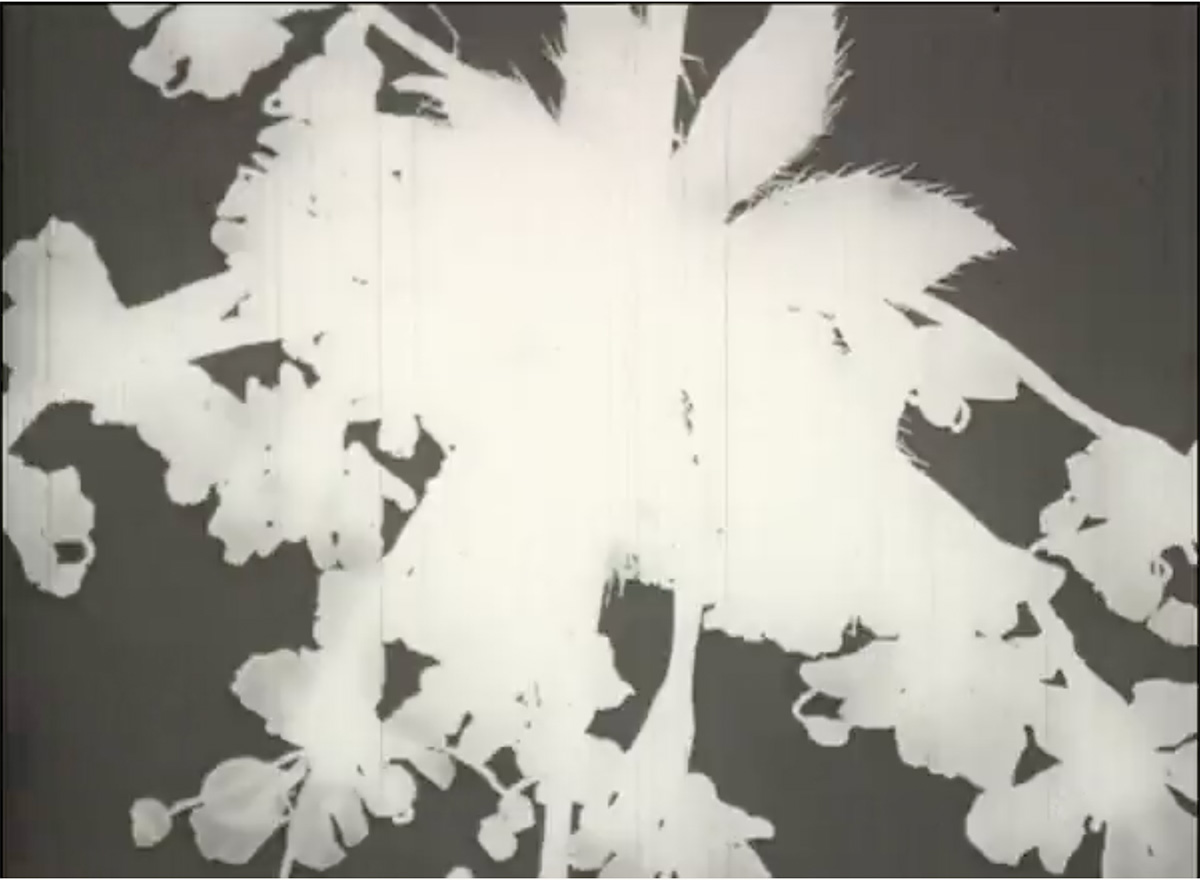