Casa de Cambio is an immersive installation appropriating the interior guise of a Venezuelan currency exchange. Presented during Art Basel at a key moment when Venezuela’s social and political state is both highly volatile and on the brink of breakdown, and in which its current government has implemented a series of measure to maintain social order. In July 2015 the Venezuelan currency, the Bolívar, passed a melancholy milestone by reaching a hundredth of the value on the black market (over 600 per US Dollar) compared to the official exchange rate (6.35 per US Dollar). The government initiated a price barrier in order to control the price level which lead to a disastrous situation for both local producers and Venezuelans; factories were asked to operate at half capacity and Venezuelans have no other options than queuing for hours in front of the supermarket to purchase basic supplies.

Banks have stopped publishing data on their stock of hard currency. Due to this excessive growth of money supply, the currency is imminently, about to collapse. Economists speculate that the inflation rate is going to reach 300% by the end of 2016, therefore Venezuela faces a moment of hyperinflation. Venezuelans check current prices on Twitter accounts or website such as Moneygram that publish the black market exchange rate for dollars. The infamous black market dollar tweeter DolarToday sources information based on transactions in the Columbian border of Cucuta.

Casa de Cambio allows to create a site of negotiation that attempts to highlight the fragility of currency circulation, the erratic situation Venezuela currently faces and the conflicts and contradictions of our own value systems set against a place of waiting, longing and nostalgia where the decorative, distracting and humorous become vital elements of day to day activities.

This project included wall coverings, a series of new paintings, specially upholstered furniture, alongside exotic travel themed posters, cabinets of jewellery and ceramics amongst a myriad of other objects. Within the installation on a wall mounted monitor, will be screened a curated collection of commissioned video works by other Venezuelan and Latin American artists. 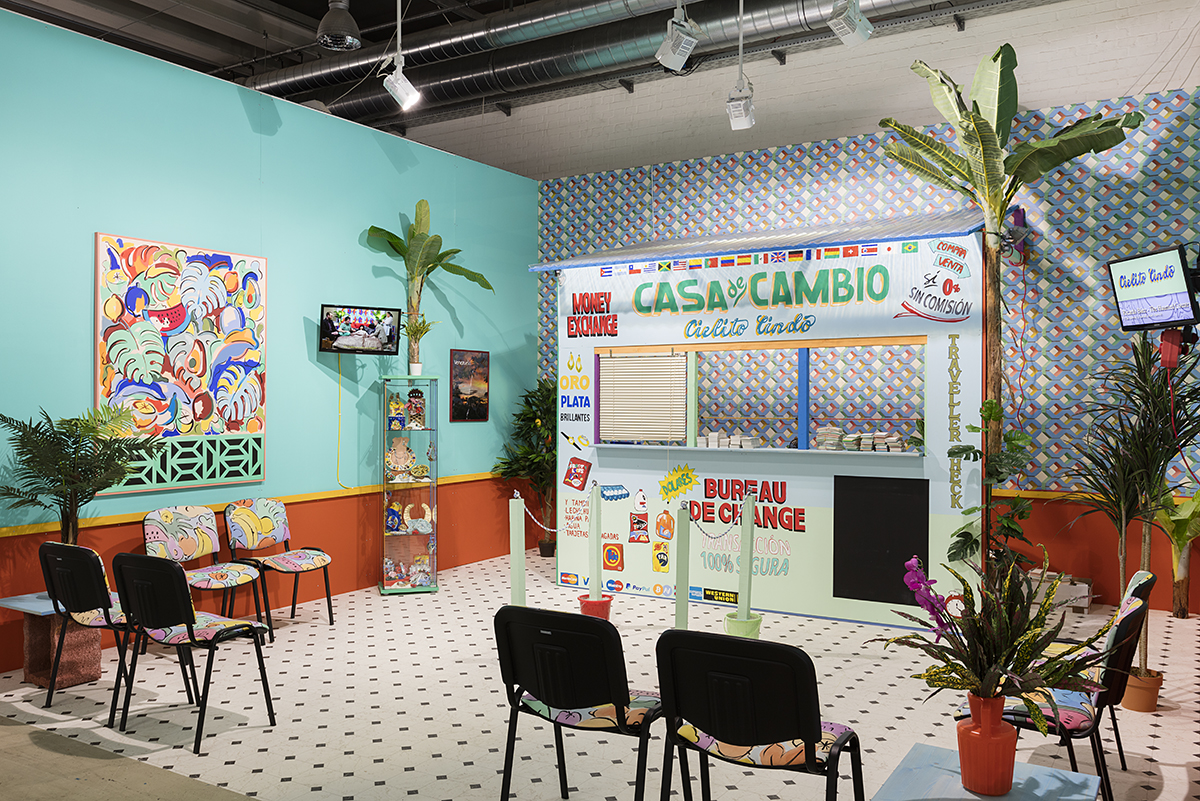 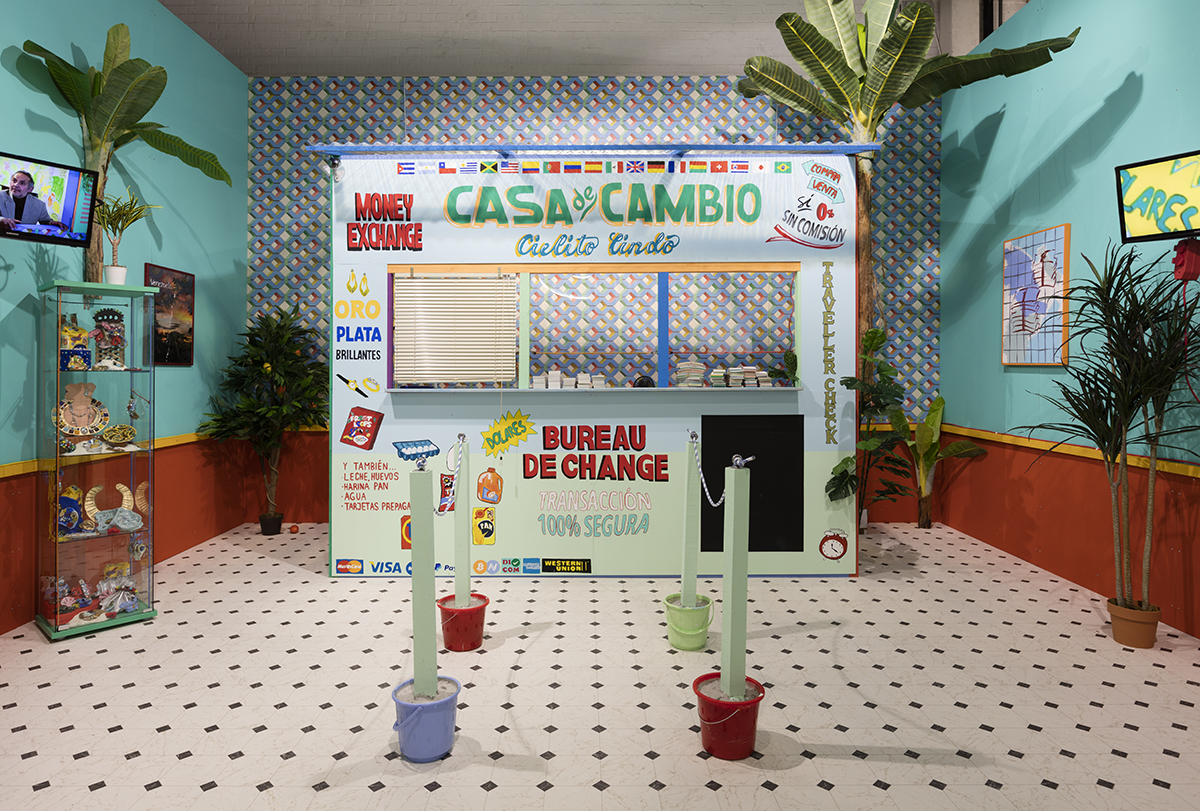 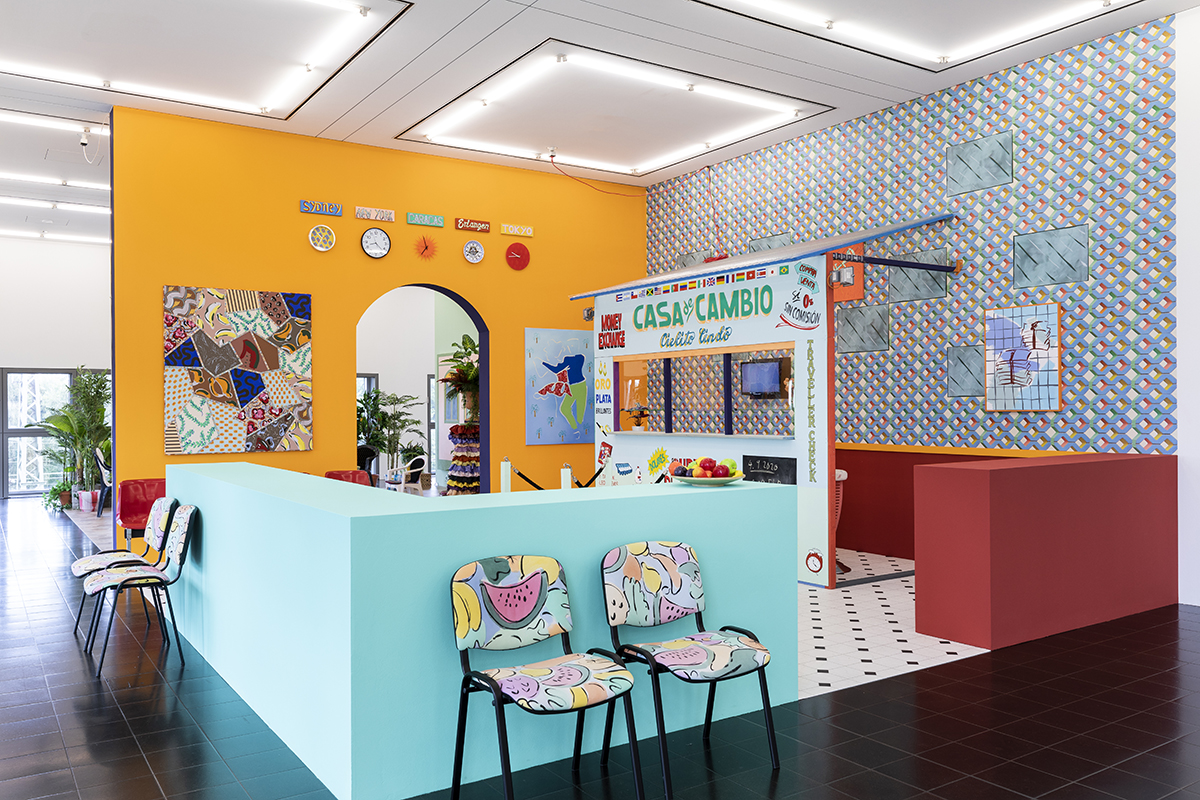 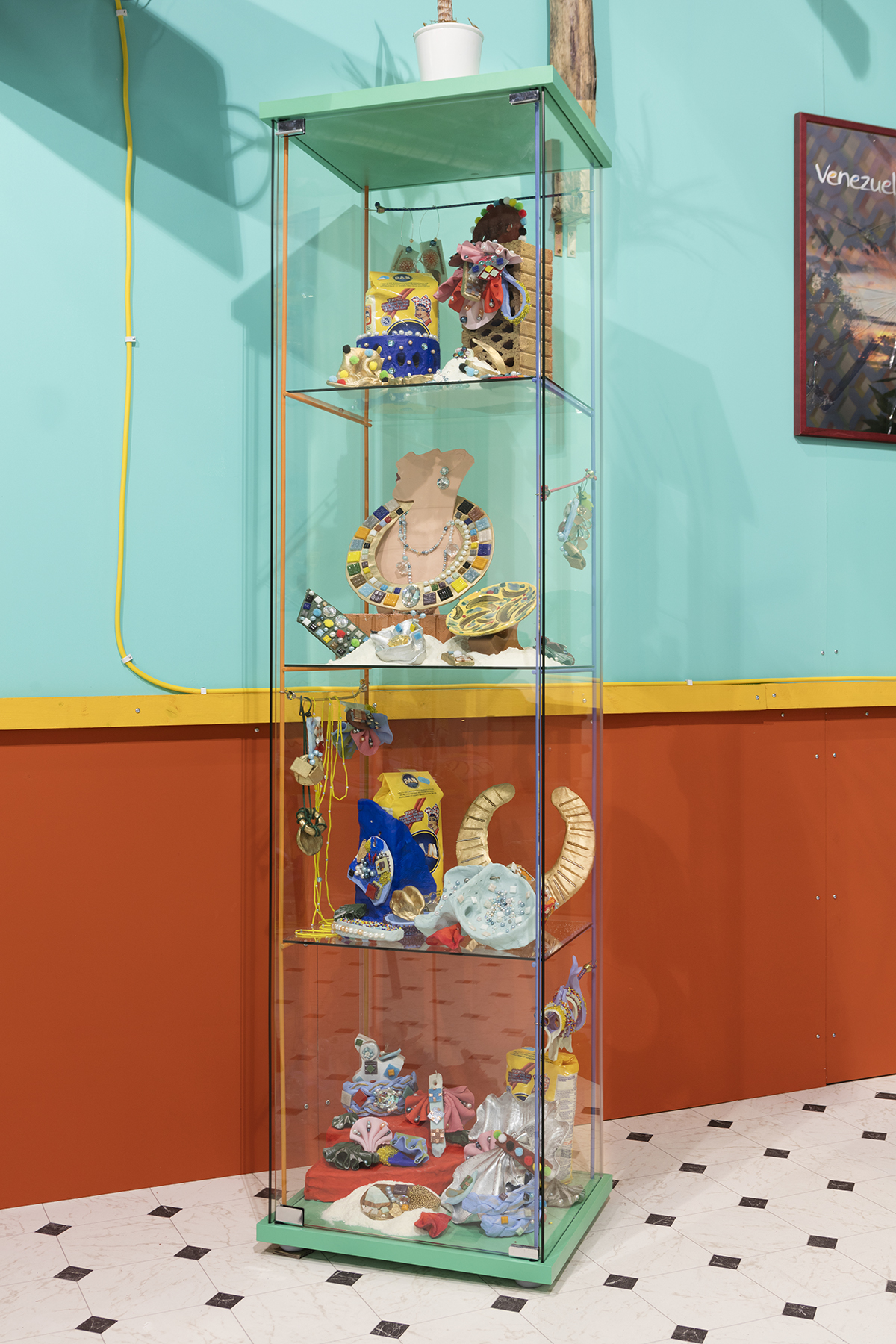 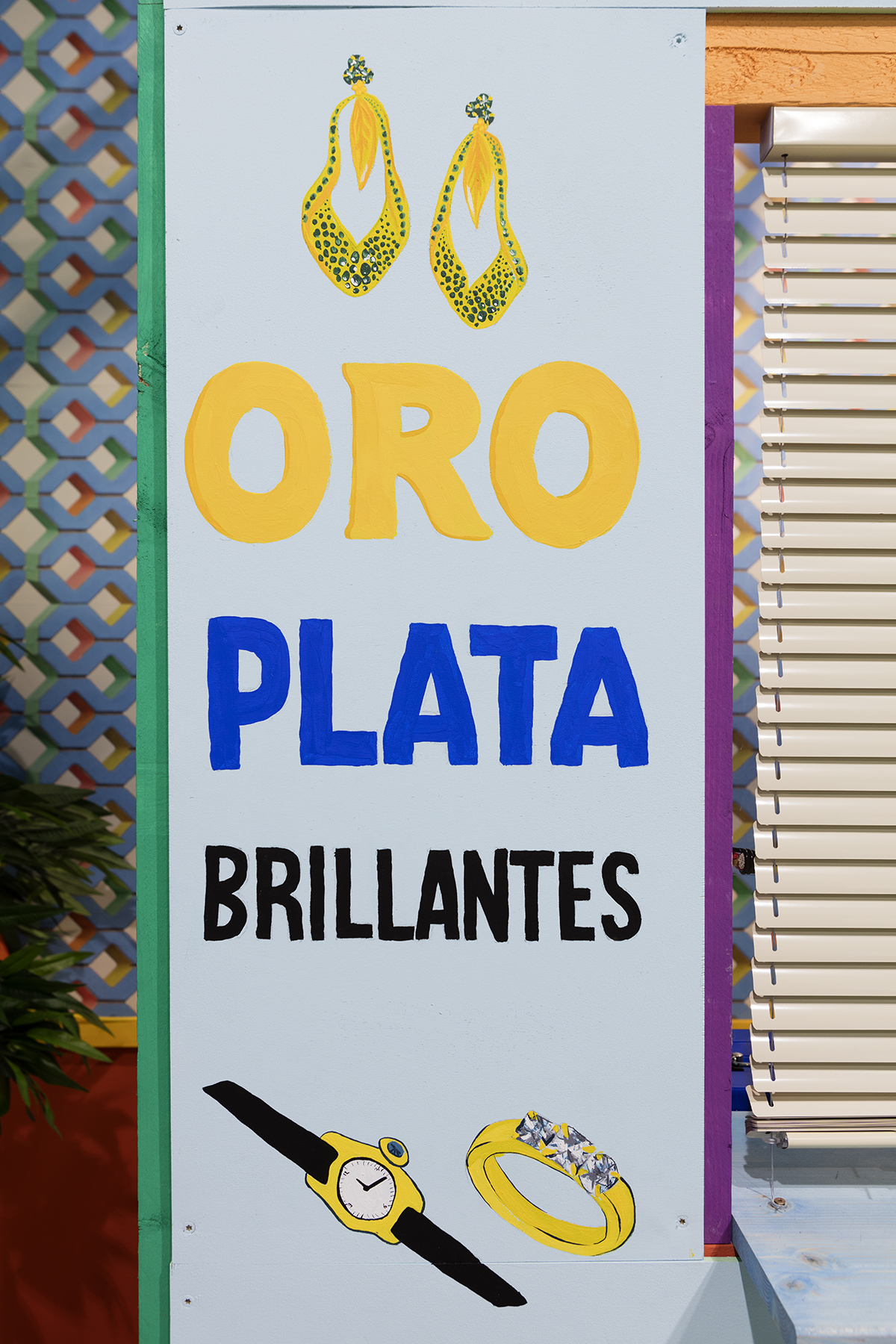