Bloodbath Parade is the story of a phantom circus: it returns every hundred years in order to play again on the site of original violence, relating to its audience a few of the warts and hyperboles of that fateful day. In its aesthetic form, this film poses the riddle of the monstrous simultaneity of three notions: war, the artistic avant-garde, and revolution. The circus tells of the great circus — a metaphor for collapse, surge, and cathartic explosion.

In 1916 Karlsruhe underwent one of the most tragic events of this small border city’s history. The French air force bombed a circus in the middle of a performance, killing hundreds of civilians, including many women and children. An event common in contemporary warfare was close to unheard of during World War I’s trench wars, which saw otherwise minimal civilian casualties.

With a gesture toward the poetic and the carnivalesque I seek to come to liberal terms with this tragic — and in no ways comical — story. Woven into my approach are many of the strands I’ve sought to bring forward in the past: the history of women, of foreigners, of the marginalized and wayward, of monsters and innocents, as well as love of art and art history, of painting, image, and film.

War and circus! Certainly, these two things have been creating films since the medium’s inception, if they were not in fact the very midwives at its birth. On the one hand, early films were shown in circuses, while on the other, they documented and instrumentalized life behind the front. 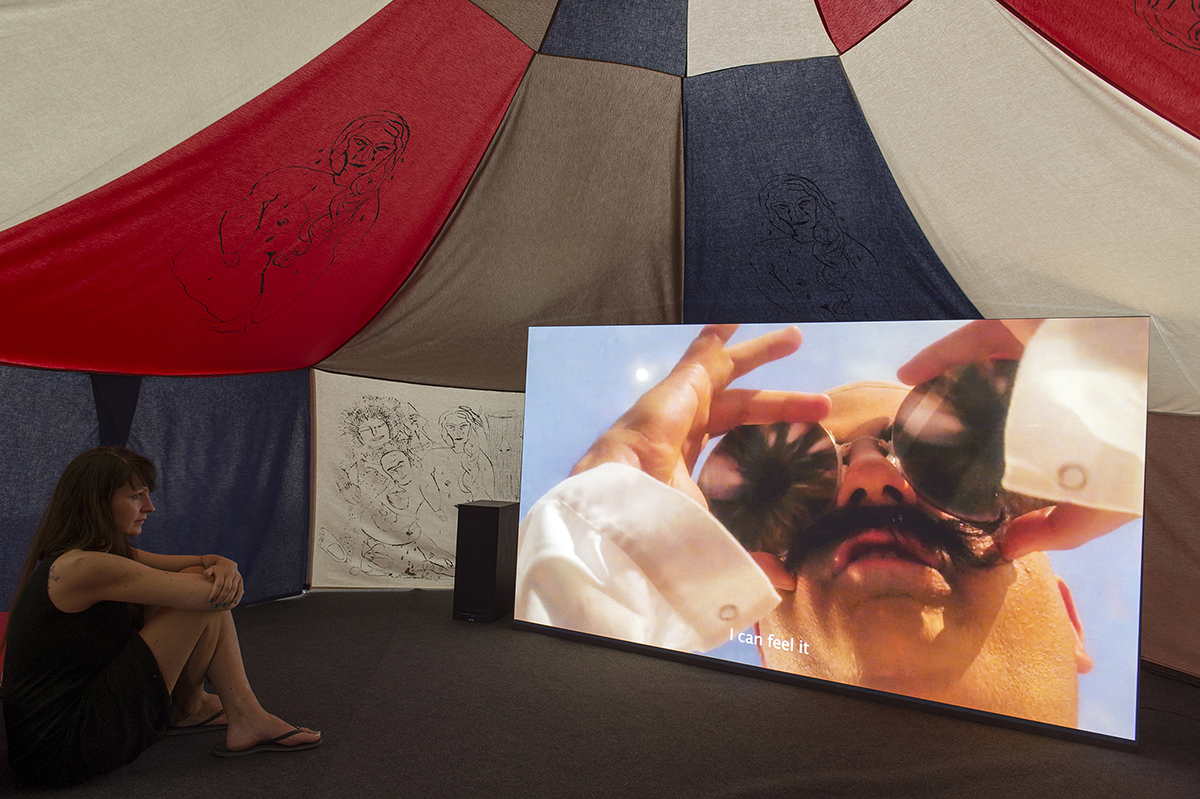