‘Greetings from the Background’ (The children eat their revolution)
Lucius Burckhardt, 1985

Originally titled ‘Totally Fukt (Europa)’ before becoming ‘Feedback’, just before the exhibition for which the panel was made in St Gallen, speaks to a certain callous abandon directly followed by a rigid interlocking. The potential ‘eye holes’ in this mask of a panel are occupied by two double phalluses, which poke through, jammed together in a kind of comic gesture reminiscent of slapstick comic tropes like two men trying exit a room at once, getting jammed in the door way. Within the context of a series of panels (19-25) on the online dating experience, against the real backdrop of a messy Brexit, this panel stands out as the most politically reflective of the group. It is in breaking up, that the relationship is suddenly revealed in a new and sometimes ugly light, providing often painful feedback on events, which was repressed at the time.

Anything that has eye holes, can be a mask, Feedback (Panel 24)”, 2019 is part of Kasia Fudakowski’s lifelong project titled Continuouslessness (2017 – ongoing) a series of paravant-like sculptures employing complete material freedom. Each panel explores different ideas, thought processes and techniques and is a work on its own, as well as a member of an ever-growing series. The word ‘continuouslessness’ itself, exists as a messy double negative resulting in oppositional concord; its structure is visually awkward, a linguistically clumsy collection of letters– a coalition of chaos reflected in the sculptures themselves. No one panel can stand alone, but must rely on its neighbor for structural support. This neither guarantees harmony nor precludes individuality as each panel may demonstrate a different idea, material or character as long as it is able to connect to the previous panel, be that an awkward joining of hands. The series will remain unfinished until the artist’s death. 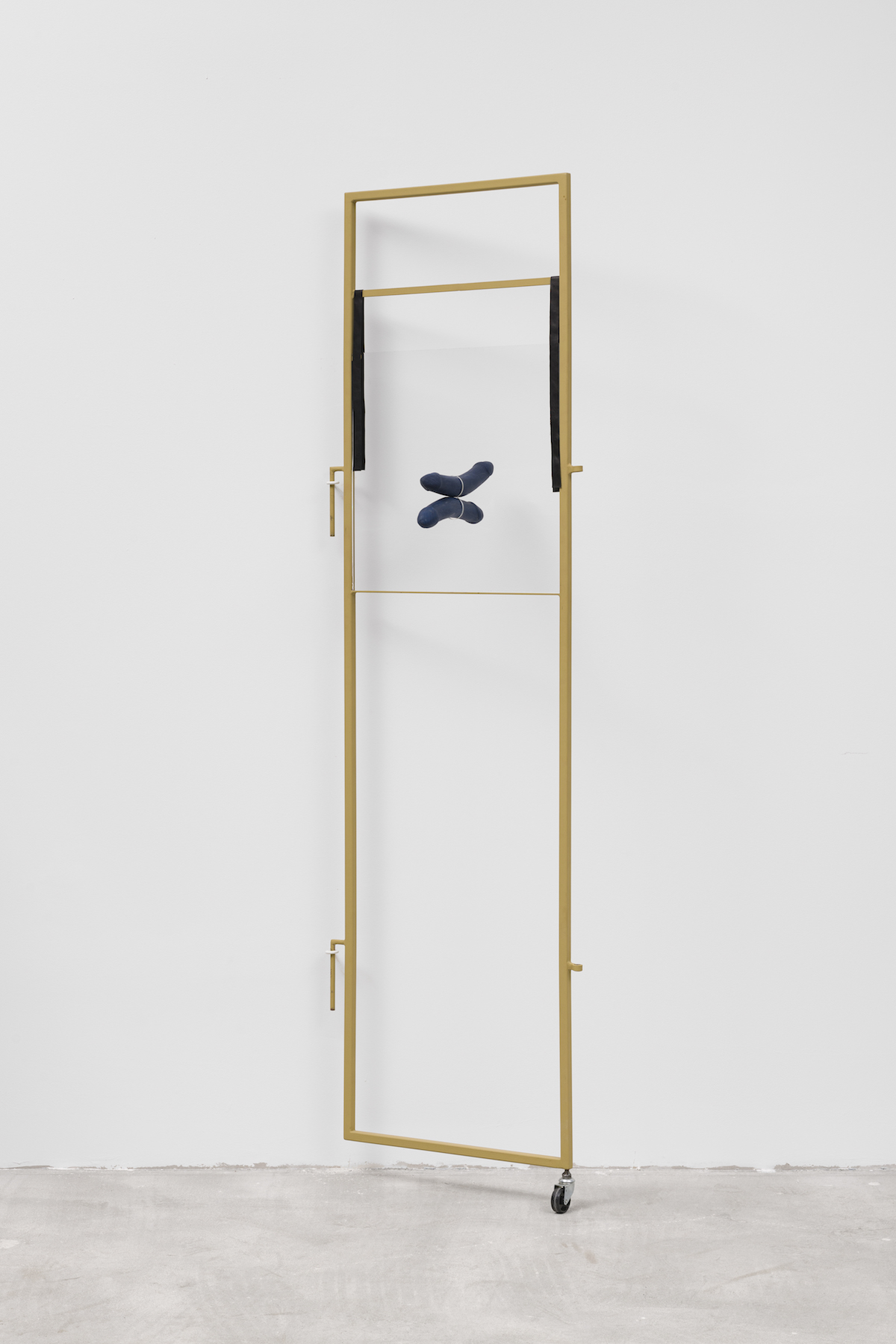 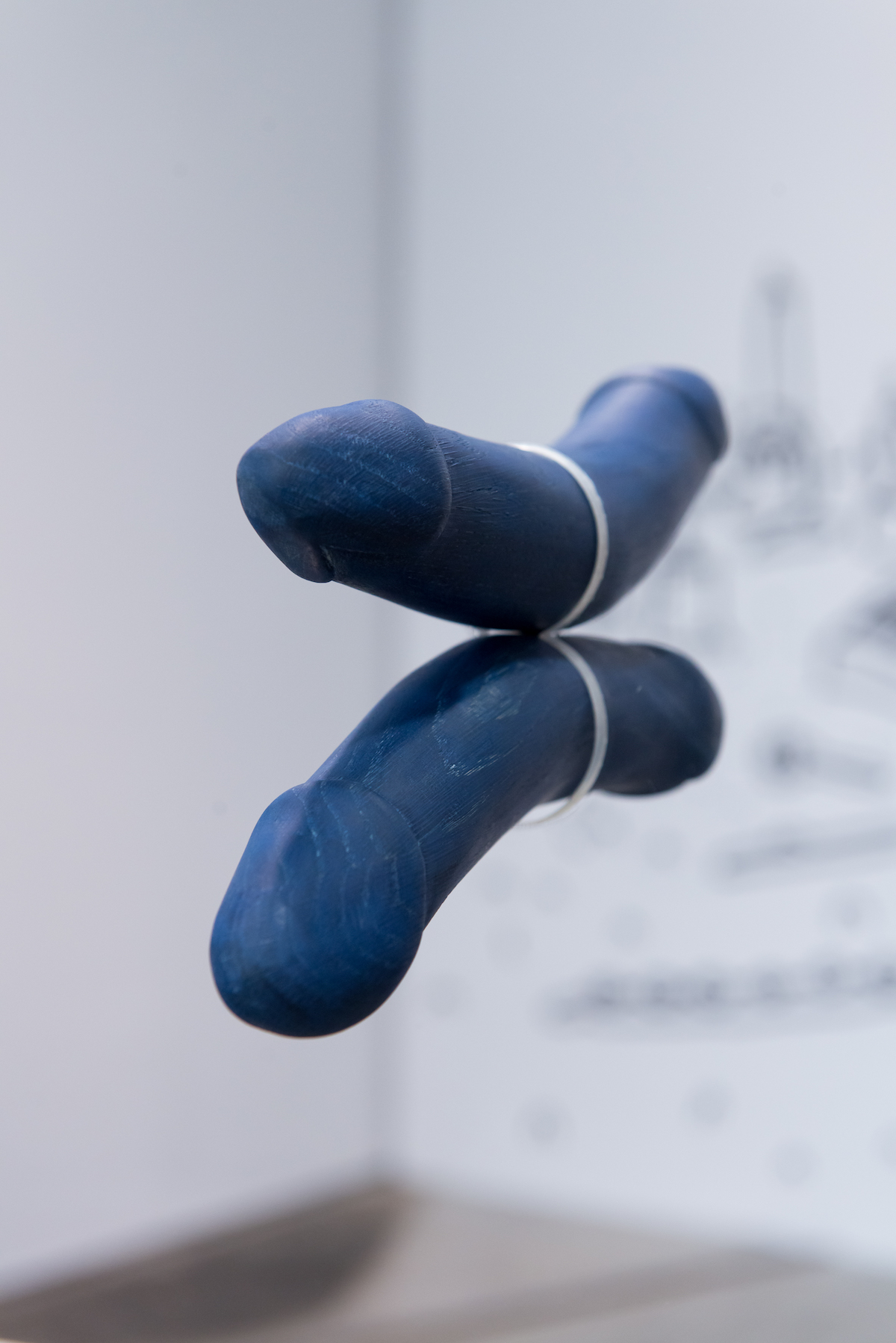 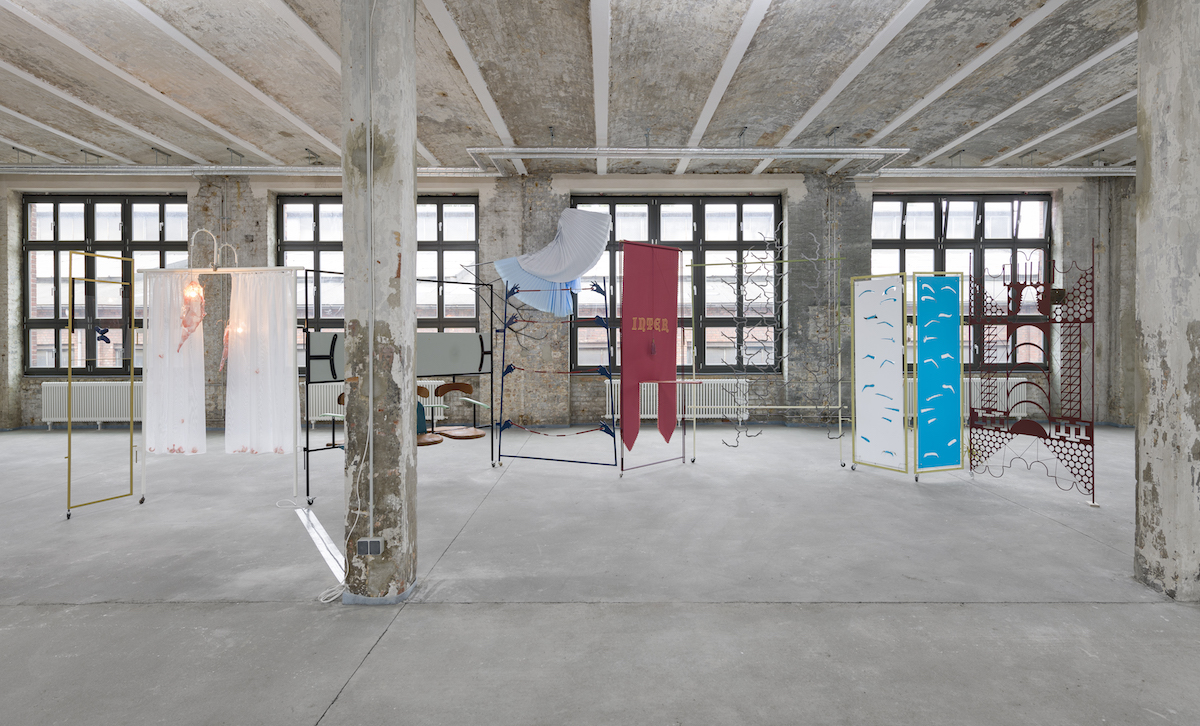