This works is part of a subgroup of Ben Hamouda’s series Aniconism as Figurative Urgency. The work draws on an old Tuareg tale that goes:

Once upon a time there were two brothers who went into the mountains to hunt porcupines. All day long they climbed on the rocks, searched every cavity, and in the evening they found themselves so tired that they decided to sit down and rest in a flat place. They wanted to wait for the moon to rise, to return home with its light. While they were resting, they heard a noise like wood being beaten against each other over and over again. When the moon rose, they walked in the direction of that noise and saw an old woman crouching on the ground and beating together a wood and a bone, making a noise like horses galloping. She was also singing a song, but the two men did not understand the words. At this point the woman got up and began to dance, beating time with the wood and the bone. After the old woman had danced and sung for some time, the moon lowered and stopped, very big, above their heads, while water poured down from it, which the woman collected in a big bowl. Then a dead man arrived, still wrapped in his burial sheet, as if he had just come out of the grave. The old woman carried him on her back so that the dead man’s arms were hanging in front of her. She then took some semolina, put it in the dead man’s hand and with her fingers prepared the balls of couscous. She kneaded and rolled, kneaded and rolled, mixing everything with the water of the moon, until she prepared a couscous with very fine balls.

This couscous is loaded with a powerful magic: if a woman gives it to her husband to eat, he becomes obedient like a little dog and carries out his wife’s commands, so she can do with him what she wants. If she says to him, “Go and invite your friends for lunch!” he does so. So they sit down and eat, and if she then says to her husband, “Now go out and stay out for a while!” he does that too, and she has fun with her friends. This magical couscous the city women bought from the old women, paying a lot of money for it. When they had had enough of standing in the mountains watching the old woman, the two brothers jumped on her and killed her.

One level of reading this series refers to the elements that, according to Arab and Muslim tradition, constitute the more esoteric vision of religion. The works investigate how the Islamic faith coexists with pagan or Tuareg and Berber traditions, and how the boundary between the religious sphere and magical practices is at times unclear.

In these two sculptures, the hands are represented in a specific pose: the position in which usually the couscous is shelled, a practice that in Arab countries is done by hand. While the making of couscous is a communal practice in the homes of many Arab families, it holds an additional significance in the realm of the supernatural. One of the ways through which the evil eye can be invoked is by using the hand of a dead person to shell couscous. It is an infamous and recurrent practice, of which Ben Hamouda too has frequently heard. In the sculptures representing cupped hands, we find therefore something ancient and sinister, but also for the artist warm and nostalgic.

Some of the sculptures in this series – like the ones with the blue hand of Fatima – are vehicles for the evil eye, while others hold talismanic properties by evoking animals considered impure, or hāram, in Islam, yet for the artist possess a strong life energy. Their dual nature of having both the ability to hurt and to heal relates well to the notion of family, wherein there can exist different figures, possibilities and relationships. These works in a sense thus resemble a family in that they resemble, balance, love and hurt each other.[/vc_column_text] 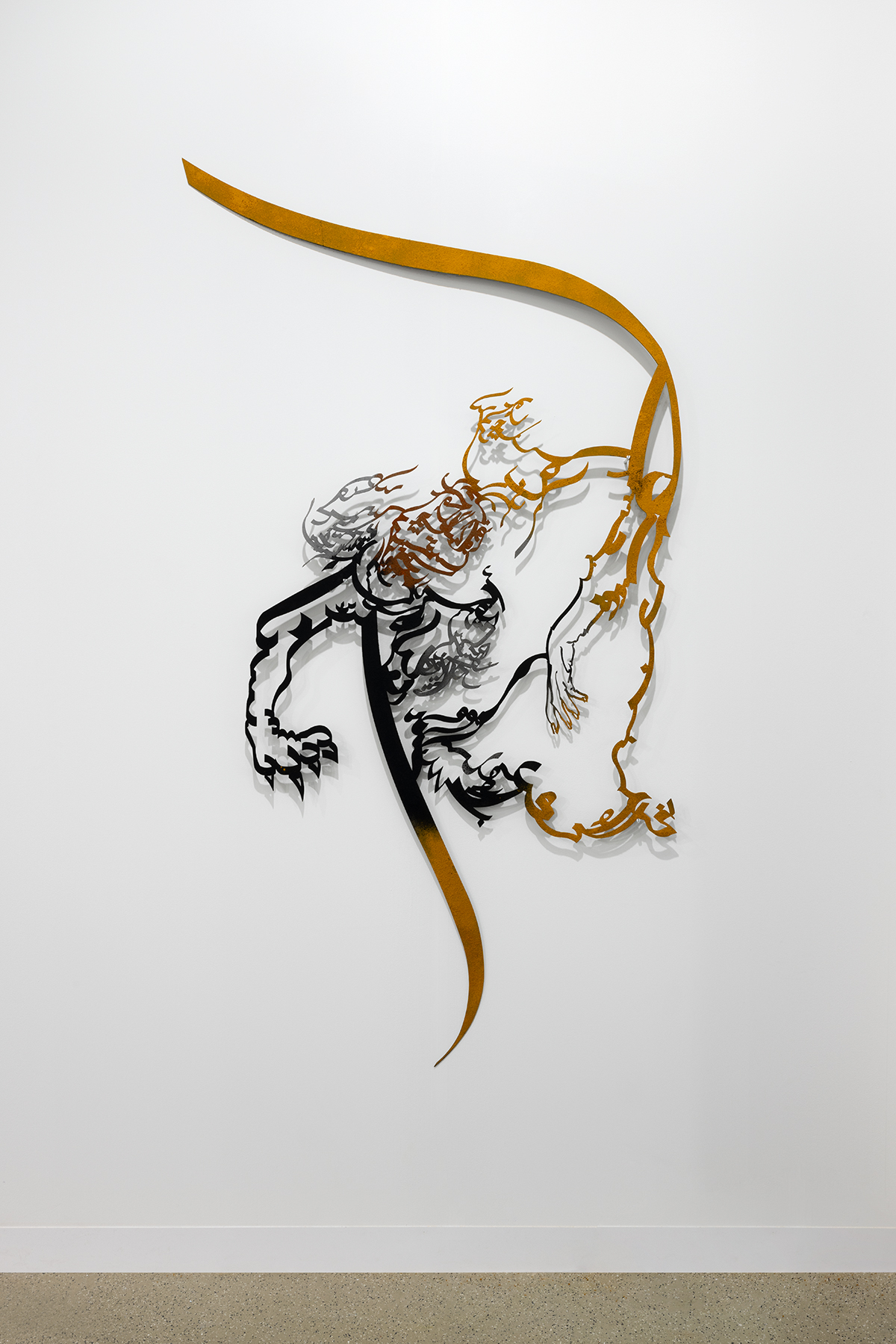 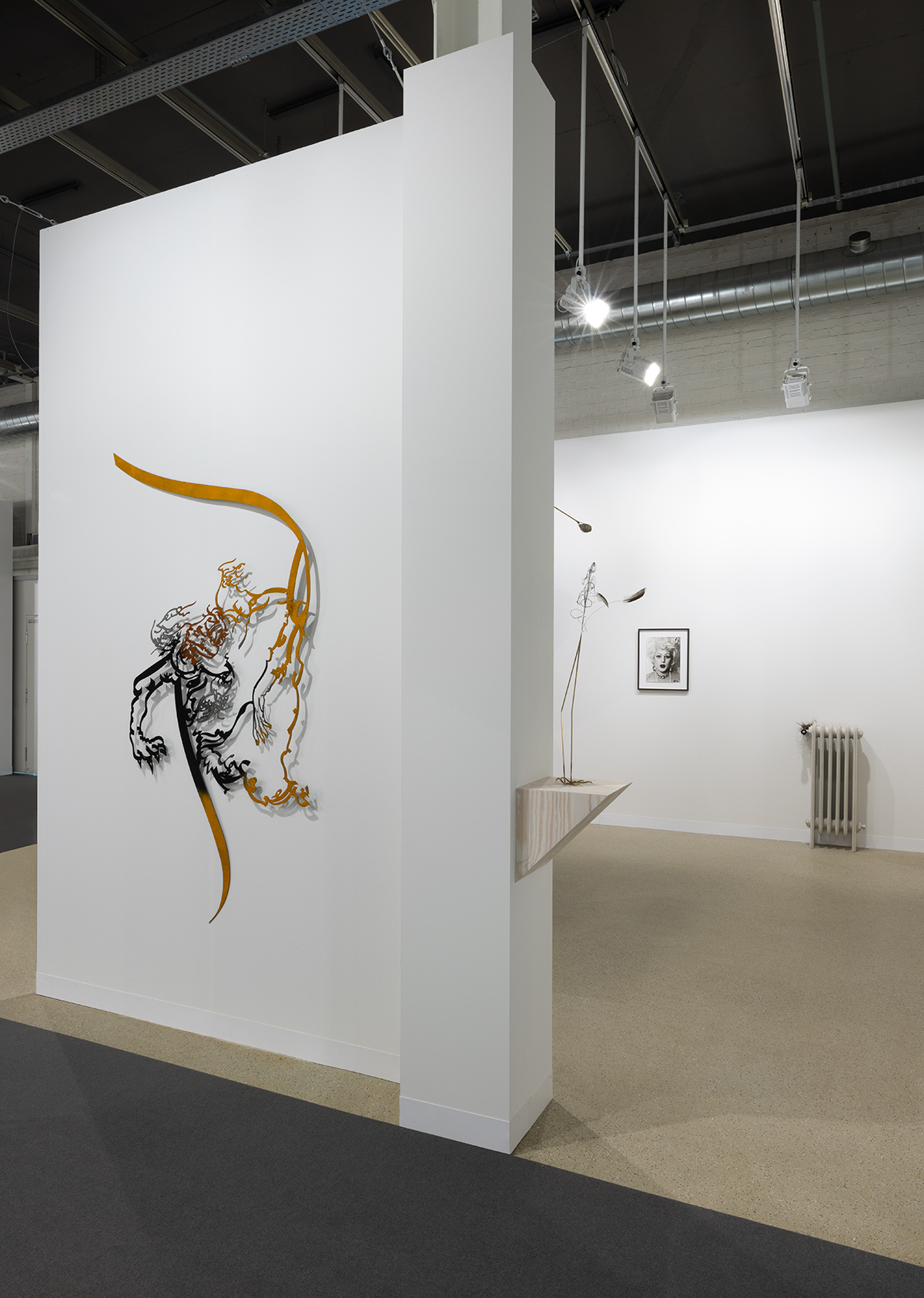