For this year’s Art Basel Statements, Chert is proud to present the artist Kasia Fudakowski with Sexistinnen. Born in 1985, in London, Fudakowski currently lives and works in Berlin.

Using Fudakowski’s characteristic sideways humour, this presentation is the fourth in her series of ‘Fraustellungen’, which includes Enthusiastinnen (Bethanien 2012), Pessimistinnen (ABC, 2013) and Stoikerinnen (Harburger Bahnhof Kunstverein, 2014) where the artist has used both performance and a form of concrete comedy to investigate these positions.

This year’s presentation focuses on sexism; both between women, and within the greater context of the art world, through the medium of sculpture, slapstick and the theatre of the real. Inspired by Andy Kaufman and Lee Lozano’s both playfully and painfully brutal engagement with reality, Fudakowski walks the fine line between comedy and tragedy.

Internalised sexism usually falls into four main categories: assertions of incompetence; competitiveness between women; the construction of women as objects; and the invalidation or belittling of women. The accusation is also often made that women display an unwillingness to be competitive in a wider sense, accepting failure before ever competing, willingly dropping out before risking the indignity of competition. These positions are translated into materiality in the sculptures on display and also performed during a chaotic, and by it’s nature, self-sabotaging presentation to the Baloise Art prize jury.

During this short presentation, (an undercover performance recorded with hidden cameras and microphones), the sabotaging effect of performance anxiety, fatalistic thinking, as well as the often fraught relationship between artist and gallerist are played out with real potential consequences. The resulting film or ‘preformance’ not only questions the nature of judgement but also asks the question: who is more important at an art fair, the artist, or the gallerist?

Her sculptures illustrate the unseen boundaries of competitive ambition, the on going see-saw of success and failure and the inherent violence of self-sabotage, all the while using humour to make the negligible noticeable. A mistakenly printed steel plate, Untitled, or The complete acknowledged history of female accomplishment in the western world, displaying only callous minimalism, hangs on the wall opposite a slowly turning ‘feminised’ (in the weakest sense of the word), wicker structure called Carol (Booby Trap) Claudette. This piece of endurance weaving, representing the greater fatalities resulting from female named hurricanes than those of male, becomes an unlikely mascot for sexism. The central barrier entitled Sexistinnen, made from interlocking cartoon breast-like outlines which hang on undecided, ‘nervy’ hinges, and kinky wicker carpet beaters which always snap back into place, cuts through the space, reducing it to two untenable sides. Finally the heavily anthropomorphised mop which glares sardonically on the whole scene provides a final internal stomach punch: lower your ambitions.

Each of Fudakowski’s sculptures has a latent movement in it, highlighting the ongoing tragic-comedy of taking part in a rigged system. But by agreeing to loose, she can only win; Coming second is better comedy than coming first. *

The accompanying publication Fraustellungen is a staged ‘non-collaboration’ between both artist and gallerist, demonstrating two opposing approaches to the work, the tug of war of collaboration, and reinforces the blatant destructive nature of self-sabotage. 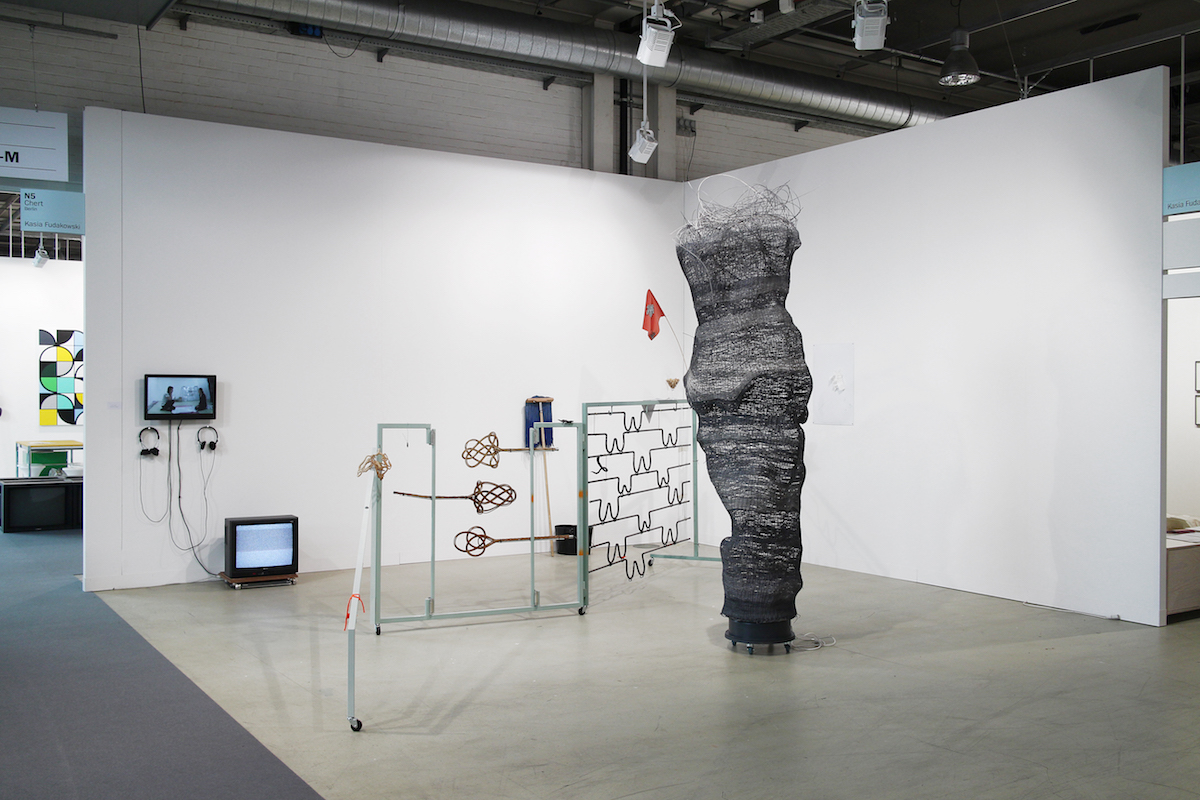 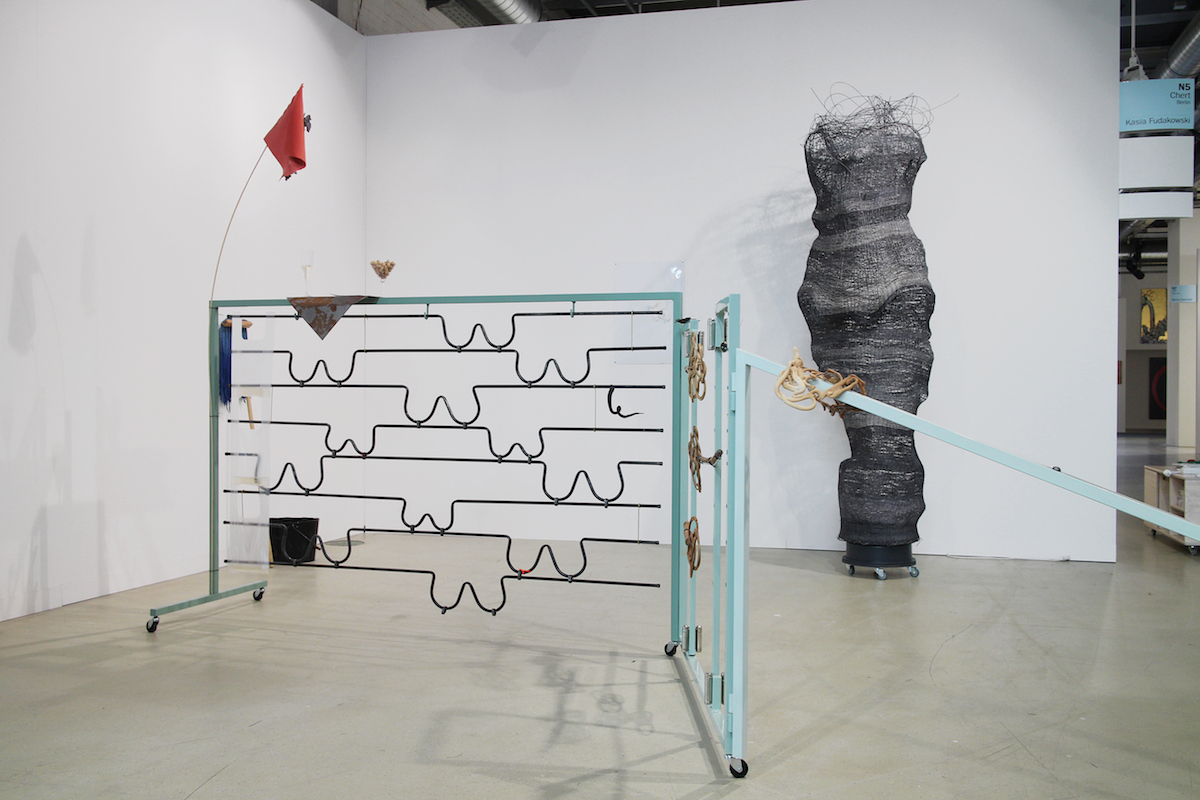 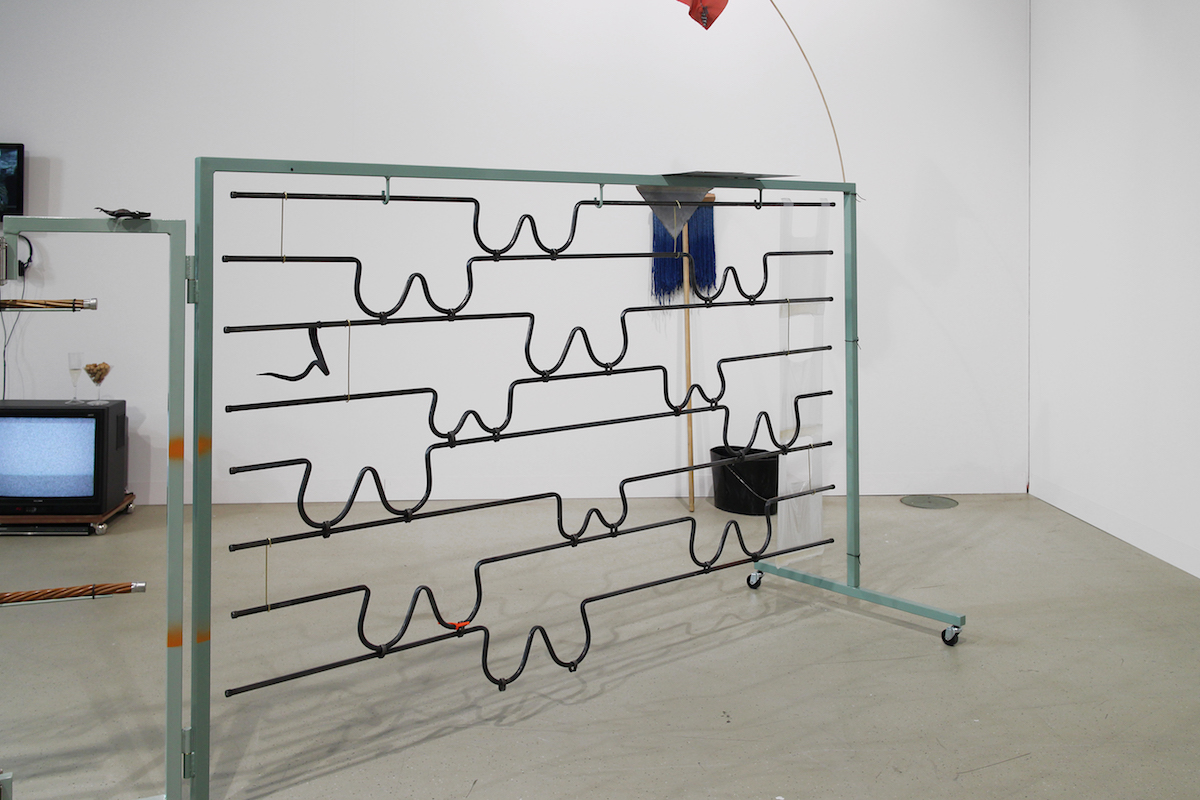 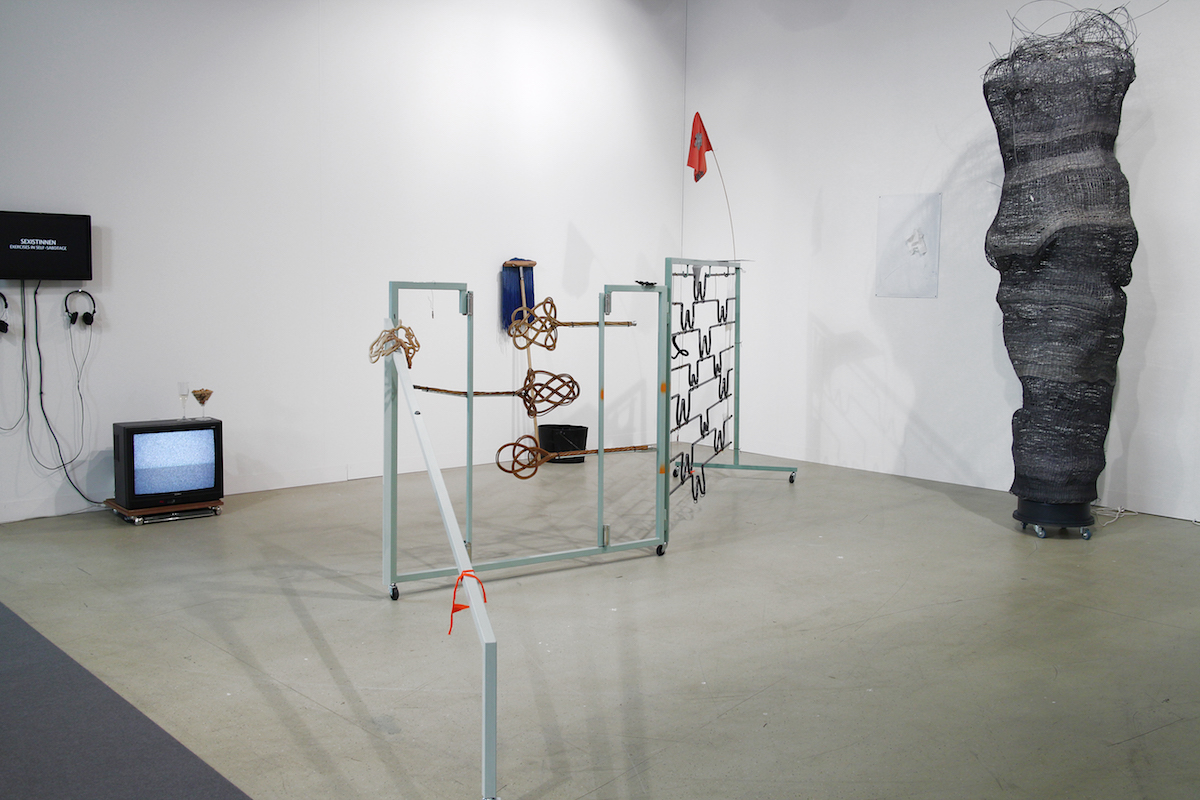 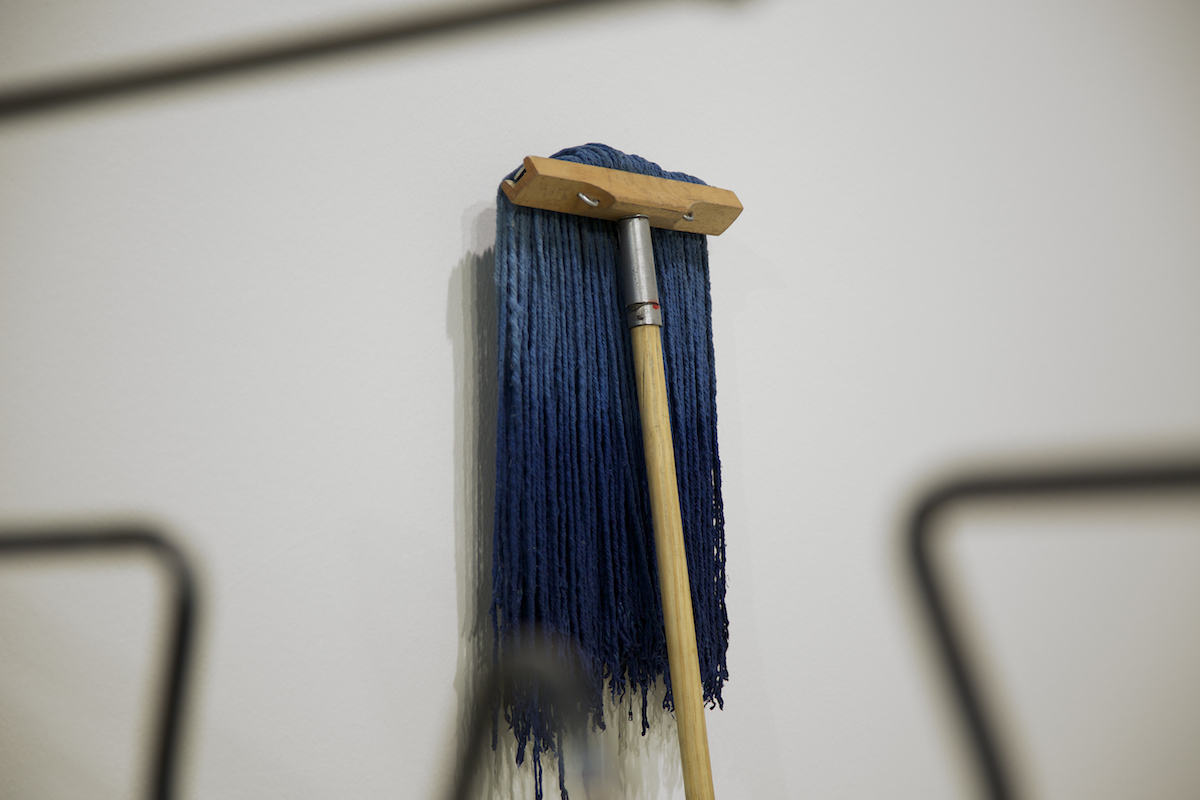 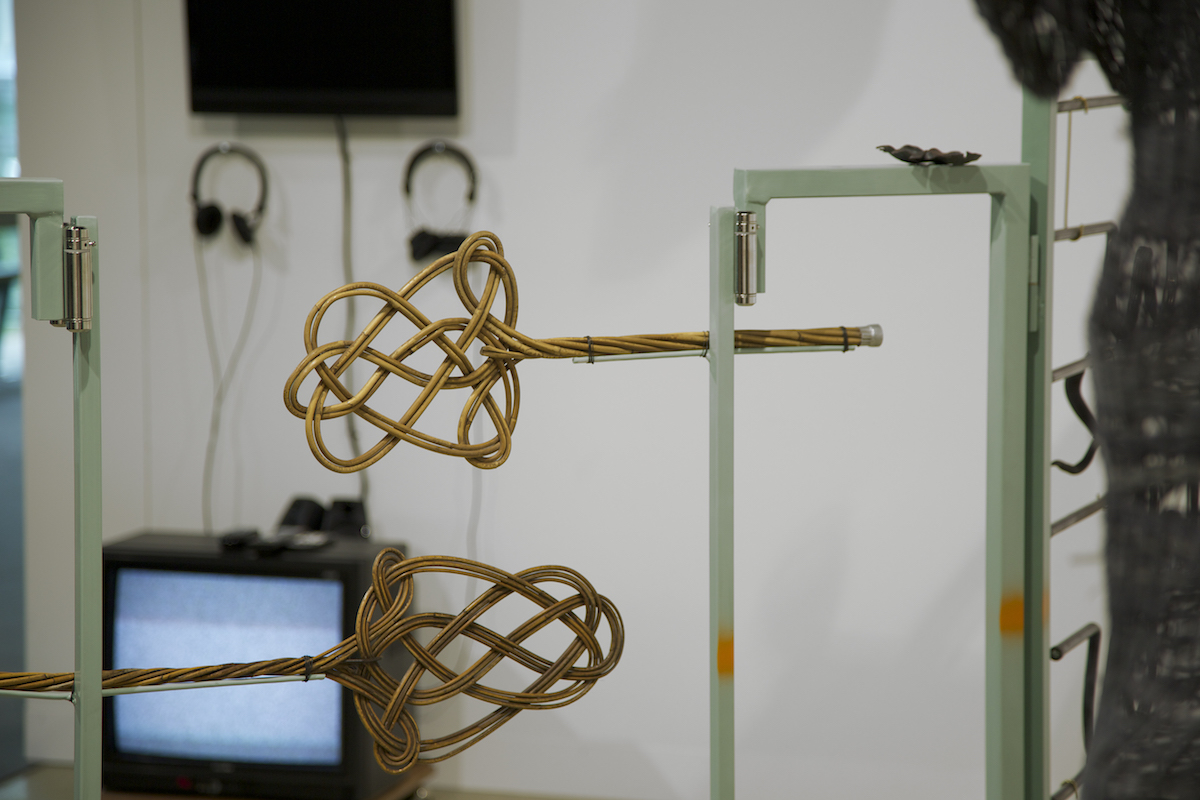 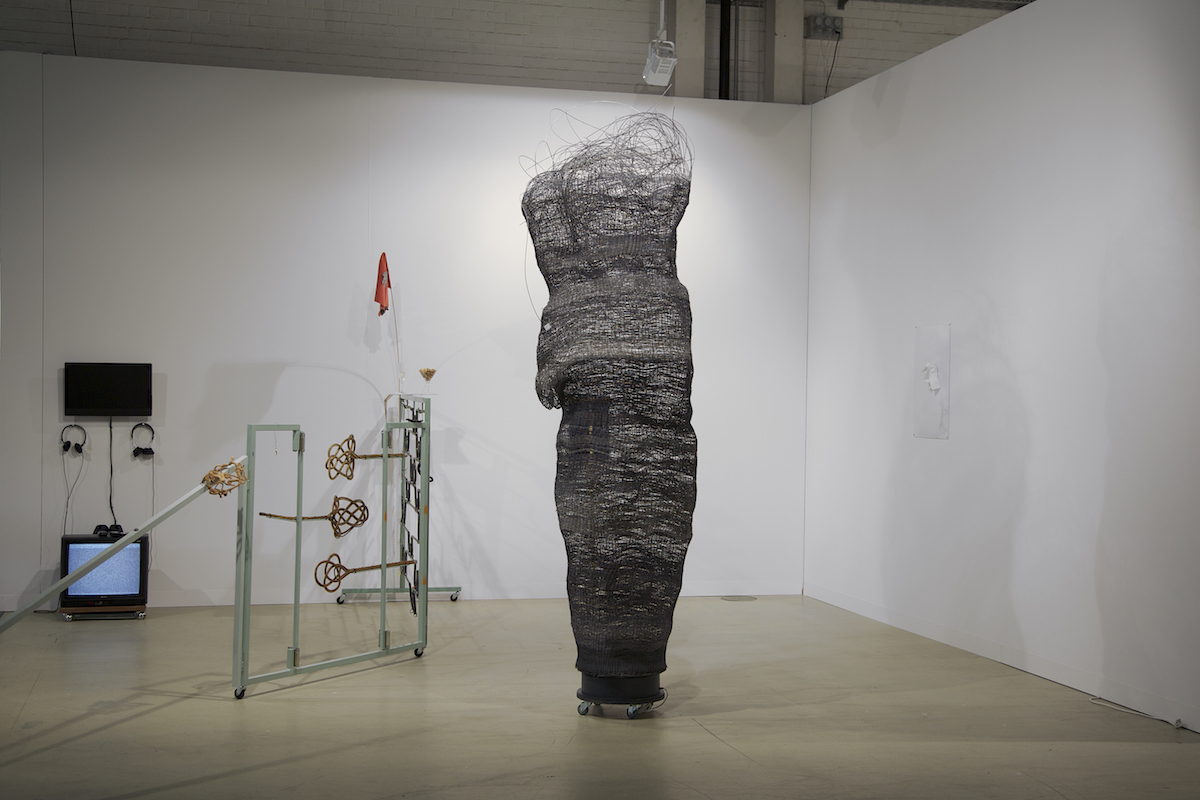 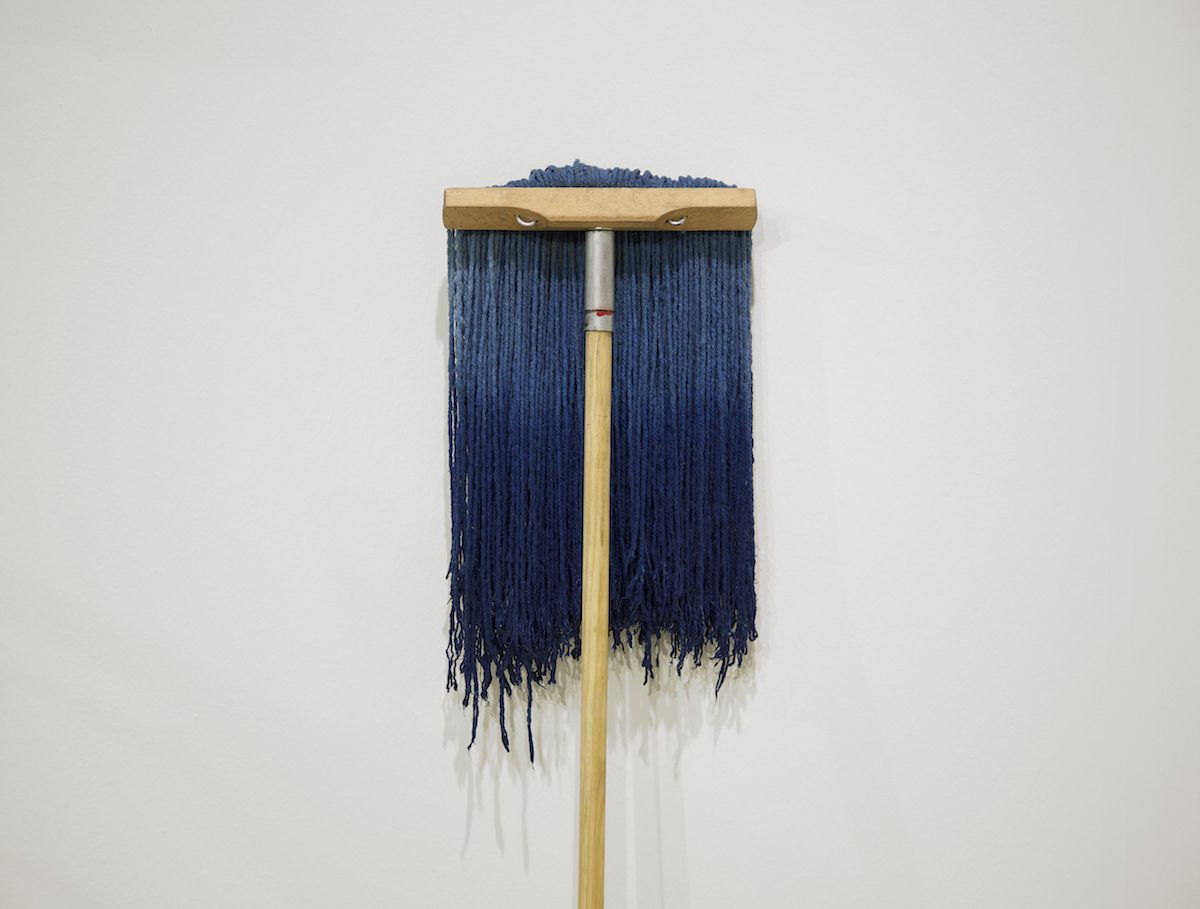 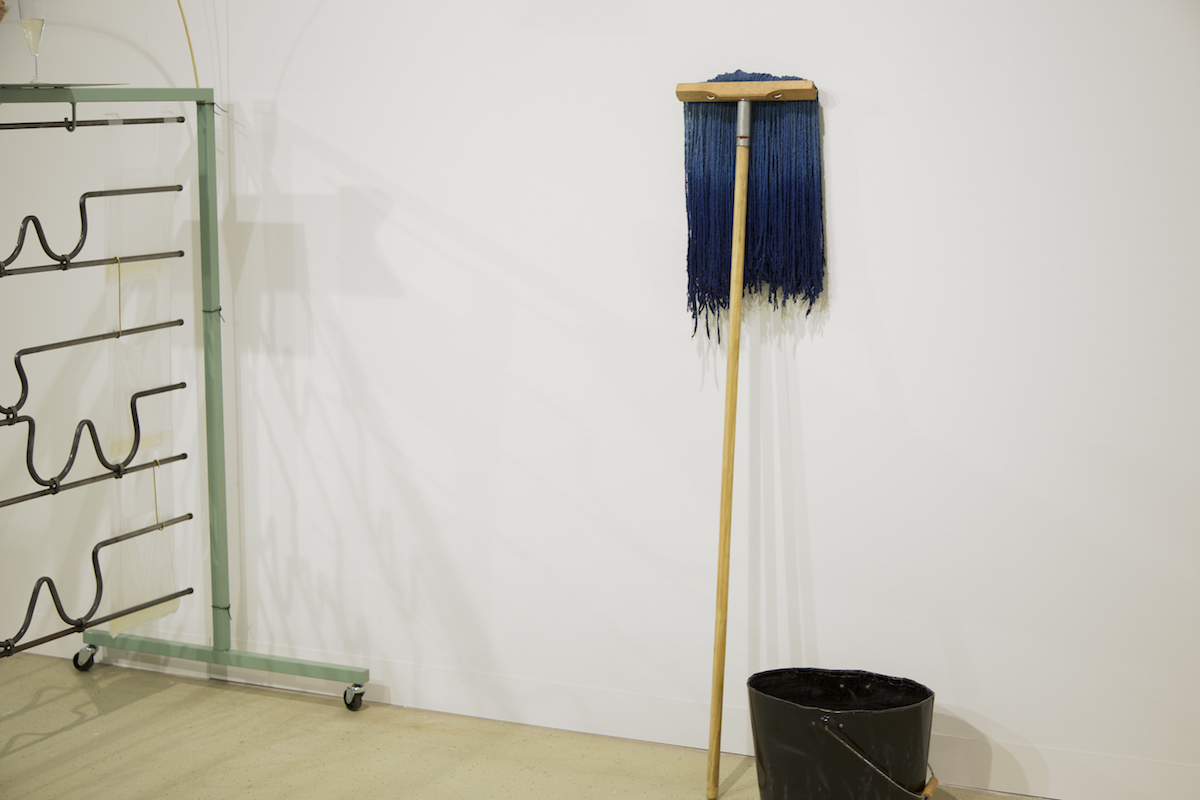 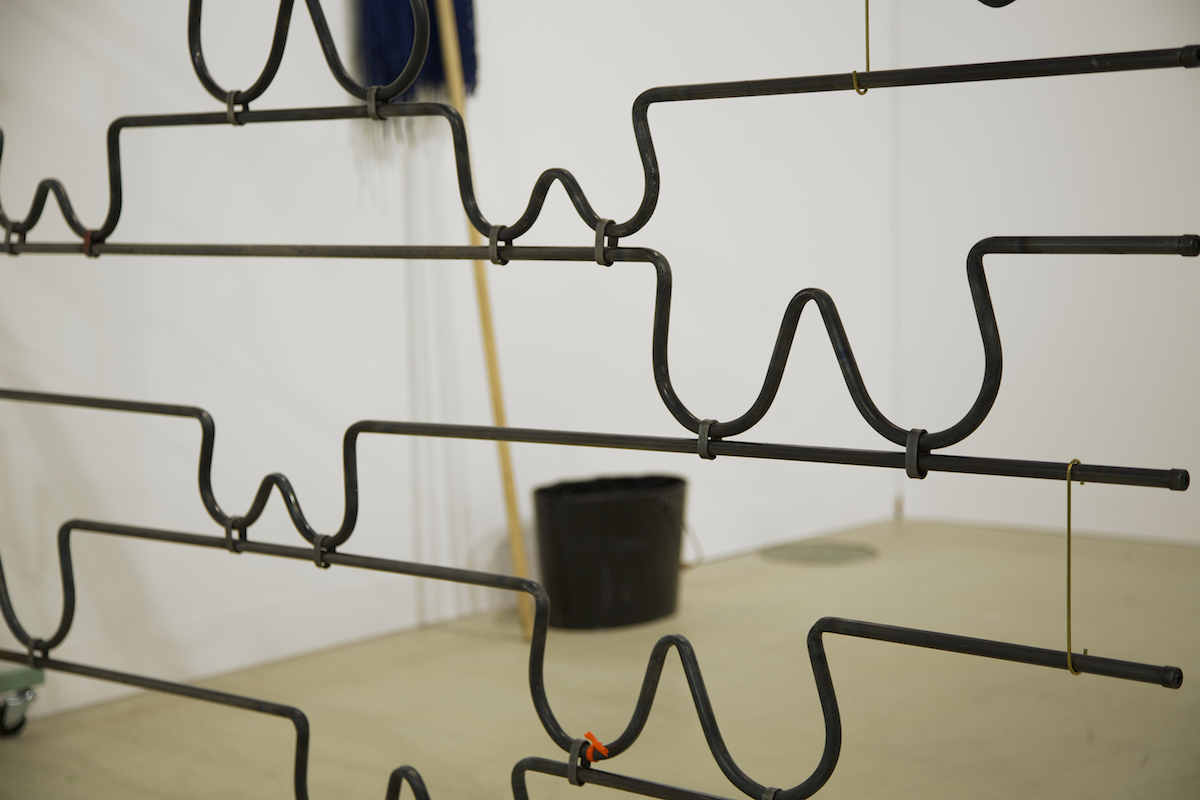