On occasion of Art Basel Statements 2013, David Horvitz proposes a project titled The Distance of a Day.

The Distance of a Day

In early February I asked my mom to go and watch the sunset and make a video.

She did this from the Palos Verdes Peninsula, where I used to watch the sunset when I lived in California. She made the video with her iPhone taped to a metal barrier that protects people from falling over the cliffs.

In synchronicity with her, I too was looking at the sun and making a video. From my perspective the sun was rising. I had calculated where the the sun would be seen as rising at the exact same moment it was seen as setting in Los Angeles. In early February this was the Maldives, a location which may not exist in the near future due to the rising of the seas.

As my mom watched the sun set into the Pacific ocean, I was watching it rise over the Laccadive Sea. Synoptic is a useful term here. It comes from the Greek syn, meaning “together”, and optic, meaning “seen”. Though separated by thousands of miles, we were watching the sun together.

The title, The Distance of a Day, is a reference to the idea of the journey. Originally, journey meant the distance one traveled in a day. Here, the spatial distance that separated my mother and myself was not defined by the distance one could travel in a day, but by the day itself. By the delimitations of a day – where the sun rises and where the sun sets.

Phones were chosen to make (and display) the video because they are devices that orient us spatially and temporally. They are like contemporary pocket- watches and compasses that we carry with us. They coordinate and synchronize us. They broadcast moments instantaneously across distances. Or, what seems to be instantaneously. There is always some delay. The same two phones that were used to shoot the videos, that were once on opposite sides of the world, are now used to display the videos. They are now only inches away.

Right now somewhere the sun is simultaneously setting and rising. Someone or something is probably bearing witness to this. 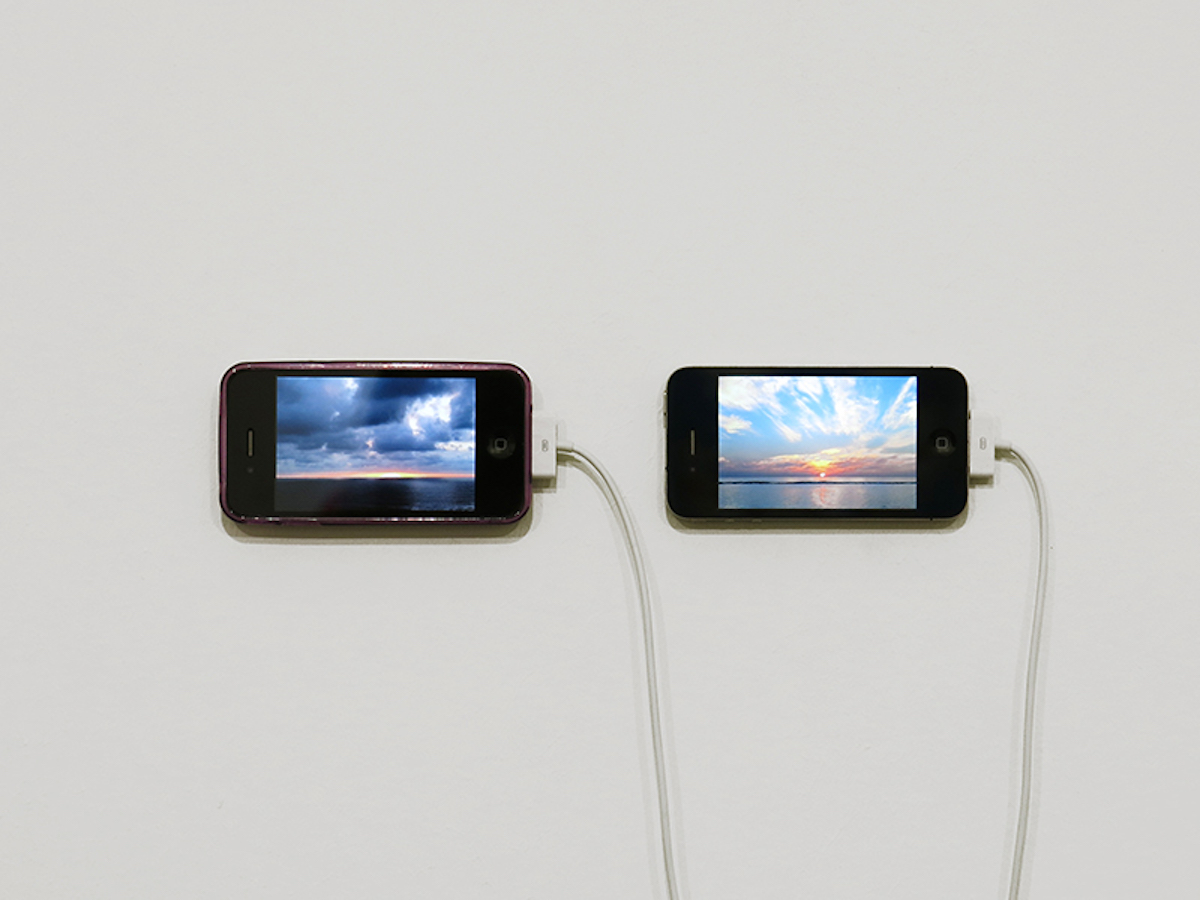 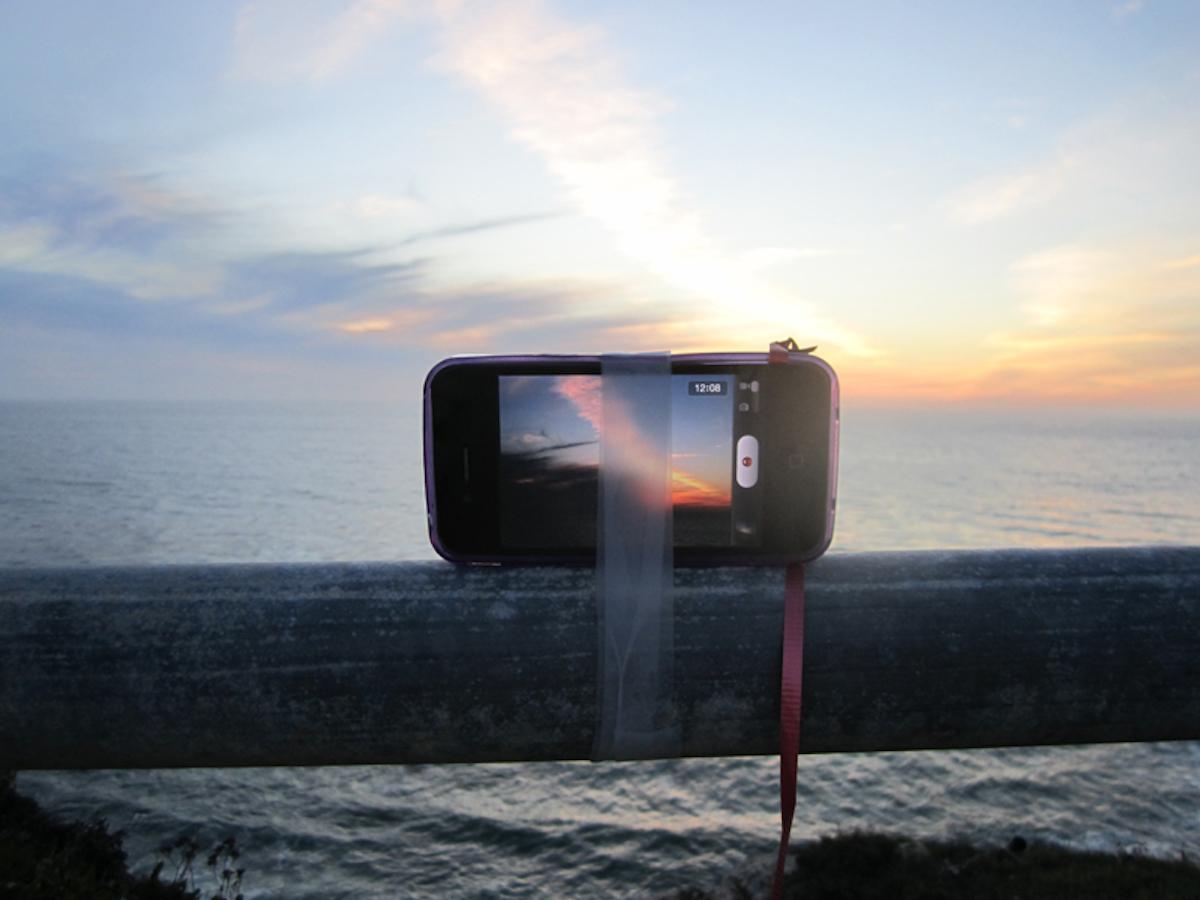 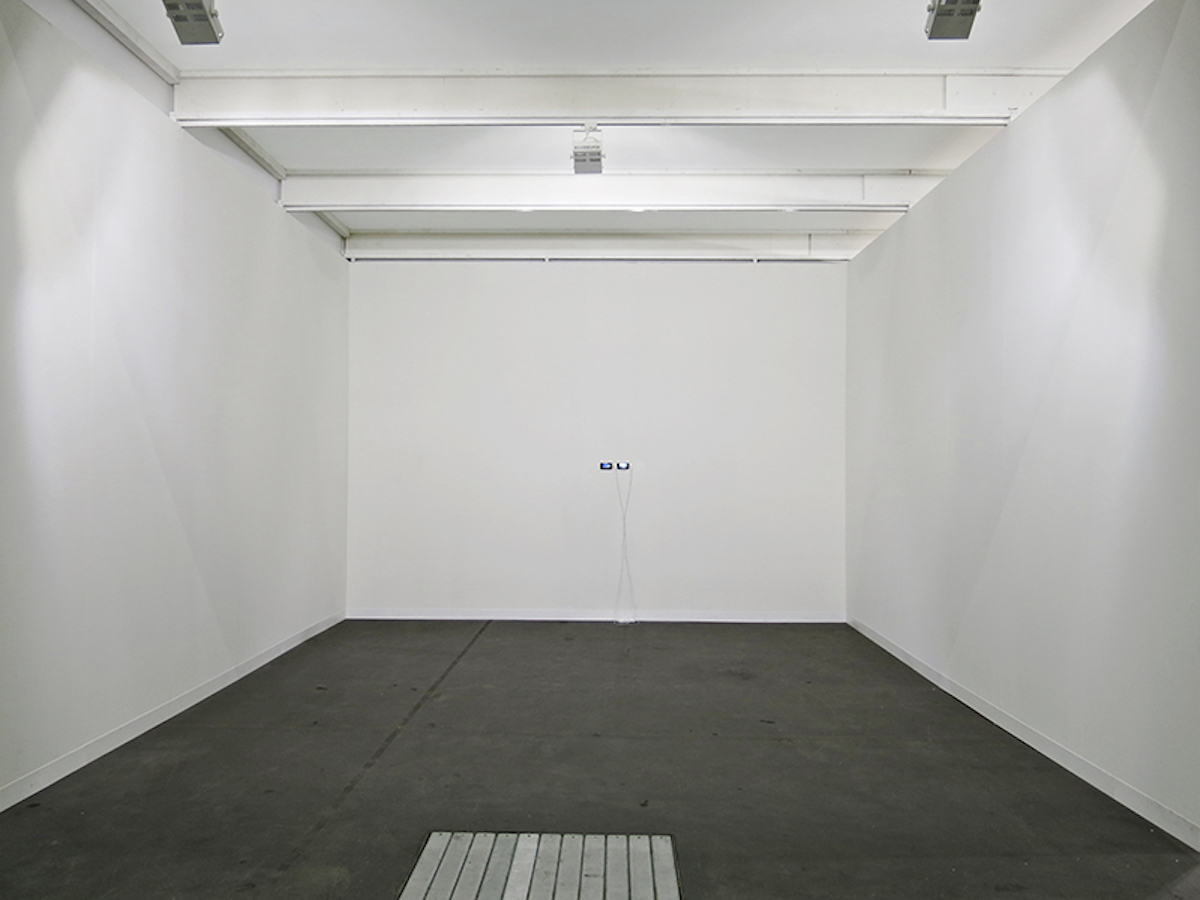