As part of the first program at the gallery’s new location in Berlin Schöneberg, ChertLüdde is pleased to present Die Blüten von Berlin, an exhibition named after a song written and performed by the late drag queen Ovo Maltine (né Christoph Josten, b.1966, Rech – d. 2005, Berlin). Showcasing works by artists and partners Petrit Halilaj (b. 1986, Kostërrc, Kosovo) and Alvaro Urbano (b. 1983, Madrid, Spain), along with photographs by Annette Frick (b. 1957, Bonn, Germany), the exhibition commemorates the individual histories connected to a place as it continues to adapt, evolve and grow.

The exhibition begins with a selection of Frick’s black and white analog photographs, set against a backdrop of larger-than-life floral sculptures by Halilaj and Urbano. Made with steel yet handpainted in a delicate blue, the sculptures emulate gargantuan forget-me-nots, which in the context of the exhibition become nostalgic impressions alongside Frick’s portraits of Berlin’s queer community. Primarily taken during the 90s through the turn of the century, Frick’s photographs are marginal and experimental in both subject and style. Taking inspiration from other photographers such as Lisette Model, Frick documents queer and punk subcultures in Berlin to reveal moments of carnivalesque joy and freedom in the lives of people existing outside the heteronormative orders of urban society. On the left side of the gallery among a row of other portraits is a photo of Ovo Maltine holding a daffodil and wearing a headdress cascading downwards. The three-piece costume, designed by queer fashion designer and performer BeV StroganoV (b. 1963, Germany), was previously worn in the performance during an underwater-themed party called Tunten im Meer. Titled Ovo Maltine Luftschloß (2001), this photograph crystallizes one of the more solitary moments before a performance.

Ovo Maltine, like many of the people Frick photographed, was a dear friend of the artist. Frick’s close proximity to her subjects is evident in these images, drawing significant parallels to the candid and poignant work of American photographer Nan Goldin, whose subjects were largely her friends within the queer and trans community, sexuality, drug addiction, and the HIV crisis. On Goldin’s earlier photographs taken in Boston during the 70s, Abigail Solomon-Godeau writes:

(…) how does the insider position – in this instance, that of someone who has lived with the subjects; who loves and admires them; who shares their world – determine the reception of these images or even the nature of the content? The dressing/undressing images, for example, which could be said to signify effectively the intimacy of the relation between photographer and subject, has a specific valency with respect to cross-dressing and transvestism. In other words, whether or not one considers these to be indicative of identities, roles, masquerades, or “third genders,” the very nature of the entity “drag queen” or “transvestite” is predicated on the transforming act of dressing up. To photograph different moments in that transformation from biological male into extravagant fantasy of made-in-Hollywood femininity and glamor is to document a ritual that is itself about exteriority, appearance, performance. For it is, after all, on the level of appearance that drag queens stage their subversive theater of gender.(1)

Like Goldin, Frick chose to photograph liminal and intimate moments in the lives of her subjects, particularly those in which they transform into their public personas. Taken after the fall of the Berlin Wall in 1989 and the German reunification, these images document individuals defying social propriety and thereby contributing to an unfolding socio-cultural evolution.

Among the portraits in the first gallery hang Halilaj and Urbano’s works I never saw Blue You (dark Purple) and I never saw Blue You (Gold) (both 2022). Part of a series of two-dimensional works, these sculptures were repurposed from wallpaper found during the renovation of the new gallery space, previously the costume and decoration store Deko Behrendt. Preserving the state of disrepair the velvety purple and golden-bronze festive wallpapers were found in, the artists have kept its fraying edges to reveal the layers of wallpaper containing Deko Behrendt’s seventy-year history.

I never saw Blue You examines the conceptual nature of the backdrop, and by relation the history of landscape photography. Formerly the decorative elements of an interior space, the wallpaper has been recontextualized as an individual work. Departing from the aesthetics of Frick’s photographs, the sculptures draw nearer to certain visual traditions such as early photographic collodion processes. Experimenting with this medium could produce foggy or clouded appearances that sometimes leaned towards the abstract. These early trials, uniquely dependent on time and chemistry, are in some ways like the decades-old wallpaper revisited for the I never saw Blue You series.

The notion that “the landscape is never a neutral space– its multilayers are connected with history, social connections, political decisions and emotional networks,” (2) extends as well to the broader view of the artists’ joint practice. Often facile and decorative at first glance, a closer gaze reveals work that is emotive and political, a revelation of hidden beauty that is brought from the background to the fore. In the words of Éduoard Glissant, “to say ‘self’ is to say ‘landscape’, because landscapes are not backdrops. Landscapes are characters and landscapes change and differ.”(3) I never saw Blue You reveals itself to be a nebulous form of documentation, uncovering an environment that has witnessed decades of actions and developments.

Further directing our attention towards a more complicated understanding of the landscape, the gallery space is interjected with a blooming cherry blossom by Halilaj and Urbano that hangs from the ceiling. Part of a series of sculptures that, when combined, form an enormous bouquet, 10th of May 2016 (Cherry) (2020) recalls the date a significant exchange took place between the couple.(4) This series first appeared in the Palacio de Cristal in Madrid, during the summer of 2020 when the artists planned to marry.(5) Initially conceived as wedding ornaments, the flowers maintain their stage of initial bloom. In their amplified, intrinsic meanings of love, care and the need for togetherness, Halilaj and Urbano’s flowers remain expectant, fixed in a state of open possibilities. 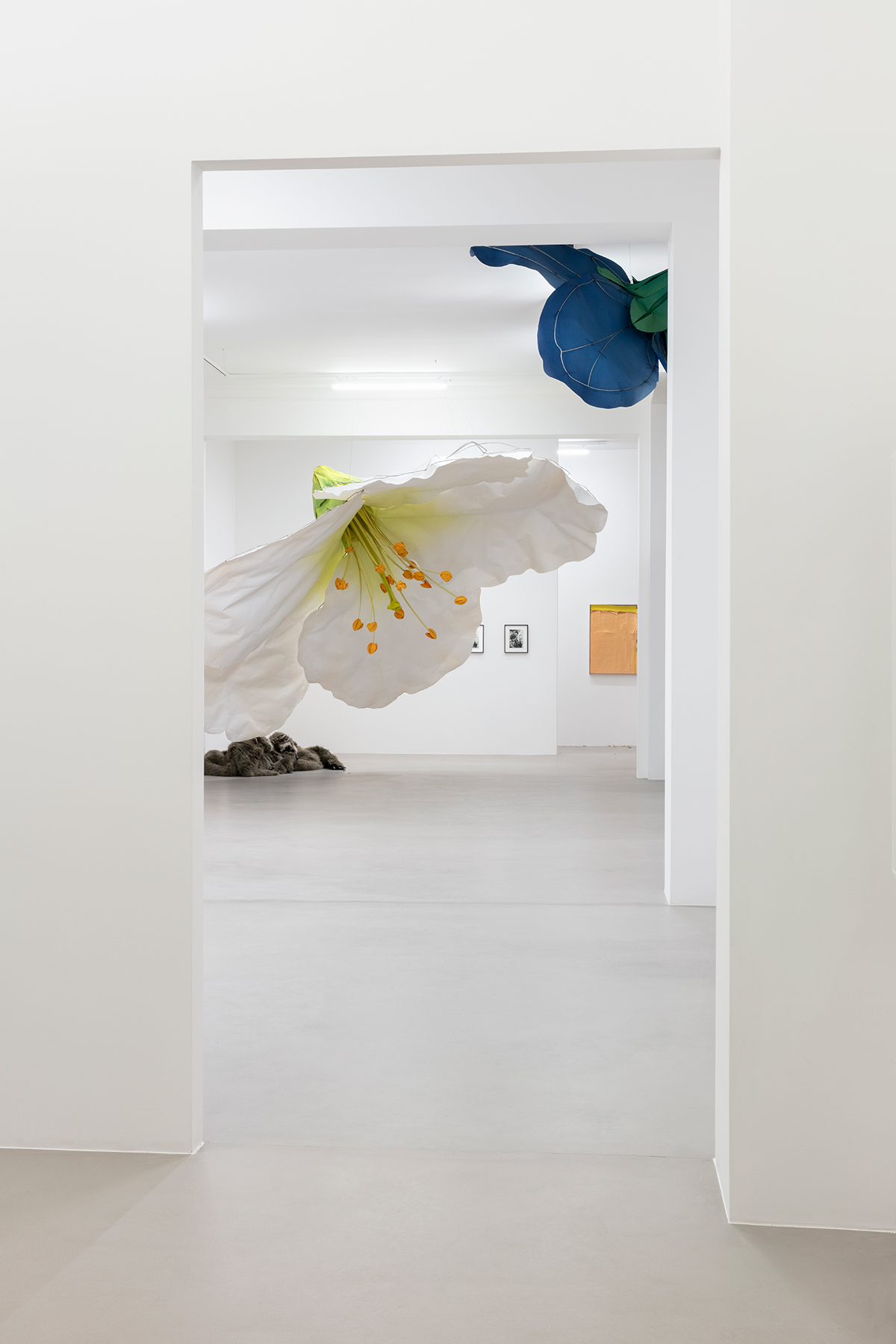 Before entering the second gallery space is a portrait series taken by Frick of Gunter Trube (né Puttrich-Reignard, b. Berlin, 1960 – d. Berlin, 2008). Behind the cherry blossom’s large petals, the intimate photos show Trube applying fake eyelashes, putting on lipstick– taking one final look in the mirror. Trube, an icon in the German drag scene during the 90s with international merit, was an essential figure in AIDS education and disability awareness. As a hearing-impaired drag queen, poet and activist, he had many extraordinary talents which led him to participate in the ​​Deaflympics in 1977 and 1985, receiving in the latter year a silver medal for the 400-meter relay. Along with others who did the same, Trube’s transformation into drag held a certain significance as a defiant act of public protest, an embodiment of the spirit of transformation that flows throughout the exhibition.

Becoming a symbolic ensemble of past and present, with a particular focus on queer legacies, the exhibition traces the history of its surroundings and the communities within.

At the threshold of the second gallery space are two portraits of Juwelia Soraya (b. 1963, Korbach) taken in 2006 at the Berlin project space Casabaubou before its opening.(6) Like I never saw Blue You (2022), it is a work dealing with a changing indoor space. Captured in the midst of the interior’s renovation is Soraya in a frivolous chemise, tearing off the dated wallpaper in an act that is mirrored by Halilaj and Urbano more than a decade later.

Before ChertLüdde moved in, while Hauptstraße 18 was still known as Deko Behrendt, the site was a treasure trove for countless party decorations and was famous for having exactly what one needed for any costume. It was also an important axis for Berlin’s early drag queens, with many items from Frick’s photographs having been sourced from the store. Over time, these walls saw both subtle and monumental changes as visitors passed through the space.

In relation to these spatial histories, works from Halilaj and Urbano’s wallpaper series I never saw Blue You confront the boundaries of memory and time. Functioning as temporal documents, they trace a narrative that oscillates between testimony and fantasy, between reality and possible fiction. Between the layers, glimpses of past trends, parties and memories begin to unveil themselves. Having aged with the store, the unraveling sheets of wallpaper simultaneously portray a decomposition as well as a resurrection of memories. Sharing similar stories to Frick’s tender portraits, Halilaj and Urbano’s works add a complex and poetic ambiguity to these narratives.

While they evoke abstract landscapes, these works still remain in the realm of the interior. Gaston Bachelard’s The Poetics of Space (1958) investigates such inner locations and explains them to be places for intimacy and memory to express themselves through special and temporal poetry. This is done by extending the longevity of lived experiences through the reactions and memories stirred by a certain place. Presented for the first time in their place of origin, Halilaj and Urbano’s works can also be seen as objects containing the happenings of the visitors and inhabitants of Deko Behrendt. As a study of the walls of a beloved space, the works archive celebratory moments in a timeless, expansive way.

Working with the interstices of memory and personal archives, the three artists approach their subjects with care and dedication, preserving details that bear witness to what once was. In this way, the exhibition becomes a testimony of the unwritten moments that shaped and continues to affect our personal and cultural circumstances, alongside the gallery’s own evolution. 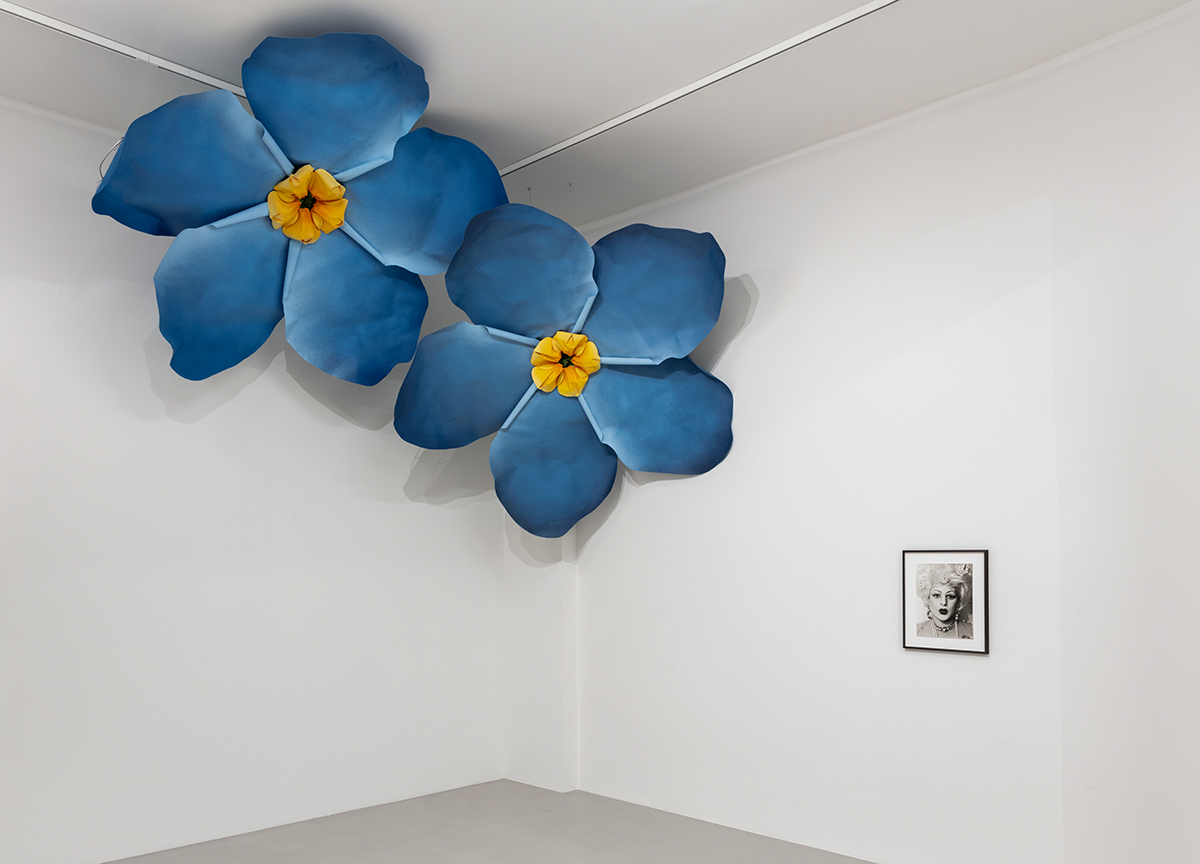 Annette Frick was born in Bonn in 1957. From 1978 to 1988 she studied Fine Arts at the Fachhochschule für Kunst und Design with Arno Jansen, Daniel Spoerri and Robert van Ackern, where she also completed her Master of Fine Arts in 1988. At the same time, she worked as a photographer for various scientific institutes, published texts on art and photography, and founded the Hafensalon in her Cologne studio together with Achim Riechers and Doris Frohnapfel. In 1996 she moved to Berlin. She received the Emprise Art Award Düsseldorf in 2006; completed a research study for the DEFA Foundation with her film on Herbert Tobias in 2008, shown in the Panorama program of the Berlinale in 2011; and received the Cité Internationale des Arts scholarship Paris in 2016/2017. In recent years, her solo exhibitions have been shown in Frankfurt, Cologne, Berlin, Bremen and Leipzig. She won the Ellen-Auerbach-Stipendium from the Akademie der Künste in 2018  and the Dieter-Ruckhaberle-Förderpreis in 2020. She was also among the 2020-2021 grantees from the Pollock Krasner Foundation.

Petrit Halilaj (b. 1986, Kostërrc, Skenderaj-Kosovo) and Alvaro Urbano (b. 1983, Madrid) are two visual artists based in Berlin. Mostly working individually, their common practice combines specific aspects of each artist’s interests and complements each other’s research. Their joint production reflects on the dichotomy between built environments and nature, and on the possibilities of negotiation between these two realities: in that regard, the inhabitants that occupy these liminal spaces suscitate a particular interest for the two artists.

1. Abigail Solomon-Godeau (1994), “Inside/Out” in Public Information Desire, Disaster, Document. San Francisco, SFMOMA. The writer discusses what she refers to as the insider/outsider positions of photographers in relation to their subjects.

5. Petrit Halilaj, To a raven and hurricanes that from unknown places bring back smells of humans in love, Palacio de Cristal, Museo Reina Sofia, Madrid, 2020.

6. Casabaubou was founded in 2007 by Annette Frick and Wilhelm Hein in Wedding as an underground gallery and studio. It remains an active project space today, hosting exhibitions, readings, film screenings and various other cultural events. 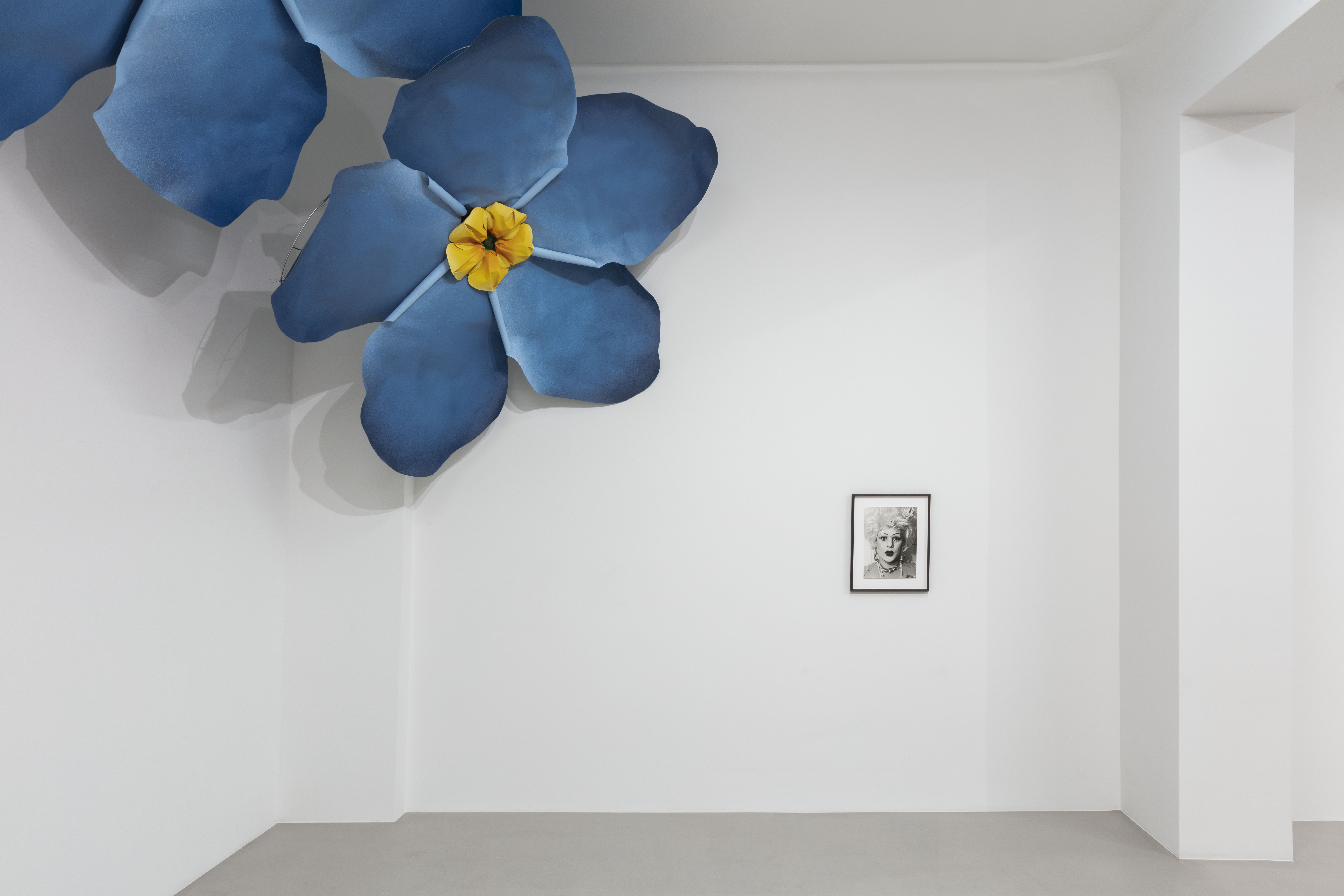 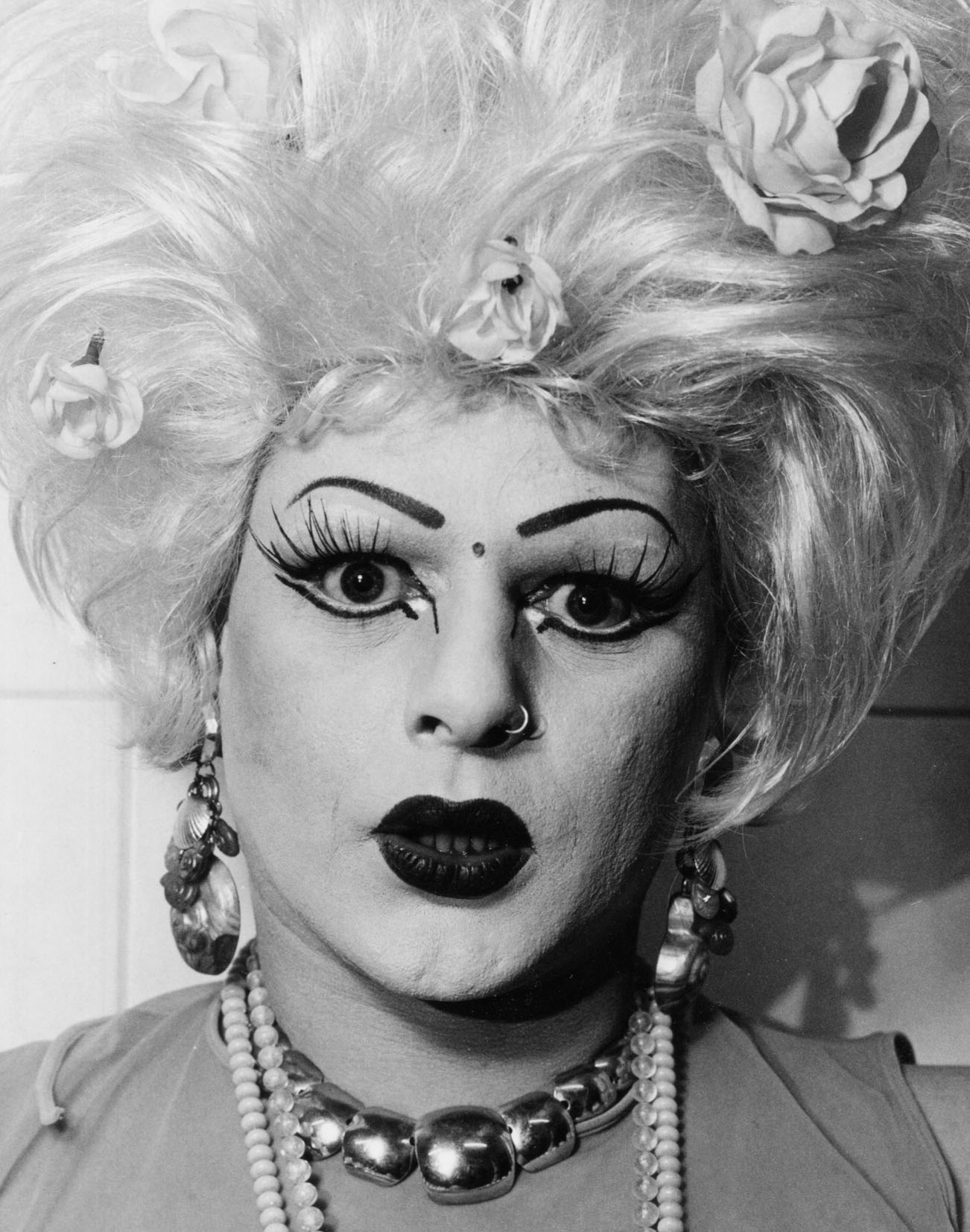 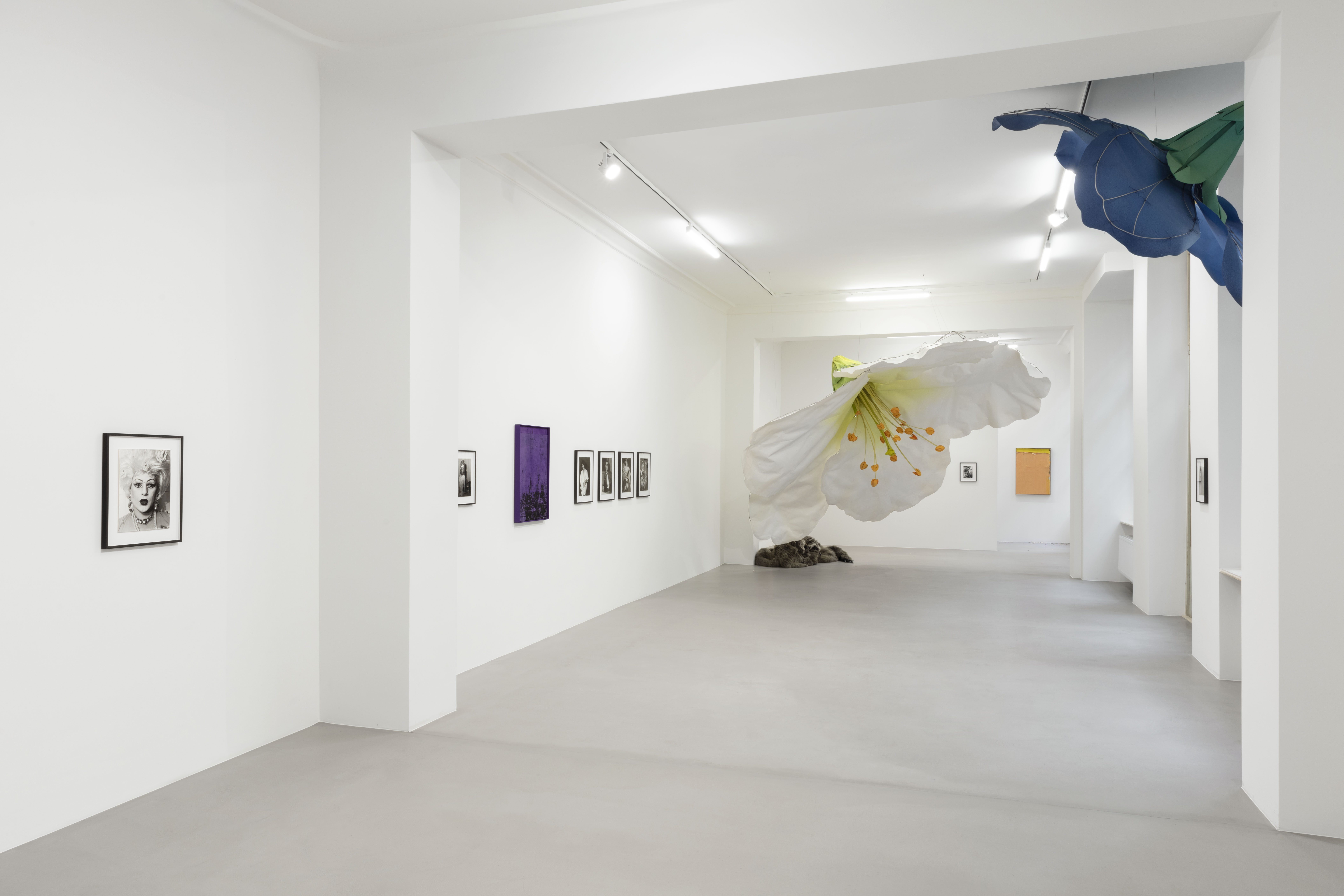 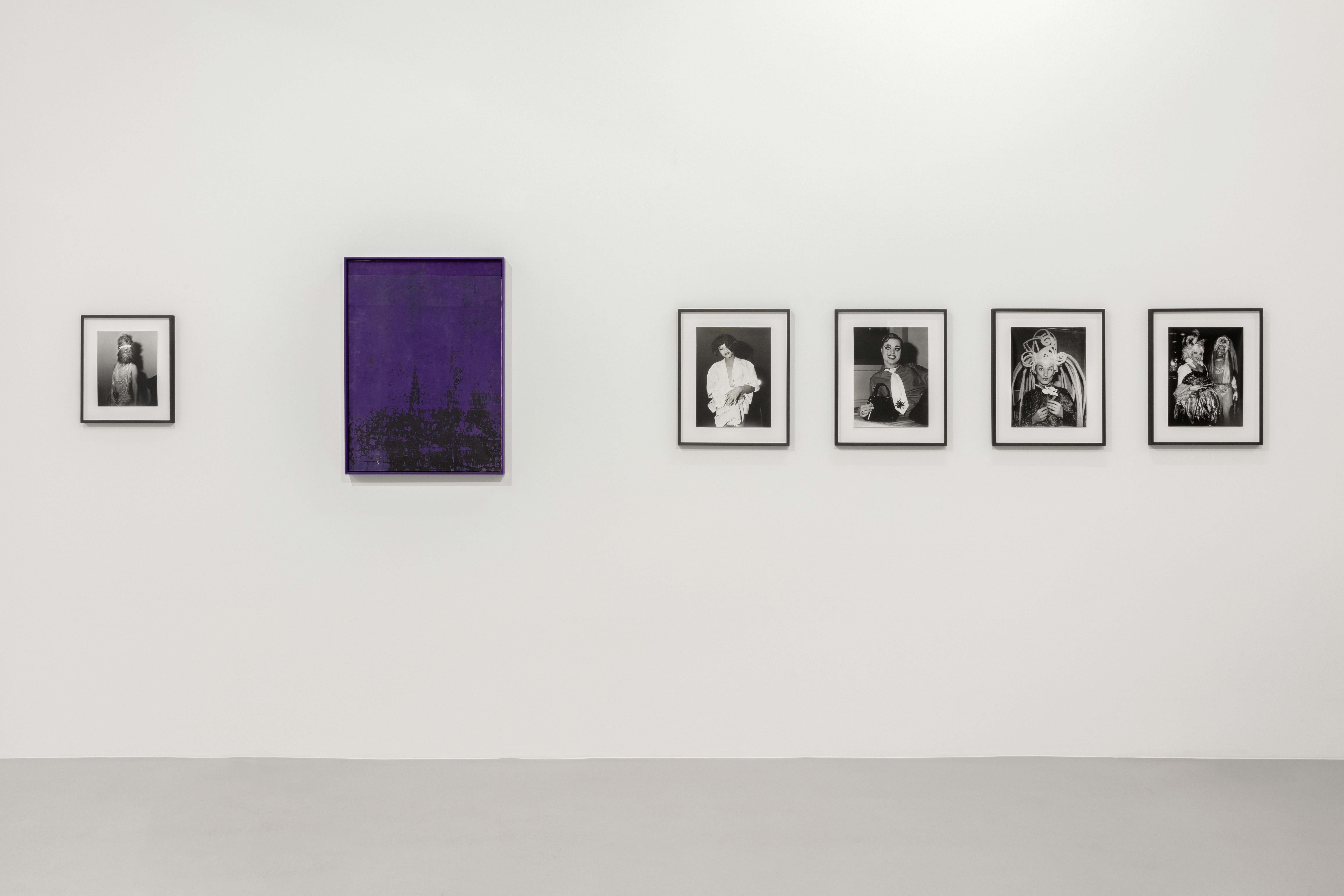 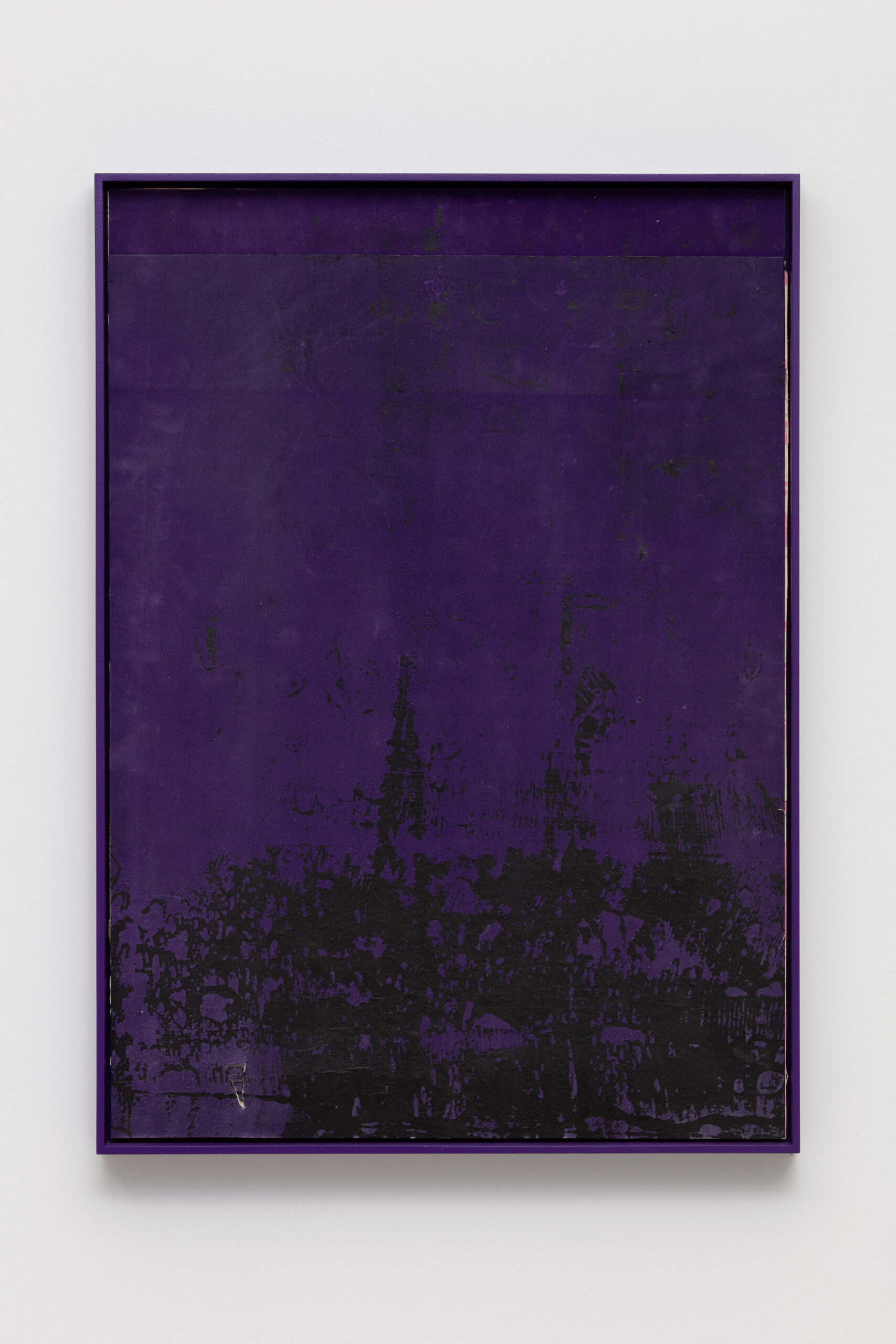 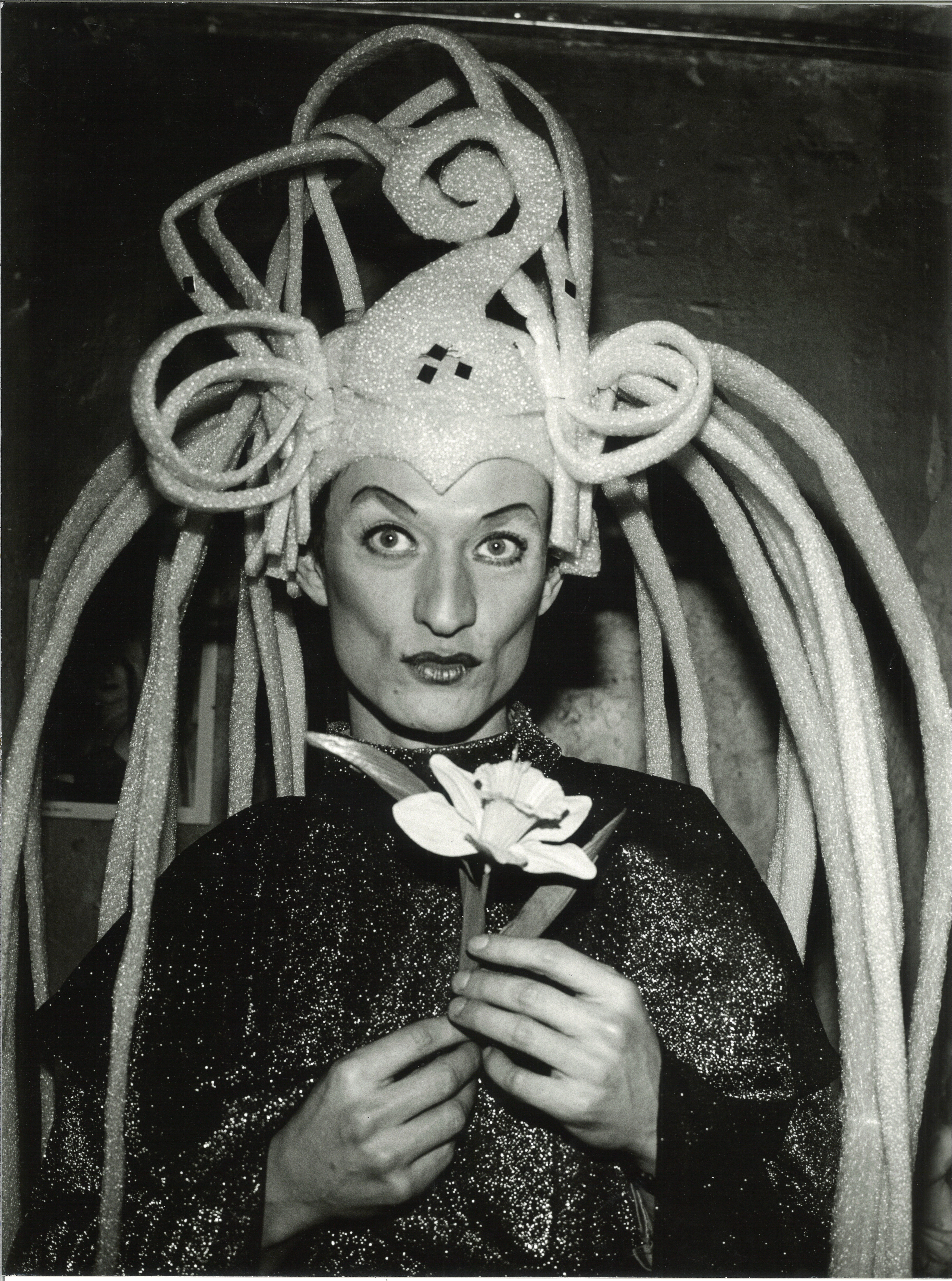 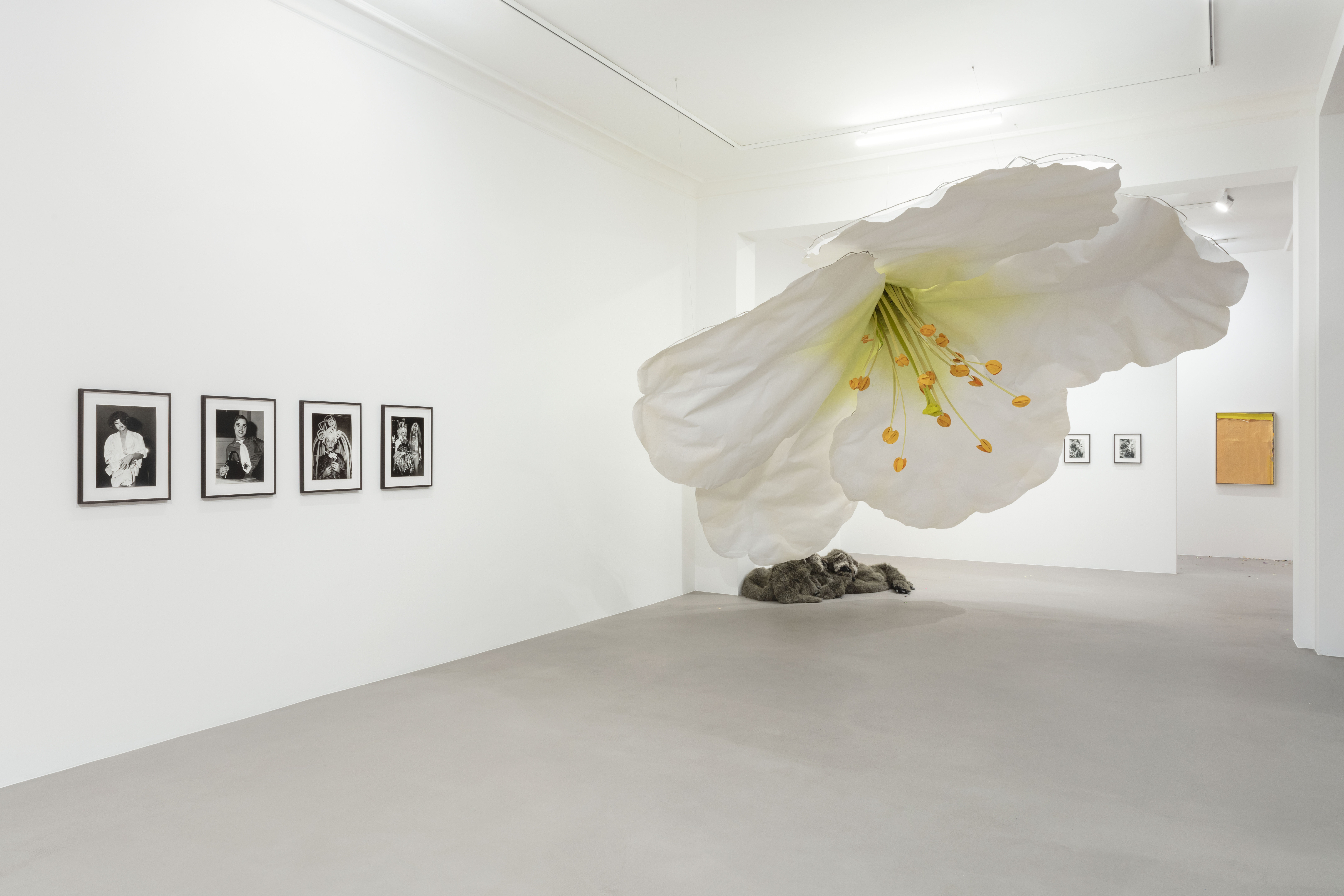 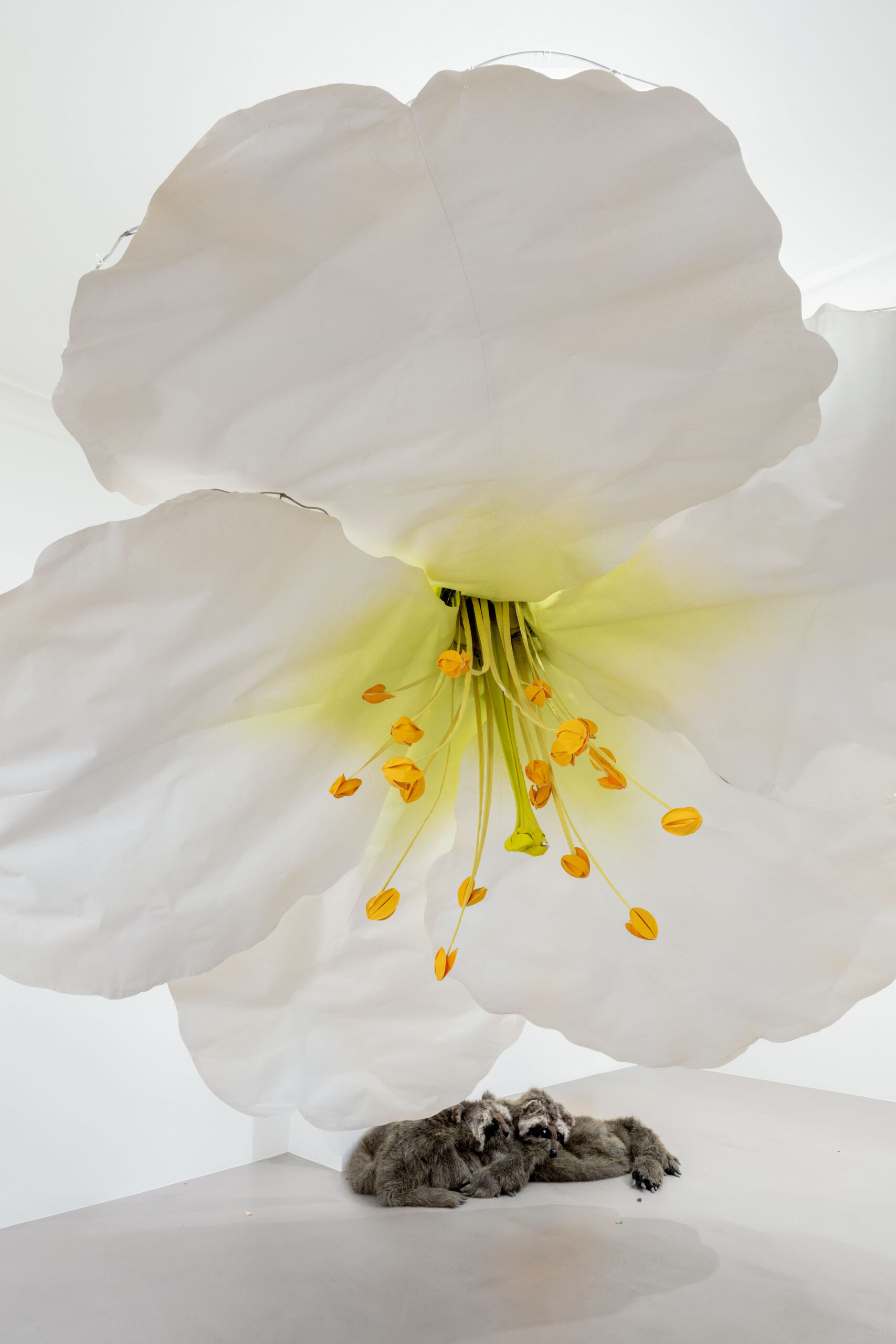 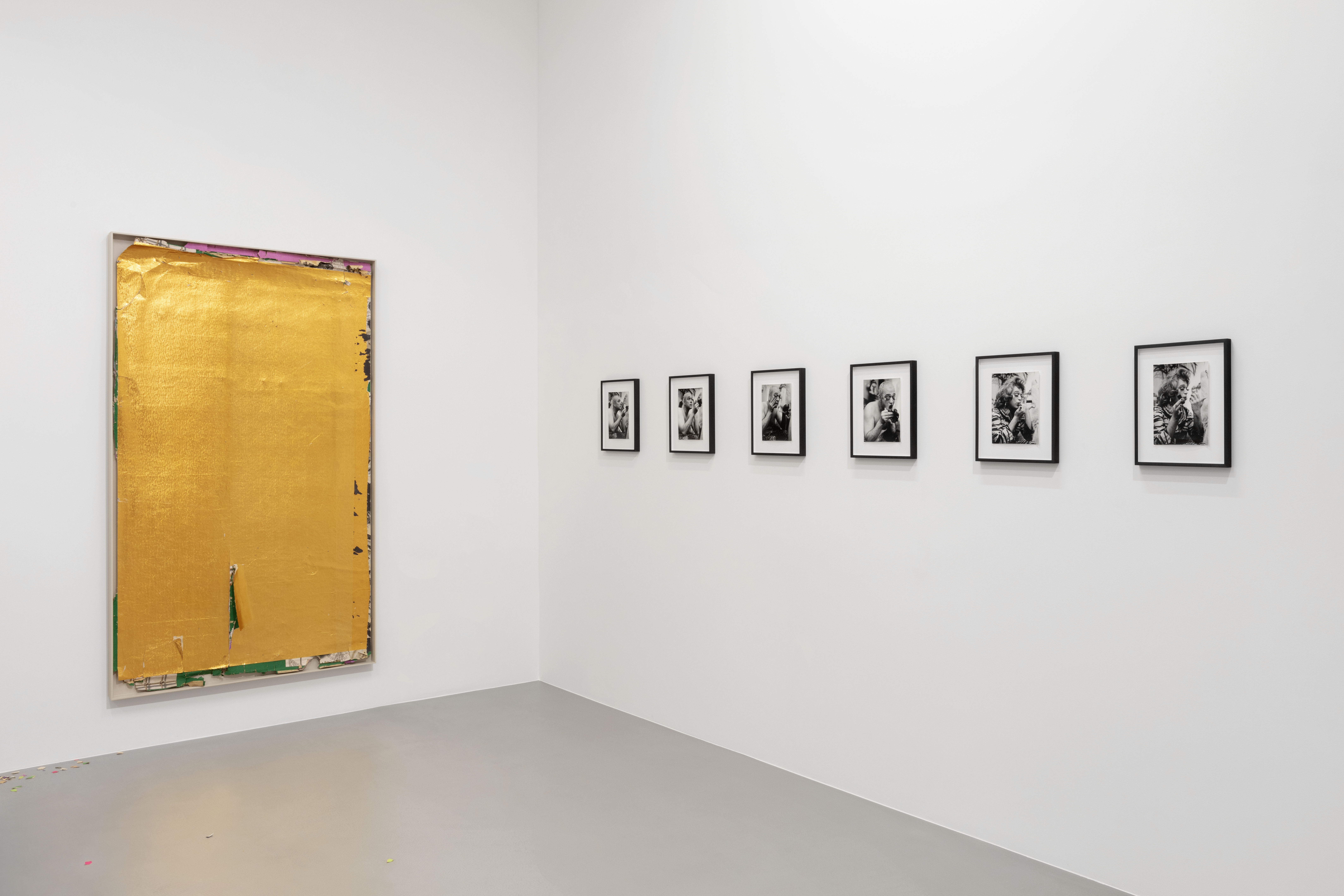 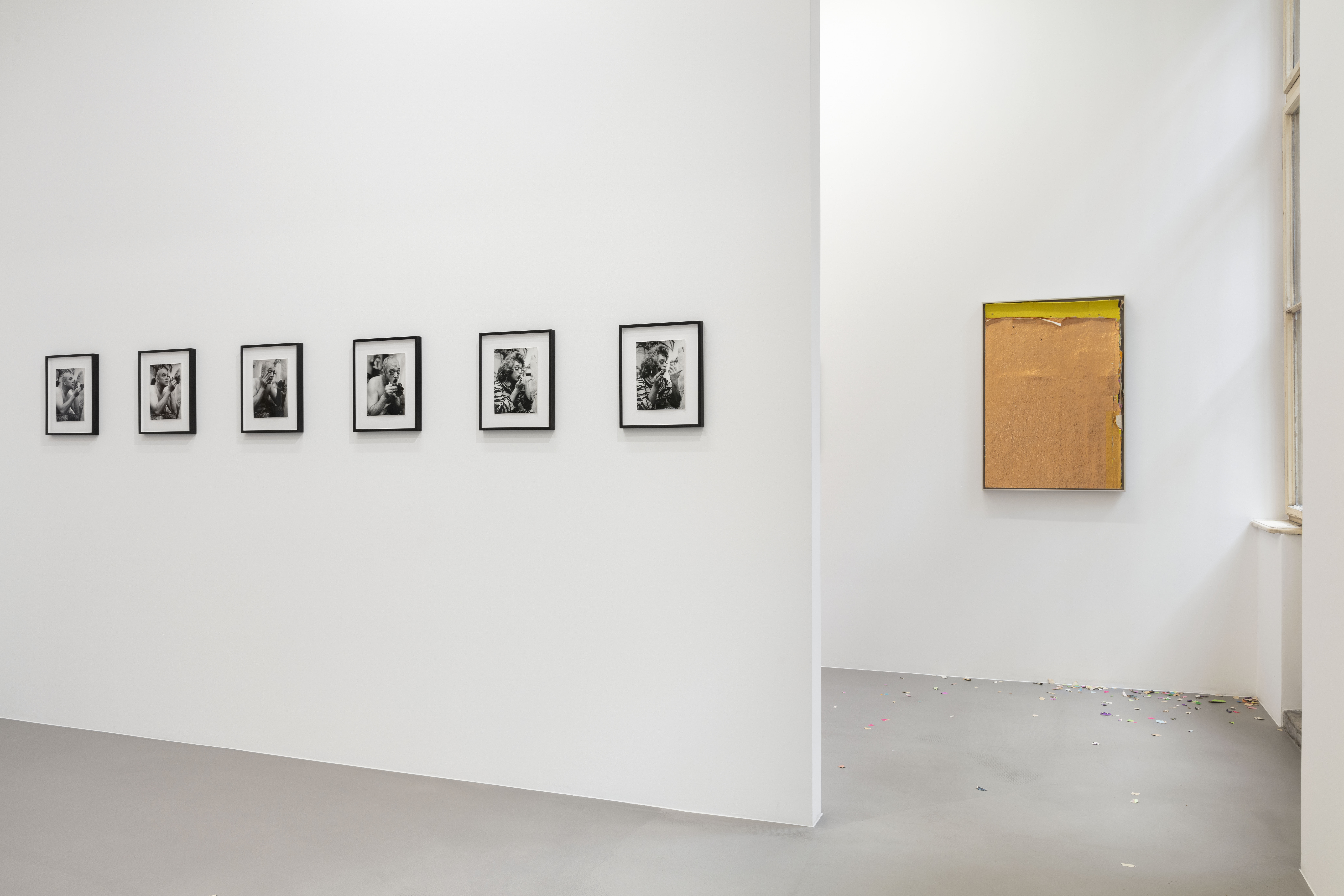 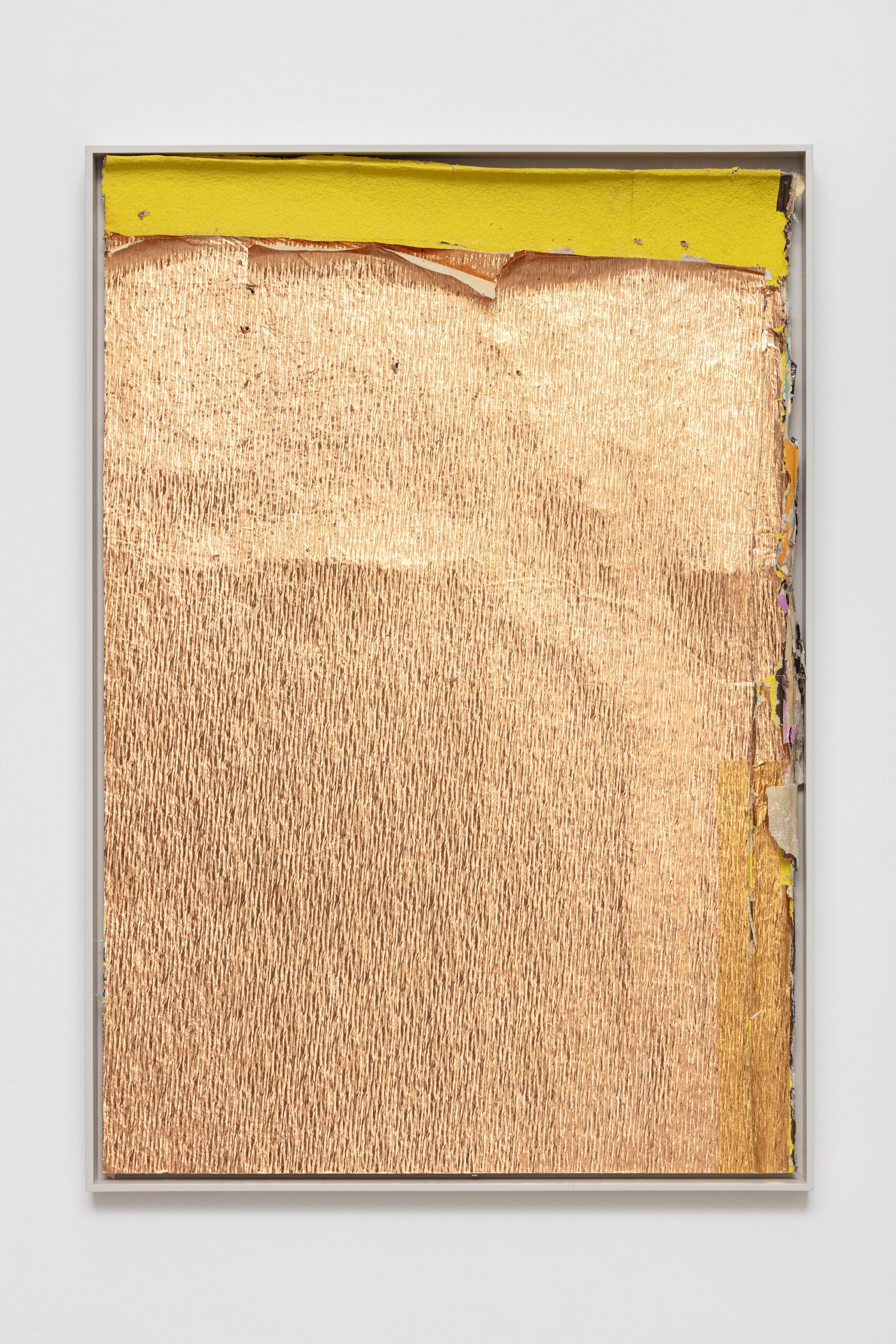 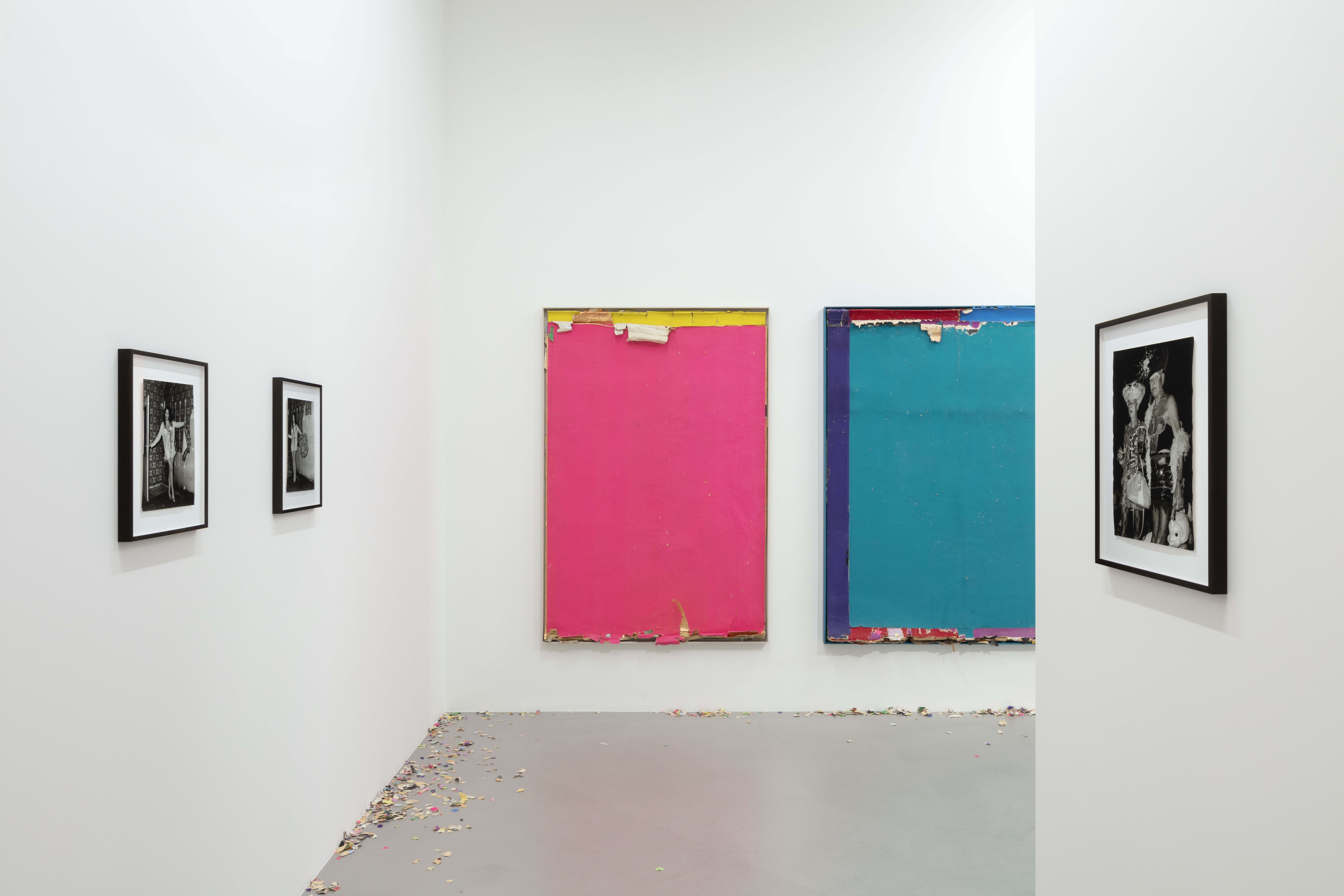 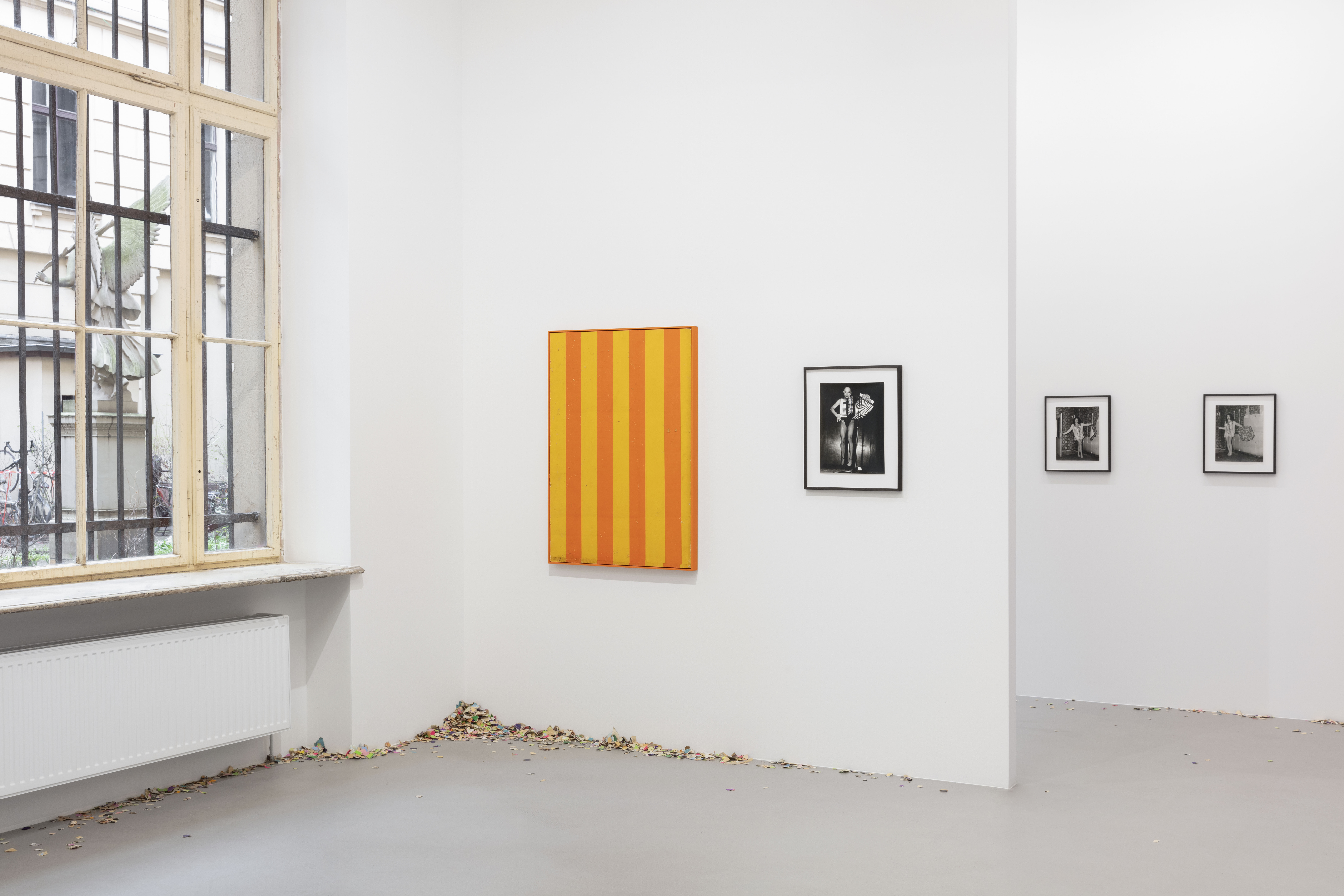 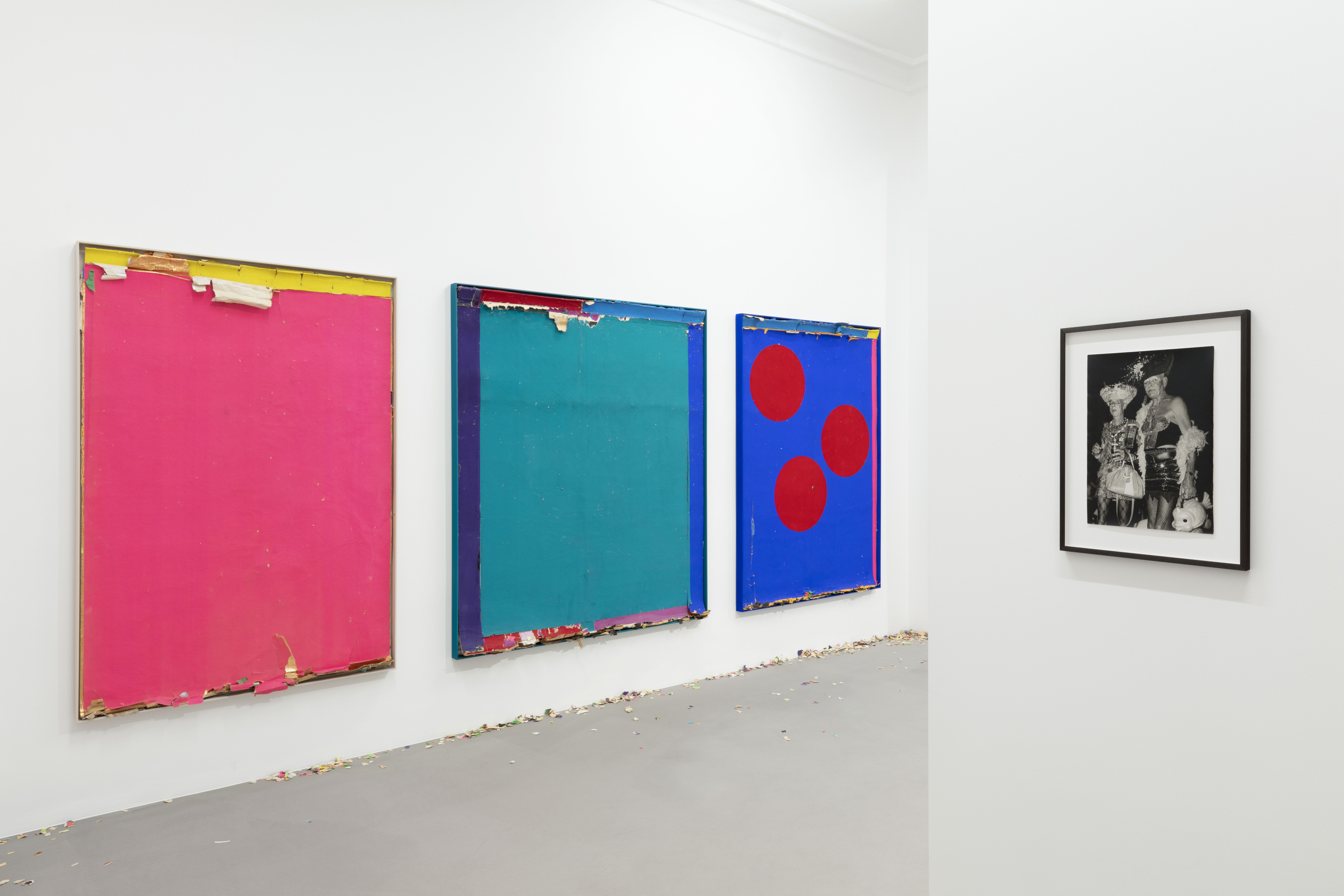 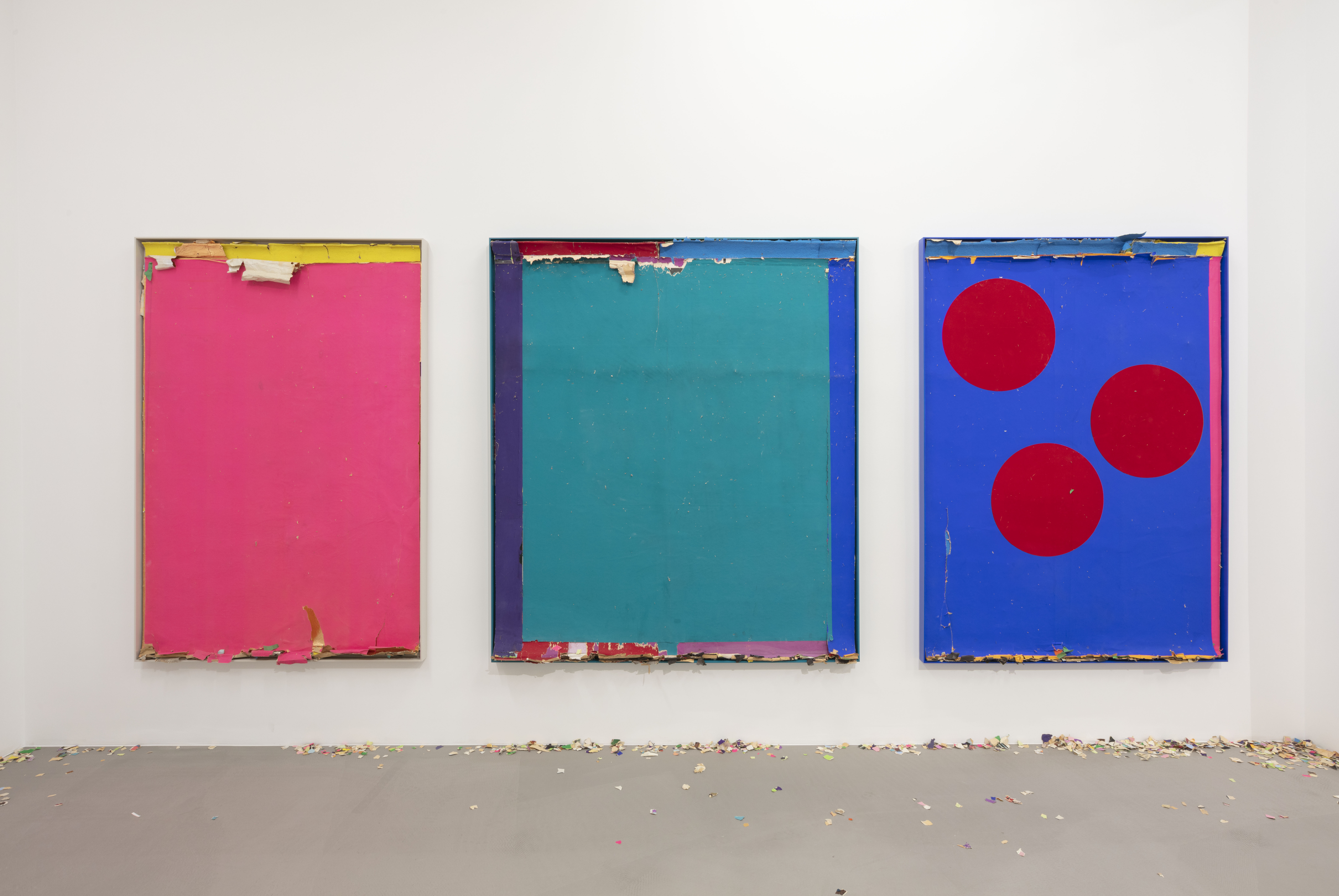 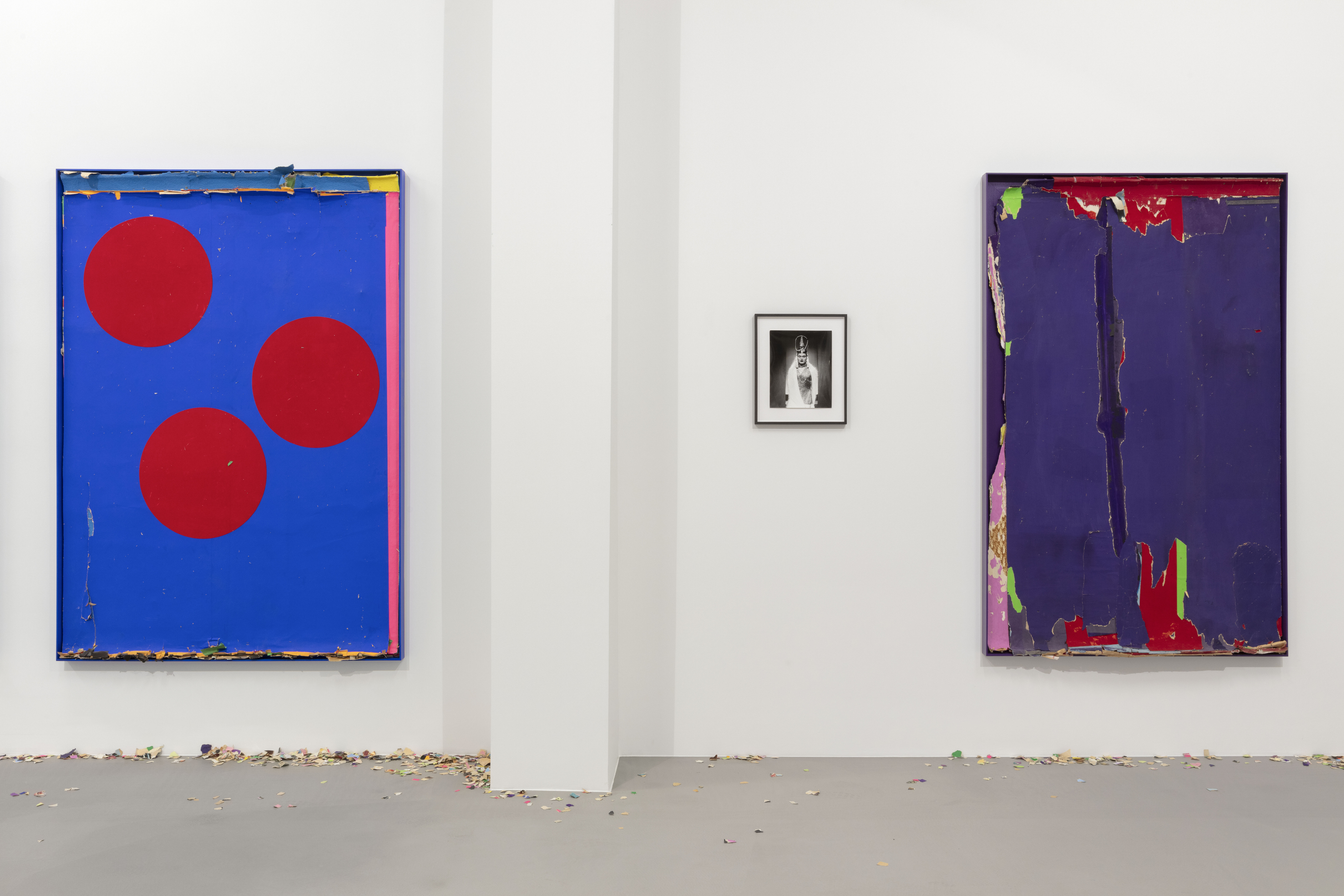 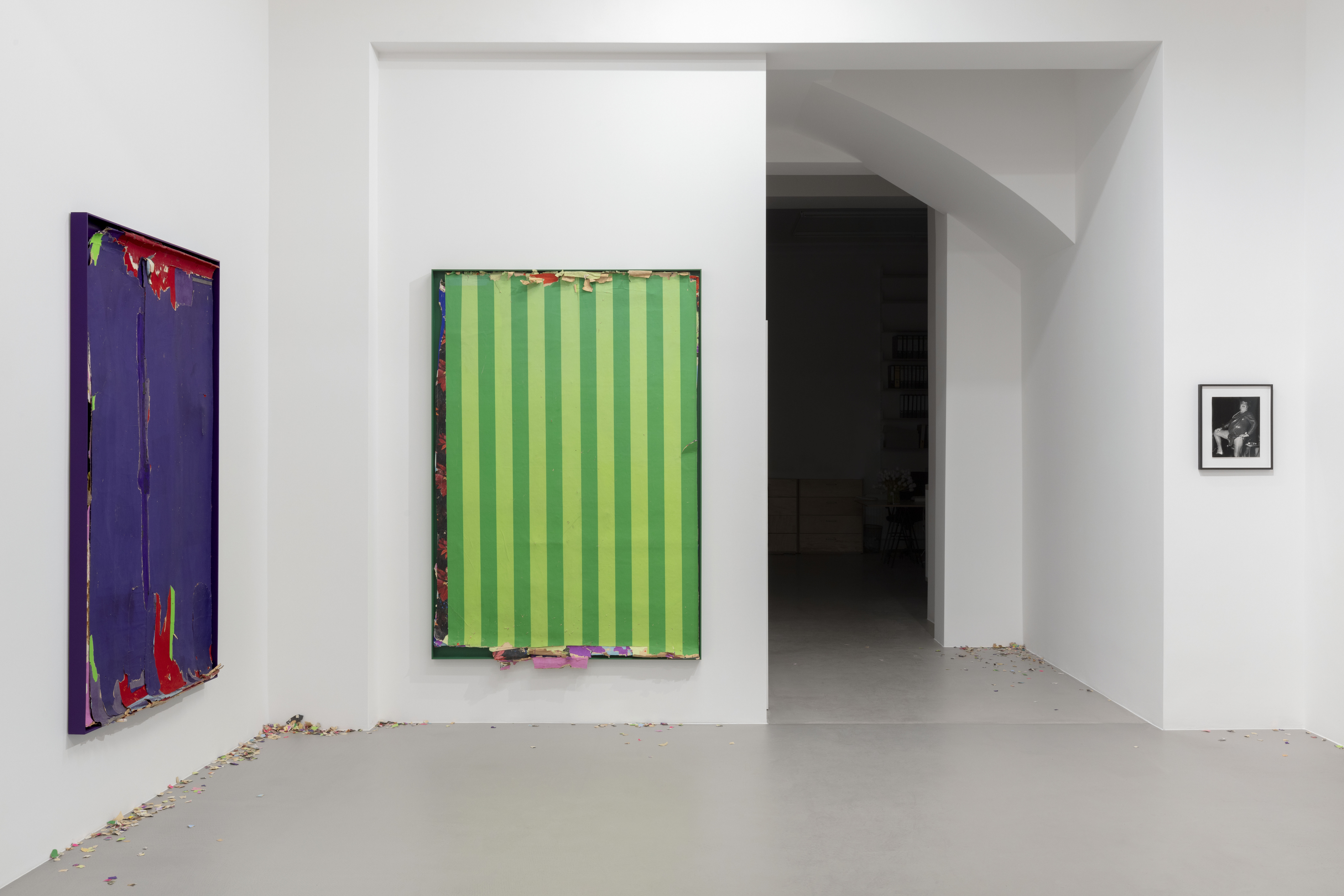 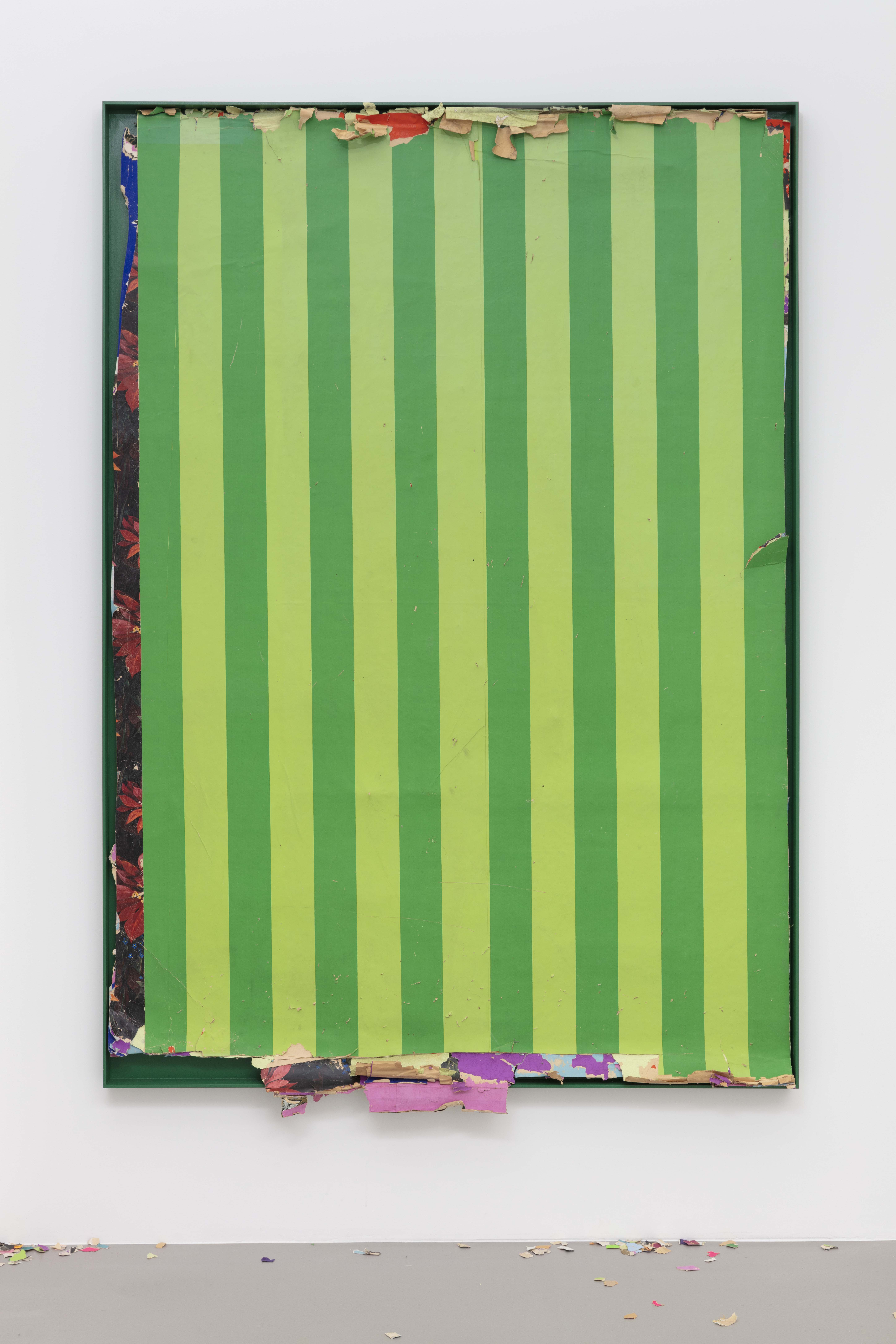