The Eye, the Hands, the Lunacy of Lunar Sightings is an exhibition about how the behavior of animals and humans changes in relation to the moon. Especially how the vision of the moon is conceived within Monia Ben Hamouda’s family and her cultural context. Indeed, the moon and its phases are an important element in the Muslim religion. Ramadan takes place during the ninth lunar month, and the end of the daily fast is marked by seeing the moon. Monia Ben Hamouda remembers it today as a ritual, a ritual of waiting for the moon.

Knowing that in places on earth where the moon cannot be seen, for astronomical or climatic reasons, clouds, Ben Hamouda is approaching the vision of space at Jevouspropose as if in search of a signal. She approaches the space by directing herself, taking a guided posture in front of the architecture. Ben Hamouda says: “I enter a space and look for the right direction. It’s a cultural thing. directions, the sky, the moon, it’s part of the atavistic way of inhabiting the spaces of my family. Also, in the show, the smell element is for me very related to the architecture, how it remains inside the walls, how the spices can hit you so violently.”

In the exhibition, the other level of reading refers to the elements that, according to Arab and Muslim tradition, give an esoteric vision of religion. The sculptures question how religion coexists with pagan or Berber traditions, and how the boundary between the religious sphere and magical practices is at times unclear.

The Hands relate to figurative parts that we find in Monia Ben Hamouda’s sculptures: There are in fact hands, composed of the calligraphy. Many of these are in the position in which usually the couscous is shelled, a practice that in Arab countries is done by hand. One of the ways through which the evil eye can be made, is to use the hand of a dead person to shell the couscous.

All the works in the exhibition are interconnected and rely on one another. The sculptures can be threatening, be a vehicle of evil eye, but they can also protect us. Inside them, they have the possibility to hurt and to heal. The series also talks about co-dependence, about family, and how within the family there can be different figures, different possibilities and different relationships. Of how each element of the family can enact violence or cure. These sculptures are therefore a family. They resemble each other, they balance each other, they love each other and they hurt each other.

The Eye, the Hands, the Lunacy of Lunar Sightings, Installation view at Jevouspropose, Zürich, 2022; Courtesy of the Artist and ChertLüdde, Berlin 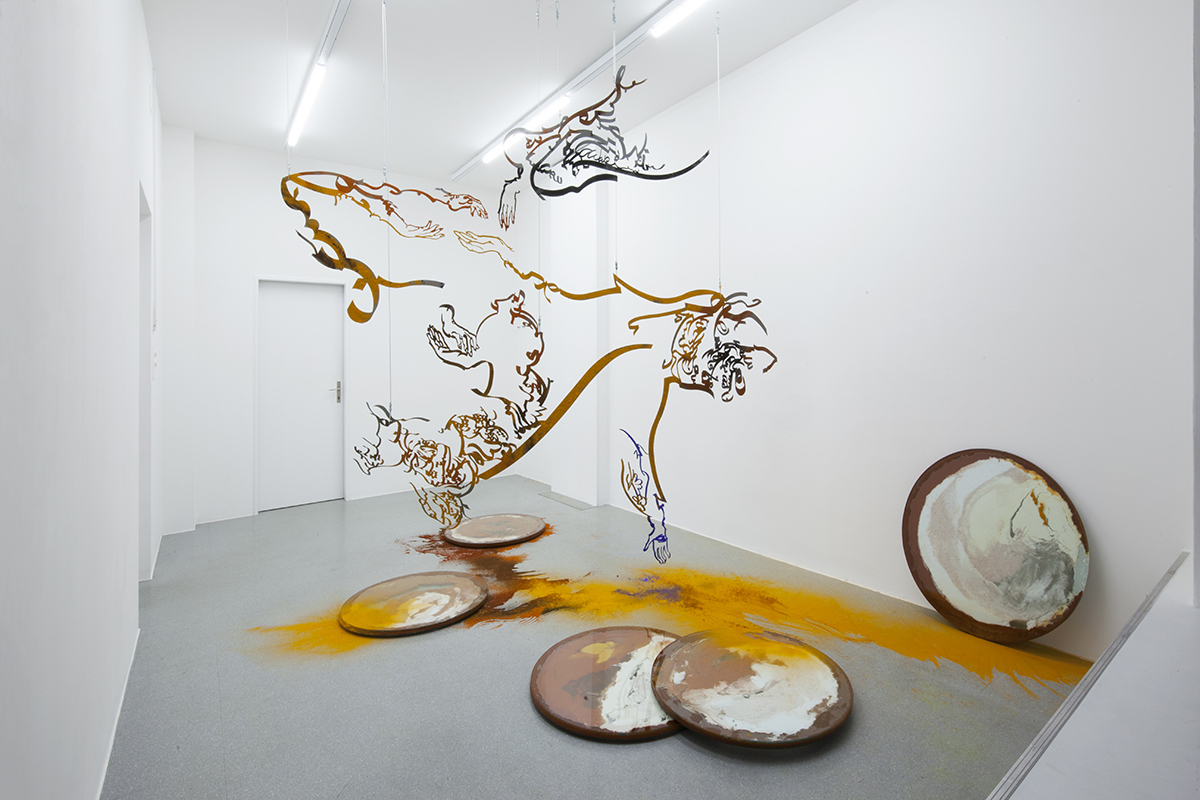 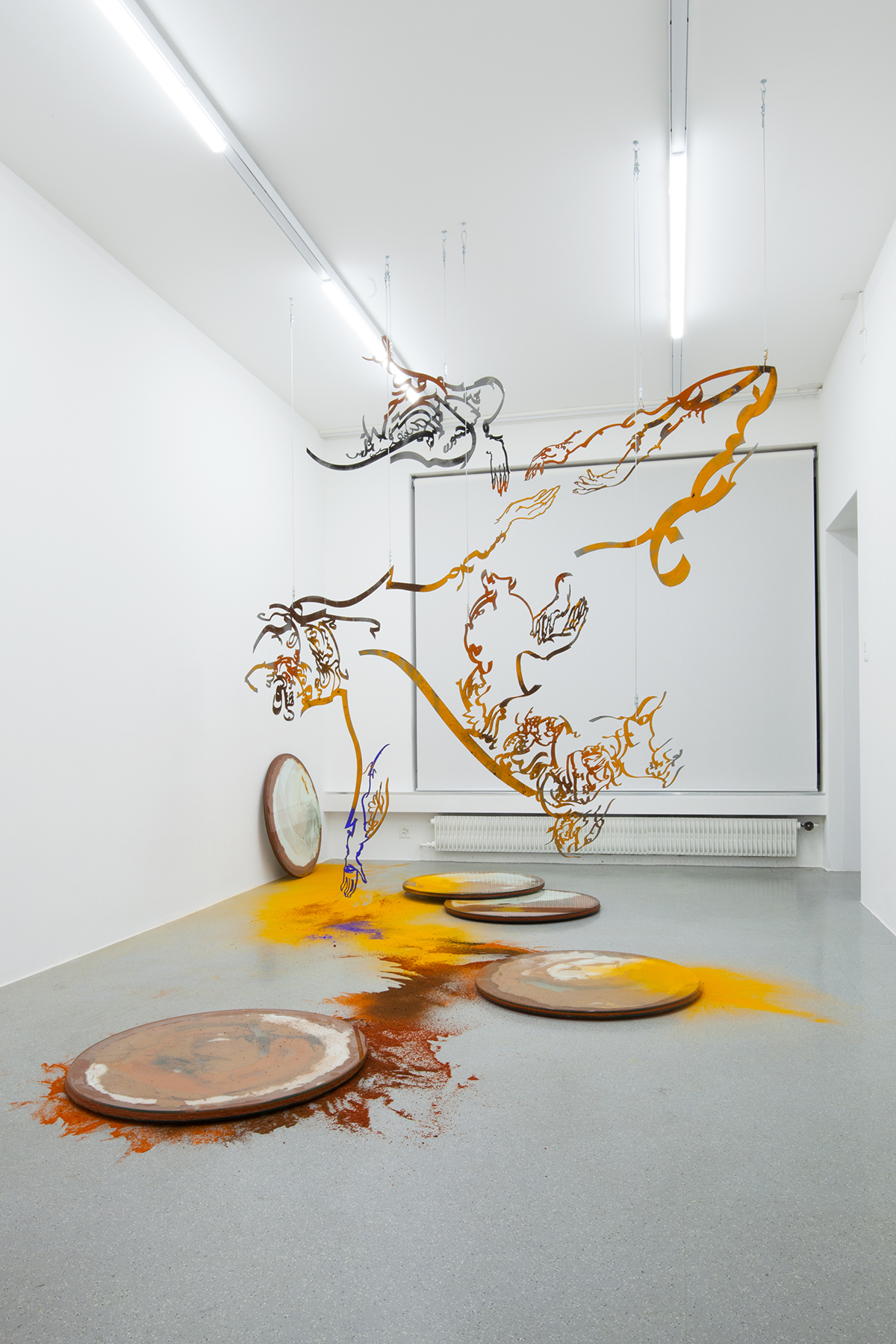 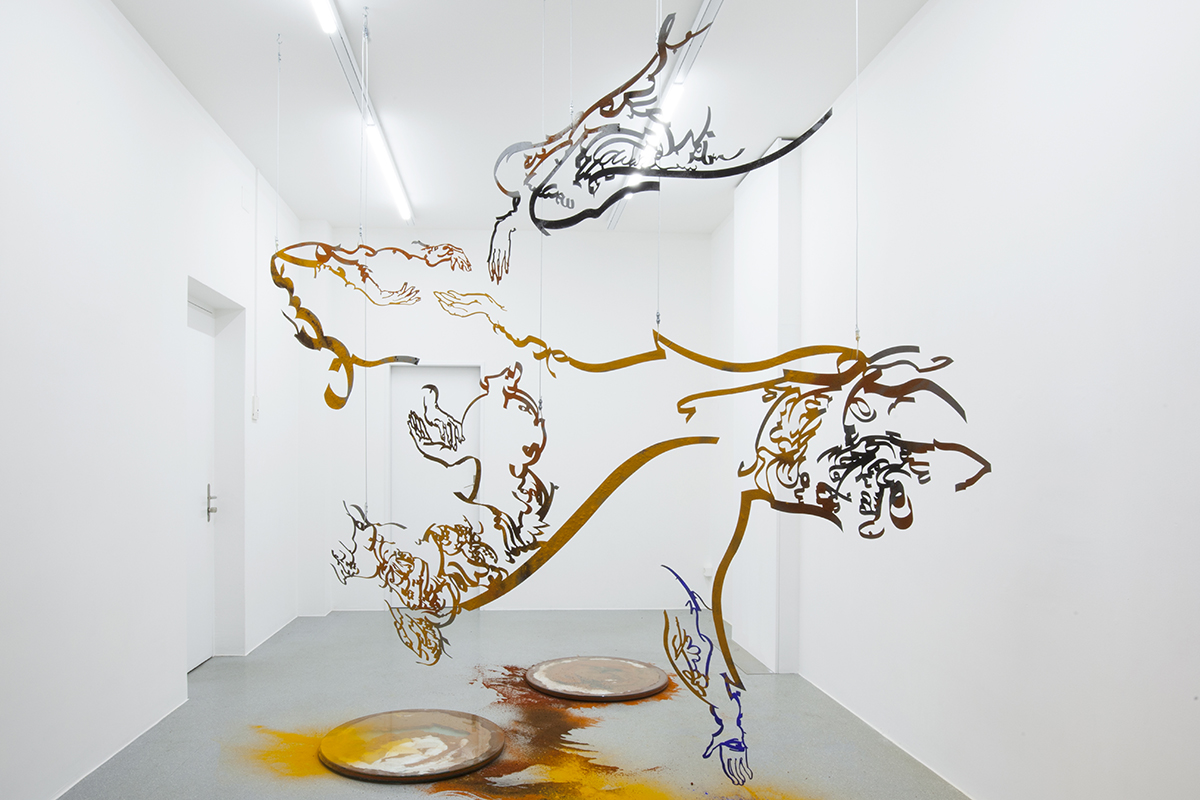 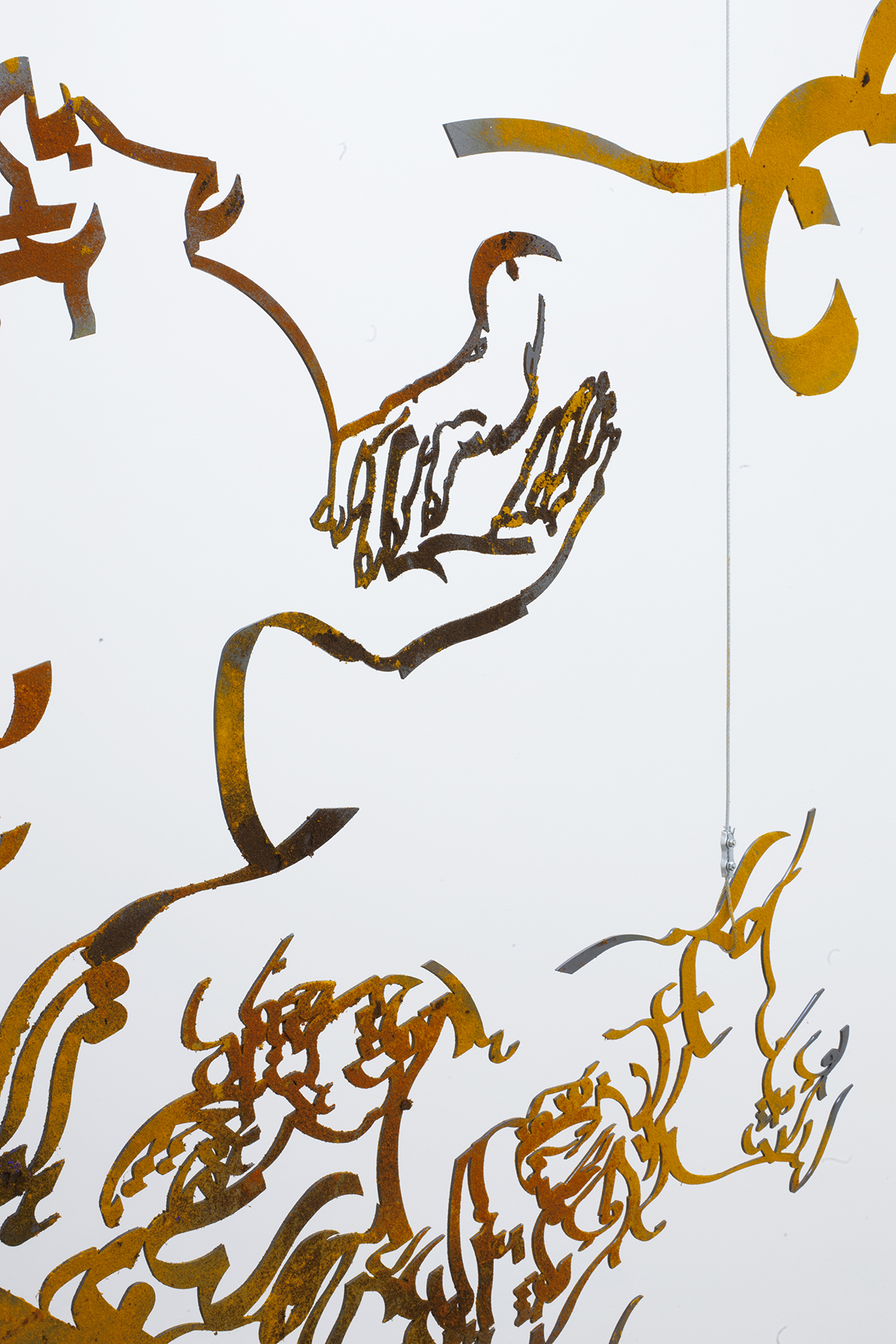 Detail of Monia, Aniconism as Figurative Urgency (two Hands, one Dead), 2022; The Eye, the Hands, the Lunacy of Lunar Sightings, Installation view at Jevouspropose, Zürich, 2022; Courtesy of the Artist and ChertLüdde, Berlin 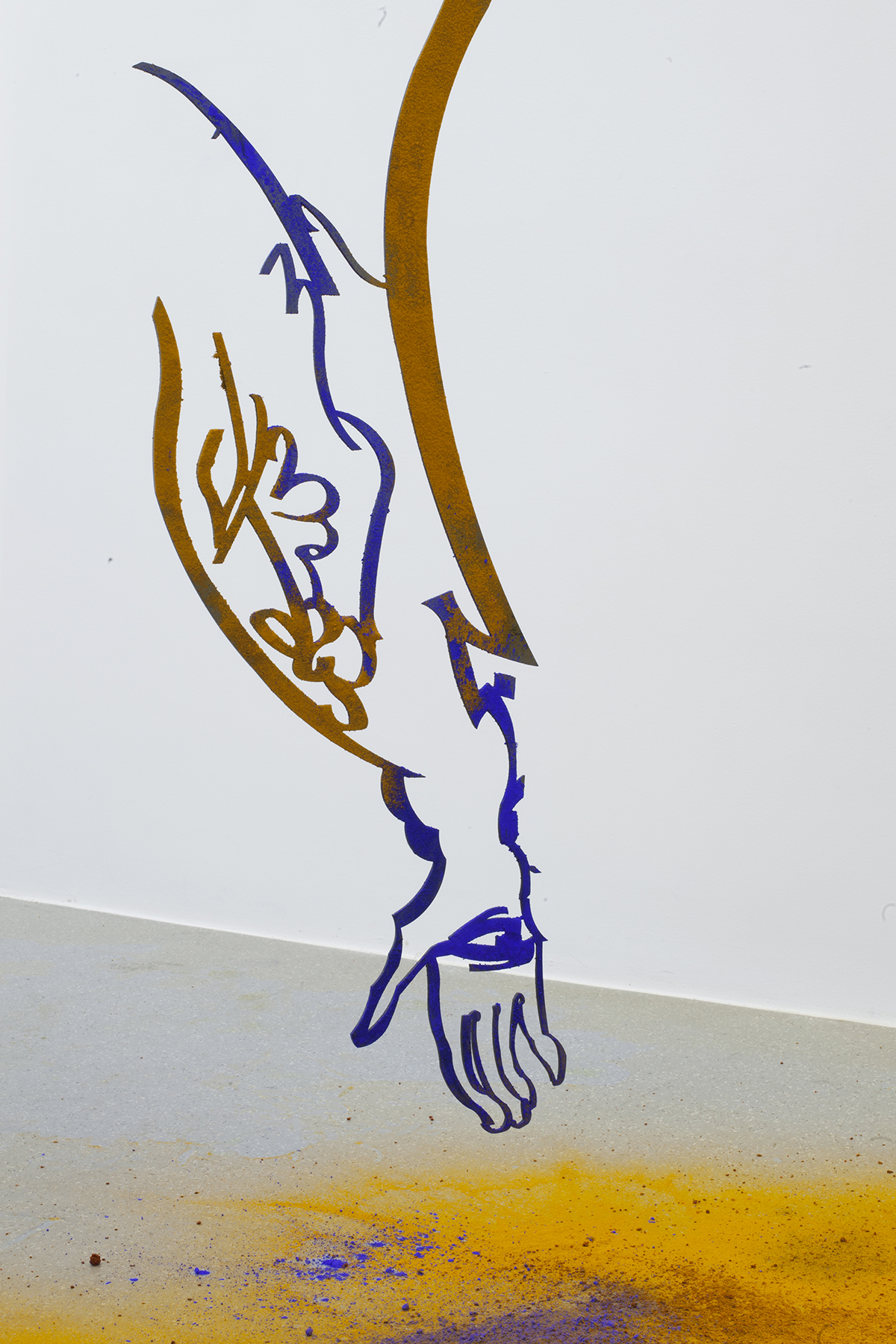 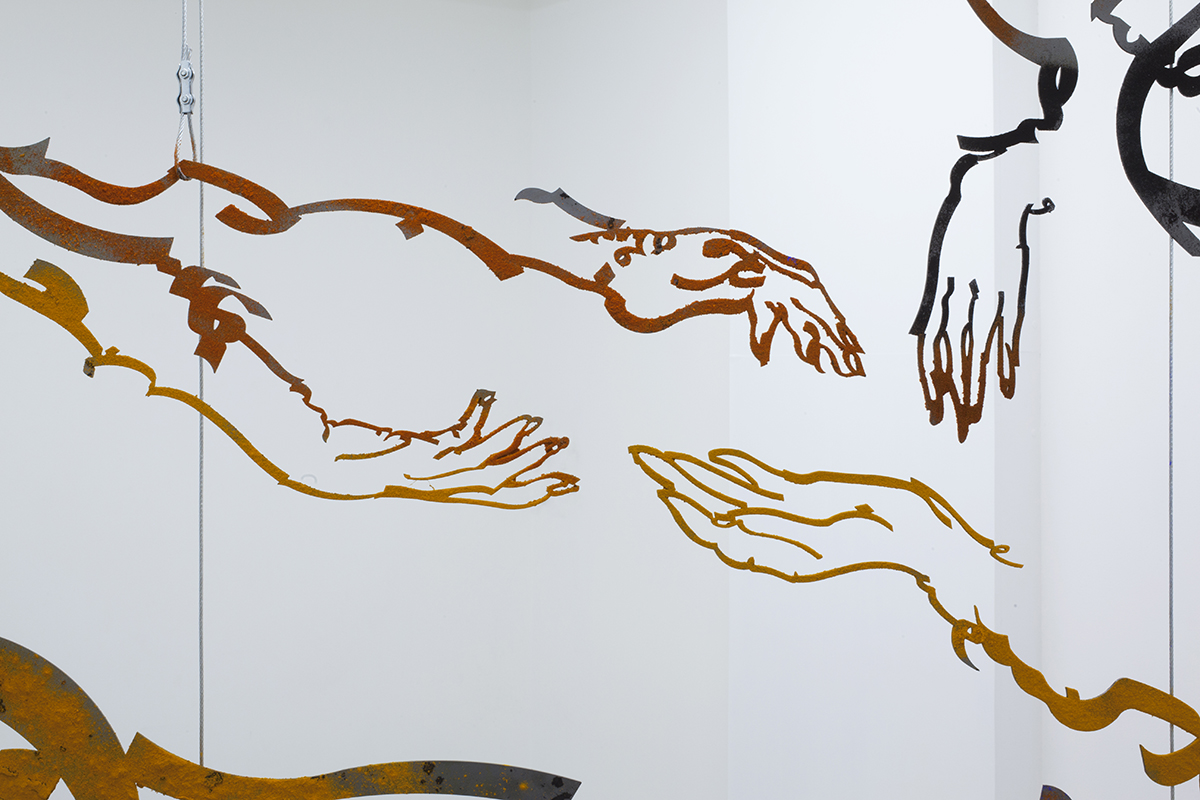 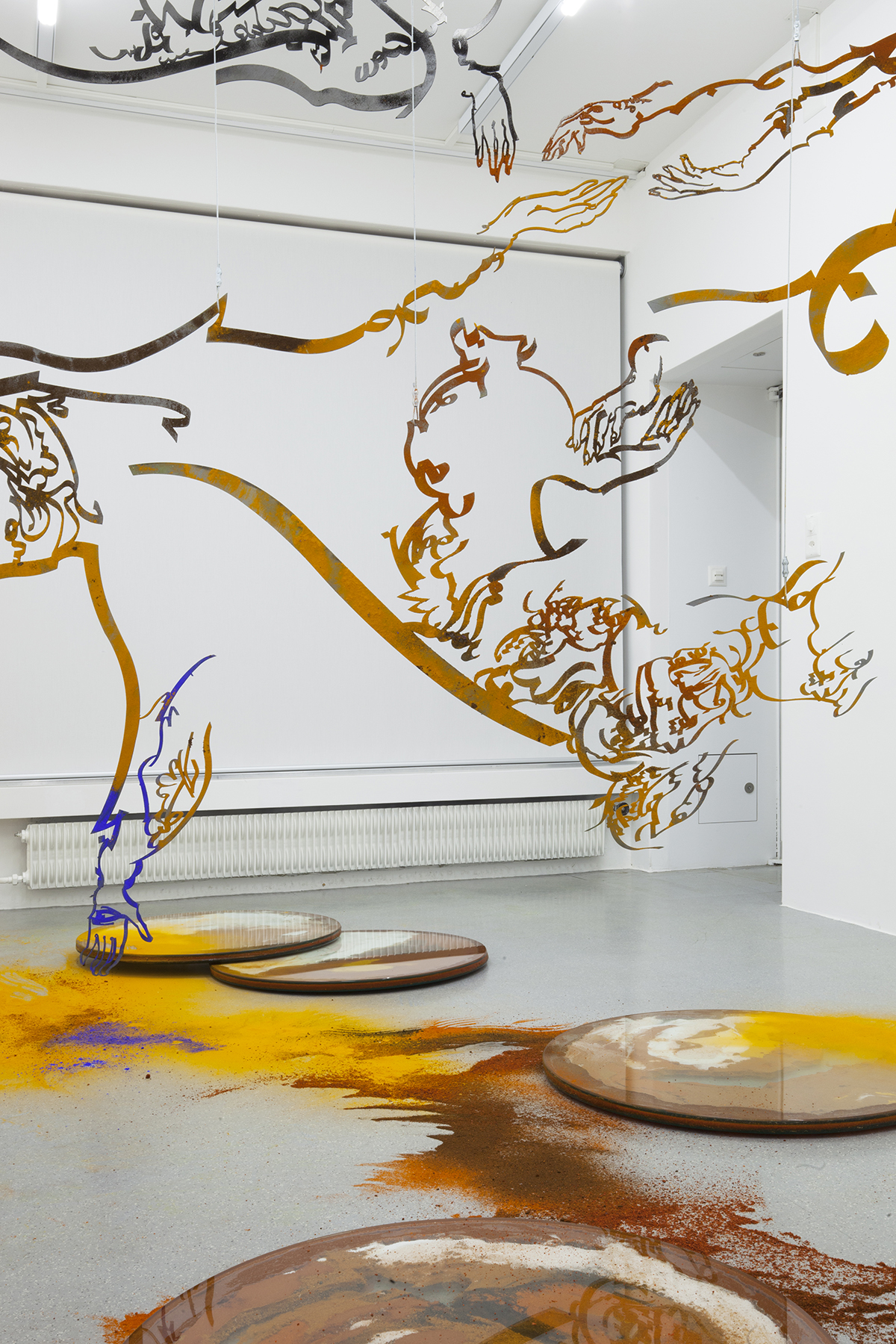 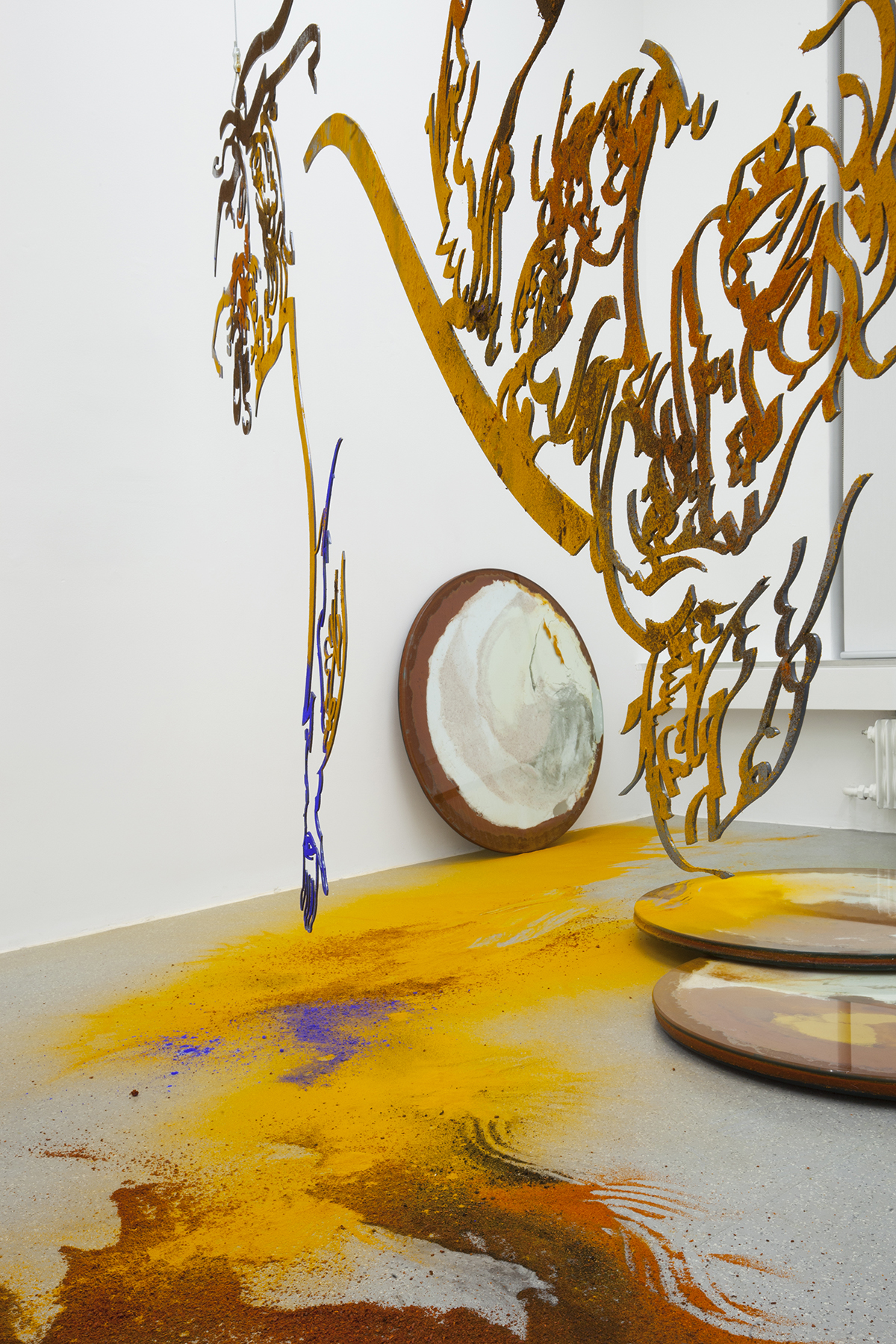 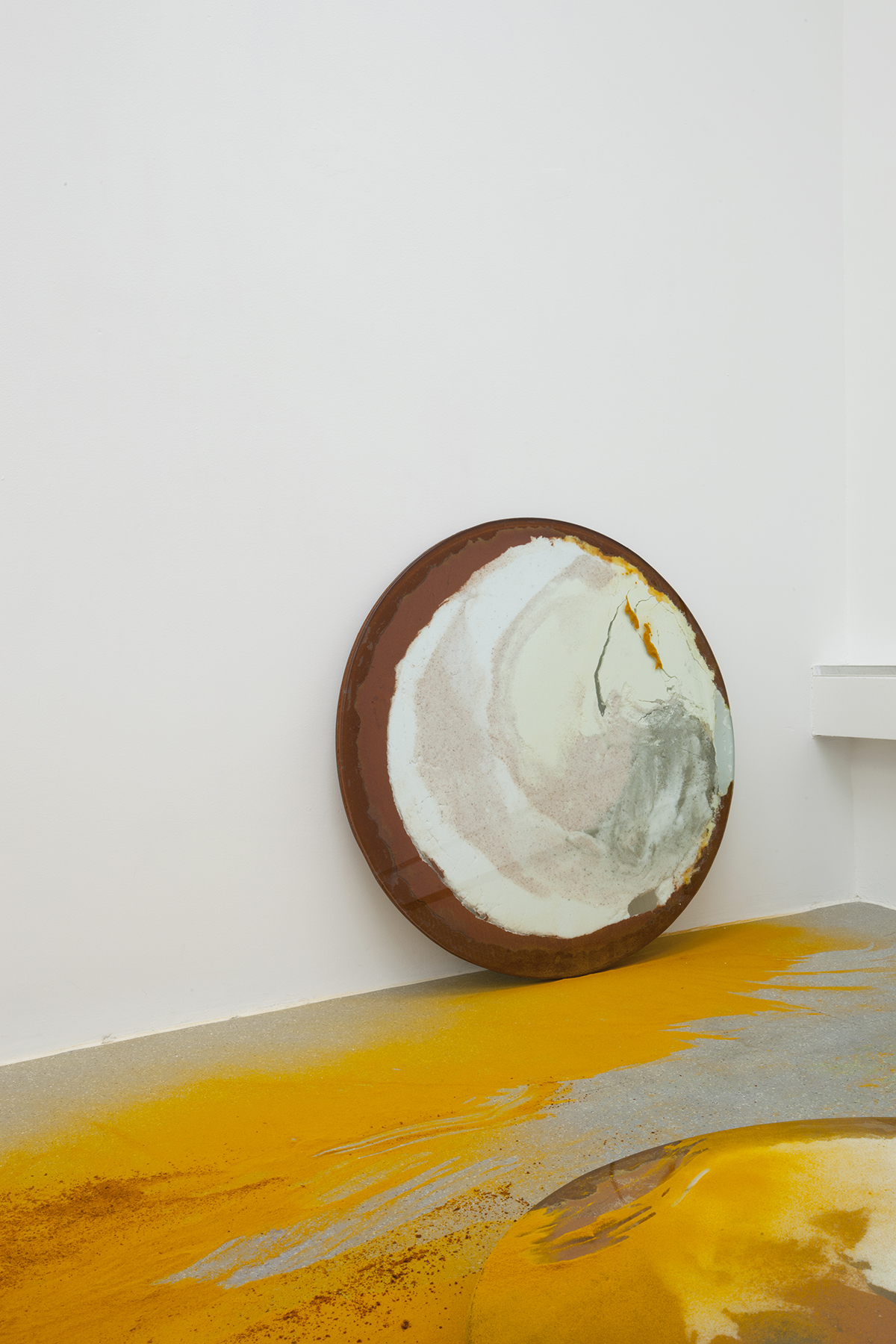 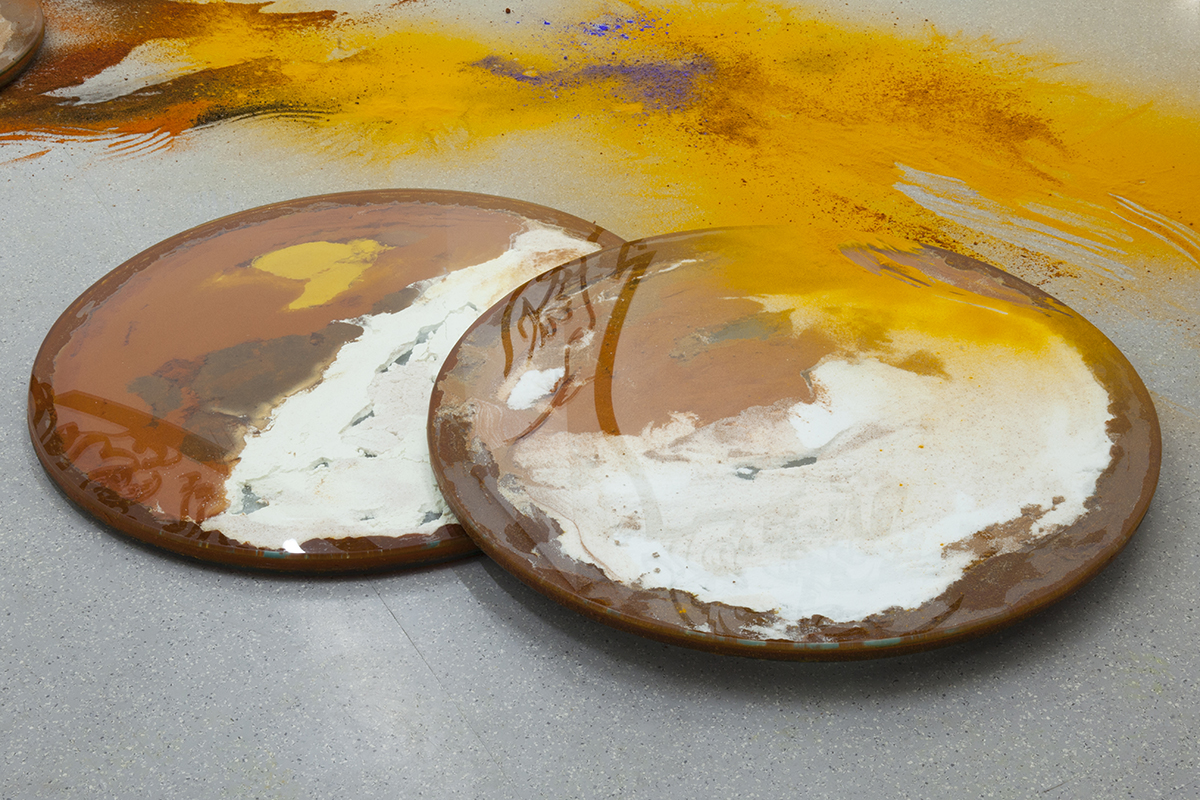