For her new project She is looking for a positive and powerful place, Heike Kabisch developed an outdoor installation in the courtyard of ChertLüdde, a contemplation on public sculptures and the garden space as an arena for contradiction and experimentation. The five presented sculptures, titled Palm Tree I to V, appear as hybrids of human bodies and plants, referencing forced human infiltration into the natural environment. The leaves attached to the works come from the Tree of Heaven, an odorous plant that was originally brought from China to Germany in the 17th century as an ornamental plant. Due to climate change, the tree has spread prolifically in Berlin, as a result competing with and driving out native species. As increasing human pollution alters the natural-urban landscape, so the residue of the colonial history of botany continues to reveal itself.

The grotesque, human forms visible in the sculptures recall the recognizable language of Kabisch, who has long been interested in bodily representation within sculpture. Mostly using classic materials such as clay and plaster, she has in the past years explored as well as critiqued this oft-institutionalized practice. Made of unburned clay and real leaves, these works require watering and care for their preservation, yet simultaneously undergo temporary phases of survival intrinsic to their nature. Kabisch engages in the fragility and unpredictability of a public sculpture intervention, as opposed to the presentation of an artwork inside the protected walls of a museum or gallery. Previously broached as themes in her recent exhibition at the gallery, Frothing, you and I., loss and displacement are for Kabisch inevitable qualities of art-making, a process that begins in the studio and which alludes to inexplicable emotions and states of being.

Contradicting the historical metaphor of the garden as an equalizing heterotopia, the installation is neither utopian nor edenic, but rather harsh and unstable, vulnerable to destruction and unforeseen variables. In the History of Sexuality (1976), Foucault writes: “we must conceive discourse as a series of discontinuous segments whose tactical function is neither uniform nor stable. To be more precise, we must not imagine a world of discourse divided between accepted discourse and excluded discourse, or between the dominant discourse and the dominated one; but as a multiplicity of discursive elements that can come into play in various strategies”. Perhaps then, an alternative version of the fabled garden is one of dystopic nature, where multiplicities of thought may come together to build and unravel each other.

A poetry reading by Klara Kayser will accompany the installation.

Klara Kayser works both sculpturally and lyrically with quotes from a pop-socialized generation. Her written texts are transposed into objects and sculptures or exist as poems, text fragments and audio whispers. She reflects on gender roles and excessive body cults but also on yearning for love, spirituality and transcendence, which she paradoxically transforms into meaningless symbols, clichés, entertaining trends, kitsch and consumption. Her work provides a stage for feelings, thoughts and human stories while at the same time counteracting the codes of fairy tale illusion and trivialization through disturbing moments.

All photos by Katharina Kiebacher 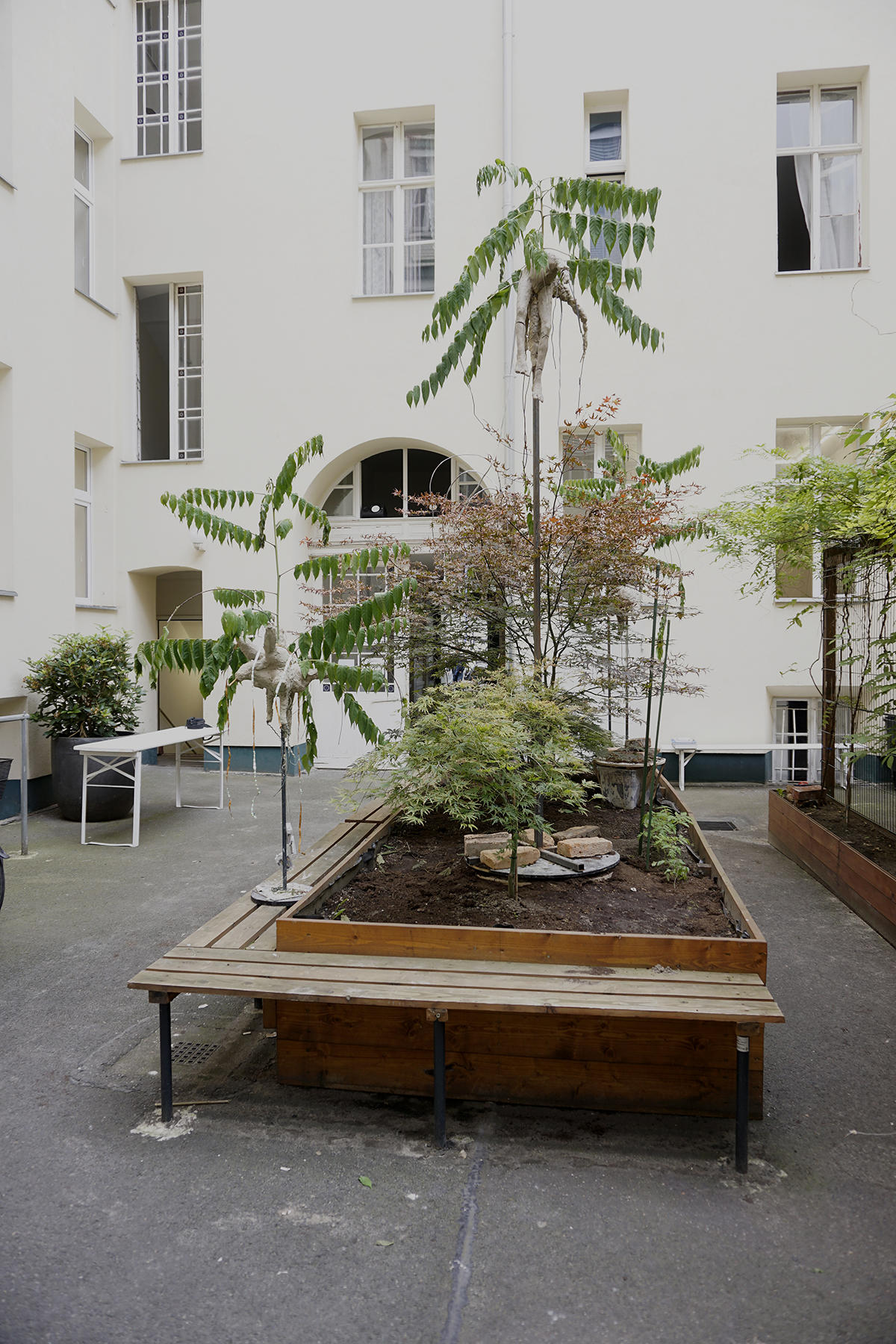 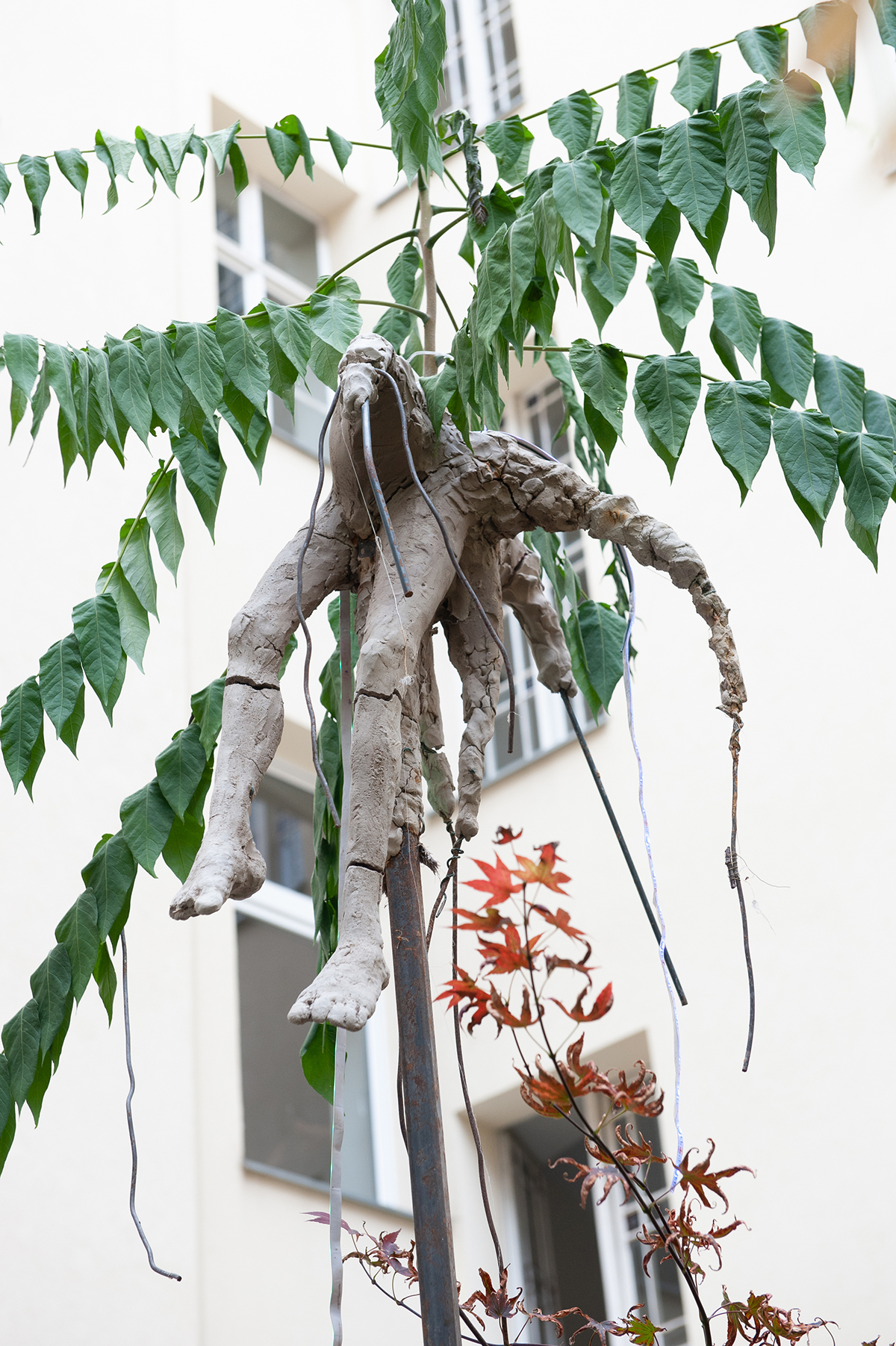 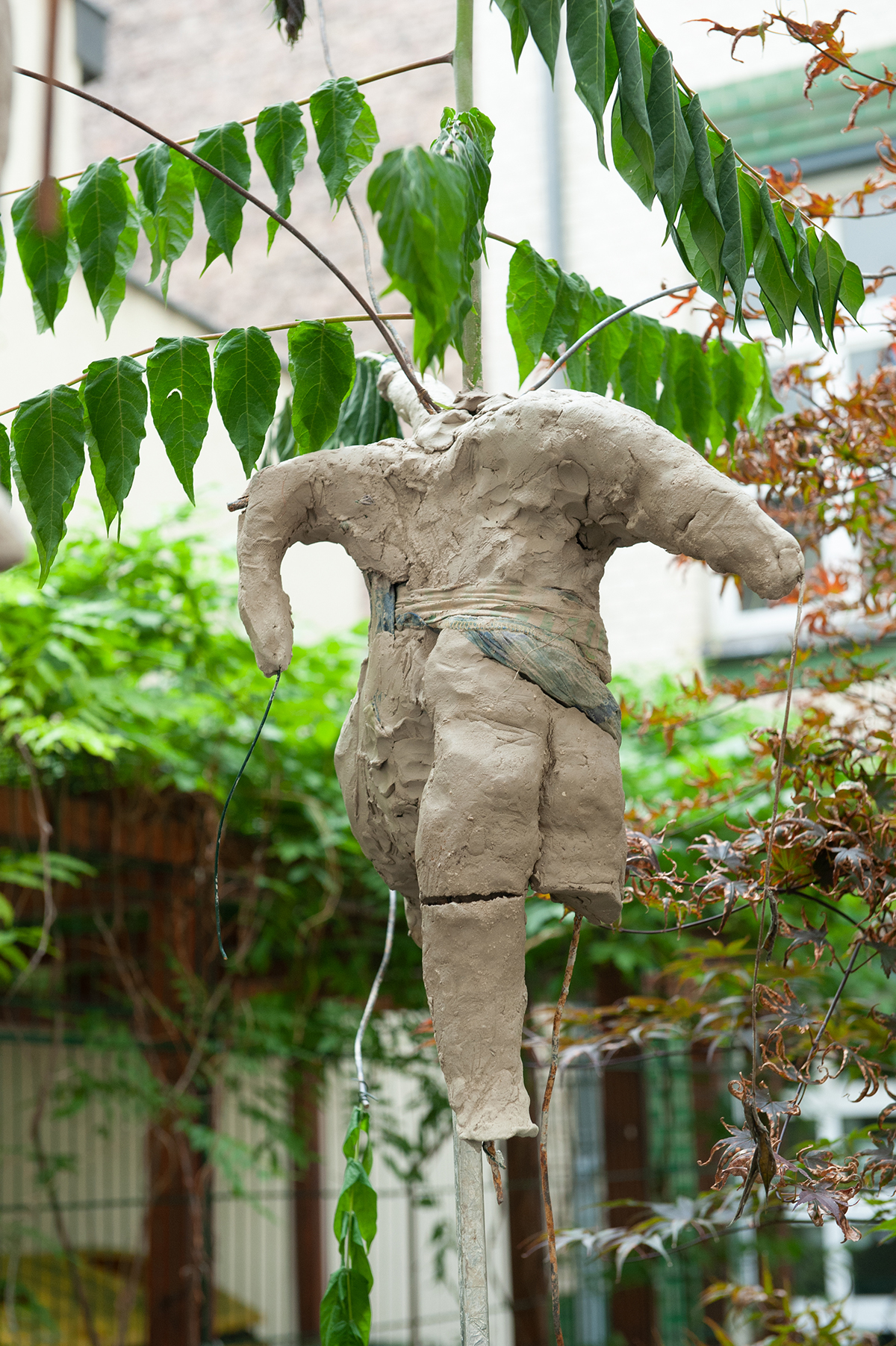