The narrative installation Melancholy of the Apostles, presented October-November 2020 at 1646 in The Hague, mobilizes sculpture, painting and video to recount and simultaneously prefigure The Salty Testament.

The Salty Testament is a theatrical dance piece that reimagines the narrative of the New Testament under water. This drastic relocation serves to induce a programmatic reenvisioning of the biblical content down to its details. As with the rose of Jericho, the „irrigation“ of the narrative prompts it to unfurl into a liberated, more florid version of itself.

With his charisma and some conjuring tricks, a mysterious triton, the Christ of the Sea, targets a group of pearl divers. He causes them to leave their diving grounds and follow him further and further into unknown depths. The further they follow him, the lower they run on oxygen as they observe the wonders and revelations presented by their fishy master. It becomes increasingly difficult to tell whether they experience is real. Building on the discourse Scherer first addressed with her operetta The Teacher (2019), this piece aims to analyze the psychology of discipleship more specifically within a spiritual dimension.

A central choreography of The Salty Testament and climactic moment of its music – written and performed by Ornella Balhi and Tobias Textor – describes the exorcism of a “madwoman”. This elaborate duet was captured on video and is presented in the back space of the gallery. A questionable act of cure, the exorcism conveys in an exemplary way the ambivalence which characterizes the whole play. This video is complemented by an installation in the front space, made of original props and costume details, which embodies the final scene of the performance. Resembling a crime scene, it serves as a starting point from which the preceding chain of events can be unraveled.

Due to the outbreak of the Covid-19 pandemic, the complex staging of the full length performance – which involves numerous performers – has been postponed. Thus, the exhibition evokes The Salty Testament from the viewpoint of the left-behind disciples, looking back on it as something that has happened in the past and simultaneously awaiting it as something yet to truly happen in the future, exploring an apostolic mindset in which hindsight and expectation, relics and omens, become indistinguishable. 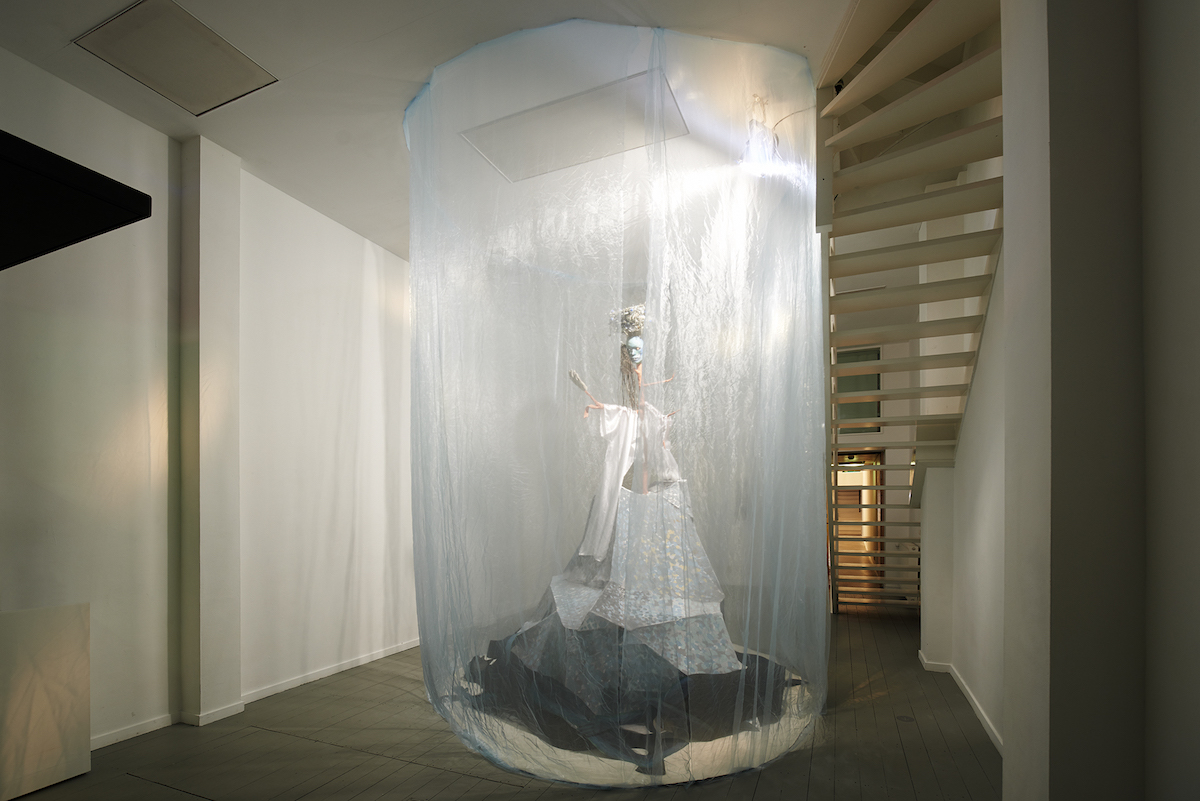 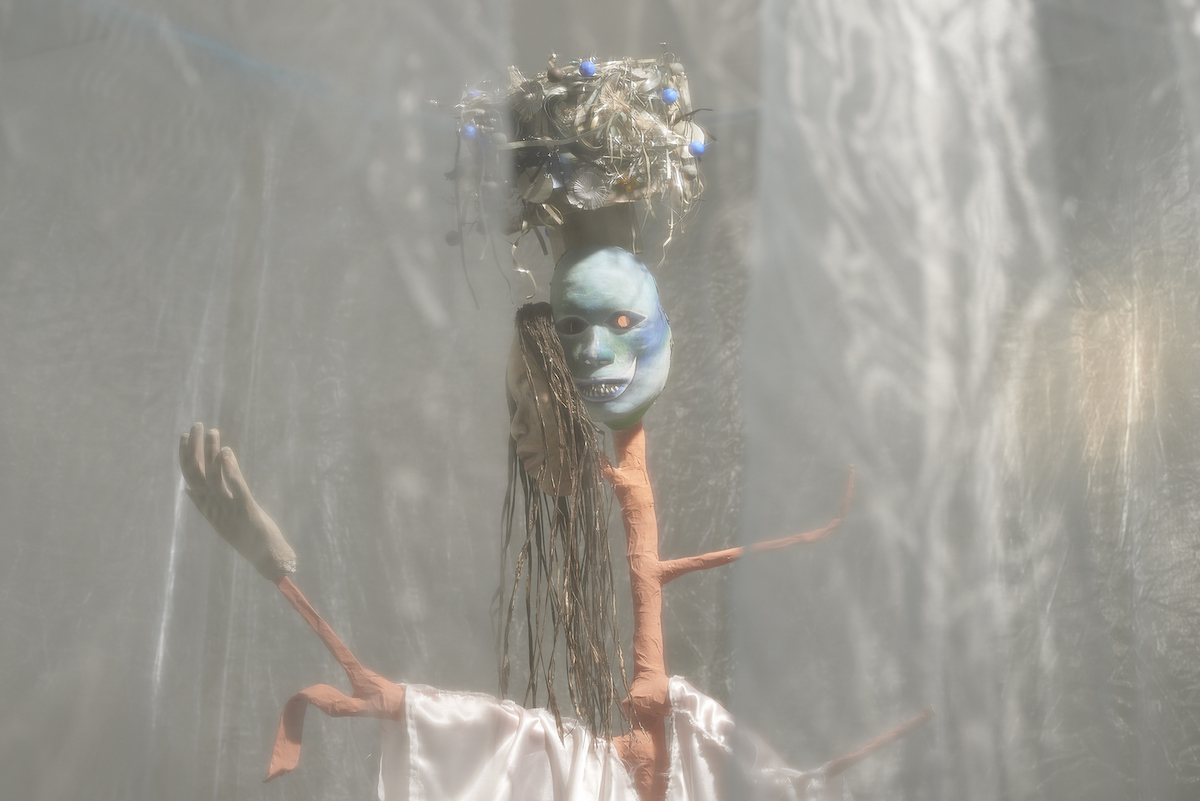 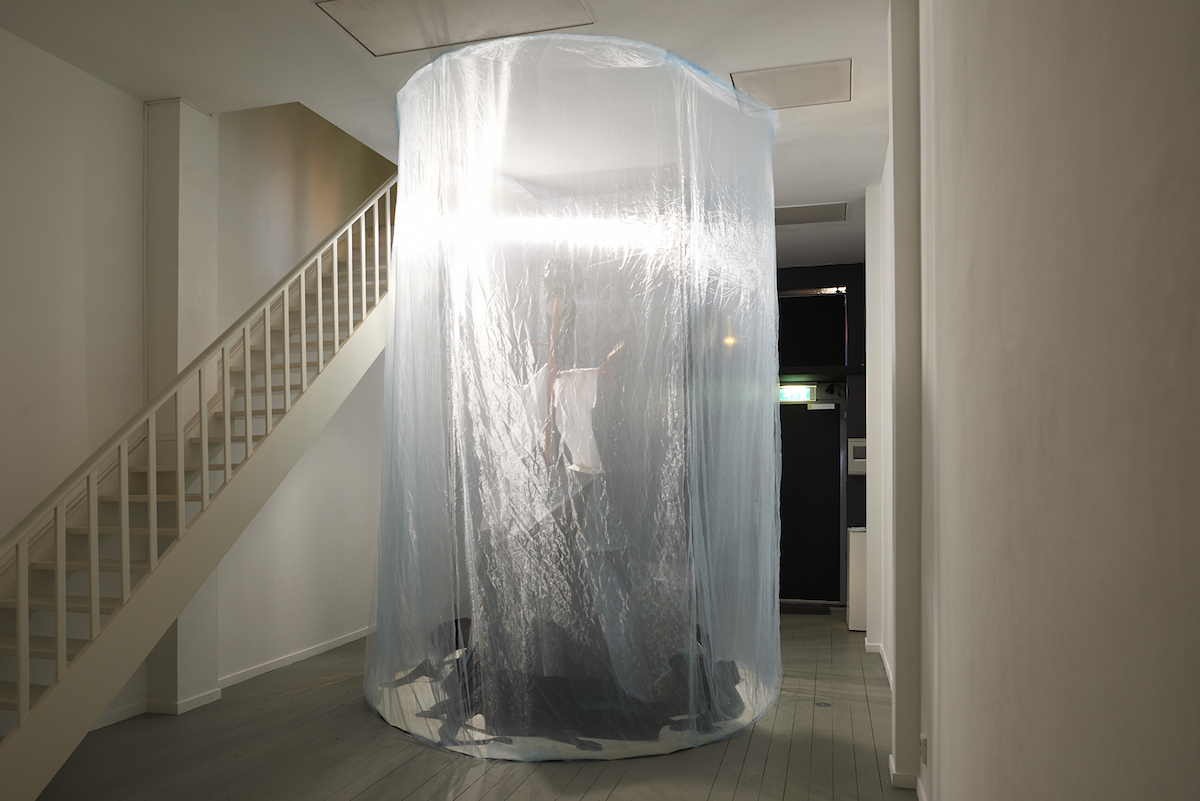 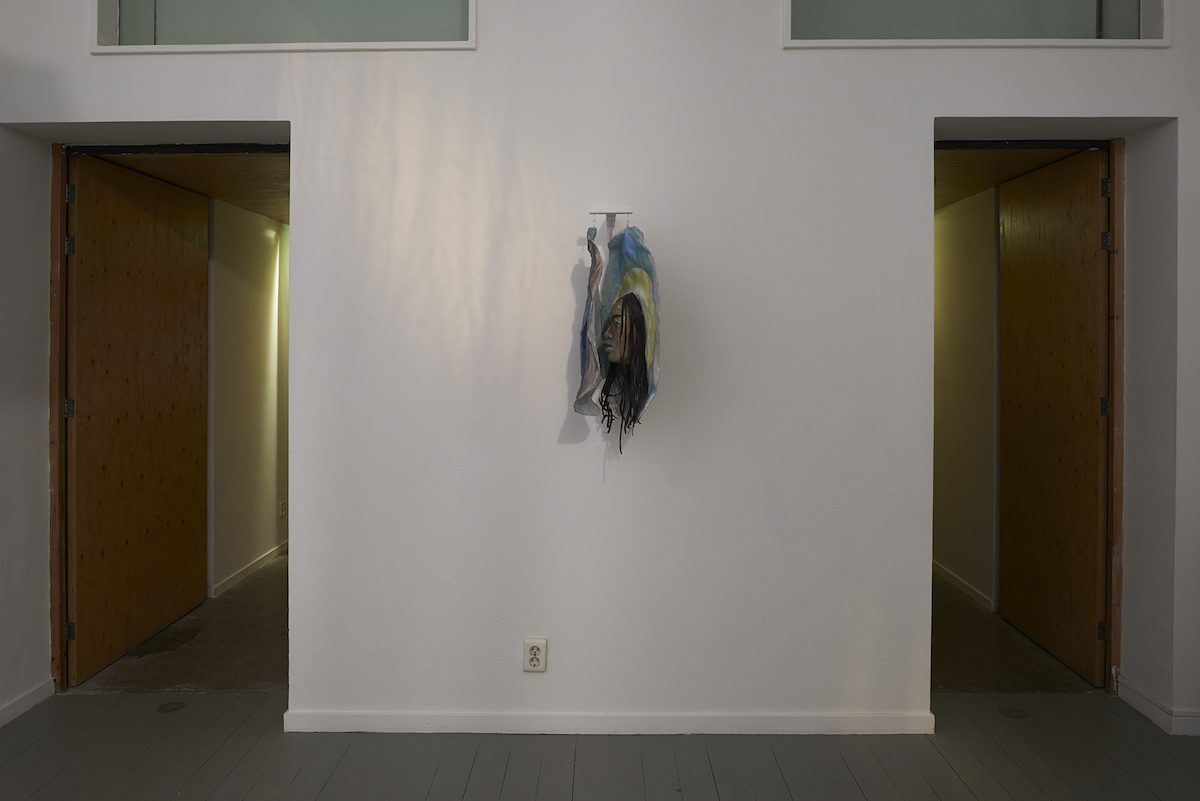 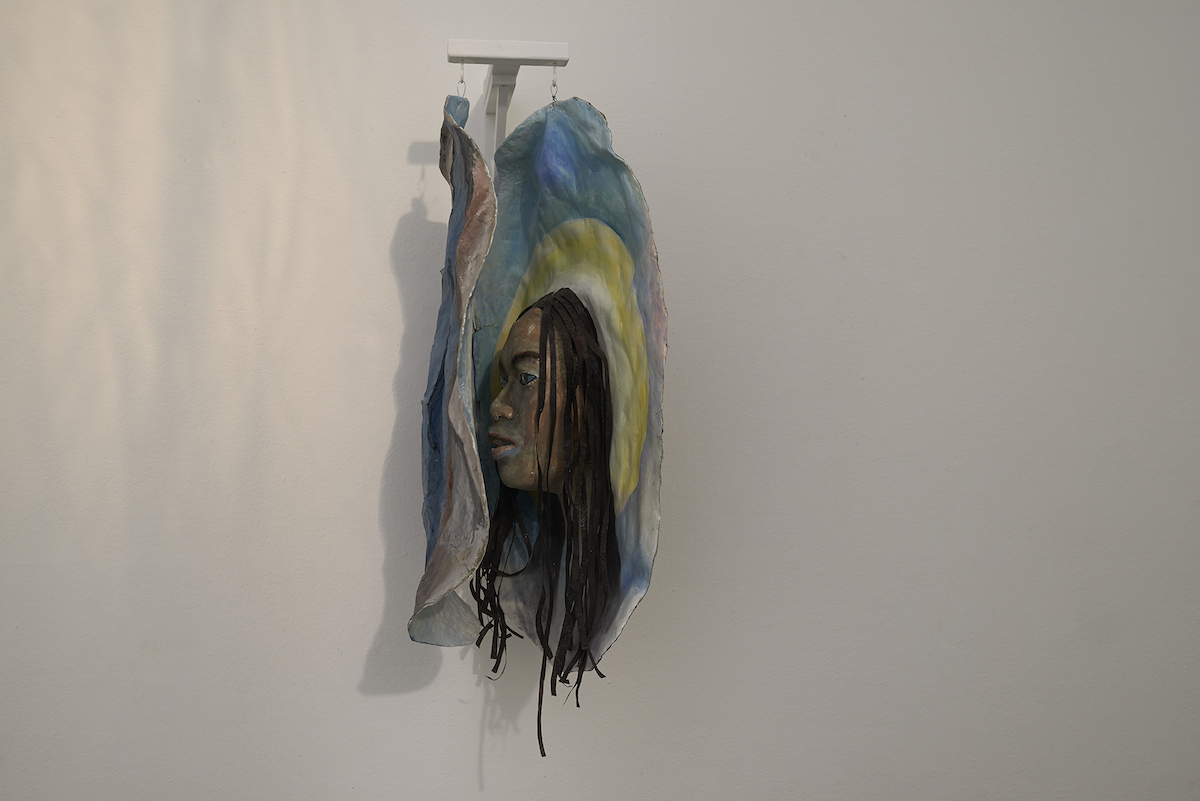 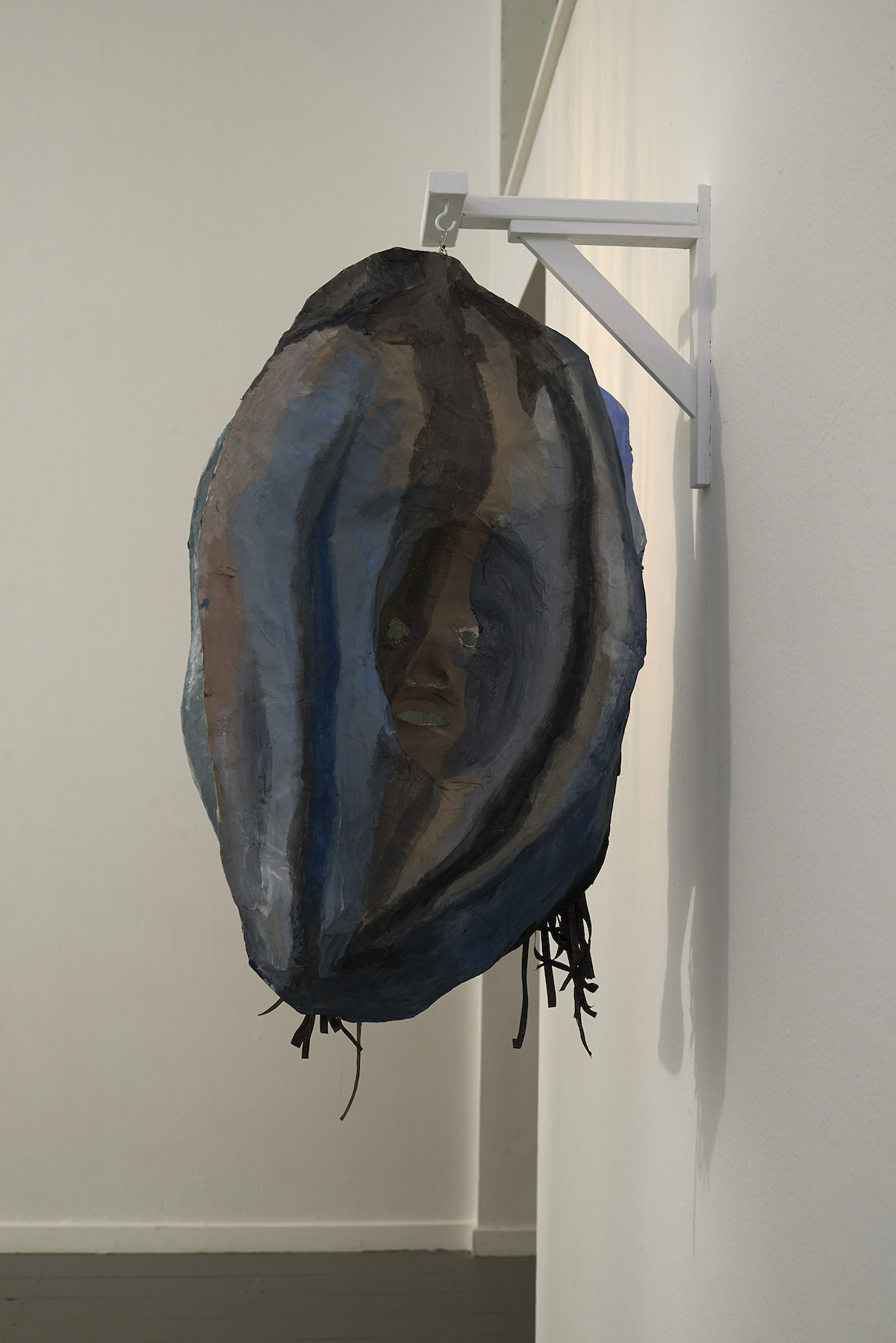 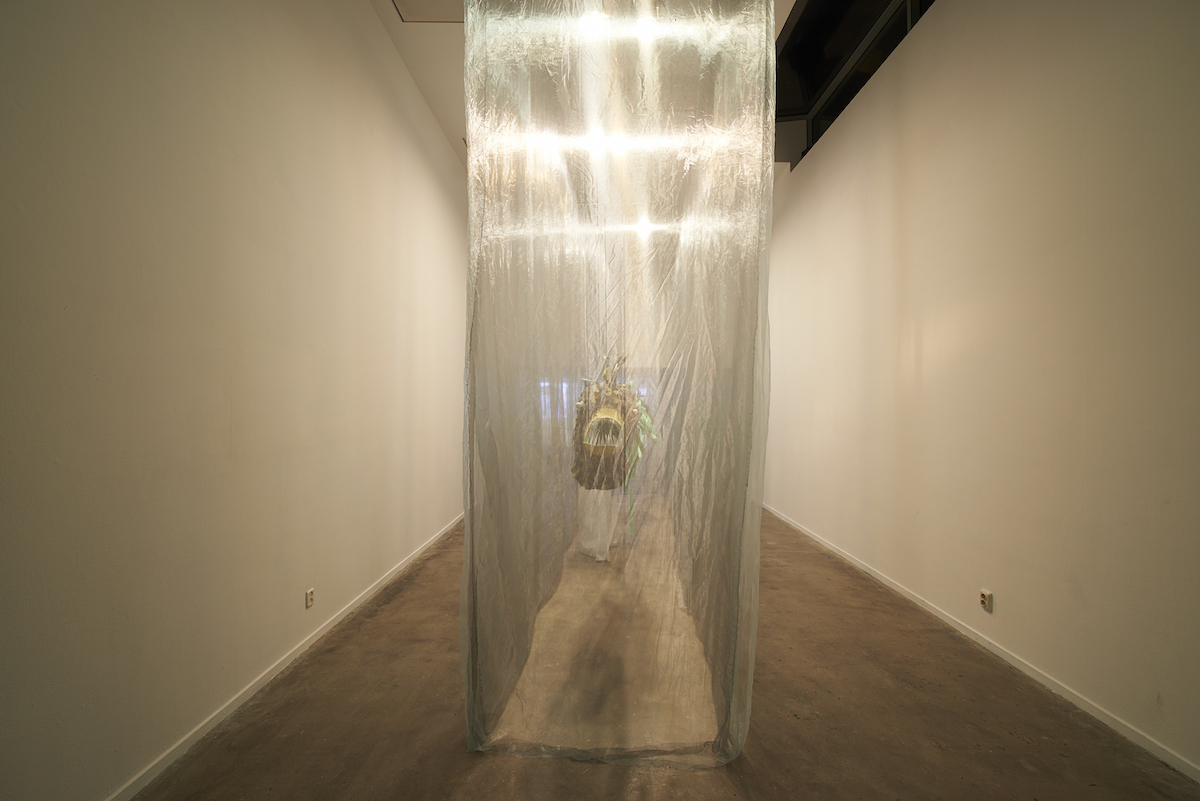 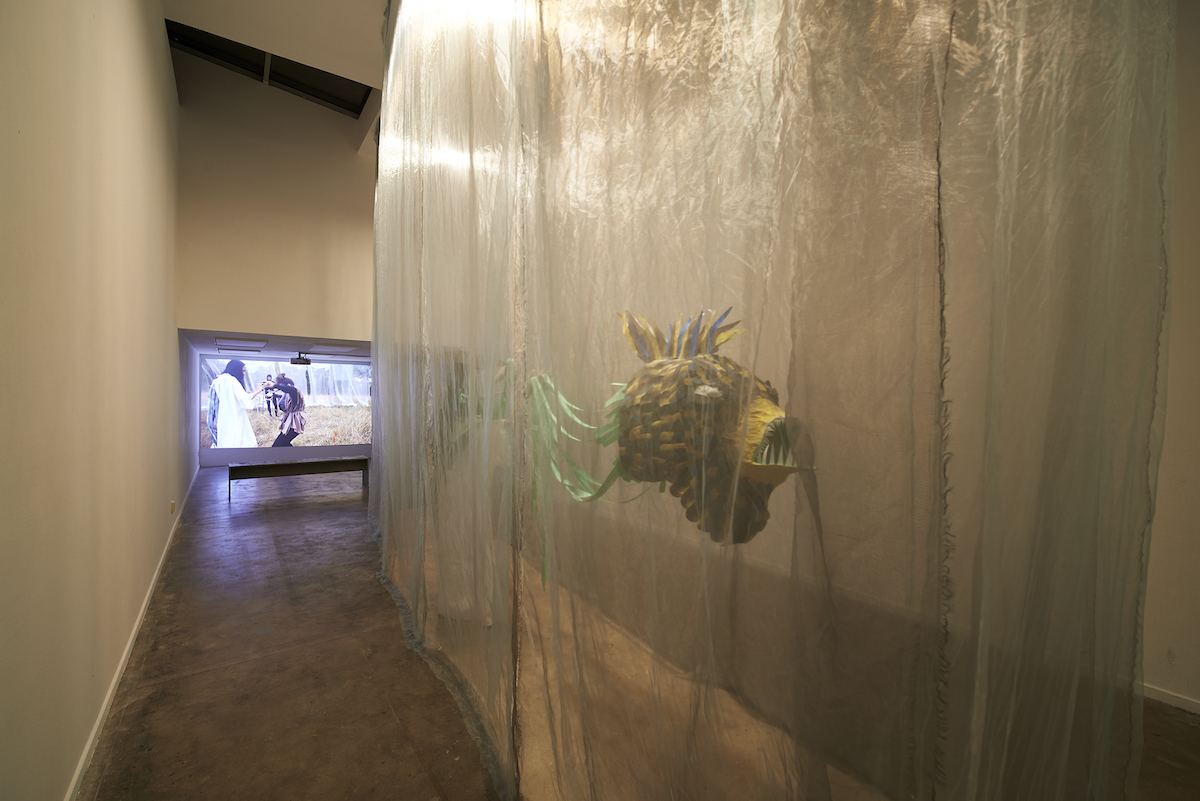 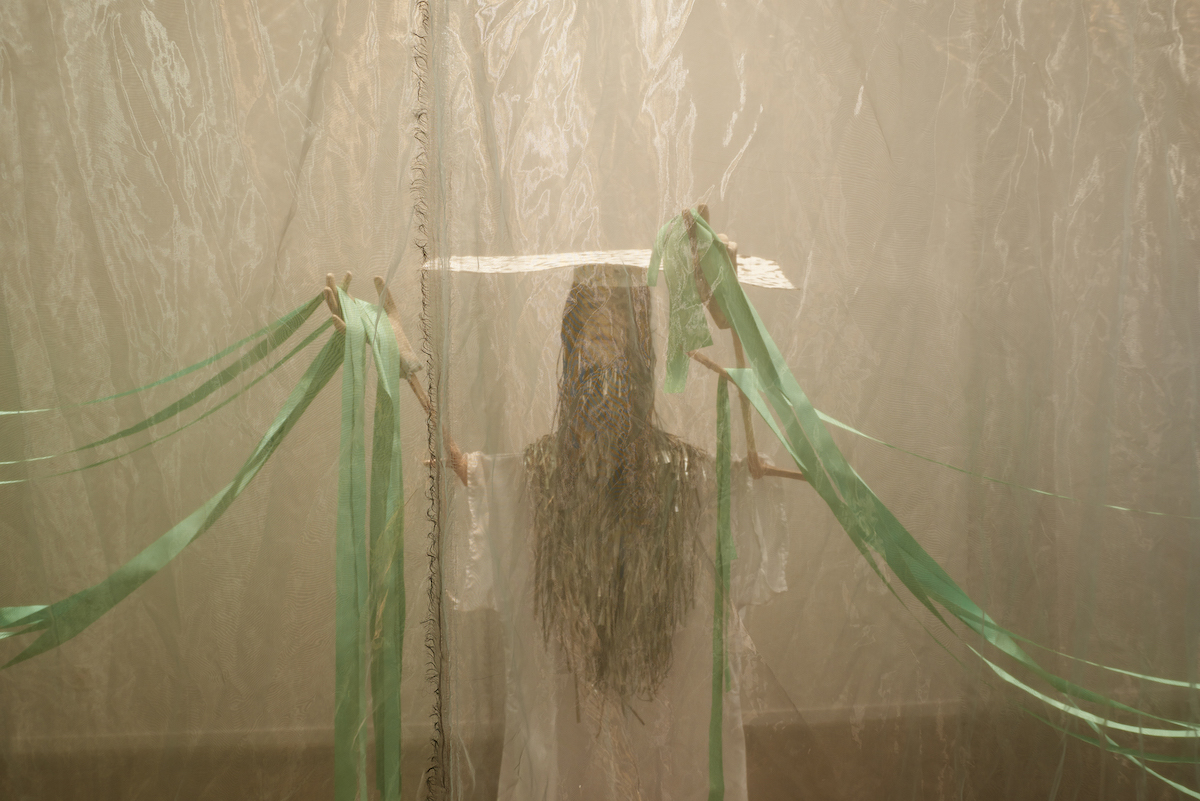 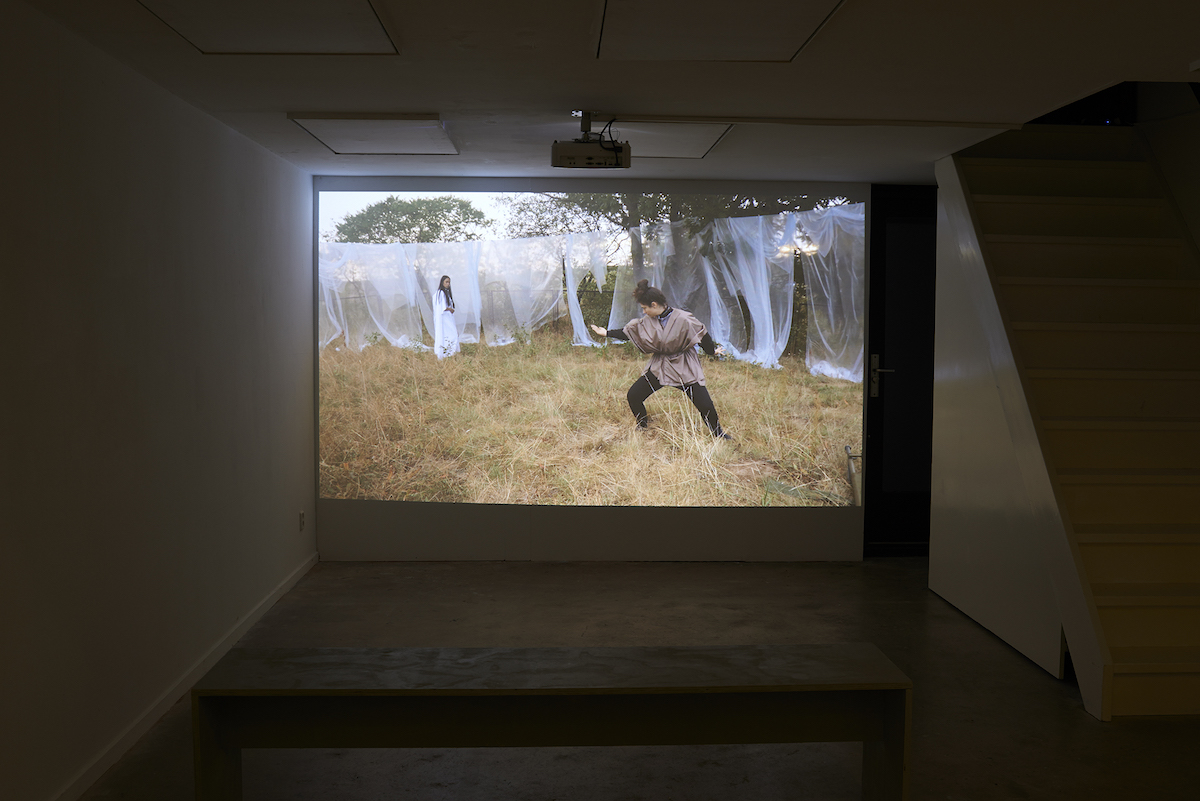