The work of Petrit Halilaj (Kostërrc, Skenderaj, Republic of Kosovo, 1986) is tightly bound up with his biography, the recent history of his country, and the consequences of the political and cultural tensions in the region. Childhood memories steeped in the drama of war and refugee life recur throughout his art, which embraces themes like the home, the nation, and cultural identity through a variety of media ranging from drawing and sculpture to video, installation, and even writing. However, he does not proclaim a rupture between the personal and intimate and the historical and social, but instead perceives a relationship and continuity to be found in his intervention for the Palacio de Cristal.

Halilaj has turned the Crystal Palace into a giant bowerbird nest that connects the interior with the exterior, linking visitors to their surroundings, intervening the architecture by opening windows, installing structures, and setting up feeding areas to attract the birds and other creatures inhabiting or transiting Retiro Park. The large flowers which decorate the nest are the result of collaborative work with the artist Álvaro Urbano, his life-partner. Their choice forms part of the personal history that binds them together, and its purpose is to celebrate their union. However, these references are far from remaining mere anecdotes. In being made public, their intimacy acquires an evident social and political dimension. This call for visibility and acceptance becomes even more relevant when we recall the Palacio de Cristal’s colonial past as a place of exhibition and exclusion, together with its function as a public space. Likewise the motif of the white raven also suggests diversity and resistance to change in the bid for acceptance. In this sense it is a metaphor of many things, including being a homosexual person whose love is not fully recognized either by his family or by the majority of Kosovar society; or being from a country, Kosovo, not recognized by some states. 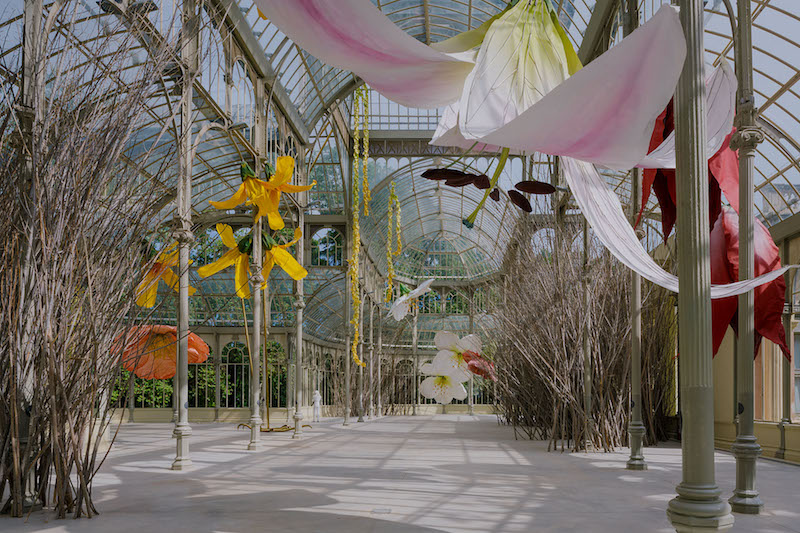 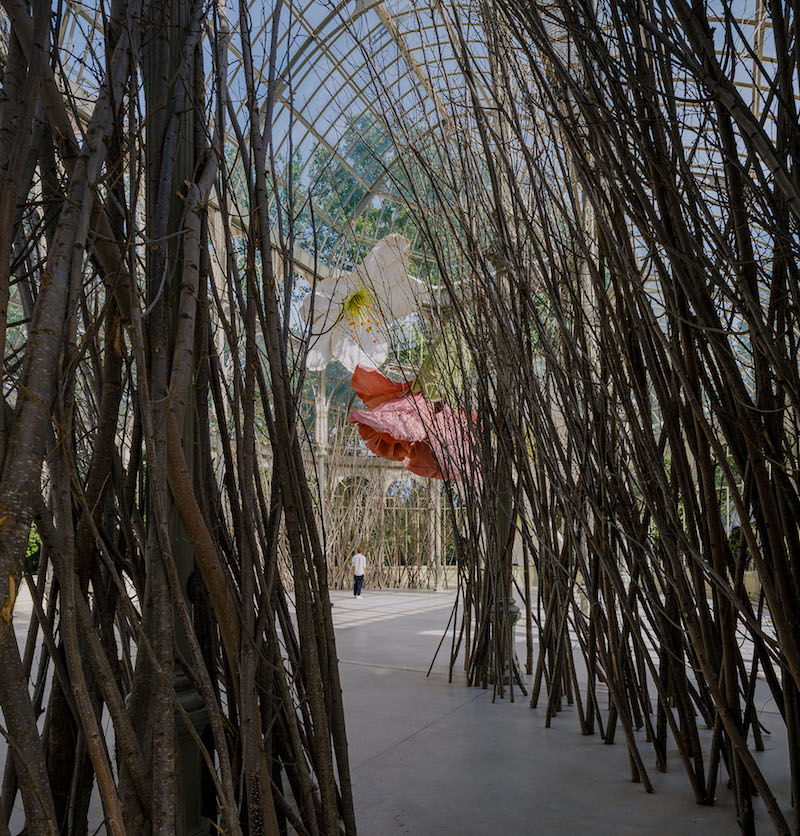 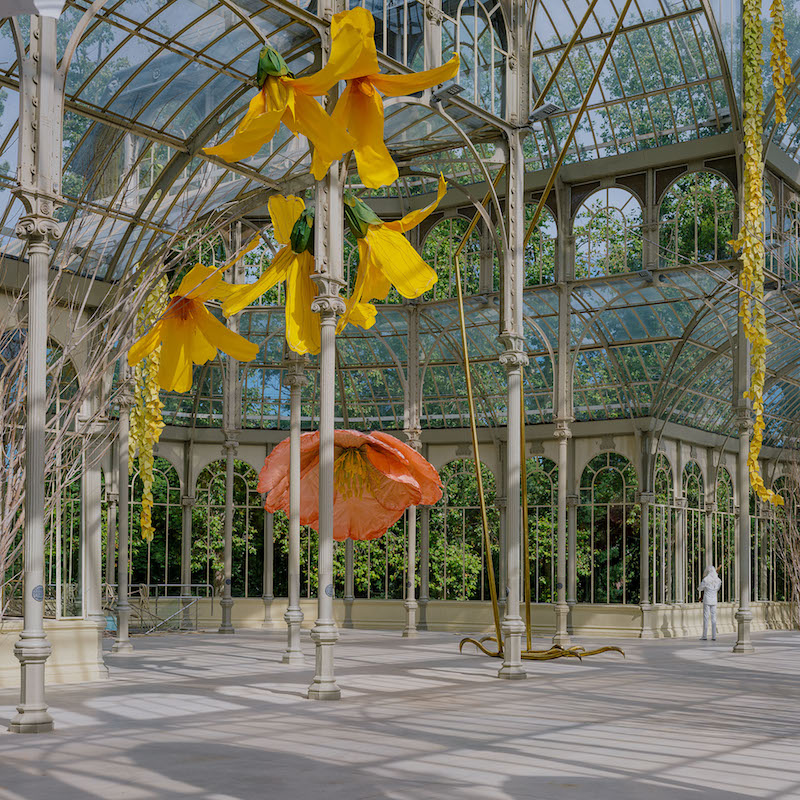 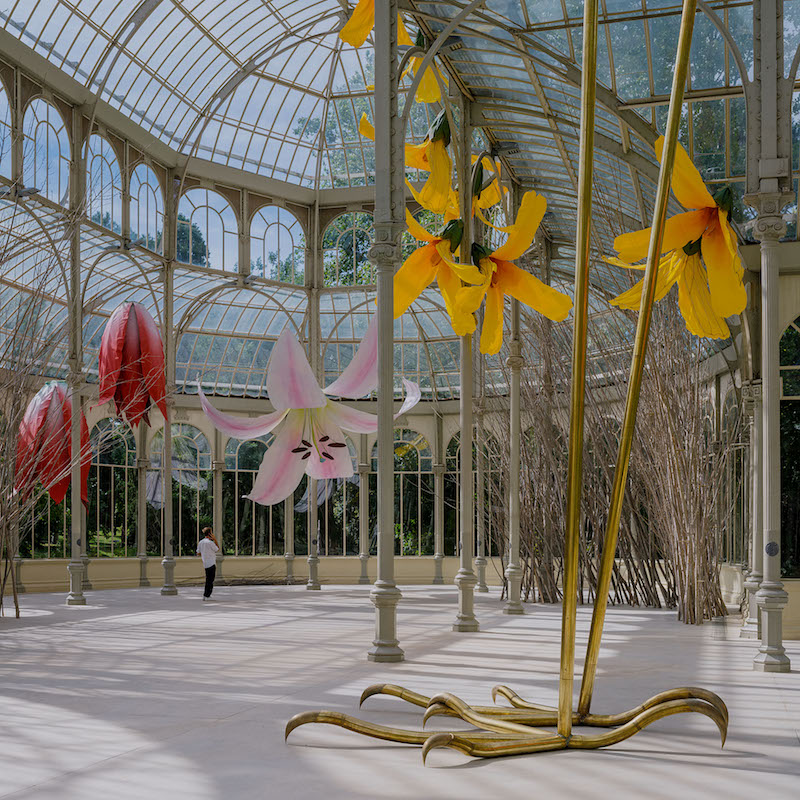 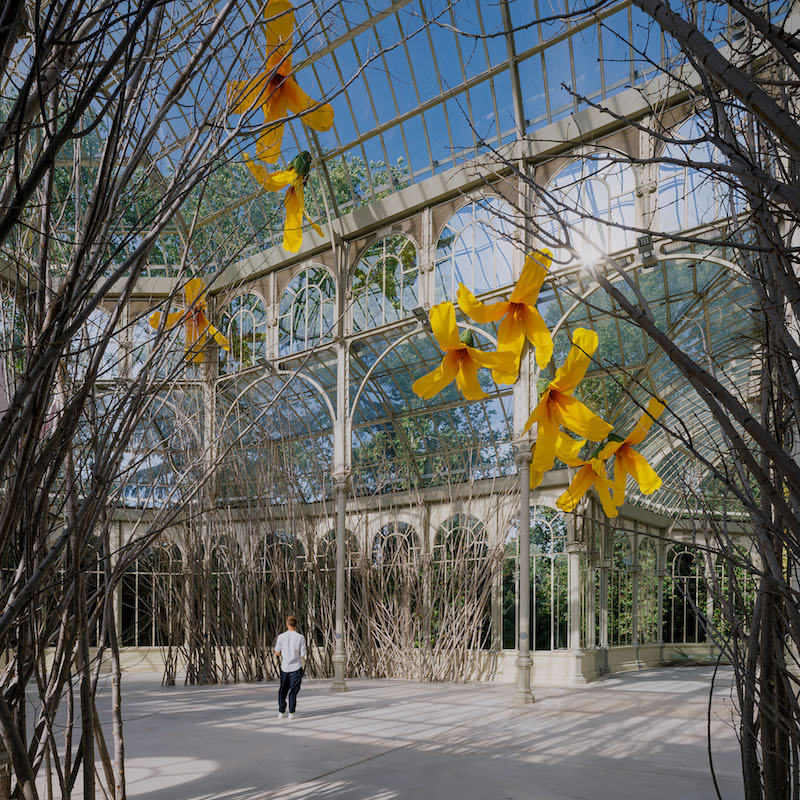 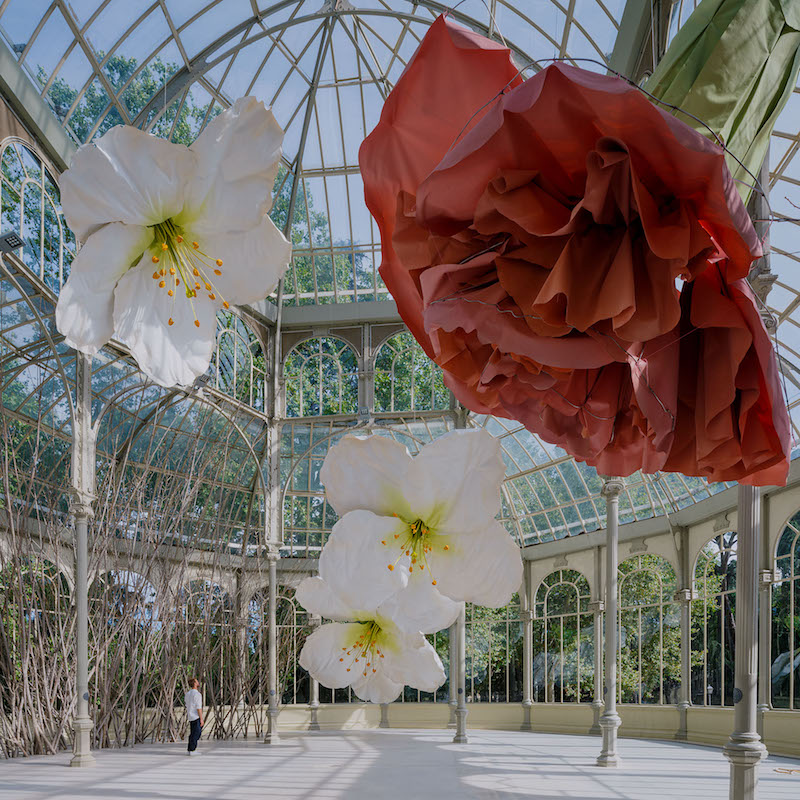 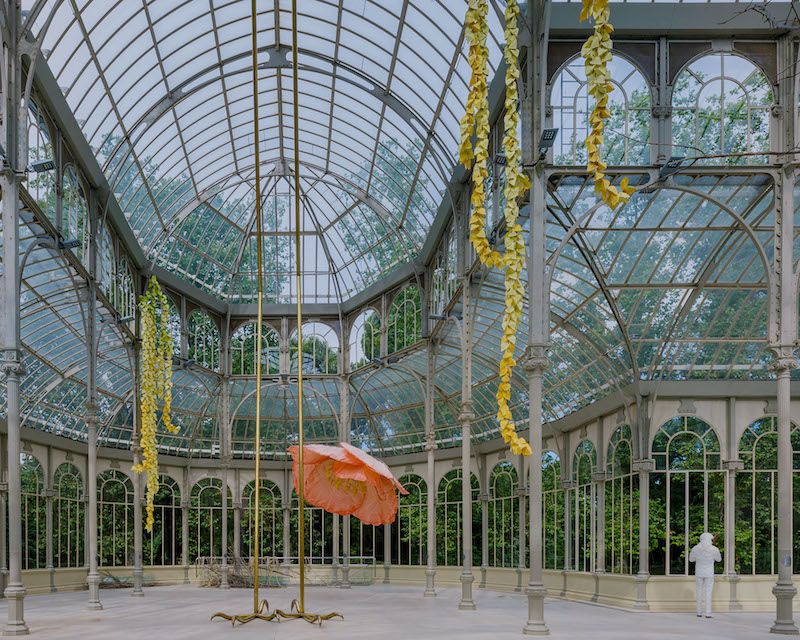 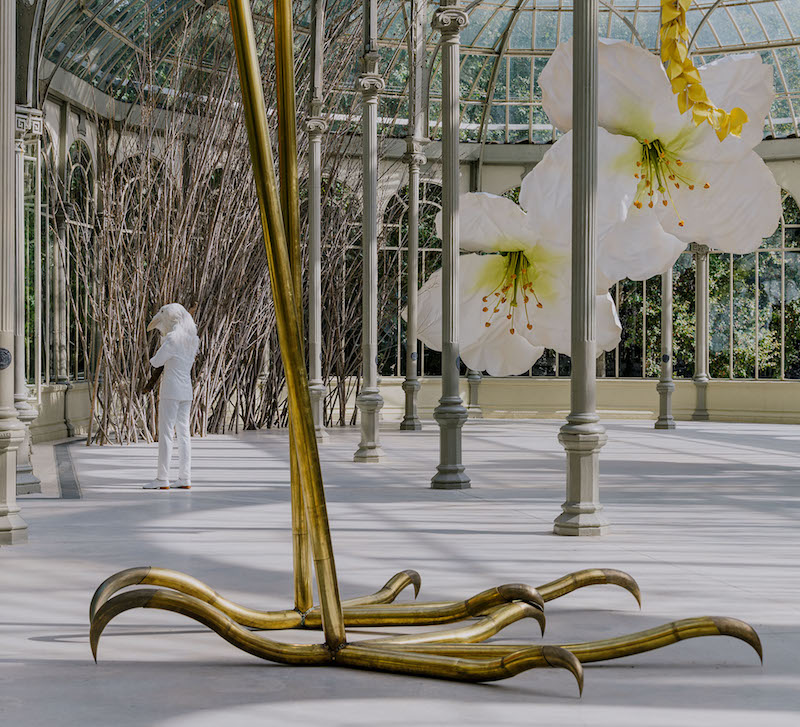 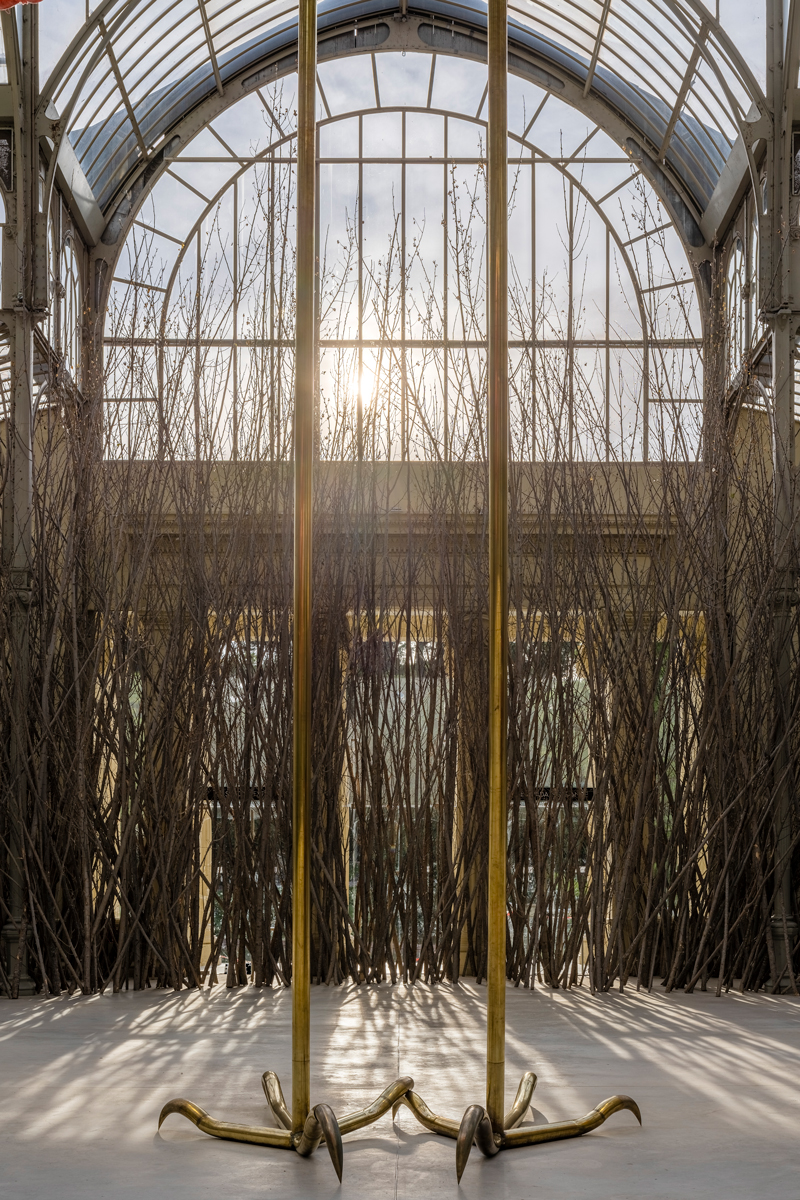 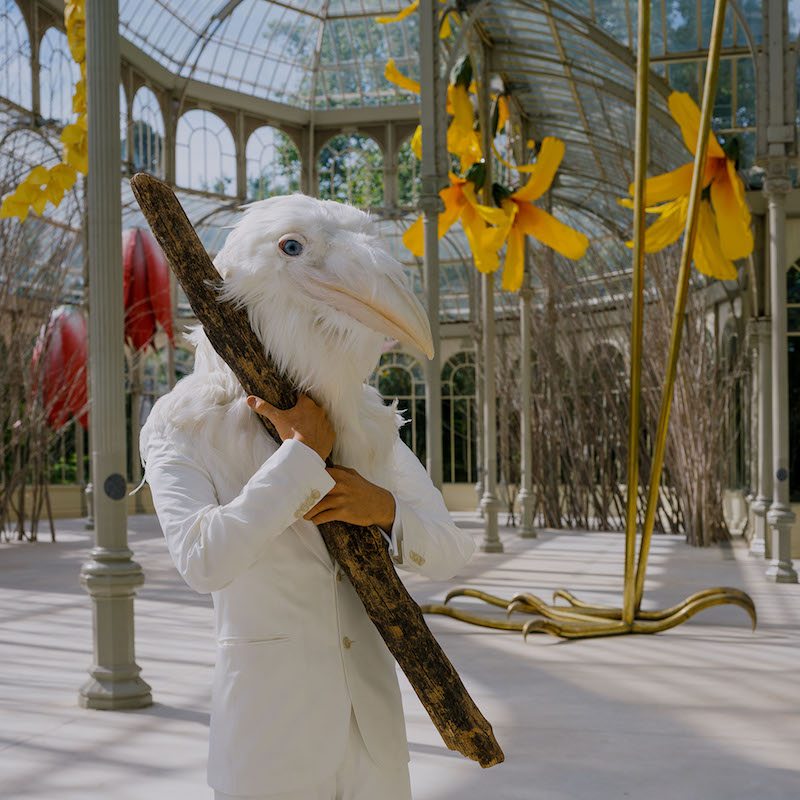 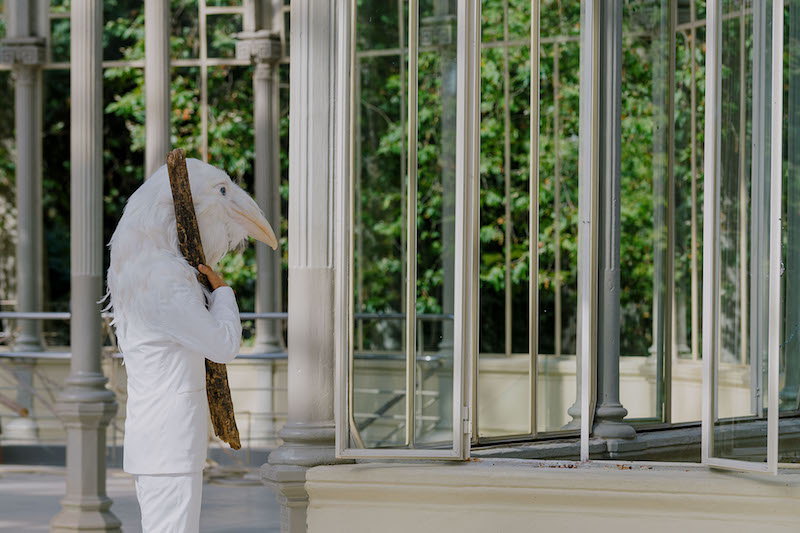