Piña, Why is the Sky Blue? is an affirming techno-feminist vision of a future in which ancestral knowledge and new technologies converge. The centerpiece of the exhibition is a video/virtual-reality installation (2021) of the same title, a speculative documentary that narrates the story of a spiritual medium known as Piña. As a form of artificial intelligence, Piña is able to receive and collect inherited knowledge, messages, and dreams from people around the world in order to secure their survival. The show featuring this newly acquired installation marks the first institutional solo exhibition in Germany of Berlin-based artists Stephanie Comilang and Simon Speiser.

These are interspersed with footage of agricultural landscapes, abandoned buildings amid lush forests, and documentation of ritual activities carried out by the interviewees. Through an emphasis on matriarchal lineages and their modes of knowledge transmission, the artists consider how precolonial ways of being have survived into the present in spite of their ongoing violent oppression. The spirit Piña remains invisible in the video, but they speak in voiceover over drone footage, which conjures their disembodied presence. “I am here for you,” they say. “Made out of all of you. Made out of your lost world. When all was being destroyed. And it was all burning. Somehow I survived. And now you’ve found me.” In the VR component, by contrast, Piña can be seen in human form. Initially viewers see Piña carrying out everyday activities, before they enter Piña’s inner world, a fragmentary rendered dreamscape made up of all the data transmitted to them.

In addition to the installation, the exhibition features textile collages made of woven pineapple-cloth swatches sewn together by hand. One of the first commodities from the so-called New World, the pineapple (piña) was introduced to the Philippines by Spanish colonialists, where it was grown for the European luxury market as well as used locally for food and fiber. On the individual squares, Comilang and Speiser have 3D-printed an amalgamation of traditional Ecuadorian and Filipino patterns along with new designs generated either by the artists or by a self-learning algorithm. Via the resulting mesh of various patterns, techniques, and traditions, the material becomes a carrier of information, one that connects the physical and virtual worlds as well as the past and present. The exhibition is accompanied by a publication featuring an interview between the artists and curator Lisa Long, and an essay by London-based writer Alex Quicho. 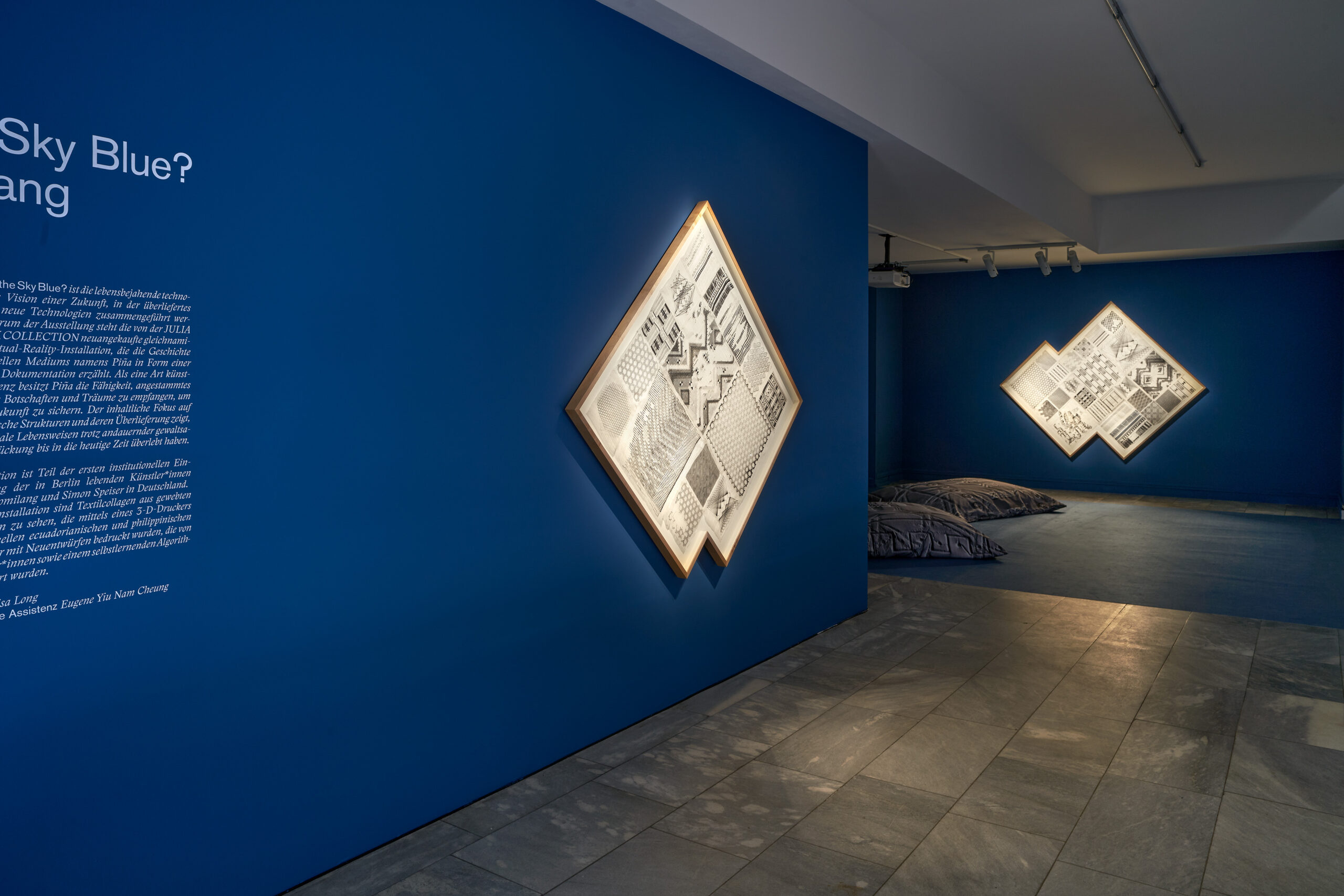 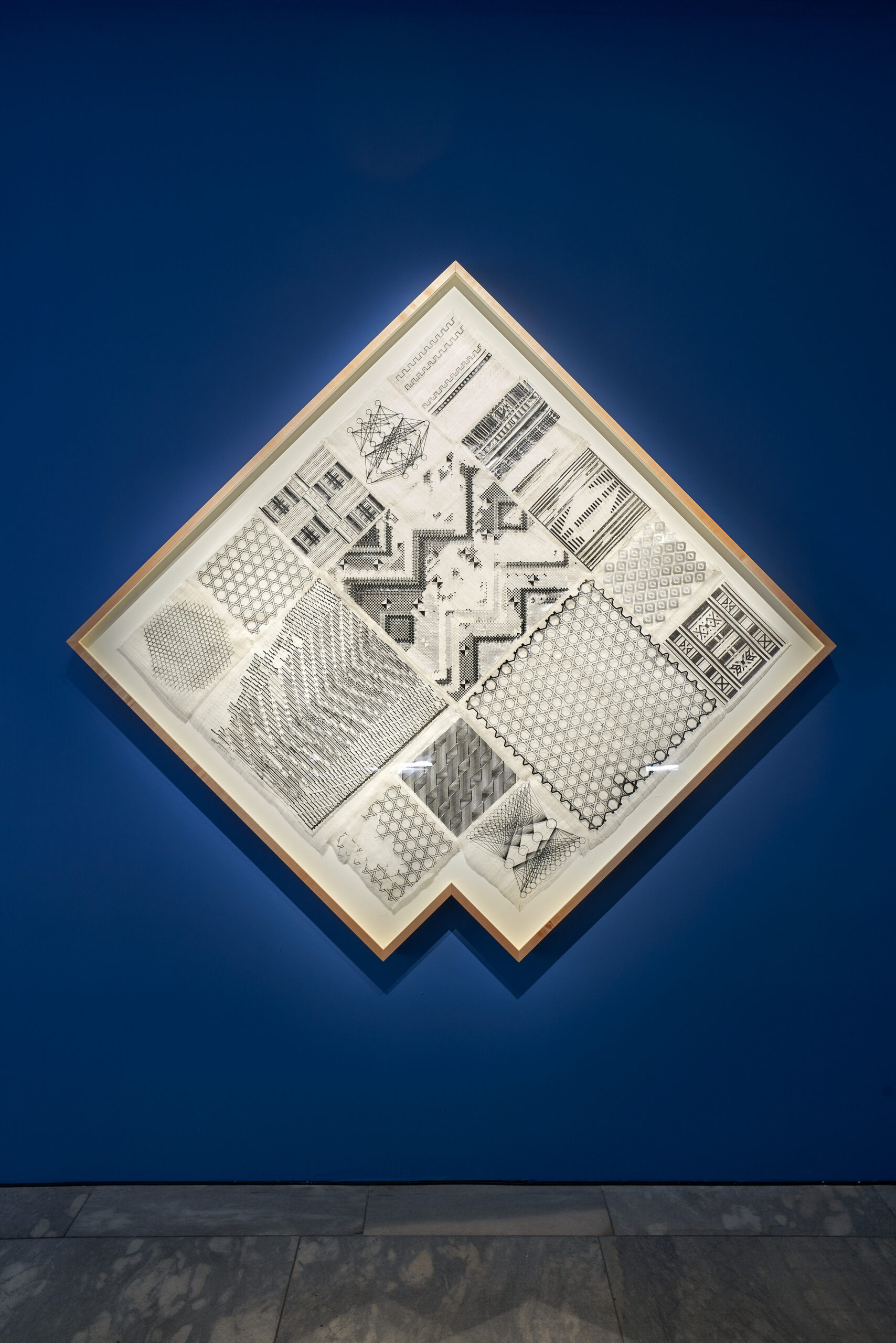 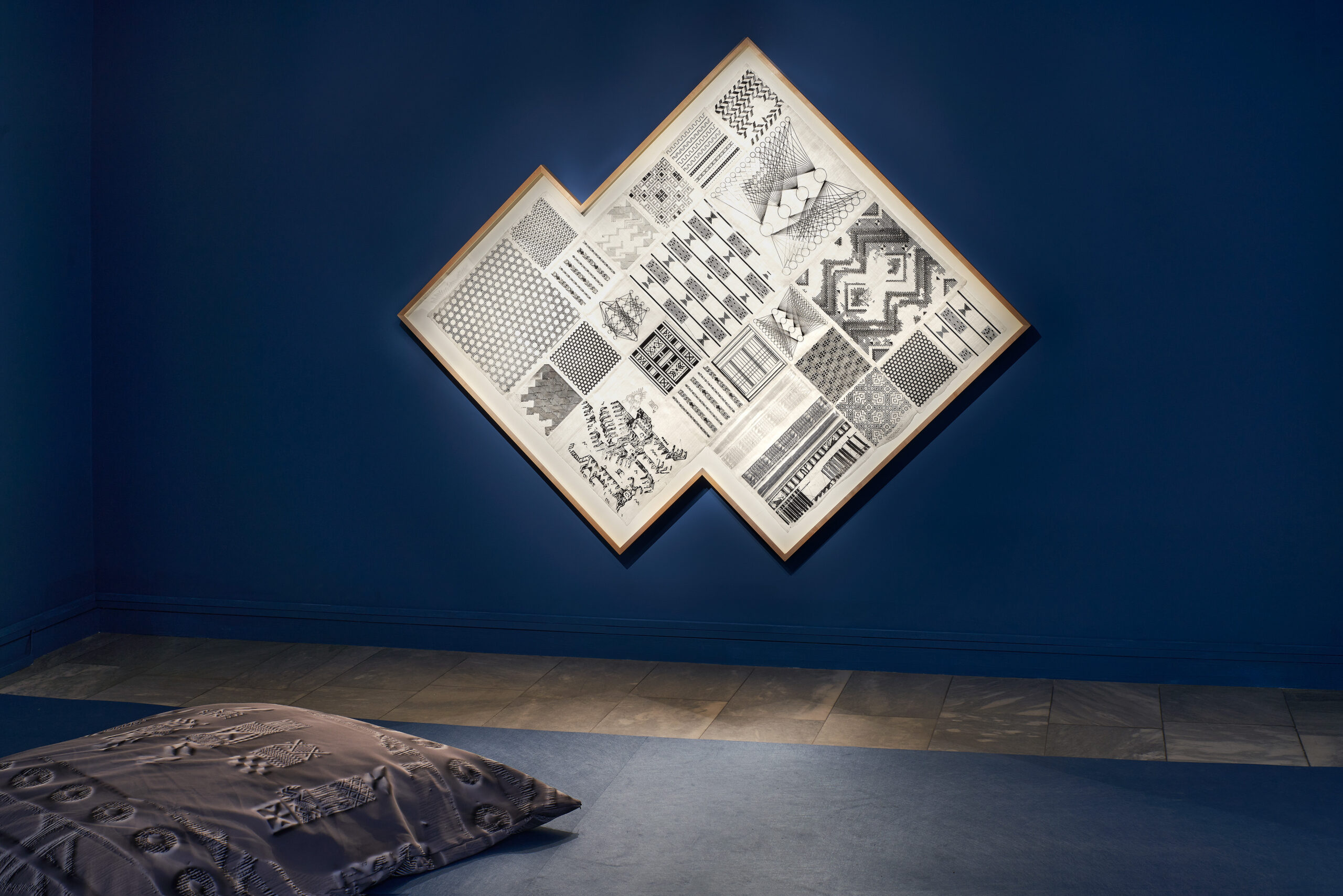 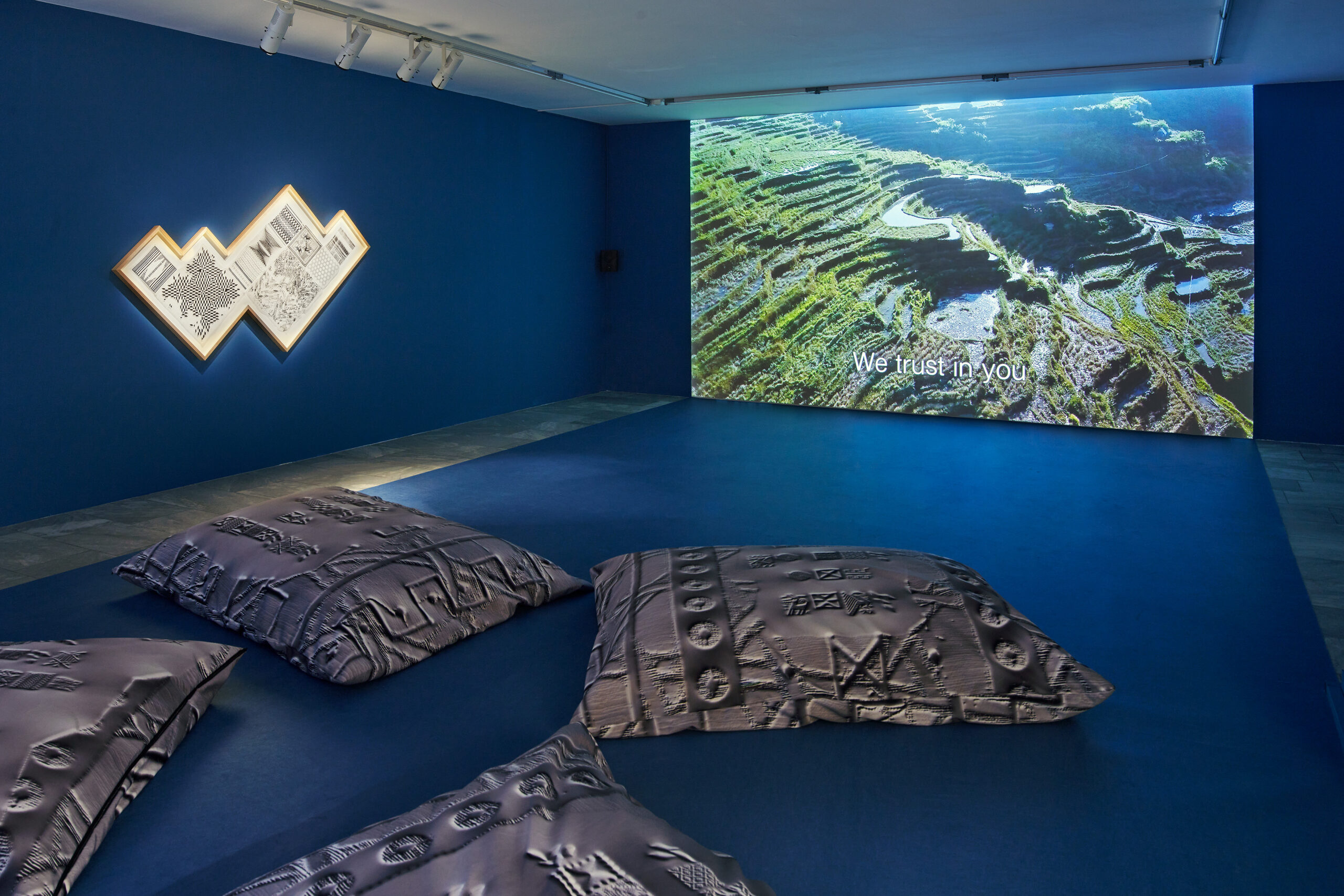 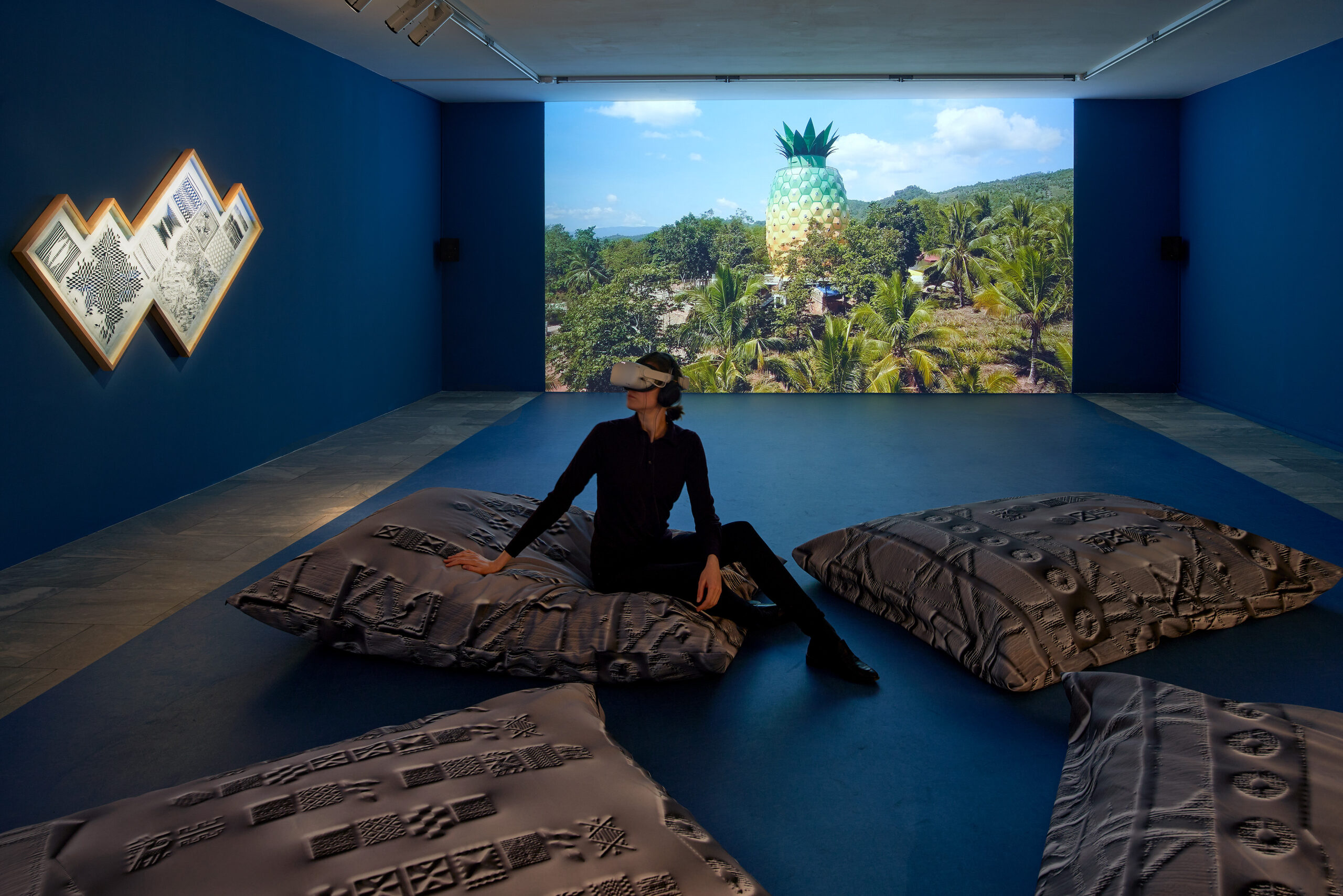 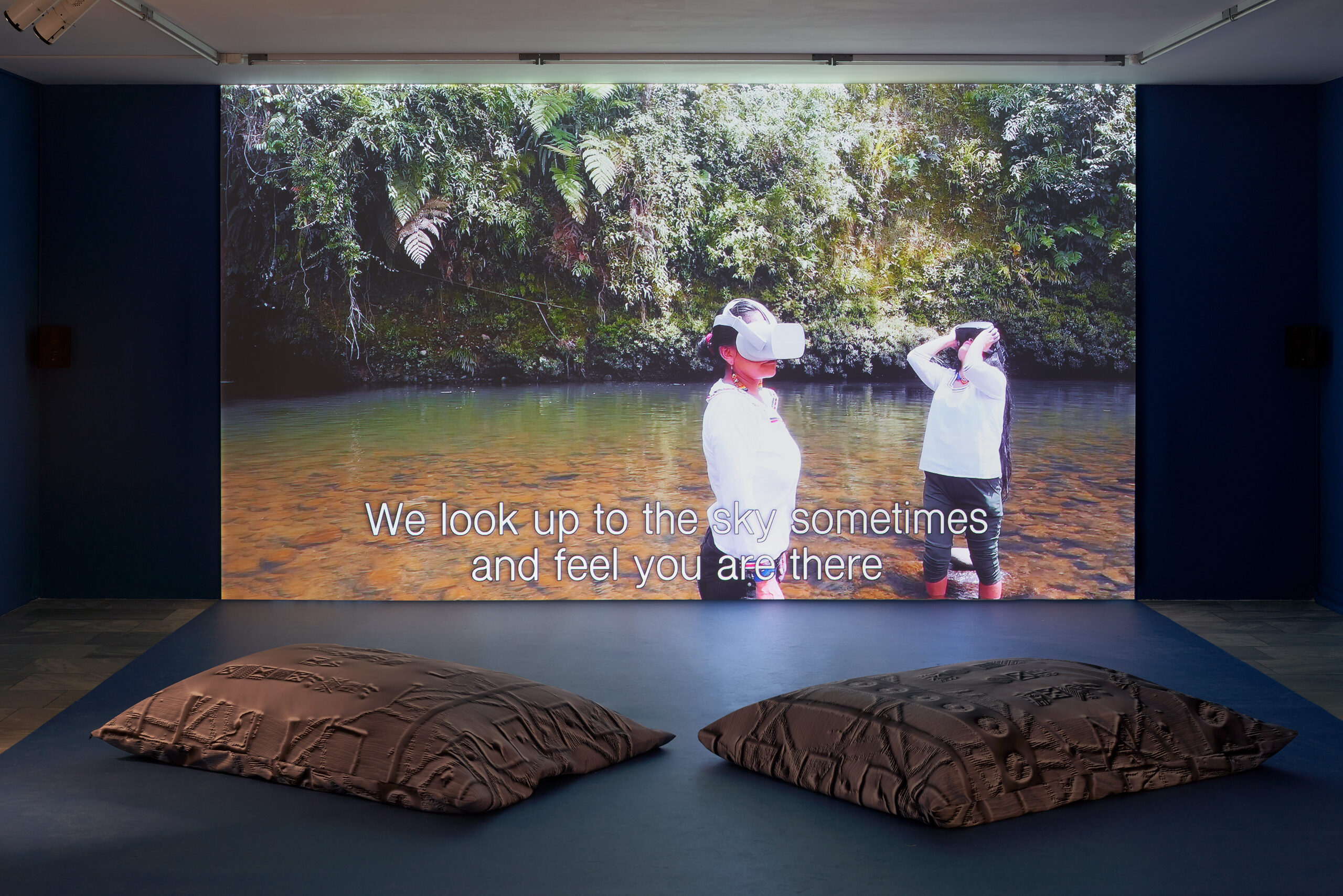 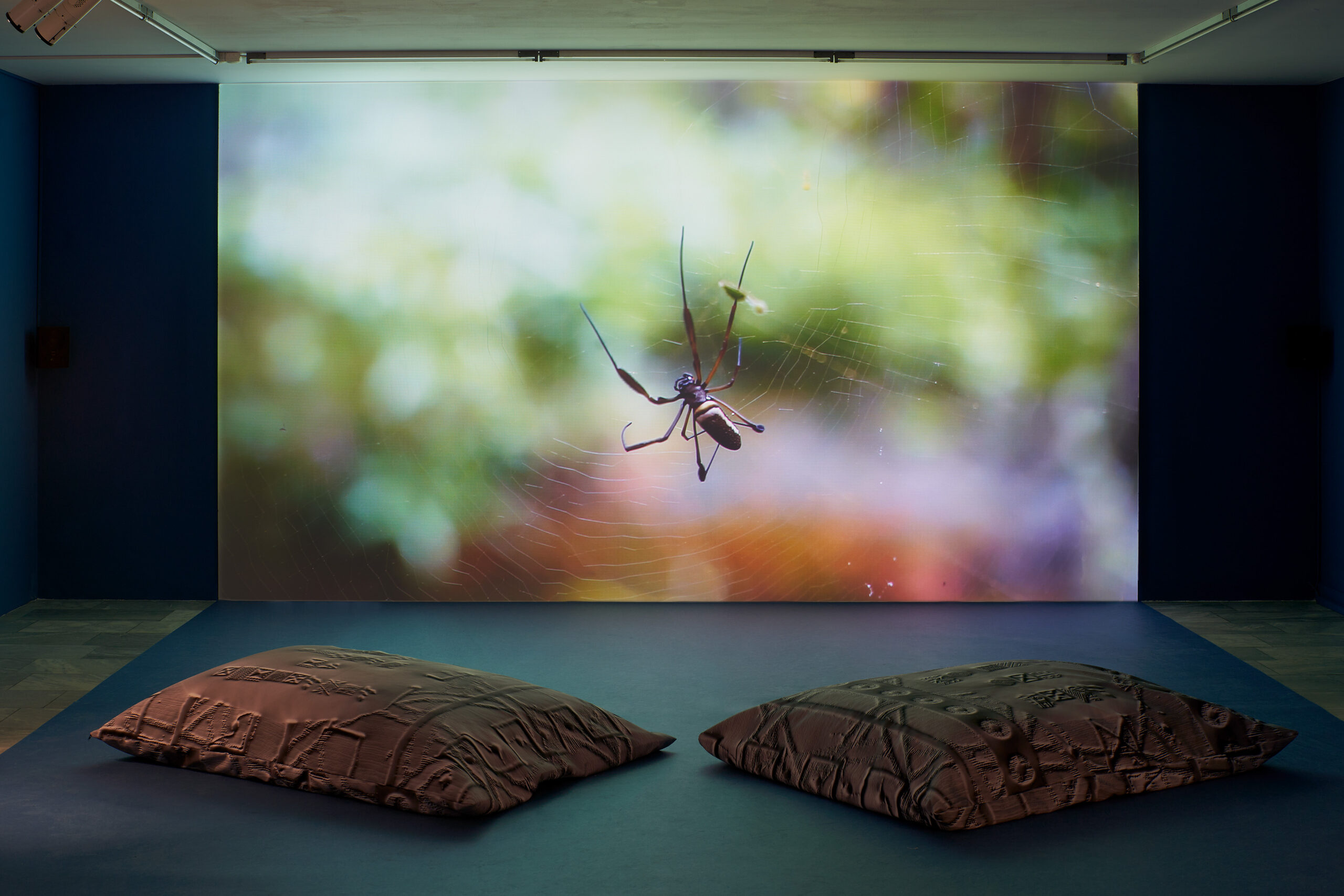 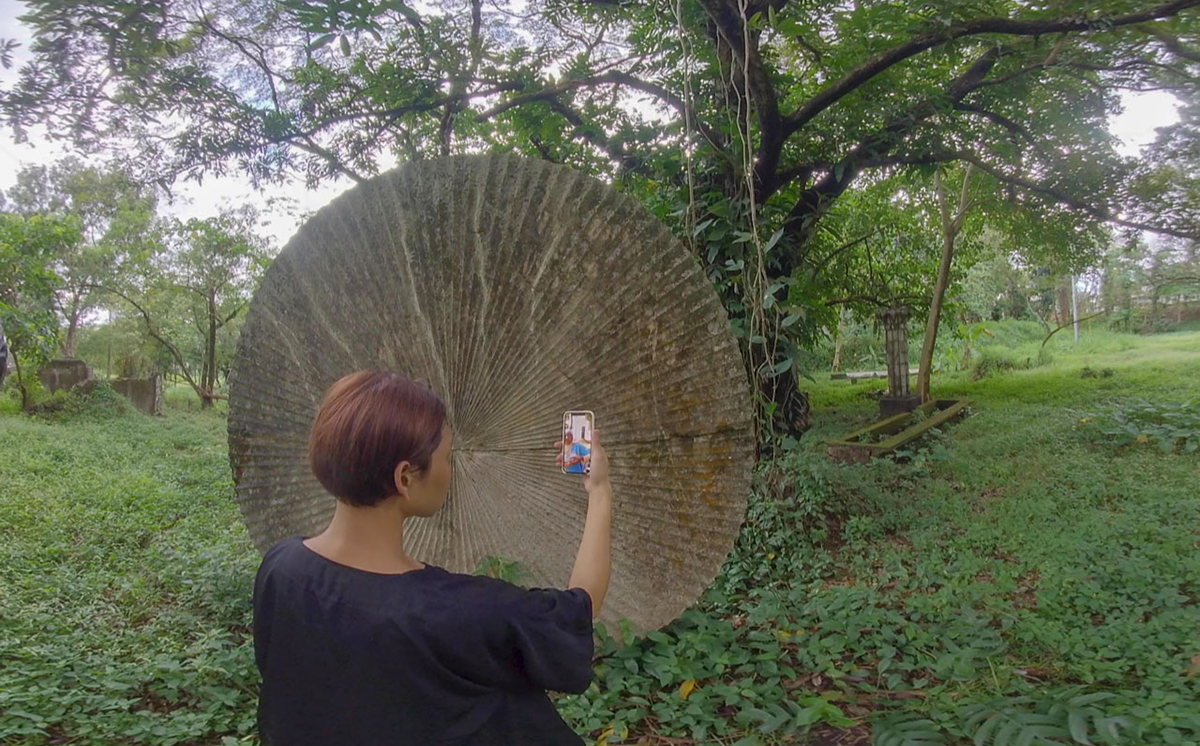 Stephanie Comilang & Simon Speiser, Stills from Piña, why is the sky blue?, 2021, Video-/Virtually-Reality-Installation, color, sound; Courtesy of the Artists and ChertLüdde, Berlin 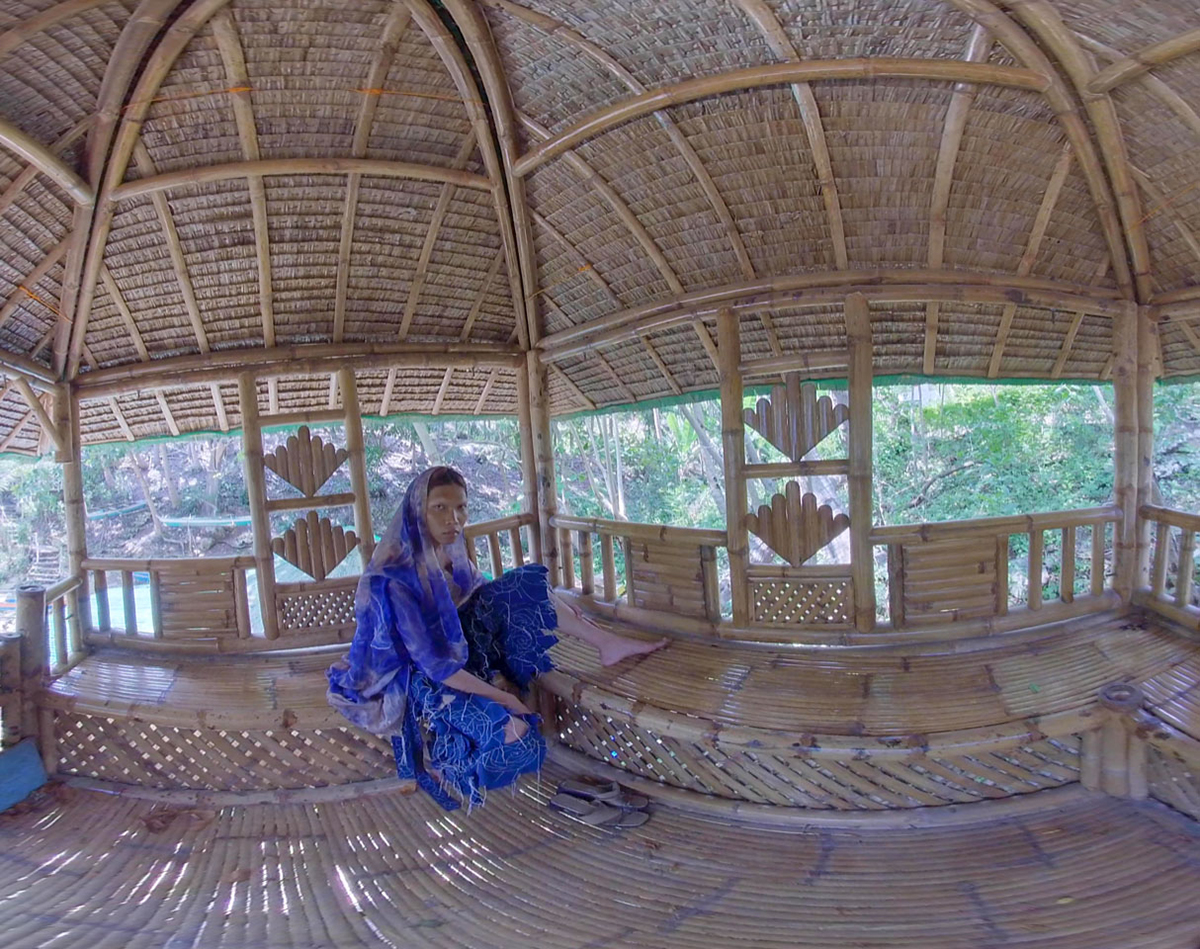 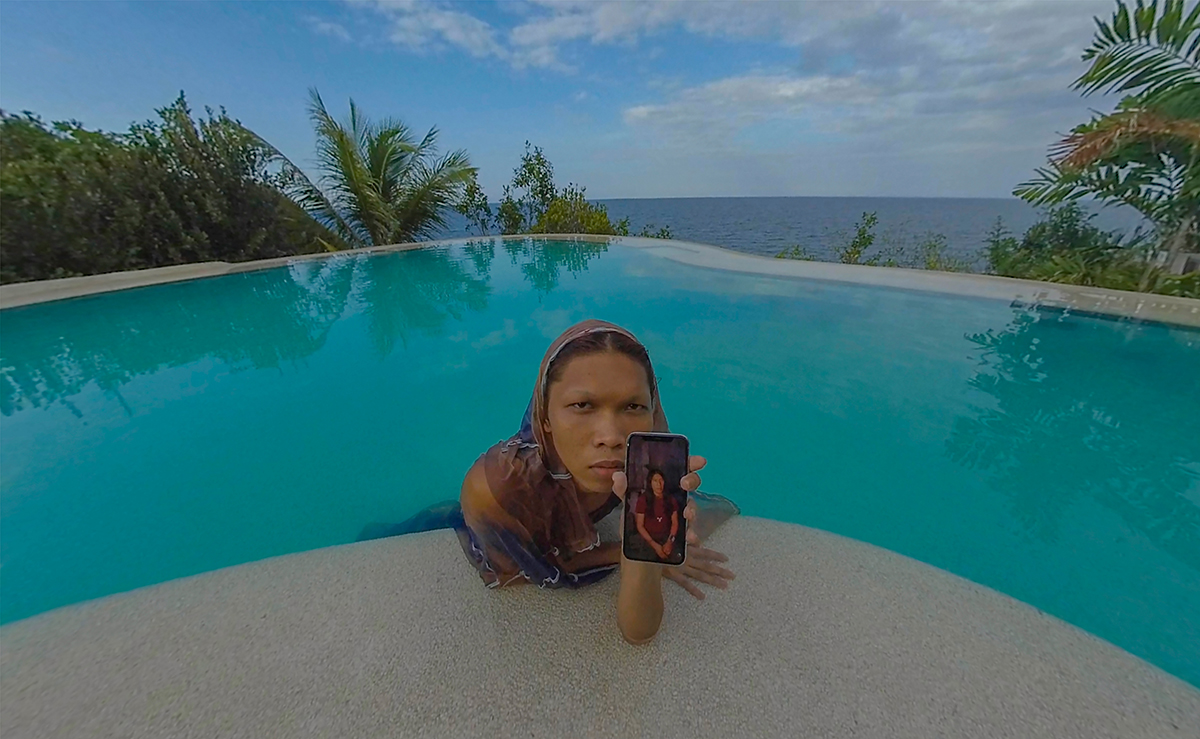