Ruth Wolf-Rehfeldt (Wurzen, Saxony, 1932) moved to Berlin 1950, where she still lives today. In 1954 she met the artist Robert Rehfeldt, who she married a year later. During this time she was employed by the exhibitions department at the Academy of Arts, and spent her spare time making drawings. A few years later, she started to develop what would become known as ‘typewritings’ and joined the international Mail Art movement. It is through this rich and well-established network that her ideas spread and strengthened through global correspondences.

The works in One / Out of / Fifty, a pop up exhibition at ChertLüdde, are all Zyncographic copies of original motifs. The exhibition’s title references the 50 copies printed of each work, the maximum Wolf-Rehfeldt was allowed to produce in the GDR. Printed in formats small enough to be sent by post and efficiently distributed through Mail Art circuits, many of these works have remained in the private collections of artists worldwide.

In the exhibition vitrines, Wolf-Rehfeldt’s editions are contextualized with the items selected from the Mail Art Archive of Ruth Wolf-Rehfeldt and Robert Rehfeldt. Her works of concrete poetry are seen alongside work sent by Brazilian artist Eduardo Kac and Italian poet Arrigo Lora-Totino. Her figurations of the body also mirror larger movements of body art, like the contribution by Polish filmmaker and artist Ewa Partum. And her profound and personal reflections on imprisonment and intellectual censorship can be seen in relation with architectural designs by Argentinean conceptual artist Horacio Zabala.

The vitrines on display span much of Wolf-Rehfeldt’s series, all produced between the early 1970s until 1989, the time of her Mail Art activity. These correspondences directed a sustained contact with the world outside the German Democratic Republic that was otherwise impossible. After the fall of the Berlin Wall in 1989 and the dramatic geopolitical changes later affected by the reunification – most importantly, the freedom of movement of the former citizens of the GDR – she felt her involvement was no longer “needed” and completely stopped her artistic practice. Speaking to Lutz Wohlrab in August 2015, she explained: “After the reunification I didn’t really want to make Mail Art anymore. I think that Mail Art had also stopped to a large extent because of technical developments that had meanwhile taken place. […] I didn’t feel it was relevant anymore, because we suddenly had all this freedom.” This makes the selection on view all the more precious within the city of Berlin’s history.

One / Out of / Fifty takes a closer look at Ruth Wolf-Rehfeldt’s work within the context of her international counterparts, allowing us to discover the enormous and fascinating research practice that grew in complexity and precision over nearly two decades of intense activity. From works of classic poetry and simple typewriting texts, to visual poetry and abstraction, the interconnectivity of her forms and approaches to art making become incredibly clear viewed from the totality of her oeuvre.

This year, the year of her 90th birthday, Ruth Wolf-Rehfeldt was honored with the prestigious Hannah Höch Prize in Berlin, a much-deserved and sincere recognition that testifies to the importance of her work, of which these works also give us a sharp indication. 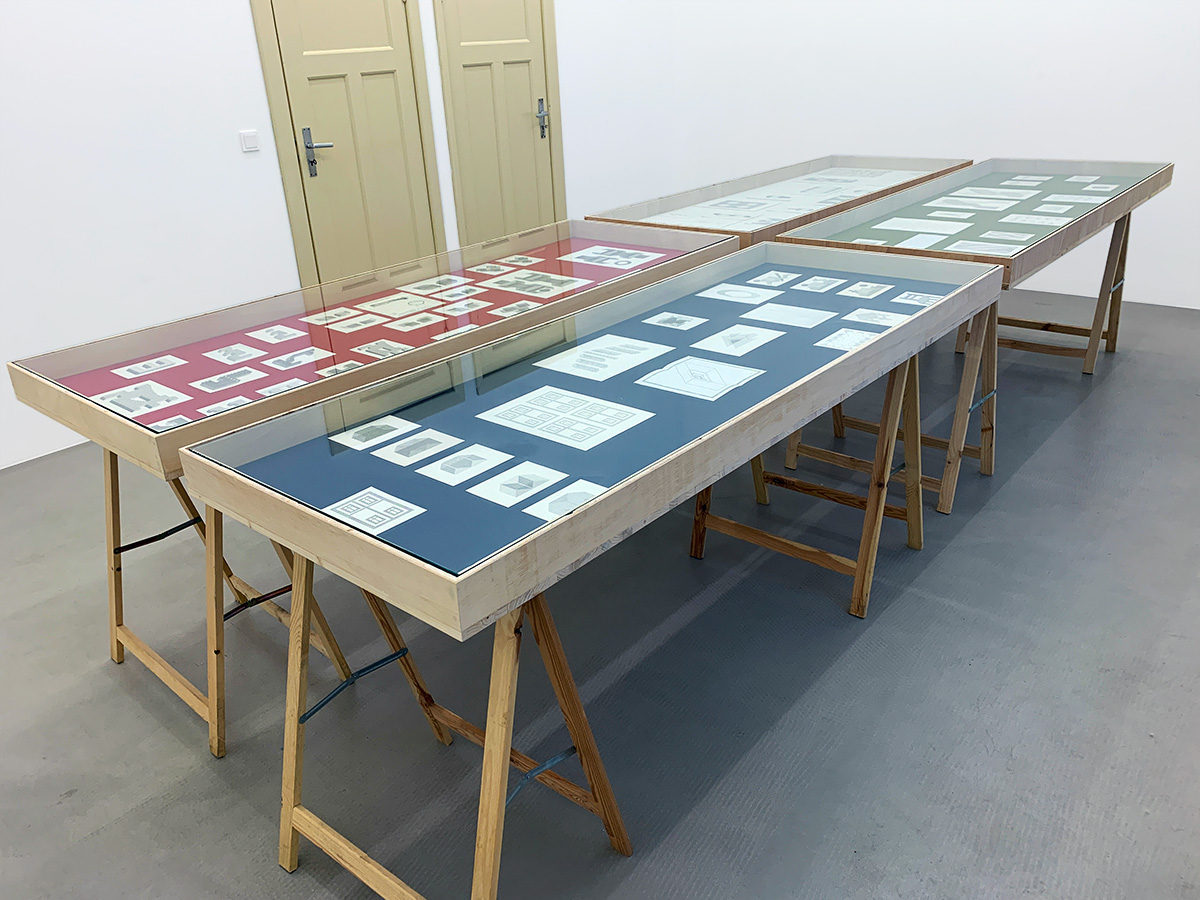 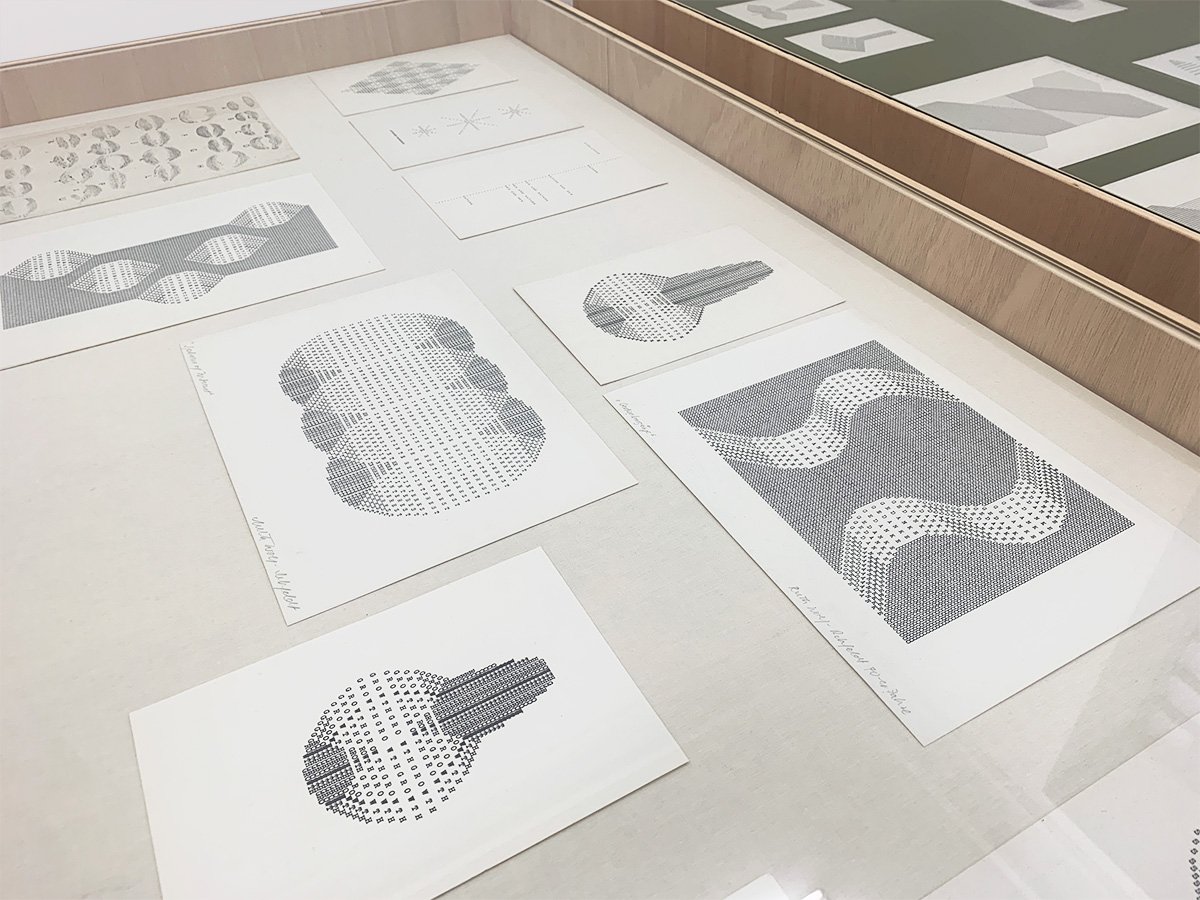 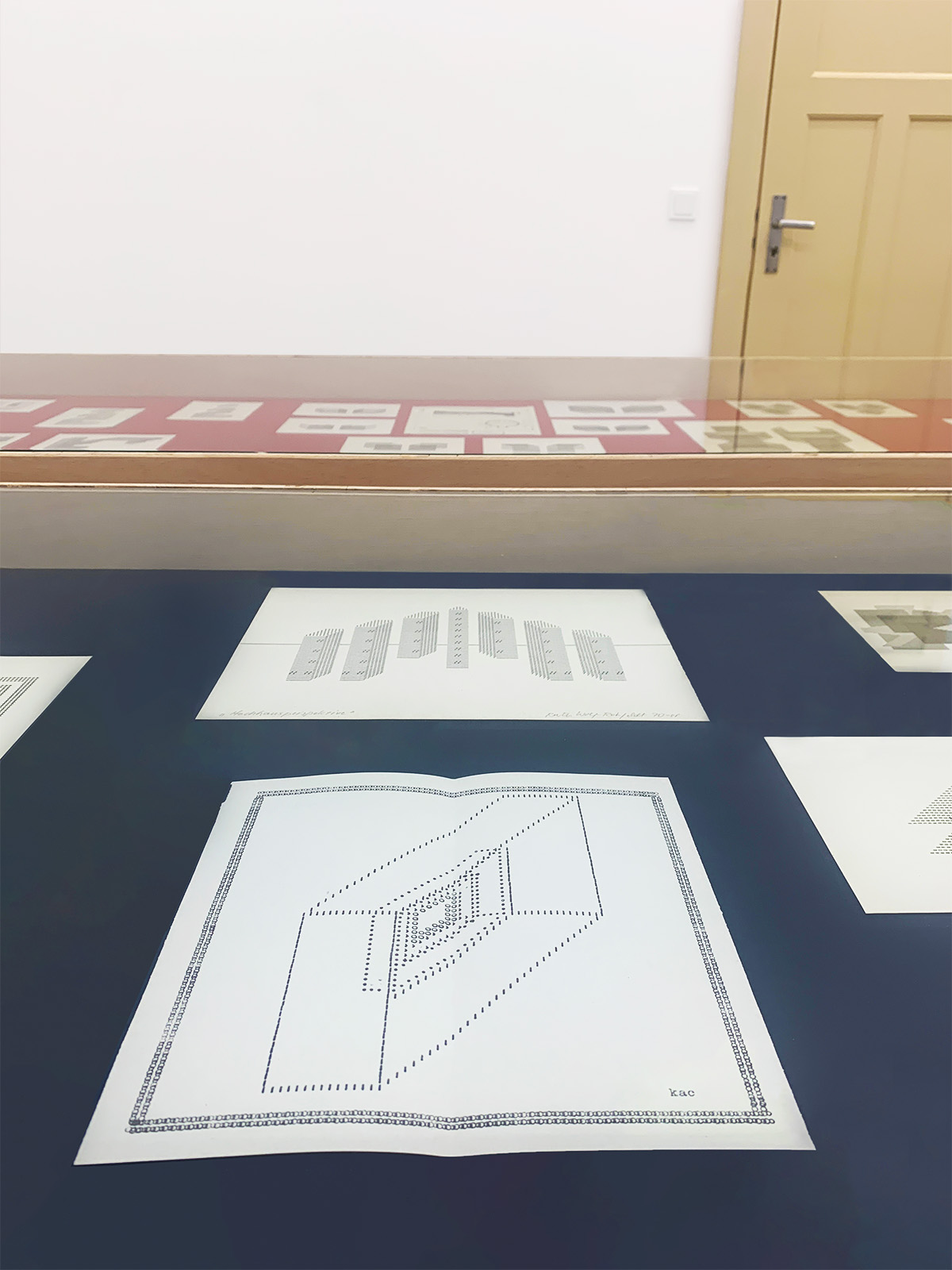 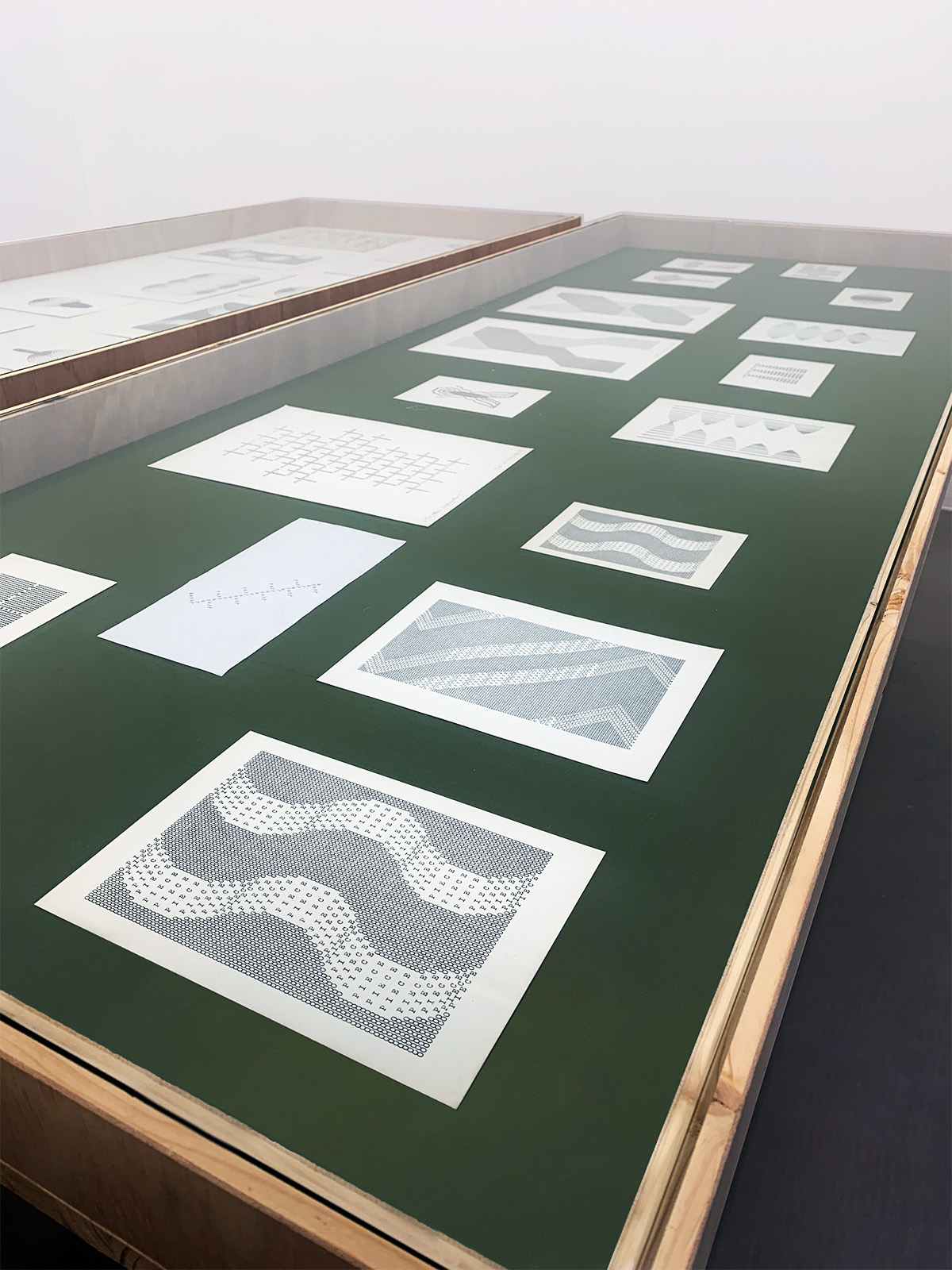 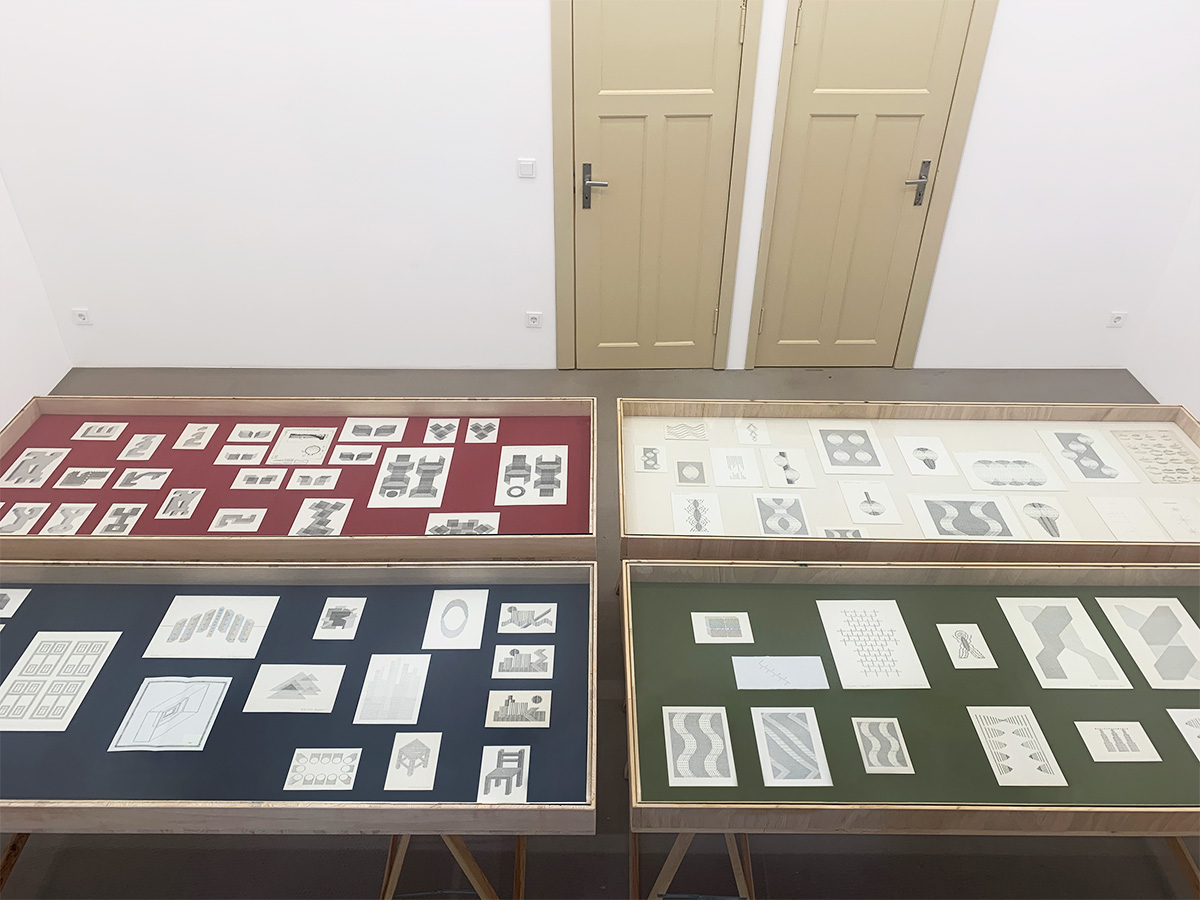