An editorial introduces the contents of a magazine, a fanzine, a book or a series of publications. It can launch a new project, speak of intentions, foreshadow provocations. It sets out to engage those who will peruse those contents, or take part in those initiatives. This first exhibition devised by the artistic director Luca Lo Pinto is conceived as an editorial: fifty-five works that encourage visitors to discover the renovated architecture and spaces of MACRO, along multiple perspectives and pathways — fragmentary and anomalous at times — while suggesting directions, positions, imaginaries and languages that will be explored by the museum’s new programming.

Museum for Preventive Imagination is the title of the project that will transform MACRO for three years (from 2020 to 2022) into a single, large exhibition, understood as the form and place of cultural production. The title pays tribute to the project Ufficio per l’Immaginazione Preventiva, created in Rome in 1973 by the artists Carlo Maurizio Benveduti, Tullio Catalano and Franco Falasca. A prototype of a “bureau” for the promotion of artistic operations outside the appointed circuits, founded by artists for artists with the aim of insinuating itself into the everyday life of the city of Rome, and beyond. In this case, it is the museum that calls itself into discussion, becoming a platform for the creation of imaginaries — by adopting an editorial structure. The life of MACRO will resemble the incessant activity of a three-dimensional magazine, paced by interdisciplinary offerings of columns and formats (SOLO/MULTI, RETROFUTURO: NOTES FOR A COLLECTION, POLYPHONY, ARRHYTHMICS, CHAMBER MUSIC, BIBLIOGRAPHIC STUDIO, IN-DESIGN, REHEARSAL and AGORÀ). A place to experience, in which to spend time, studying and questioning the production of contemporary art. A flexible, shared structure, convivial and vital, that makes artists and their thinking the central focus.

Museum for Preventive Imagination — EDITORIAL is the physical manifesto of this project. A statement of intent that extends into all the spaces of the museum, where visitors can freely find their way, and where the works of art — some created for the occasion, others already existing — suggest, like off-screen voices, different and unusual experiential possibilities. A fragmented landscape, without a single direction of interpretation, that combines languages, disciplines, poetics and generations apparently distant from each other, to make them resonate together.

All photos by Roberto App 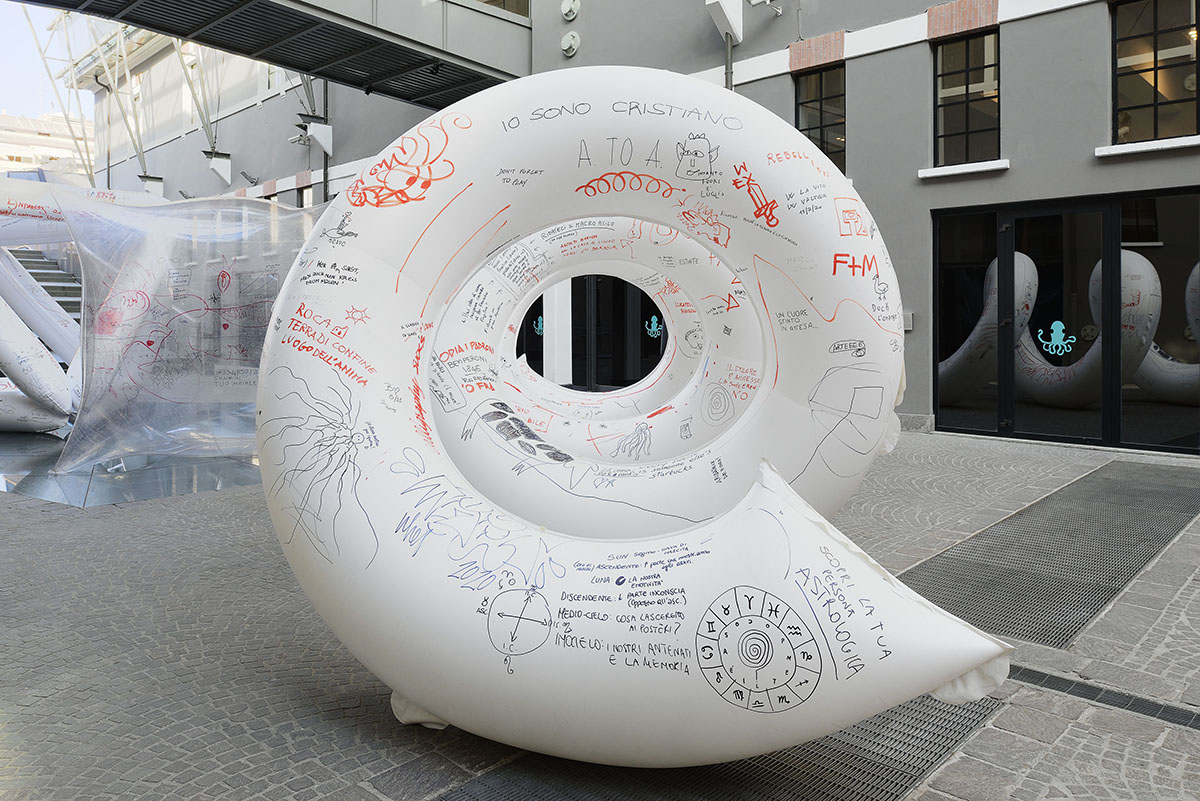 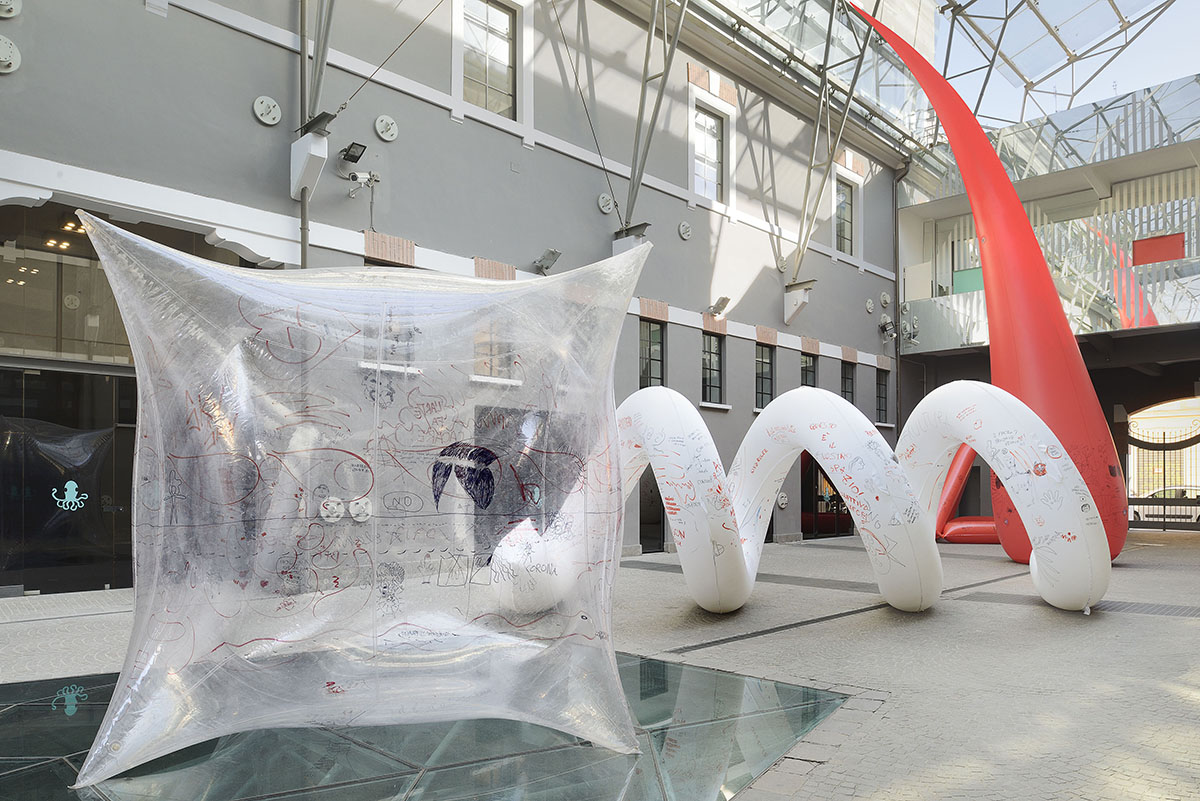 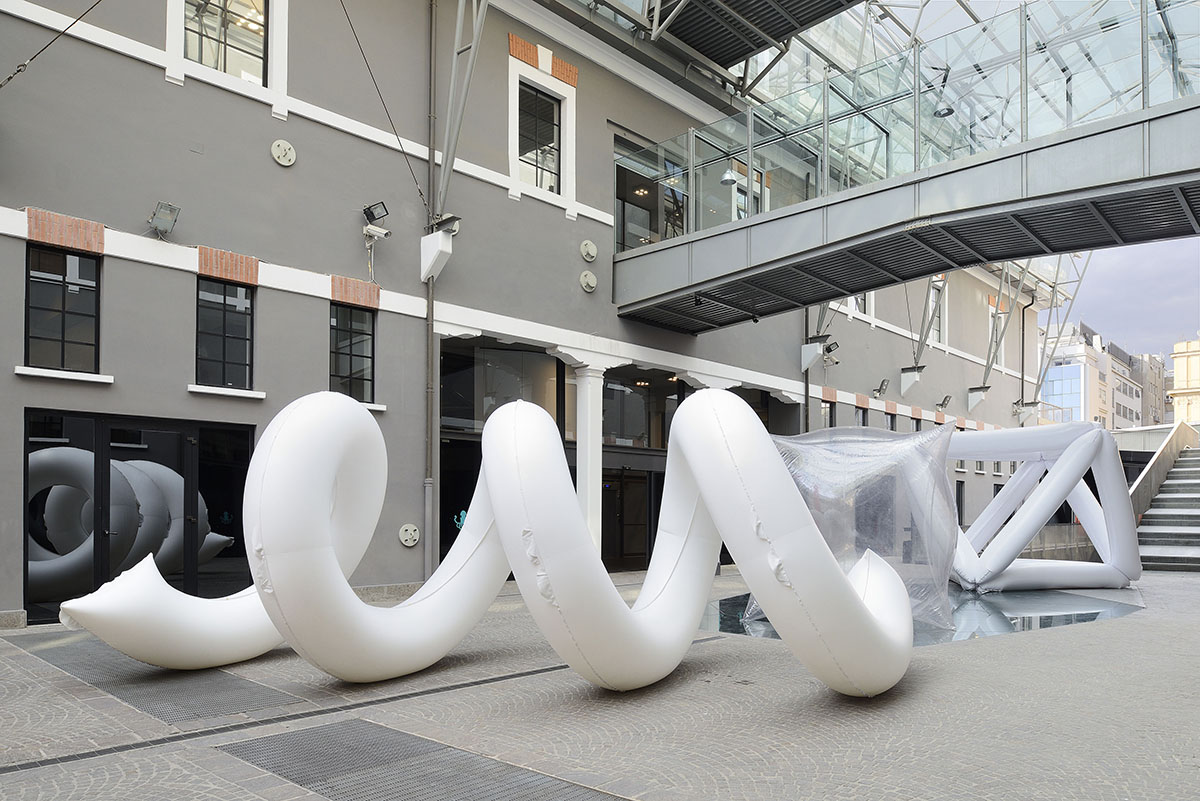