The photographic work of Annette Frick is considered uncompromising and nonconformist. Since the 1990s, Frick has been portraying Berlin’s subculture and the city’s architectural upheaval. Portraits, scenic images, urban studies, montages – in her works, which radiate a strong political as well as poetic force, the artist addresses conflicts within representational culture, identity, sexuality and history. Passionately documenting the queer underground scene of post-reunification Berlin in her clear black-and-white analog photographs, Annette Frick captures moments of fragility and subversive radicalism that allow her to take a particular perspective on contemporary queer life in the city. Annette Frick has always demonstrated a critical attitude towards the architectural and social facade of the German capital.

For this exhibition, Frick presents Mammamia. Based on the 15th century painting Madonna im Rosenhag, one of the most famous works by the German painter Stefan Lochner, the Inkjet print is an enlargement of a collage made by Frick in 1988. The title of the original work alludes to an ancient legend that claims the absence of thorned roses before the fall of man; it was from this account that the Virgin, exempted from original sin, earned the alias of a “rose without thorns.” In Mammamia, the faces of the Virgin Mary and her attending angels in Lochner’s representation are replaced with the heavily made-up and coiffured heads of sex workers found in phone sex magazines of the eighties. These women of rough and unforgiving reputations find themselves cast in the grace of Lochner’s soft Gothic style, as if they are now granted the Virgin’s attributes of purity and dignity. 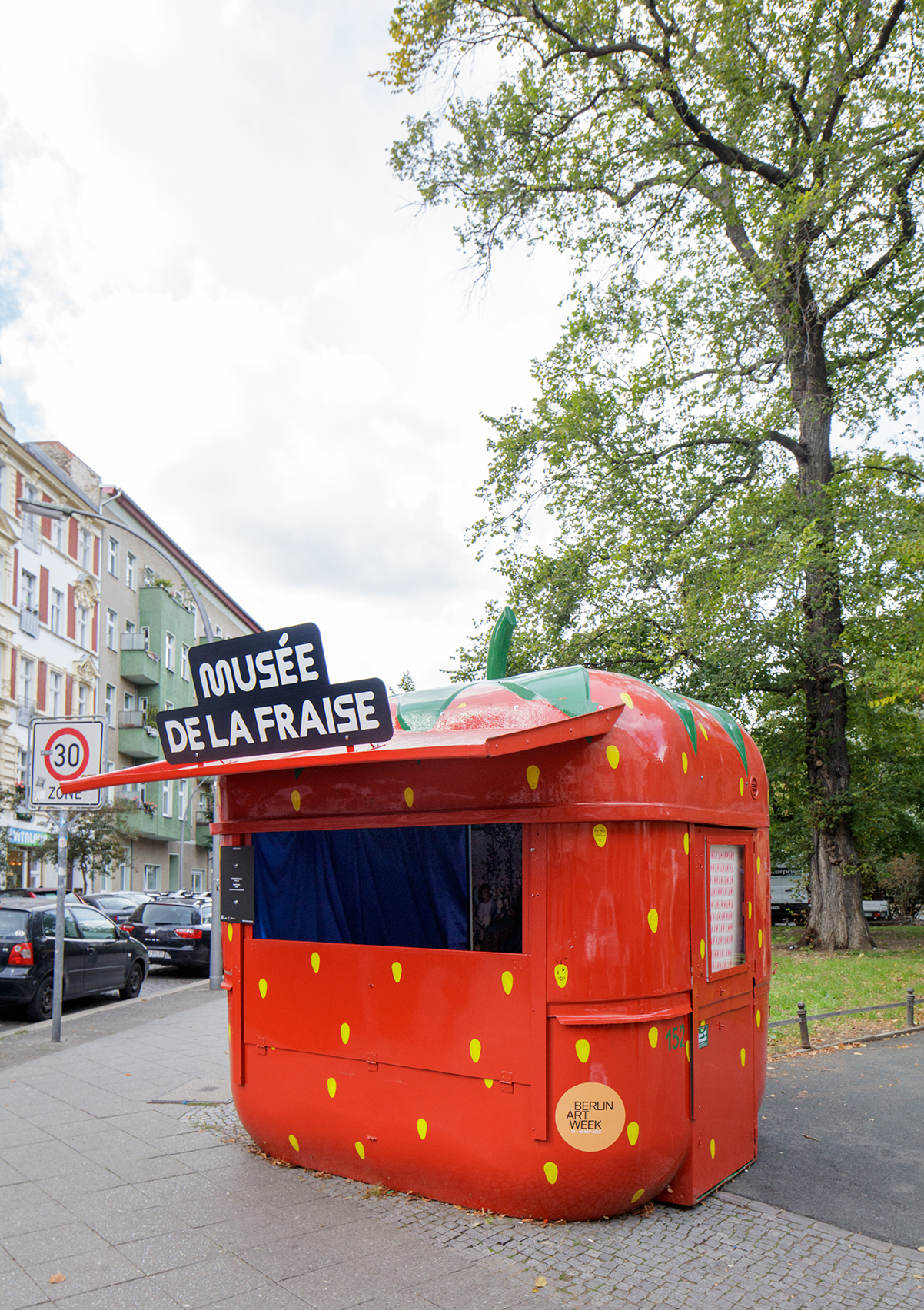 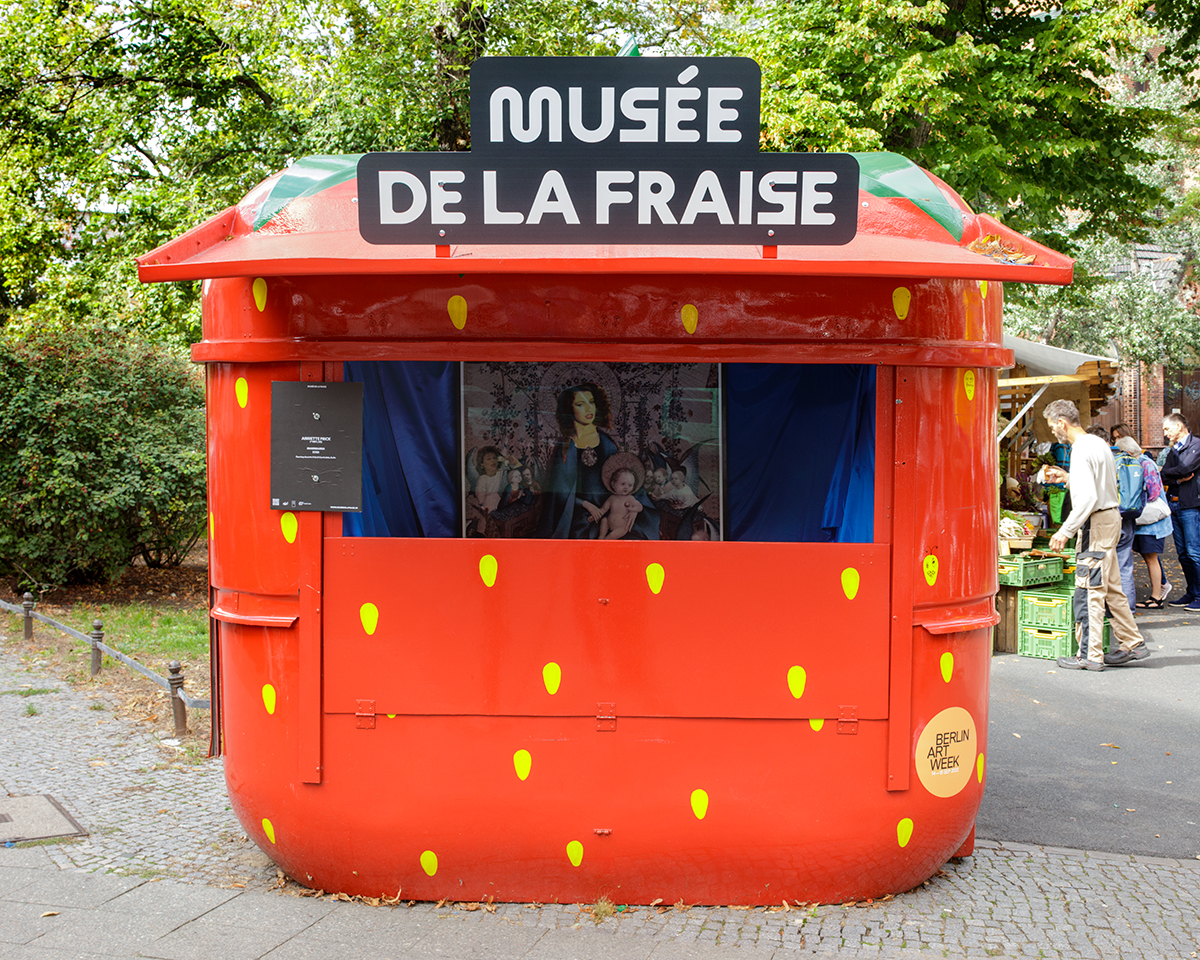 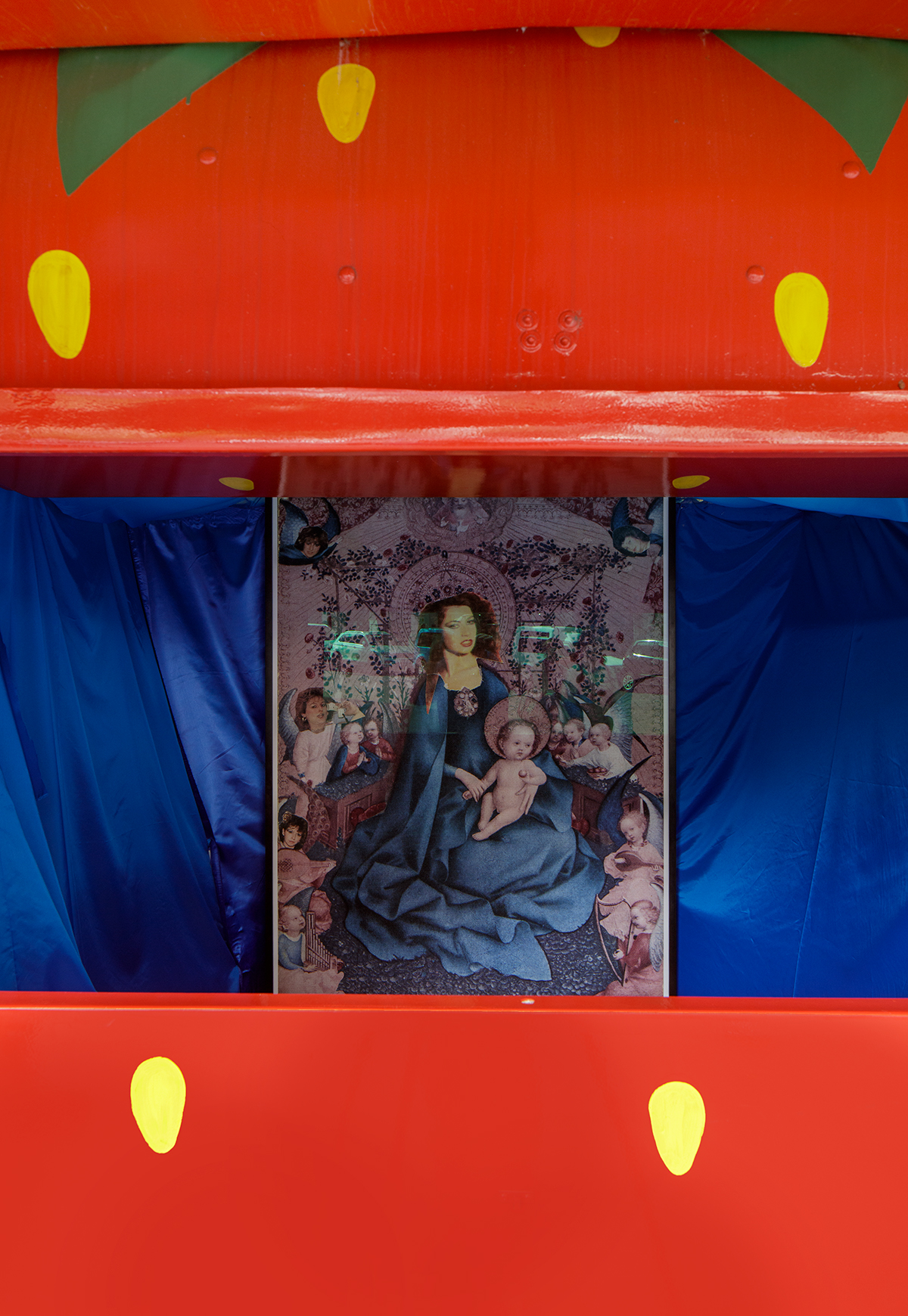 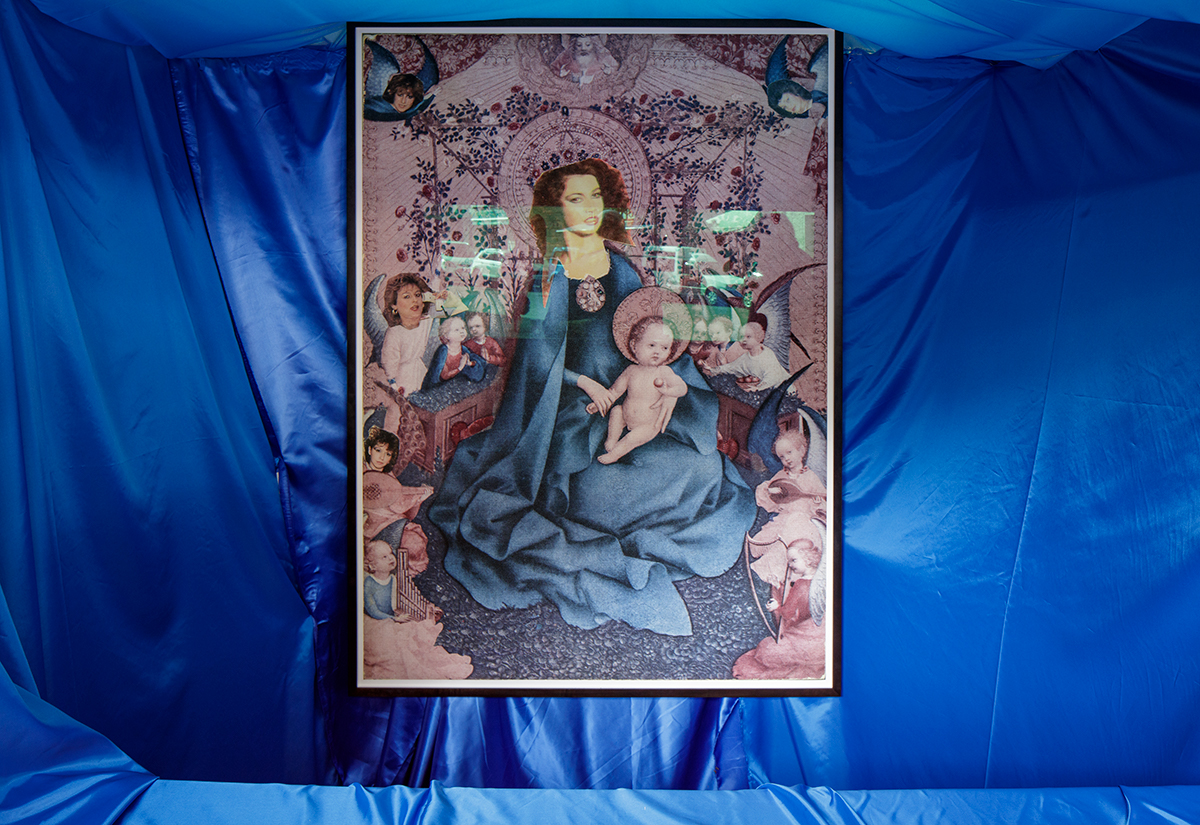 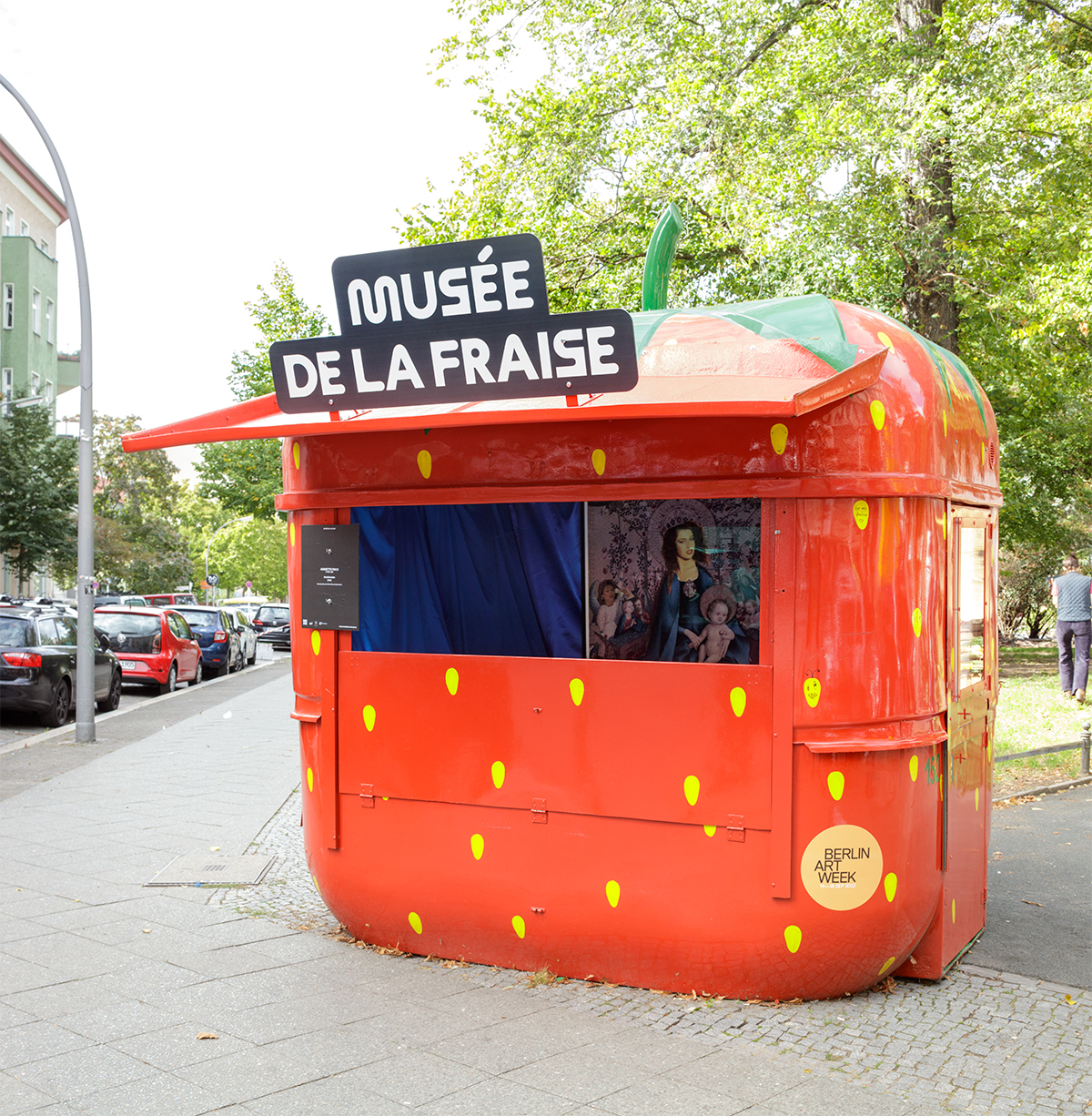 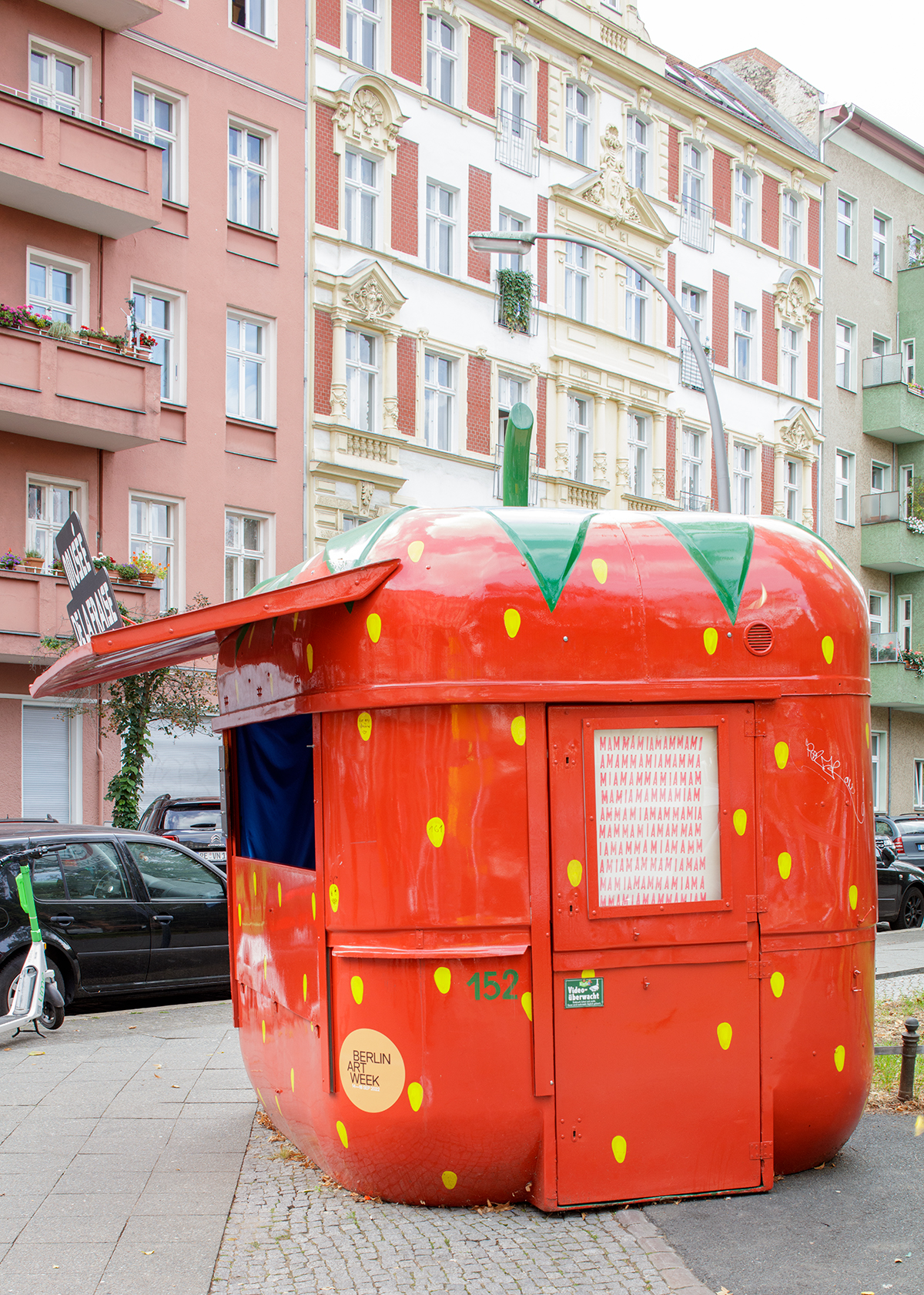 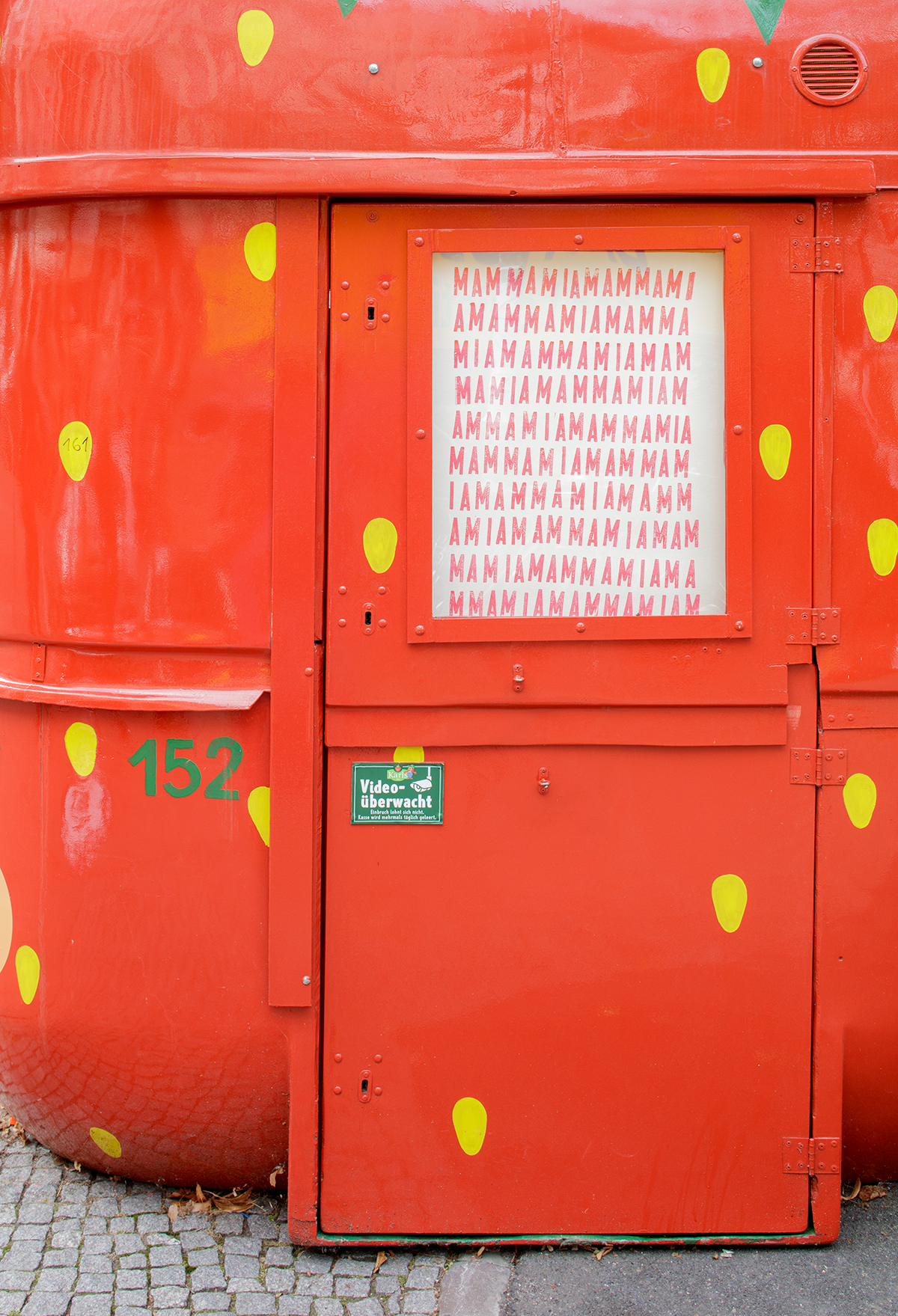