SPACED OUT, run by Jochen and Christof Beutgen, in cooperation with the PSM gallery, regularly presents exhibitions at Gut Kerkow in the Uckermark. For this occasion, ChertLüdde joins them to present Kasia Fudakowski’s solo show Living with grave potential.

This culture is coming to an end.

This society is coming to an end.

This economy is coming to an end.

Your body is coming to an end.*

The rooms in this country manor provide a grand, yet decidedly domestic, setting for Kasia Fudakowski’s new fabric works entitled Curtains for you – Oh Pancreas, Oh Pancreas!, and My Heart, My Heart!, both produced in 2021 for this exhibition. “It’s curtains for us!” is a comedic English idiom, that implies demise is near and is typically uttered by a character (hyperbolically or humorously) who is facing their own death.

The generous rooms in Kerkow are uncannily empty, save for the presence of these ornamented curtains. On closer inspection their pattern reveals itself to be an intricate collage of malignant drawings that repeat over the cotton folds. The delicate painted design printed on the fabric depicts symptoms of pancreatitis, gallbladder distention, cancerous tumours, aneurisms, and Ischaemic heart disease; all of which represent some of the most common causes of death in modern-day Europe.

Together with the collective A.P.T, (Association for the Palliative Turn) Fudakowski has begun to consider ways in which her work might embody a more palliative attitude towards the state of demise which the planet and humanity are now in. An attitude defined by A.P.T. as a movement away from the expectation and fixation on art’s ‘curative’ role, instead seeking to acknowledge and assuage the horror of the inevitability of The End. The Association for the Palliative Turn takes the fundamental principle of end-of-life care that is encapsulated in the question ‘How would we like to go?’, but they apply this to the wider social body and the role of culture within it. Curtains for you, is an active acknowledgement of an imminent end. An acknowledgement that affirms life while celebrating dying as a normal and necessary process; one which must be actively lived with.

Bringing this profound truth to a setting originally designed for frivolous entertainment and secreting it in the soft furnishings is a carnivalesque gesture of morbid humour. Visitors are invited to be entertained by the inevitability of their own failing bodies. The latent self-sabotaging nature of such a memento mori is both horrific and comical, inhabiting Fudakowski’s preferred realm of investigation. Her practice, which encompasses sculpture, film, performance and text often treads the fine line between the comic and the tragic, almost always veering towards a self-implicating punch line, which we find all of ourselves to be the victim of.

Similar strategies are evident in Gut Kerkow’s old corn-store, where her complex installation Where is your alibi, Mr. Motorway?, sits in session. Centred around the narrative structure of a rural criminal court, a sculpture is here accused of breaking local law and subsequently put on trial. Various elements of a legal proceeding, from the authoritative courthouse architecture to verbose judicial logic, are parodied in this installation with both their tragic and comic potential extracted and distilled.

The bulbous, rotating phallic sculpture, central to the installation is titled G.S.O.H. (which stands for Good Sense Of Humour) and embodies the accused. Made four years prior to the other works in this installation, it was “captured and brought in”, re-contextualised within a court room drama, and assigned the new title of Mr. Motorway, (emblematic of every rural community’s greatest hope and fear). The short video A Show Trial, reports on the courtroom exploits from both an ‘official’ and a ‘local’ perspective, revealing a string of fallacies, warped material logic, bias and mistranslation which take material form in the sculptures on display.

Evidence Cabinet, for example, which hangs somewhere between wall and ceiling, displays ‘evidence’ made from salt dough, appears worryingly homemade. Identititisch recalls the photofits of faces constructed from witness statements. Here deformities in wood veneer create faces of potential suspects. A backwards sloping bench-like structure partially folded up constitutes the piece Reasonable Doubt which offers the traces of an absent jury. The presence of an absent public is also discernible in the carved graffiti on the wooden fence-like structure ofThe Public Are Thirsty, where offerings are strung up in salt dough, dividing the space. The hastily erected, and therefore flawed structure from which flash photographs of salt-dough mug shots hang, carries the title Precedents and insinuates the Common Law practice of referring to past cases in order to form future legal arguments.

This is a portrait of a system of sentencing based on evidence fixed from salt dough, justice on the basis of sporadic knots in wood, a hastily built courtroom, a jury of extras picked from the gathering, thirsty crowd, a legal system based only on local tradition, trial as a theatrical bluster, and judgment as an arbitrary formality.

In this slap-stick makeshift maelstrom, the horror emerges from the comic only to concertina back into uncertain laughter, ultimately lurching between comedy and tragedy, humour and pain. In fitting contrast Curtains for you offers an existential aesthetic consolation, where the bodily grotesque becomes something hypnotically intricate and beautiful. From the courtroom to the anatomy theatre, Fudakowski dissects our human conceits with an absurd yet forensic rigour, the effect of which leaves us unsure if we should laugh or cry or both.

From the press release of SPACED OUT. 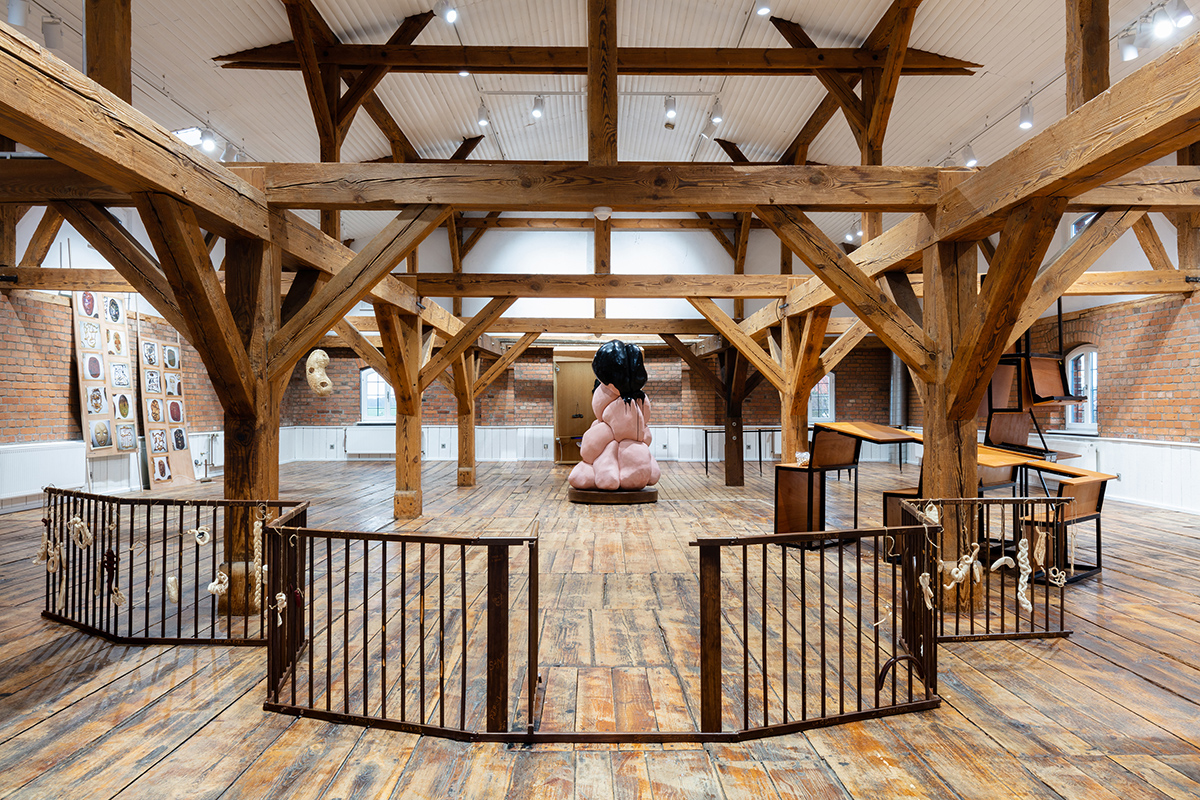 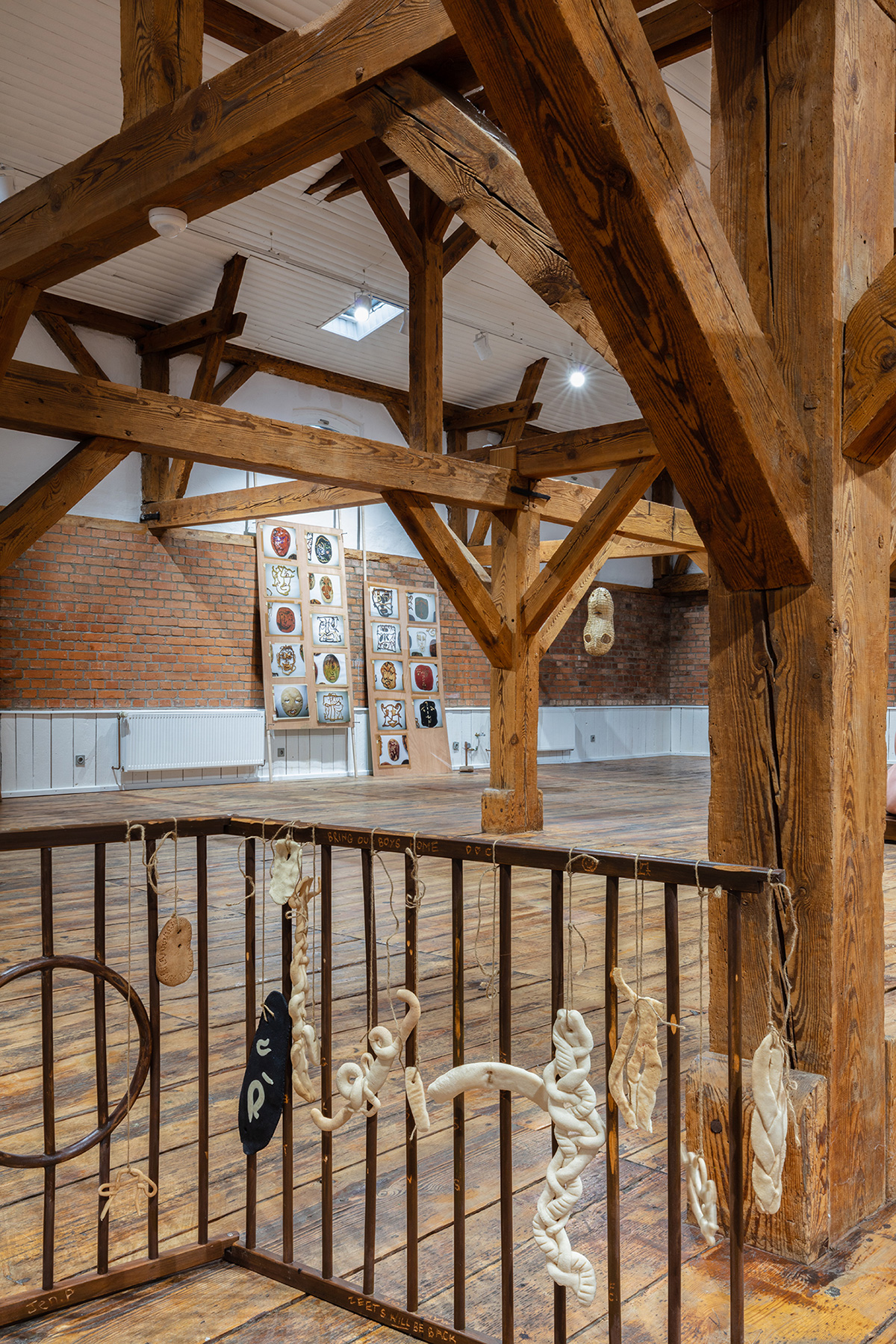 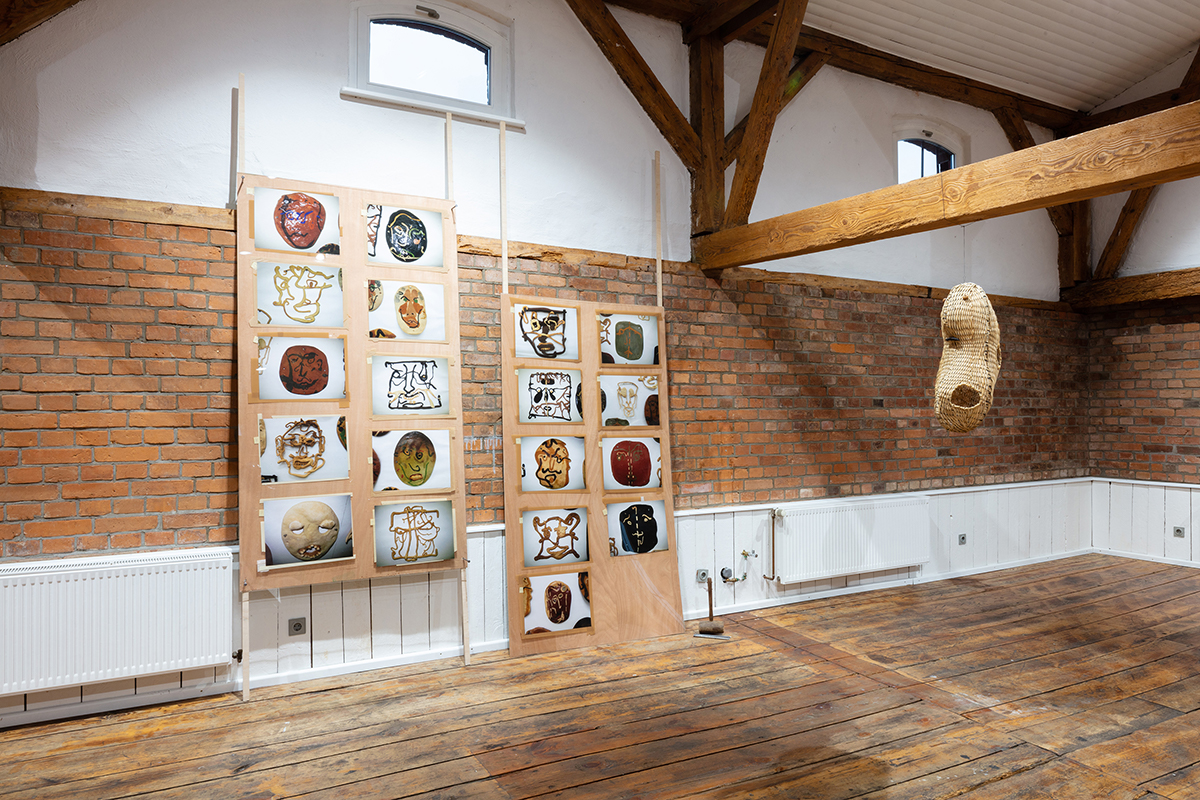 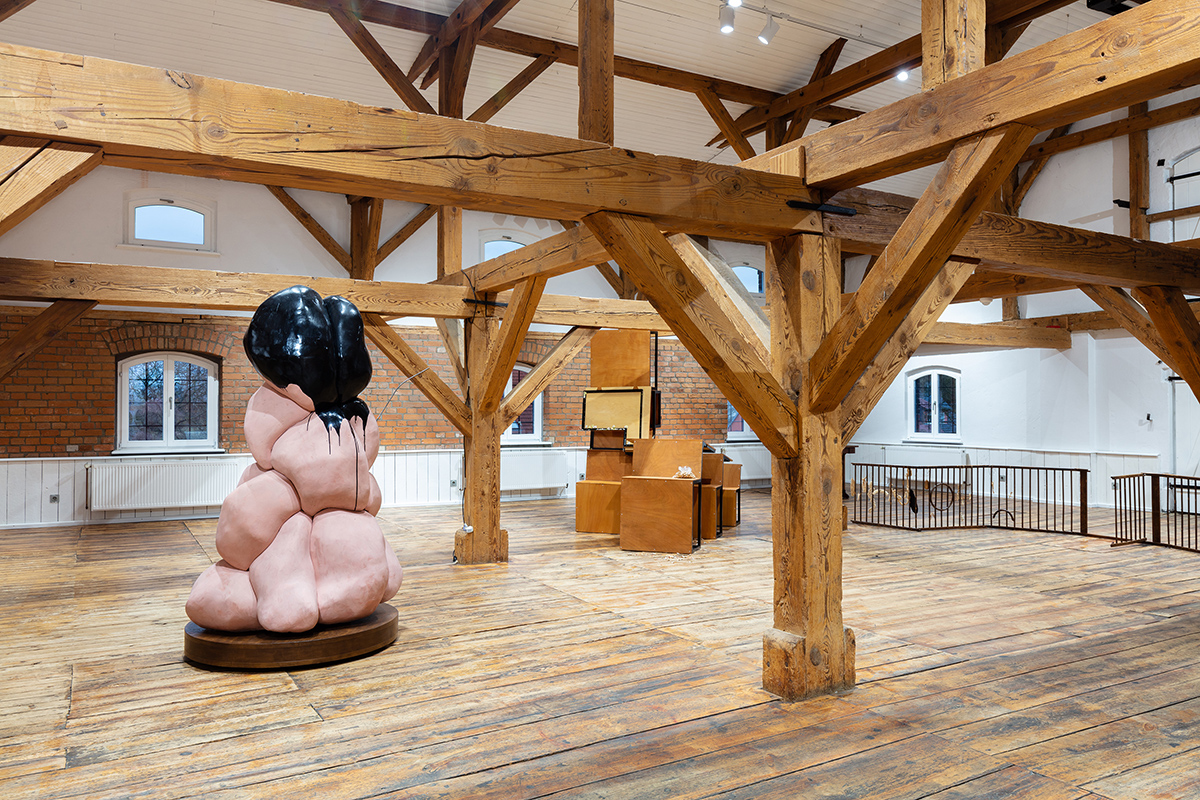 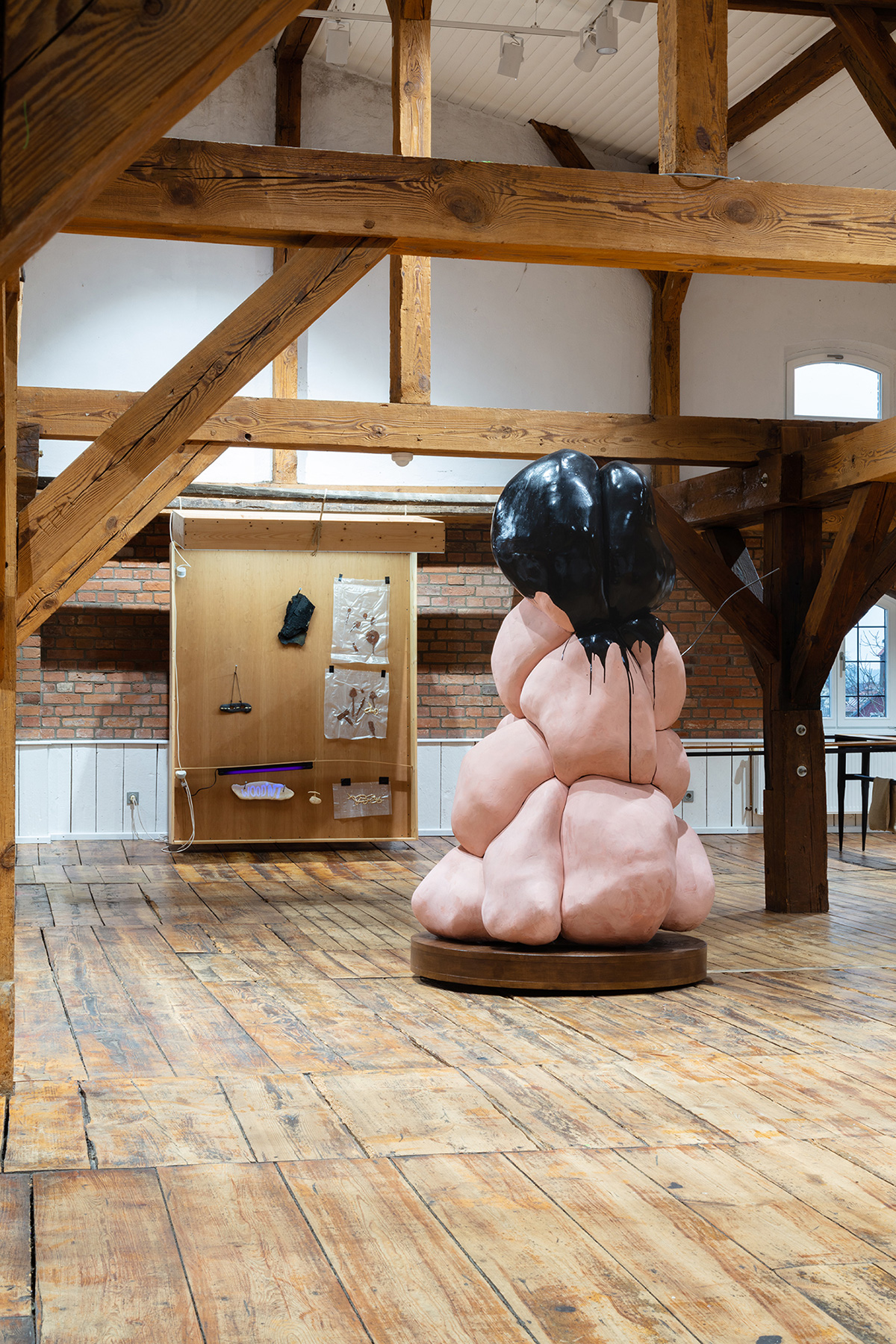 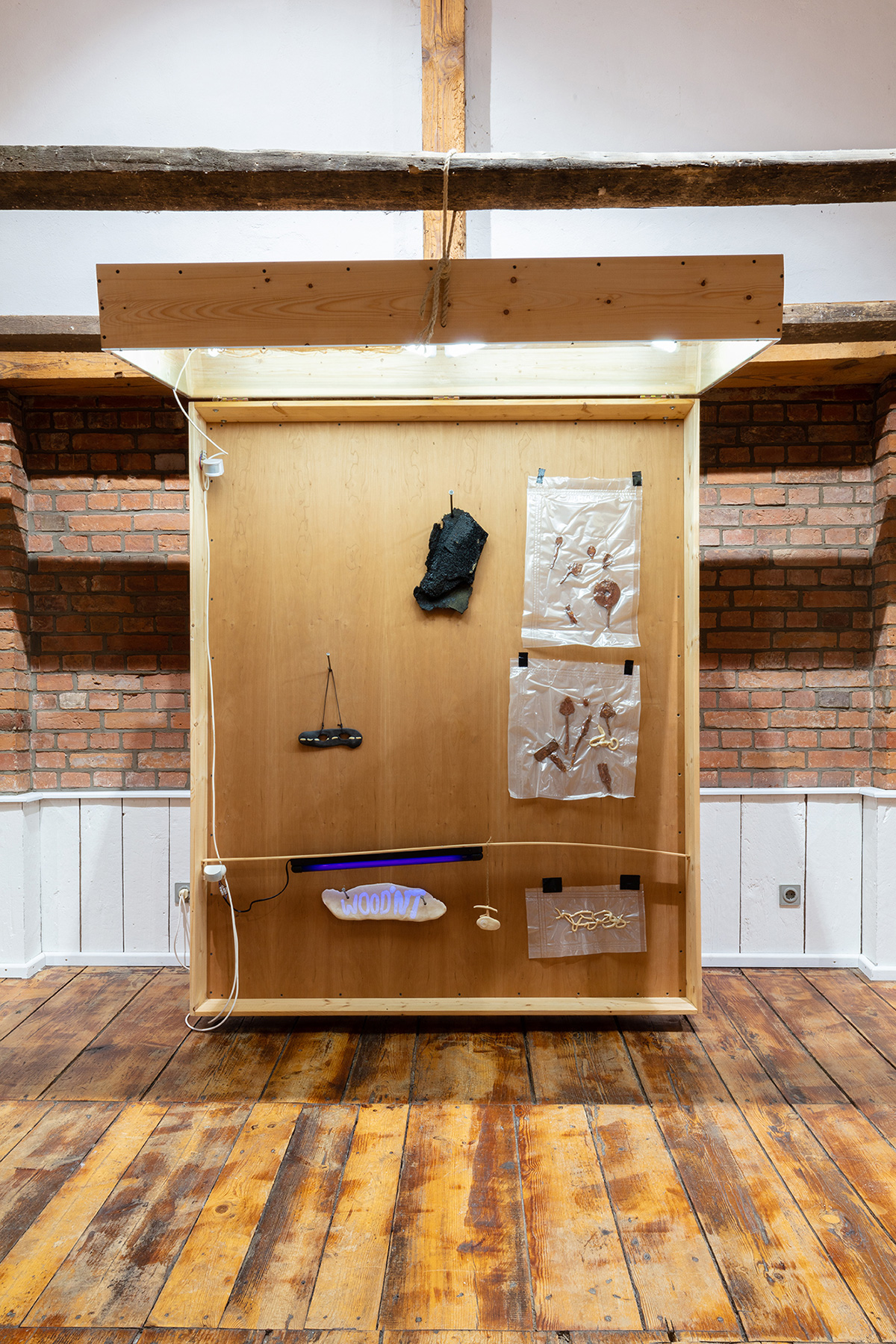 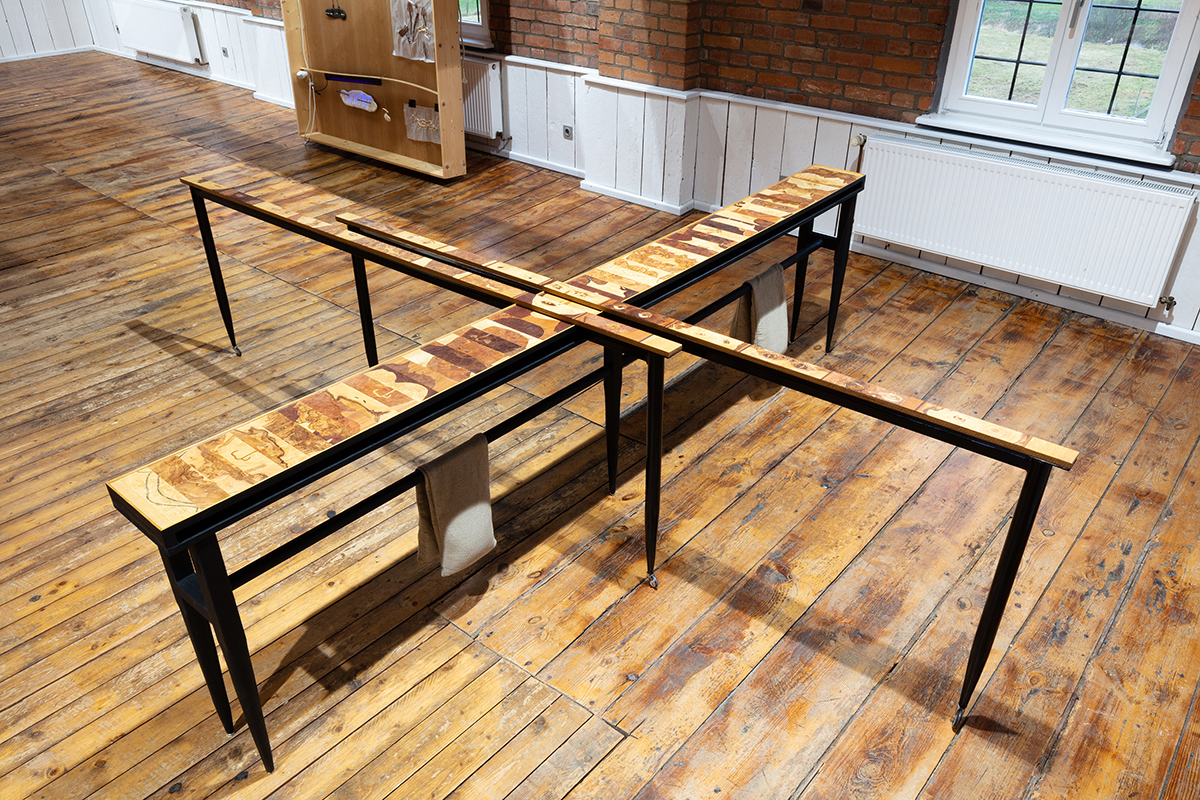 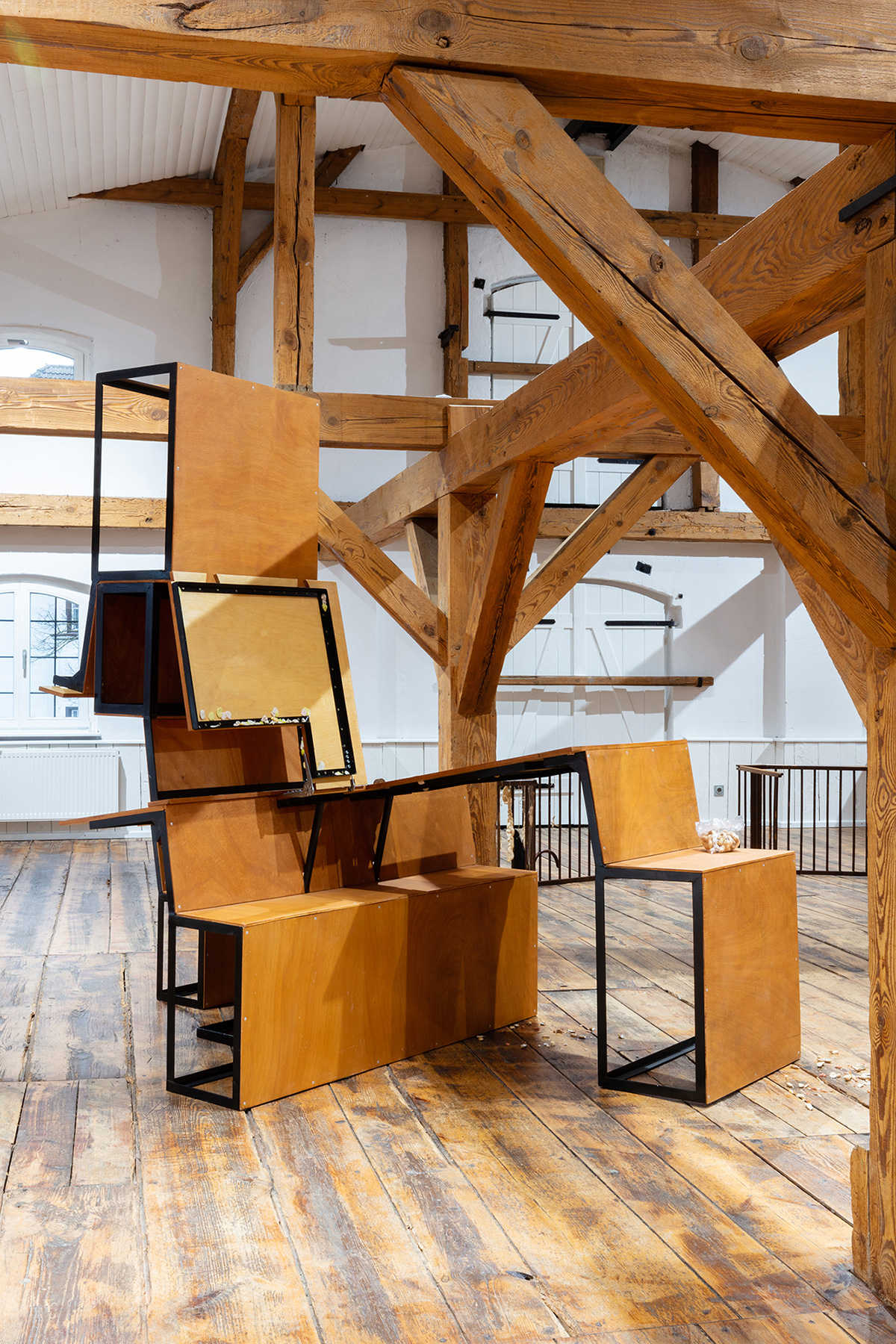 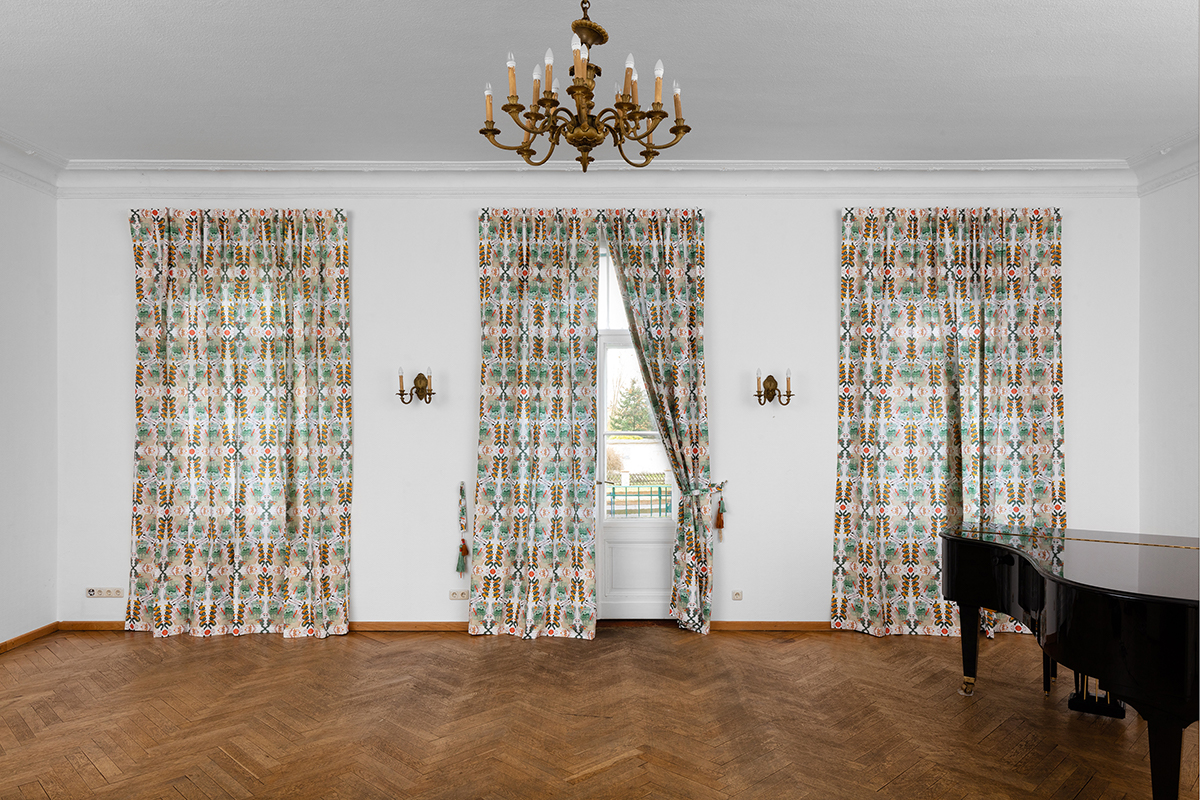 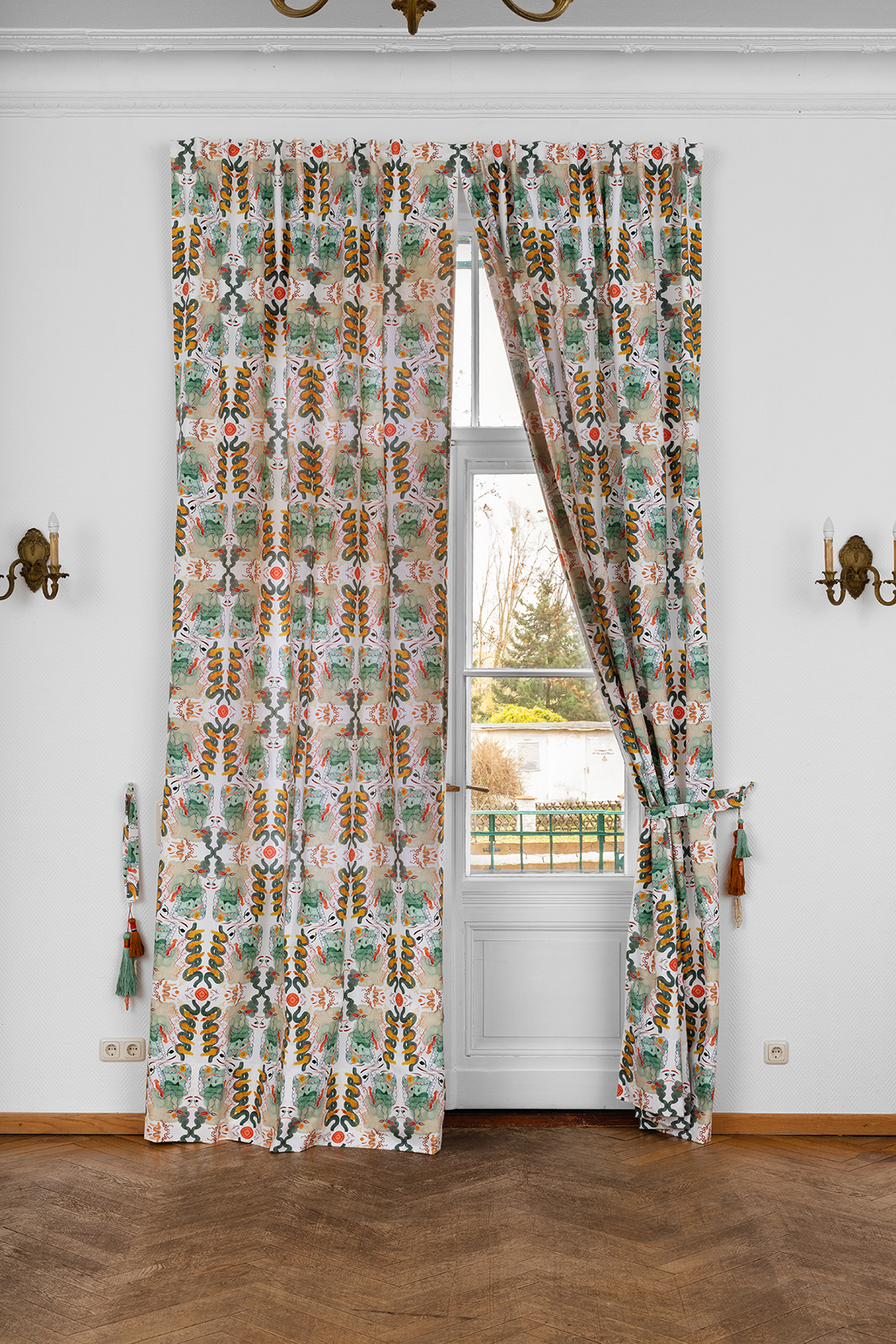 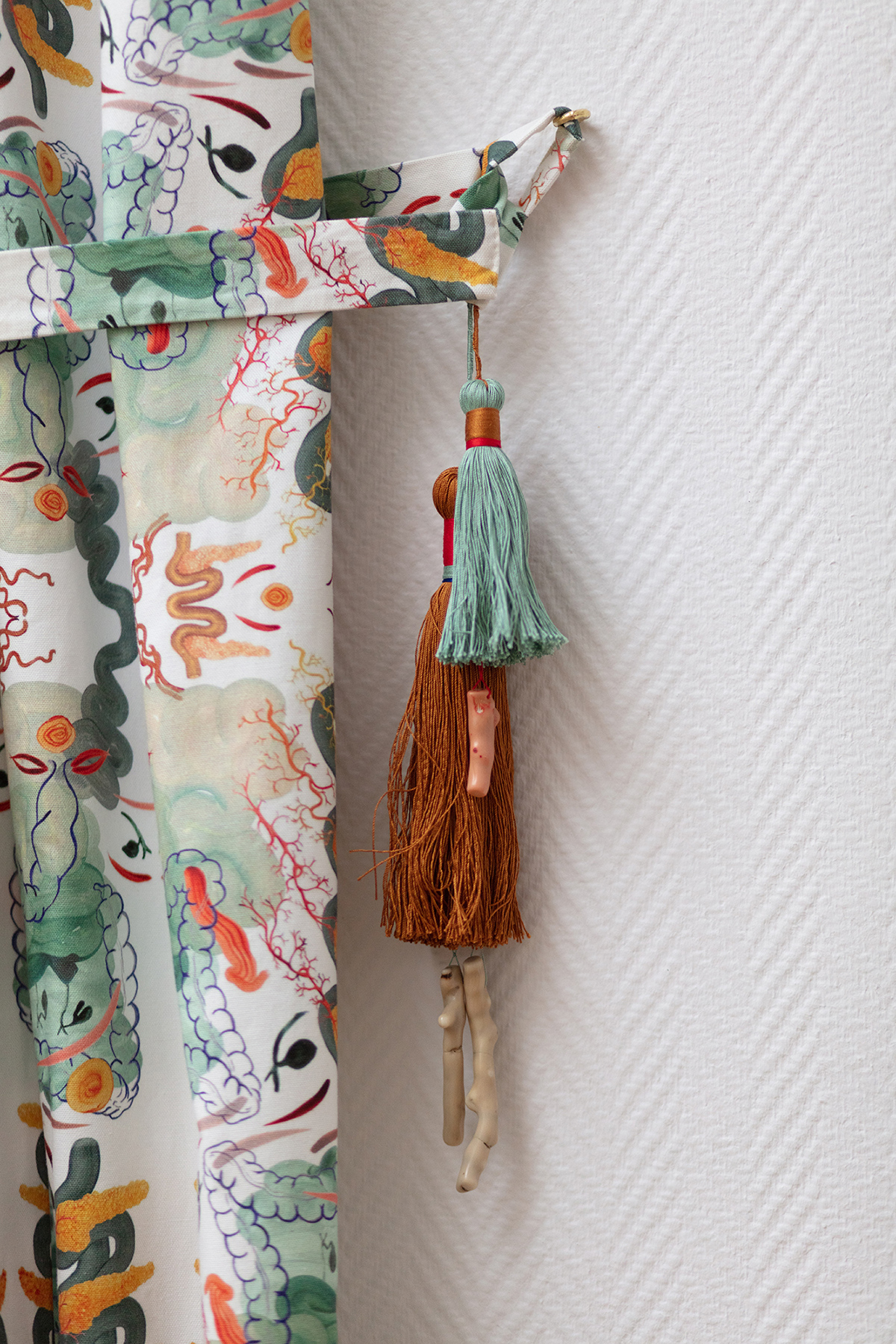 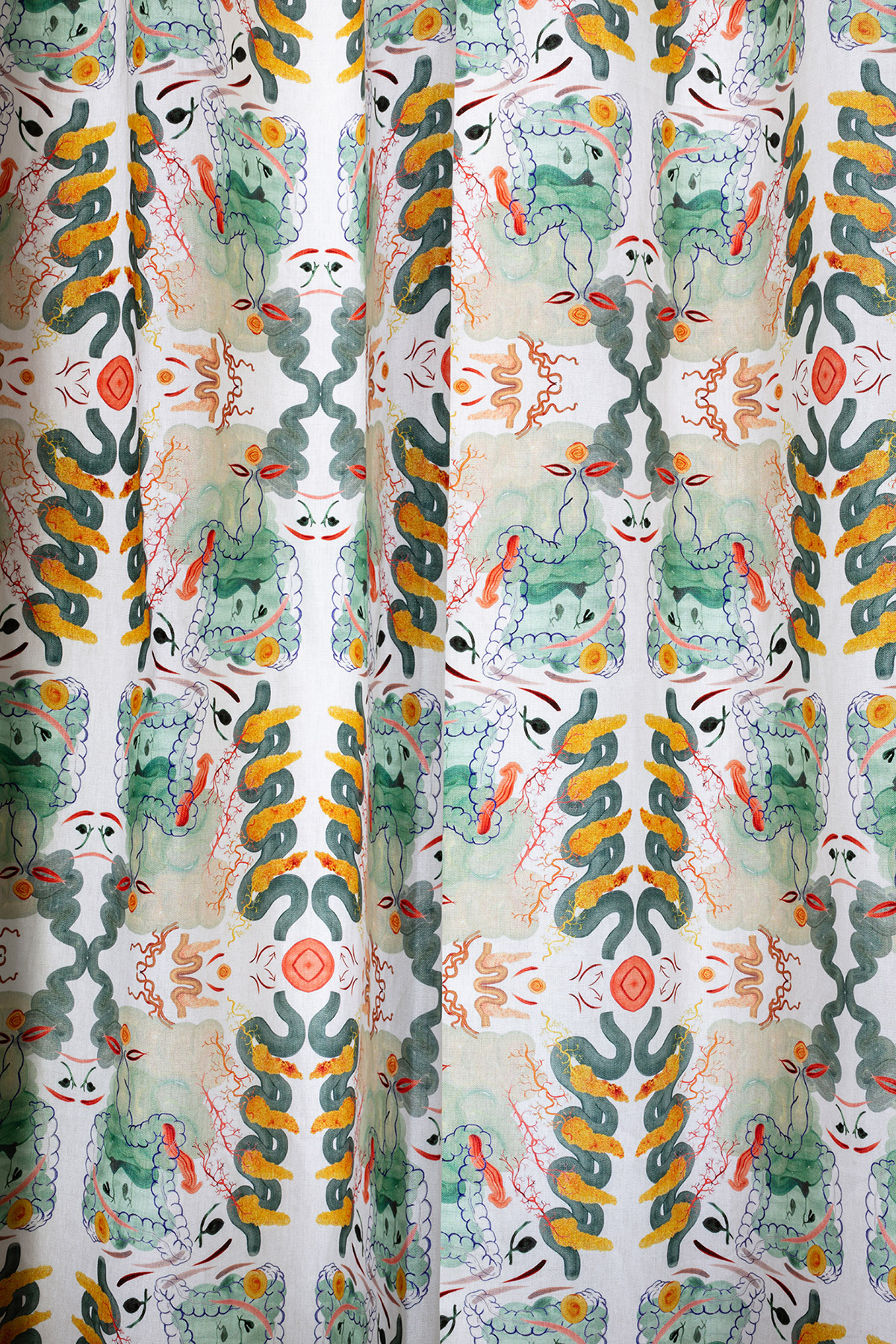 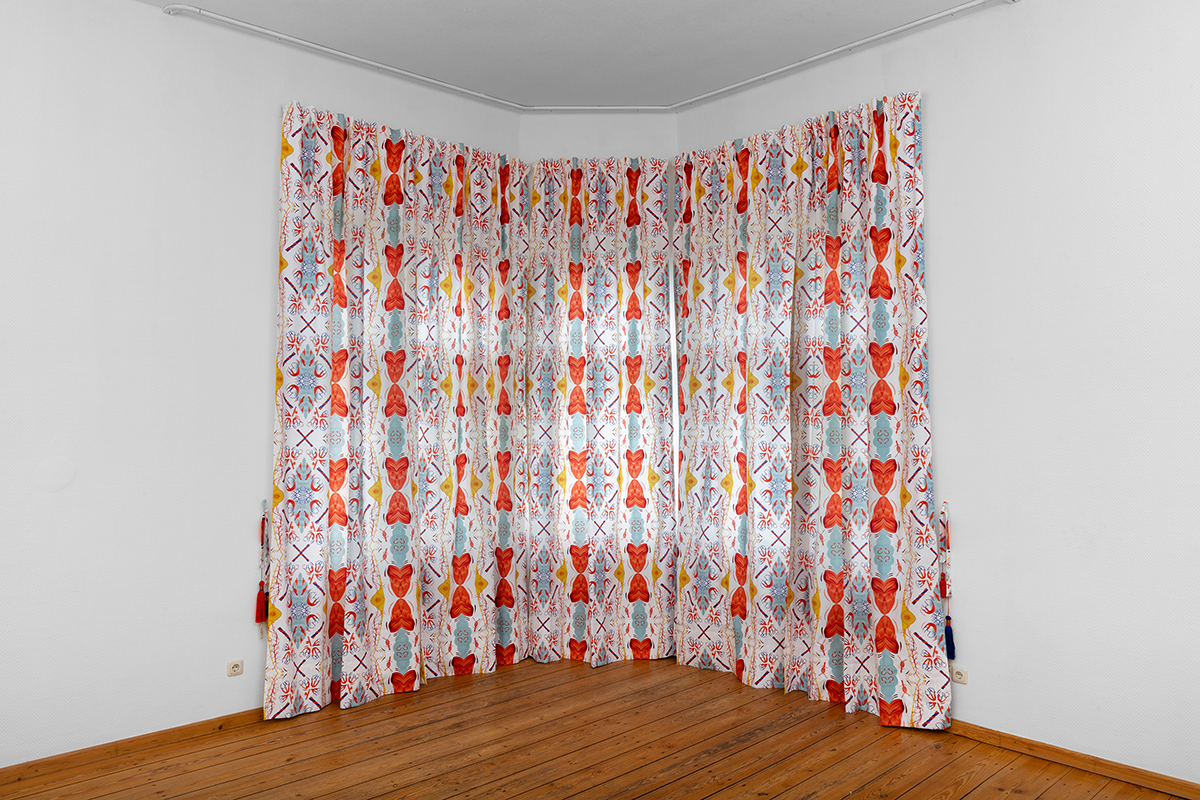 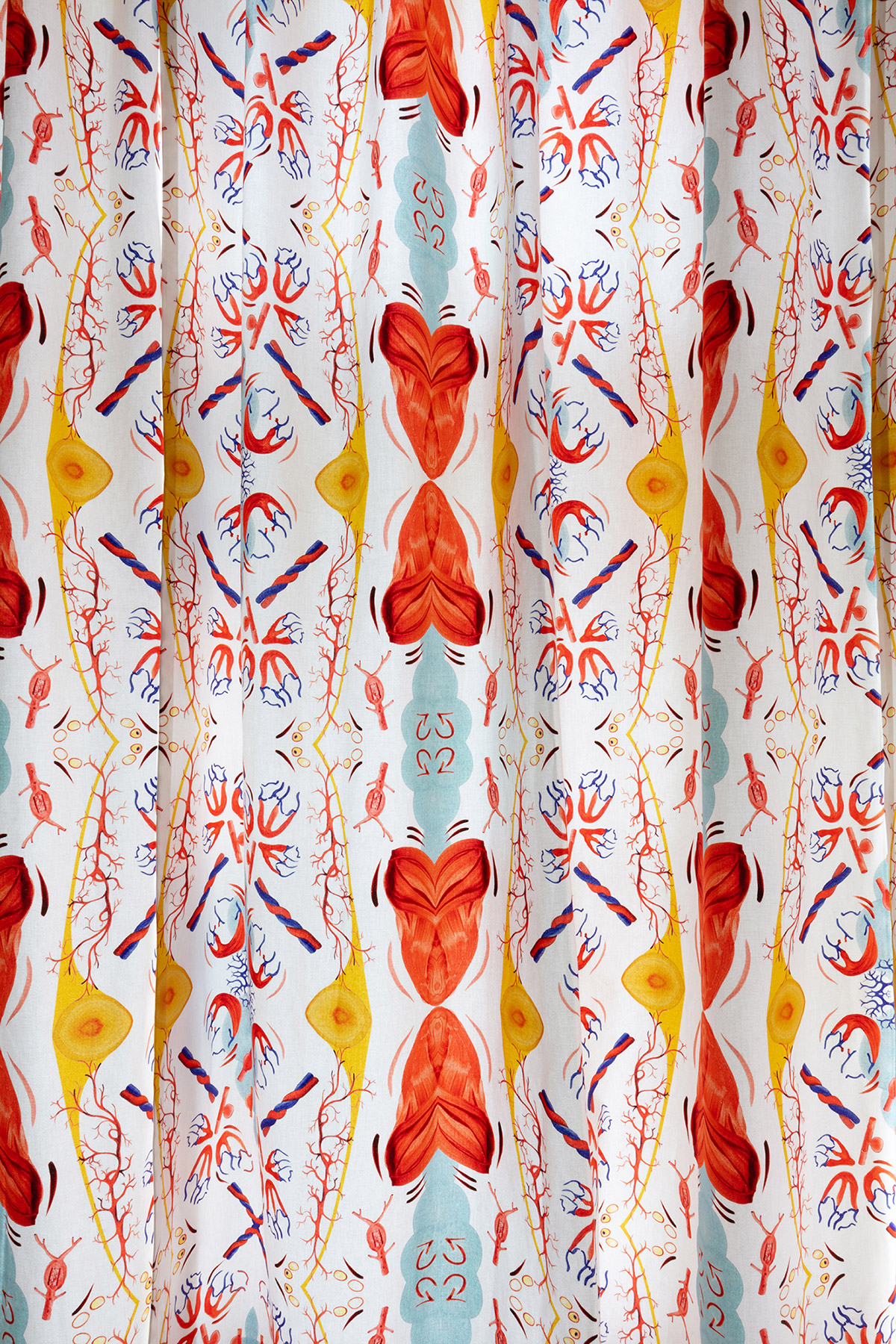