With Ruhr Ding: Klima, Urbane Künste Ruhr is showing 21 art projects in public spaces in the cities of Gelsenkirchen, Herne, Recklinghausen and Haltern am See. The exhibition focuses on global warming as well as on the social climate that accompanies our current situation.

For Ruhr Ding: Klima, Fudakowski  made a new episode of her on-going film project Word Count: The Errant Professor which was filmed in various Ruhr region locations. All episodes (1-8)  in the series will be shown during the exhibition taking place at the Blumenthal coal mine, in the former washrooms.

Alongside this new episode, Kasia Fudakowski developed a new piece for the Silbersee II lake, based on her long-term project Continouslessness initiated in 2017. Continouslessness is composed of various elements resembling screens that were created in recent years in the scope of invitations to different art institutions; they may stand alone or be combined to create a large installation. Her project “Climate Changing Room” consists of five rounded arches in the form of a changing room, positioned along the boundary between the regular beach and the nudist area. Welded from tubular steel, the ornamental frames have a few movable fig leaves that can be aligned to minimally cover intimate areas. 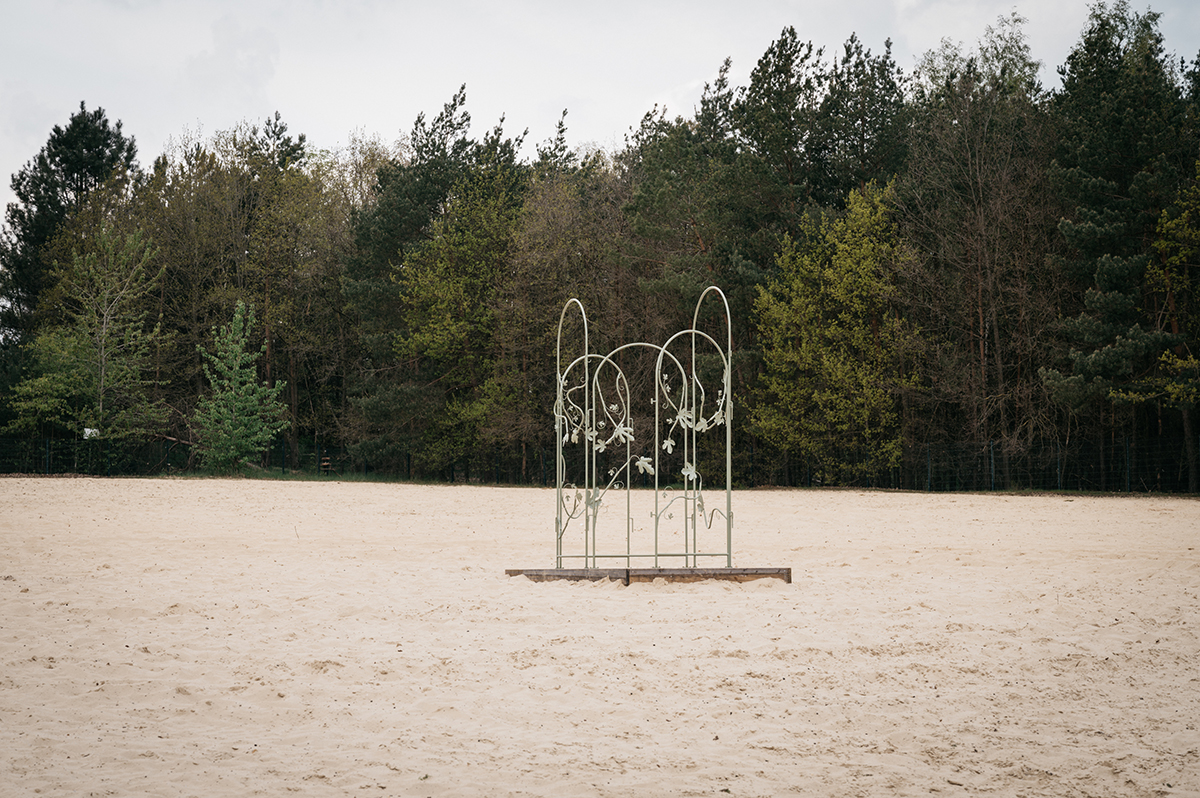 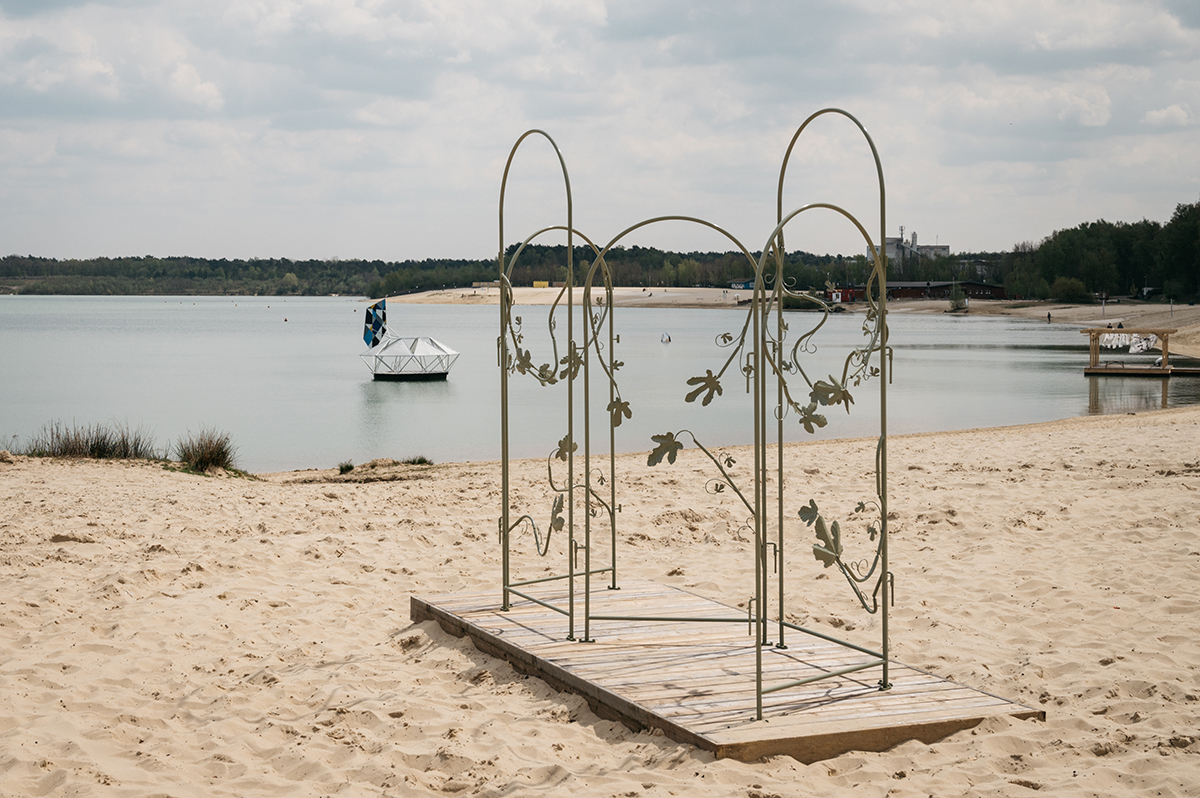 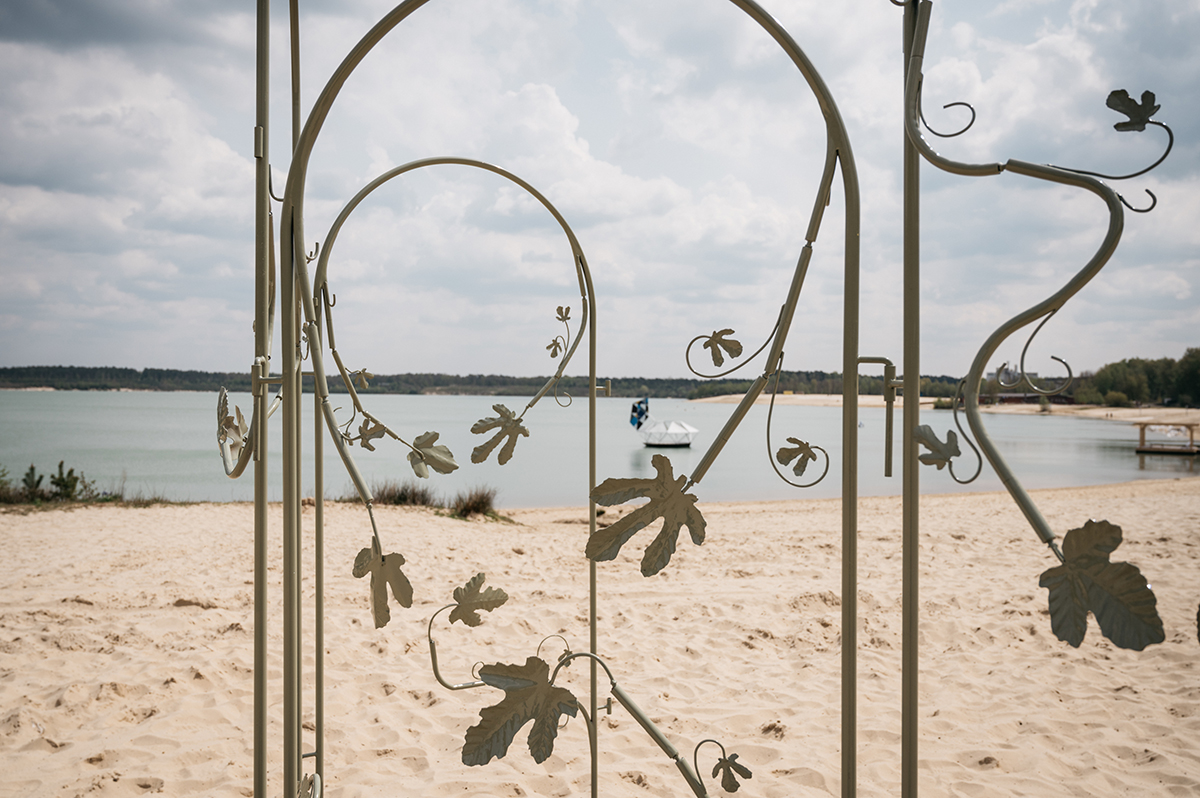 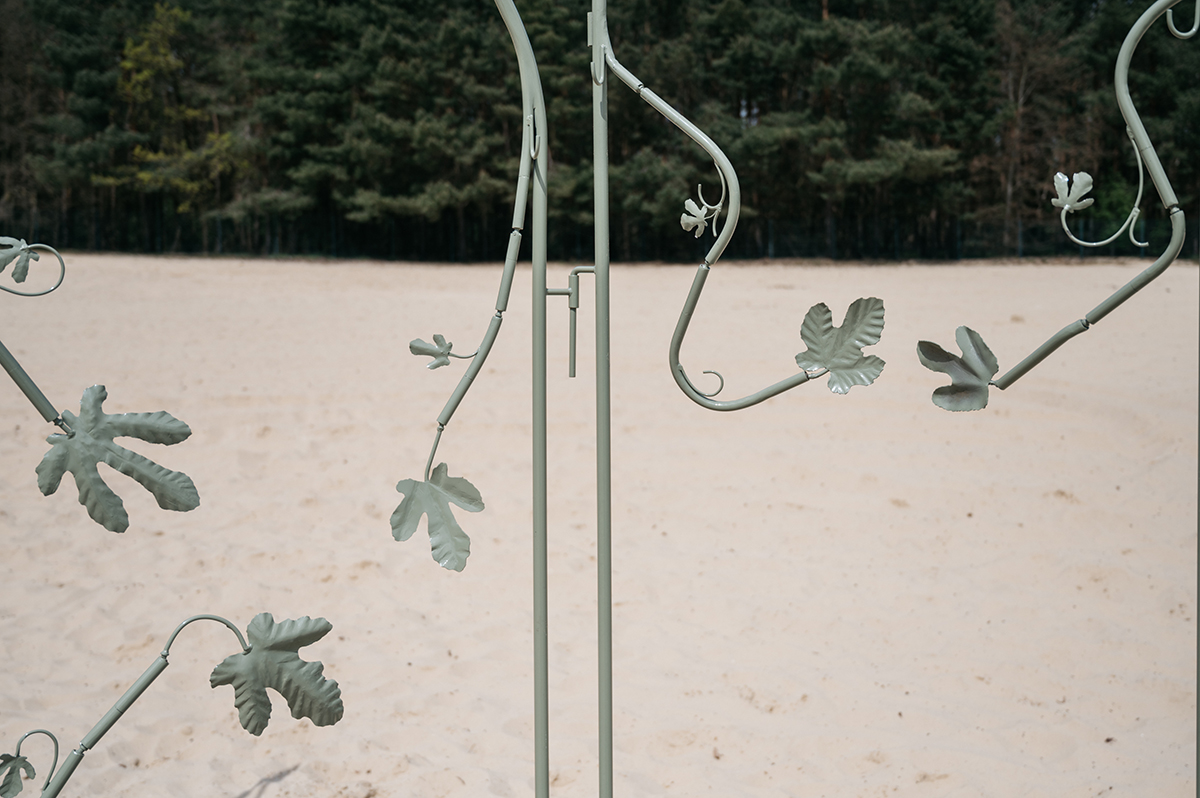 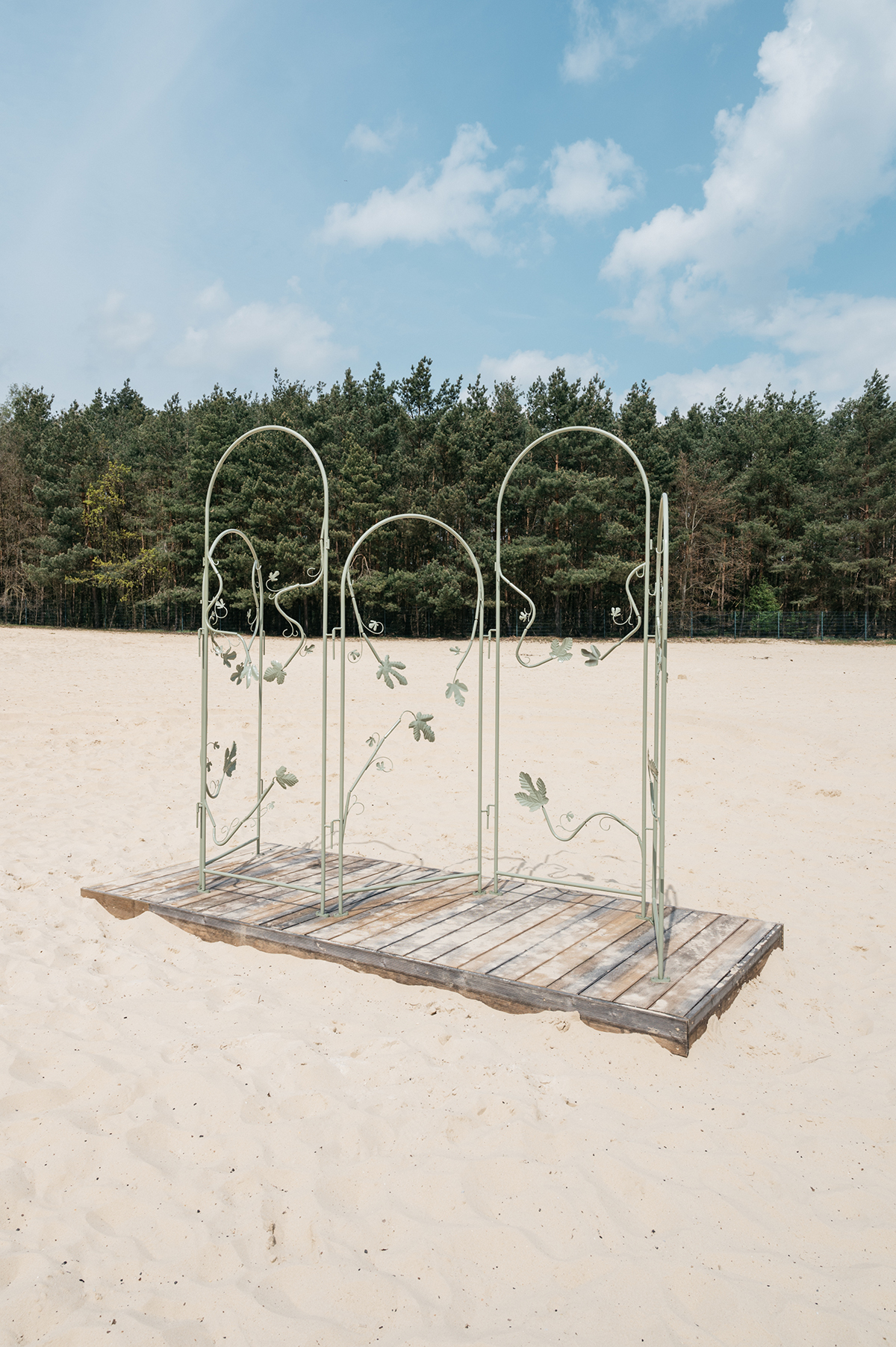 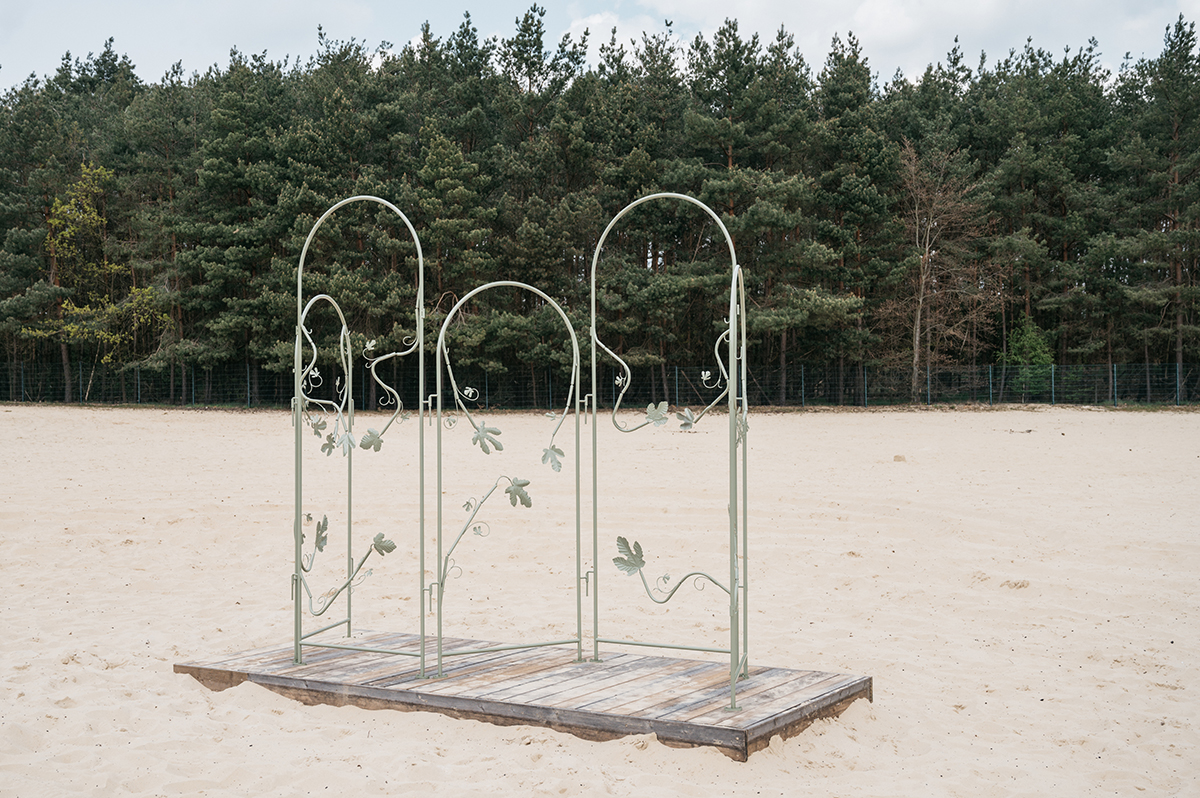 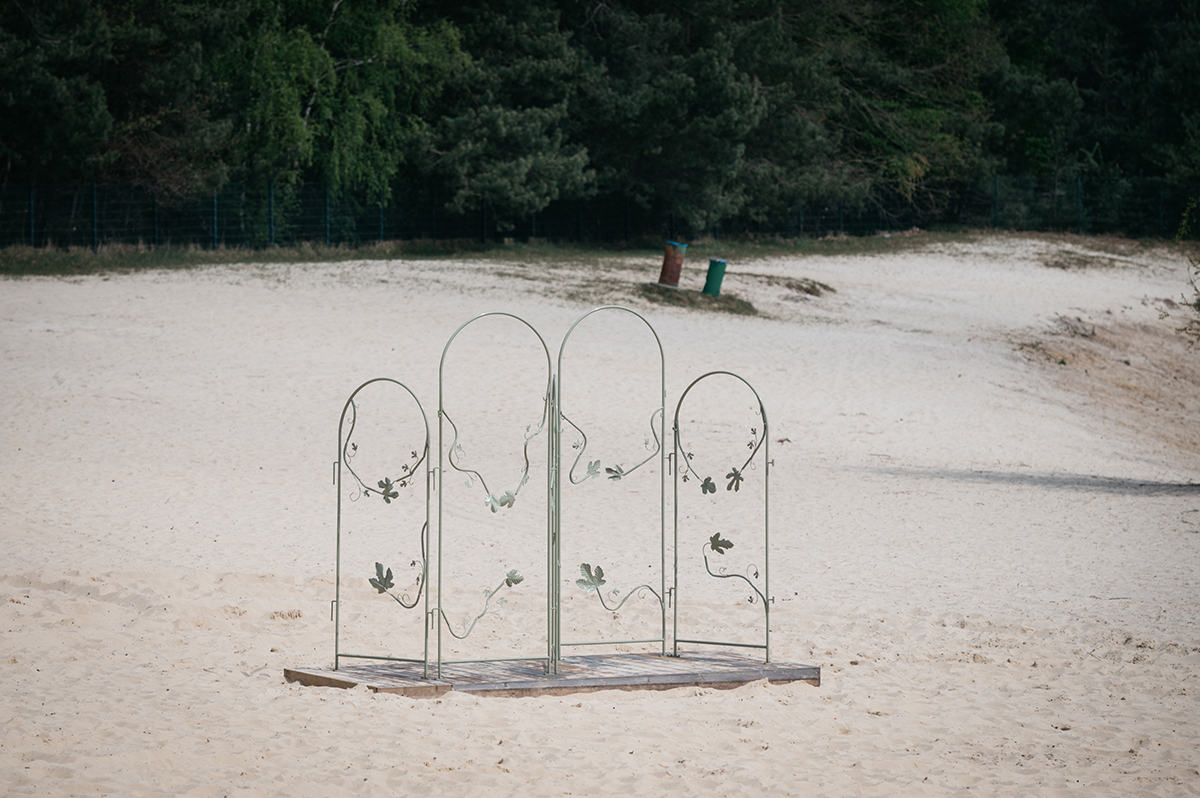 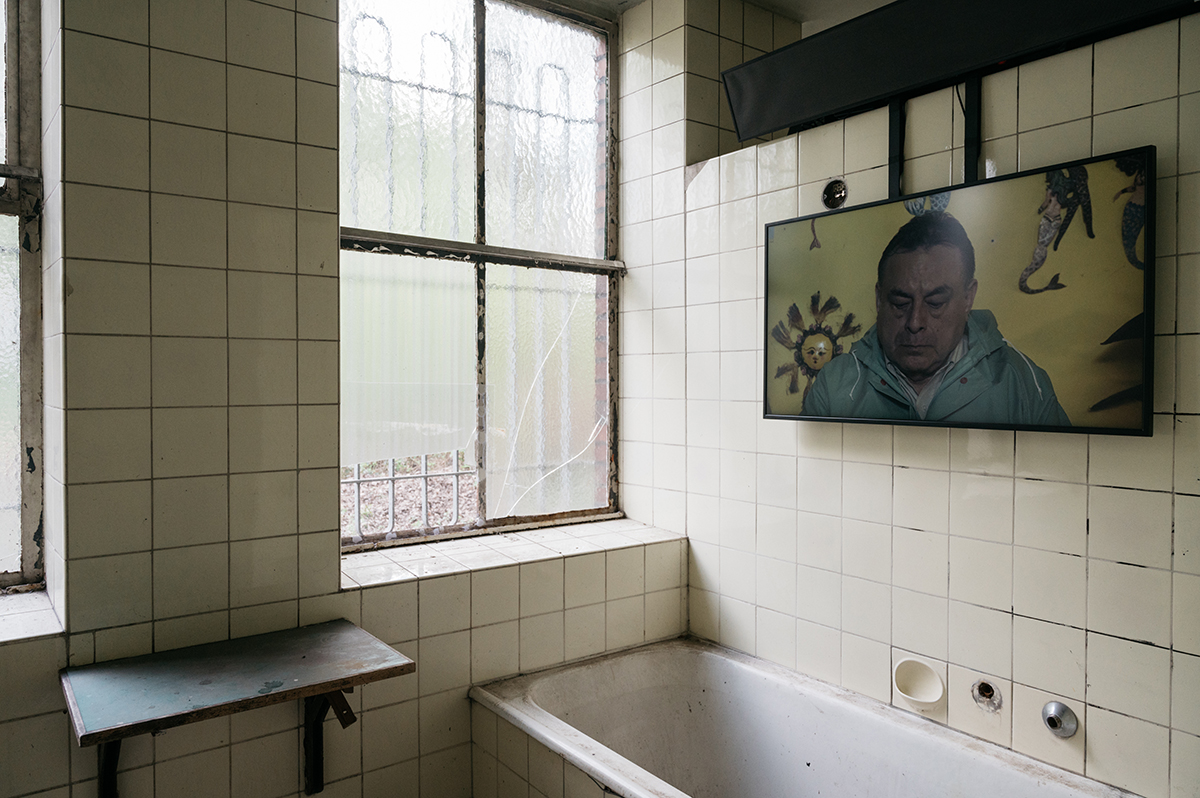 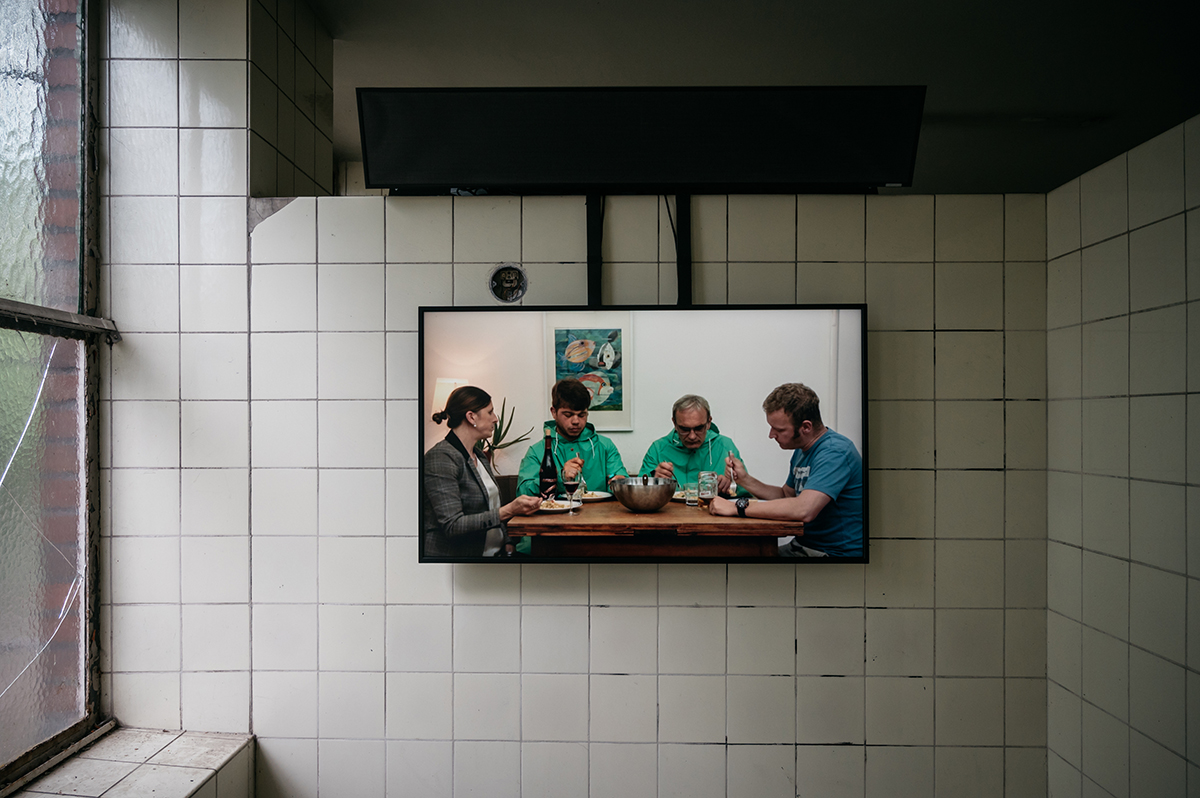 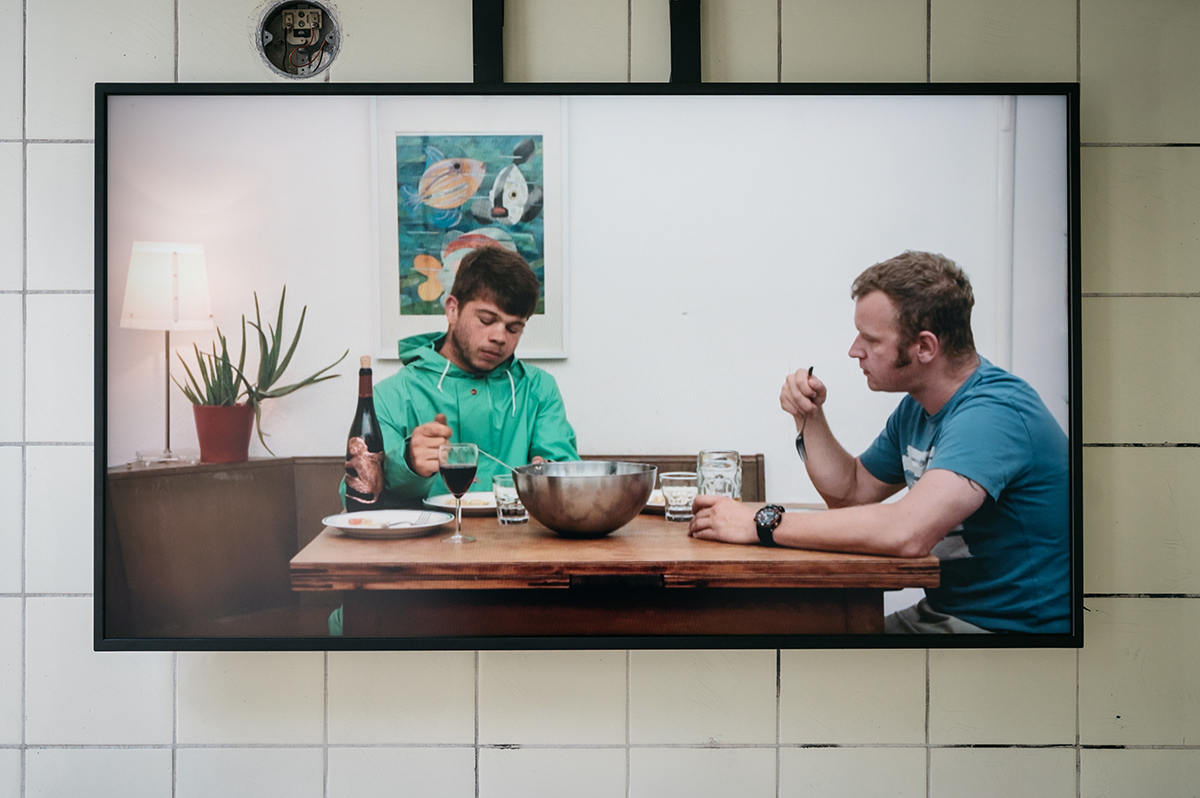 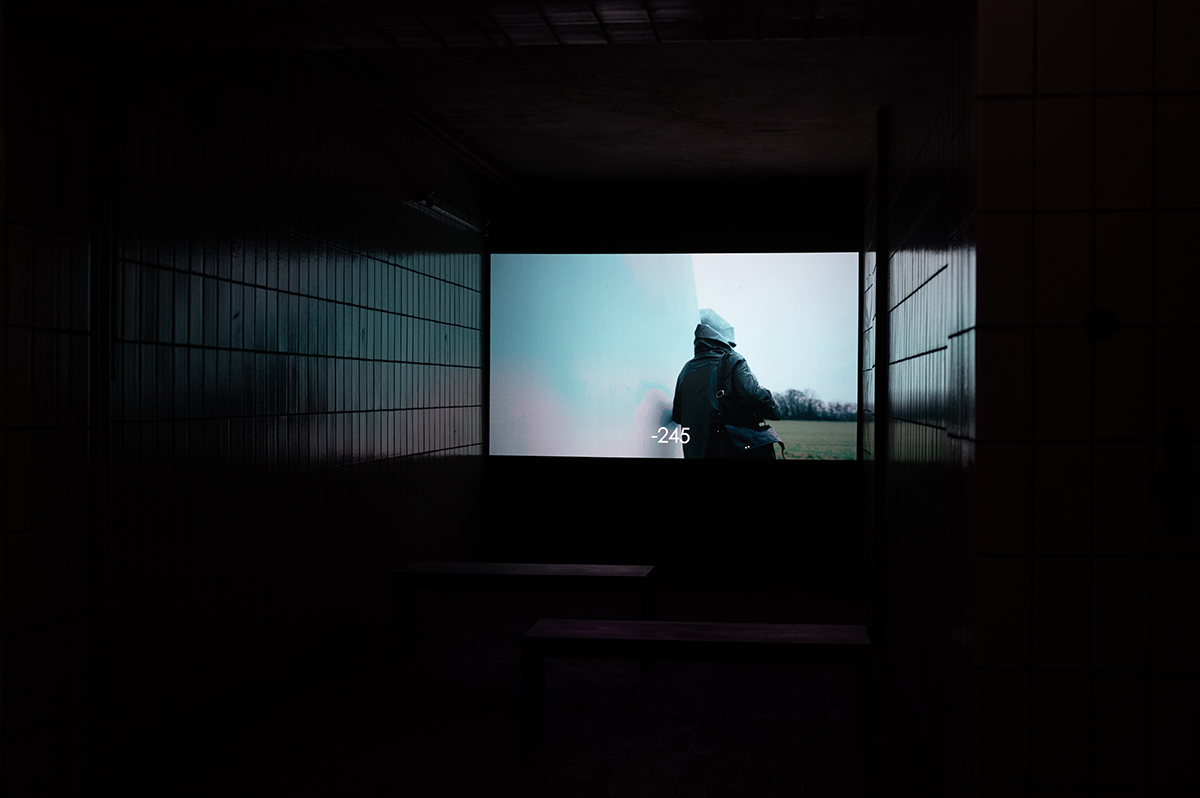 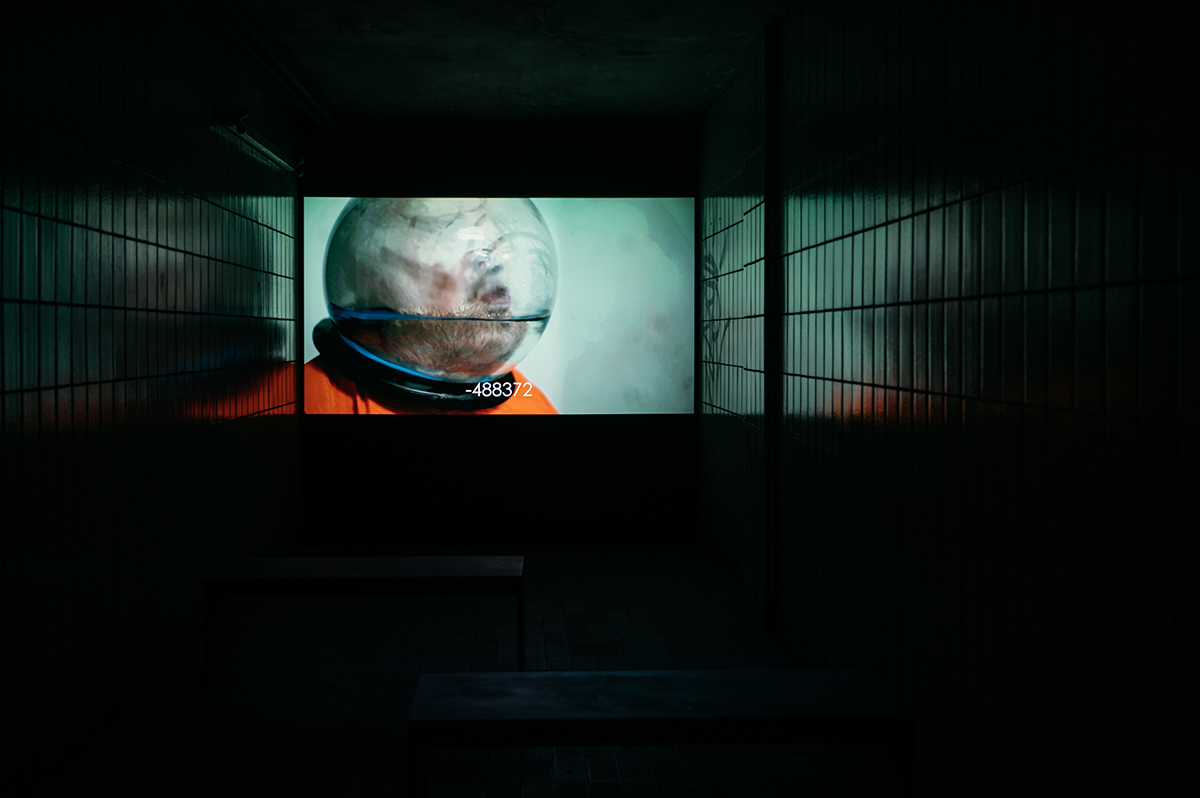 All Photos by Daniel Sadrowski