The exhibition series Cracking Up and Staging Down sees itself as an opportunity to work out modes of functioning of humor and its staging. Over the course of four weeks, Cabaret Voltaire examined the extent to which the cross-border, social and critical potential of laughter and comedy (still) functions. Every Tuesday for one week, actors from different artistic backgrounds occupied the historic hall with props, traces, works, their insights and documentations.

In the first act, Tickle and Tackle Stand Up, Kasia Fudakowski and Francesca Hawker looked backstage and exposed rituals and rules. Fudakowski focuses on the “Joke Gap” through the life and roles of comedian and actress Elisabeth Wellano, aka Liesl Karlstadt (1892-1960). “A joke can be seen as expendable social capital. Historically, a woman had to establish herself as respectable before she could invest in a joke.” At Cabaret Voltaire, Fudakowski also displayed research materials and props that will be activated as a performance in June, 2022.

From the press release of Cabaret Voltaire. 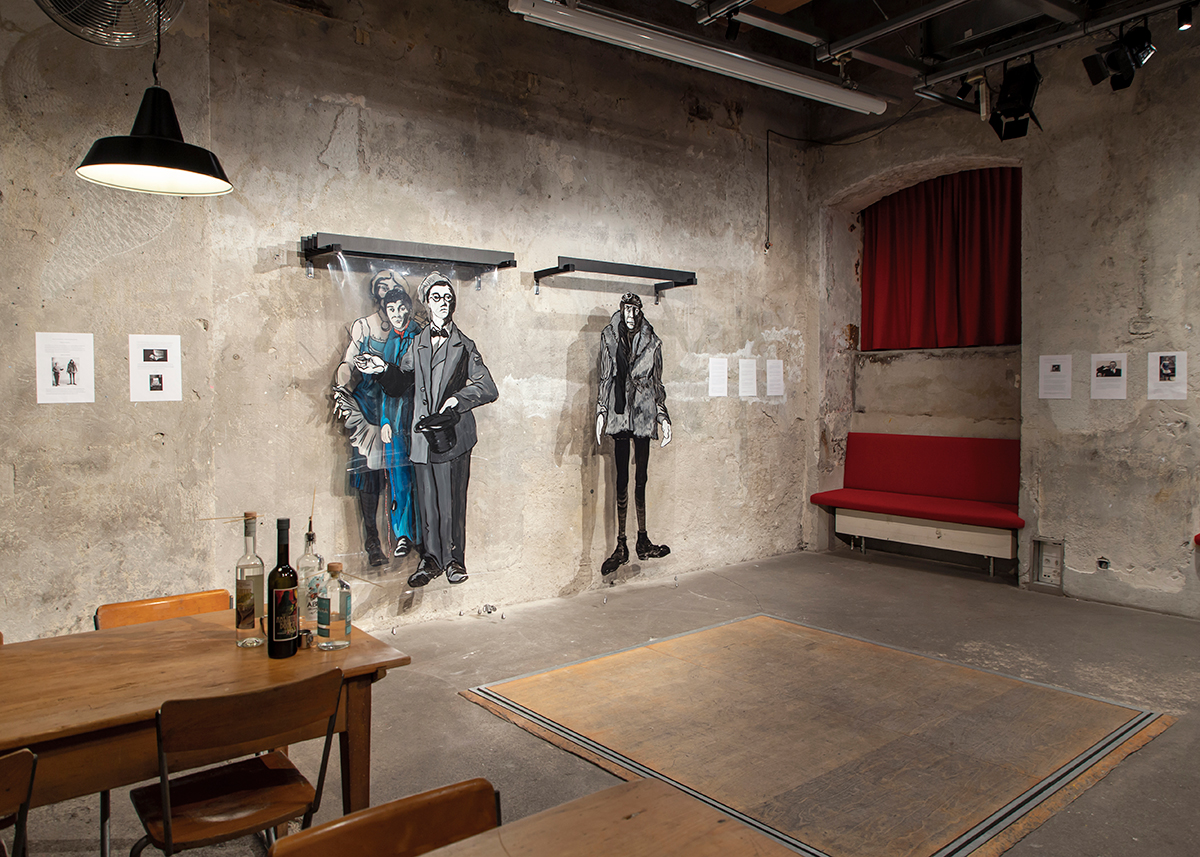 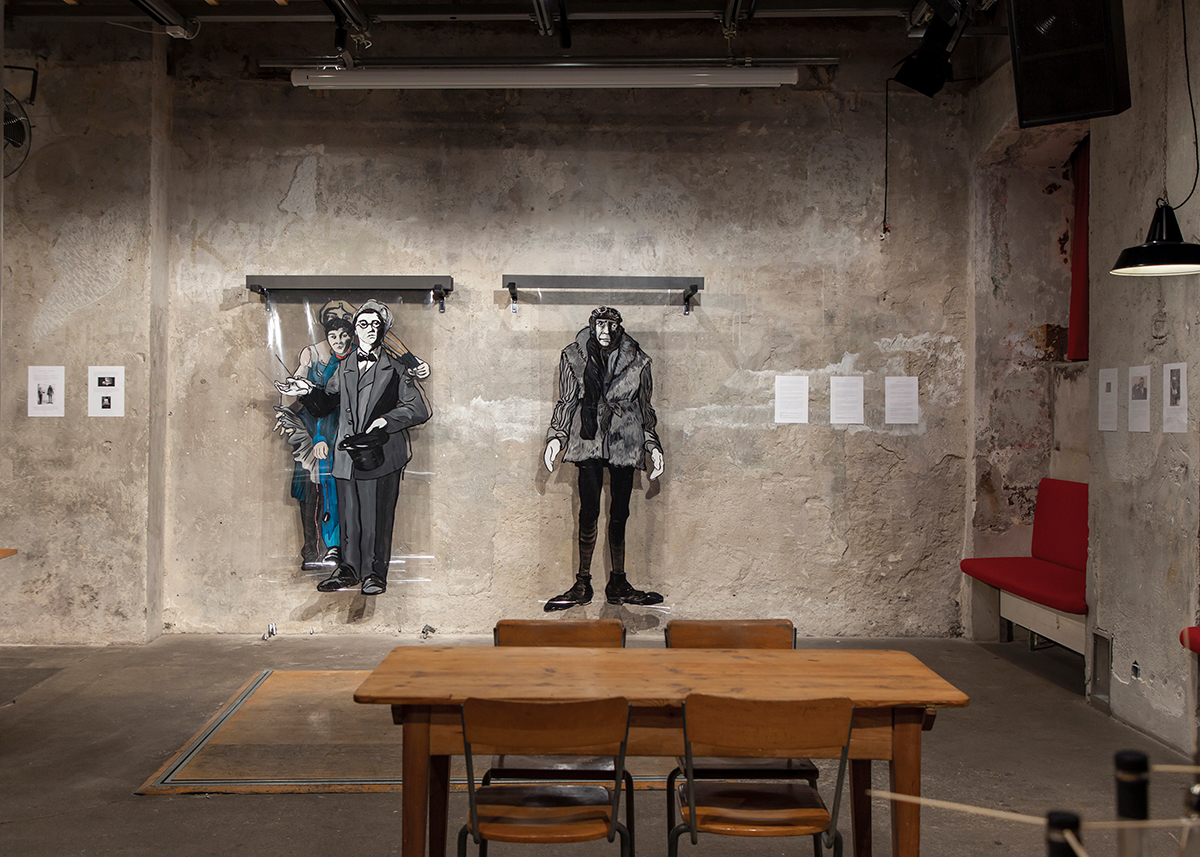 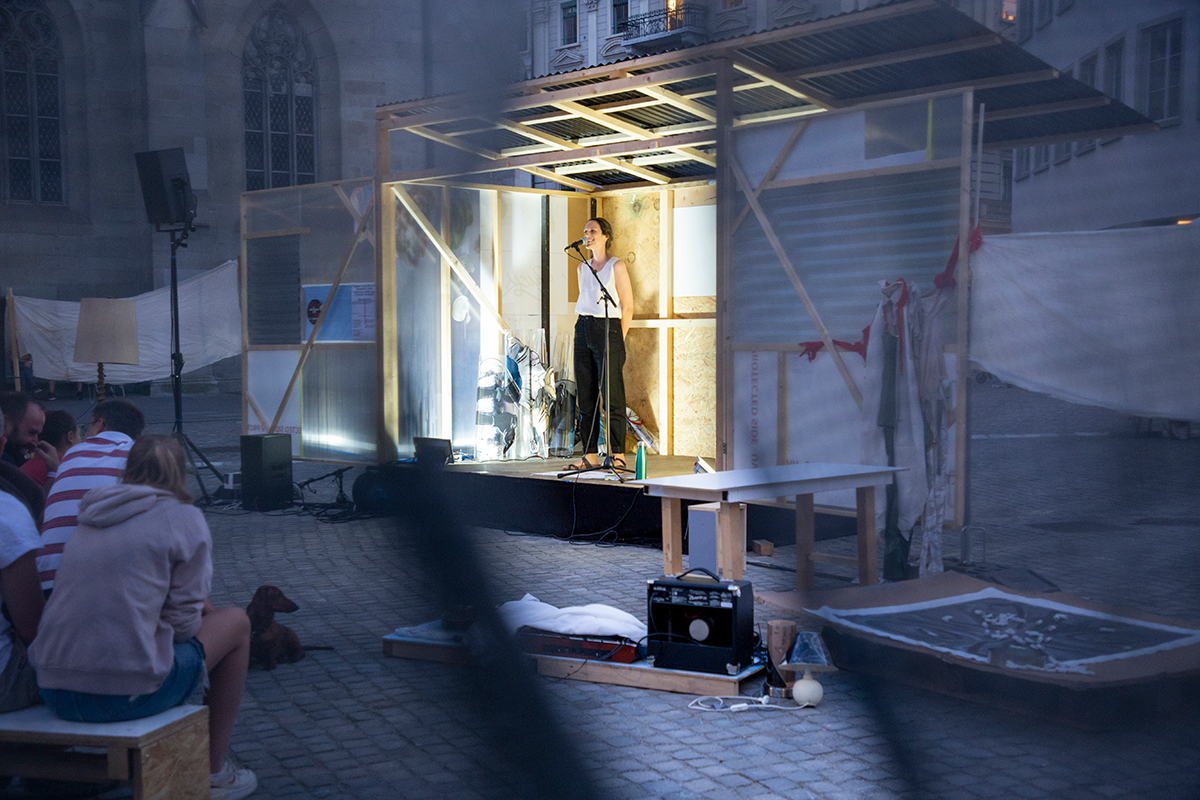 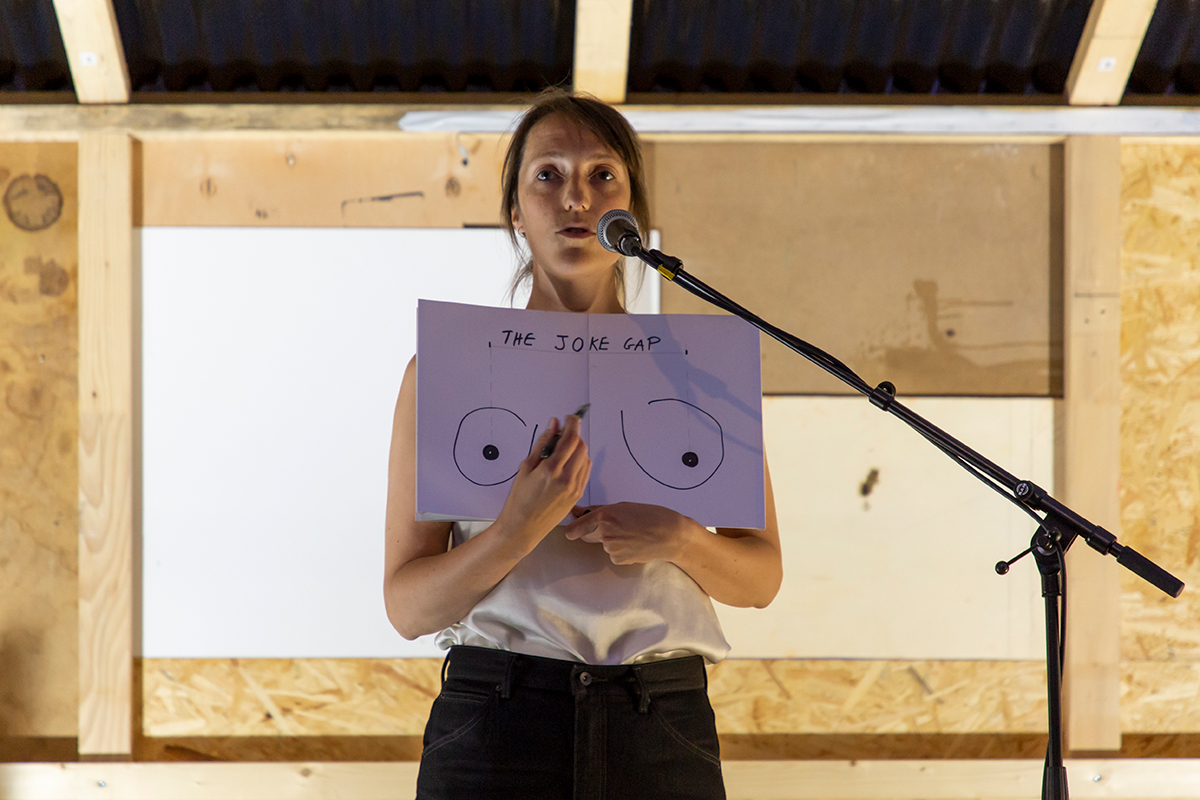 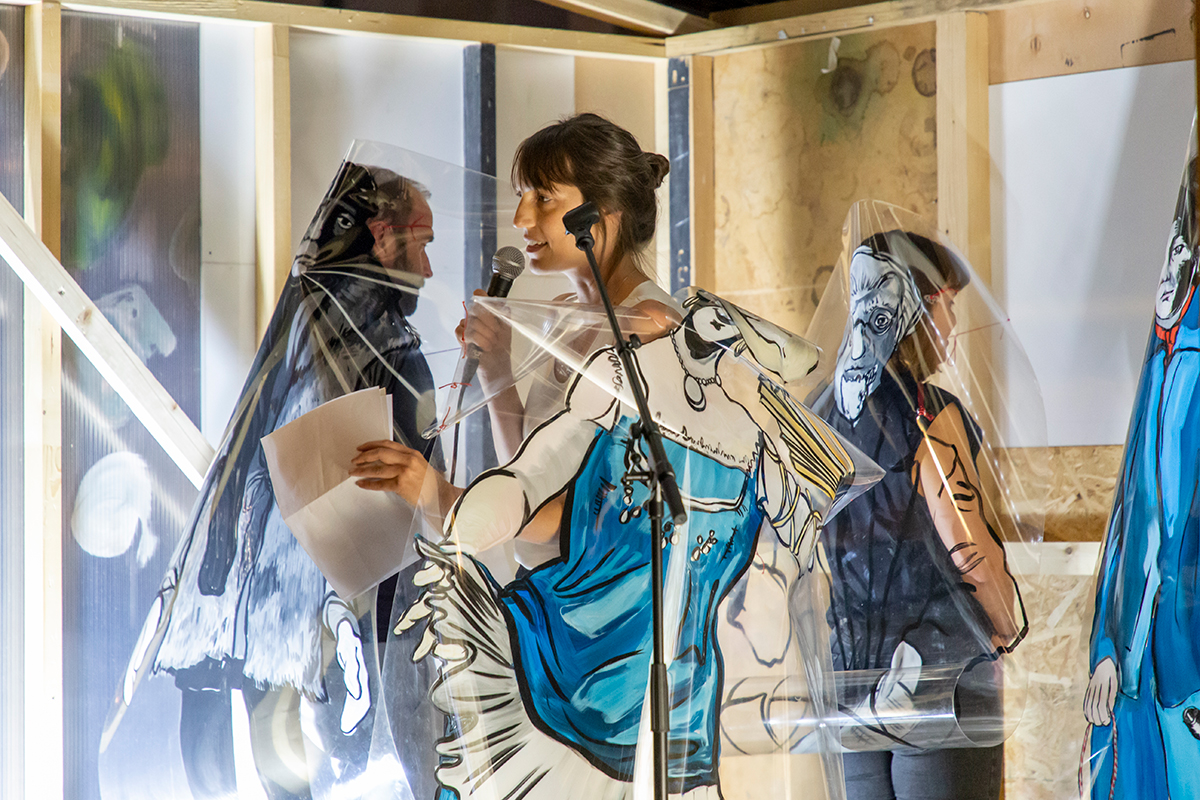