The Very Hungry was realized in August/September 2019 at the project space Horse & Pony in Berlin. This narrative installation mobilizes the scenario of the French queen’s execution at the end of the 18th century – historical event as well as constructed image even as it happened – in order to reflect upon transformational potentials in the present. The aristocrat, born into privilege, channeled her philosophical ideas and wishes for personal development into sophisticated consumption and aesthetic projects. In doing so, she prefigured the dilemma of today’s profiteers of global power relations who seek to reconcile longings for change with a fear of loss. A painting in the front room shows the Hameau de la Reine, the ornamental village the queen had built for herself in the park of Versailles –the pinnacle of artificiality and simultaneously an attempt to materialize genuine and egalitarian living conditions. At the center of the installation, the guillotine is an ambiguous image to be read as both execution device and portal. If this gateway promised a new world on the other side of its lunette, the queen would have belonged to those who had tried to imagine this other world. The impossibility to get there alive is also a blindness of the inner eye which fails to really see it. Like the “very hungry caterpillar”, the corrupted imagination keeps envisioning the path to metamorphosis as an extention of the amusement park wherein new sceneries of innocence – a stone age paradise, the abandoned babies Romulus and Remus (unsuspected carriers of the Roman empire’s seed) – replace the village. 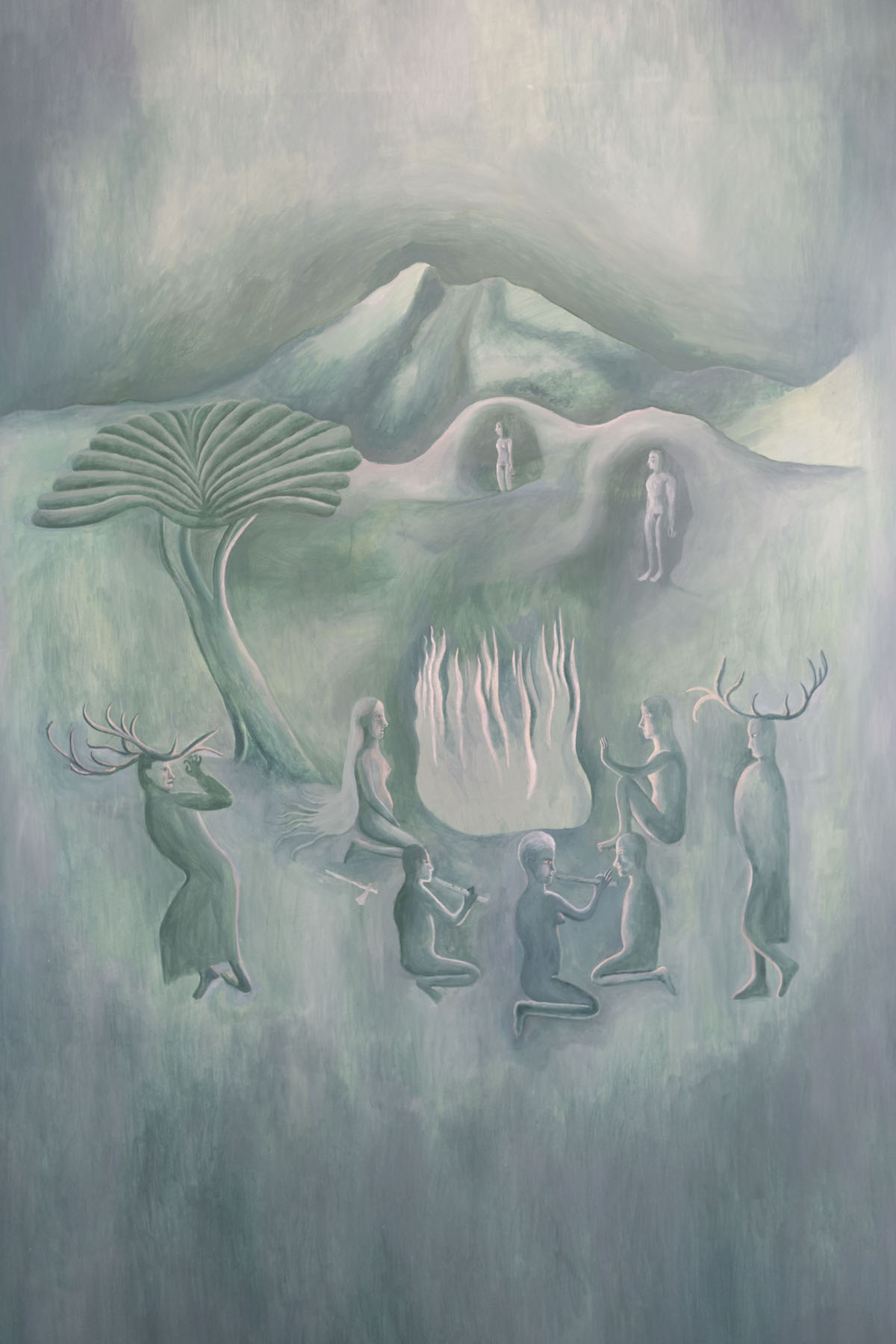 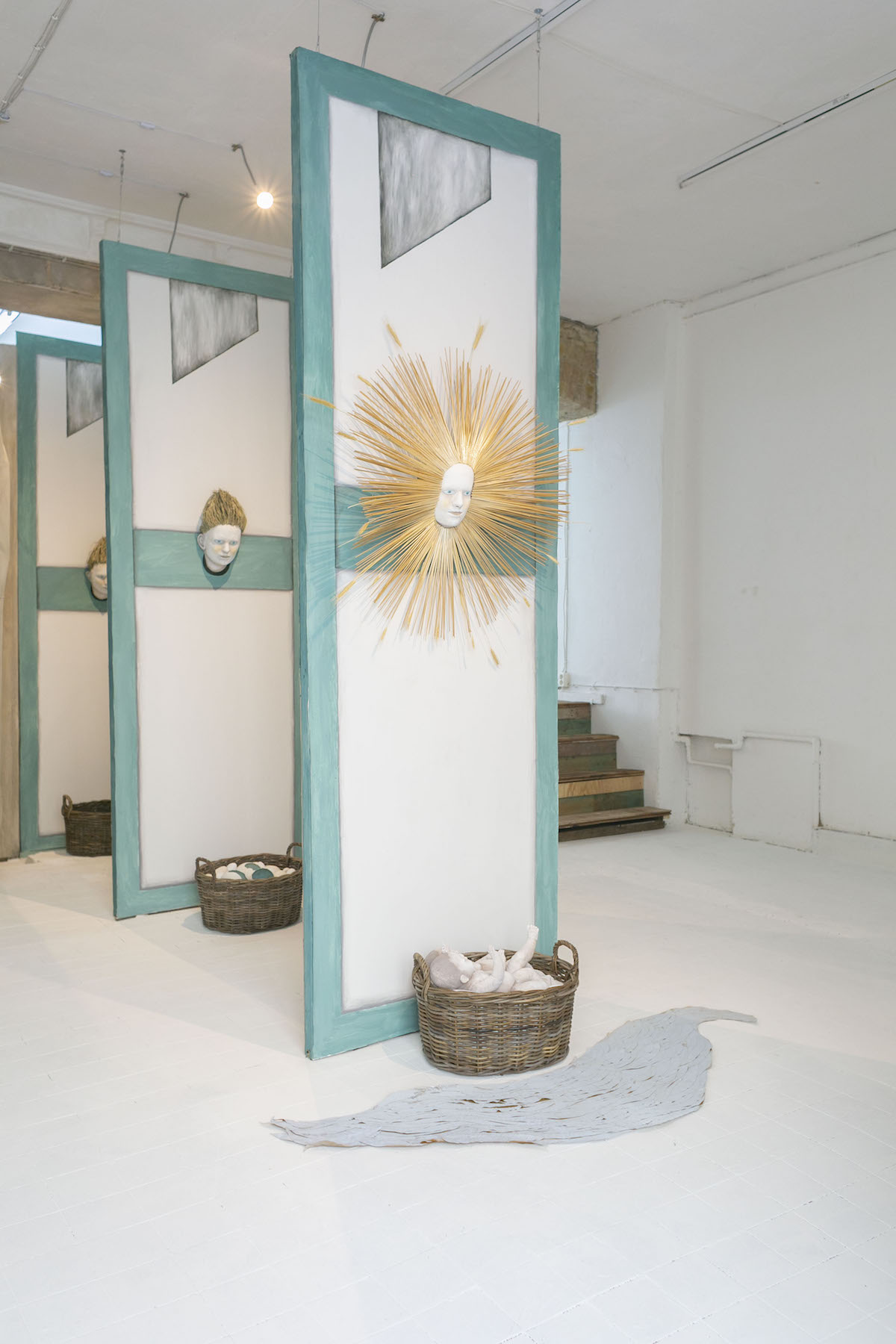 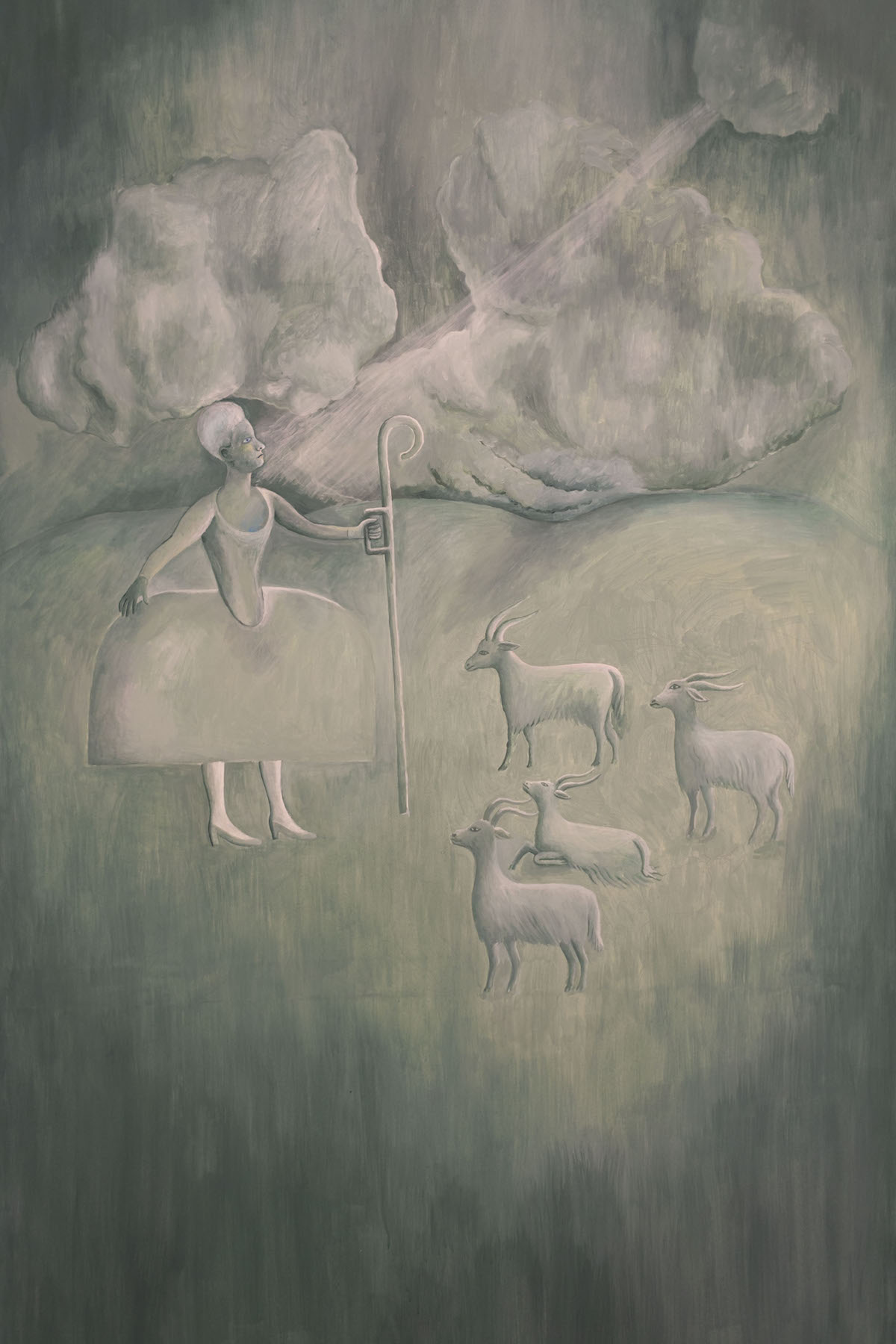 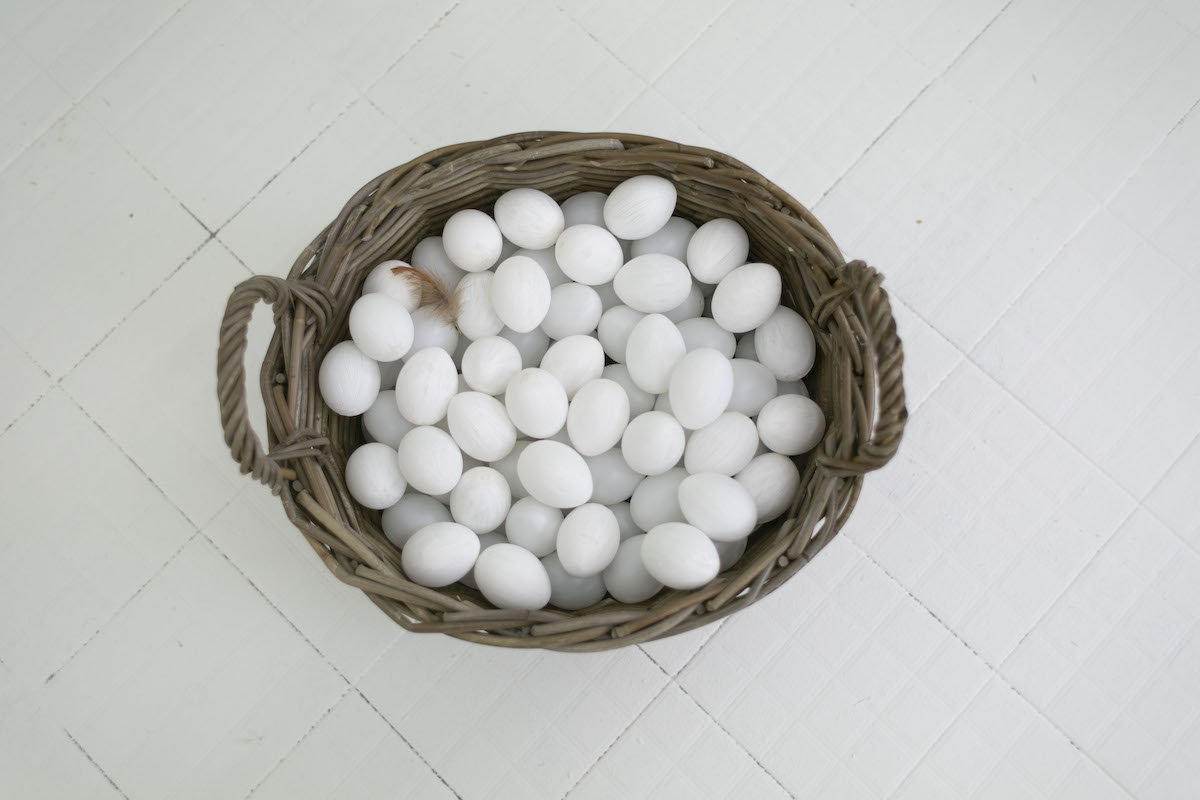 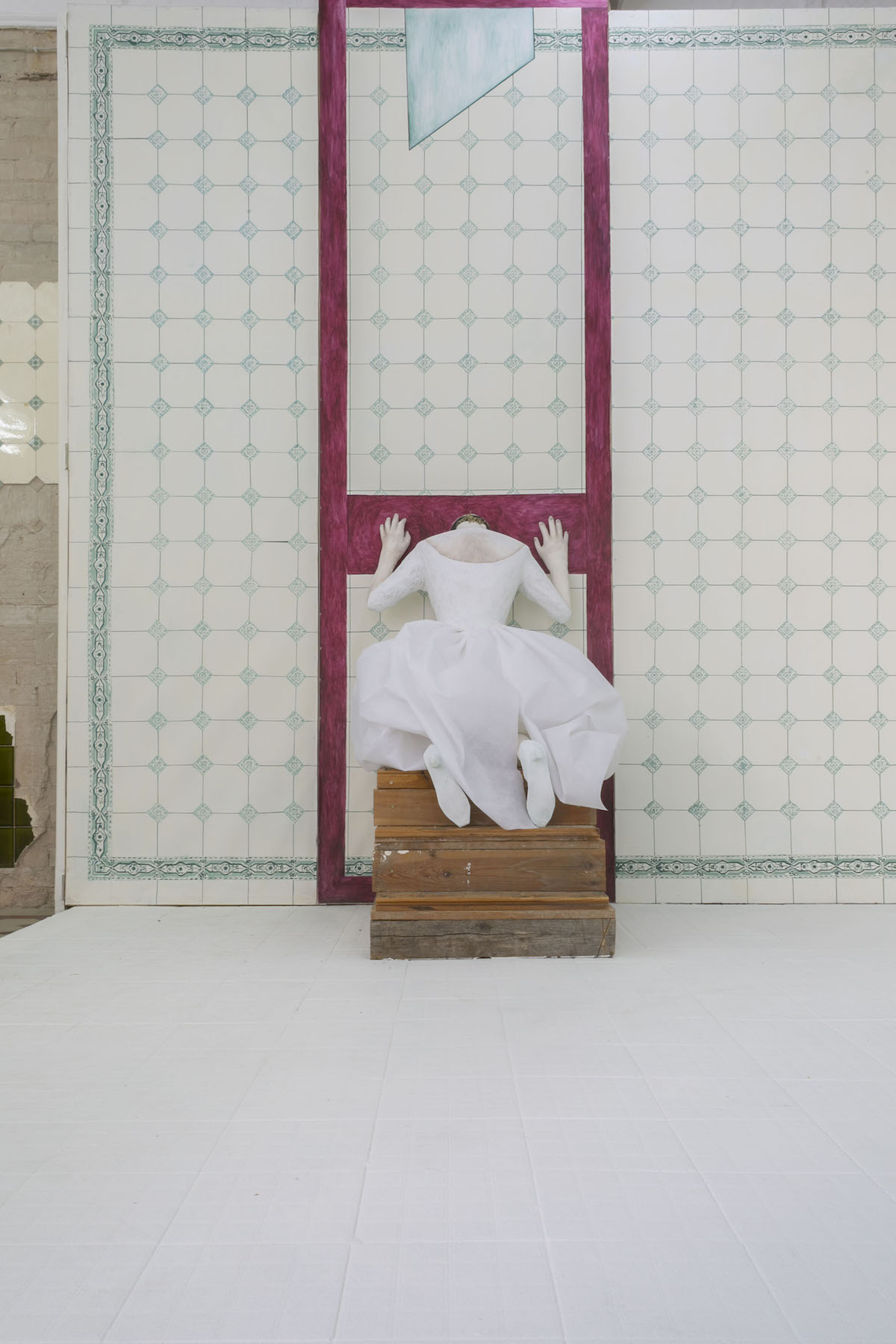 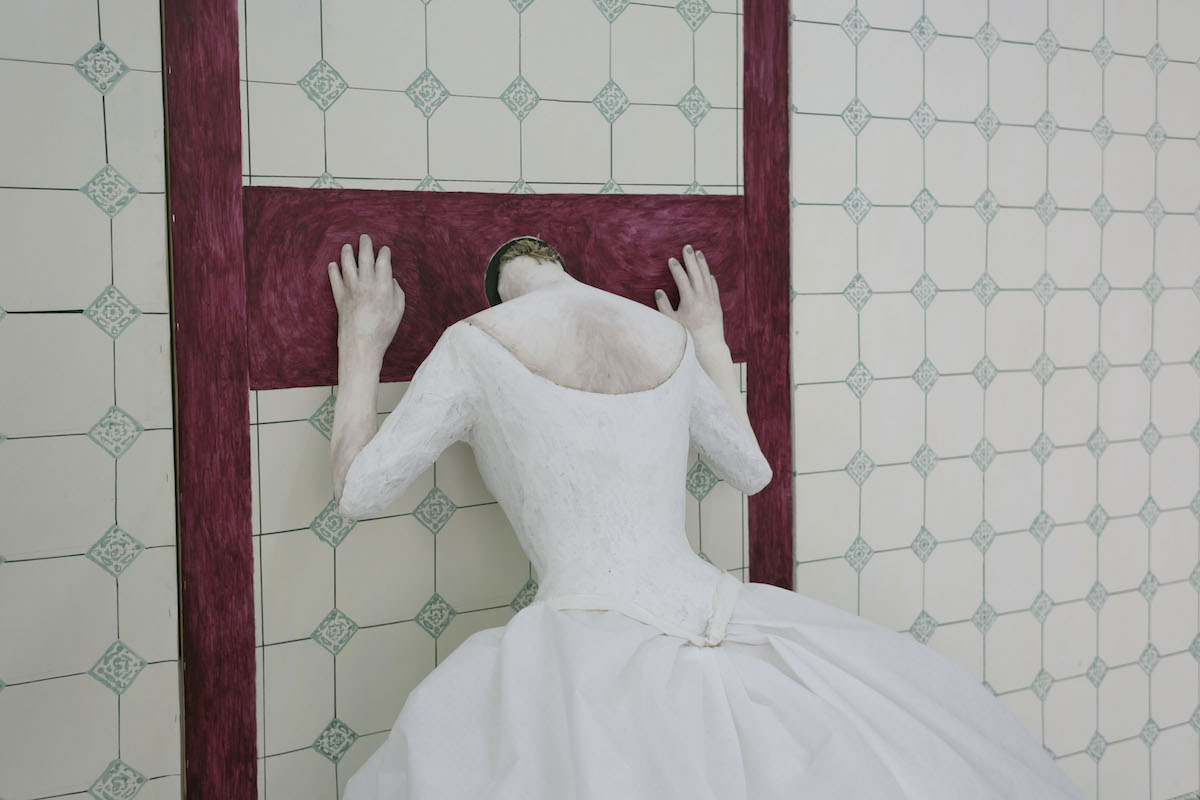 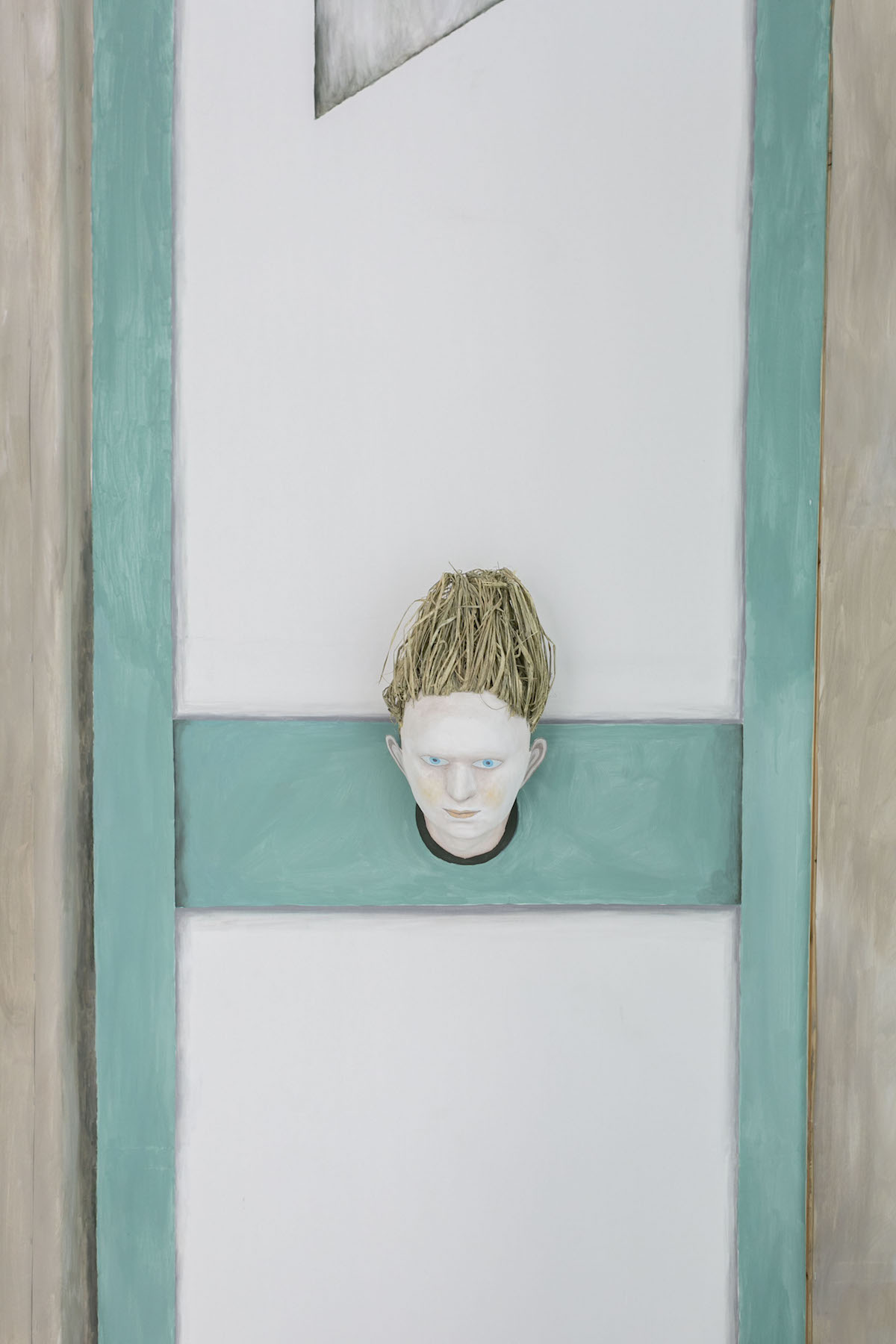 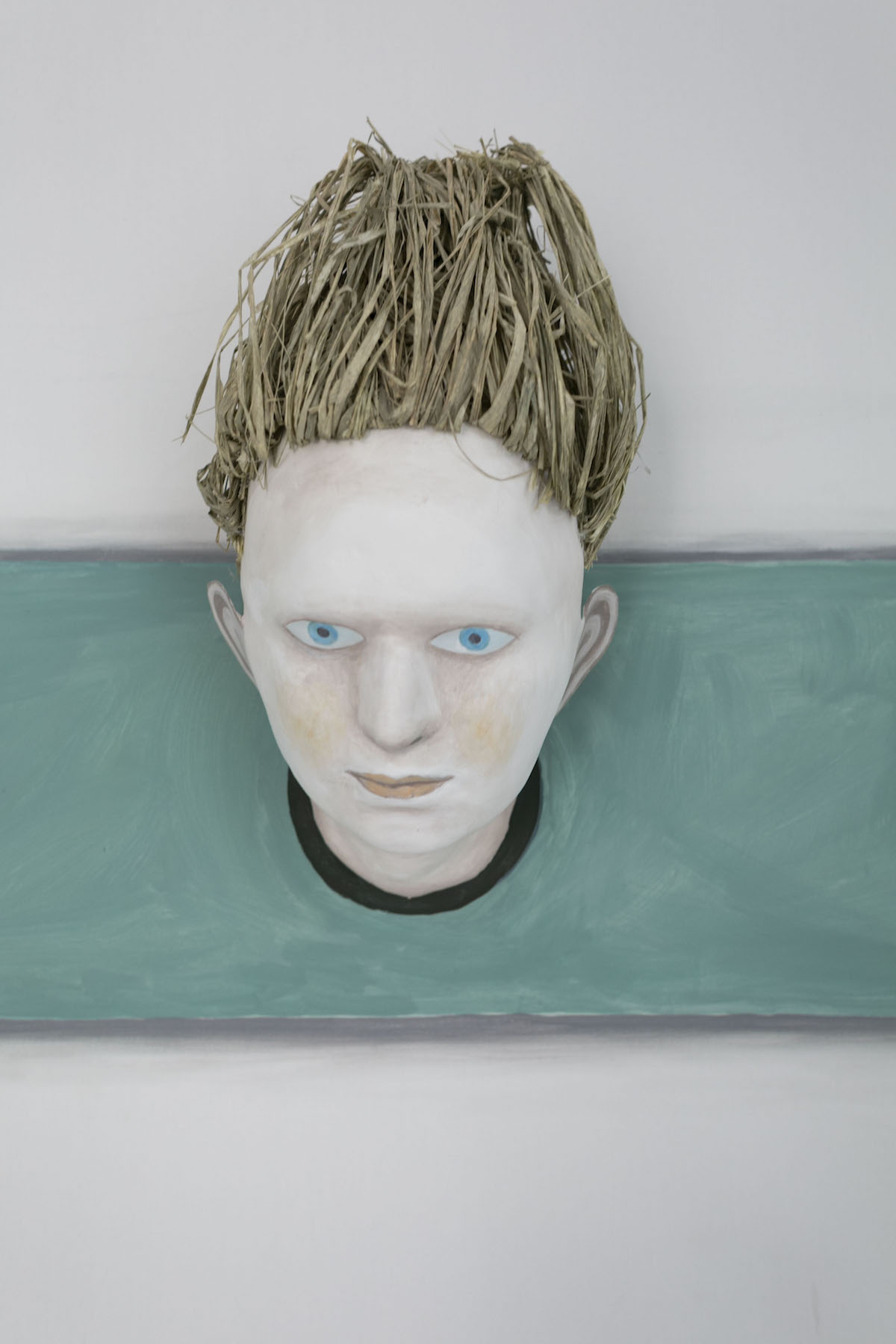 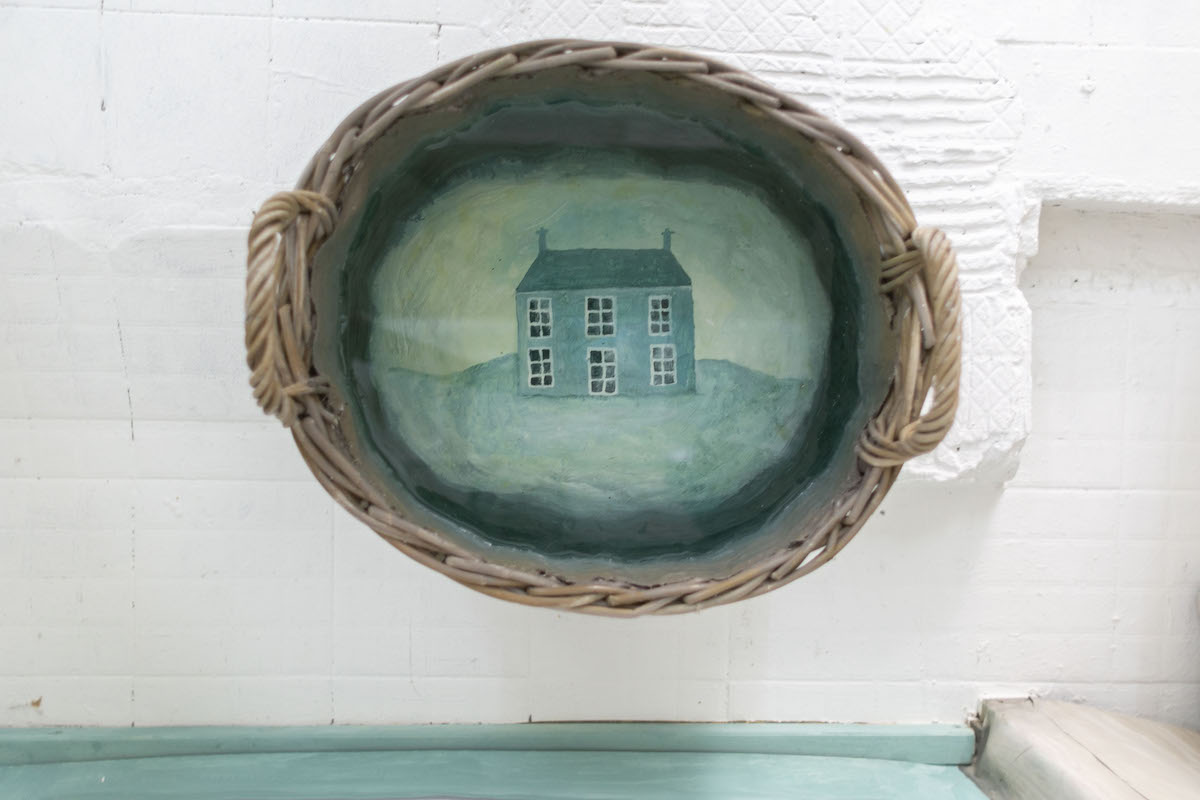 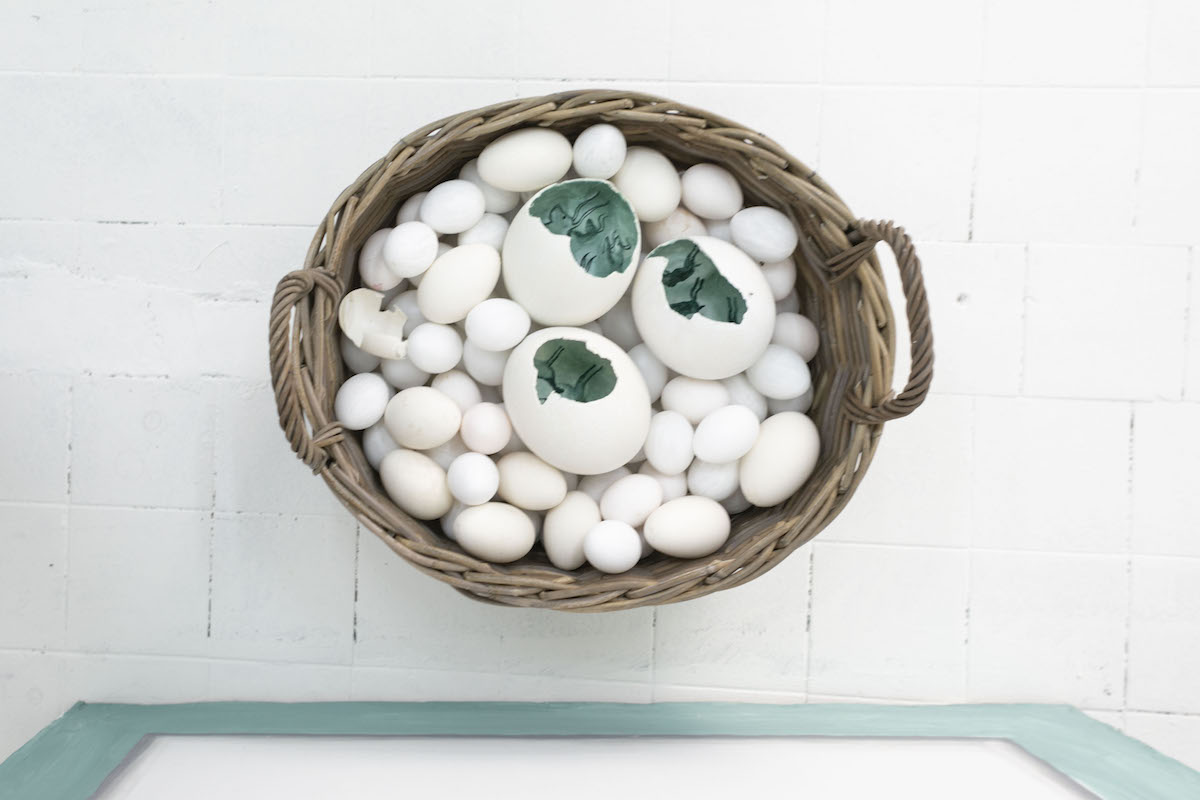 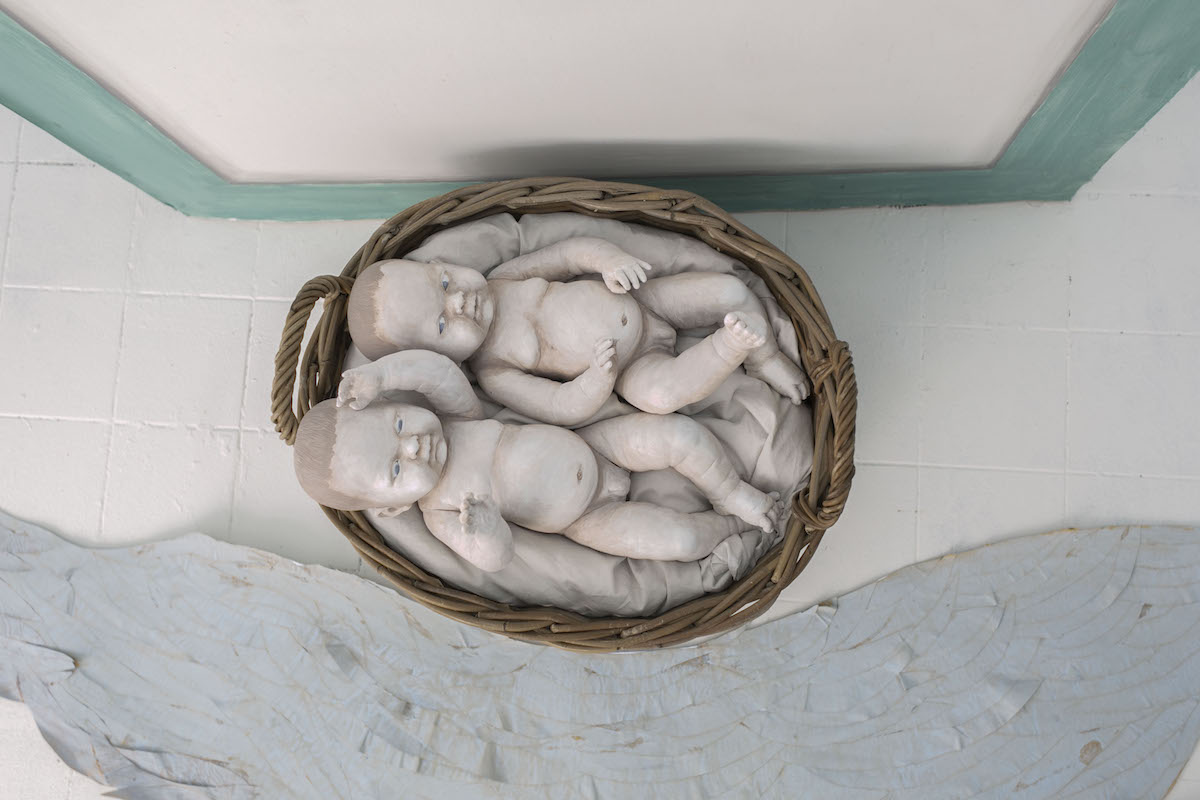 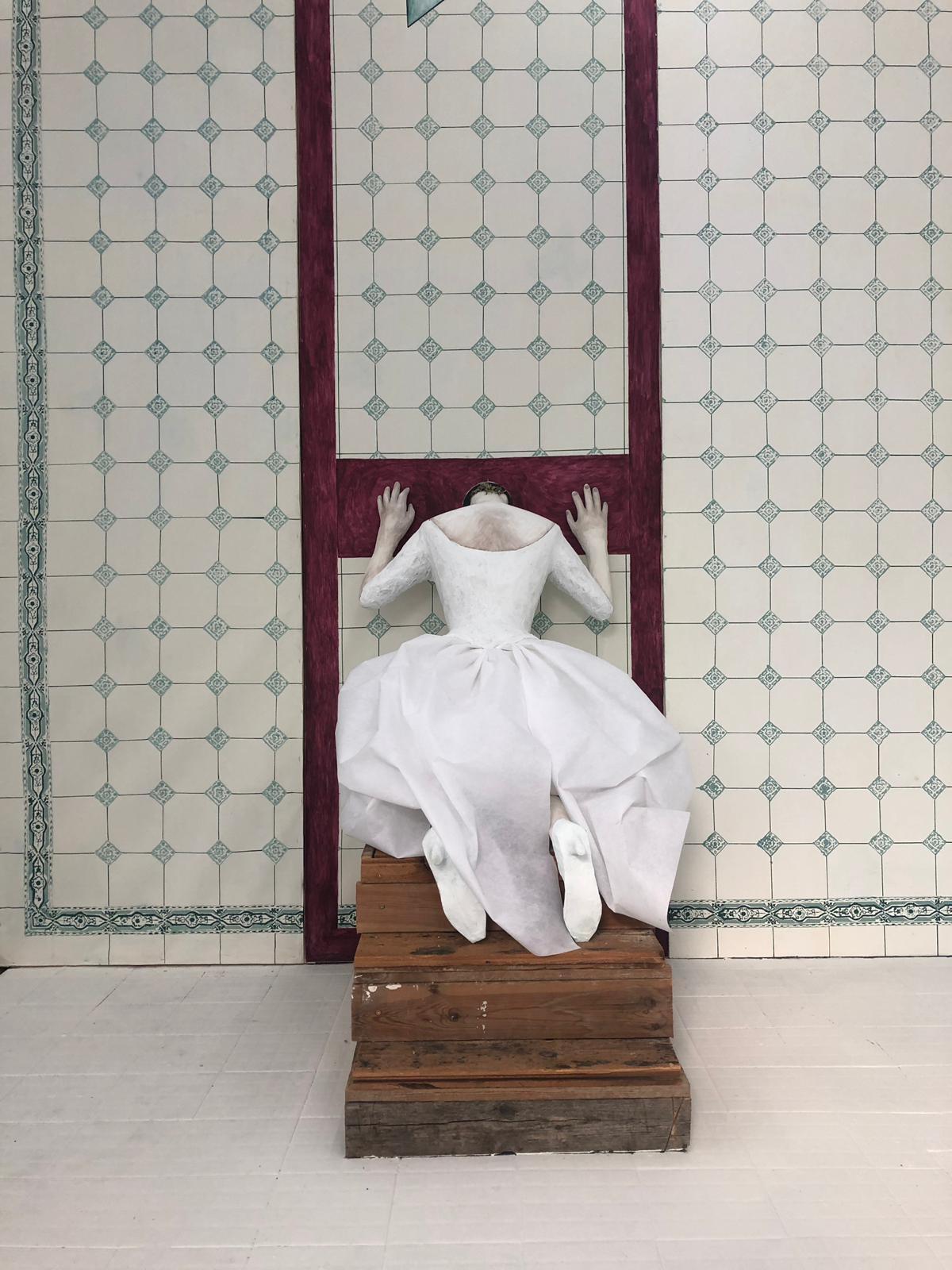 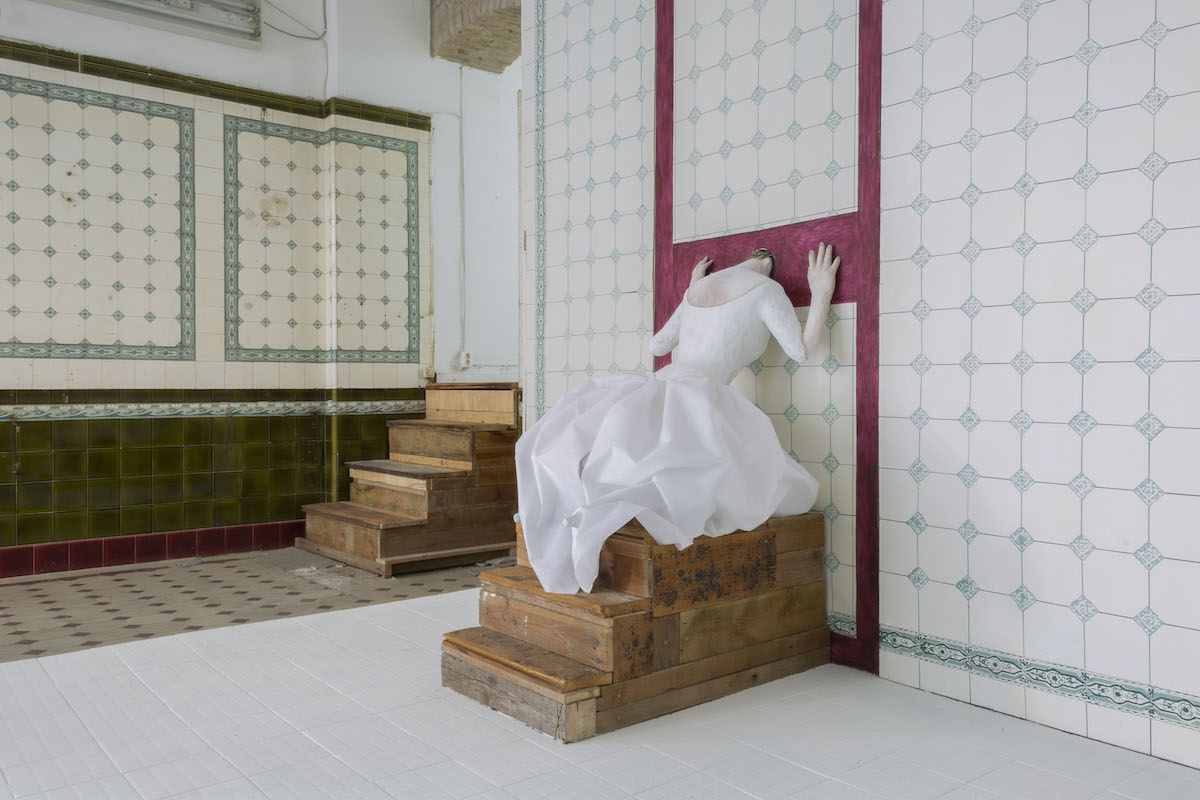 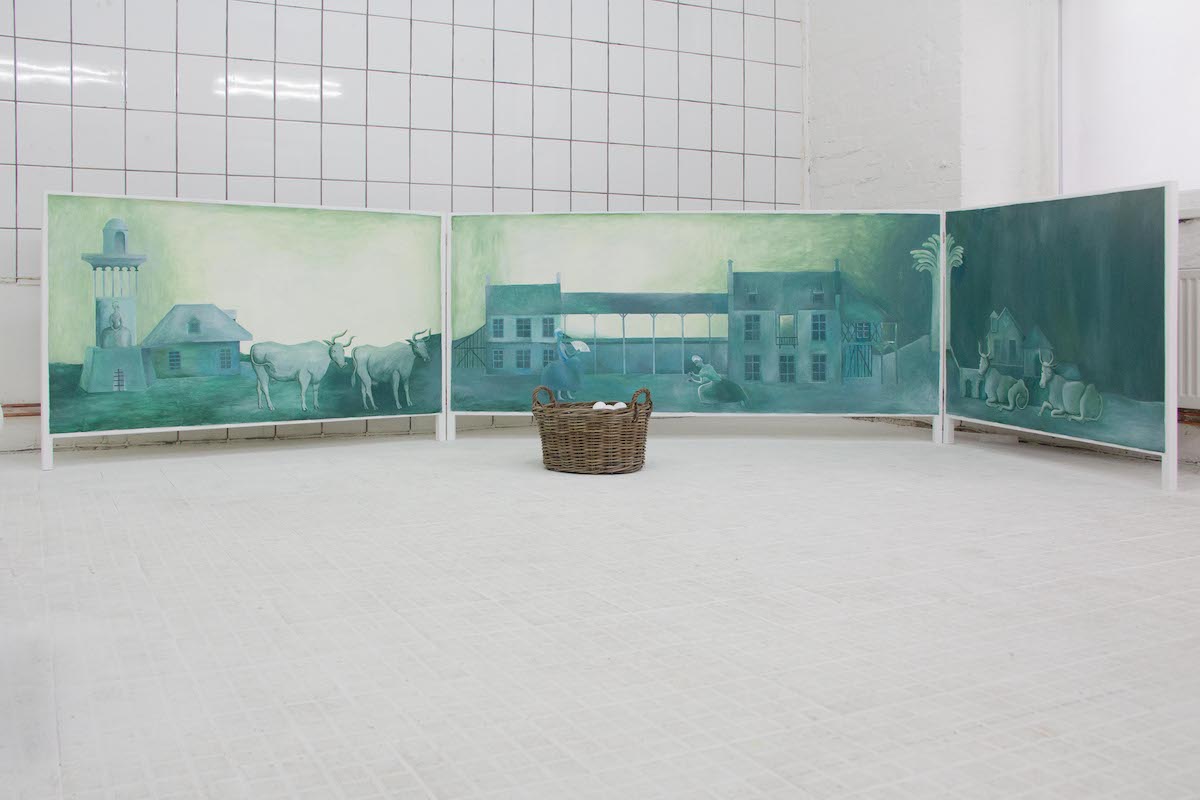