In The Poetics of Space, the narrator takes a line from L’escalier, a book of poems by Jules Supervielle:

“I know a type of sadness that smells of pineapple” (1),

as proof of his theory that “poetic space, because it is expressed, assumes values of expansion”(2). Upon reading these words, Bachelard describes a subsequent distension of emotion occurring within himself, remarking, “I myself feel less sad, I feel gently sad” (2).
When considering the pineapple, its many phases point to a rather composite, hermaphroditic character – before maturation during flowering, brightly purple or red at the tips; at ripeness, golden yellow to light brown and carrying an intensely sweet scent, the leaves at its center easily pulled out; past this point, emitting an acrid odor, reminiscent of sour milk.

For her new exhibition I know a type of sadness that smells of pineapple, Heike Kabisch (b. 1978, Munster) presents three different groups of drawings on paper, a collage on fabric and a self-portrait in black crayon drawn on the back of an old school map. Included are two sculptures from her hybrid botanical series, works which can be seen as incomplete beings and carriers of projected thoughts, relating to Bachelard’s description of arboreal entities as figures that“(have their) being in you” (2).

A series of drawings borrows the silhouette of Egon Schiele’s Sitzender schwangerer Akt mit ausgebreiteten Armen und gespreizten Beinen (1910), opening a door to history: Schiele was an important figurative painter of the early 20th century, whose works are known for their unreserved portrayal of sexuality and women subjects. From the same period are drawings by Kabisch’s great-grandfather Otto Smend (b. 1888–1978, Münster), which Kabisch has included in a book accompanying the exhibition.

Otto Smend was an officer in the First World War, and was later enlisted as a captain in the military engineering department during the Second World War, where he led a unit through Ukraine towards Stalingrad. Shortly before Stalingrad, however, he was wounded, preventing him from reaching his destination and allowing him to ultimately survive the war. As with most veterans, he refused to say a single word afterwards about his experience. Kabisch was born the same year of his death in the same town, and only knew of him through family records and the drawings she found before his military involvement. The works on paper, delicate sketches of women and children, forests, lakes and flowers contrast sharply with the rigid silence that Smend maintained until his death. In their innocent presence, made when Smend was only 15, the drawings provide an entrance for the artist to access an otherwise dark and opaque narrative.

CYCLE (6) Falcon Eye, 2015, offers a potential clue in the artist’s search, in a scrawling sketch on the back of a pre-1945 map of northern Italy, of what appears to be a nude hermaphroditic woman. The figure, reclining in a classical pose yet markedly deviating from ideal proportion and countenance, presents a departure from tradition, towards a new horizon.

The reworking of the body, especially the female body, appears continually in Kabisch’s visual language, observable in older sculptural works that appear incomplete, sometimes even grotesquely mutilated. Schiele’s pregnant woman figures are multiplied in Kabisch’s collages, in one instance forming a monstrous chimera, and in another stacking upwards leading to a window opening out to the imagination. Constructing a poetic bridge, these forms escape the limits of what we know, transforming from what they are into versatile beings of possibility. 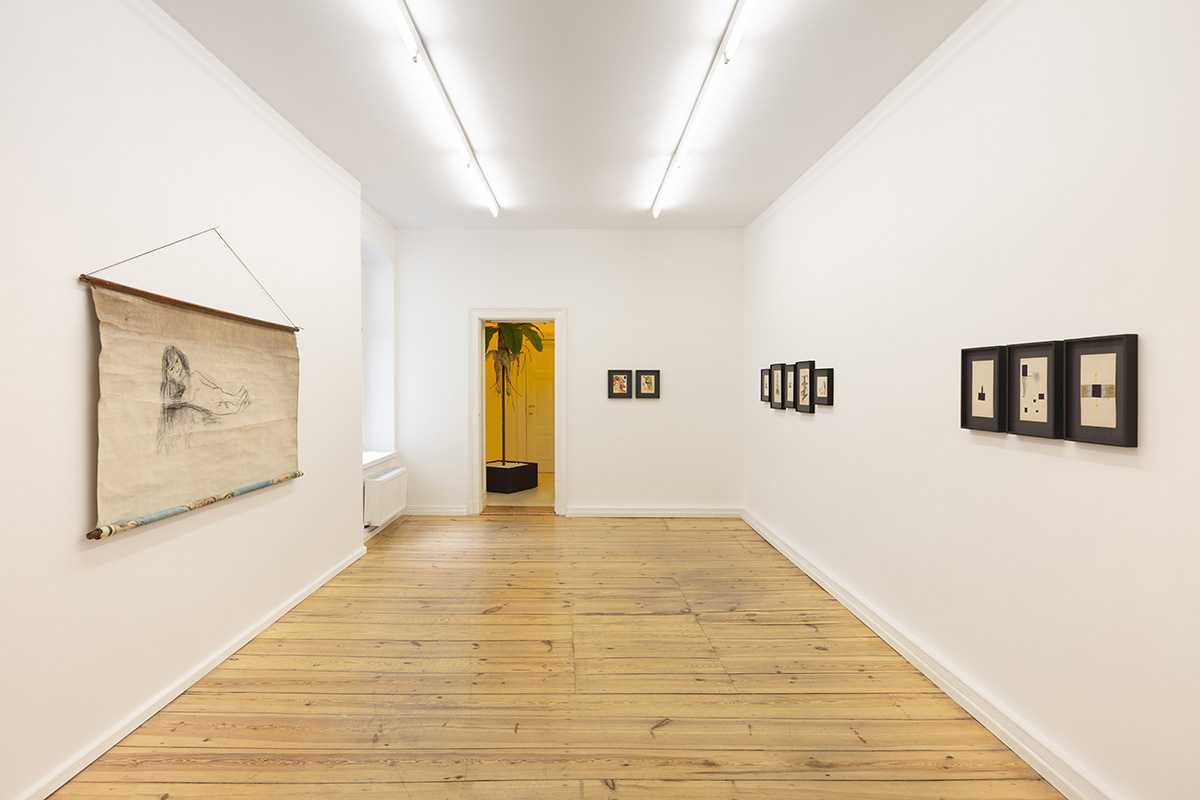 Heike Kabisch, “I know a type of sadness that smells of pineapple”, installation view at ChertLüdde Showroom, 2021 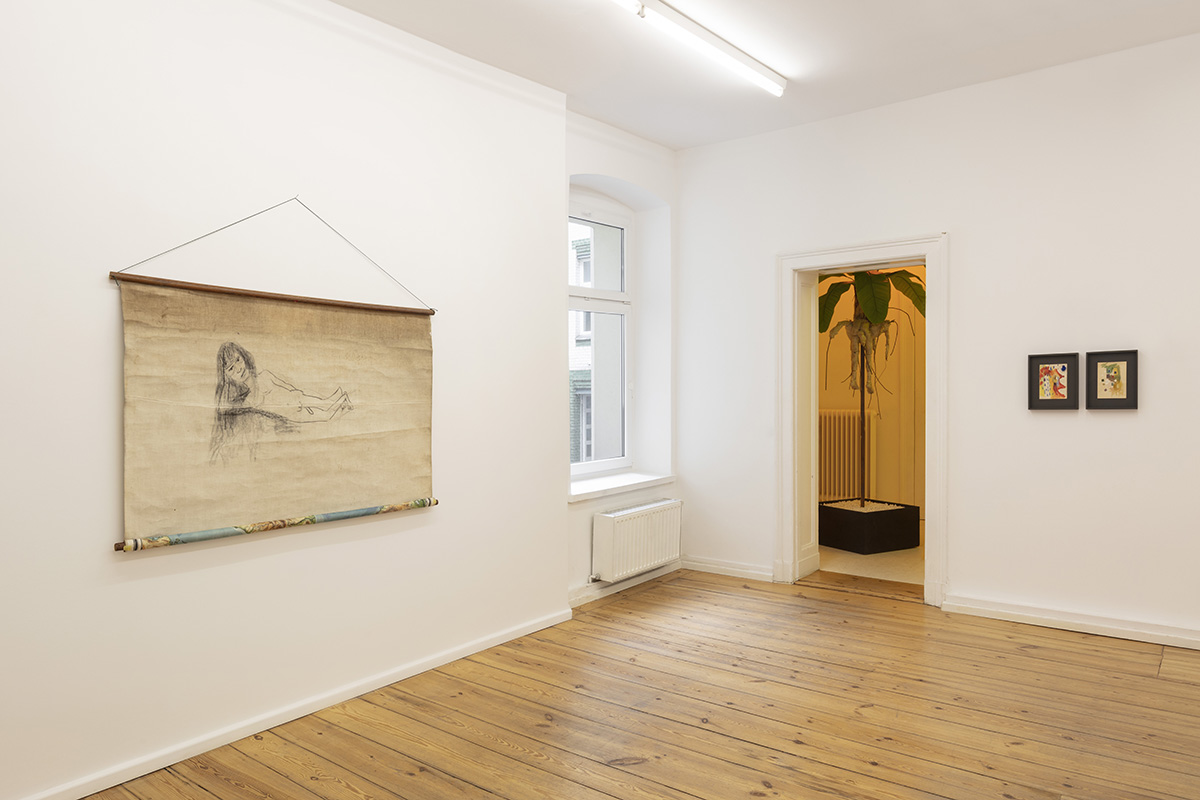 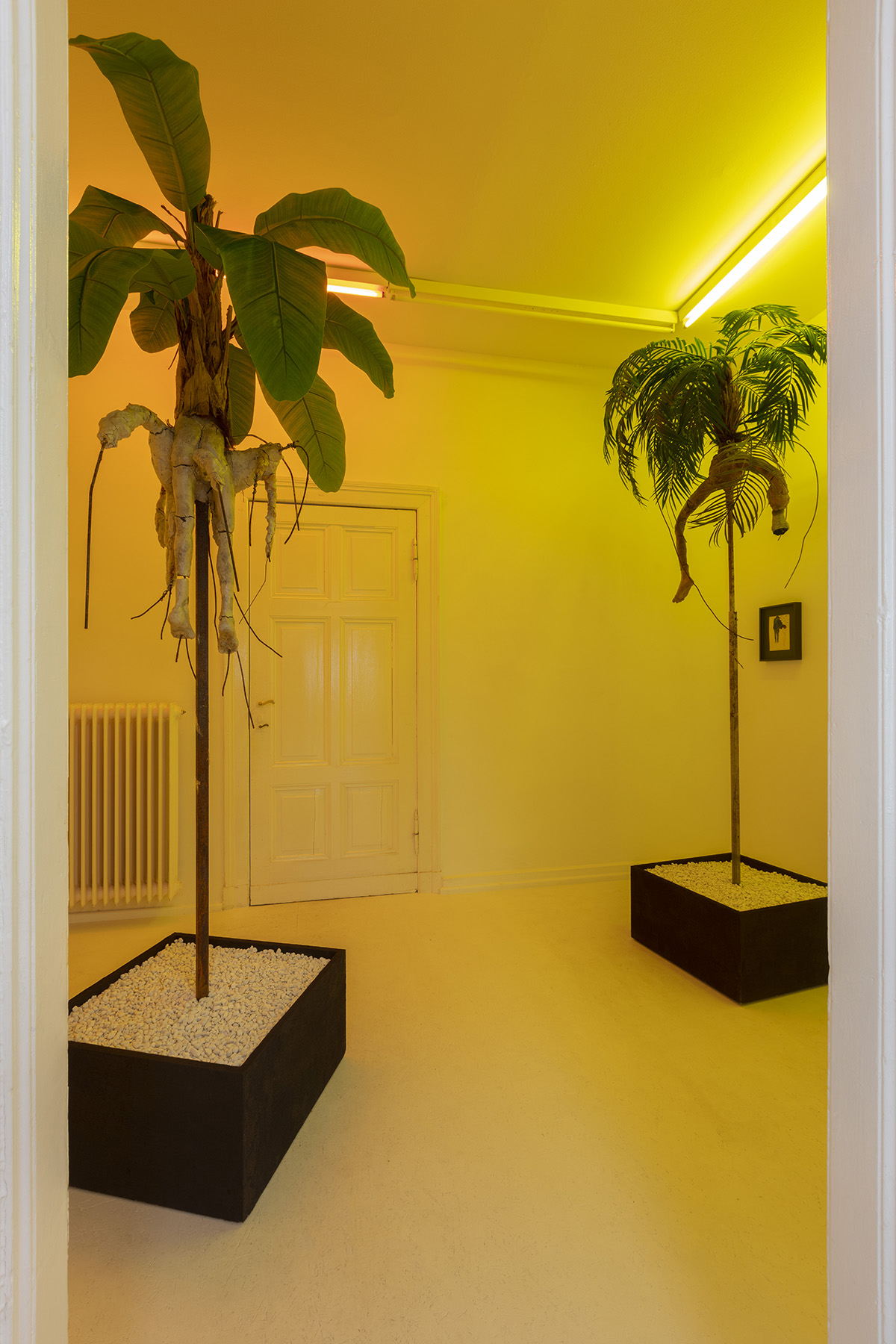 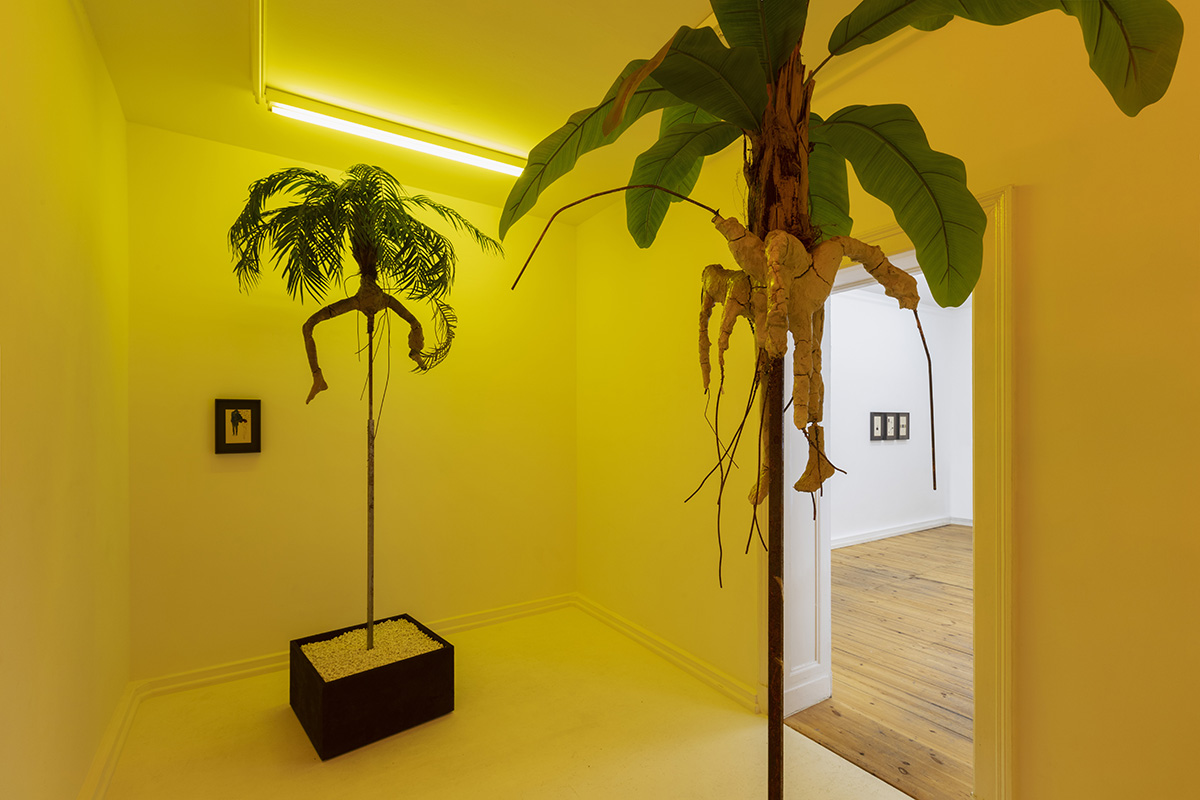 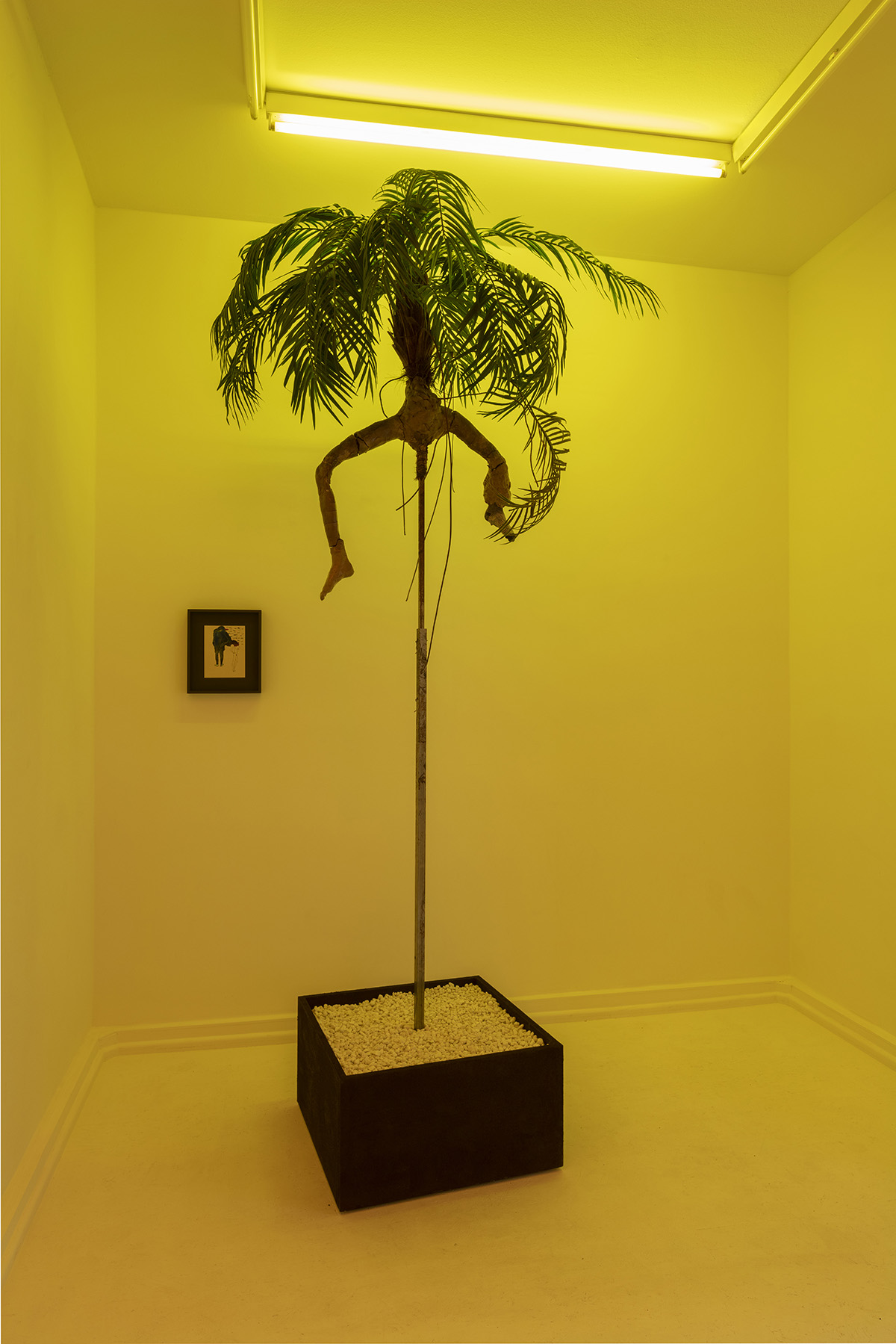 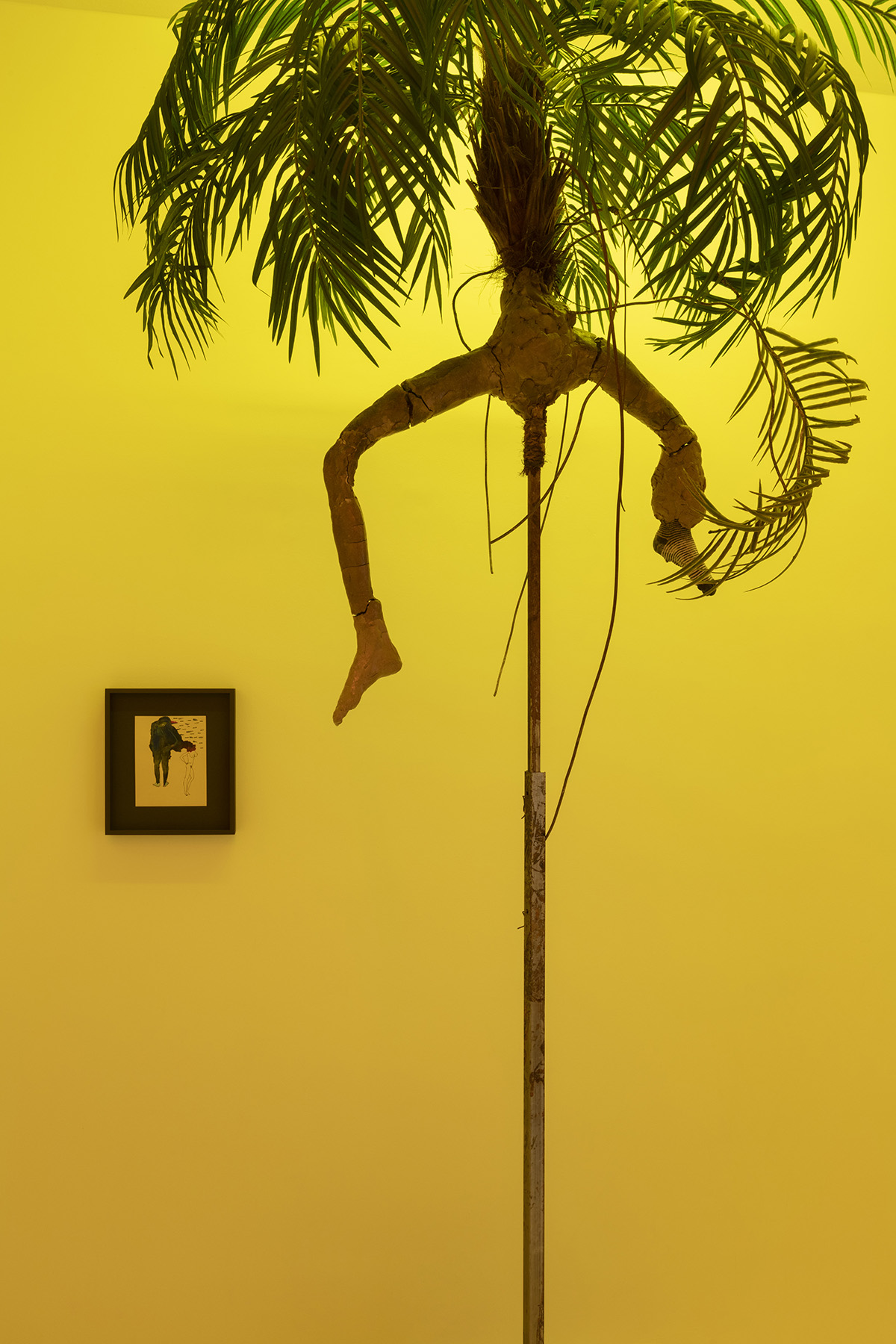 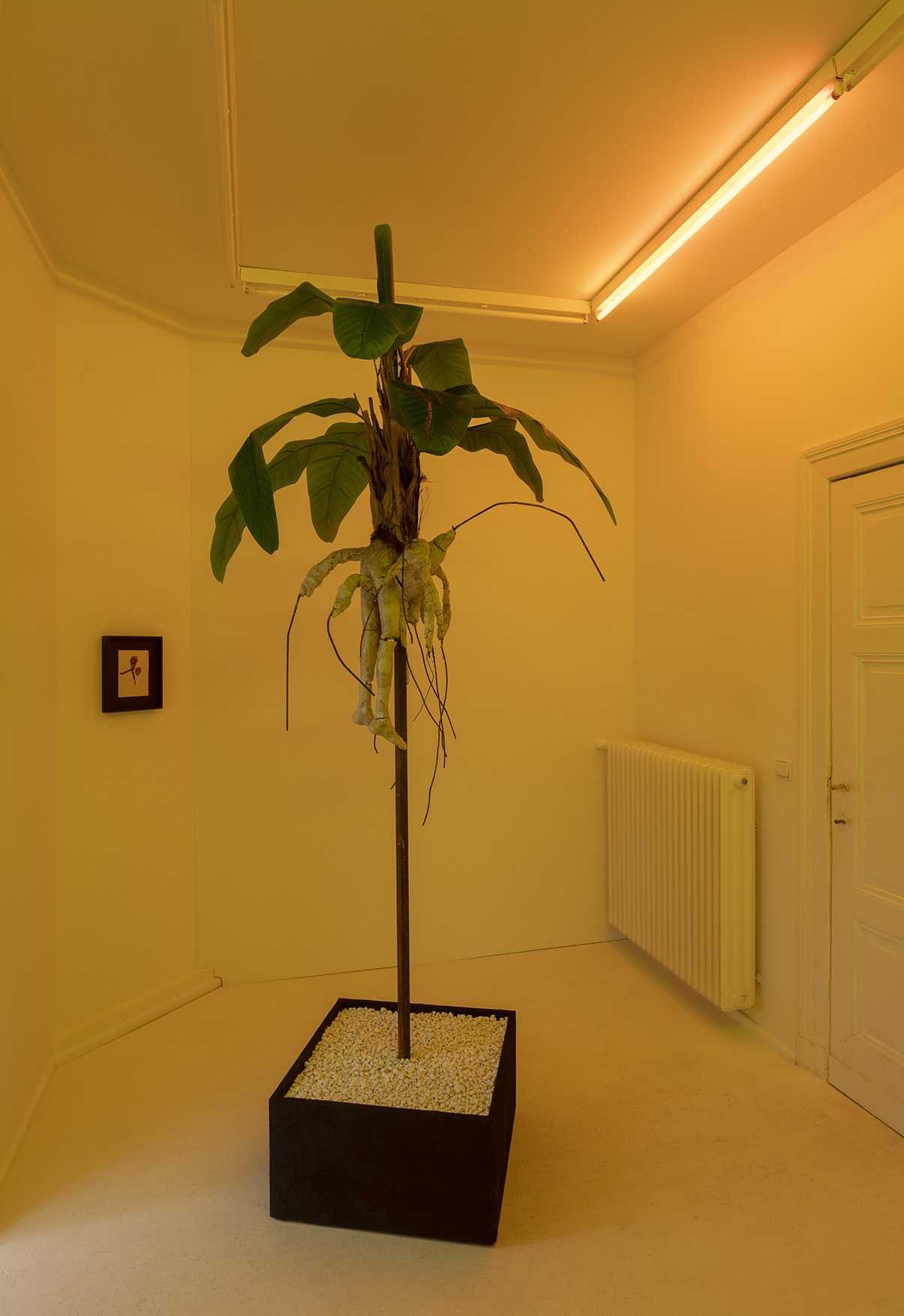 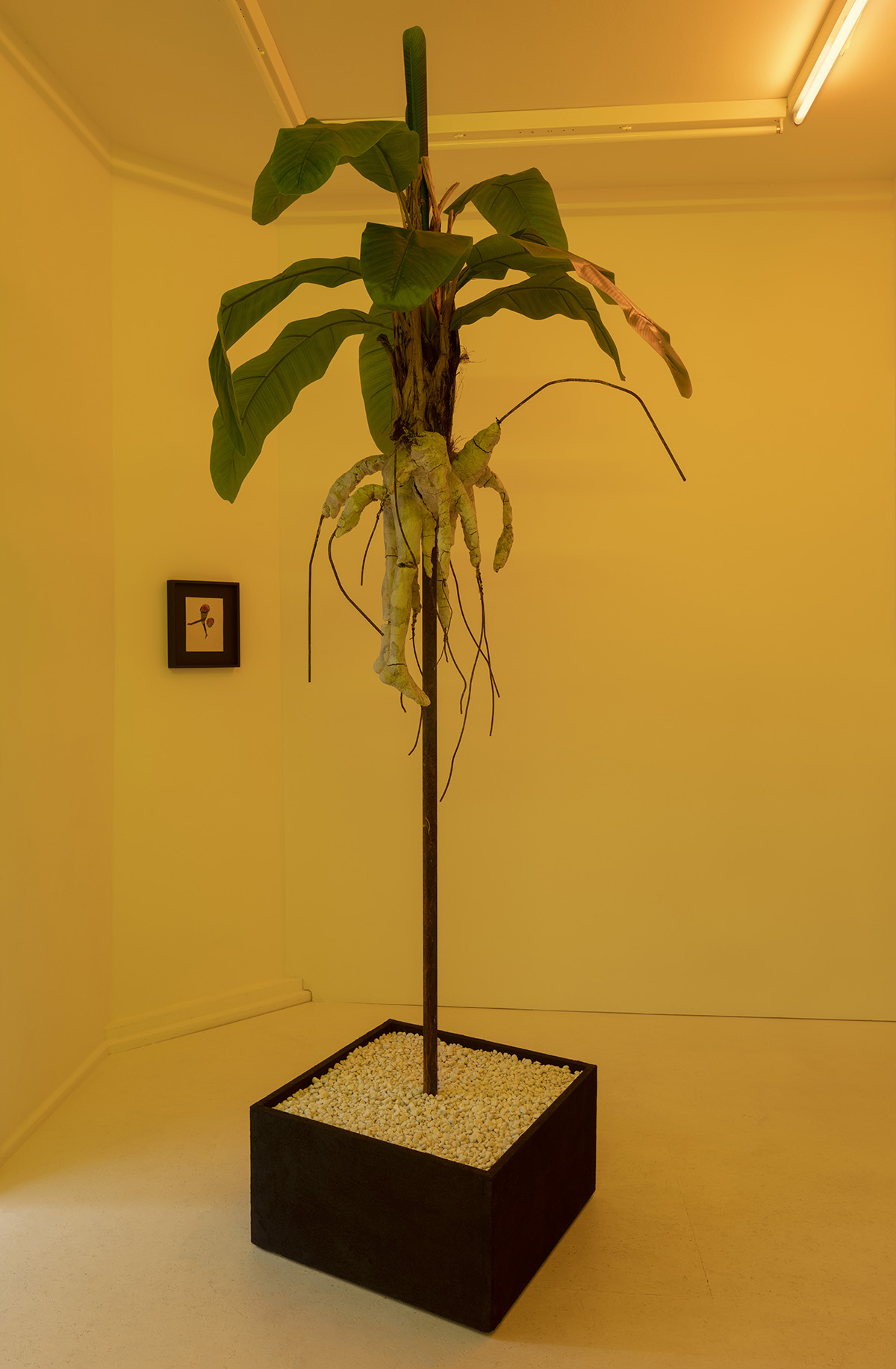 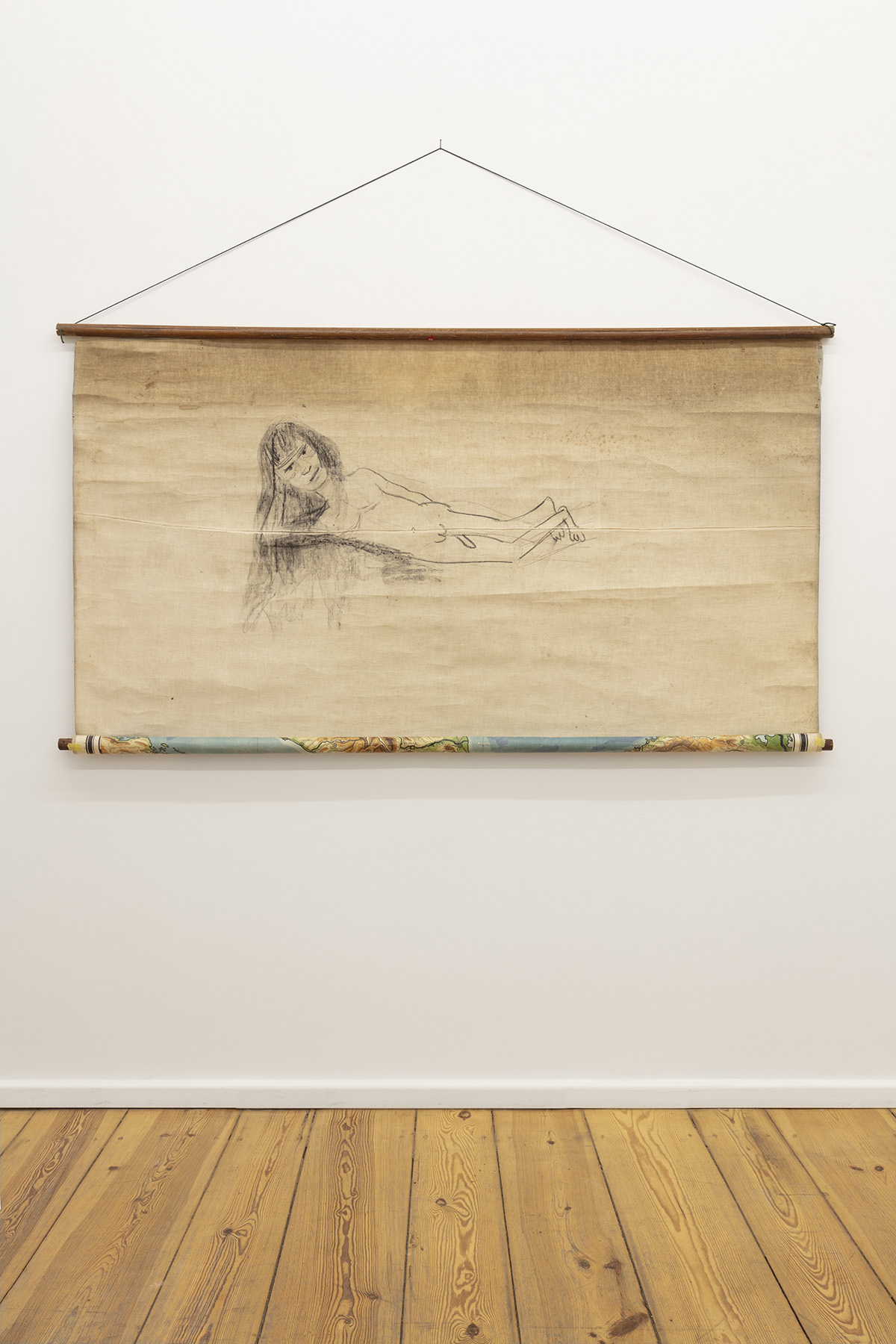 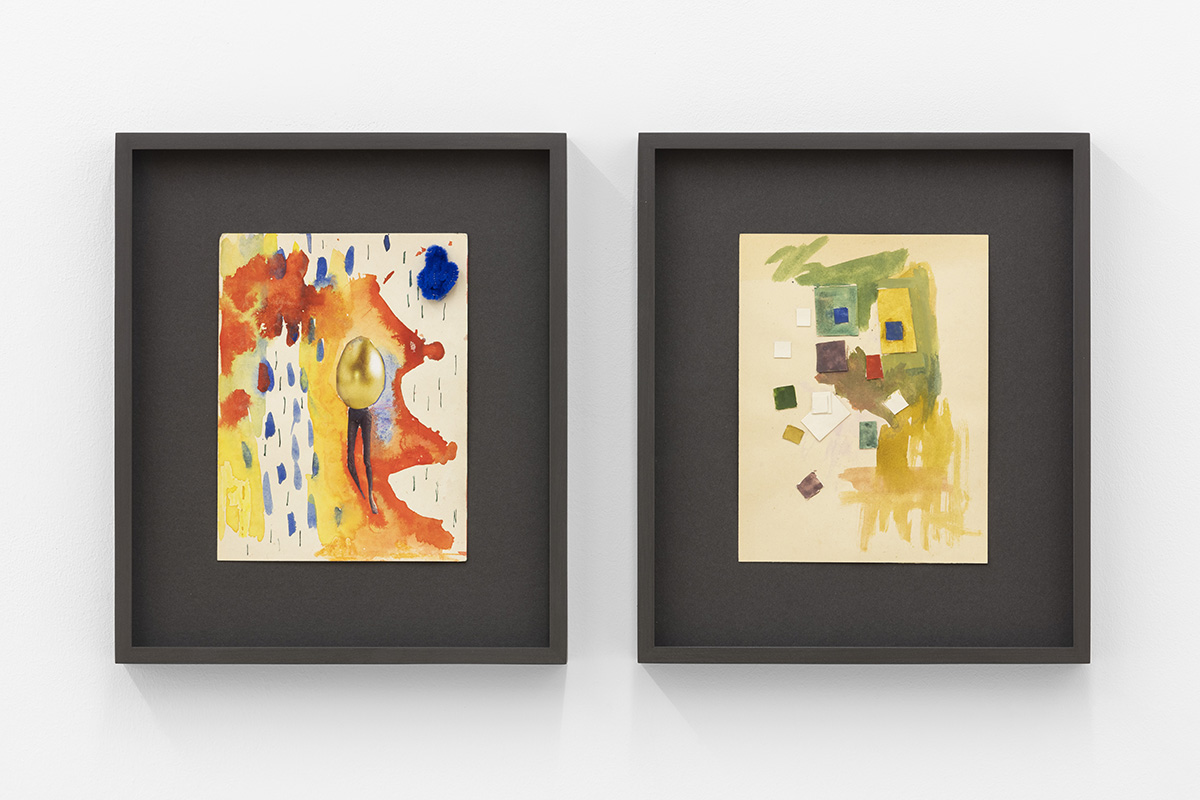 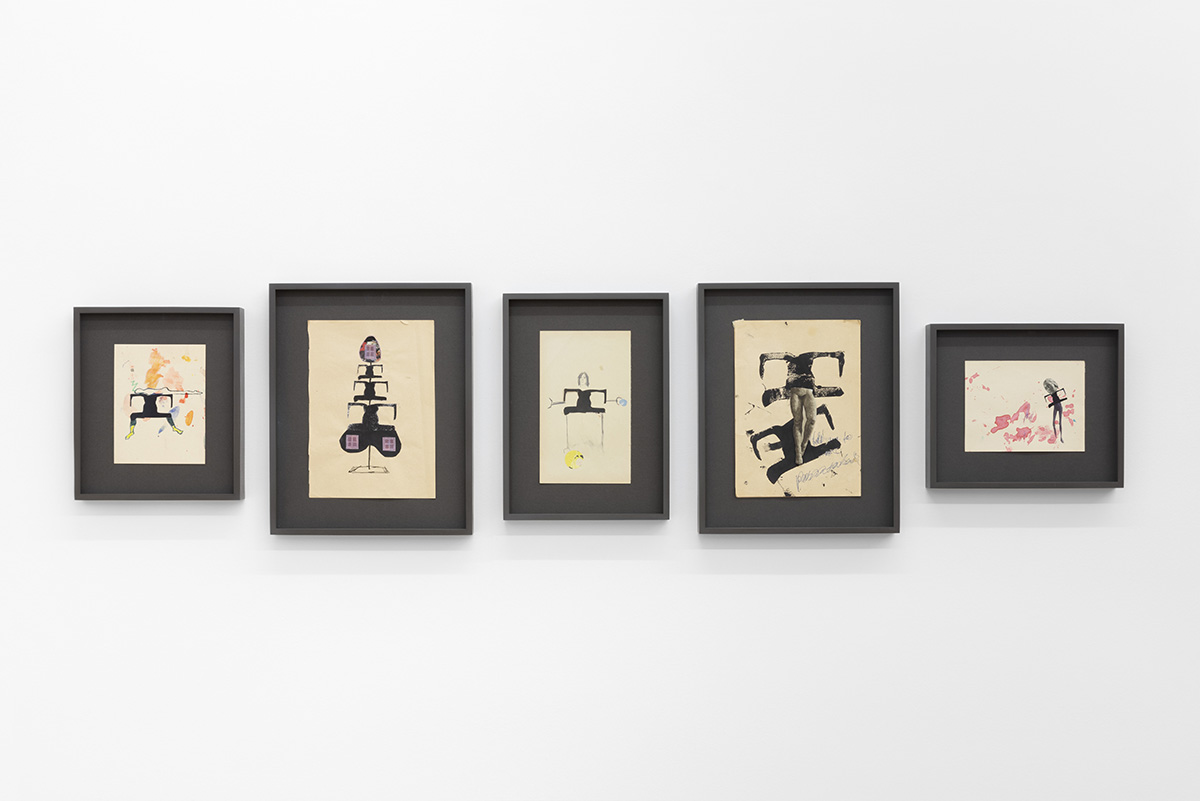