The sculptural work is a continuation of Ben Hamouda’s ongoing series Aniconism as Figurative Urgency. As the title suggests, the works reference the religious practice of rejecting figurative representations of living beings or divine presence, employing instead geometric shapes and calligraphy. The sculptures hang in the air as calligraphic brushstrokes reminiscent of Islamic / Arabic characters, yet they remain illegible and assume animalistic forms.

Figuration, while assuming the guise of absence, is present in these works. The sculpture’s origins come from the destroyed sketch of a cow. The lines that once depicted the body of an animal now reach near-abstraction.

Hamra, meaning red in Arabic, connects to an investigation of inflicted trauma and means of ushering in healing and empathy. The surface of the four-part metal structure, the walls and the floor are alternately coated with powdered spices such as chili pepper and paprika, tracing the imagery of the sculpture while also creating a strong sense of each layer being inextricably linked together with the next. All elements are part of the same piece and sculpture, interconnected and relying on each other. Through weaving the lexicon of family traumas – those that in a heterocolonial patriarchy are passed down unequally, and have to do with geography, geopolitics, language and vocabulary, misapprehensions and violence – Ben Hamouda is interested in how art holds and retains certain energy, how figuration and abstraction reverberate against one another to create emotional static.

In the most physical sense Ben Hamouda connects the piece with the color red. The medicinal, ceremonial, culinary, and ritualistic properties of the applied spices have been used for protection for thousands of years. Above all, the work connects to the energy related to red: our roots, material needs, security, as well as the places where you eat, work and live. However, in Hamra it is also the color of flags, cultures, wars, pride, power, anger, and sudden strength. And curses. 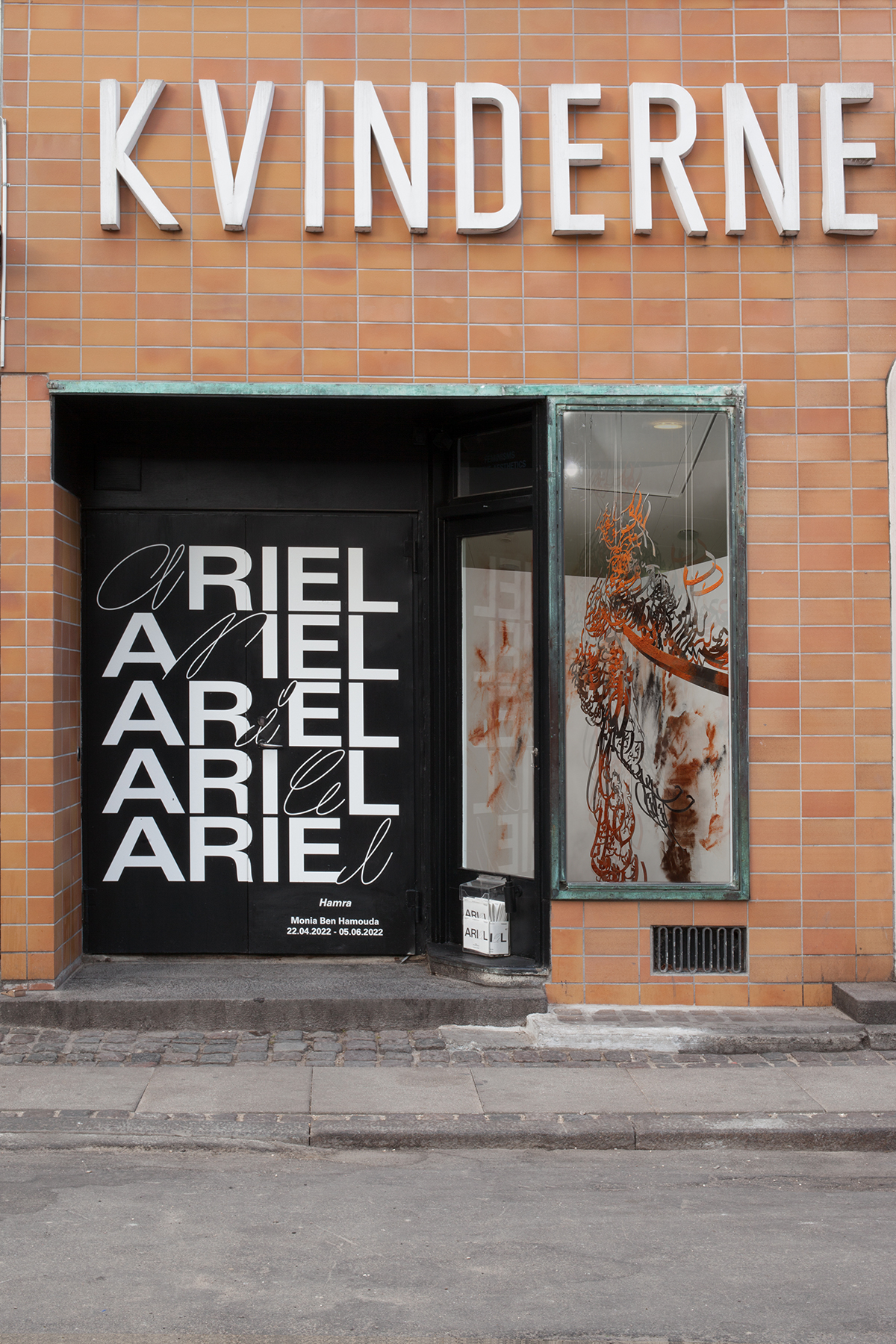 Monia Ben Hamouda, Installation view of Hamra, Ariel Feminisms in the Aesthetics, Copenhagen, 2022, Courtesy of the Artist and ChertLüdde, Berlin 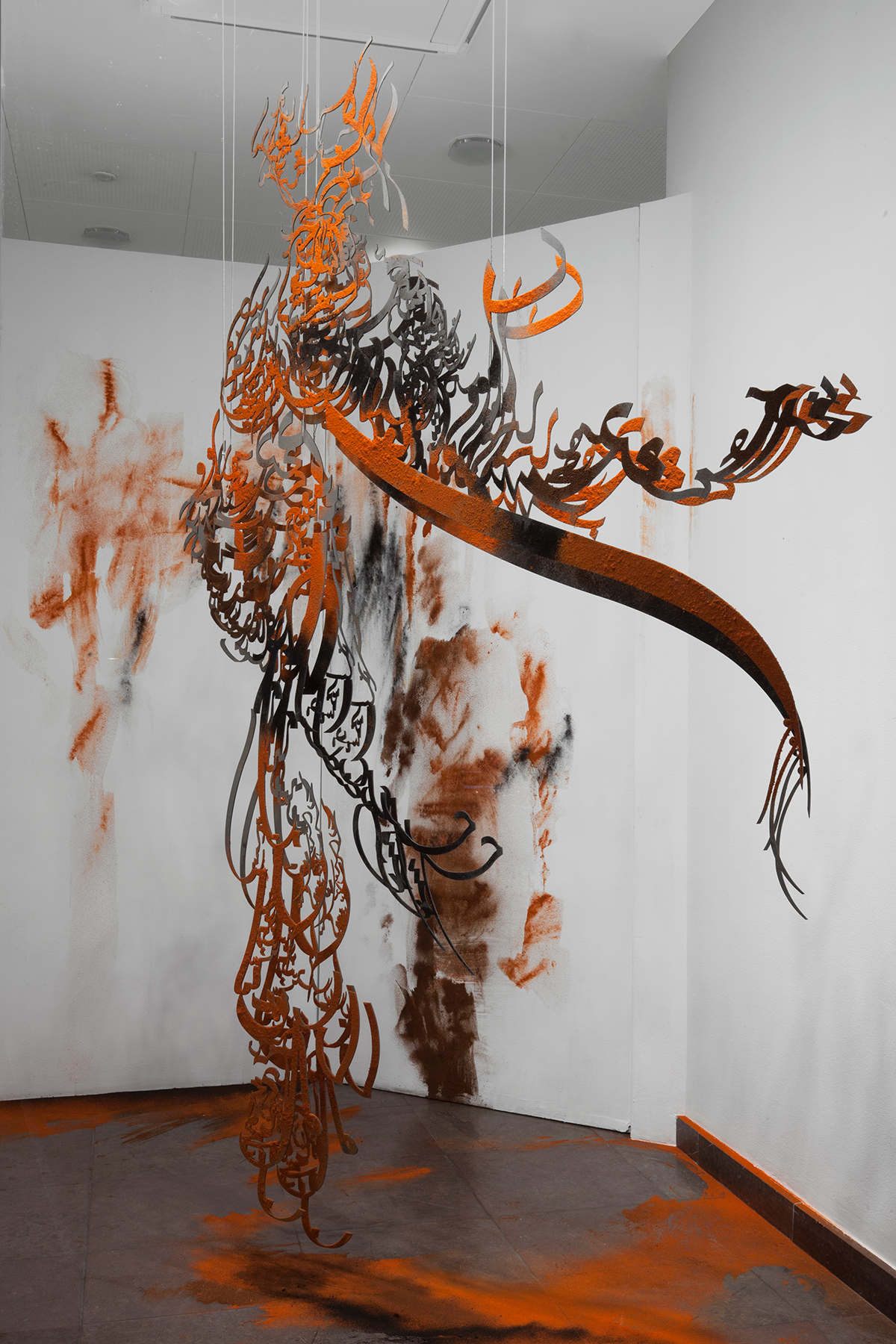 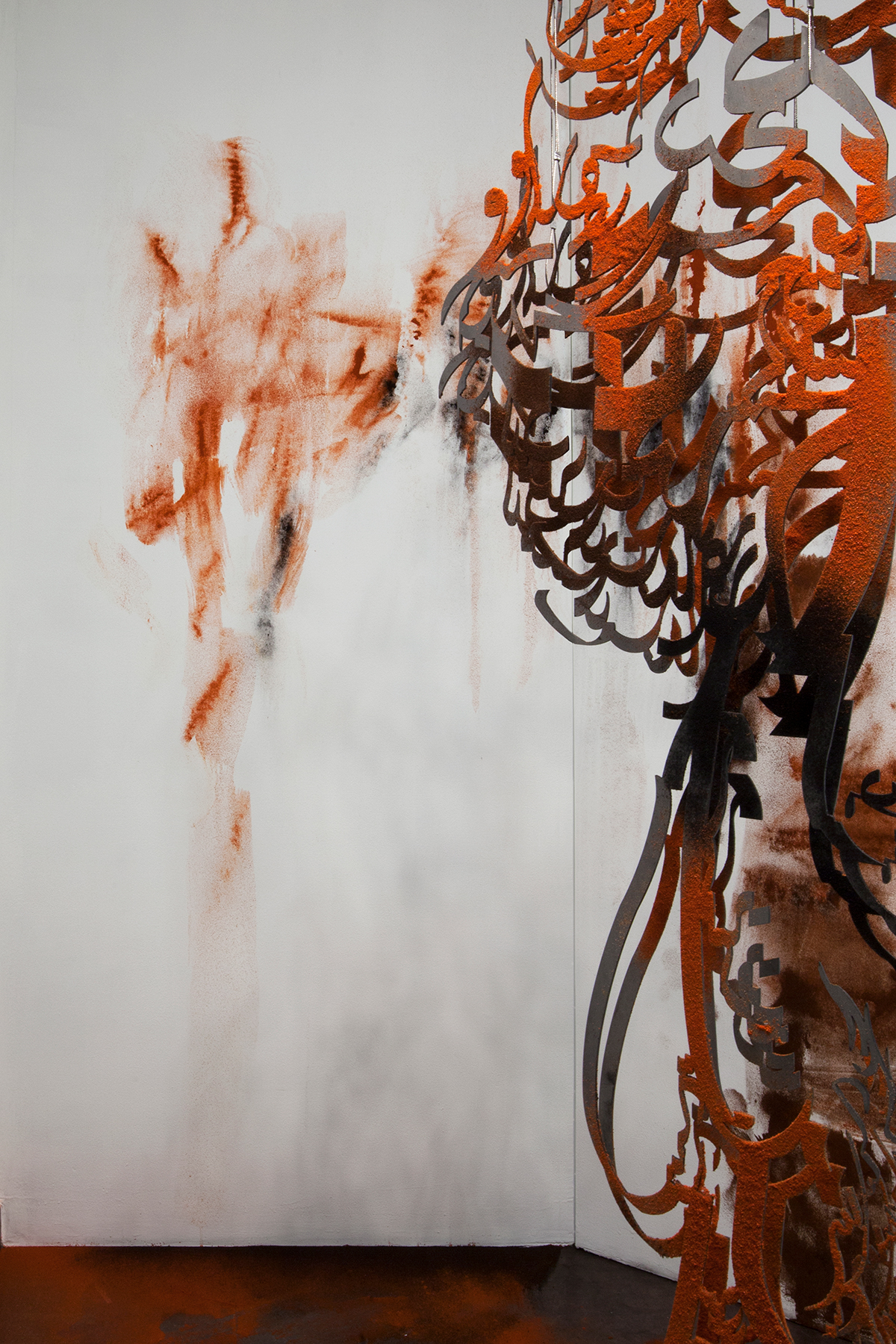 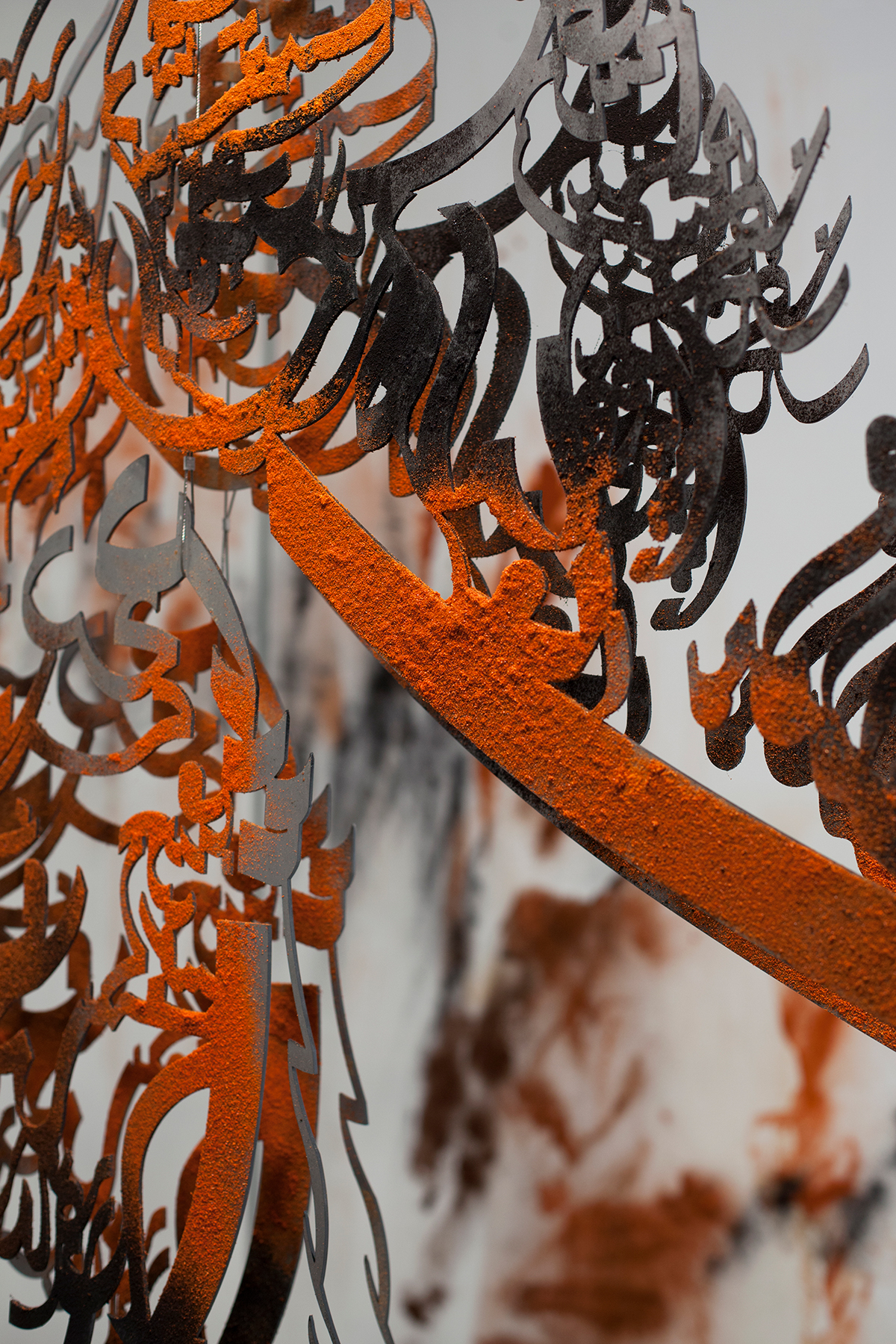 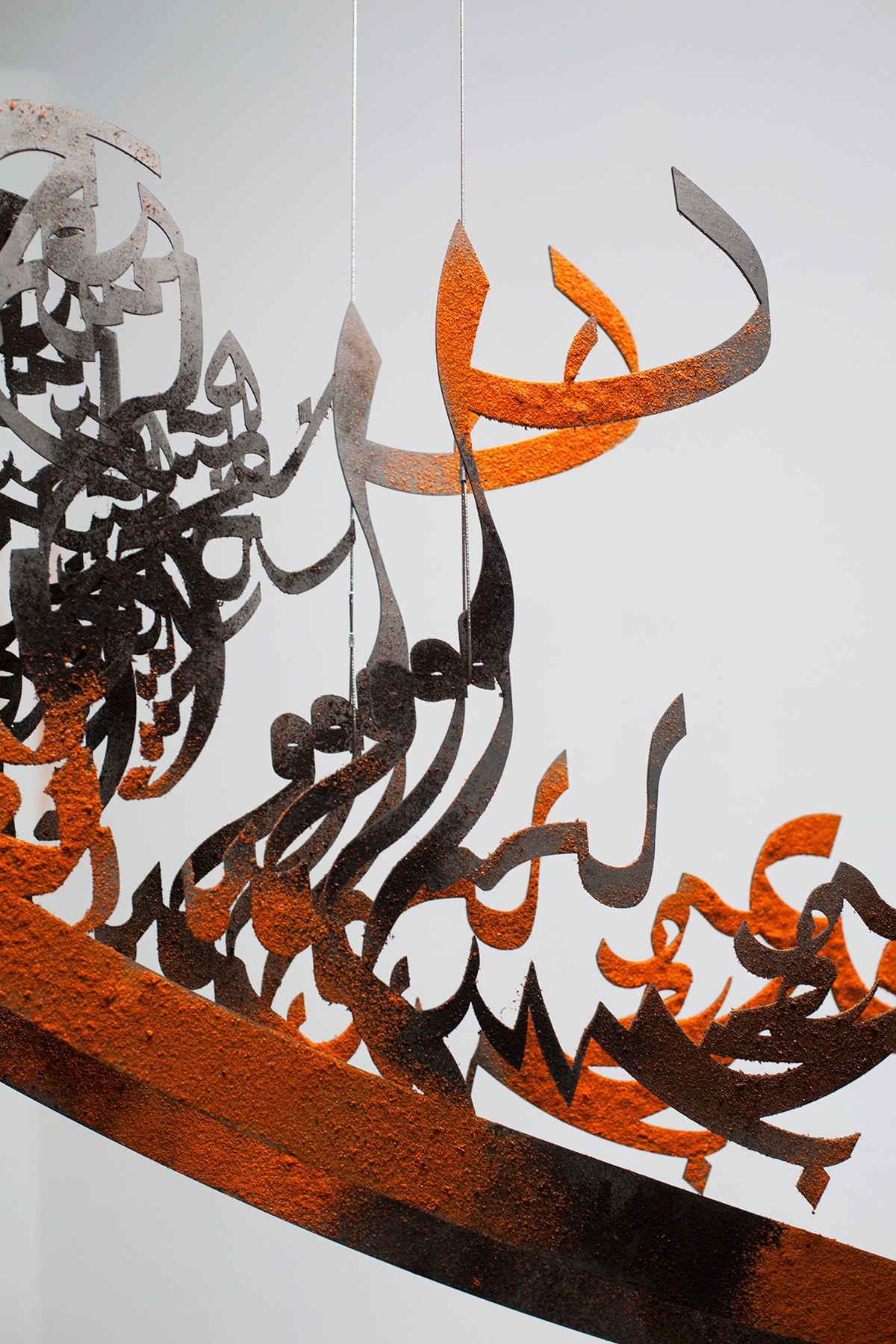 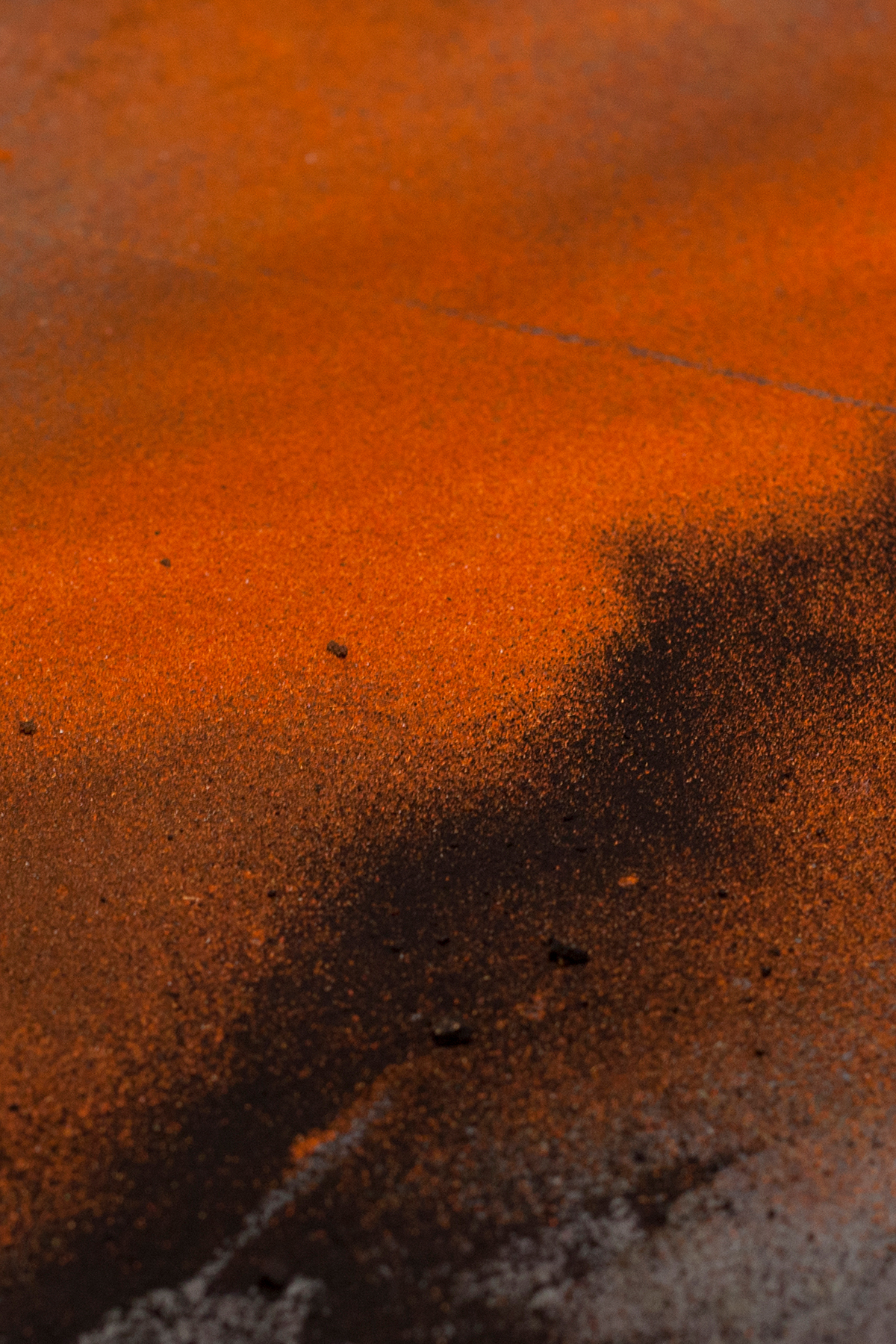