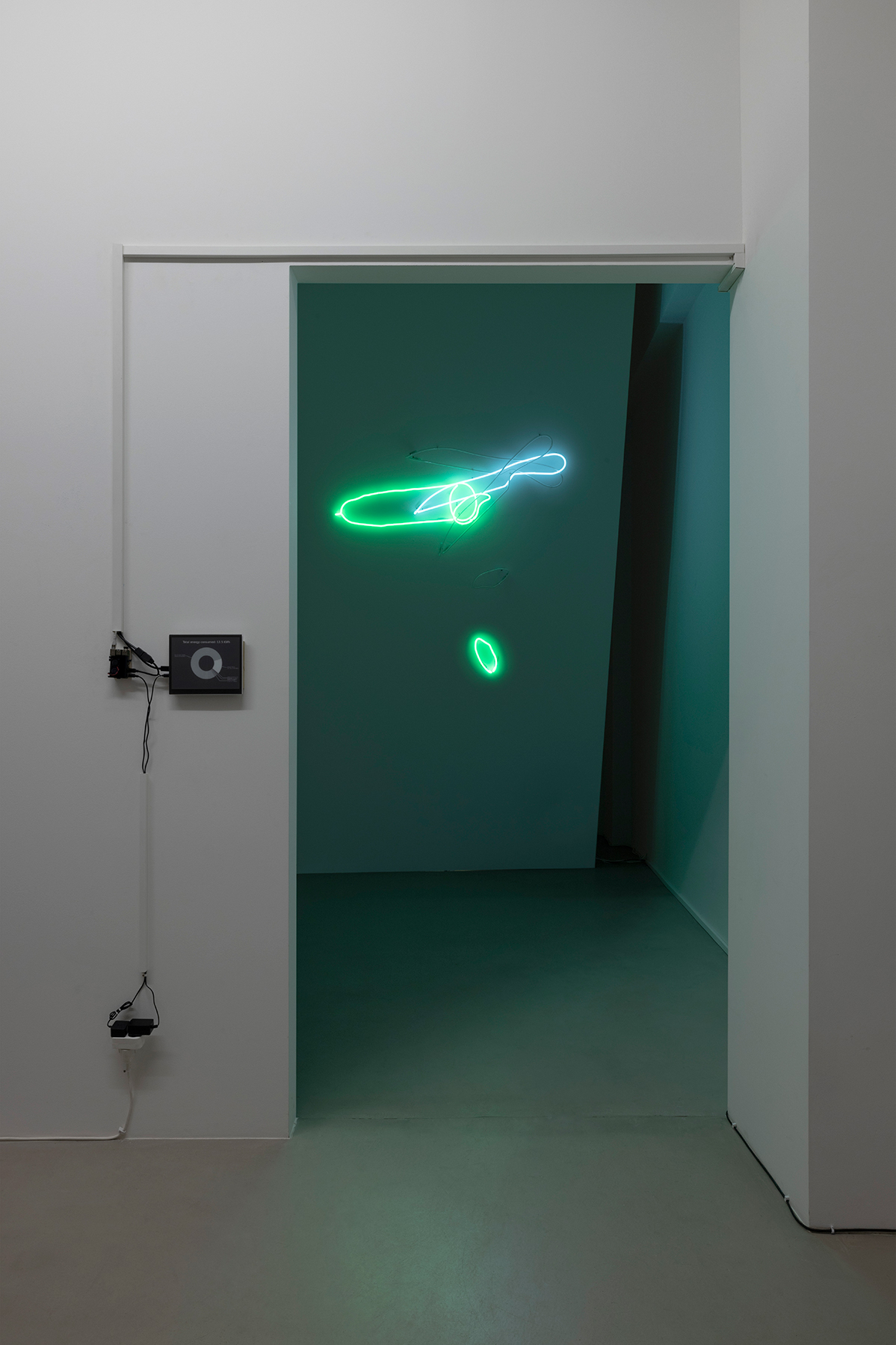 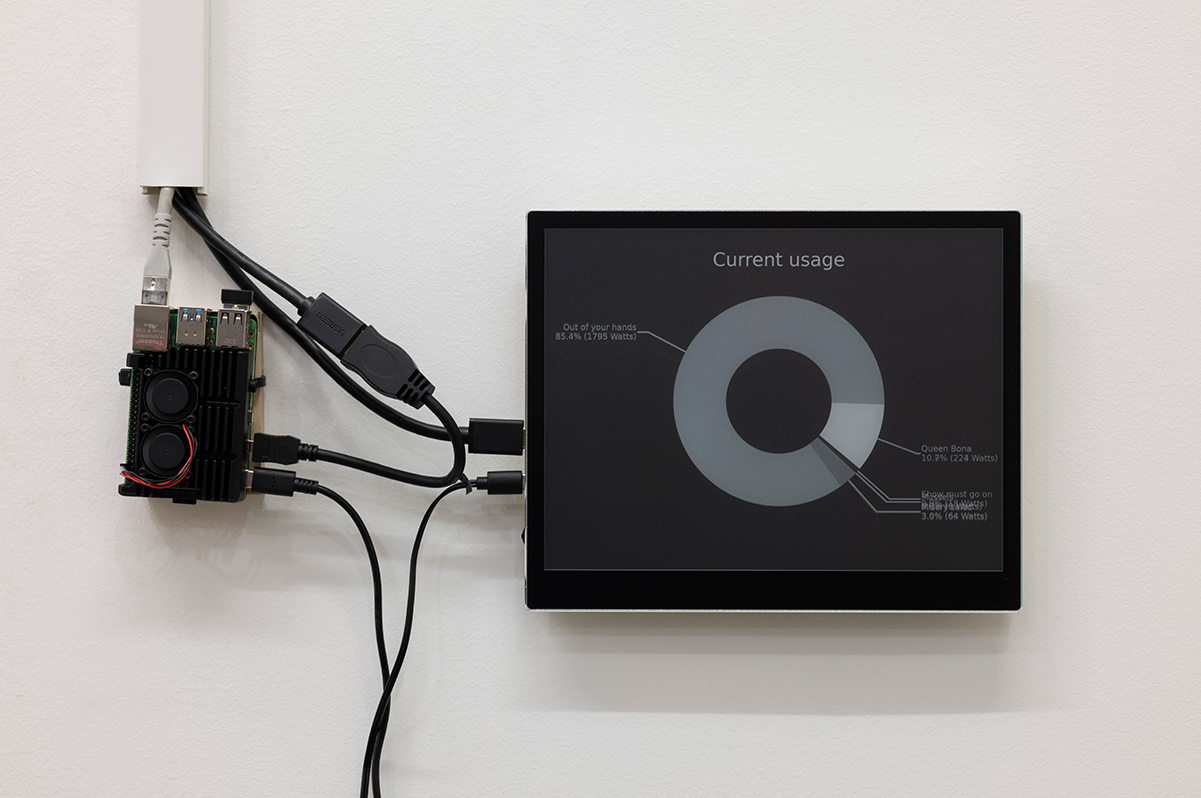 The exhibition Gallery Power LTD by Kasia Fudakowski (b. 1985, London) explores the relationship between power, energy and culture through real and artificial limits.

The sculptures on display include motors and lights, which visitors can choose to turn on and off. By activating each sculpture, the various elements of their composition will be illuminated to reveal connections to anecdotes and histories of power dynamics1. These energy-consumptive sculptures, however, will have a limit on the amount of power they can use within the exhibition’s two and a bit months duration.

At the entrance/exit to the gallery space, how much power remains will be displayed as a countdown timer in days, hours and minutes on an e-ink screen. When the energy limit has been reached, the sculptures will remain off for the rest of the exhibition.

The sculptures’ ability to ‘work’ is dependent on the energy (and power) provided by the gallery, along with the visitor’s attendance and engagement in turning them on or off. The more they engage, the more energy is consumed, leaving later visitors with less.

But visitors will not have complete control. One work will include a 2000 Watt spotlight which is controlled by an external mechanism. This element throws into question who has control in a cultural space as it pits personal autonomy against corporate, political, biological and historical decision-making bodies, ultimately critiquing the mechanisms which enable the circumstances of art making itself.

By creating an artificial limit on the amount of energy the power-hungry sculptures in the exhibition can consume, while handing over the power of decision-making from the artist to both the visitor and gallery, the exhibition turns into a site for experimentation, where an outcome can be predicted but not assured.

How energy is produced, consumed and allocated correlates to existing power structures. Equally dependent on the latter is the culture we create, promote, and consume. In the book Art & Energy, Barry Lord argues that culture and art are intrinsically linked to the resources available to us on earth. Lord traces a cultural line from humanity’s initial muscle and reproductive power to our early mastery of fire, through to our exploitation of fossil fuels and our current transition into more renewable energy resources, pointing out how each new source of energy transforms how we “interact with the world, organize our communities, communicate, and conceive of and assign value to art.”

Finding ourselves in the middle of an energy-source transition means that those power structures and cultures are being forced to change. And while change is inevitable and necessary, it is rarely without pain – pain experienced as a loss of power, energy and culture. Against the backdrop of an ongoing cost of living and energy crisis, a reassessment of what ‘growth’ might mean for the future is imperative.

Change itself requires huge amounts of energy; to push and pull established behavior, thinking and structures in new directions. Through the various motorized and illuminated works this energy and its limits are manifested, while also revealing less visible limits which we negotiate in our very human pursuit of control, growth and happines

The programming and set up for the exhibition’s energy monitoring system was created in collaboration by Lucas Bueno Maia. The exhibition – as well as the gallery – is powered by Kunststrom. Founded by artist Pablo Wendel in 2012, Kunststrom is a not-for-profit CO2 negative energy supplier that generates energy through art. It is produced on site at E-WERK Luckenwalde, the world’s first contemporary art institution to be powered by means of its own production.

(1) Each of the individual sculptures correspond with a story the artist uses as a point of departure. Visitors are encouraged to decipher the circuit-grid of the sculpture’s research components on the inside of this text. The sculptures act as a ‘distraction’ to the overarching concept of limitation, to simulate the disparity between personal and global perspectives. 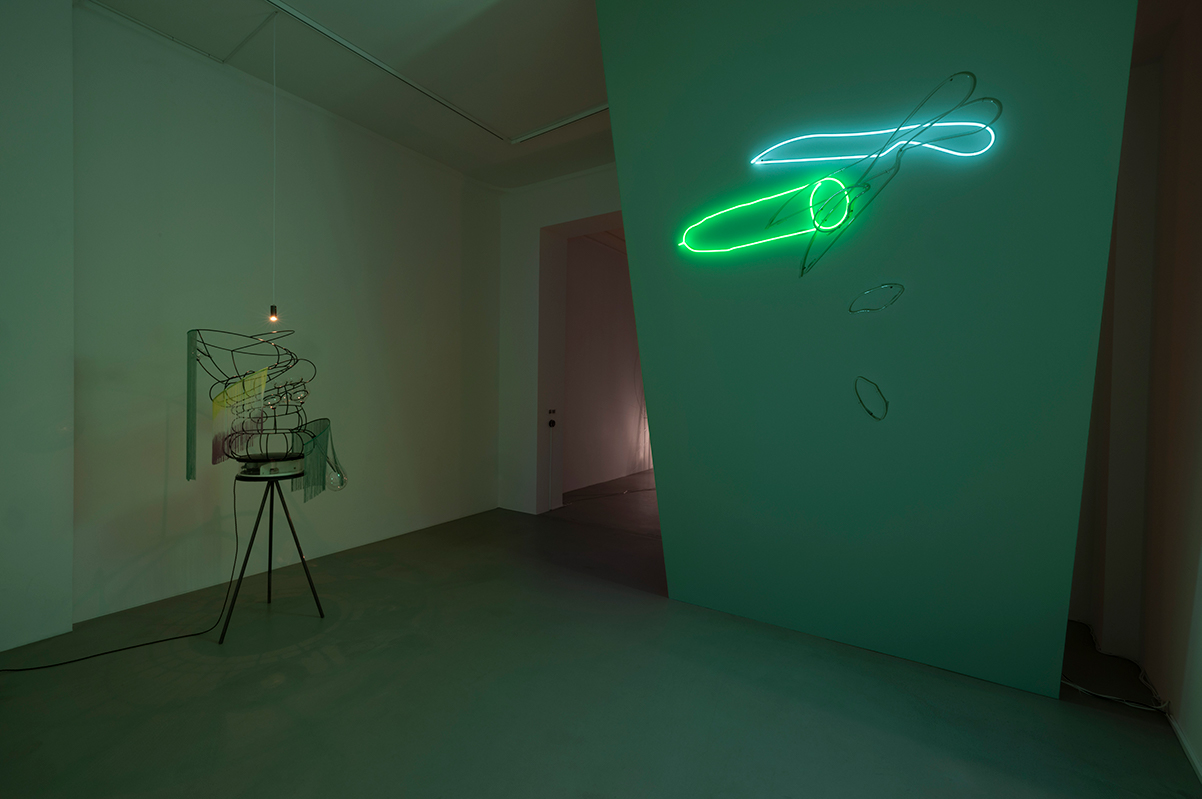 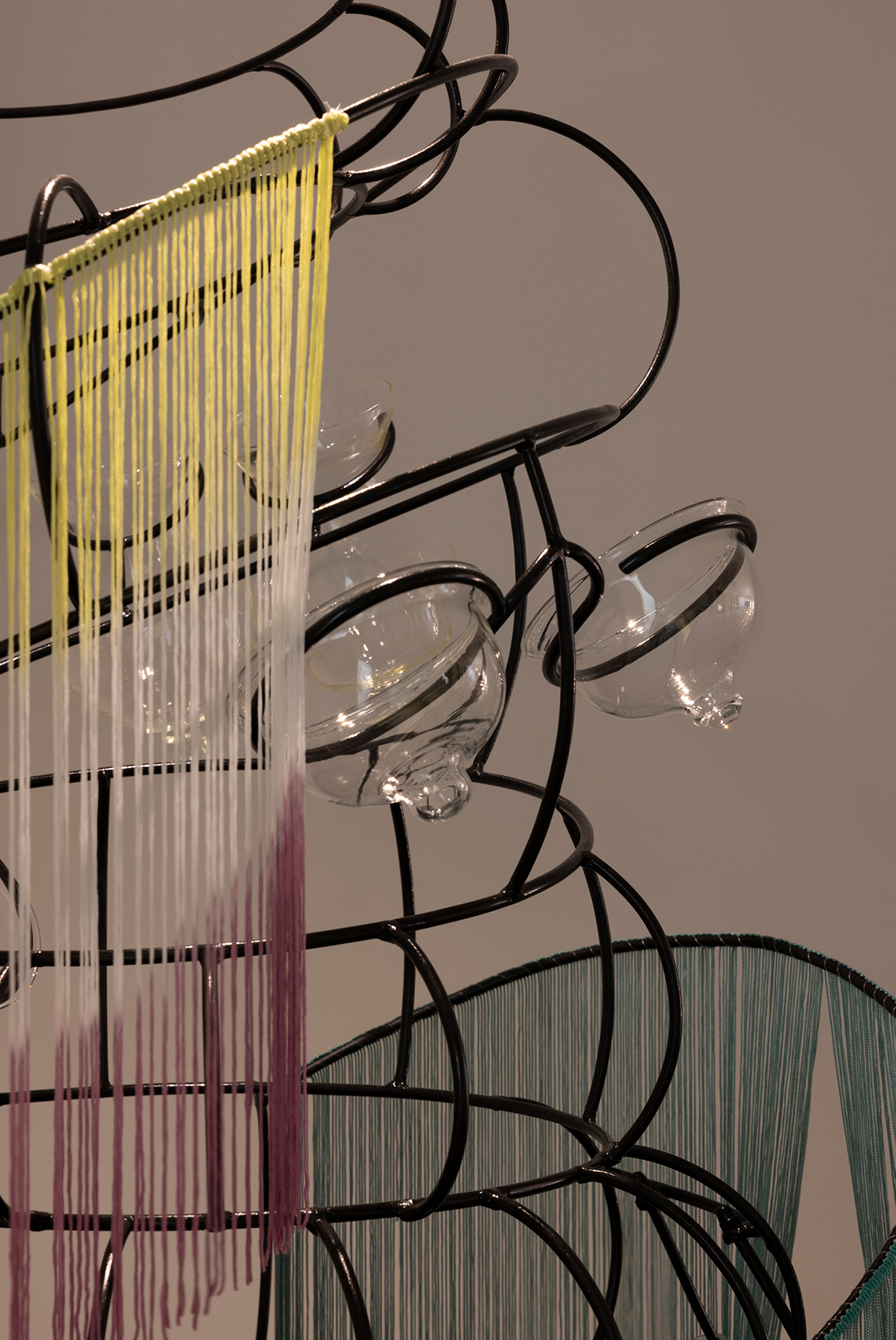 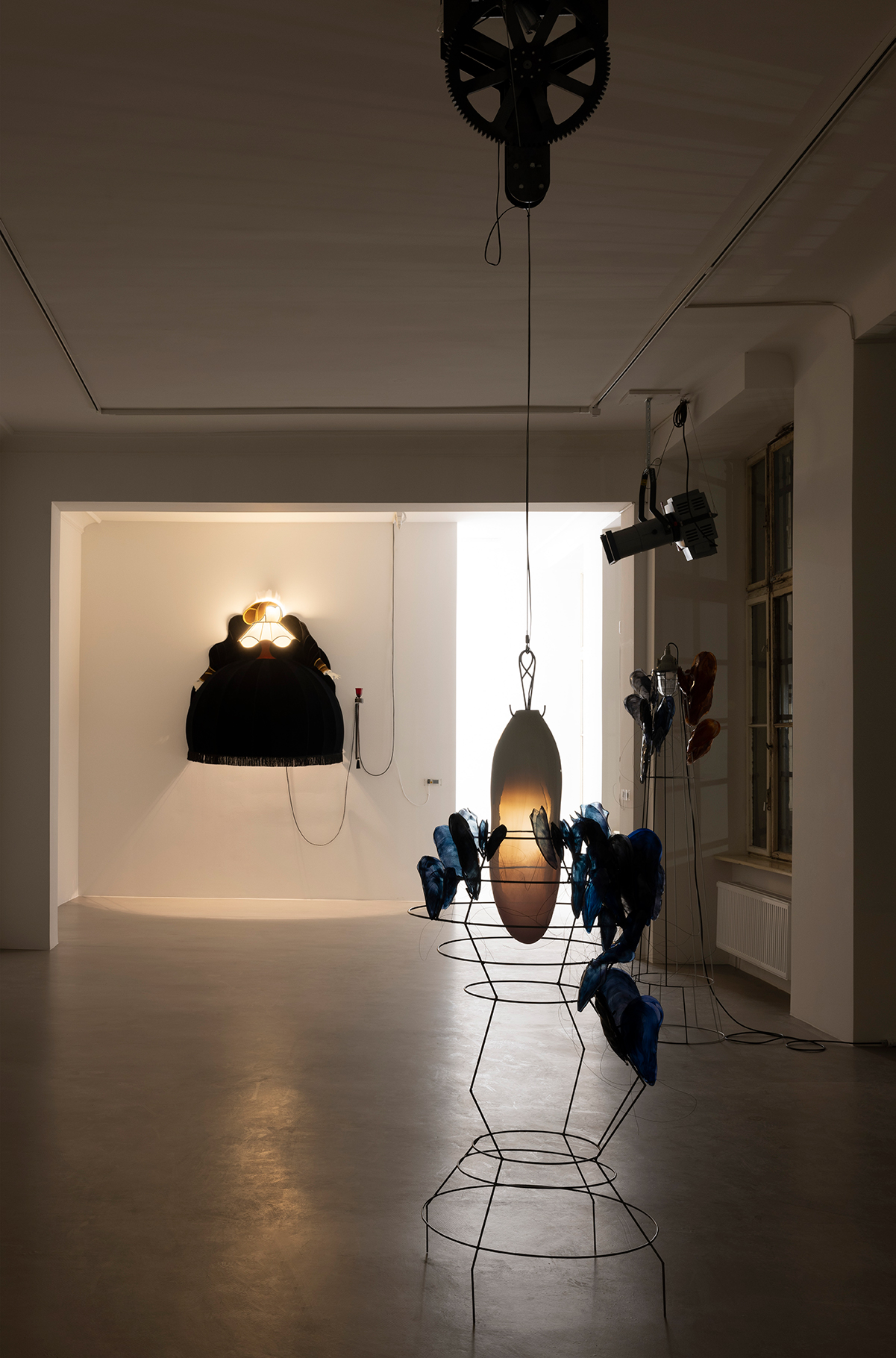 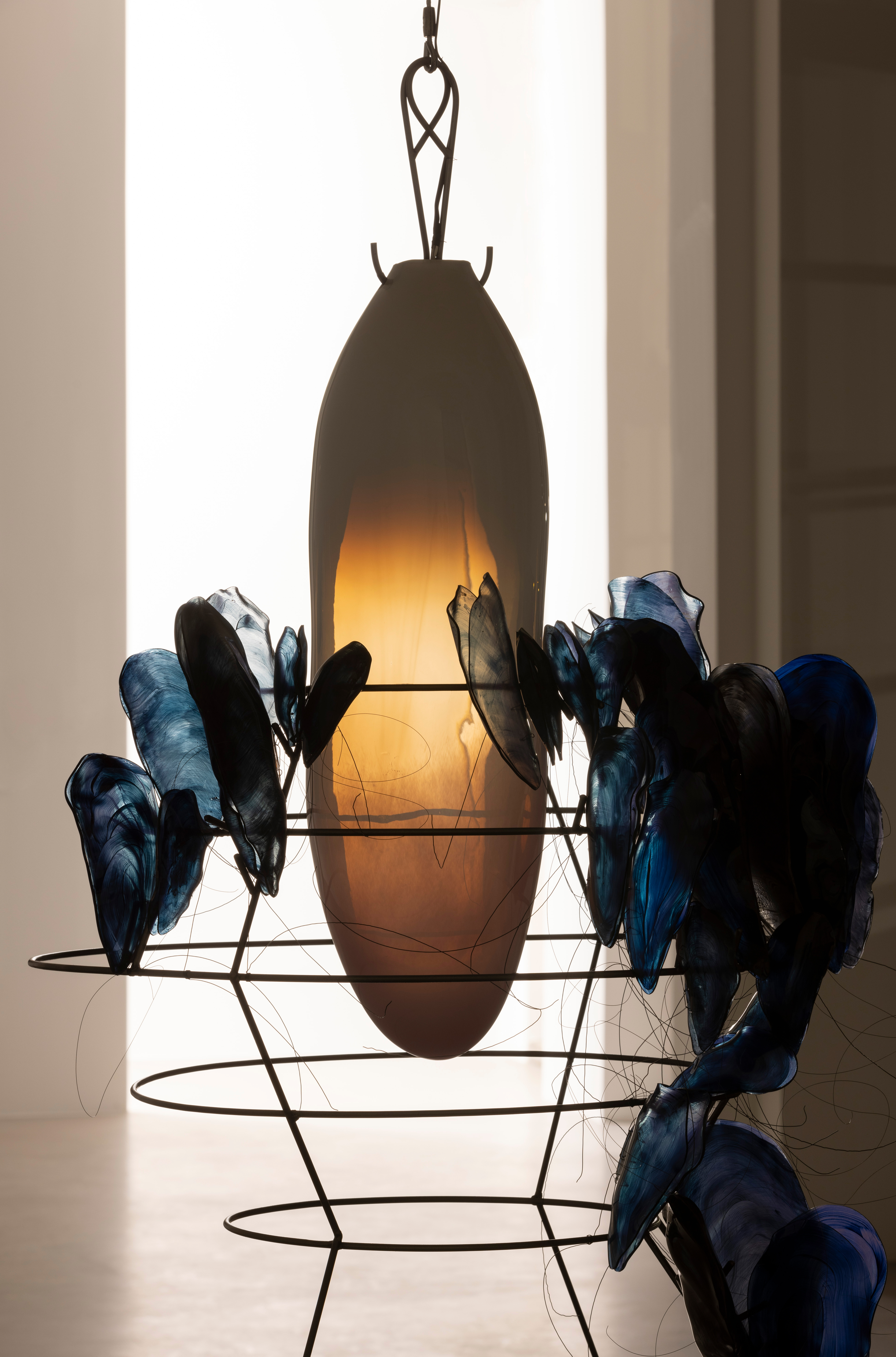 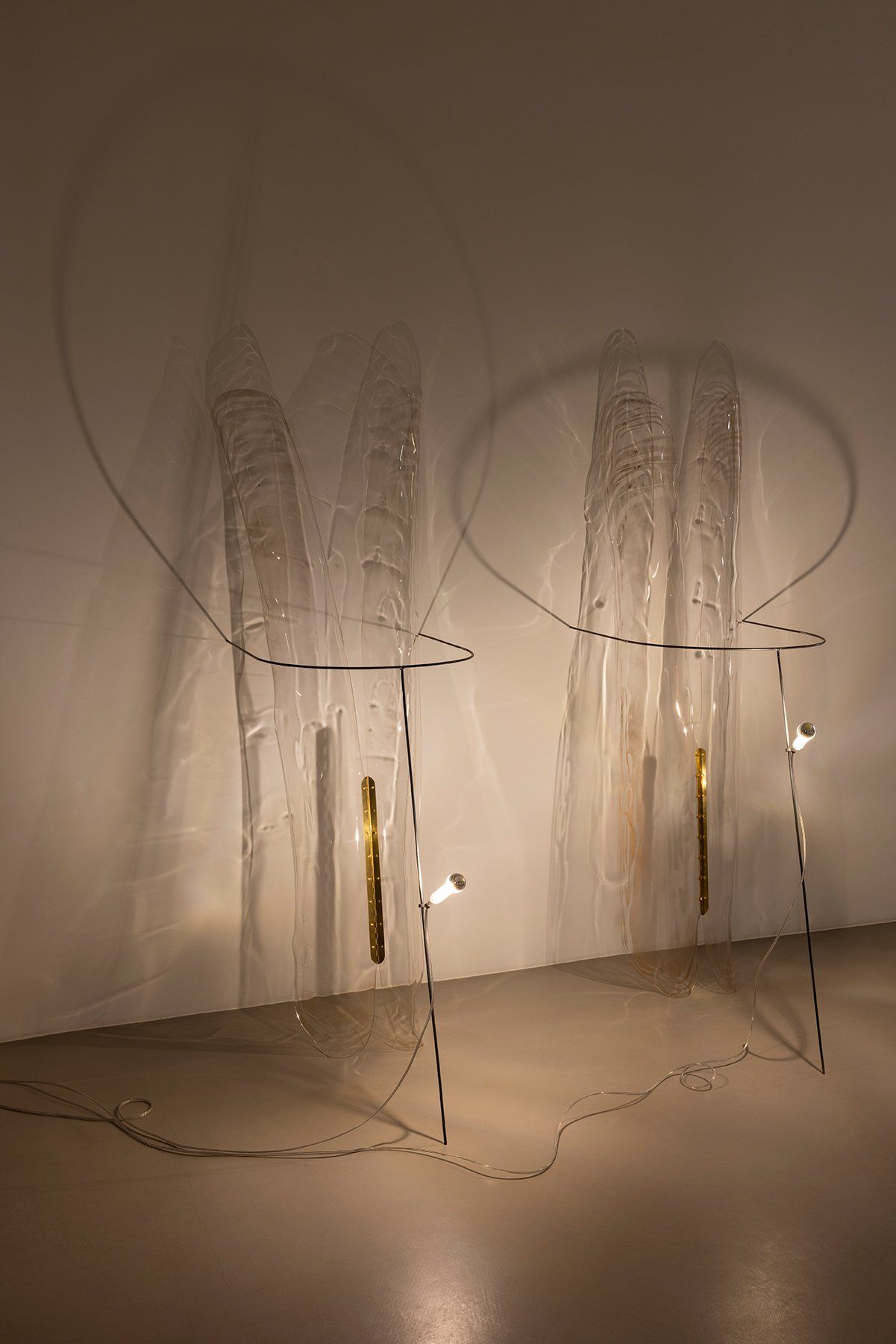 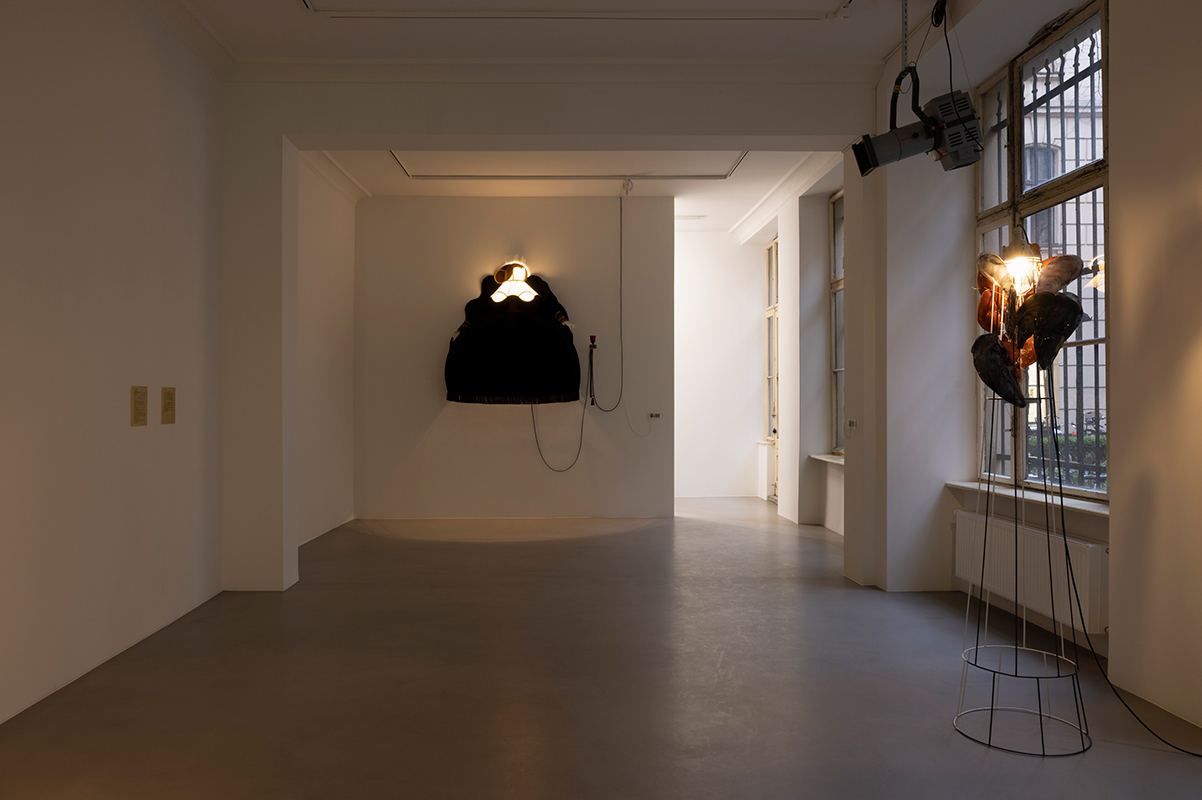 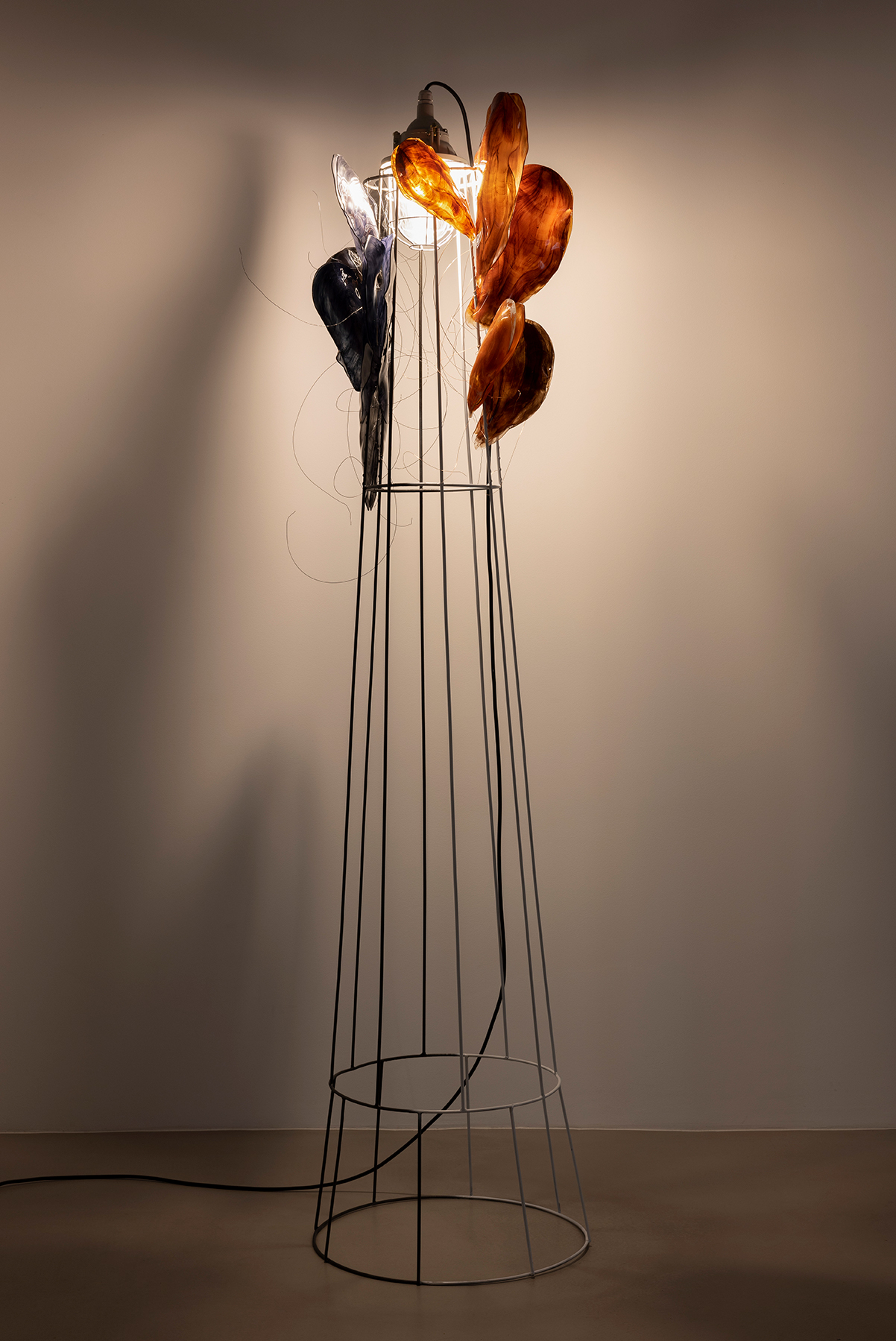 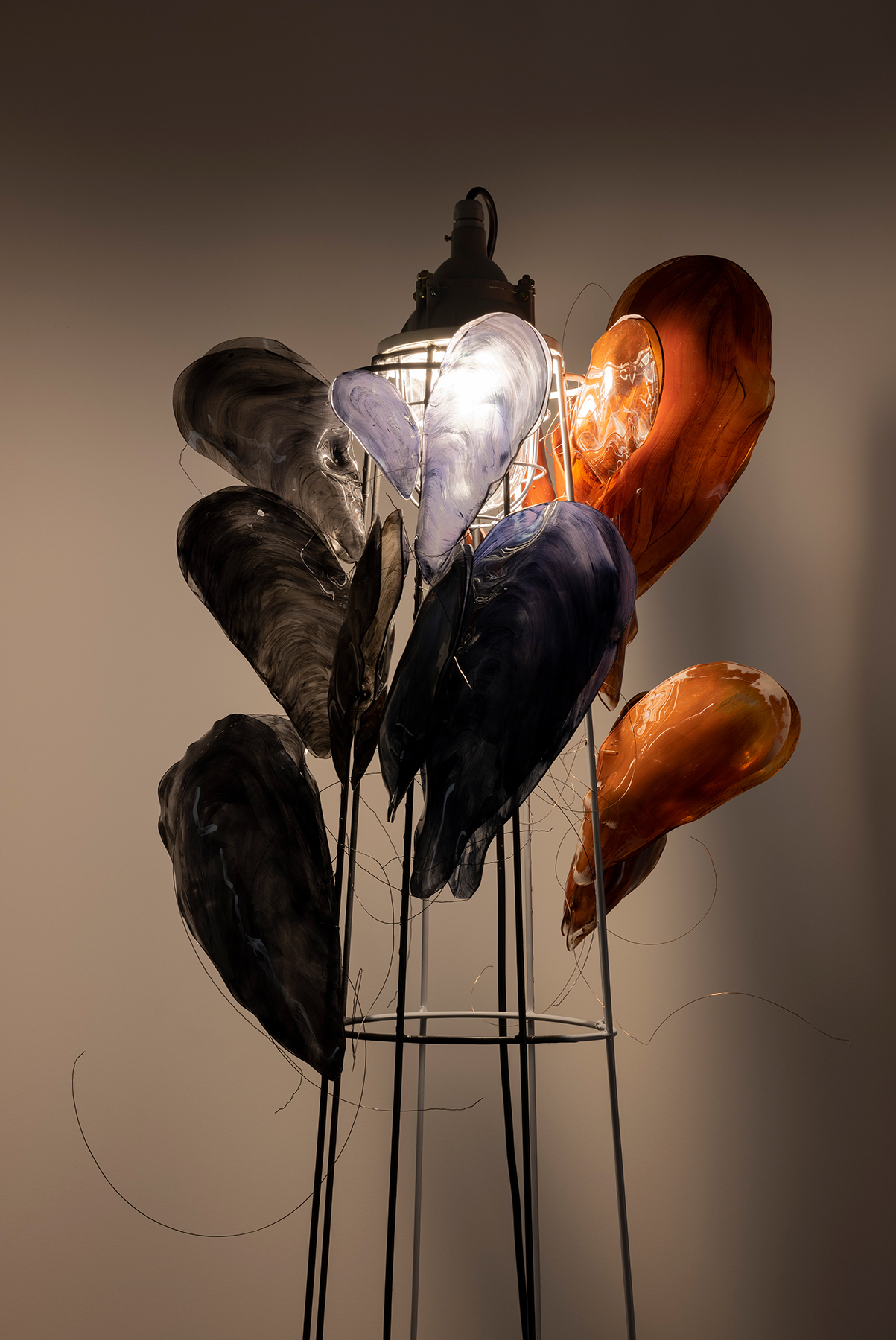 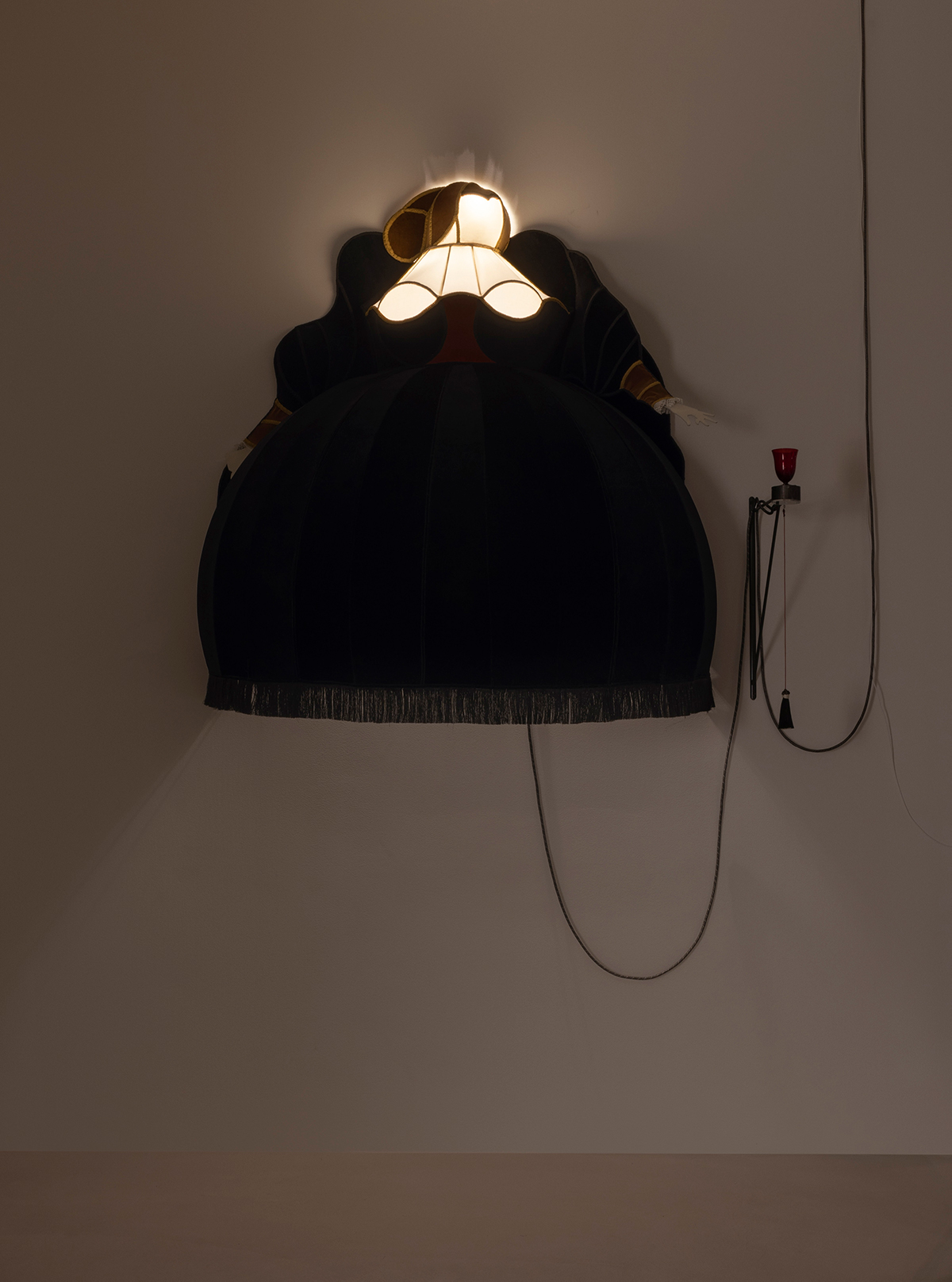 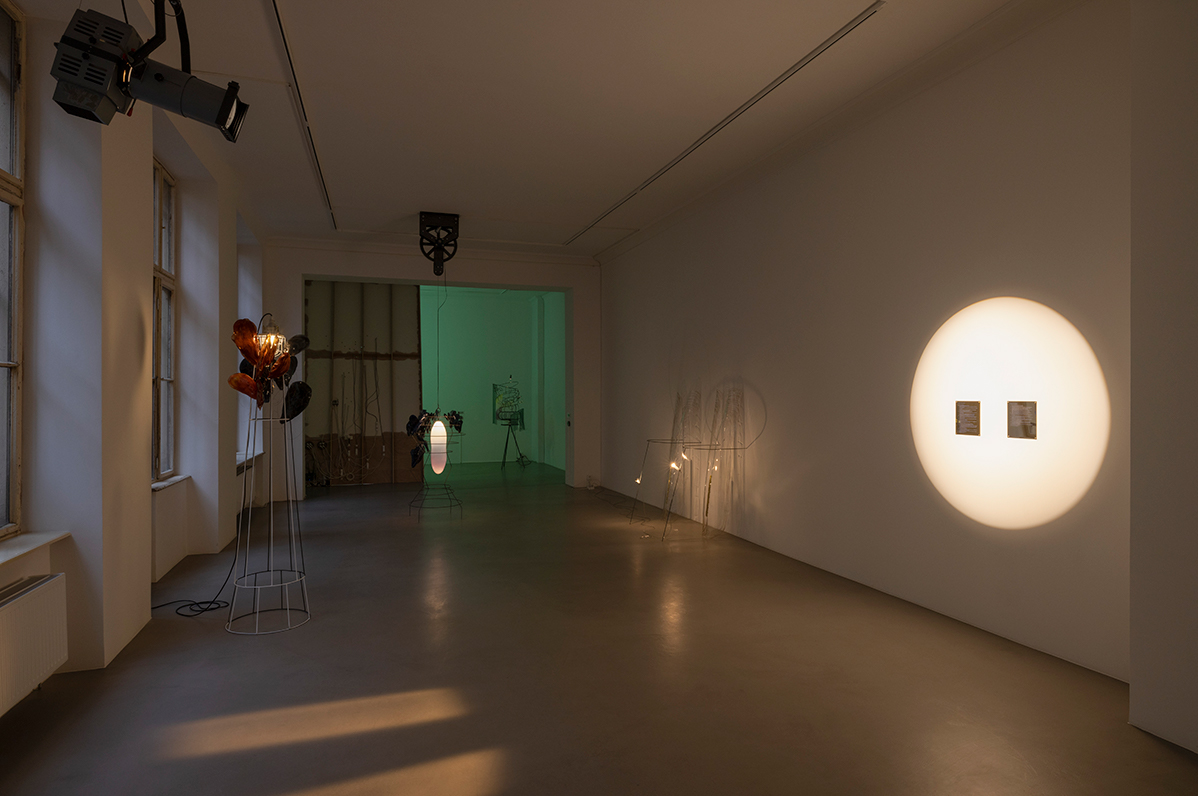 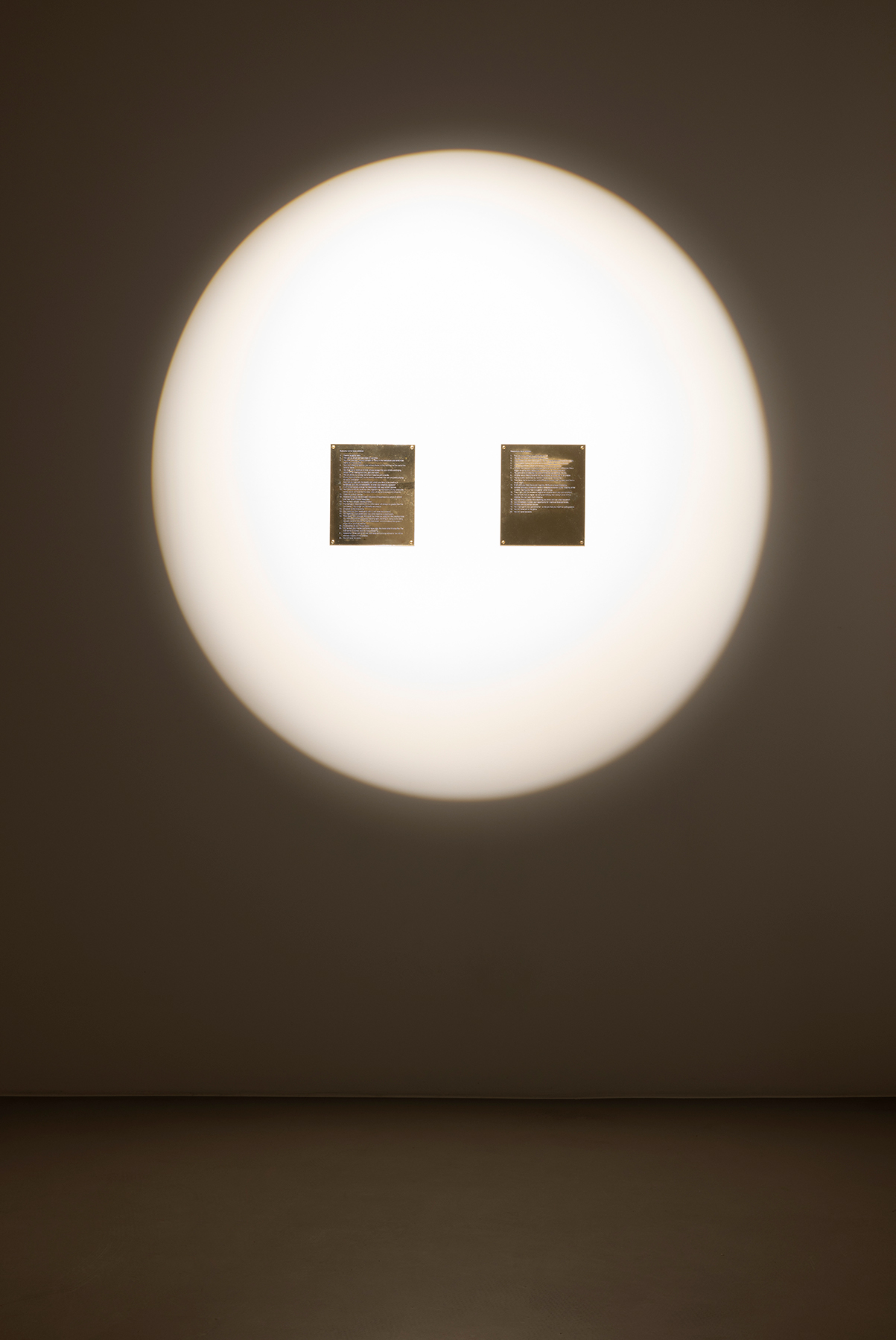 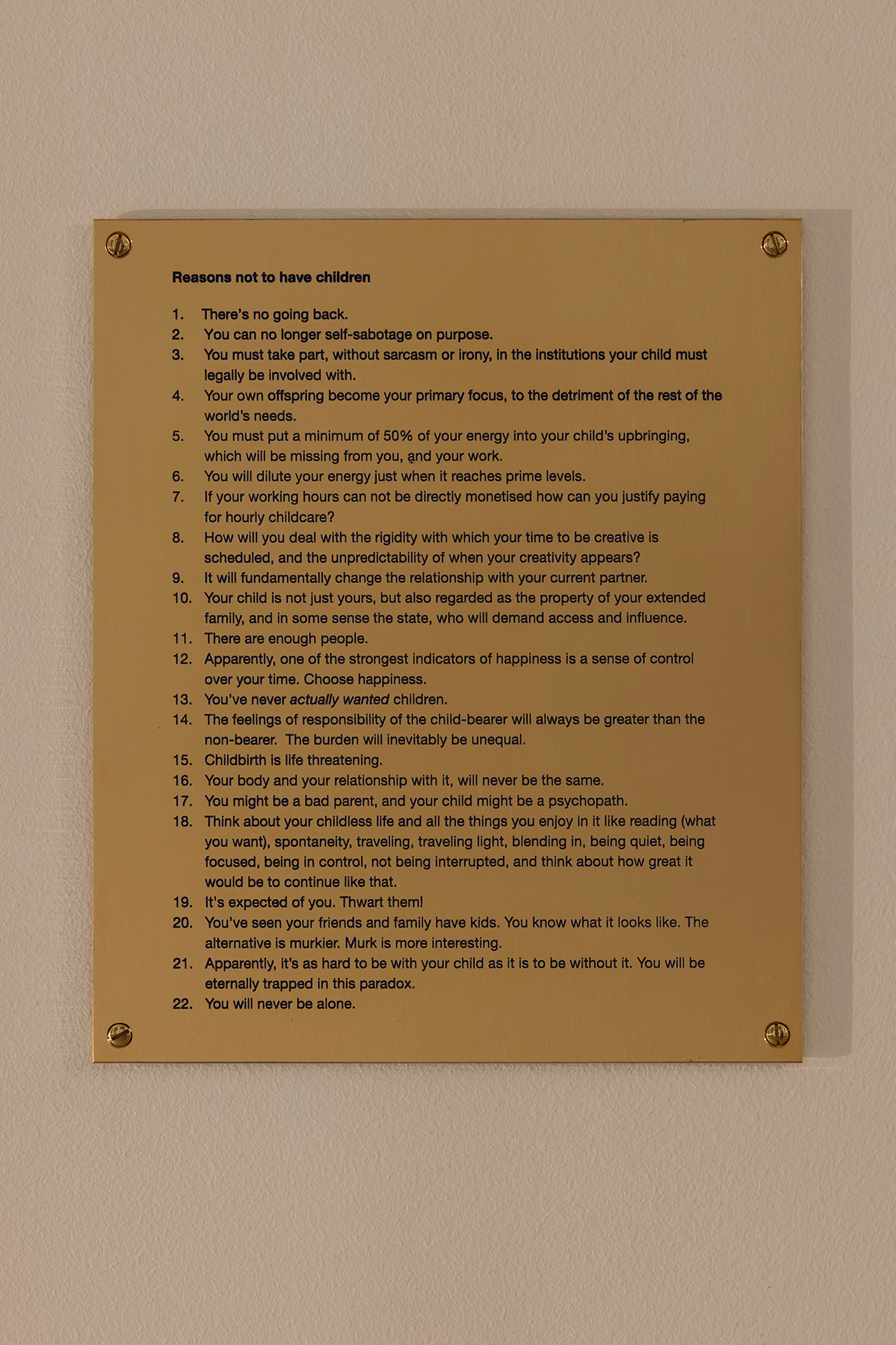 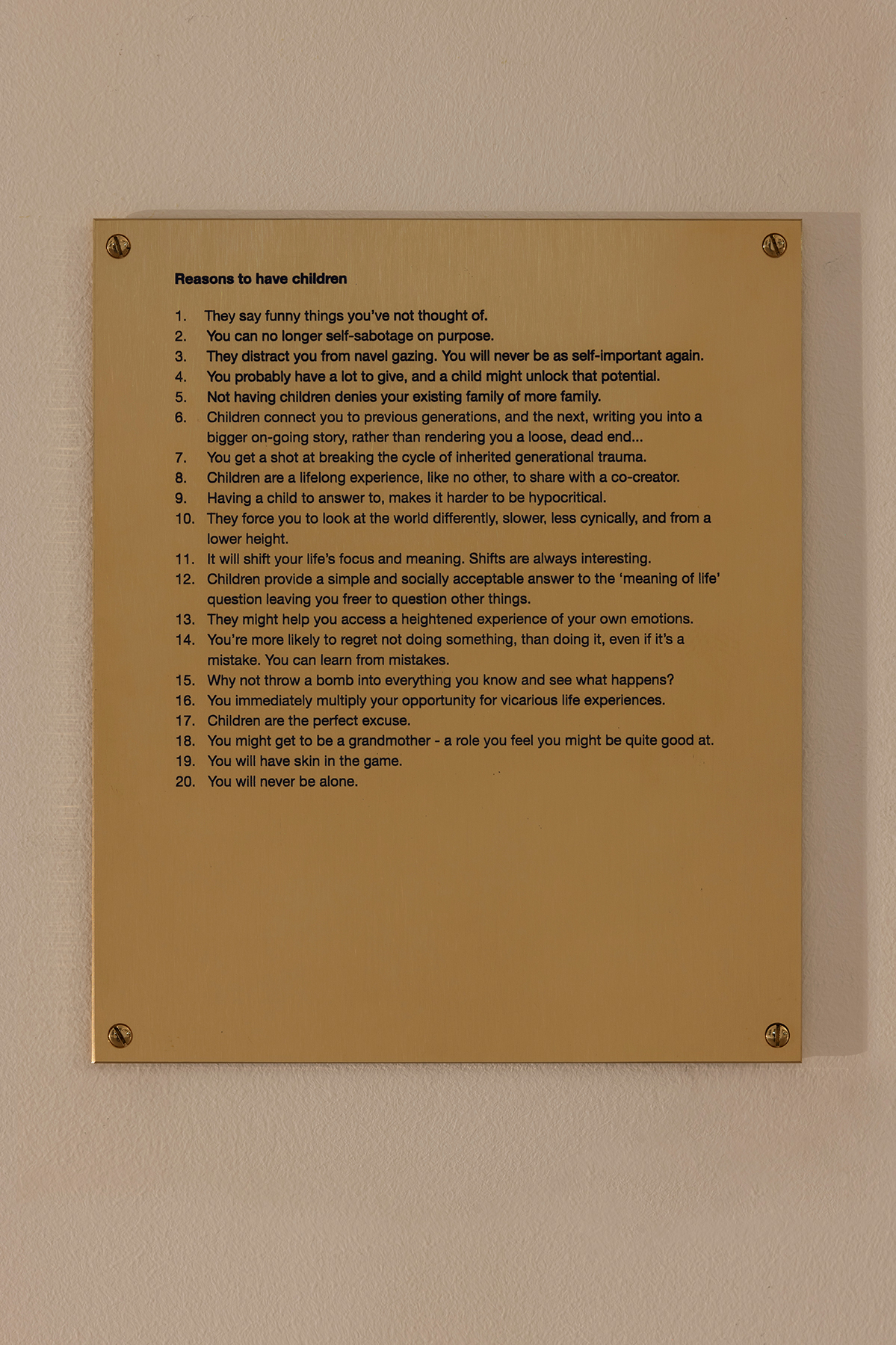 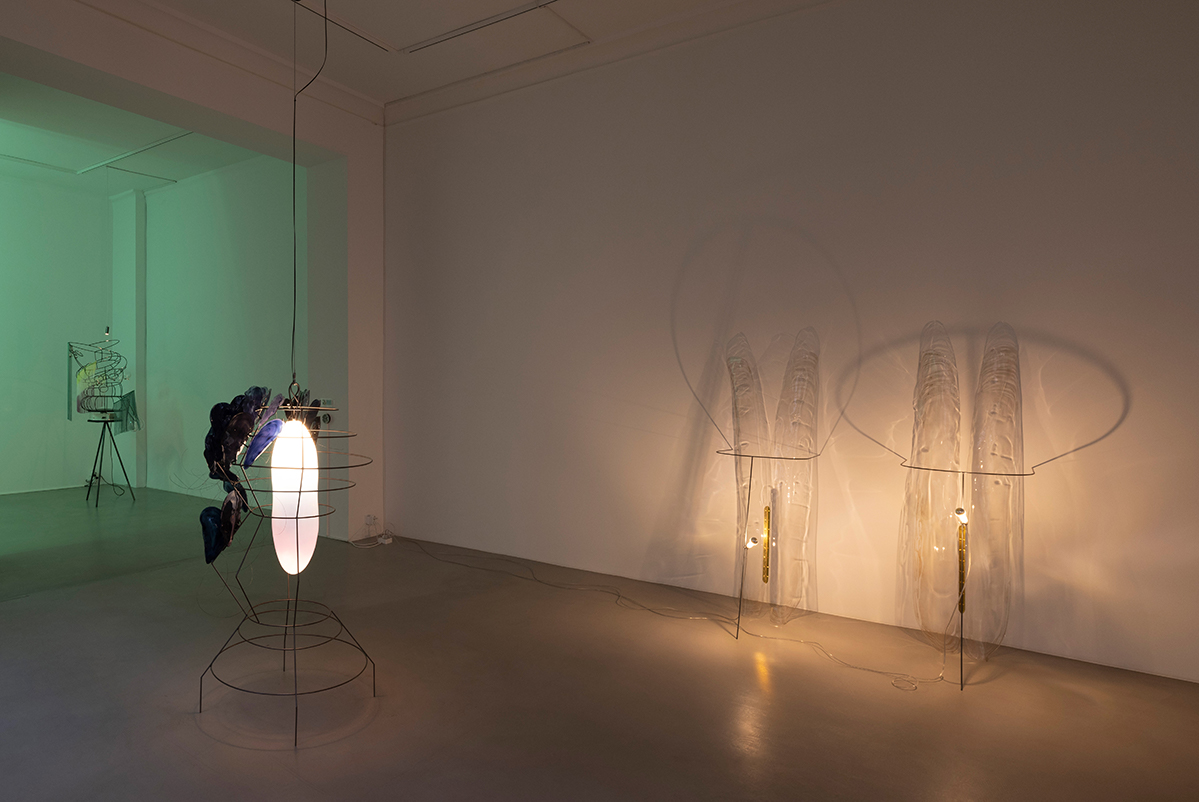 Kasia Fudakowski (b. 1985, London) lives and works in Berlin. She studied at the Ruskin School of Drawing and Fine Art, Oxford University, graduating in 2006 before moving to Berlin.

Her diverse and playful practice, which includes sculpture, film, performance and writing, explores social riddles through material encounters, surreal logic and comic theory. Her ever-expanding, life-long sculpture Continuouslessness, (2017- ongoing), employs a fixed modular system of connecting panels to allow for complete sculptural freedom within its rigid framework and is intended to reach completion only in the event of the artist’s death.

Often referring to the allure and danger of binary categorization and the subsequent absurdity that it unfolds in our political and social climate, her work reveals the discrepancies amongst cultural norms. Her interest in the limitations of language is explored through her ongoing film series Word Count, (2016 – ongoing) which takes as its premise a globally limiting law on the amount of permitted spoken words.

Where she employs comic mechanisms, the tragic is never far behind, so that her work often hovers between the horrific and the comic. Frequently the target of her own attacks, she explores her own role as an artist and the stereotype thereof with both a seriousness and irreverence typical of her approach. Her long-term infatuation with failure, and redefining success, has resulted in a number of tragi-comic performances and pieces of writing.