The project creates a relation between a series of works by Italian artists and the locations where Andrej Tarkovsky (1932-1986) filmed Nostalghia (1983), the sixth and second to last movie by the Russian director, which was also the first realized outside the Soviet Union. The strongly autobiographical picture is filled with a constant feeling of pain and longing for the director’s home country, sentiments that are underlined by the framing of the Italian landscapes that constantly recall Tarkovsky’s beloved Russian countryside.

Endless Nostalghia pulls together the personal sentiment of nostalgia expressed in Tarkovsky’s film and the one universally felt during the COVID-19 emergency lockdown, when it was forbidden to leave the house, cross borders and visit the places we love.

Giorgio Andreotta Calò’s works, Medusa (2016) and Pinna Nobilis (2016-17), were installed within the ruins of the Sunken Church of Santa Maria in Vittorino, close to Cittaducale (RI); the cycle of silver sculptures Trevis Maponos (2020) by Namsal Siedlecki was placed in the thermal baths of Piazza delle Sorgenti, in Bagno Vignoni. Lucia Leuci’s work Sculpture (Piero), realized for the occasion, was installed in the Museo della Madonna del Parto in Monterchi, in order to create a dialogue with the fresco by Piero della Francesca preserved there. Monia Ben Hamouda’s work Blair (2020) and Michele Gabriele’s Sitting on the ground, so I will remember it as a nice atmosphere (2020) were also conceived for this exhibition, and installed respectively in Piazza del Campidoglio and between Piazza del Campidoglio and Via dei Condotti, in Rome.

For a brief period of time each place hosted an “impossible” solo show, that only exists through its photographic documentation, highlighting the idealized and detached nature of all communication carried out through digital devices. 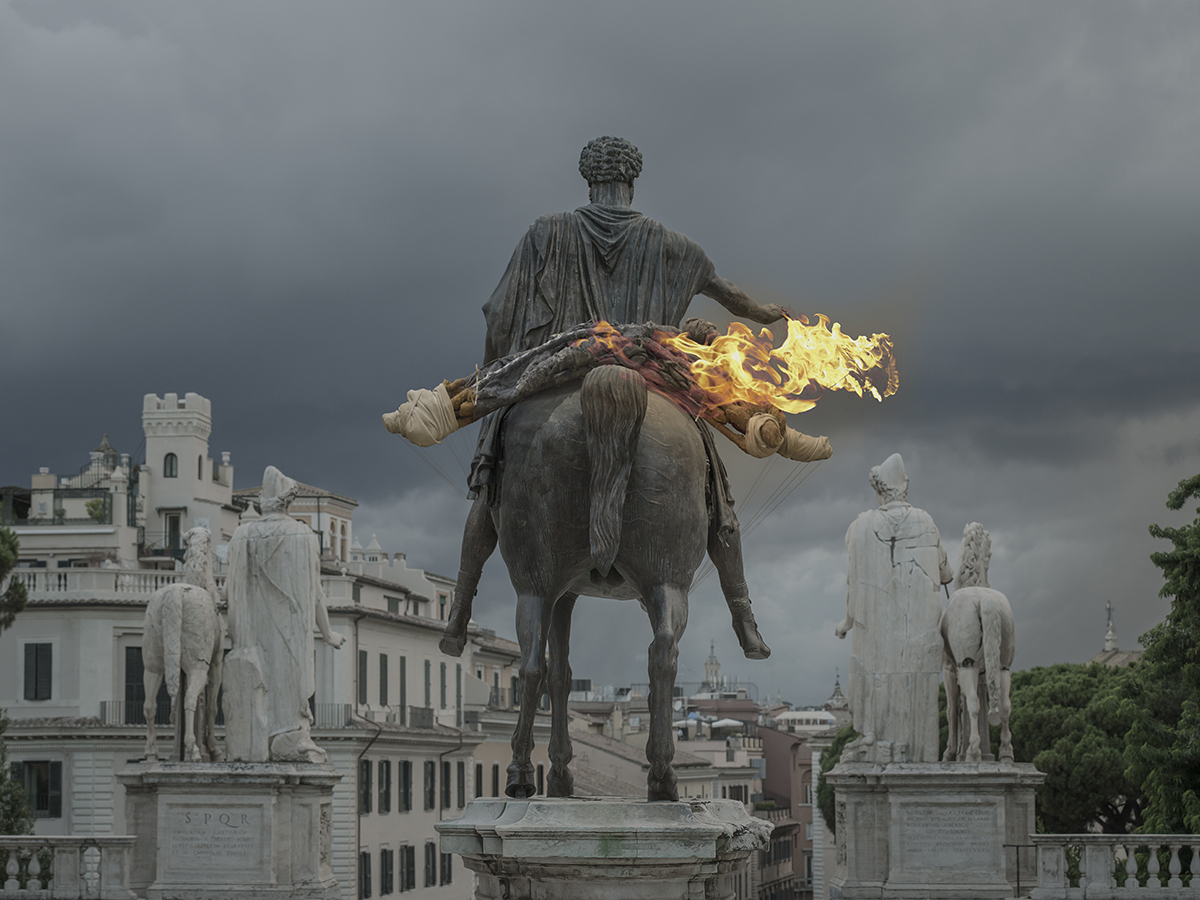 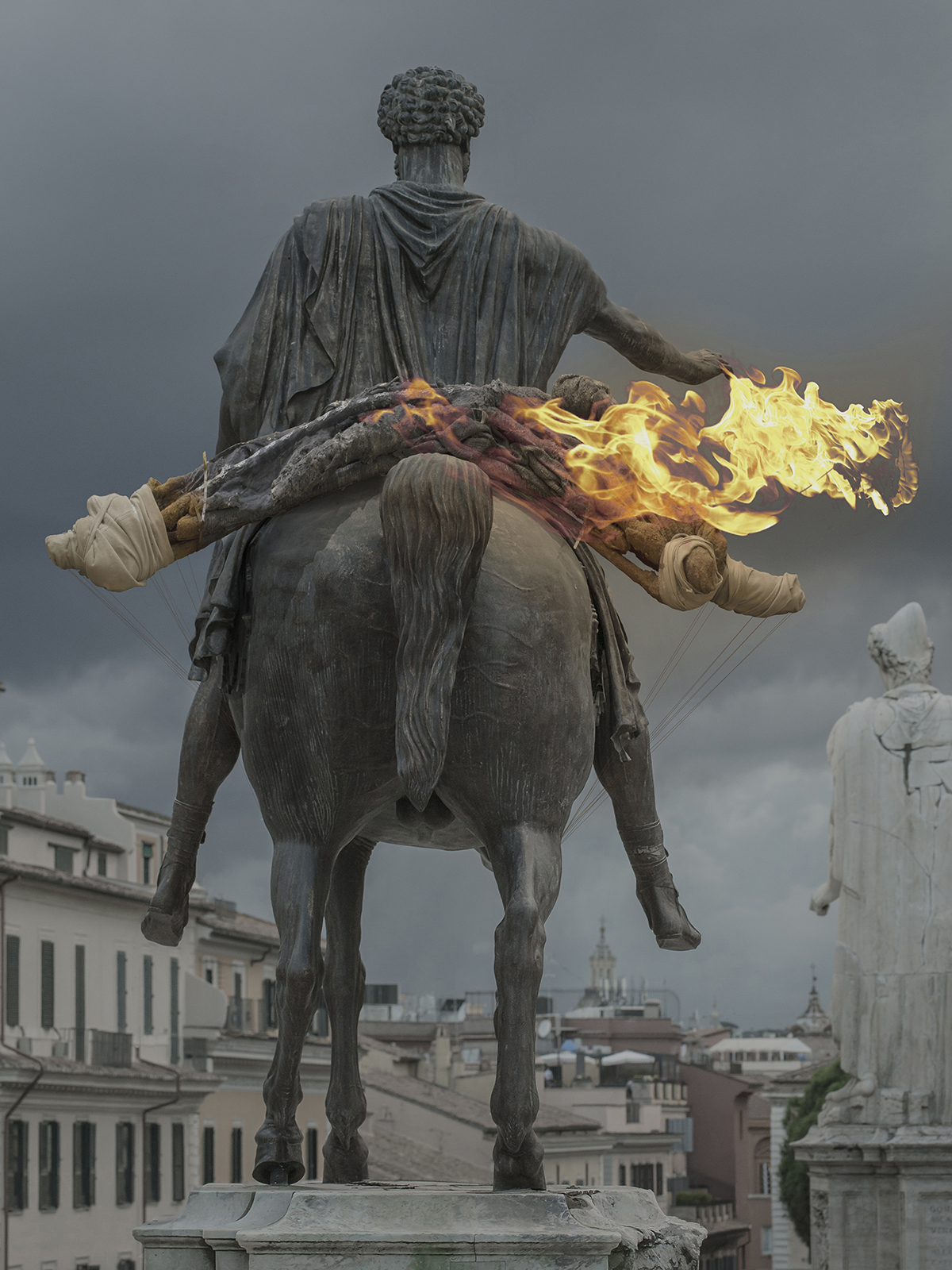 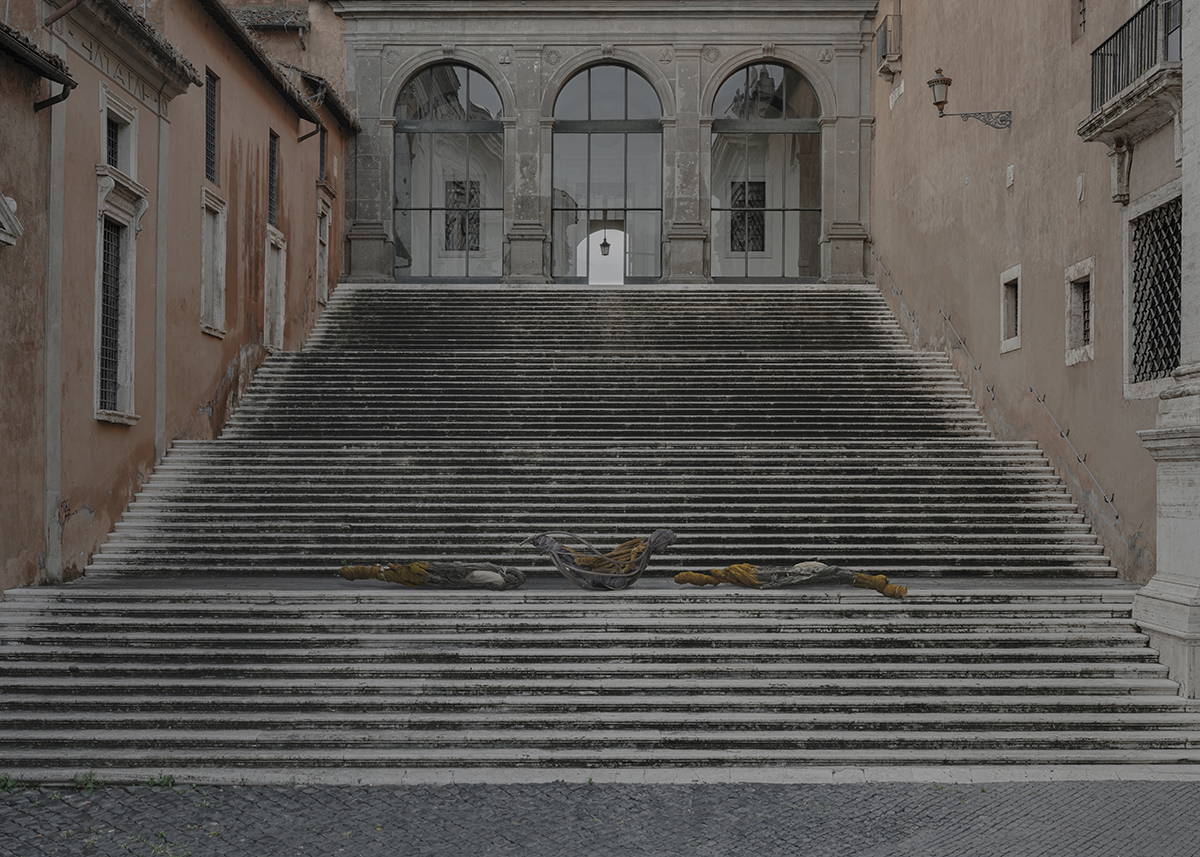 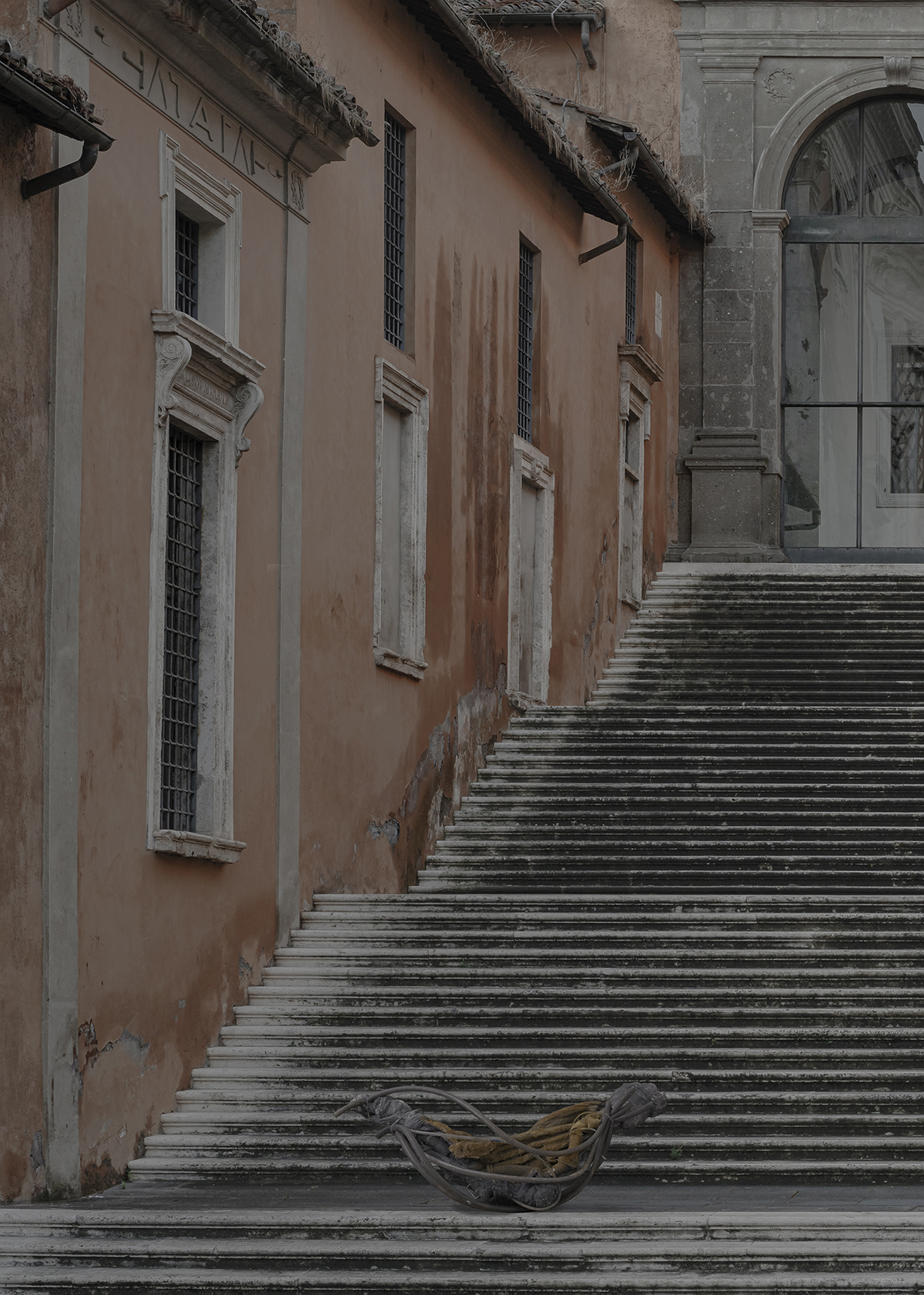 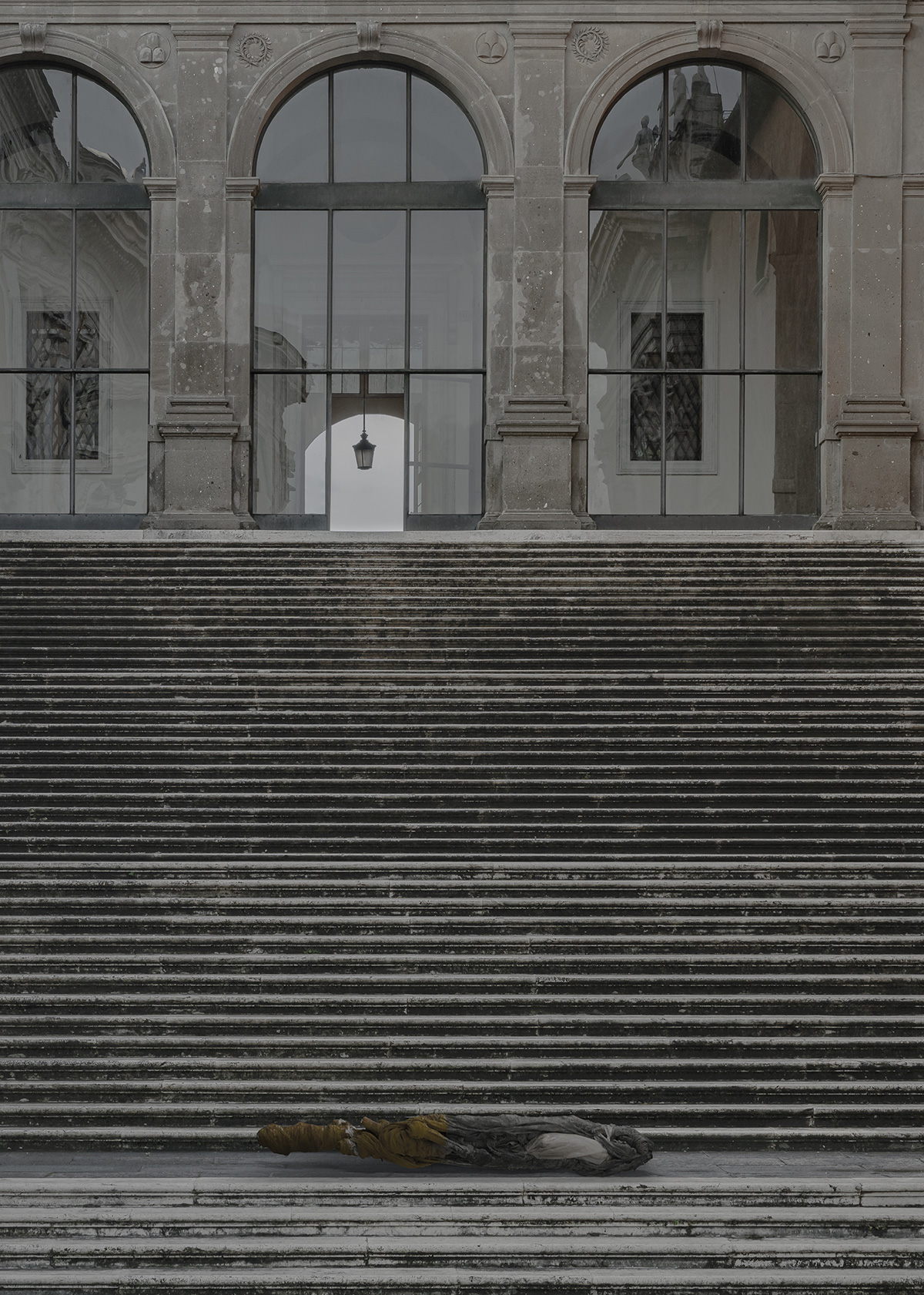