The work of Rodrigo Hernández (Mexico City, 1983) draws on vocabularies from visual culture and investigates the world of images based on aesthetic references from multiple historical periods and creative fields such as fashion, design, art, crafts, and decoration. Through traditional techniques such as drawing, sculpture, and painting, he explores the way in which images are created and generates a singular language that combines abstraction and figuration.

In this exhibition, commissioned by Museo de Arte Moderno de Medellín and Museo Jumex (Mexico City), Hernández approaches the work of Colombian artist and researcher Antonio Grass (1937, Oiba, Santander) and speculates on a possible encounter between the artist and Danish designer Verner Panton (1926, Gamtofte-1998, Copenhagen). In 1969, while Panton was in Hamburg working on the interior design of the new offices of the German newspaper Der Spiegel (The Mirror), Grass traveled to New York to specialize in lithography, a technique he would later use to illustrate five books in which he would compile the designs and motifs observed in pre-Columbian goldsmithing, ceramics, and textiles. Despite the distance between their lives and their respective works, one motif or shape would unite them: the circle.

The Mirror presents a complex spatial situation in which a group of new sculptures, produced by Hernández during a research and production residency at MAMM, interact within a space covered by an immersive mural painting. This exhibition seeks to conjure up the possibility of an encounter between two characters—Panton and Grass– both dissimilar and real, and to suggest to the visitor a scene in which the limits between paintings and sculptures and between fiction and reality are blurred. Therefore, the exhibition becomes a real situation that juxtaposes different creative universes that are, in both principle and essence, incompatible. The result is a metaphor that proposes similarity or closeness between different objects and, as a consequence, the ability to reveal what is common between them. 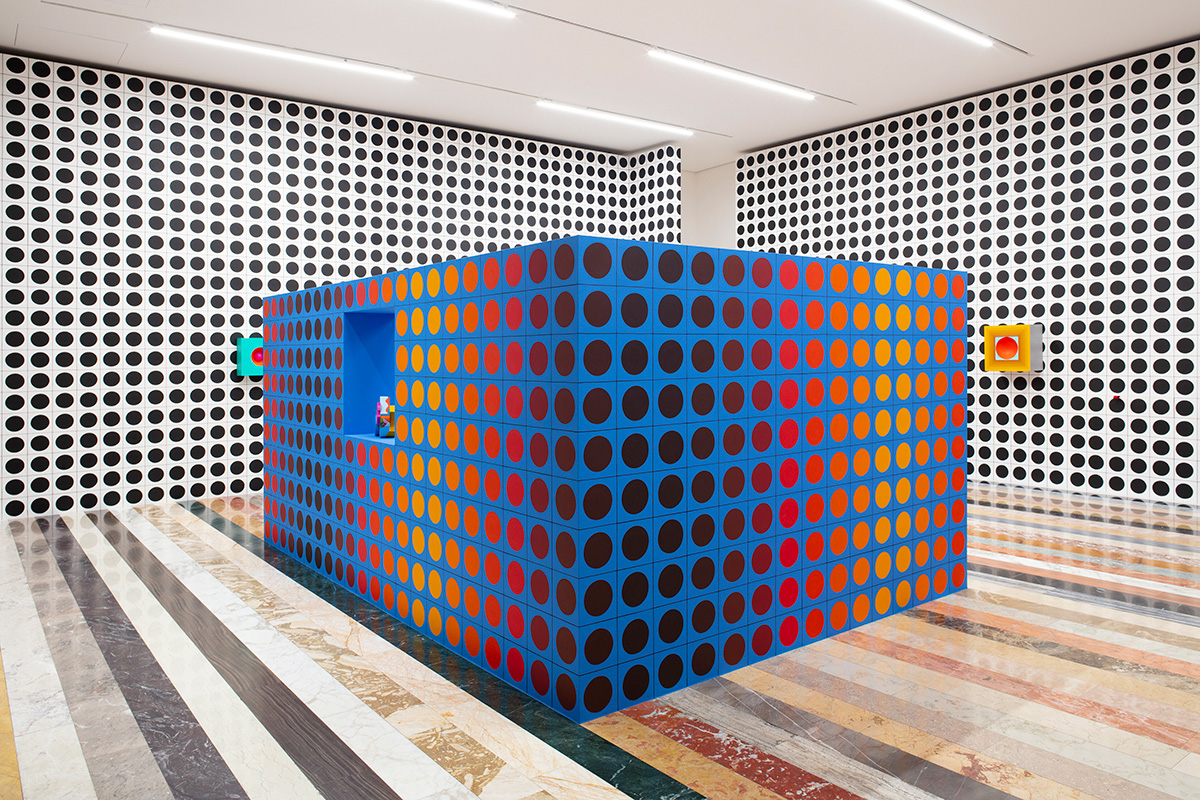 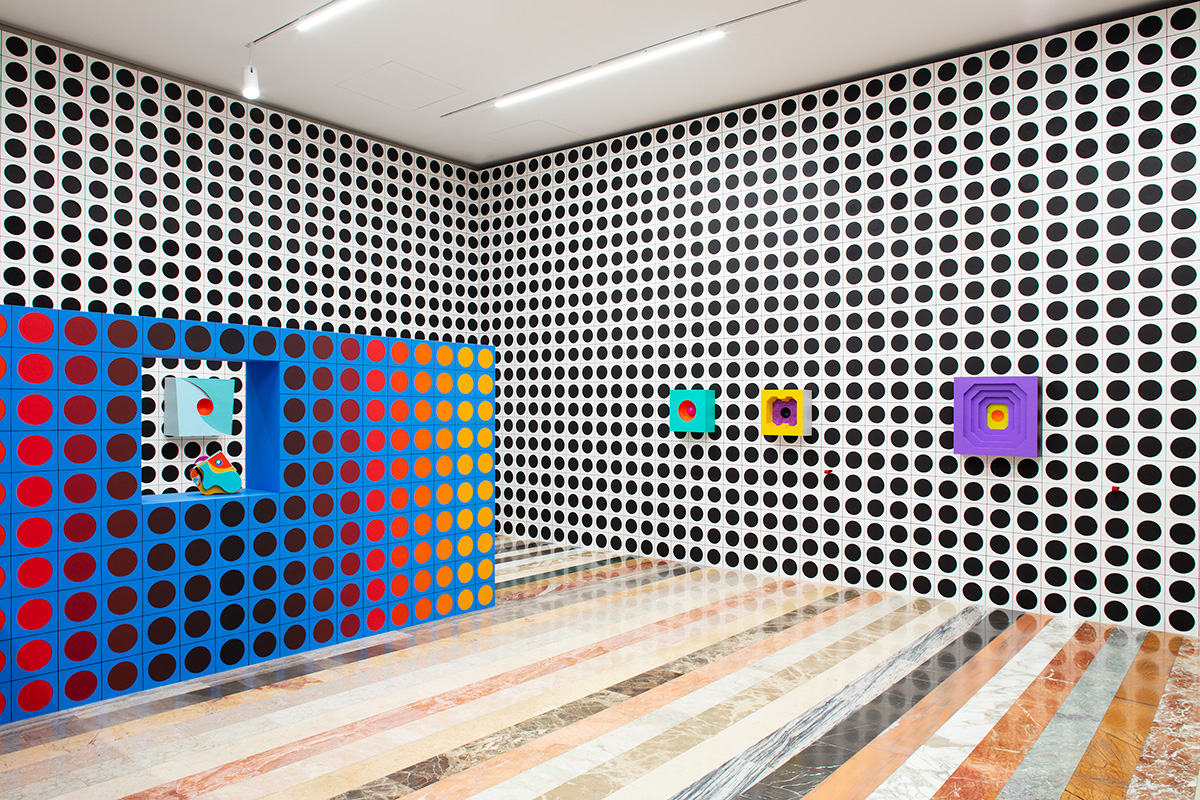 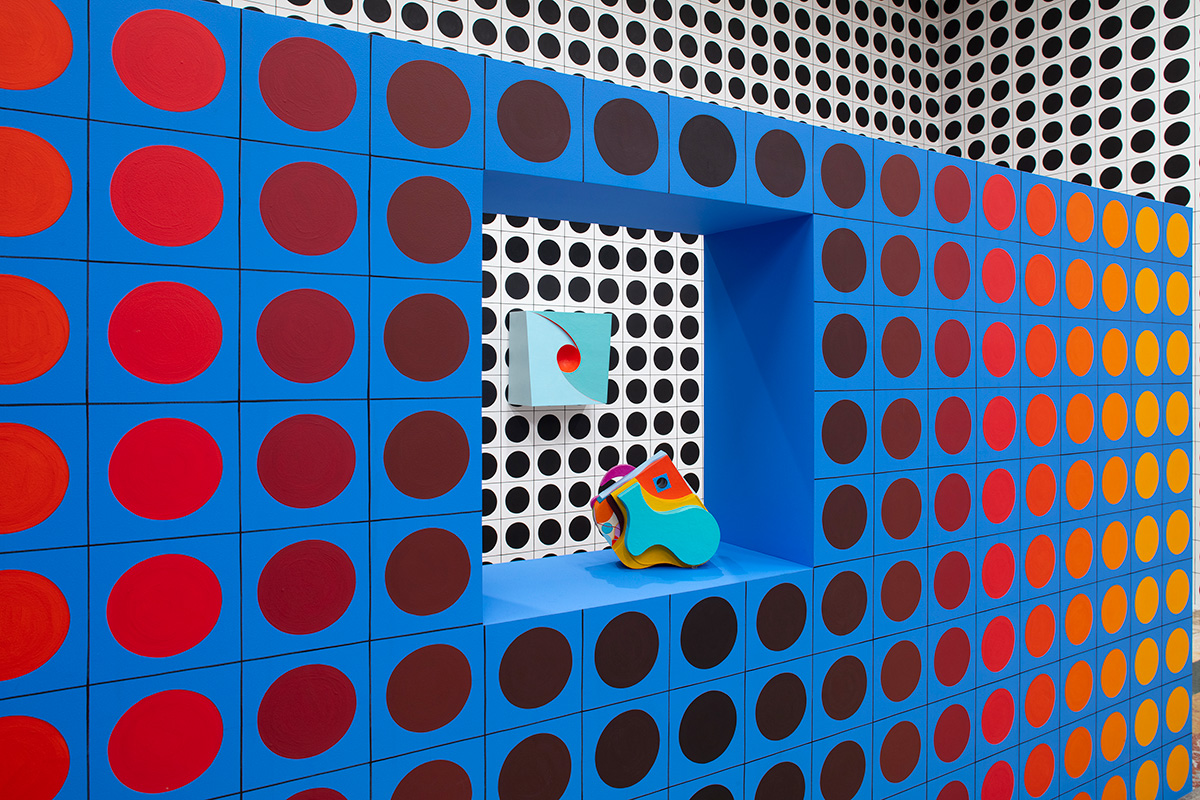 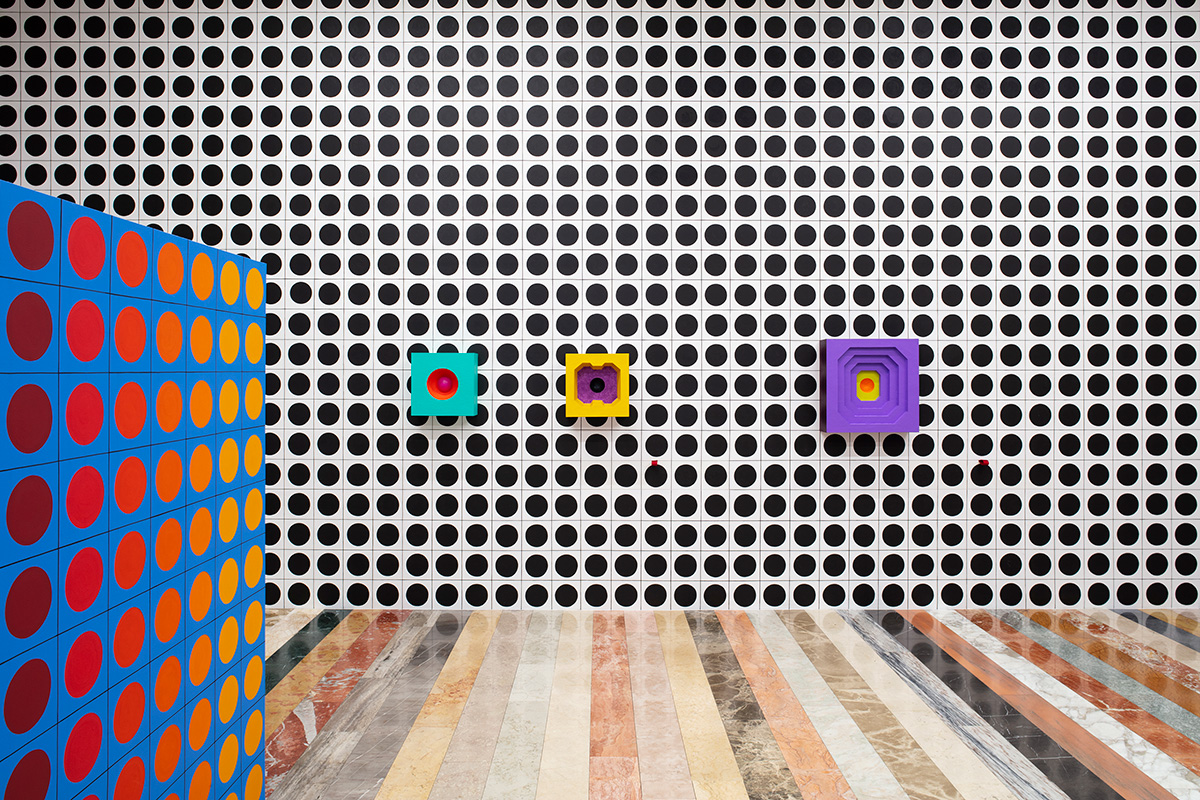 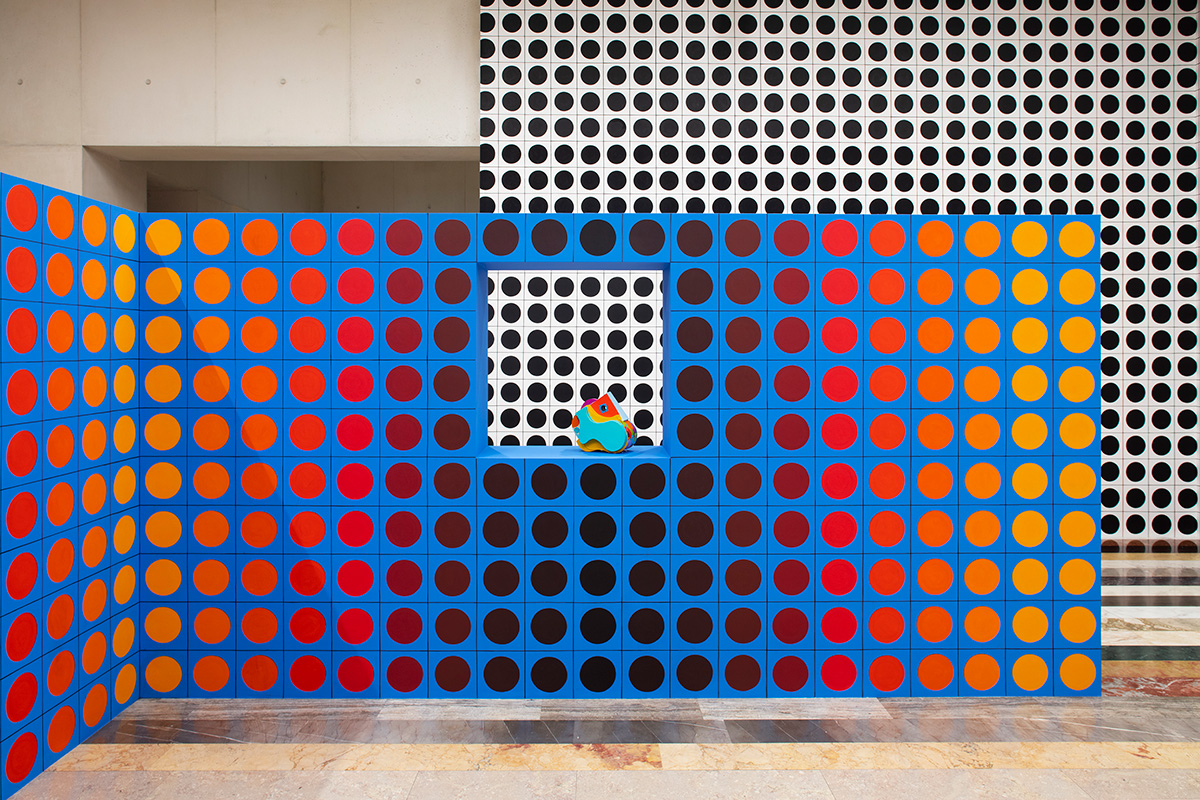 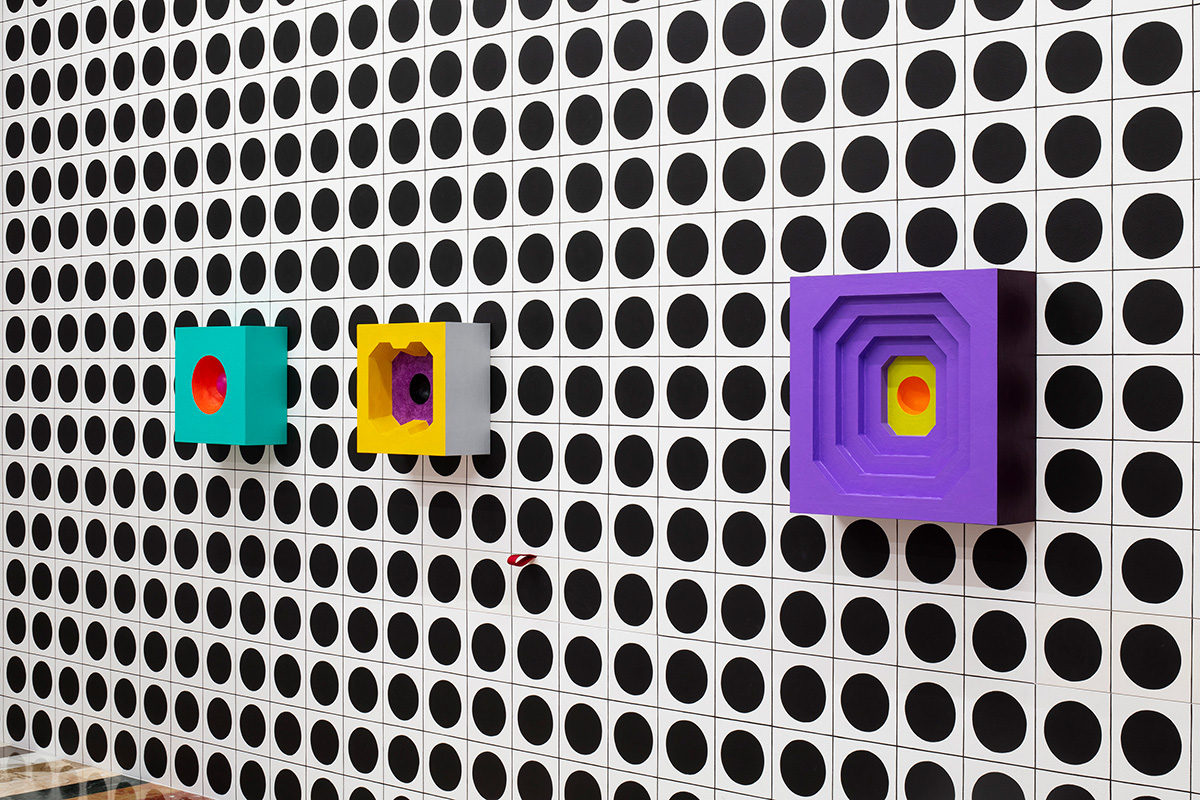 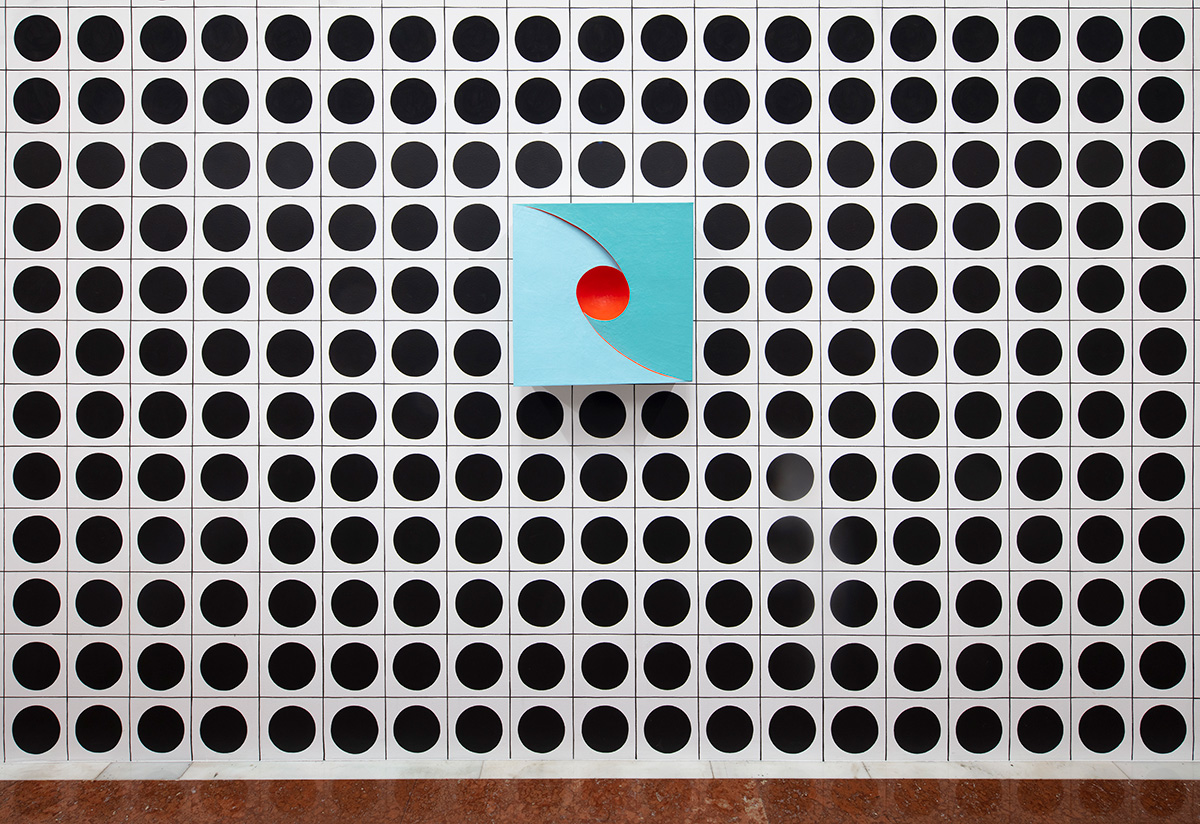 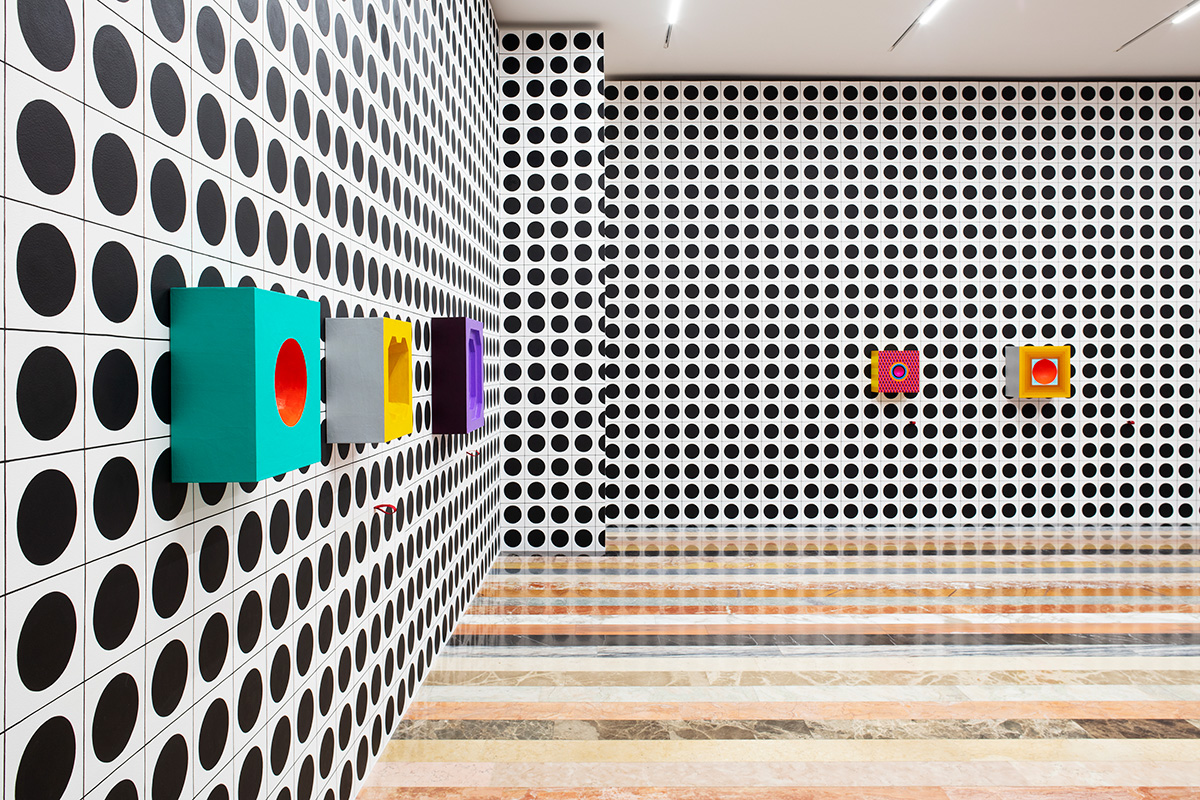 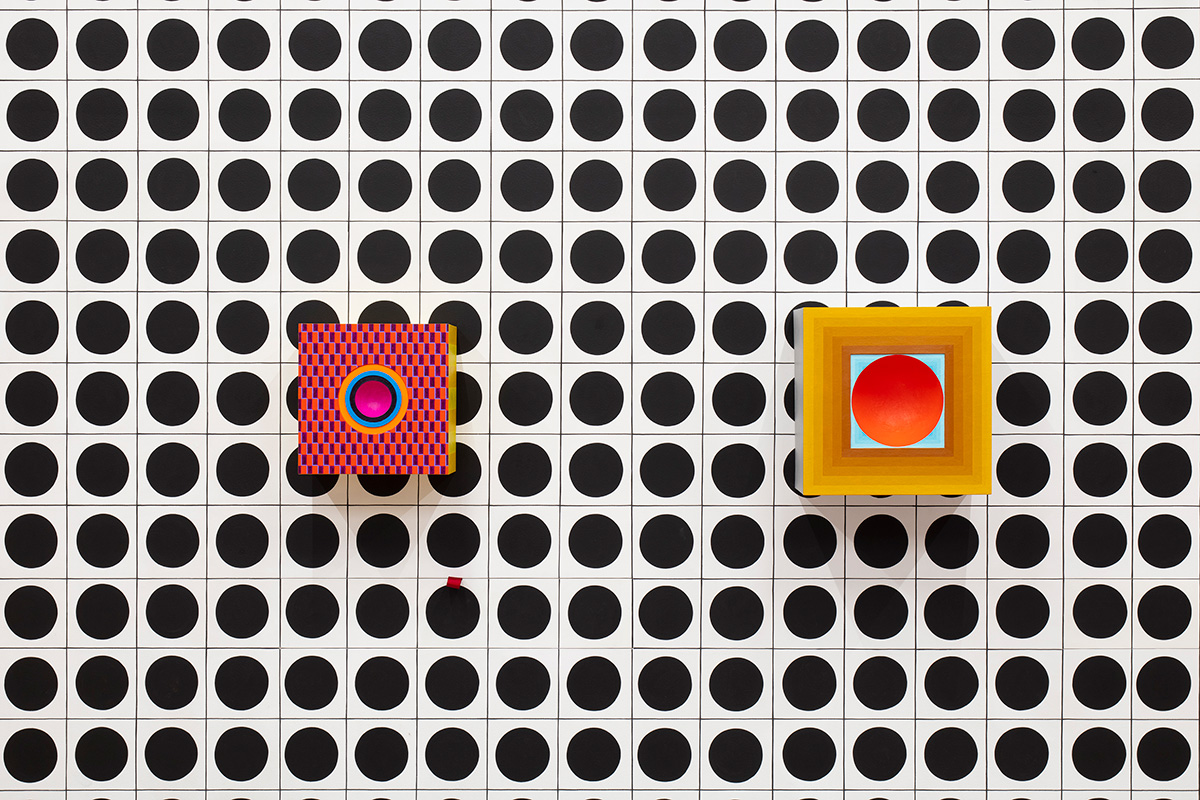 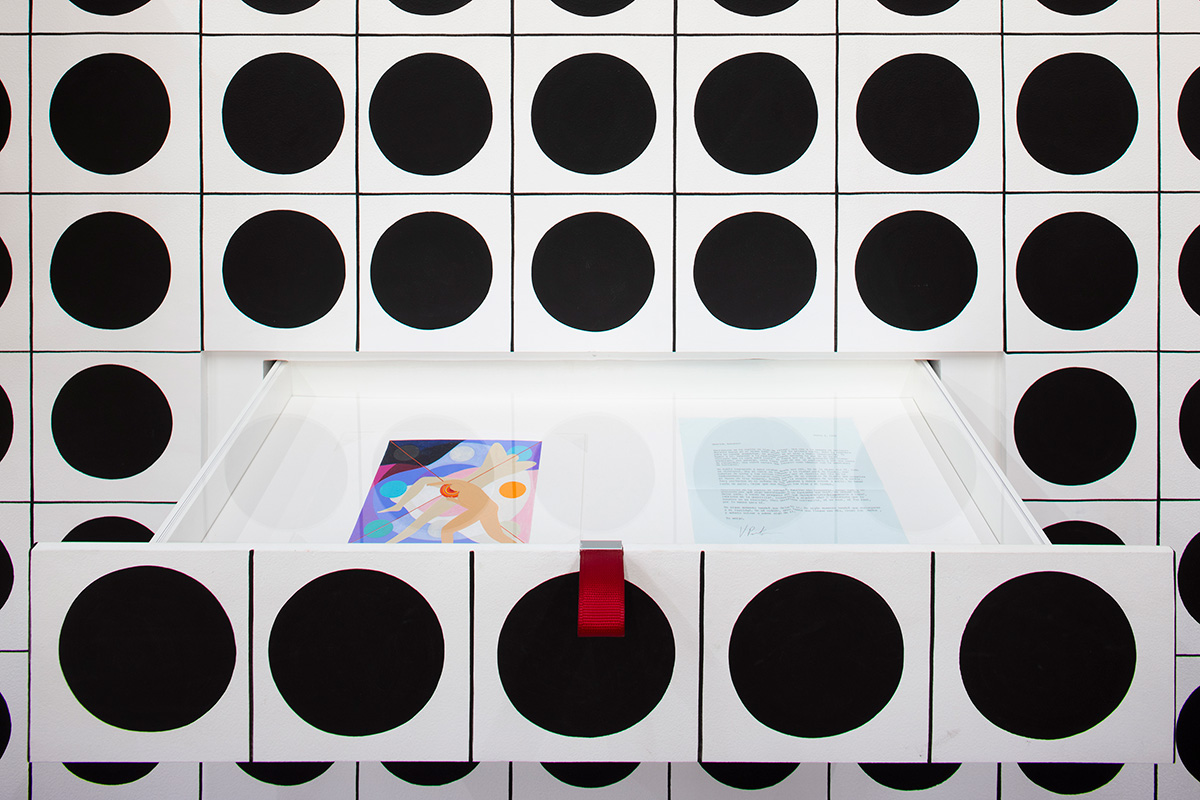 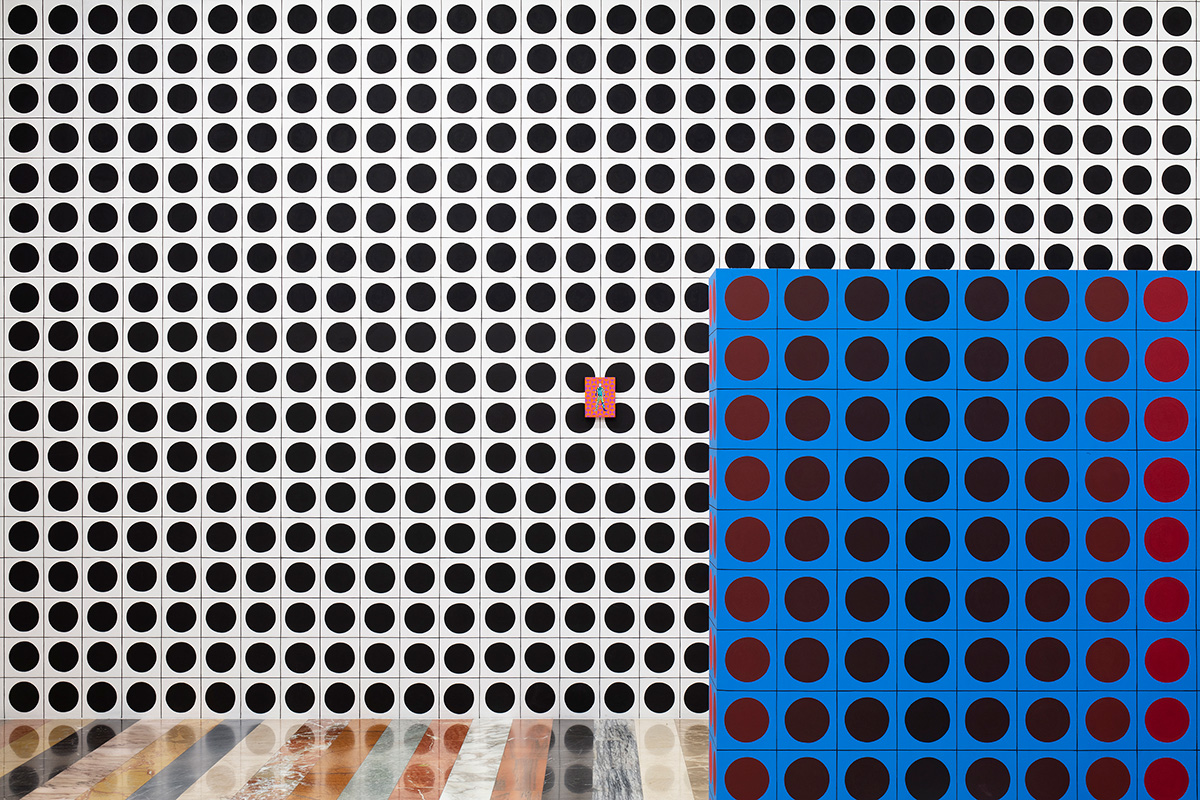 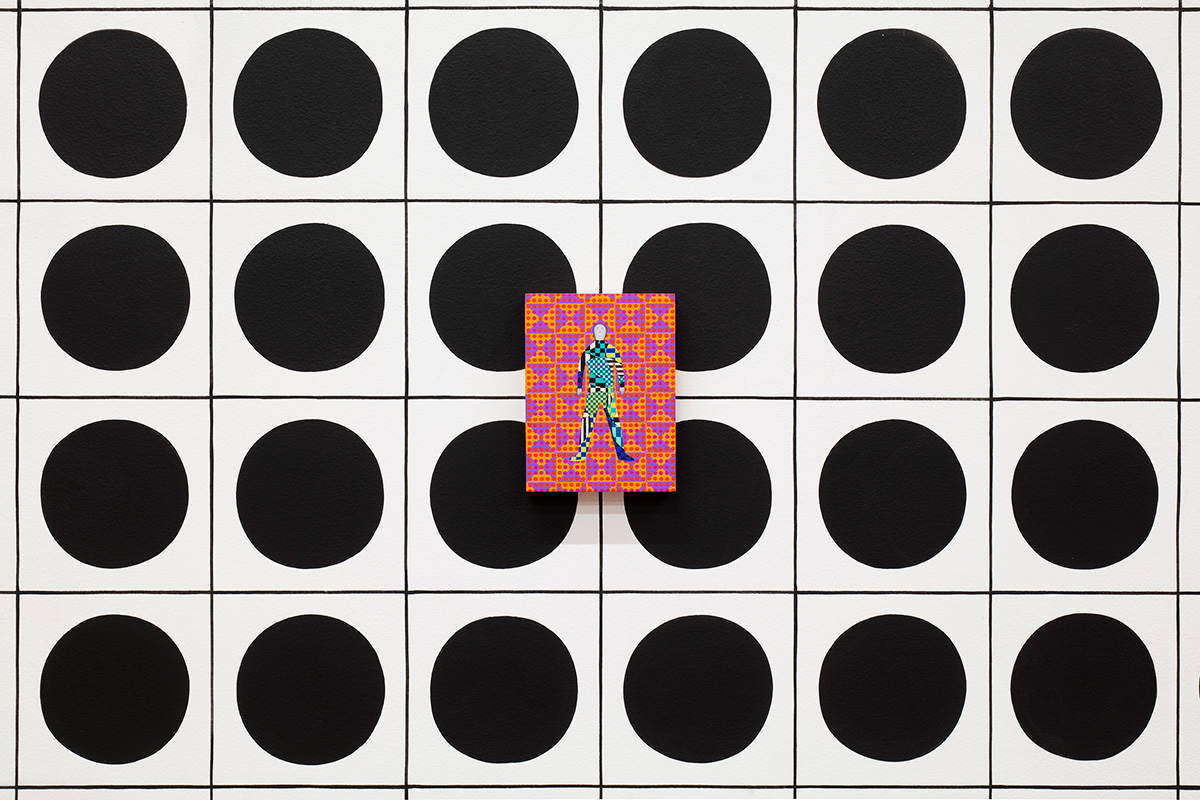 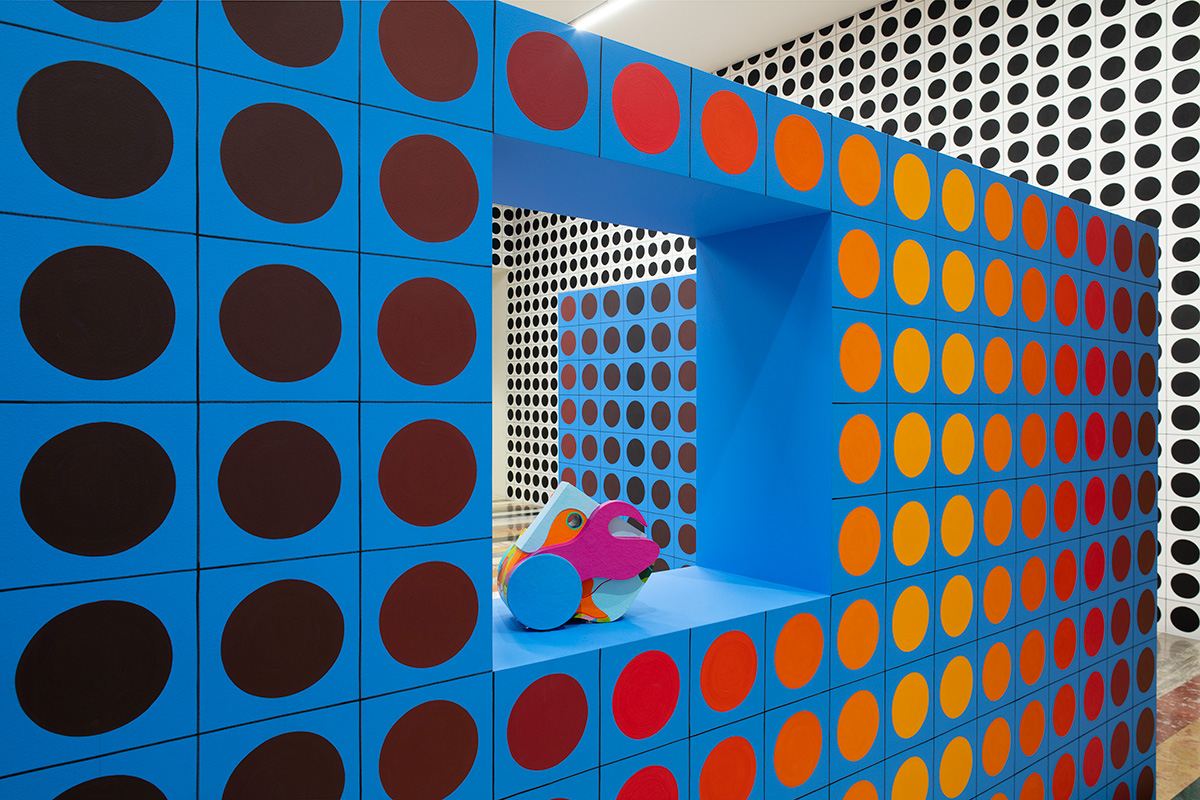