Created as a set for an eponymous telenovela, Desde el Jardín appears as an opulent hacienda, caught between the sometime harmonious and sometime duelling aesthetics of Calero and the genre of telenovela. Using the most economic means to convey wealth and glamour, the set is all surface, and designed to be viewed from fixed viewpoints – look the wrong way and the illusion crumbles. The telenovela for which the set is designed is as real an endeavor as it could be though. Written and directed by Calero and artist Dafna Maimon, and produced with Conglomerate, the series is an original production, lmed within the set in the days preceding the exhibition opening. During the exhibition footage will be displayed within the set, however the nal edit will be aired over the course of the year as part of Conglomerate’s programming at www.conglomerate.tv.

Amazonas, the young gardener of an extravagant estate, dreams of a luxurious, upper-class life. Be careful what you wish for. When she is begged by El Seor to secretly take over the identity of his ill and cursed wife who has just died, it quickly becomes apparent that Amazonas’ new life and dream of glamour and luxury is more of a nightmare. A cast of telepathic maids and the neighbour’s handsome gardener become wrapped up in a tale of intrigue, betrayal, greed and romance. Tune in to witness the dramatic conclusion of Amazonas’ struggles with her new identity, and what happens when El Seor starts showing signs of the same disease his original wife died from, a contagious curse of greed!

Sol Calero creates immersive installations that play with perceptions and expectations of gallery, artist and audience. Infused with politics of cultural representation and identity, Calero constructs environments, which are used to invite questions of the prescribed art historical canon and post-colonial interpretations of Latin America, informed by her own background and migration. Working with cultural codes, Calero opens up the aesthetic and cultural relationships between motifs and artifacts, emphasising narratives of misuse and assimilation. This often takes aesthetic form through seductive paintings of exotic signi ers, such as decadent quantities of fruit, or disembodied stereotypical costumes. Her ‘exotic’ interiors often serve as spaces for social engagement, in the past creating a Latin hair salon, a restaurant, an art school, a cyber café and a Salsa dance school.

CONGLOMERATE is a collaborative Gesamtkunstwerk presented in the form of a television network. The project is realised by a core team of ve artists and lmmakers: Sol Calero, Ethan Hayes-Chute, Derek Howard, Christopher Kline and Dafna Maimon. These ve act as executive producers, also inviting additional Berlin-based and international artists to create their own segments, sets, commercials and specials for the network. The aim is to mix diverse content ranging from documentary, melodrama, comedy, interview, music, and art into a uni ed body: 15-minute blocks composed of recurring shows and one-off segments broadcast on the web and eventually television. Headquartered at the Berlin project space Kinderhook & Caracas 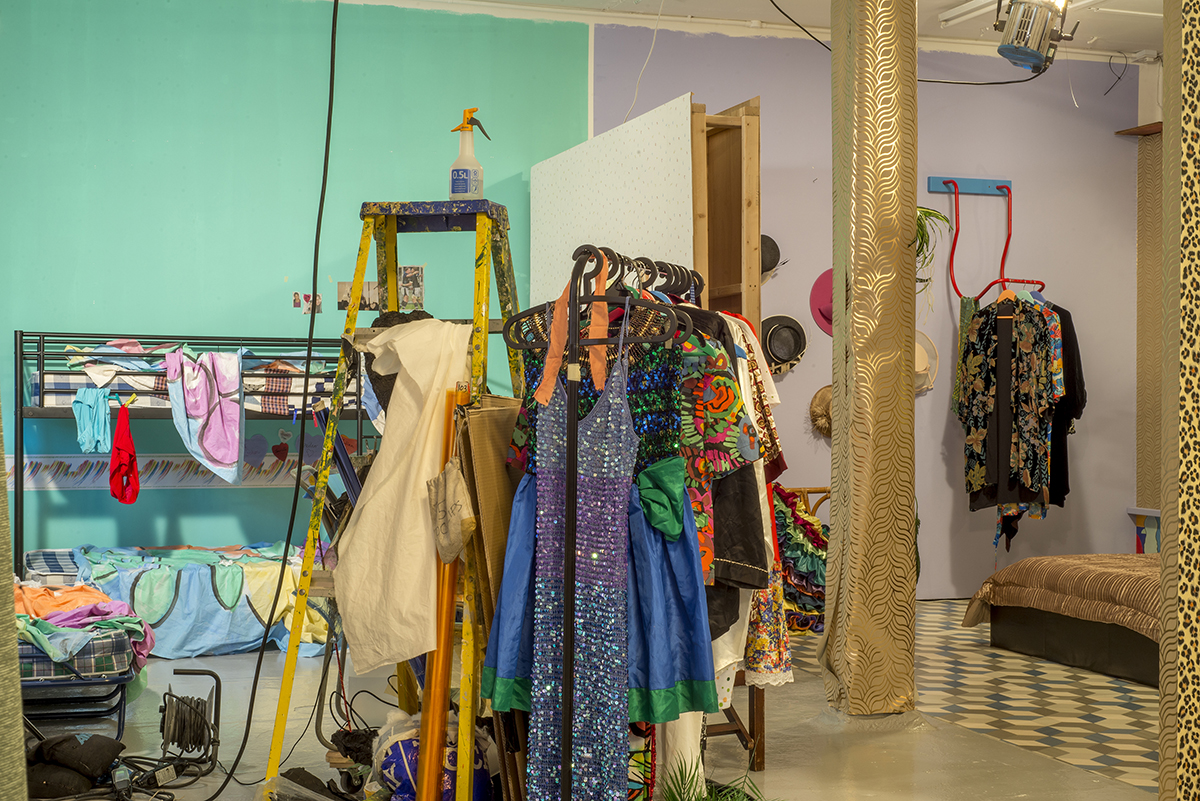 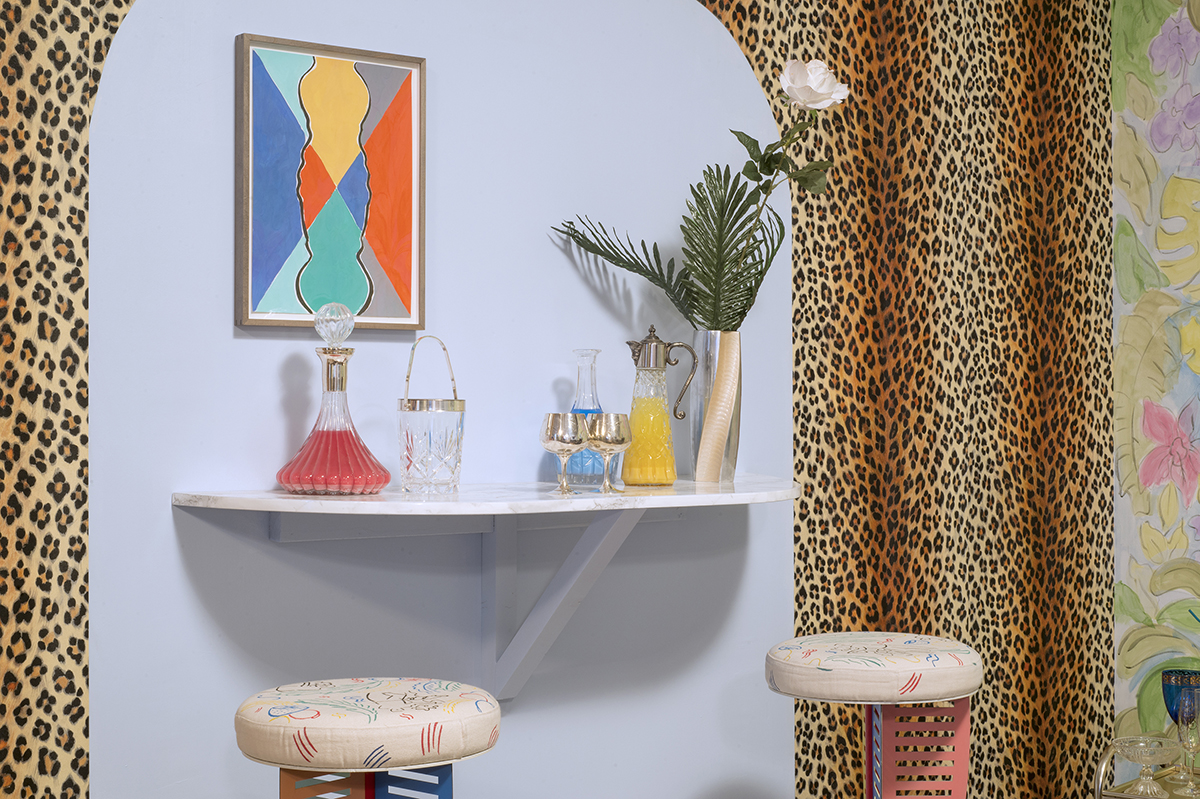 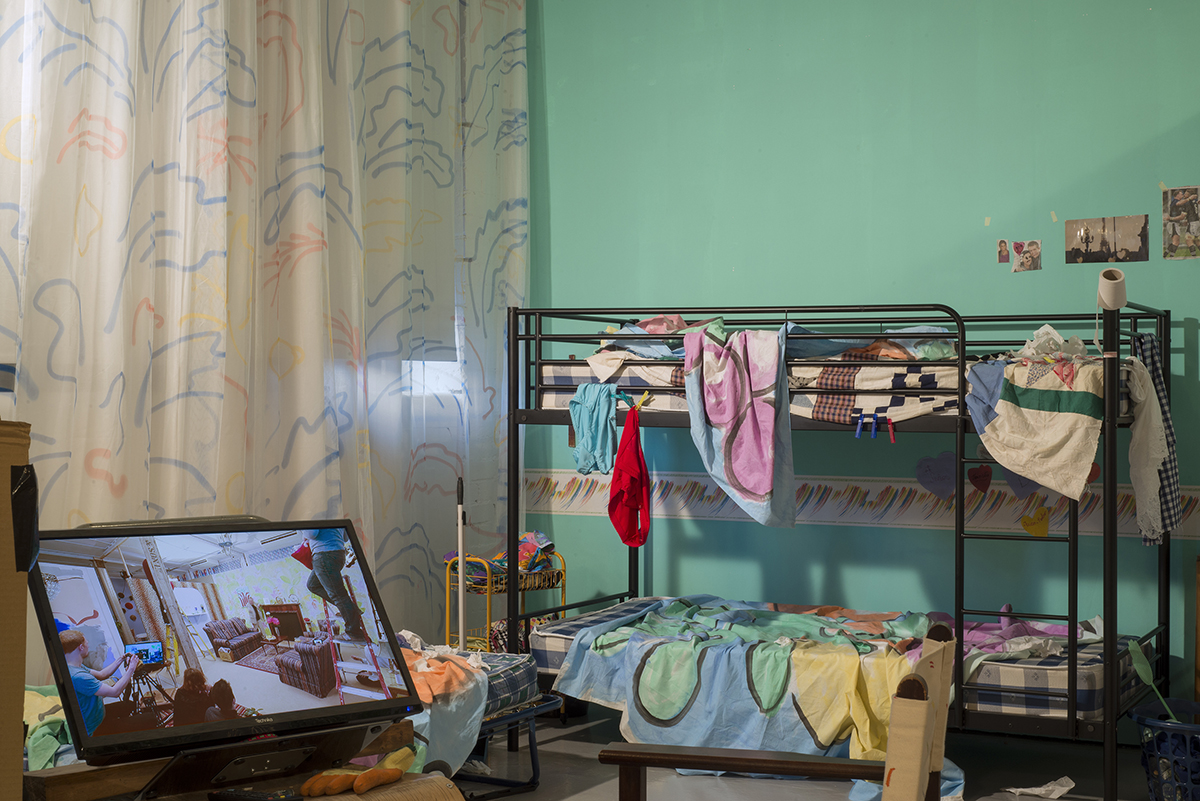 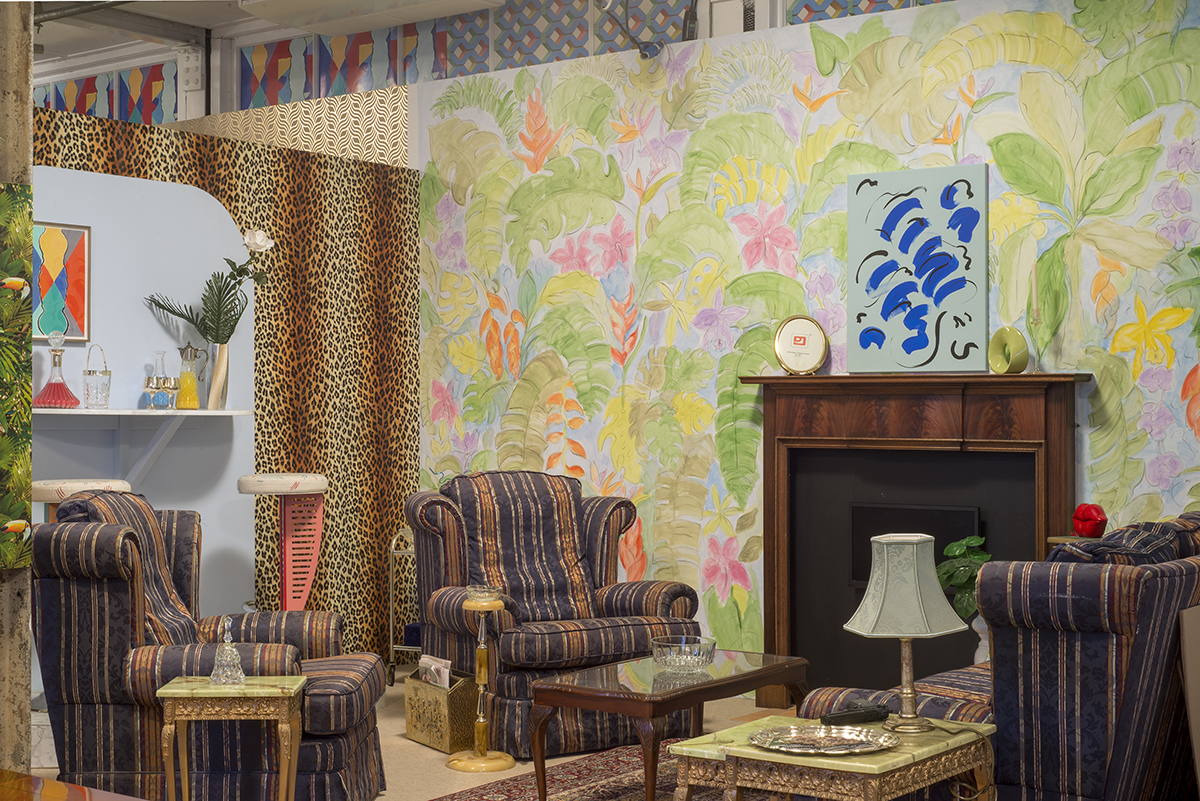 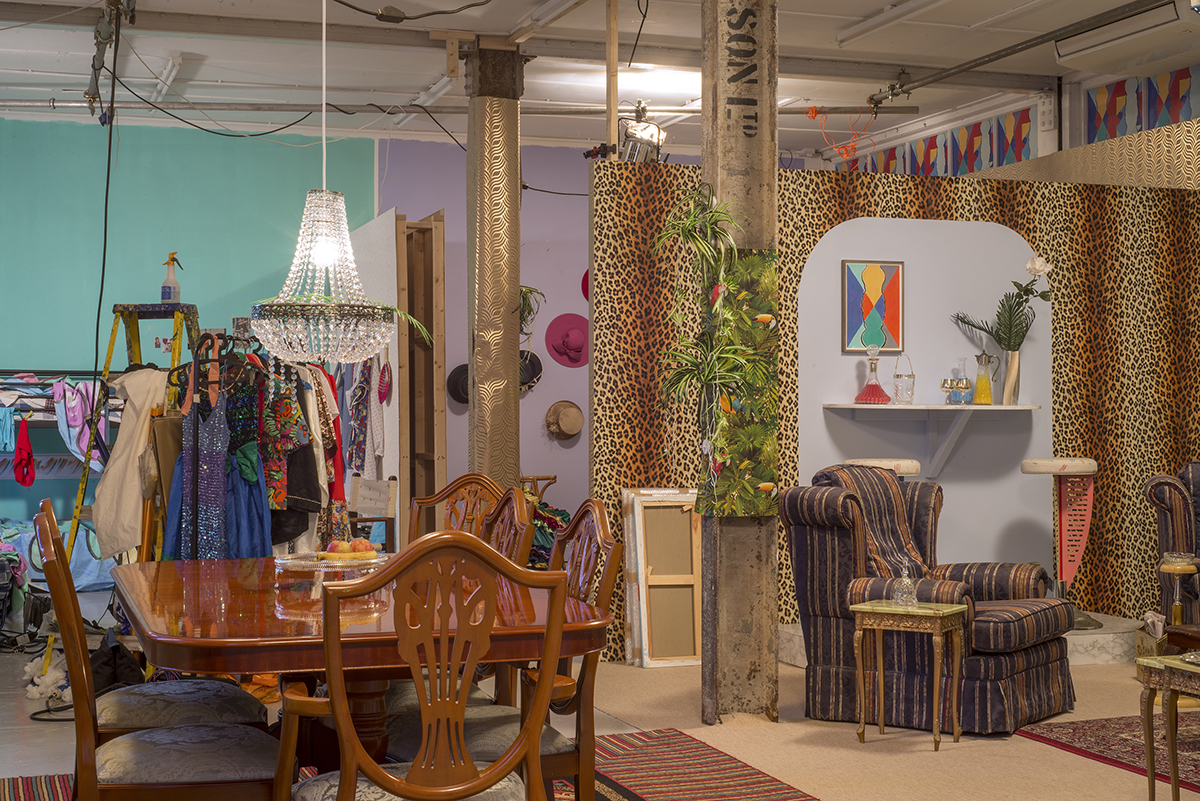 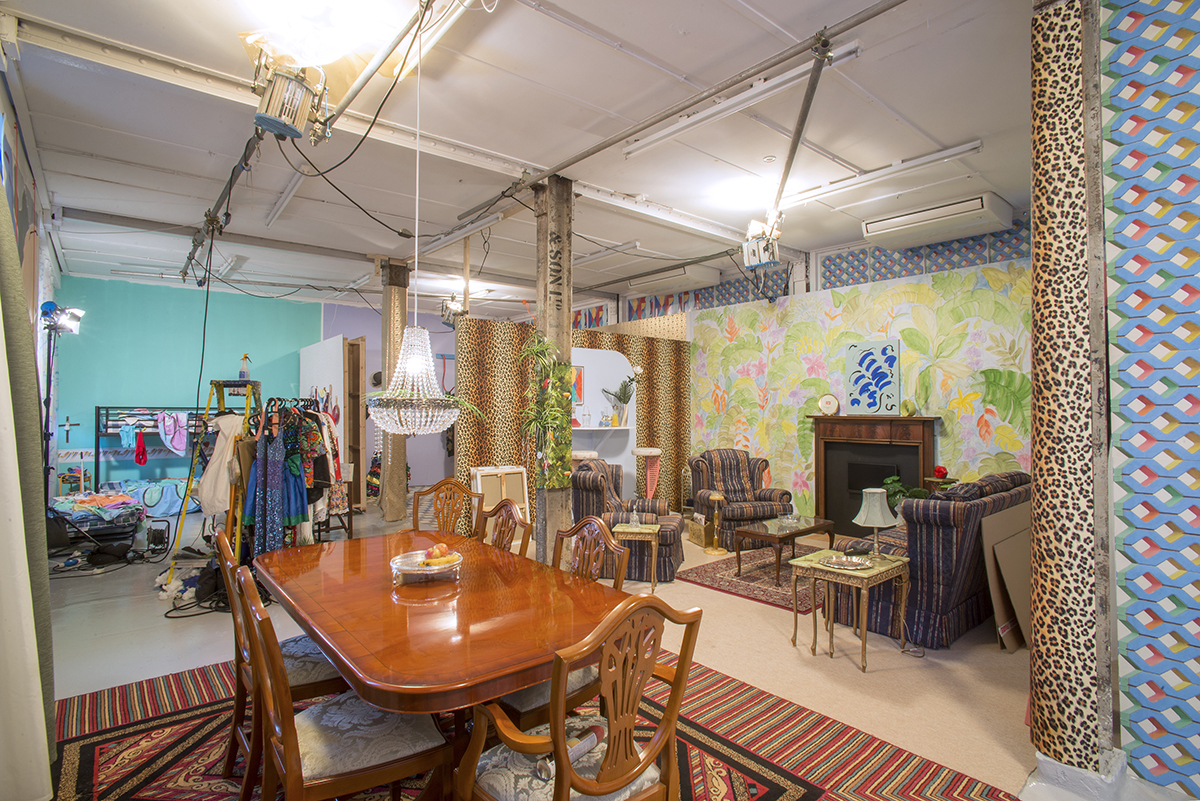 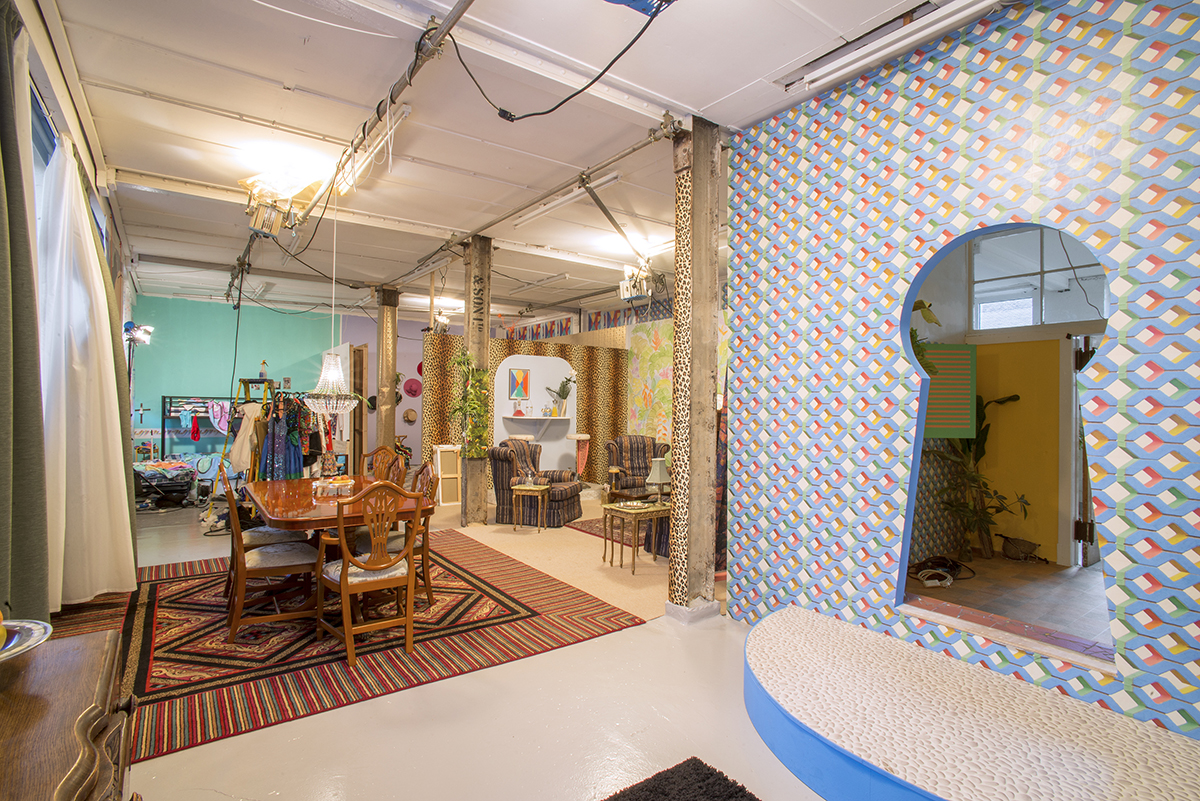 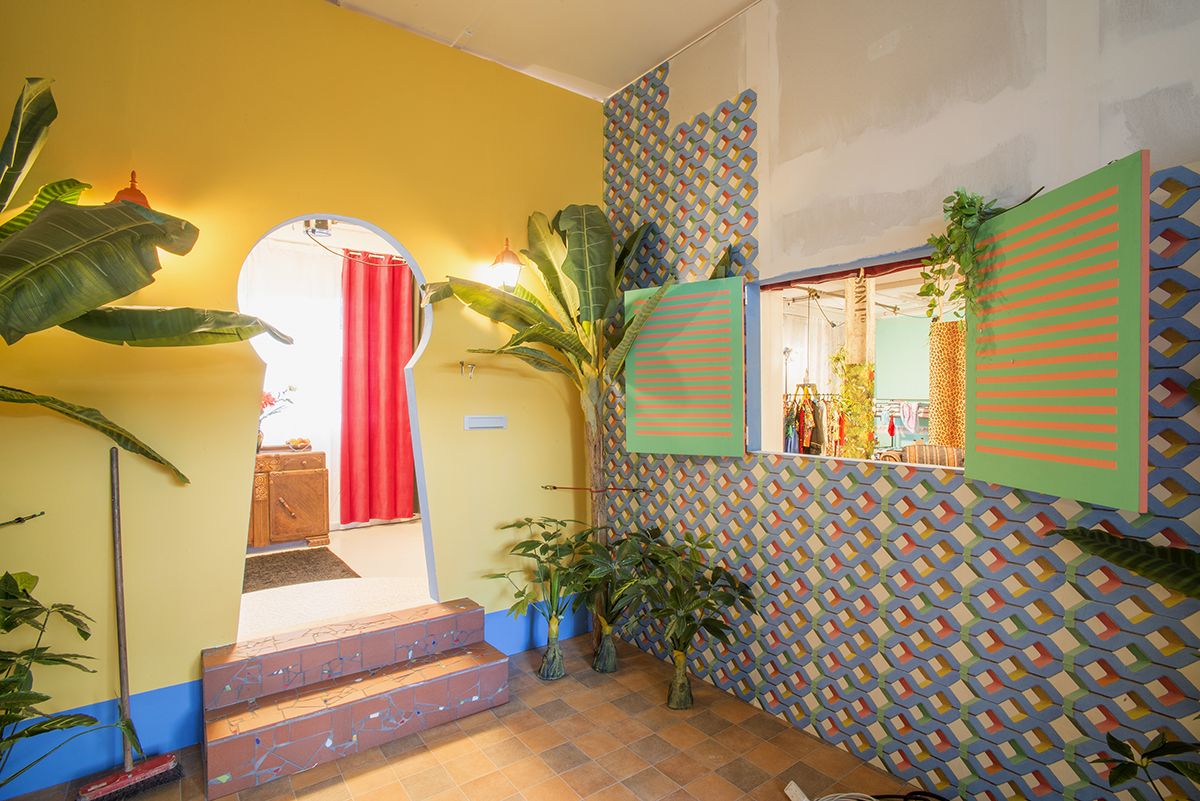 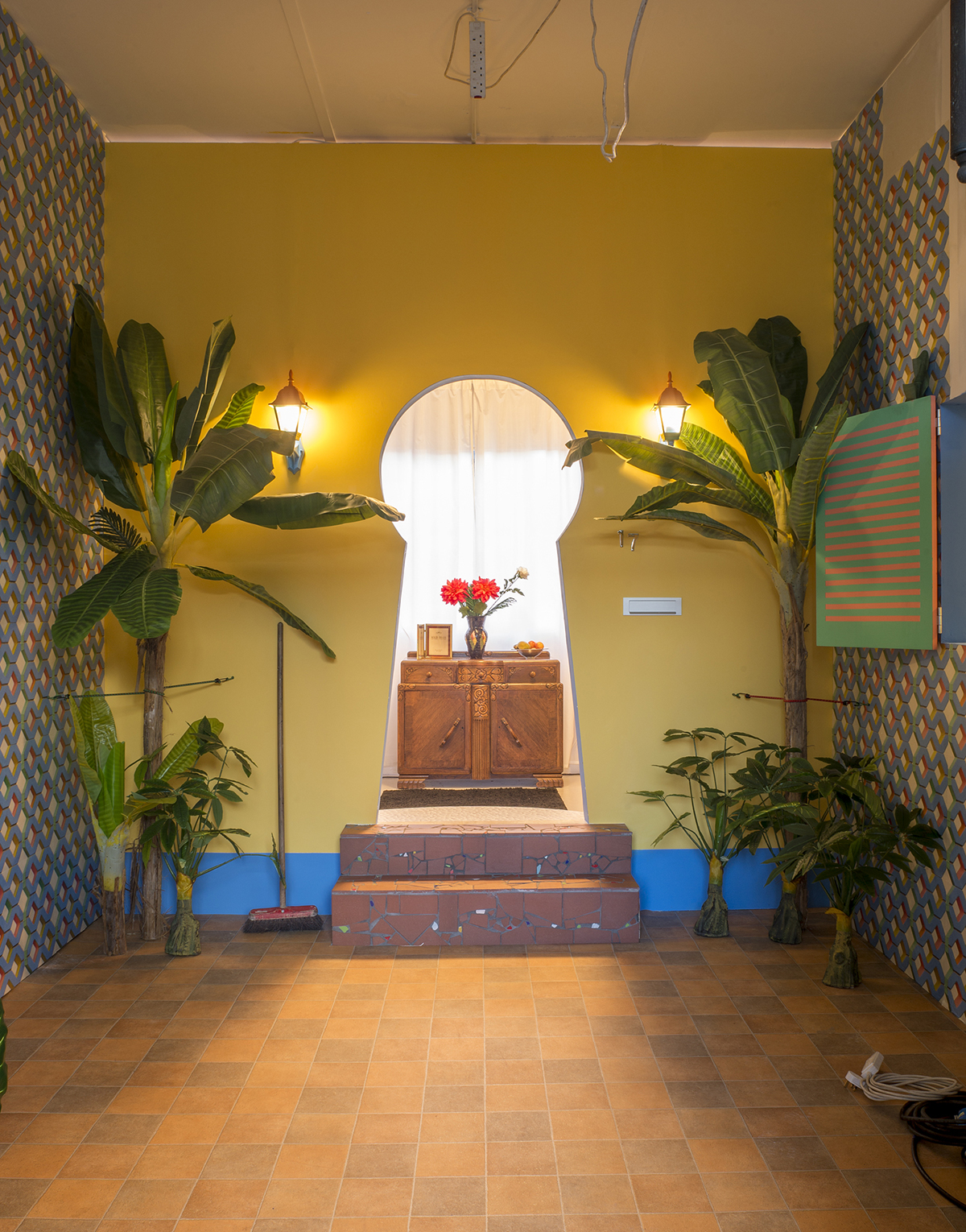