Rosemary Mayer, Some Days in April, 1978, Balloons, helium, paint, fabric, rope and wooden rods; installed during the week of 17th April, 1978, at the property of Bruce Kurtz, Hartwick, New York

Between 1977 and 1982, Mayer created works that explored site-specificity, temporality and community involvement, which she called “Temporary Monuments.” Works such as Some Days in April (1978) broached notions of memorializing, transience and myth following the deaths of her parents and friend Ree Morton, who had been born and died in the month of April, respectively. Tying helium-filled balloons –a motif used by Mayer to indicate the grasping of fleeting time– with ribbons and inscribing them with emblematic names of spring flowers, numbers and stars, Mayer tethered them onto wooden stakes in a field during a day in April. 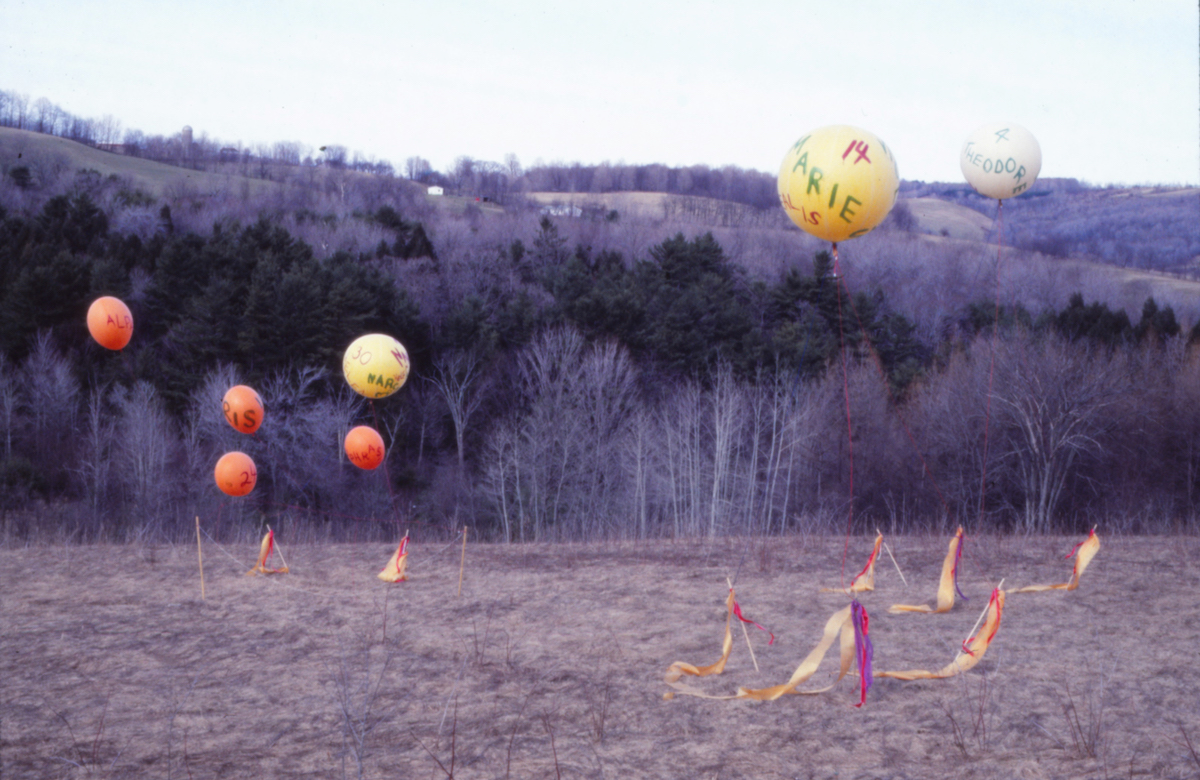 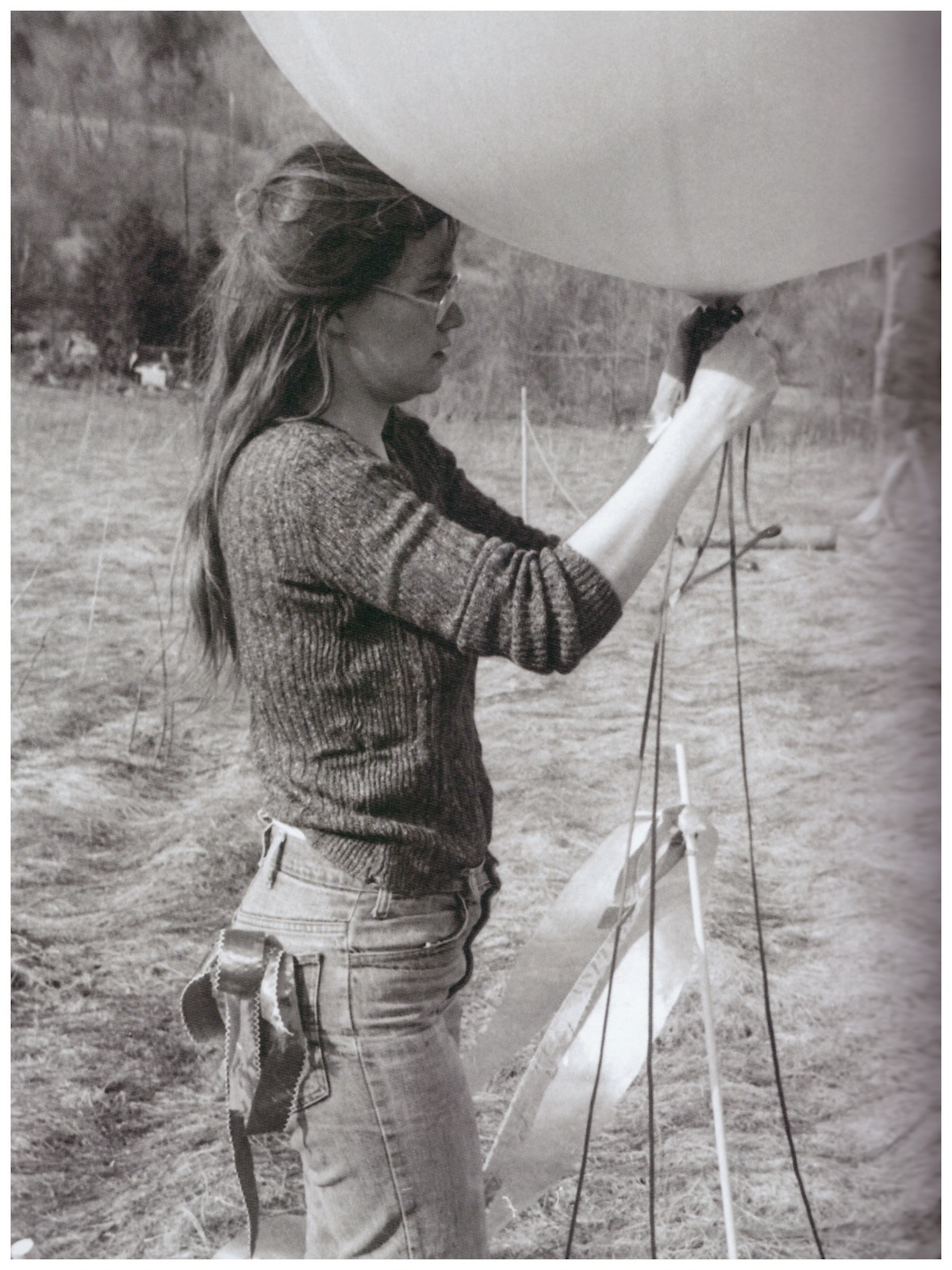 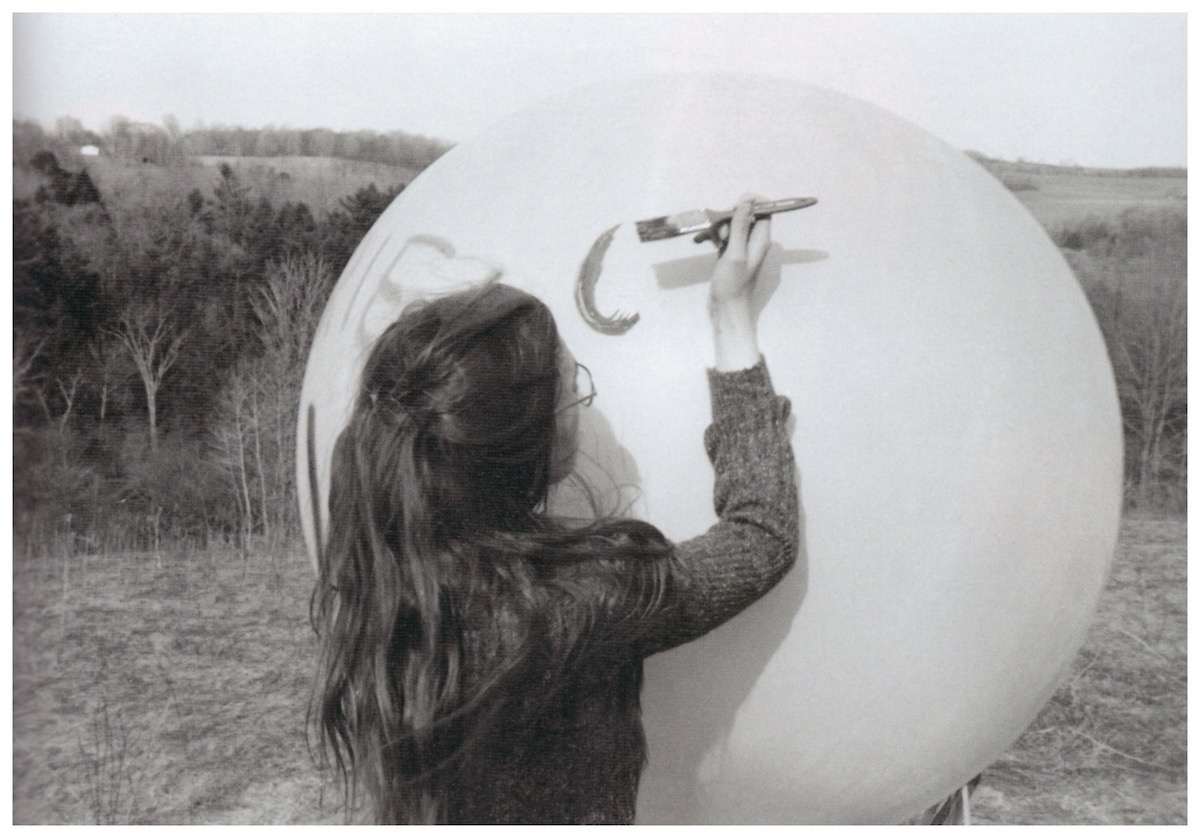 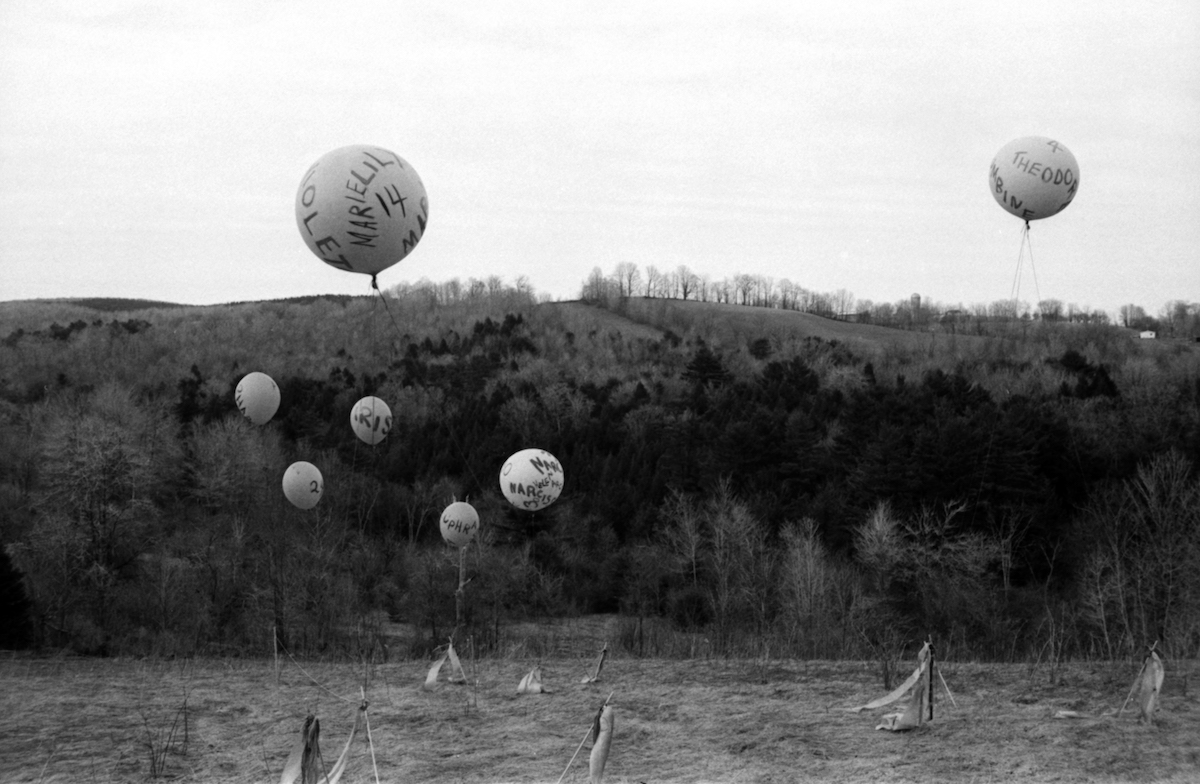