Accompanied by piano music and laments performed by three singers, five animals one after another enter the stage to be shot by Cupid and then leave in a wounded state. Interpreting the amorous injury beyond the falling for another individual, the operetta rather addresses the affliction with desire as a sudden entering into of a state of awareness of an existential lack inscribed into life as such. The concept for this opera was granted the Nigel Greenwood Art prize in 2015.

The operetta was staged on January 27th & 28th 2017 at Copeland Gallery, London; on September 7th 2017 at Museum Ludwig, Cologne and on May 4th & 5th 2018 at the Brooklyn Academy of Music, New York. The London and New York stagings were produced and presented by TRAMPS. Cupid and the Animals was supported by TRAMPS, the Nigel Greenwood Art Prize and Kunststiftung NRW.
Music: Camillo Grewe 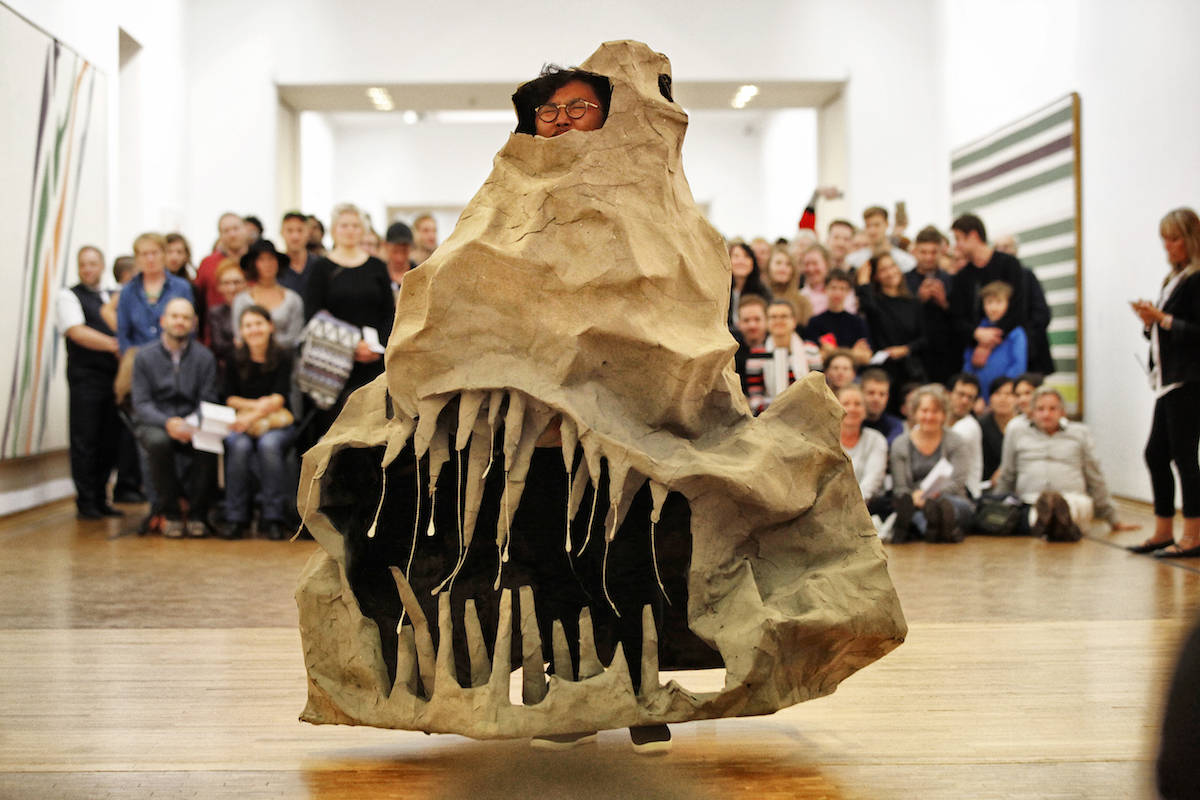 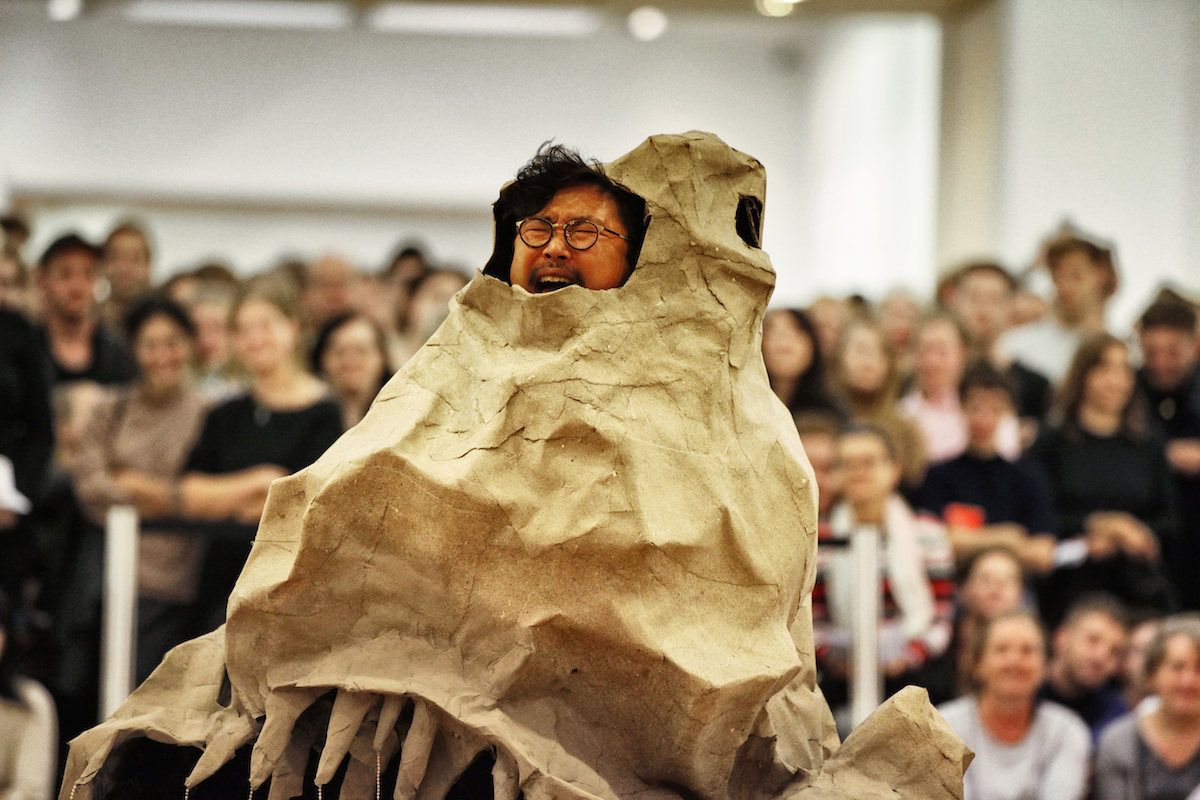 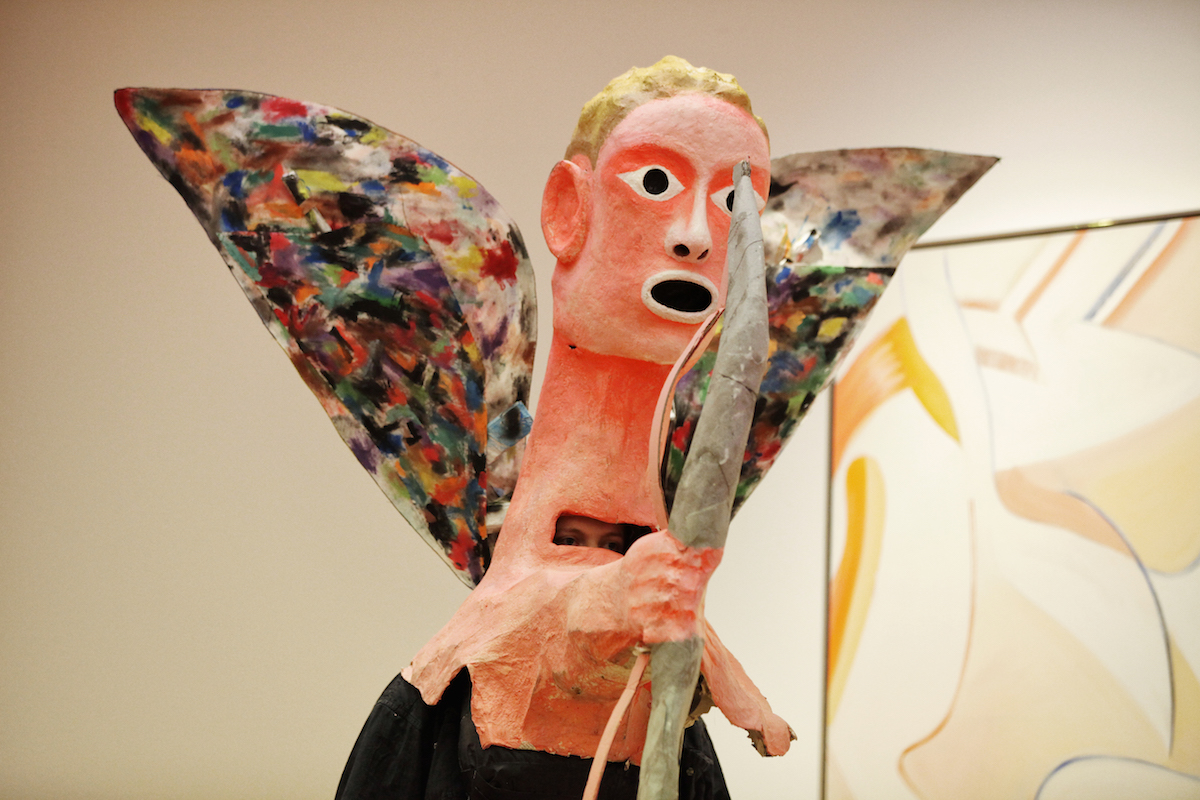 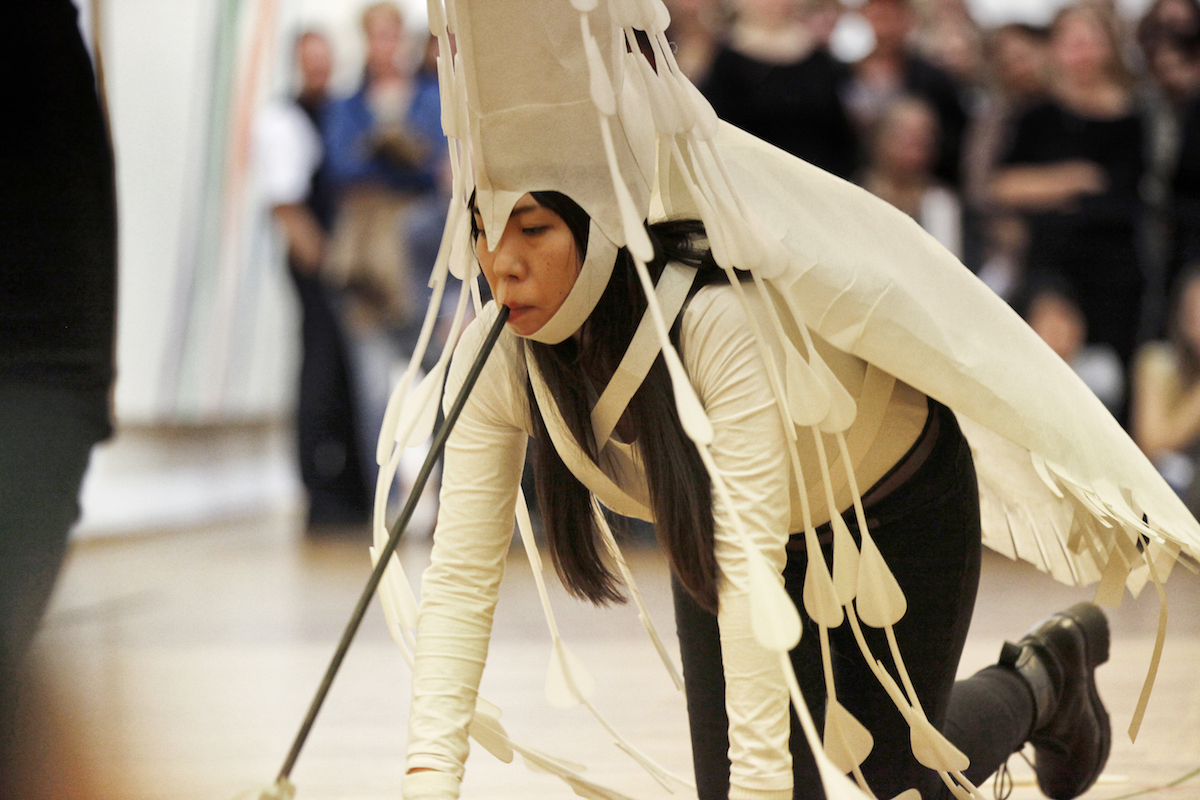 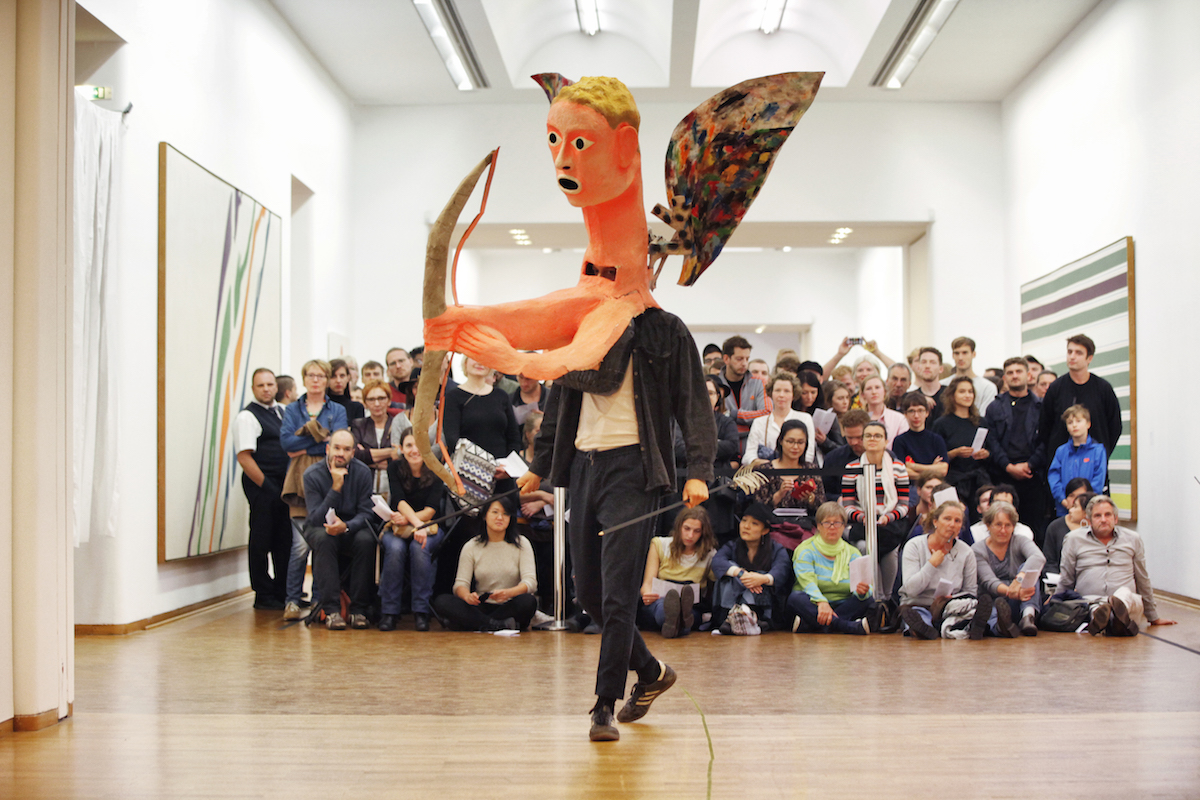 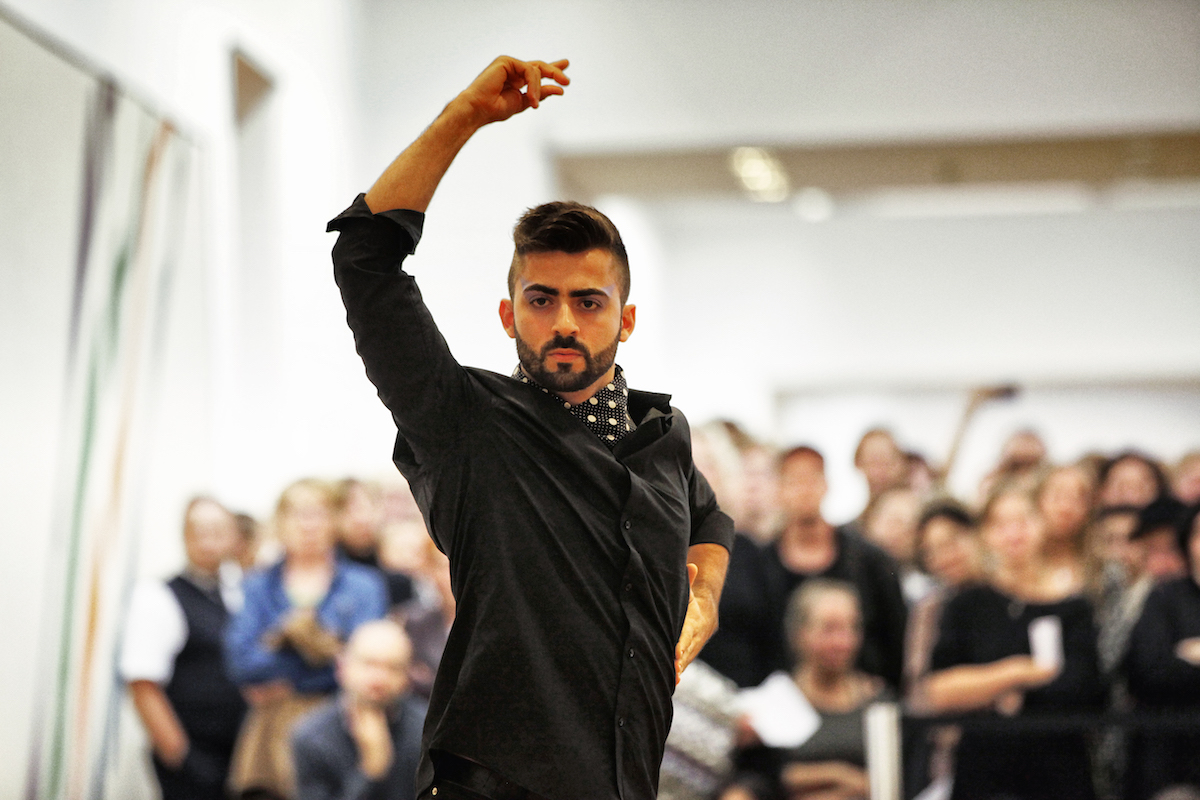 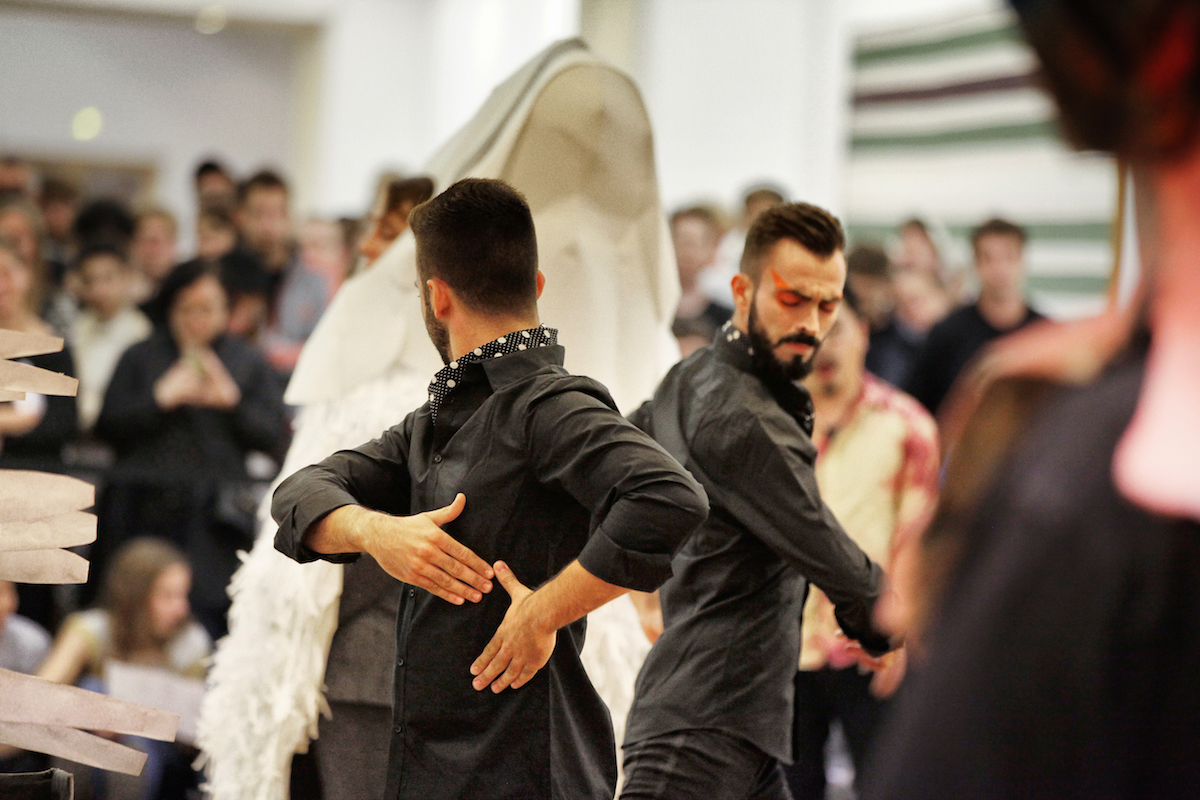 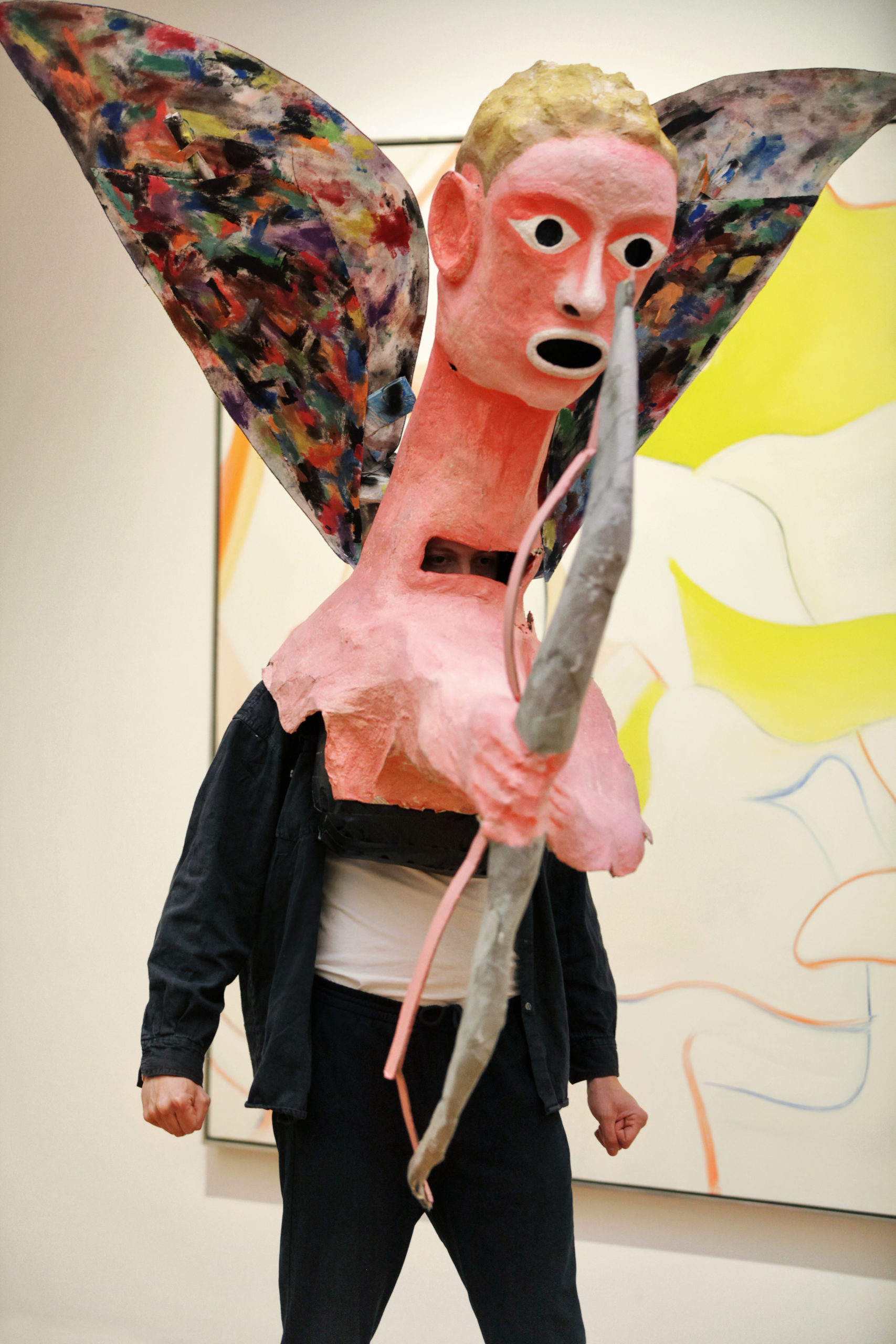 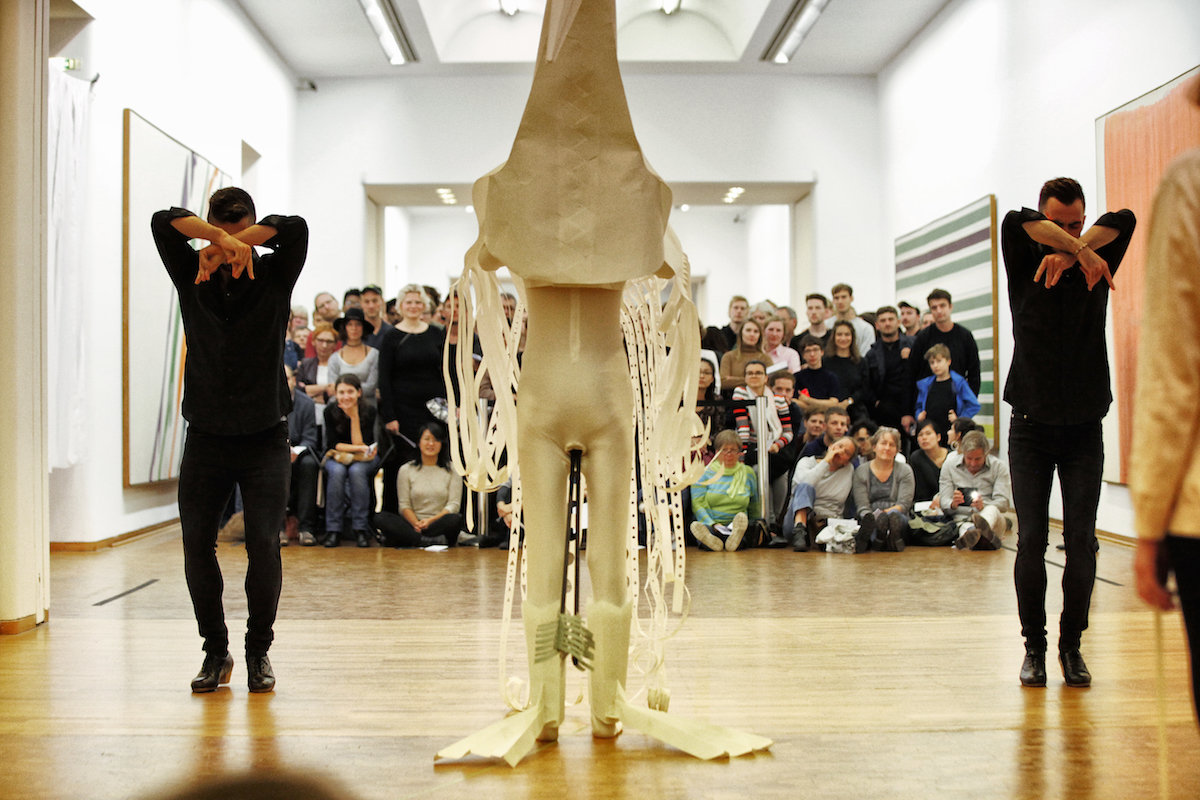 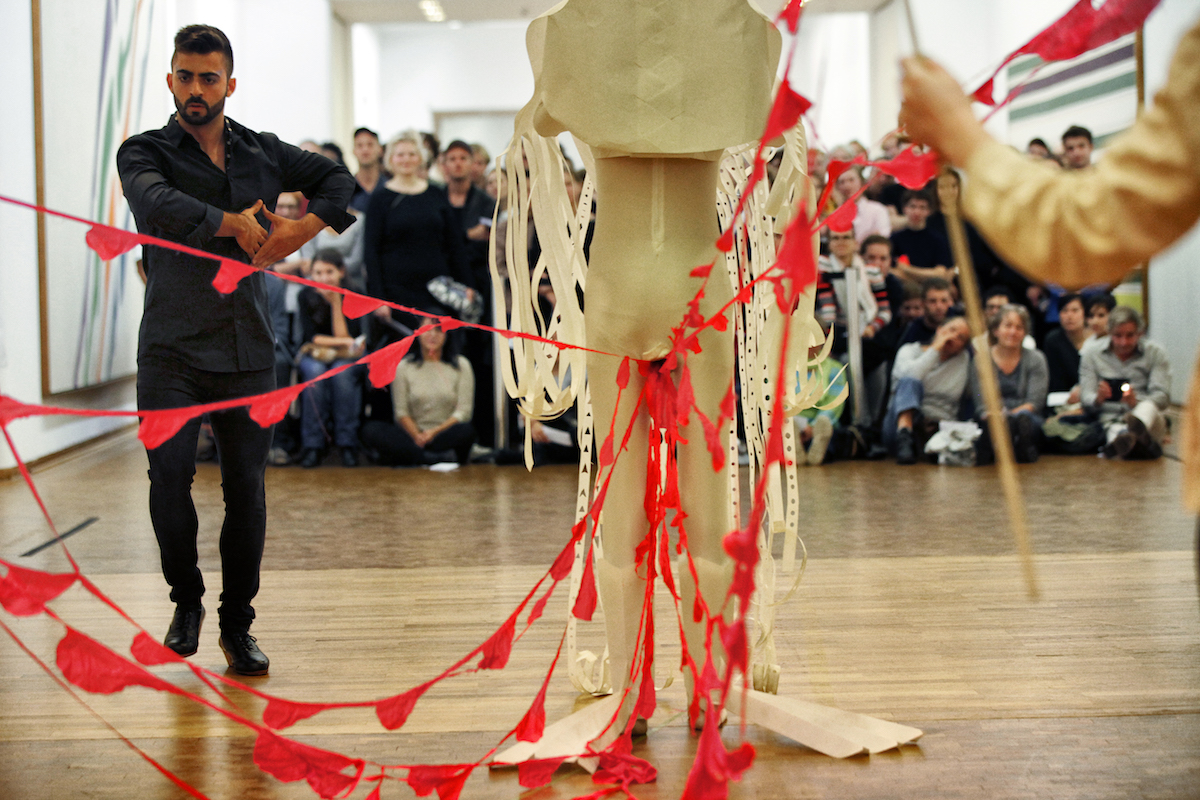 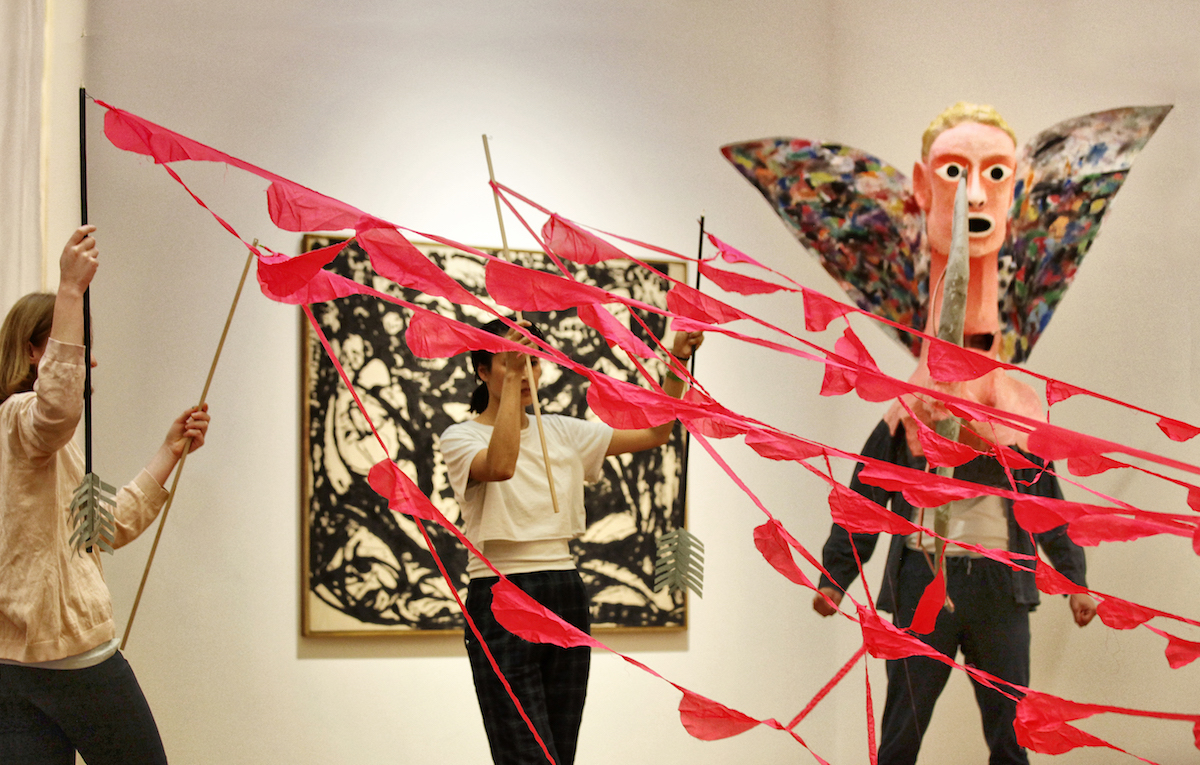 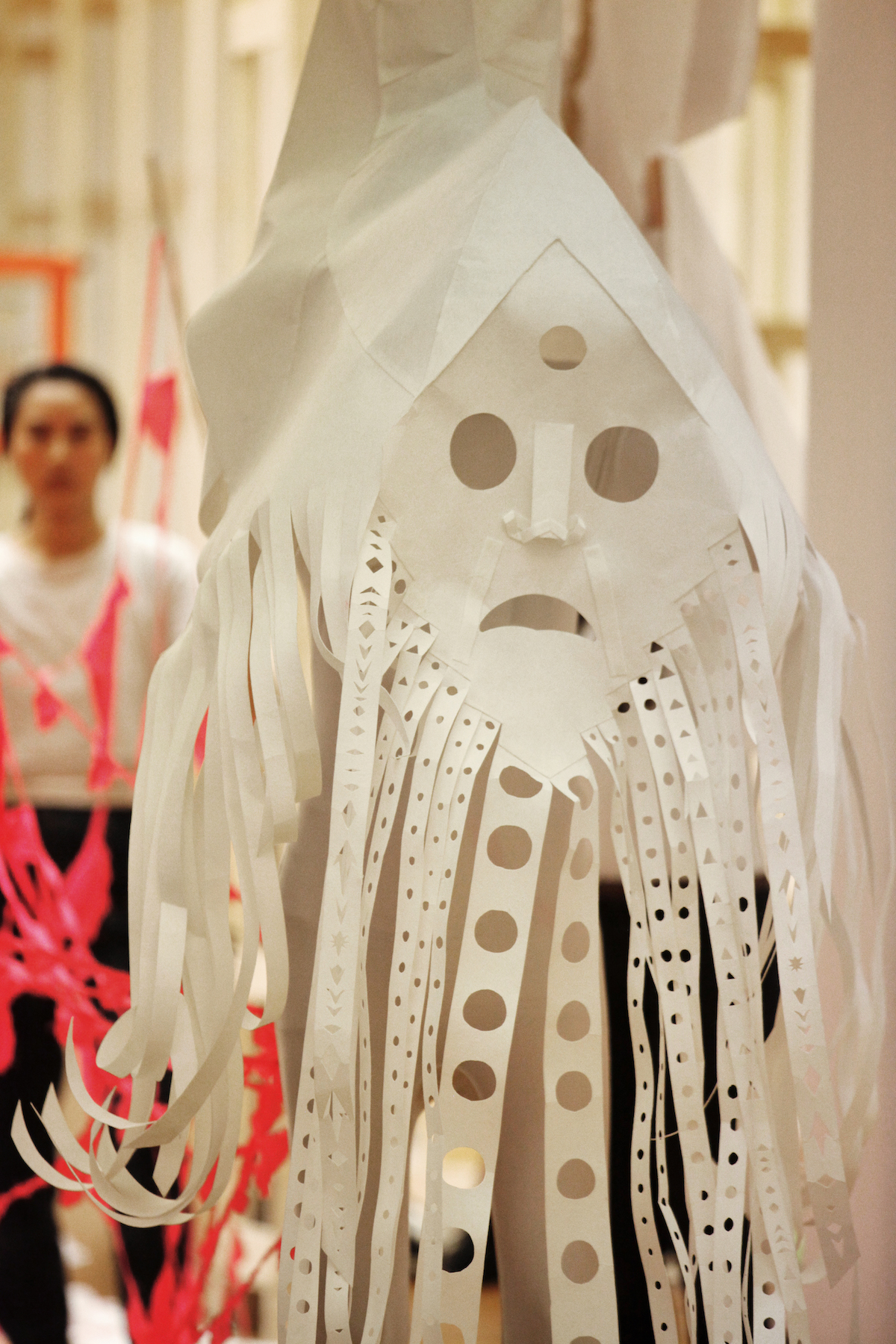 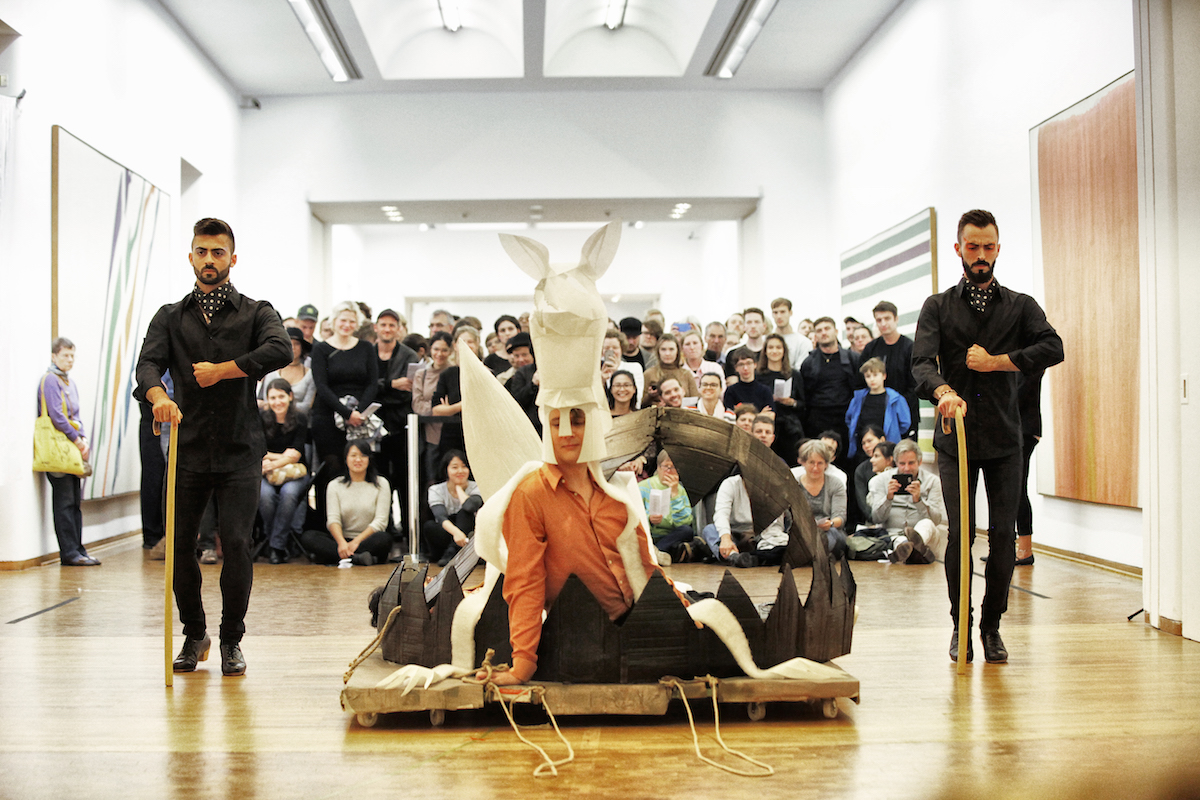 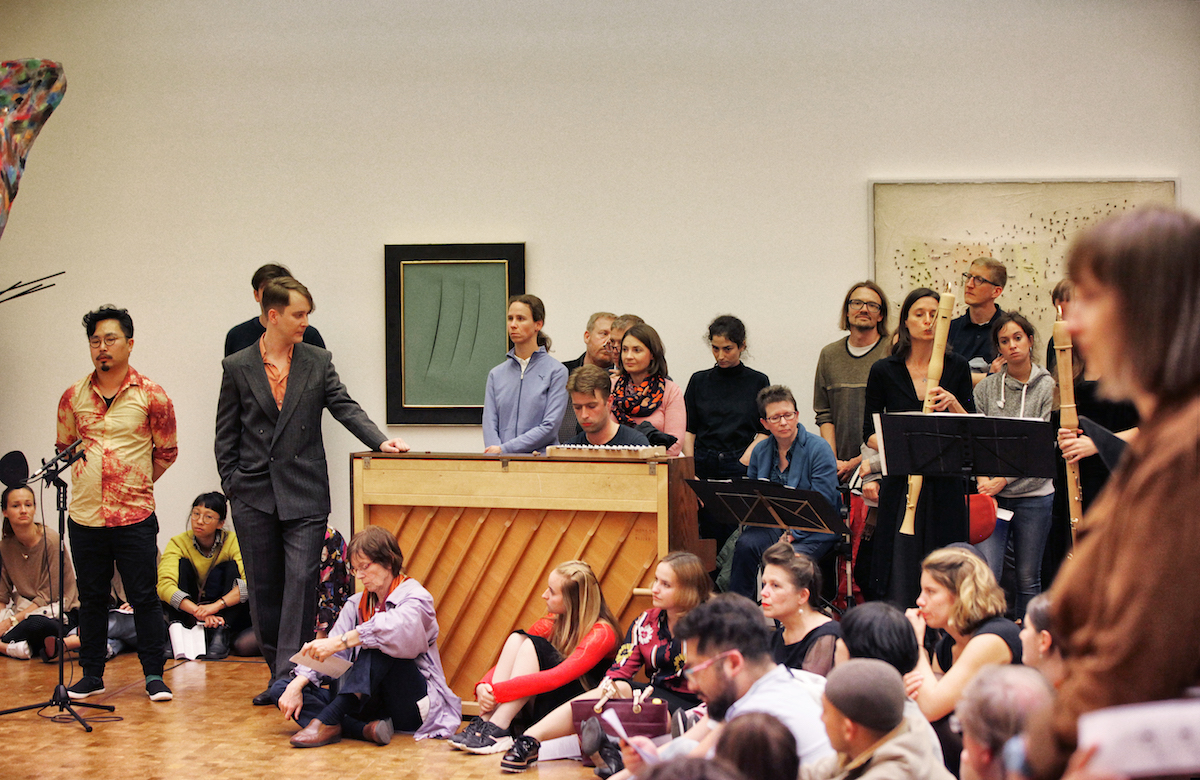 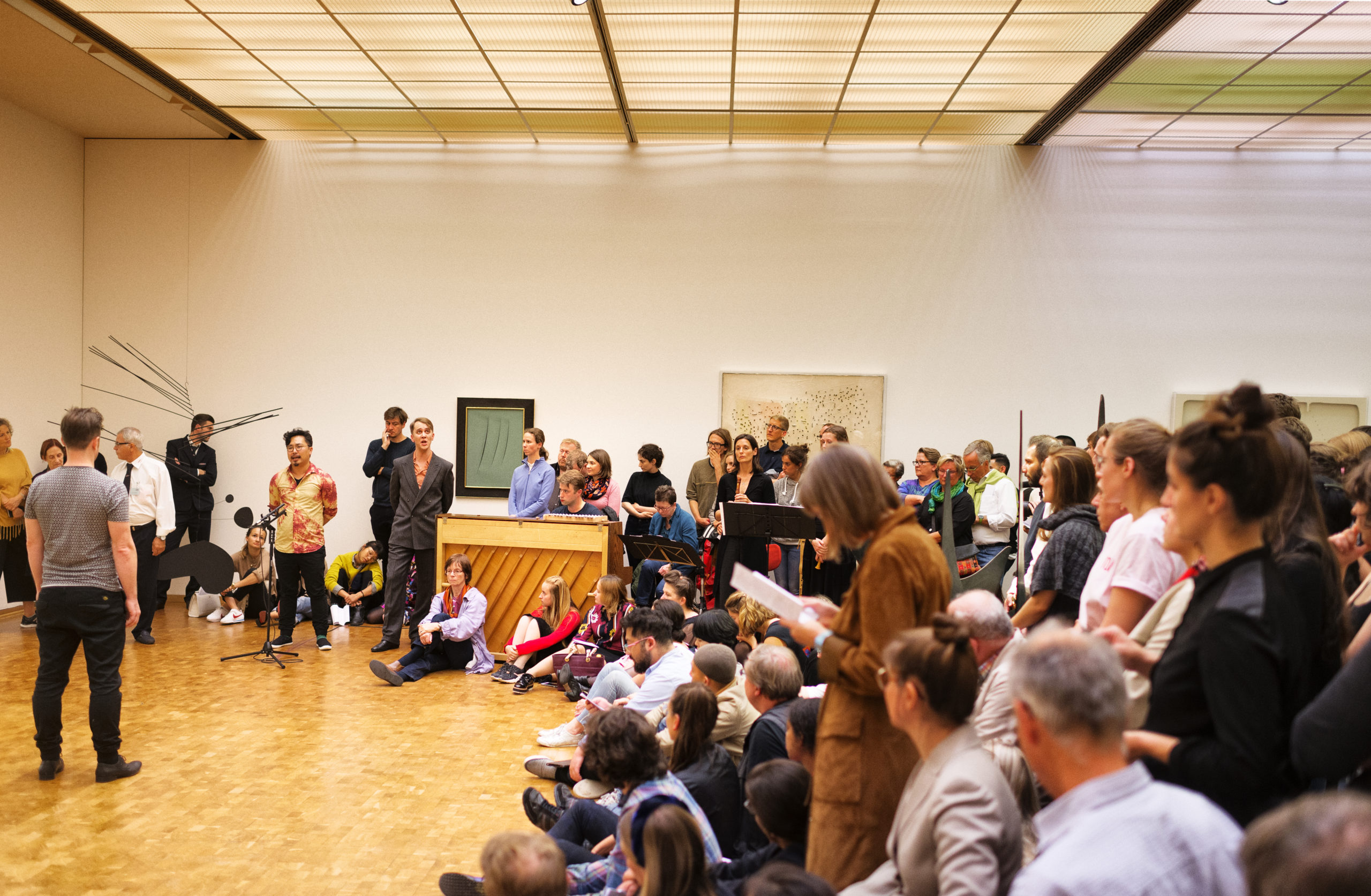 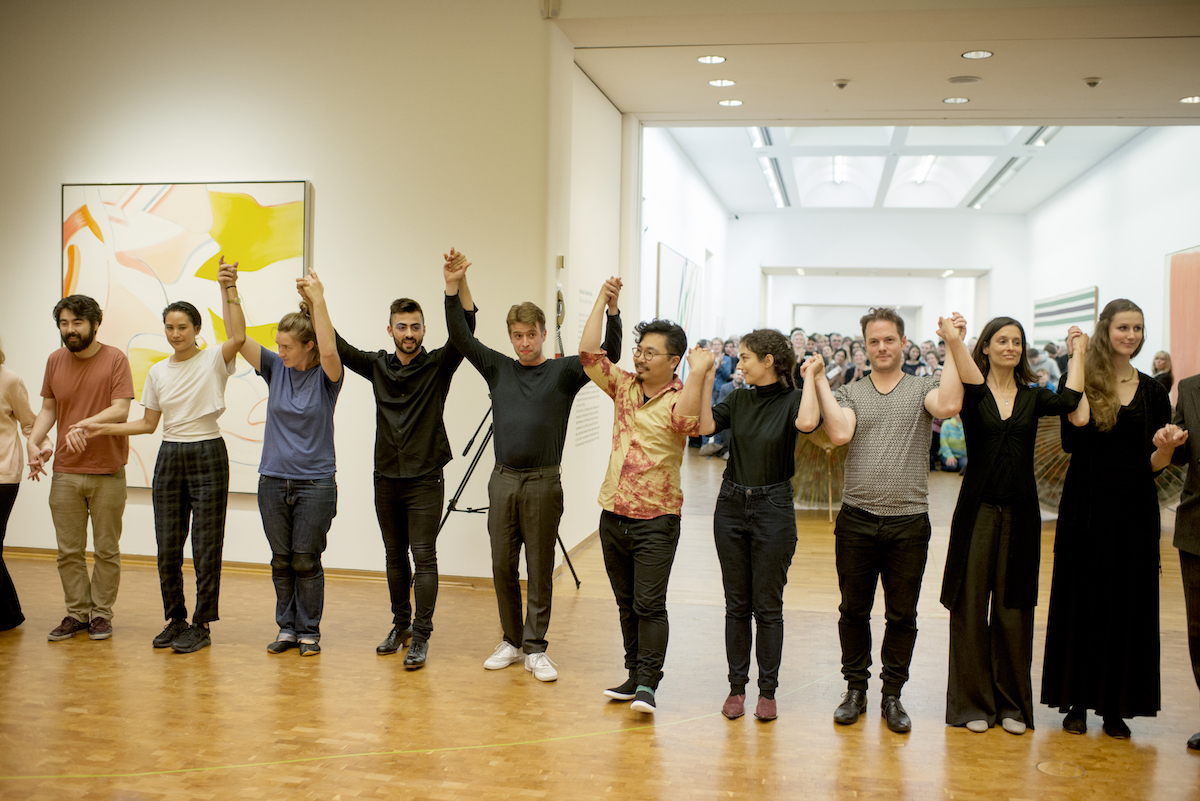