The gallery is pleased to take part in the “Mies In Mind” organized by INDEX Berlin, an exhibition parcours for the reopening of the Neue Nationalgalerie. For the occasion, Berlin art galleries are invited to celebrate the much anticipated reopening of the Museum after a long restoration period. For this occasion, we present an exhibition bringing together two oil paintings by Ruth Wolf-Rehfeldt, titled Zum Gedenken an Paula Modersohn-Becker, painted on masonite in 1976, and Rilkeporträt, oil on board from 1978. This remembrance of Paula Modersohn-Becker, a key figure in German art history between early Expressionism and the birth of Modernism, and Bohemian-Austrian poet and novelist Rainer Maria Rilke, one of the most widely celebrated German language lyric poets, ties in aptly with the Nationalgalerie’s planned exhibition The Art of Society (1900 – 1945: The Collection), which aims to highlight the connection between art and social history within the museum’s collection. Paula Modersohn-Becker was not widely known at the time of her untimely death, which occurred tragically at the age of 31, just a few days after giving birth to her daughter Mathilde. She would have faded into obscurity but for her voluminous writings, which include a journal and letters with friends in her artistic circle. Collected and widely published in the 1920s, her authorship allowed for the survival of her legacy. One of Modersohn-Becker’s long-term correspondences was Rainer Maria Rilke, with whom she shared an inspiring relationship contemplating art and life. After her passing, Rilke wrote in her memory “Requiem for a Friend”, a haunting and tender poem mourning his loss. Similarly, Wolf-Rehfeldt also kept several diaries during her life, the most recent spanning fifty years, from the age of 31 to 81. This immense collection of writings – together with countless notes and sketches – provide a fascinating glimpse into the life of an artist existing and making work during the social and political changes of Germany between the GDR and reunification. Despite being confined within the borders of East Germany, Wolf-Rehfeldt’s coterie extended globally due to her significant involvement, along with artist and husband Robert Rehfeldt, in the Mail Art movement of the 70s and 80s.

Ruth Wolf-Rehfeldt was born in Wurzen, Saxony in 1932. After the war, she settled in Berlin and worked for the exhibitions department at the Academy of Arts. Despite not having a formal artistic education, she produced paintings, pastels, drawings and most notably what she calls “typewritings”. Works on paper made on a typewriter, the typewritings are intricate studies spanning concrete poetry, linguistics, graphic design and conceptual art – innovative hybrids of language, symbols and visual form. Although in the beginning of her practice Wolf-Rehfeldt explored semiotics and concrete poetry, she began to shift her focus in later years to abstract compositions, moving from linguistic signage to language as form and matter. Many of the typewritings on view emphasize the materiality and density of words and symbols, new meanings derived from experimentation. Wolf-Rehfeldt was nominated for candidacy for the Association of Fine Artists of the GDR in 1975, and was admitted as a full member in 1978. Due to her special status as a member of the AFA, Wolf-Rehfeldt was allowed to print a limited number of 50 “miniature graphic” works (Kleingrafik) in print shops. Each of her works thus consists of an original – either an individual typed work or a series – and of further reproductions in the form of carbon copies, postcards or prints in formats ranging from A6 to A4. During the period of her artistic production, Wolf-Rehfeldt was simultaneously engaged with a vast network of artists, known as the Mail Art Movement. Wolf-Rehfeldt and her partner Robert Rehfeldt were pioneers within the GDR of a type of artistic exchange that allowed for the uncensored circulation of art and ideas. As works of art prone to accessible distribution, Wolf-Rehfeldt’s typewritings were often included in her correspondences with other artists. After the fall of the Berlin wall and the death of her partner, Wolf-Rehfeldt stopped making work altogether. Her newly found geographical freedom had fundamentally altered the function of making and distributing art. Yet in recent years, a newly invigorated interest in her work had begun to emerge. Along with several public exhibitions, ChertLüdde has begun a collaborative process of archiving all of her works and Mail Art archive. Wolf-Rehfeldt was awarded with the Gerhard-Altenbourg Prize of the Lindenau-Museums 2021. Her work has been exhibited in venues such as MAMCO, Geneva, 2021; Kunstverein Reutlingen, 2019; Galerie Weisser Elefant, 2019; National Gallery of Arts, Tirana, 2018; Albertinum, SKD, Dresden, 2018 (with David Horvitz); Goethe, Minneapolis, 2018; Malmö Konsthall, Malmö, 2017; documenta 14, Kassel, 2017; Halle 14, Leipzig, 2017; Museum für konkrete Kunst, Ingolstadt, 2017; Museum Barberini, Potsdam, 2017; Kunstsaele Berlin, 2016; Kunstnernes Hus, Oslo, 2016; Martin Gropius Bau, Berlin, 2016; Schloss Plüschow Museum, Plüschow, 2015; Kunsthal Charlottenborg, Copenhagen, 2015; The Weserburg Study Centre / Museum of Modern Art Bremen, 2012. On the occasion of her 90th birthday in autumn 2022, DAS MINSK in Potsdam will host a retrospective of her work. 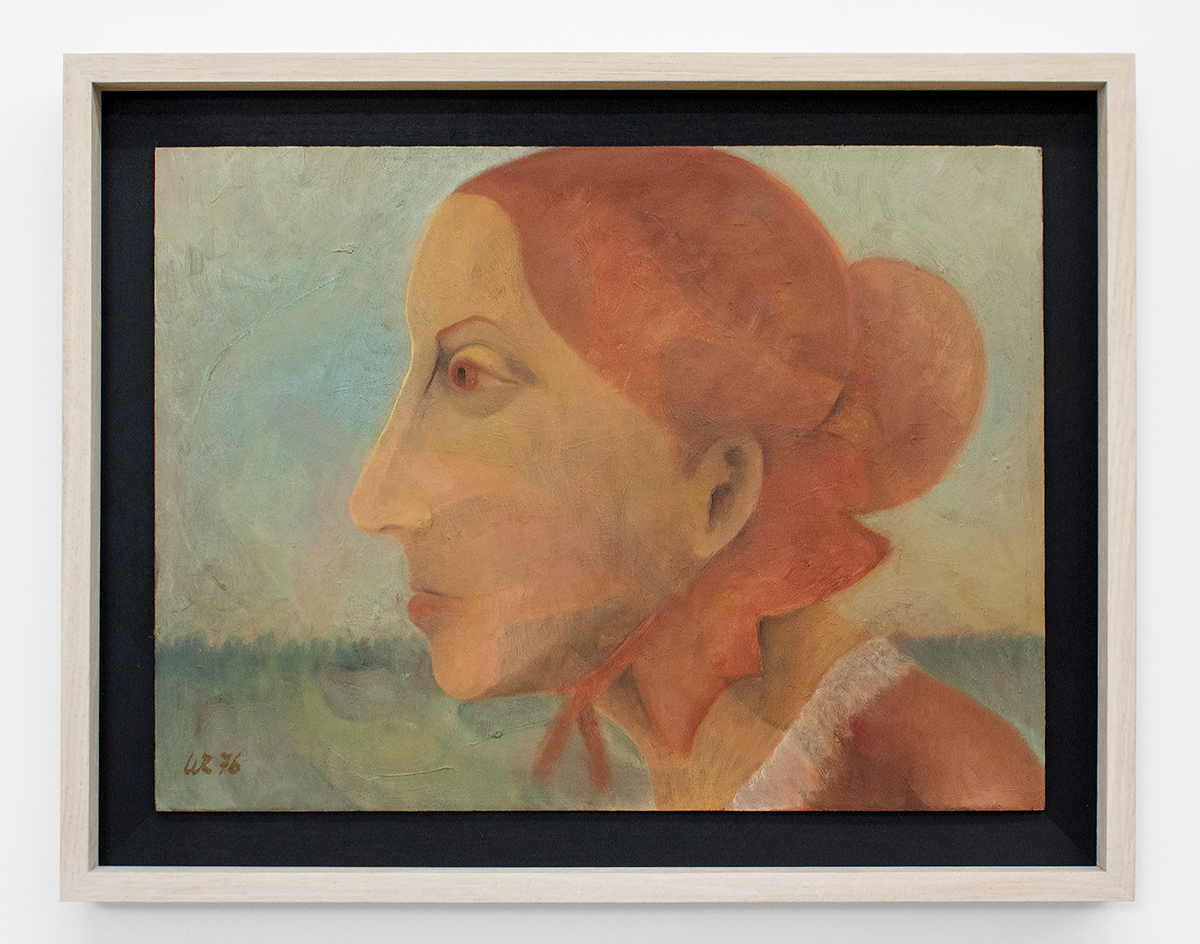