If Thumbelina had to travel not on the back of the swallow but by a motorcycle, she would have hardly managed to keep her wedding dress and her tiny bows unrumpled.

It is not only that riding a bike requires special gear: a helmet, gloves or a leather jacket. More than that, unlike immersion into a comfortable womb of a car or a swallow’s soft feathers, riding a motorcycle requires an equal complicity in the breakneck ride on the part of the traveller.

A motorcycle is an example of a perfect hybrid of a human and a vehicle. Once astride a motorcycle, riders not only partake of the speed and the slaps of the head wind, slaps of dust, of sounds or of the ground, but they also have to fully merge with the motorcycle, to repeat its curves with the curves of their own bodies.

The more complete this conjunction between the body and the vehicle, the better the riders can steer and control it, the more stable and well balanced their position is on the saddle. Those who seek to achieve an effective contact with this mechanism made of metal, rubber and leather have to become the extension of it, an outgrowth on its mechanical body that enables it to wake up and come into action.

Such an amalgamation does not mean that the vehicle engulfs its “second engine,” its human outgrowth. Just like the intestines of the motorcycle that are exposed, pulled inside out, the motorcycle itself always seeks to expand outward. It does not devour, but, with the help of powerful sounds, high speed and the sparks from its wheels at steep turns, works to expand whatever accompanies it in its movement.

Everything that comes clear of the ground and is ready to follow the motorbike’s metal curves, turns into a shining, a gas, a rumble.

A motorcycle continuously multiplies itself in all this shining and noise, capable of taking on new parts that are willing to be absorbed and expanding itself to an unknown extent. But given this expansion, does the motorcycle remain what it used to be before? Or does it become a bleak reflection of its former self shimmering with its smooth, cool intestines and turning all the new parts into a semblance of itself? Every brand new thumb, every human or non-human outgrowth forces the entire motorcycle system, not just the wheels alone, into constant motion. The mutation can escalate to such an extent as to make it impossible to tell whether it is a parasitic outgrowth, hiding among the parts of the vehicle, or a vehicle that has become a parasitic virus of a weird shape that eludes the logic of functional driving.

It has become impossible to separate the parts from their bearer, because the bearer is now little more than a sum total of its constituent parts assembled in a somewhat random manner.

The infinite expansion and annexation of yet more parts prompts an incessant renewal of the entire body.

We are no longer sure which point in time and space we should select in order to be able to give a proper name to whatever it is that we are facing. If the motorcycle is a parasitic virus that is revived by every contact with a creature such as a human being, it means that it is hardwired—they way all viruses are—not only to mutate, but also to deftly elude the eyes of strangers. This is exactly why in contrast to a car, a motorcycle is naked: you do not have to hide or tear the surface membrane that is simply not there. Yet at the same time, its shiny, sleek, smooth, glossy surfaces are meant to distract anyone who manages to catch a glimpse of them. Will the multiplication of these surfaces and of their shine turn into the multiplication of their deceptions? Or, taken to extremes, thus will detonate the logic of the vehicle from within, unleashing the powers previously hidden inside?

Thumbelina landing happily on her swallow next to an elvish prince notices a brand new bike behind his back. 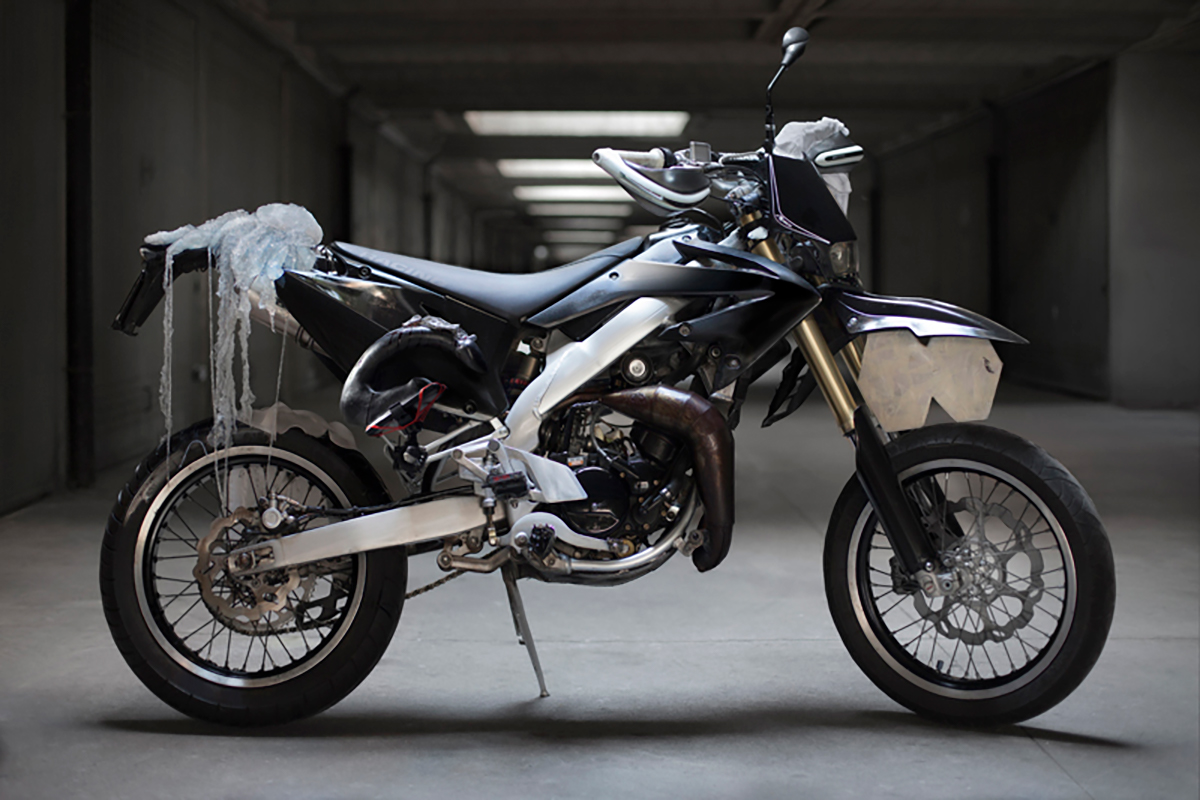 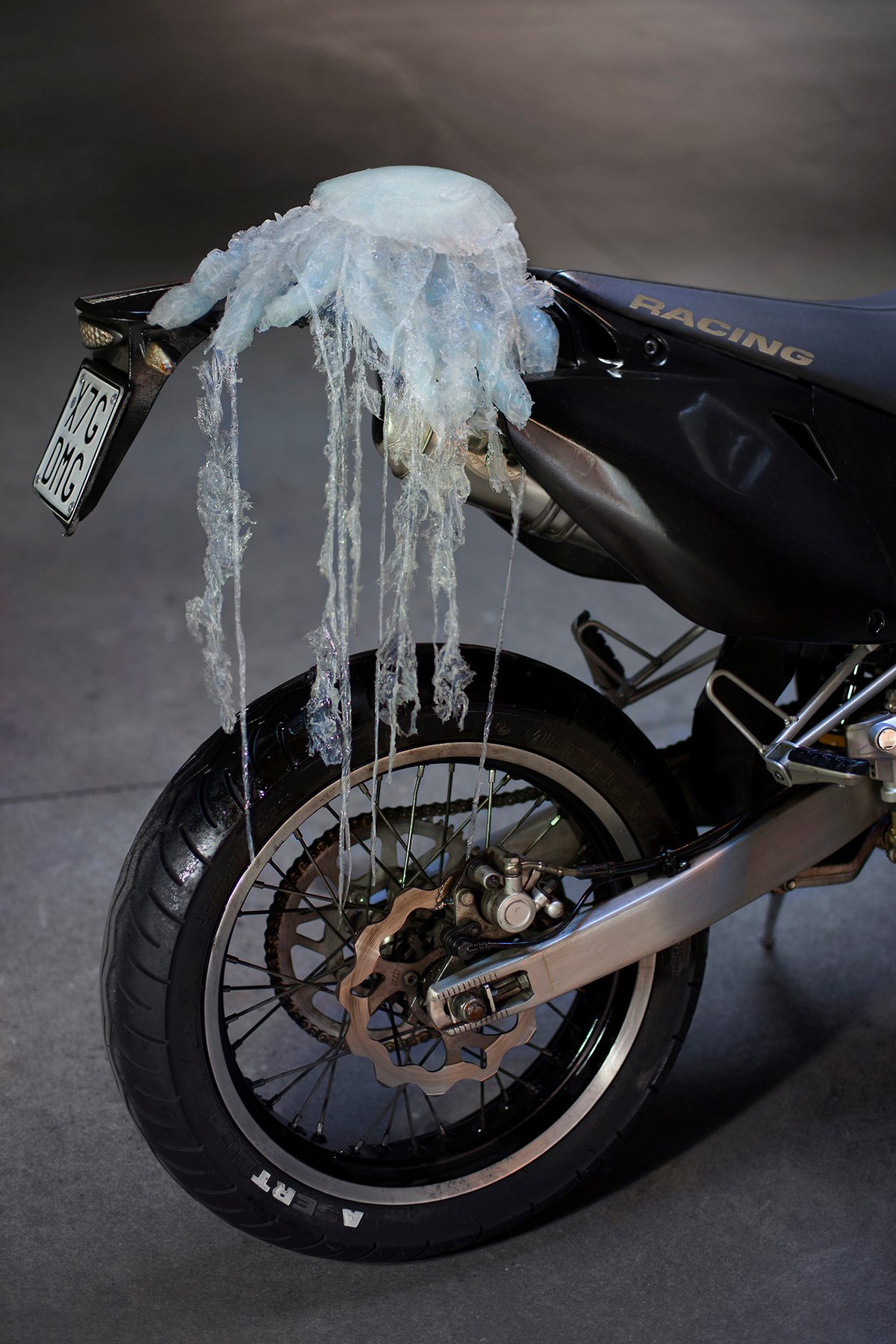