ChertLüdde is pleased to participate in the second edition of Amtsalon, an exhibition platform for Berlin galleries in Kantstrasse, Berlin.

Part of a series exhibited earlier this year at the gallery, Amadou Seck’s ink drawings are the most recent works in the rich history of the 70-year-old painter’s artistic career. The exhibition featured several new black ink drawings on paper, constructing a magical imagery around African mythology and cosmogony. The drawings depict elaborate motifs referring to traditional rituals, religion, and myths in West African cultures. Recurring figures in the drawings have multiple heads, limbs, and wings, suggesting animal-human hybrids whose faces and bodies are adorned with delicate ornamentation. Double masks representing marriage or twins, and animals such as buffalos, antelopes, sharks, and hippos emerge through his layered and strikingly emblematic portraits.

Although they are divergent and distinct in character, Sol Calero’s compositions blend organically with Seck’s lines, creating an original rhythm.

Under a festive, vibrant and luminous appearance, Calero questions the production of standards and clichéd iconography of Latin America with a singular and consistent presentation of abstracted tropicalism. In recent years, the artist has developed a body of all-immersive colorful installations, resembling places such as schools, offices, hairdressers’ salon, salsa classrooms, or a cyber café, with painting always being at the core of her practice. In looking at how Latin American cultures are perceived and exploited, her work faces the spectator with the processes of exoticism inherent to the imagery and narratives of the cultural other.

Both artists approach drawing and painting as a favored medium, combining traditional and contemporary forms and creating a strong line of continuity that brings together the past and the present.

Amadou Seck is a painter from the first generation of the Dakar School. With his semi-abstract style, incorporating elements associated with the school where he developed his practice, Amadou Seck is an important name of the epochal artistic group formed in Dakar around 60 years ago. Between the mid-sixties and mid-seventies, Seck attended the Ecole de Dakar (Dakar School) under the teaching class of Pierre Lods. Lods’ instruction relied heavily on the study of traditional African artifacts, based on his belief that modern art in Africa should be seen as a continuity of traditional African art, free of European influences. The work of Amadou Seck is often celebrated as one of the most prominent examples of this artistic group. Growing in a newly free Senegal and influenced by the cultural ideology of President Léopold Sédar Senghor, artists within this cultural movement embraced Africa’s postcolonial engagement with the rest of the world. Working primarily with paint, and in an overtly abstract and decorative manner, the group of artists under the umbrella of the Dakar School enjoyed for several years the support and patronage of the government and international recognition.

In a certain sense, connection with cultural traditions is a common thread of the two artists, a theme which, although approached in very different ways and critical intentions, refers to the conscious decision to use the pictorial medium as an index of innate creativity.

He attended the Ecole de Dakar from 1966 to 1974, in the “plastic research” class under Pierre Lods. Seck was president of ARPLASEN, advisor of the International Association of Plastic Arts (AIAP) to UNESCO. As a favored artist of President Senghor, he often represented Senegalese artists abroad. After a very productive first period, Seck moved on to other activities, leaving painting aside. He participated in several Dakar biennials and recently showed in the exhibition “Trajectoires: art contemporain du Sénégal”, featuring works from the Bassam Chaïtou collection at the Musée de l’IFAN in Dakar in 2007. His work was also part of the “Art Sénégalais d’ Aujourd’hui” (Senegalese Art of Today), an exhibition organized by Senghor first at the Musée Dynamique in Dakar (1973) and then at the Grand Palais in Paris in 1974, moving subsequently around Europe, South America, North and Latin America as well as Asia before finally returning to Senegal in May 1985. His work has also been presented in France at the Fondation Vasarely.  Seck was invited to spend time in Italy in the atelier of Salvatore Fiume and exhibited with him  in Milan at la Galeria del isola in 1975 and 1980. He also exhibited at the Weltkulturen Museum, Frankfurt, Lundt Museum, Sweden, Corcoran Gallery of Art in Washington (1980), in Bonn at IfA Galerie in 1984 and 1986 and in Bayreuth in 1985 and 1988 (IWALEWA Haus).

Sol Calero (b. 1982, Caracas, Venezuela) lives and works in Berlin. 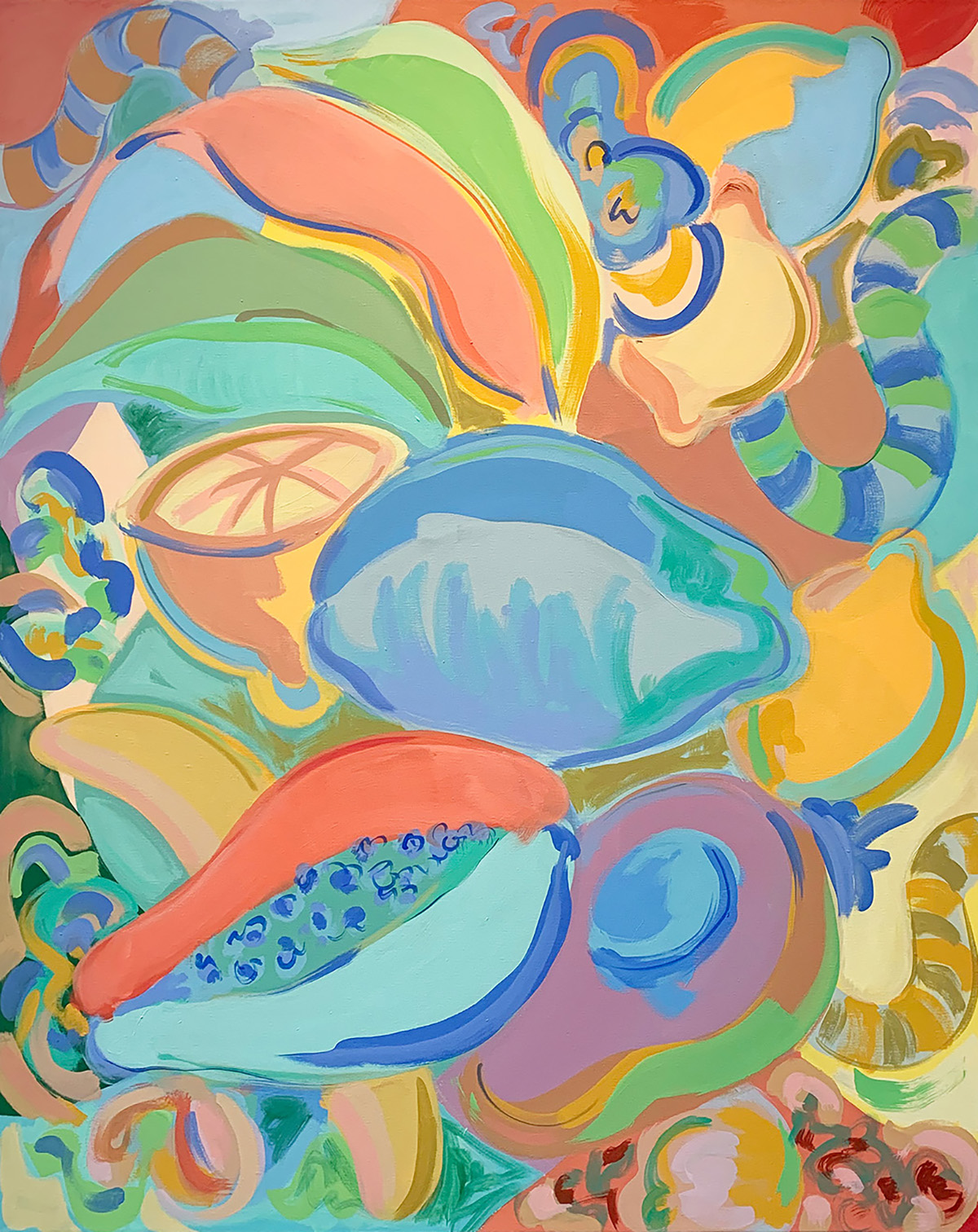 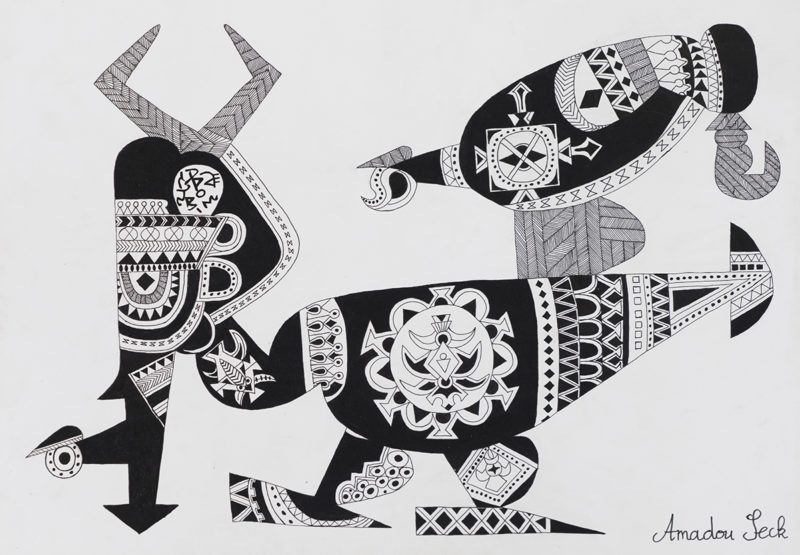 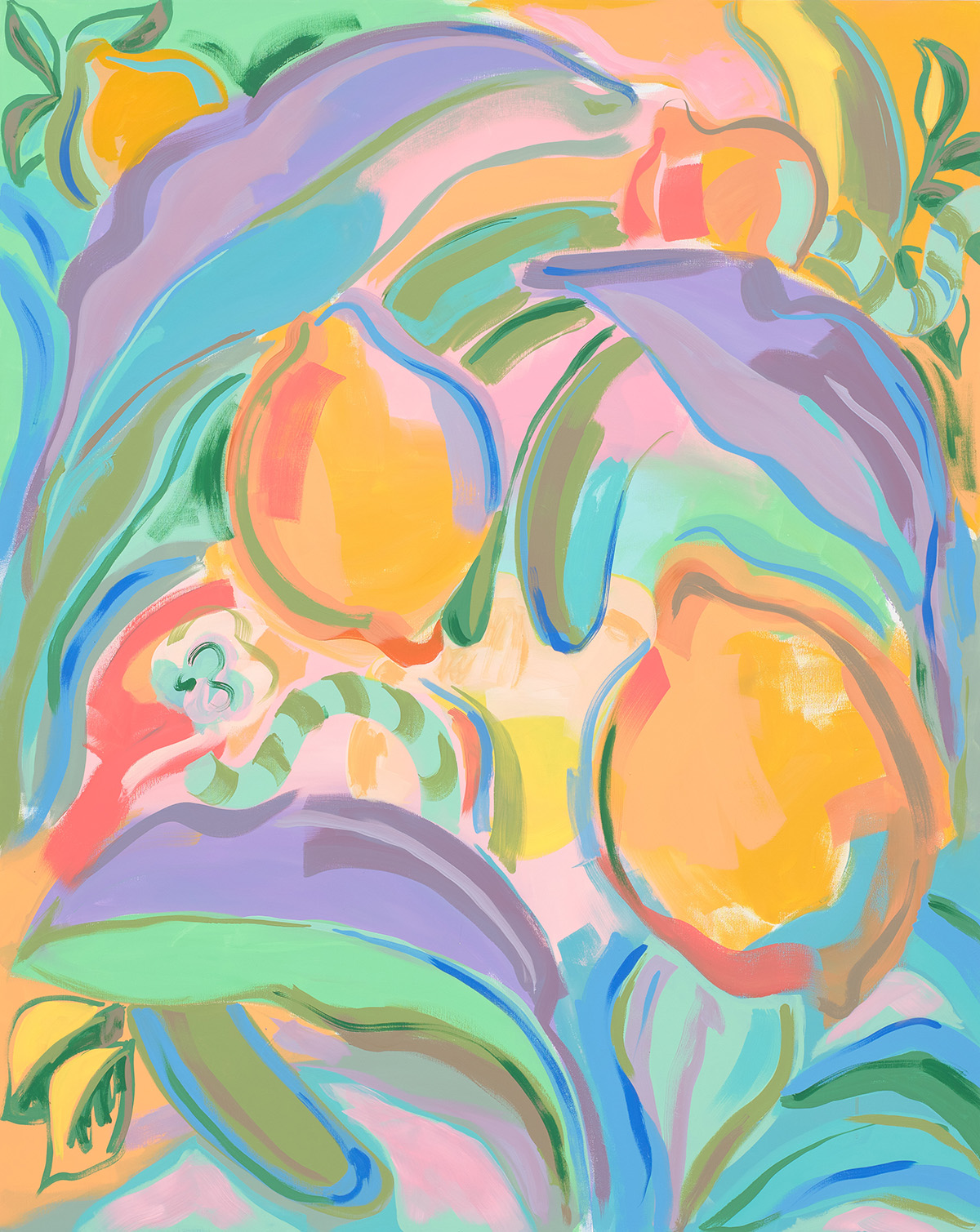