This edition of the Kathmandu Triennale has been intensively prepared over the past three years. The first year saw hopeful uprisings across continents clamouring against an order that was breaking, and the subsequent two were marked by the order breaking down under unexpected pressure, while unleashing more demons and entrancements along the way. Kathmandu Triennale 2077, both in its infrastructural development as well as in its artistic and intellectual propositions, has been supported throughout these cycles by the strength and steadfastness of a crucial and critical dialogue between more than 130 artists, collectives, and collaborators from over 50 nations that the project brings together. They represent vast depths of ancestral knowledge and its contemporary manifestations, histories of resistance and constant reinvention, the exuberance of imagination, and the power of speaking out. Today, the conversations proposed in the Triennale’s framework at the beginning of our journey seem to resonate louder still – across geo-political borders, boundaries of time, and ever-changing divides between people – to present an exhibition and programme with empathy, drawn from our global collective experience and memory.

Infermento is a painting by Patrizio Di Massimo made in 2022 specifically for the Kathmandu Triennale 2077. It takes its inspiration from a detail in Parmigianino’s ‘Madonna della Rosa’ from 1530, in which the planet earth is tenderly and peacefully held by the infant Jesus. Our planet on the contrary is in uproar: limbs protruding from its crust, buildings fallen and an overall chaos seem to reign. Mythical figures surround the scene in an apocalyptic and glorious manner.

The painting refers to the past as well as the future of humanity, and the destruction within the earth itself speaks of the geological changes. The caress and the intimate relationship that the infant Jesus has with the Madonna in Parmigianino’s painting has taken a drastic toll. Human civilization is in turmoil – in fermento. Patrizio encapsulates the emptiness within it as well as the chaos of the modern times with the mythical creatures that frame the earth, suggesting that invisible forces are determining the fate of our planet. One cannot be sure whether the creatures are fighting or conspiring with each other, just that their existence is a chaotic force driving the world.

In his painting The Ethiopian Leg, Patrizio Di Massimo refers to the 3rd century legend of the Christian martyr saints Cosmas and Damian – known for supposedly performing the first human leg transplant on a white invalid using the healthy leg of a deceased Ethiopian man. According to Christian records, the saints were reputedly twin brothers born in the Roman province of Syria, who performed medical services without payment as a token of their devotion to Christ, and later suffered a torturous execution during the Diocletian Persecution. The depiction of their miraculous act has been replicated throughout history, using the continuous motif of holy white subjects suspended in the act of grafting, while the alienated black body resembles a discarded shroud, sometimes not depicted at all. The venerated saints continue to be widely celebrated each year, and are regarded to this day as the patrons of medical practitioners.

Di Massimo’s interest in exposing colonialist depictions and perspectives within European history broaches an issue that continues to underlie the present. In facing a past that seeps into the reality of our present, Di Massimo resurfaces questions of who and what is being erased or dehumanized in favor of Eurocentric traditions and beliefs.

Press text from the Kathmandu Triennale. 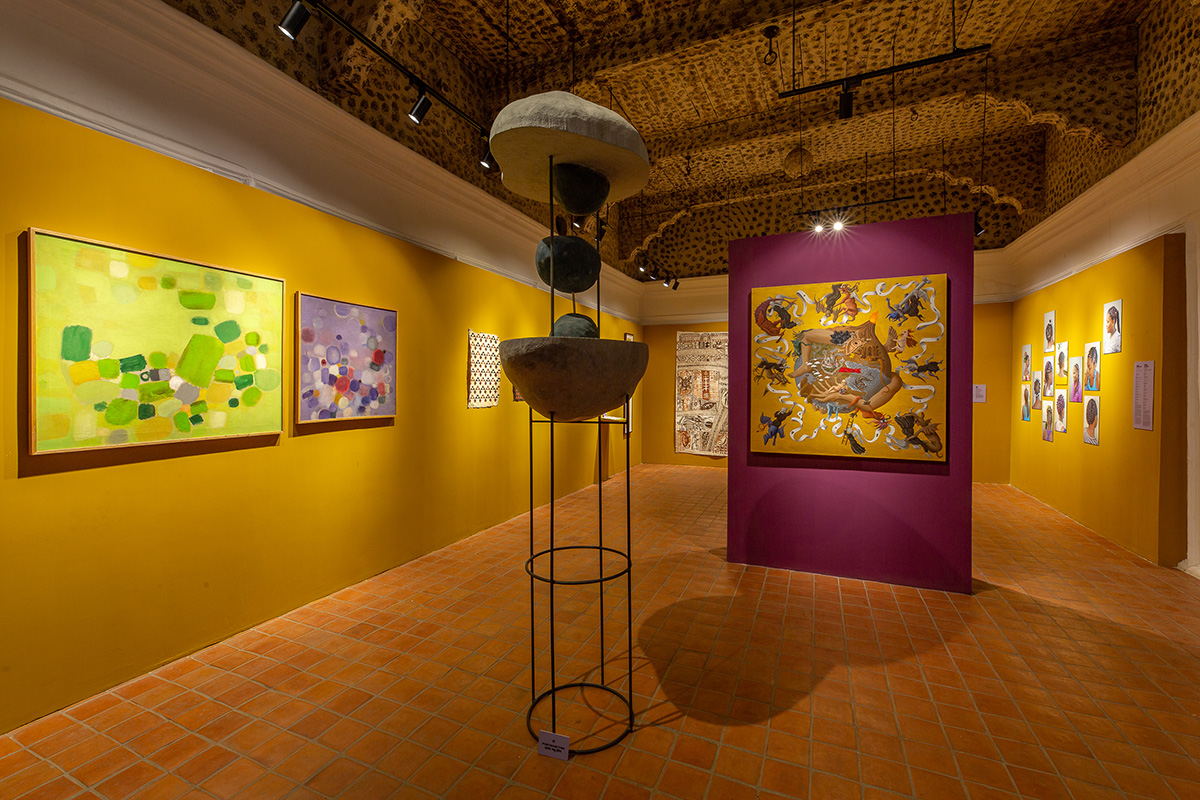 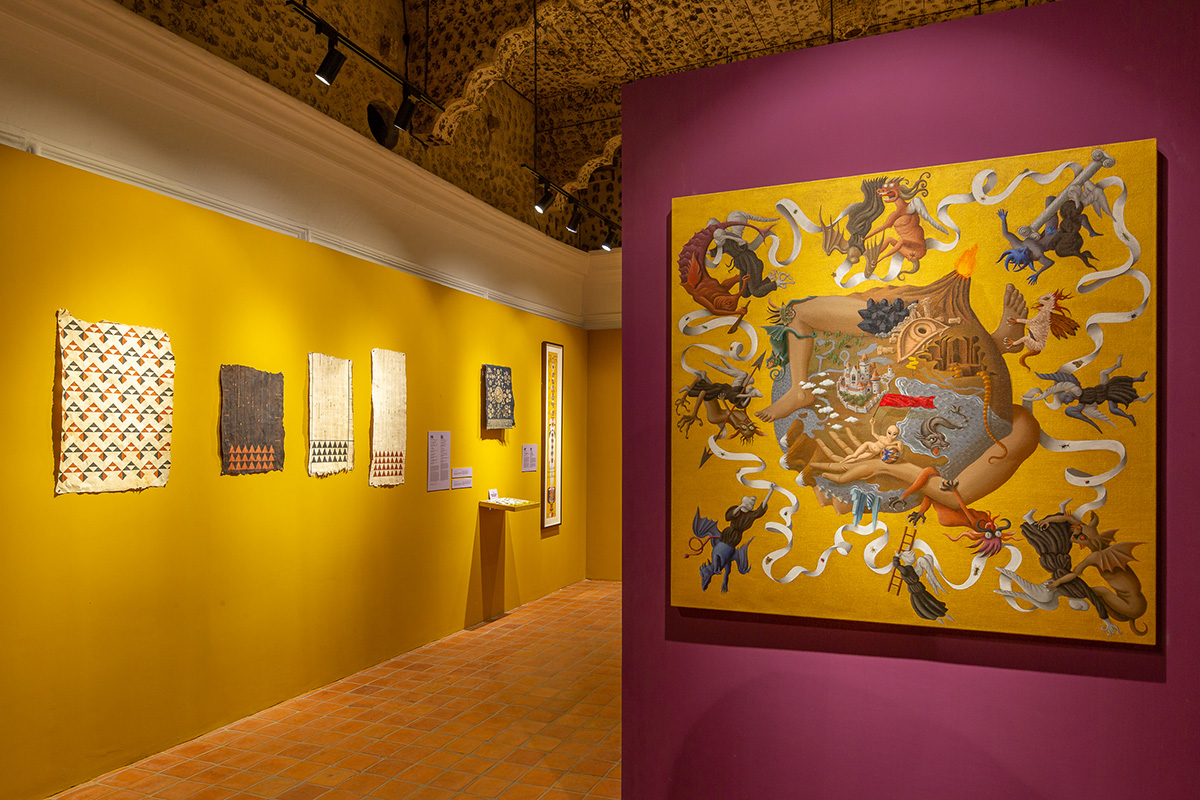 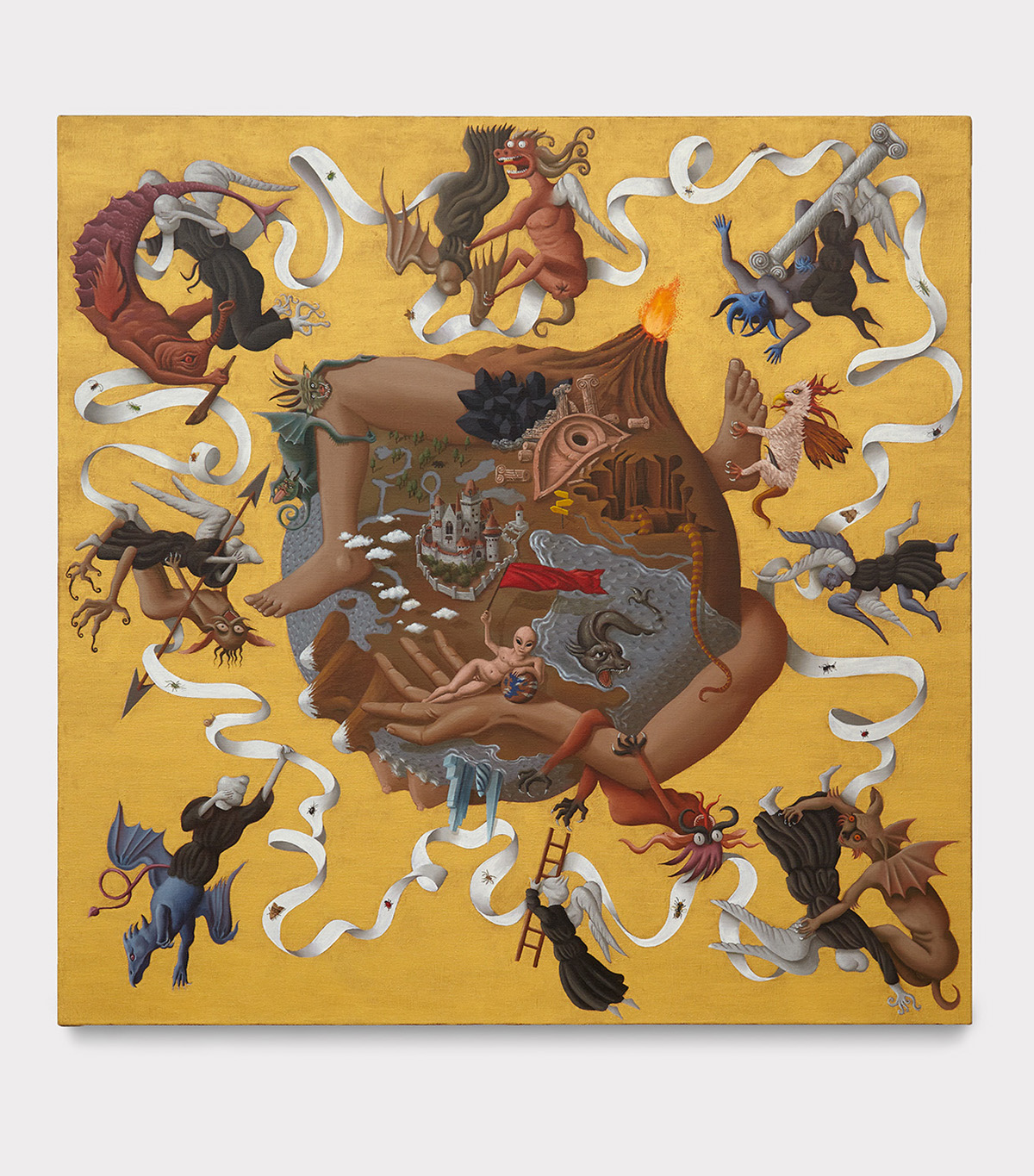 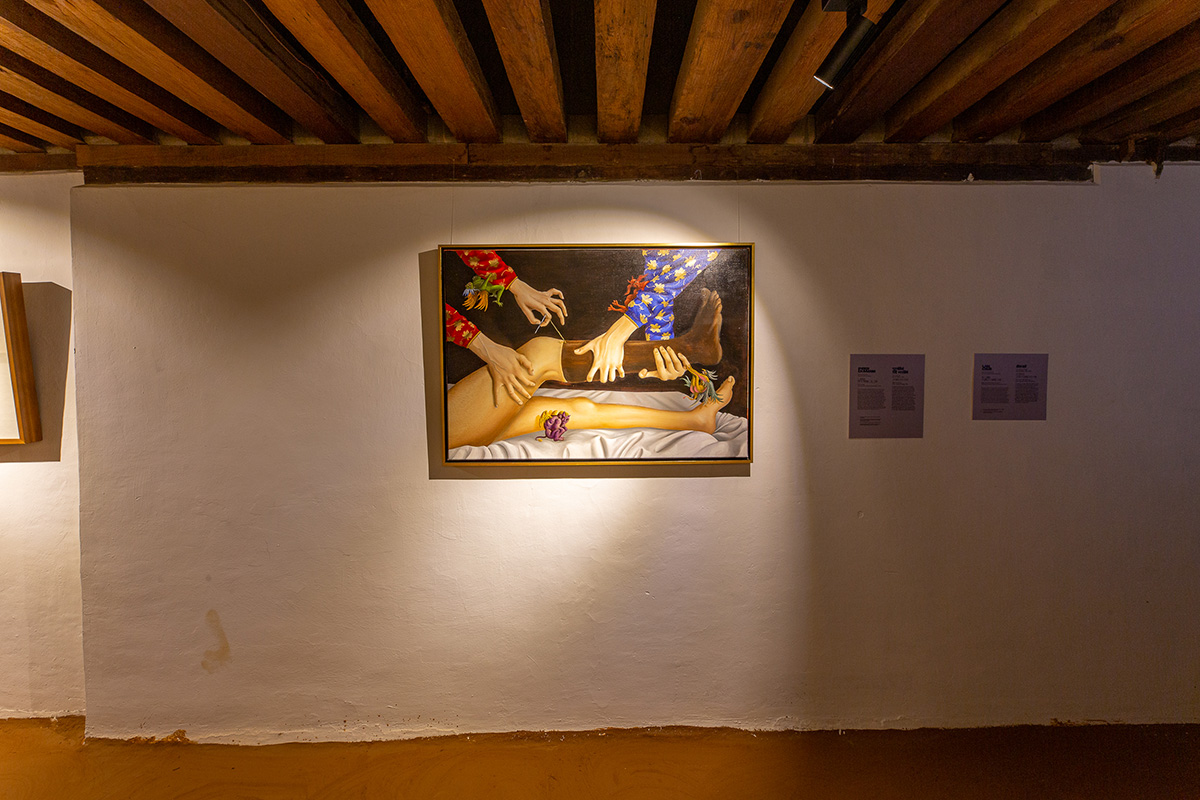 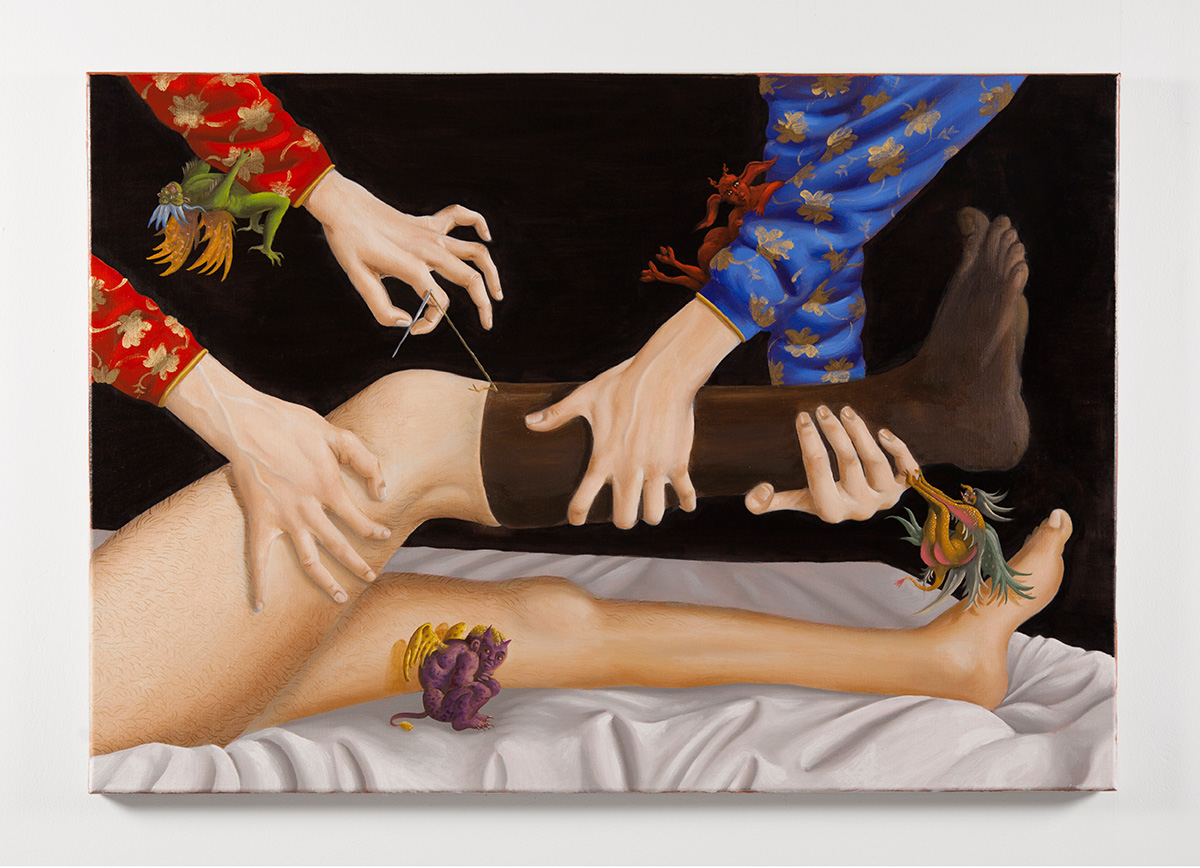