With your eyes shut, think of the cities, the apartments, the rooms you’ve ever visited. Perspectives start to emerge, like texts on the billboards and shop fronts. Geometries feel clear, but you have to focus to grasp details as they unfold into a—somehow—familiar composition. Now stop before the city or apartment or room acquires its final appearance, when things are still interchangeable to a certain degree. 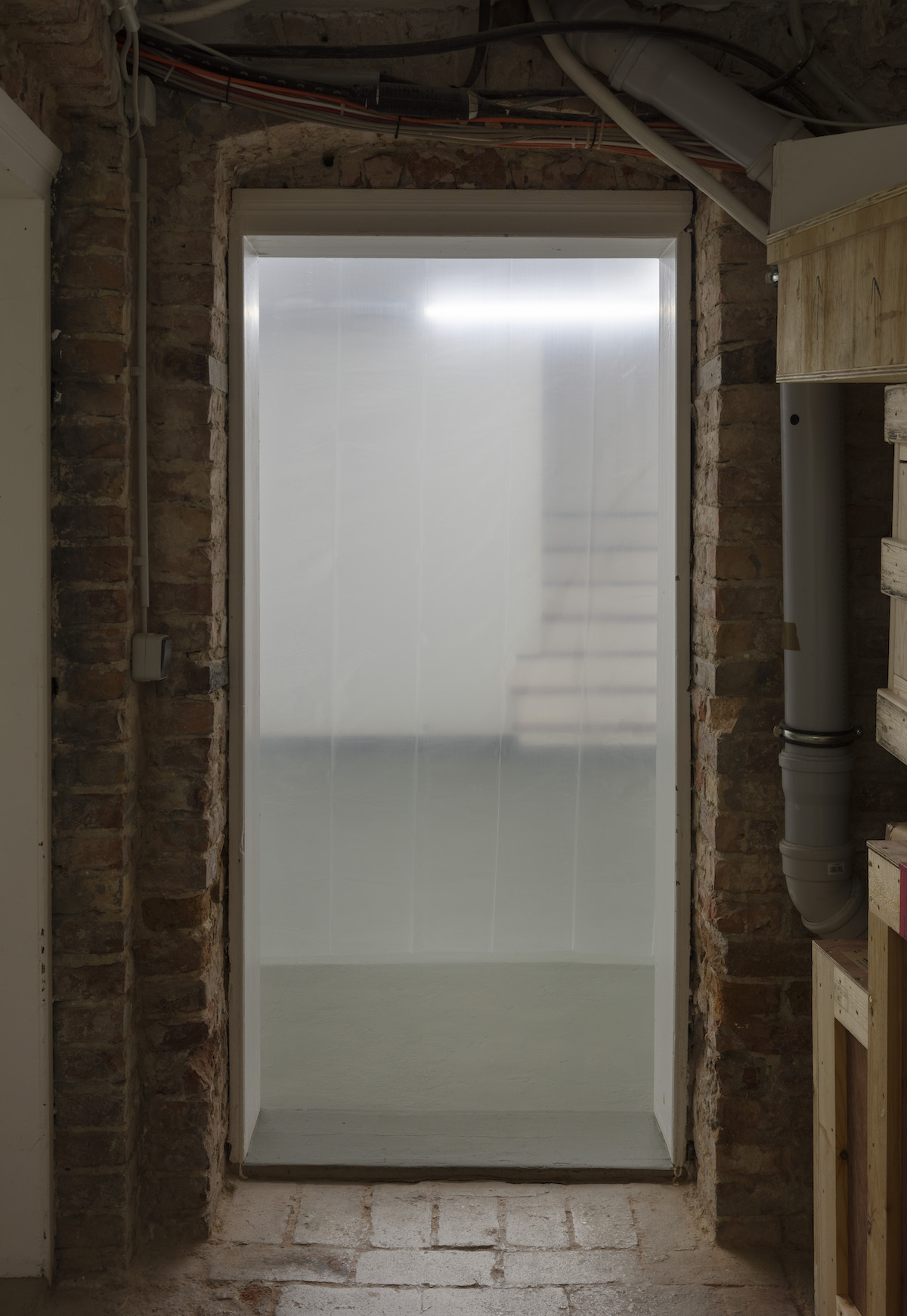 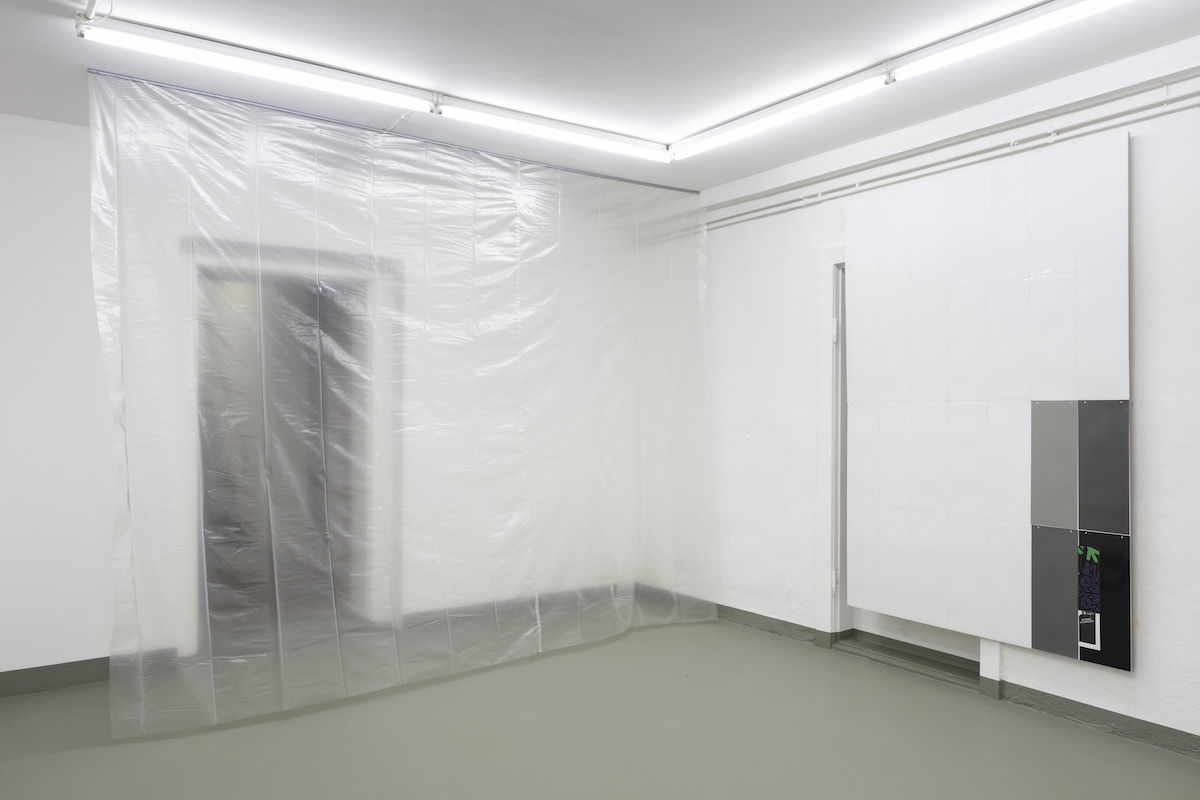 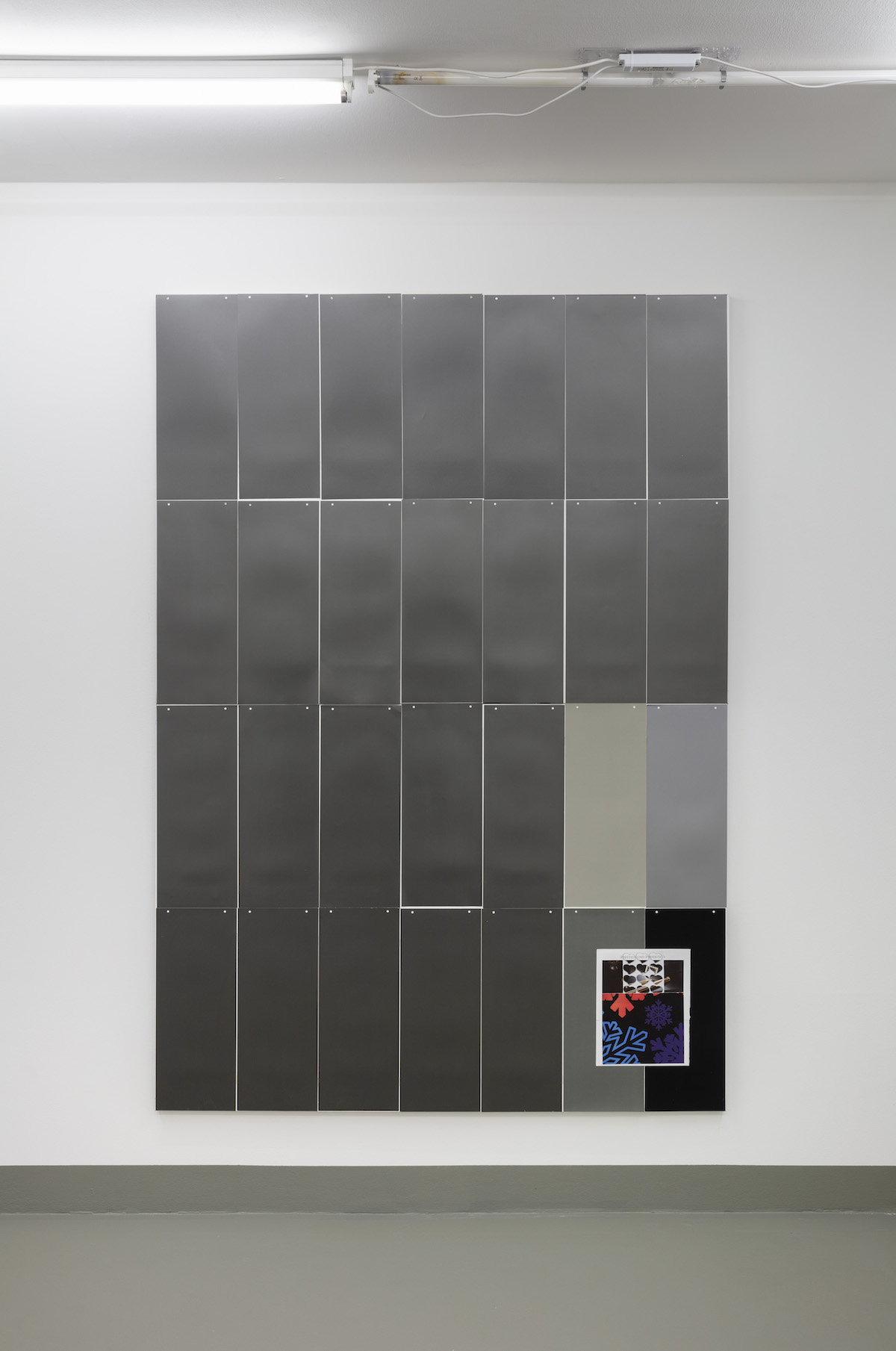 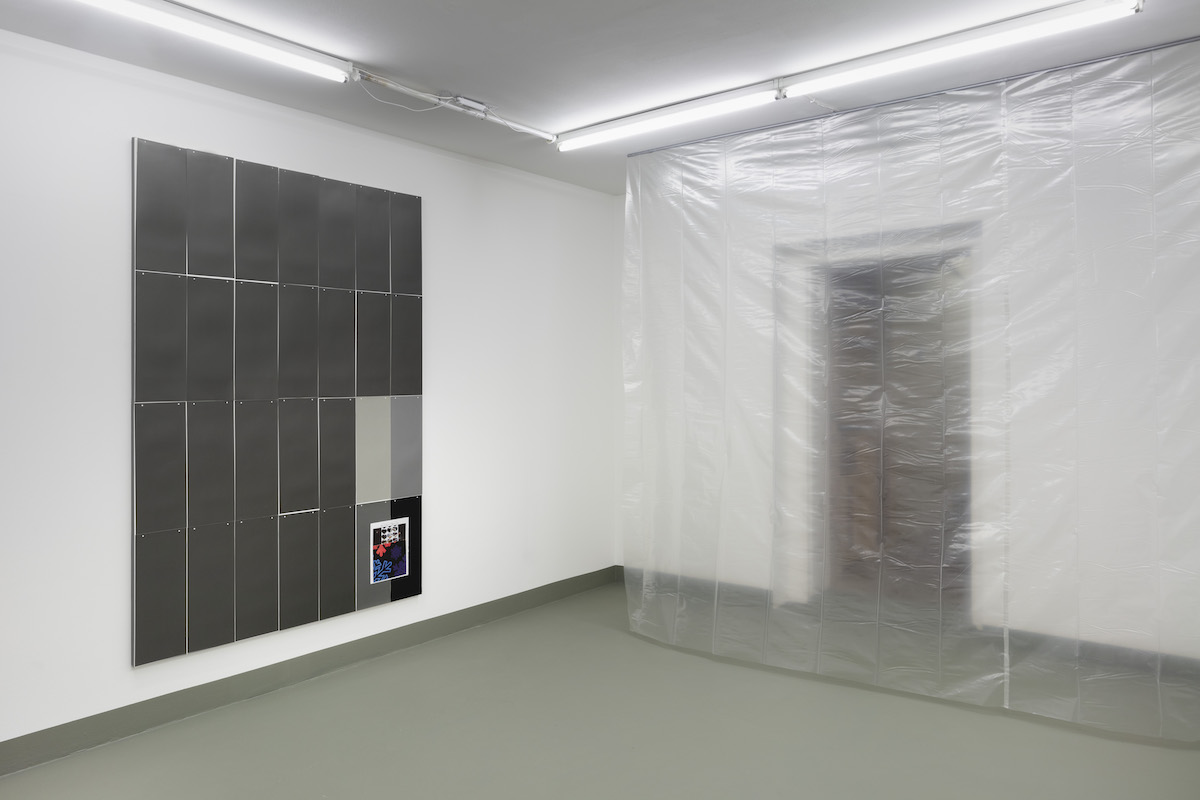 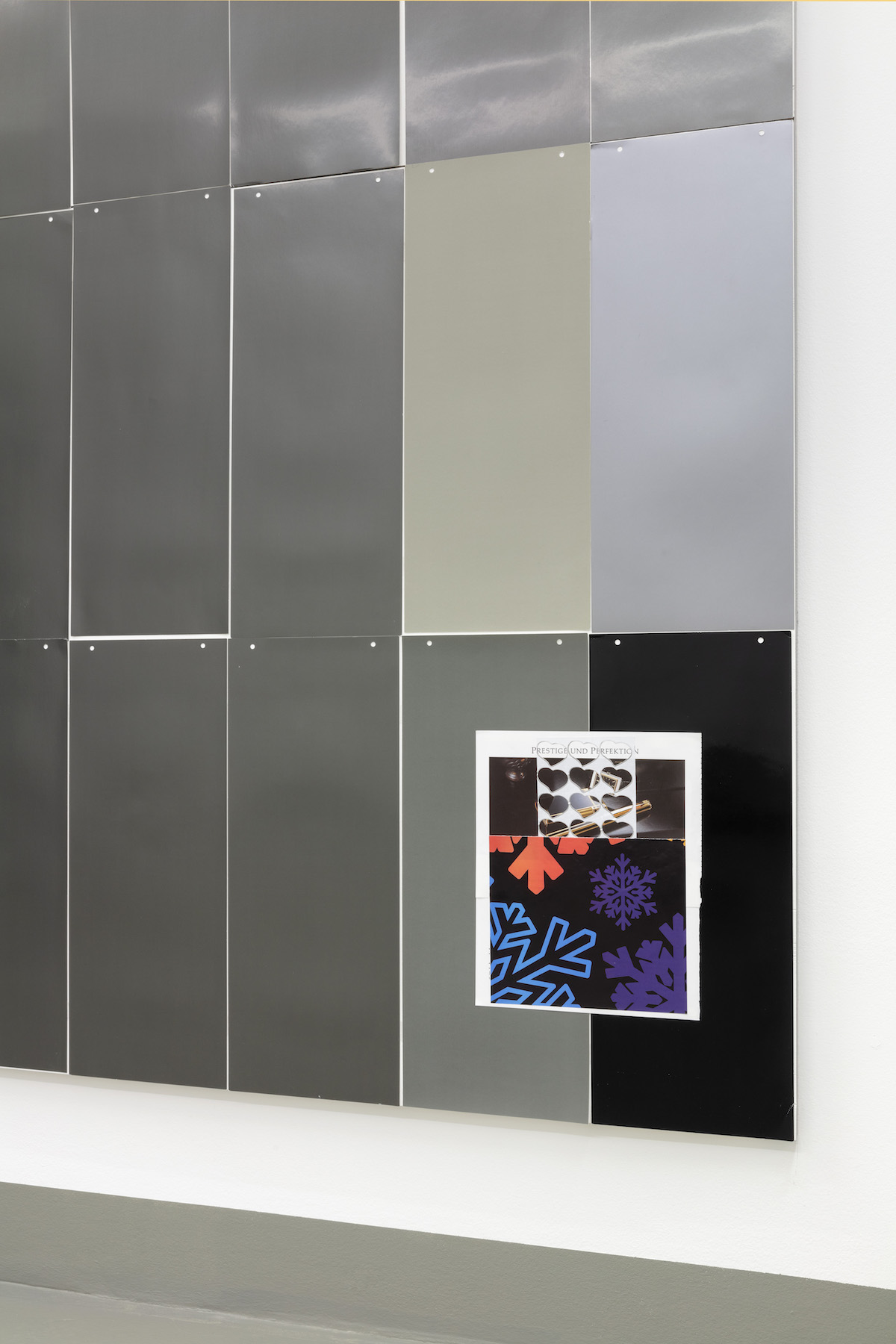 Lorenza Longhi uses various techniques (which she masters, explores, or sometimes reverse-engineers) to produce works that flirt with industrial products, or rather with the ideas of “durability” and “efficiency” through which they find their way into our lives. Sometimes common objects, saved from the obsolescence to which some thrift store shelf condemned them, get involved, whether by camouflaging themselves or by retaining their unadulterated shapes yet getting caught in art’s alchemical transmutation (in Michael Thompson’s phrasing, one of those rare status climbs from “rubbish” to “durable goods”).1

(We understand, now, that the composition is made of promises: adequacy, gloss, and a frozen moment.)

Or perhaps instead of “artworks,” plural, better to use the singular. In Longhi’s solo shows, the individual works are usually in the service of a meticulously choreographed holistic environment. They are condensed into measures, proportions, consonances, connections that entice us to discover new points of view, or to imagine more correct ones.

It is perhaps no coincidence that after our first site inspection at ChertLüdde, the artist and I went to see Aldo Rossi’s Quartier Schützenstraße—a formative entity for Longhi, although not a direct influence. It is a set of facades and courtyards that playfully interlock design with different colors and materials, tracing lines between the city, other cities in other countries, and art histories.

“I remember the first time I visited Berlin, in 2014. I was brought to observe this Aldo Rossi building. I didn’t know Aldo Rossi. I didn’t know the Palazzo Farnese, which the building is partly based on. I didn’t like the building that much. Yet its mechanism sat forever in my mind, and in 2020, when I went to see it again, things came full circle. As Louise Lawler said in that interview for Grey Room: Something is what you expect, but then not quite, so where does that leave you?” Lorenza later wrote me. 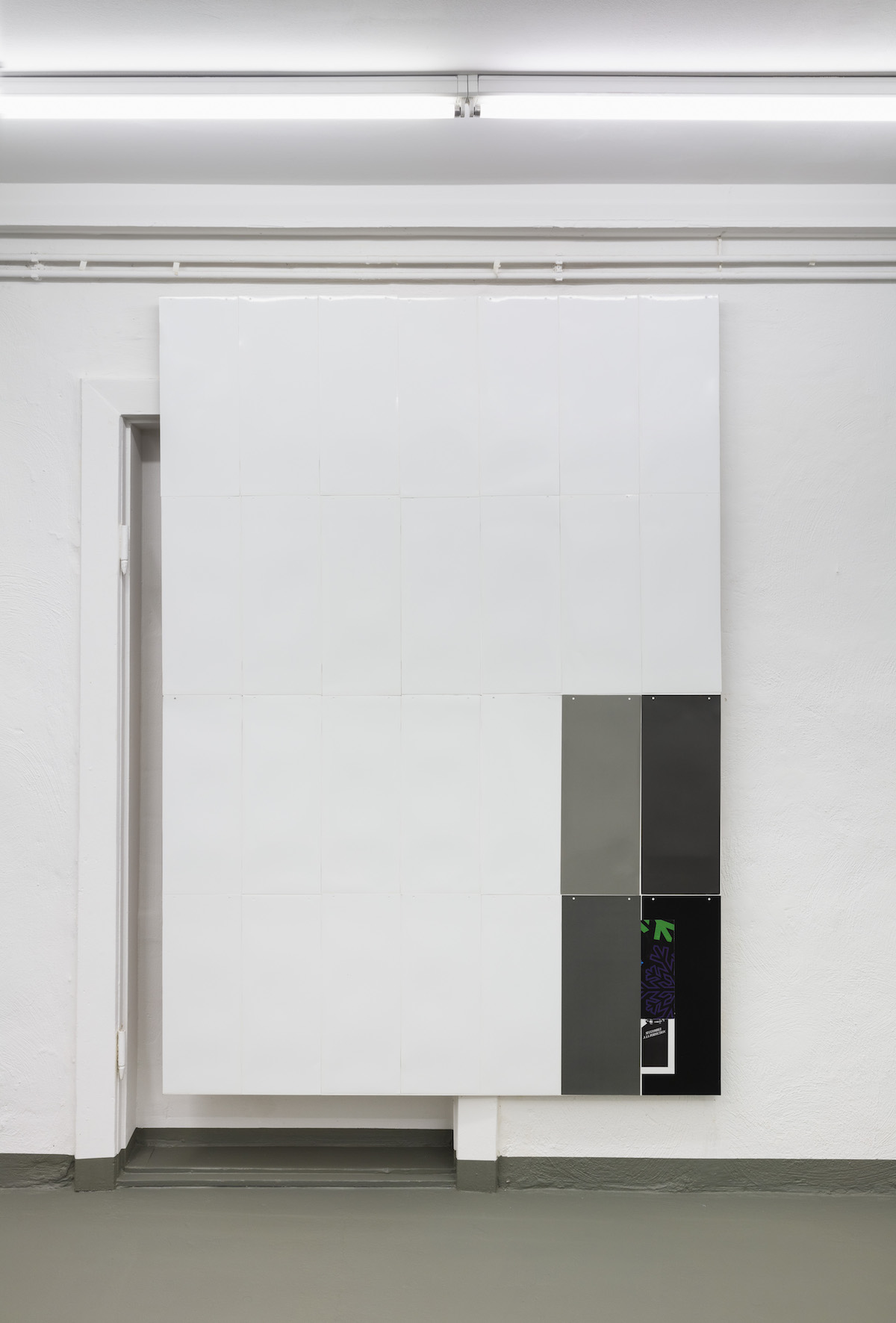 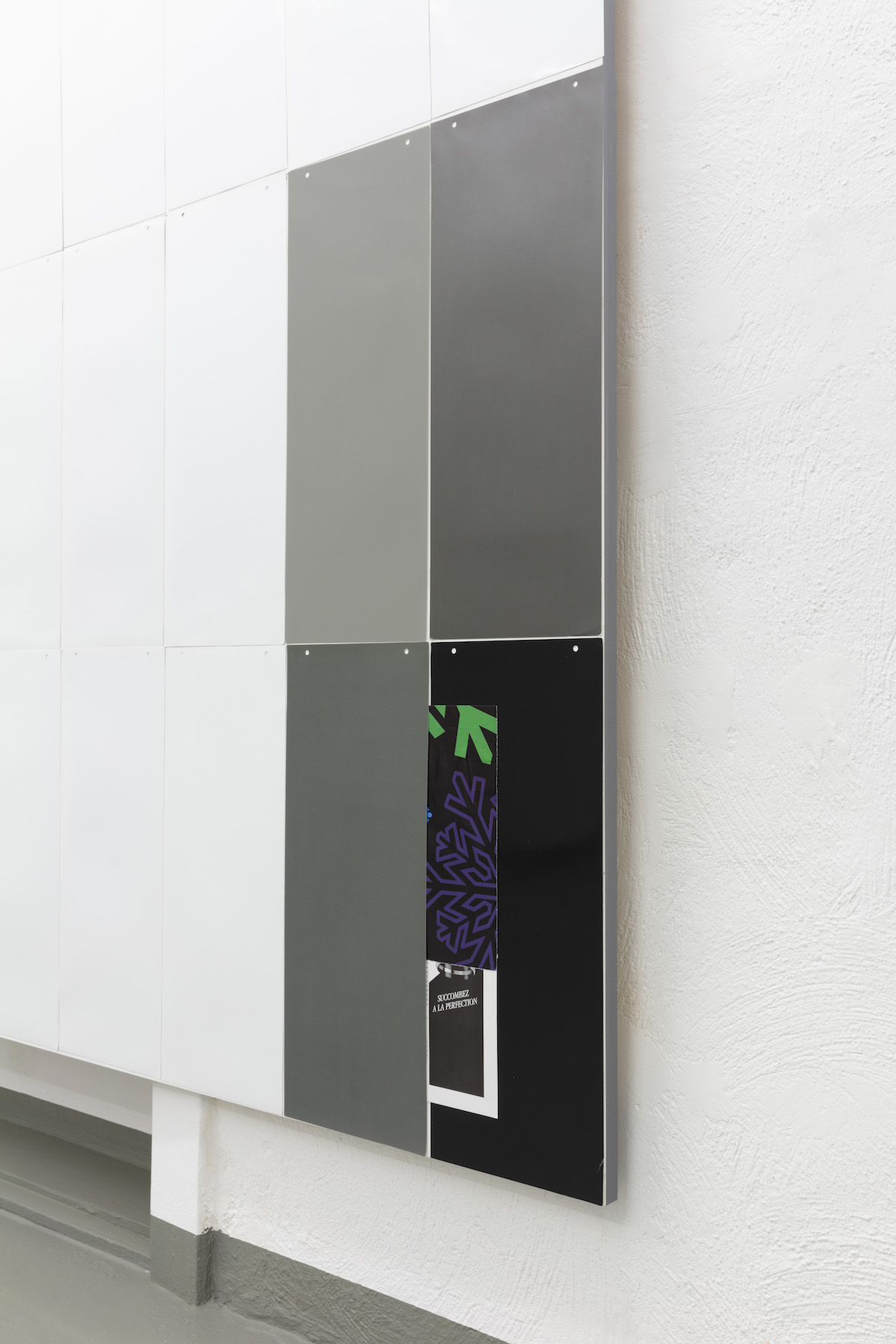 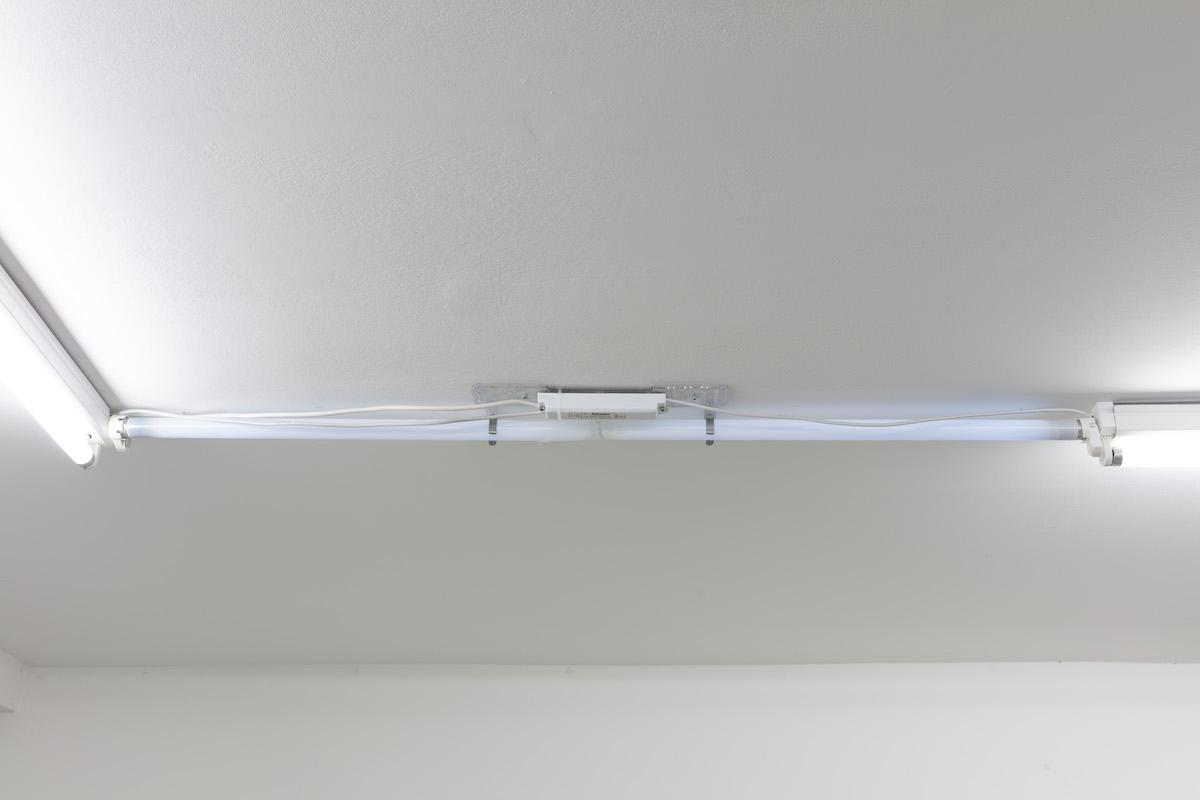 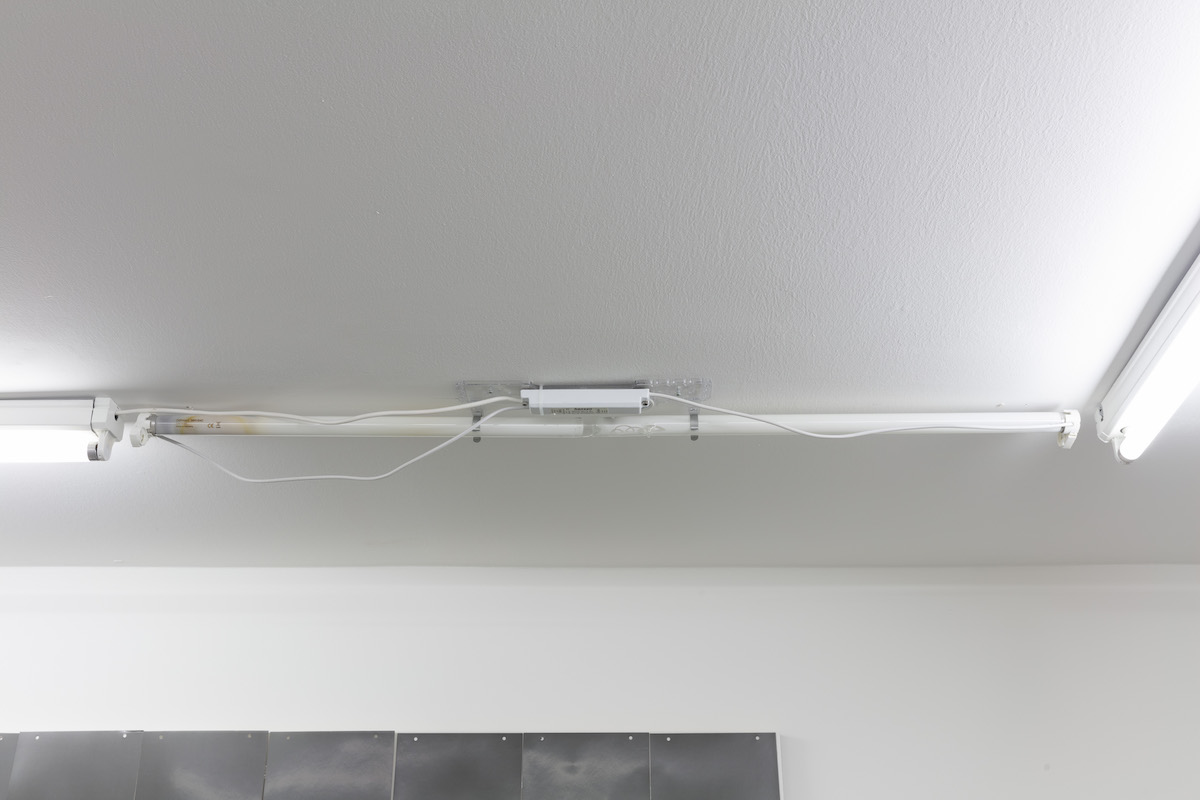 Lorenza Longhi was born in Lecco in 1991, She lives and works in Zürich.

With her works she addresses and contests the everyday as a set of standard functional rules, codes, and forms of signification. In her practice, visual elements taken from communication strategies and objects that have a specific role within our contemporaneity are reproduced and remixed together, using laborious craft techniques as a way to complicate their primary forms, empirically test and question their assumed neutrality.

Lorenza Longhi was also the artist-in-residence at Sitterwerk Foundation, St. Gallen 2019 and was awarded  the Shizuko Yoshikawa Advanced Award for Young Women Artists 2020 and shortlisted at the Kiefer Hablitzel | Gohner Art Prize 2019. She is also one of the finalists for the Swiss Emerging Artists Prize 2020.