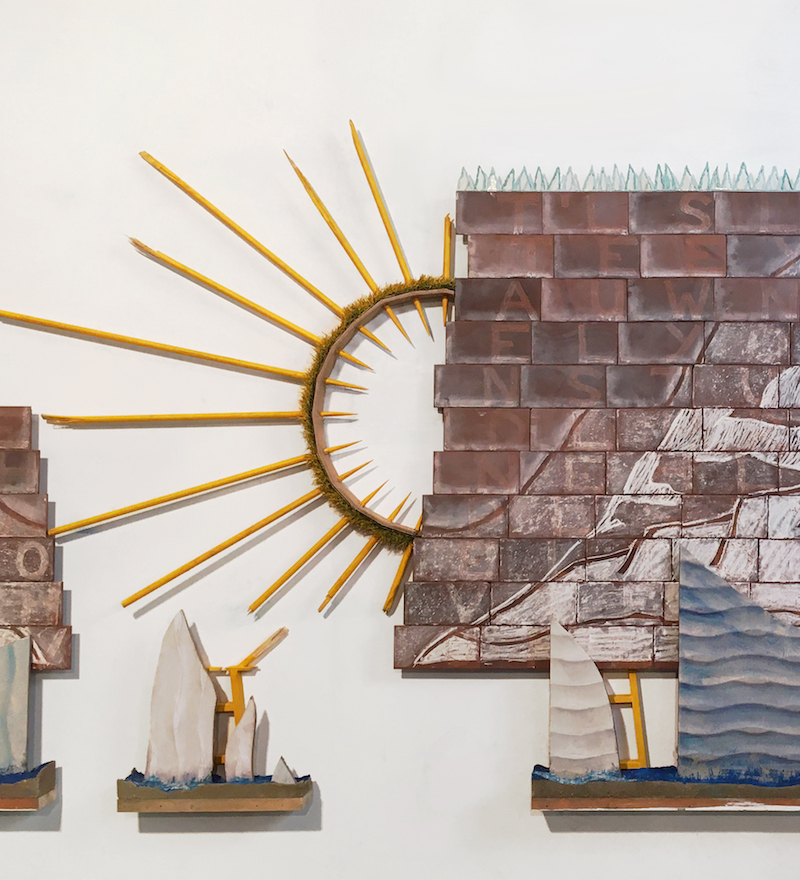 The Land Lies is a newly conceived installation by Josephine Baker for BUNGALOW at ChertLüdde, on the occasion of Gallery Weekend Berlin.

Using readily-available building and landscaping materials, Baker composes physical metaphors for how the natural earth is represented in a capitalocentric world. Factory standardised and processed almost beyond recognition, Baker forms these materials into signifiers of the complex distancing of ‘nature’ from ‘culture’ in today’s markets and urban topographies. She relates this process directly to the conflation of natural and manmade catastrophe in its increasingly frequent manifestations across the globe. In invented languages of reconciliation, different materials and forms allegorise events to each other. They create microclimates of dependency and exchange, telling stories of labour and survival which unearth the histories of what (and where) their sources are, and the processes they have undergone.

Baker’s installation at ChertLüdde BUNGALOW is motivated by isolationism in the many senses of the word: political, social, and geographical. The gallery is now under construction, formed into a hybrid landscape by works made of tiling, cement, plywood, bitumen roofing, and glass. But none of these materials appear to fulfil their usual roles: Forms resembling waves of water, upon second glance, turn out to be anticlimb spikes. A tile relief clings to one side of the room, reminiscent of both broken walls and cliff faces, teetering over tile rocks and a mortar shore. Overlooking the sea, a circular ring of artificial grass pierced with stakes becomes a beaming sun. The tiles hold drawings from chalk collected from the White Cliffs of Dover in southernmost England, directly above the Dover-Calais crossing to and from the rest of Europe. Illuminating this relief, a crane-like structure made almost entirely from wood occupies the centre of the gallery. Its canopy of perforated roofing branches, reaching toward the only source of natural light in the space, fan out as if offering protection from a habitat otherwise fuelled by precarious growth. Yet a pulley system that resembles an oil rig or construction machinery seems to hint at the structure’s more insidious nature, one that itself consumes and destroys in order to build.

Through this thicket of contradictions, the show’s title, The Land Lies, addresses the conflict latent in symbolism itself, where the direct topographical ‘lay of the land’ is indistinguishable from the geopolitics of nationhood grafted onto it: the fraught combination of the way land is and the way it is not. 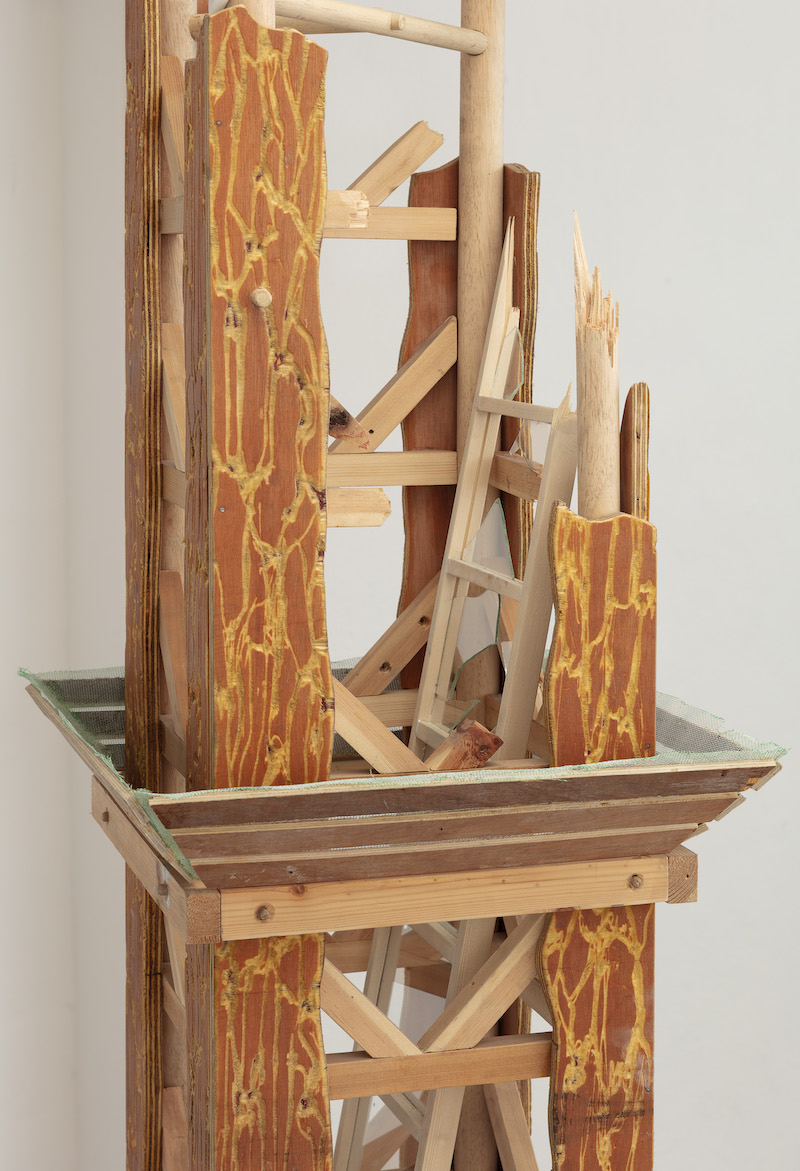 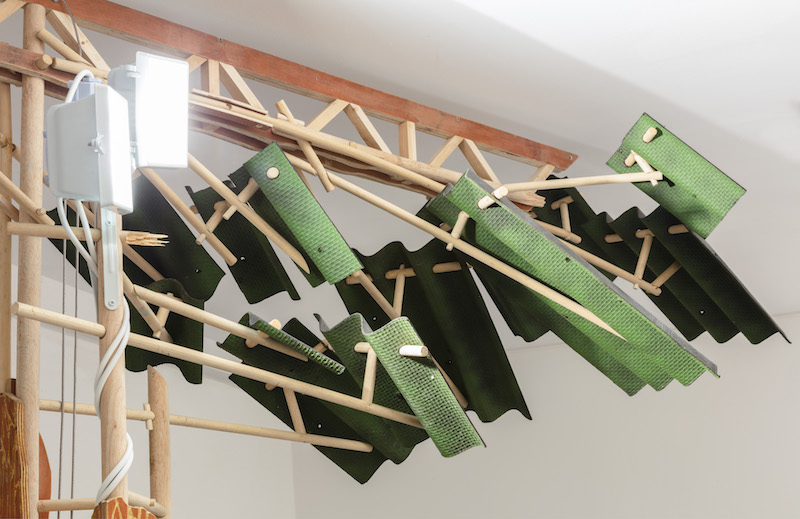