“I don’t like this word ‘conquest’ because they occupied the African continent militarily, they subjugated them, but we were never conquered. We were dominated, so I prefer to call it a ‘campaign.'”
Monsieur Koné, December 2021

The exhibition Les tirés ailleurs (translated from French as Shots elsewhere) presents an environmental installation by Senegalese-Italian artist Binta Diaw. Conceived in 2022, the installation is titled:

and consists of soil, sound, corn stalks and a hat typically worn by the Tirailleurs Sénégalais.

The work directly references the complex and multifaceted history of the Tirailleurs Sénégalais, men who were enlisted in various conflicts by the French army corps during French colonial rule in West Africa.

The date mentioned in the title, the first of December of 1944, recalls the massacre carried out by the French command of an entire army transit camp in Thiaroye, Senegal.

The title’s vertical presentation refers to a computational column, reminiscent of the continuous and contested calculation of the total number of victims from that day. By imposing this graphic spacing, Diaw also references the many unknown burial grounds of the massacre’s victims. The allusive spelling of the exhibition title, where “ailleurs” (elsewhere) appears in phonetic closeness to Tirailleurs, also references their undetermined locations.

Returning to Senegal from World War II– for which they had fought on the front lines of the fiercest battles on behalf of France– the Tirailleurs were waiting to be reunited with their families. The first of December’s massacre becomes a sad and unacceptable conclusion to a history that is already atrocious in itself. Even more horrific is that there is still no accurate or official recognition of the brutal truth, either in terms of numbers or possible reparations for the victims’ families.

was conceived in 2022 by Binta Diaw for the exhibition at Bungalow and brings together several significant elements of this story: starting with soil, divided into tracks commonly used in agriculture to allude to the fact that many of the Tirailleurs were farmers by profession, but also to rows of war trenches and the soil’s universal symbolism of origin, territory, birth, and belonging. This plot of land bears a single hat (or multiple in the different versions of the work) from the uniform of the Tirailleurs, who since the end of the 19th century have worn this distinctive item which still remains in vogue in classical Senegalese clothing.

These hats, known as chéchia, were chosen by the French for the armies of West African Tirailleurs. They were used for several functions, such as hiding things within or serving as a dish for eating rice under challenging conditions. It became a distinctive feature of great importance to the regiments. At the same time, its red color invited danger in the trenches, being visible from afar due to its bright, unnatural tone, another detail that underlines the negligence of the French in their choice of clothing for the African troops.

In Diaw’s installation, a hole in the hat leaves space for the growth of a corn plant, a common food staple of the Tirailleurs.

The sculpture is accompanied by a sound installation that reports on various sources and documents. Listing out the names of people wrongly put on trial and prosecuted, this audio work is a polyvocal piece that outlines the limitations of documentation, while also expanding Western notions of the archive. The reading out of names in the sound installation echoes the Wolof oral tradition of remembering or acknowledging a person’s qualities in a more expansive way, again drawing on the discrepancy between the victims of the massacre from the first of December in 1944. The narrator’s voice also reads from court documents, presenting the written documentation of the event. (2) Biased towards France’s colonial agenda, these court documents are incomplete and inaccurate to the actual events which unfolded.

The whole script is combined with the sound of a typical Guinean flute. Written and performed by the musician and griot Dudù Kouate, the sound piece is a continuation of a West African tradition dating as far back as the 13th century. Diaw’s collaborator is part of a lineage of storytellers known as griots. This oral tradition of documentation is a musical form commemorating and preserving significant moments of a community. Traditionally, a griot keeps records of all the births, deaths, marriages through the generations of the village or family, thus playing an important role in African societies. Their role is necessary for the transmission of historical facts, as a living existence-archive who preserves genealogies, historical narratives, and oral traditions of their people. (3) Within the context of the show, this tradition allows for the reality to be transported orally, a truth that might have otherwise been lost in the inaccuracies of written documentation.

The installation is also informed by the testimony of Monsieur Koné, an expert in Senegalese history specializing in military events who is currently working as a technical adviser at the Military Museum of Senegal. The interview, which took place in 2021 between him and the artist, is a historical testimony which unequivocally frames the events, providing a realistic and truthful framework of the atrocious facts denied by France. In the prefacing quote, the importance of diction is felt: “We were never conquered… I prefer to call it a ‘campaign’”(4) shows an important distinction in the words we choose to document the past. Furthermore, Diaw’s approach to research plays an important role within the installation, but also within the larger context of the 1944 massacre as it too is a continuation of oral exchange as a tool to contest the lack of information provided in other sources.

Les tirés ailleurs is an exhibition that presents the first moment of a complex and multifaceted project, touching important and intricate historical facts. The presentation in Berlin, which shows

in its first extension featuring a single chéchia, suggests that subsequent iterations of the project will follow.

Binta Diaw (b. Milan, 1995) is a Senegalese-Italian visual artist based in Milan, Italy. Her research is aimed at the creation of installations of various dimensions and works commenting on social phenomena like migration and immigration, notions of identity as well as the Black female body experience.

Defying the Western gaze through a subversive sensibility, her practice questions perceptions of Italianness and Africanness seen as an extended symposium informed by her own cultural heritage and upbringing. Embracing visual art with a strongly intersectional, afro-diasporic and feminist methodology based on a physical personal experience, she is ultimately able to explore the multiple layers of her Blackness, her self as a social body and her position as a Black woman in a Western context.

notes:
(1): The Thiaroye Massacre was a massacre of West African troops by French forces on the morning of December 1, 1944. The massacre occurred because the Tirailleurs Senegalais asked to be given the pay they had been promised for defending France against Hitler’s Nazi forces. Between 35 to 300 people were killed according to numbers given by the different sources, French and Senegalese respectively. See the documentary film Thiaroye Massacre (1988) by Ousmane Sembene for a complete historical overview.

(2): These documents are records from the French government found by the artist in the archives of the Musee des Forces Armees du Senegal thank to an exchange with Mr. Koné. These papers report both facts preceding the massacre of Thiaroye and the infamous posthumous trial of the few survivors of the massacre, most of whom were imprisoned. The notorious descriptions revealed by these documents highlight the level of discrimination and dehumanization the survivors were once more subjected to. 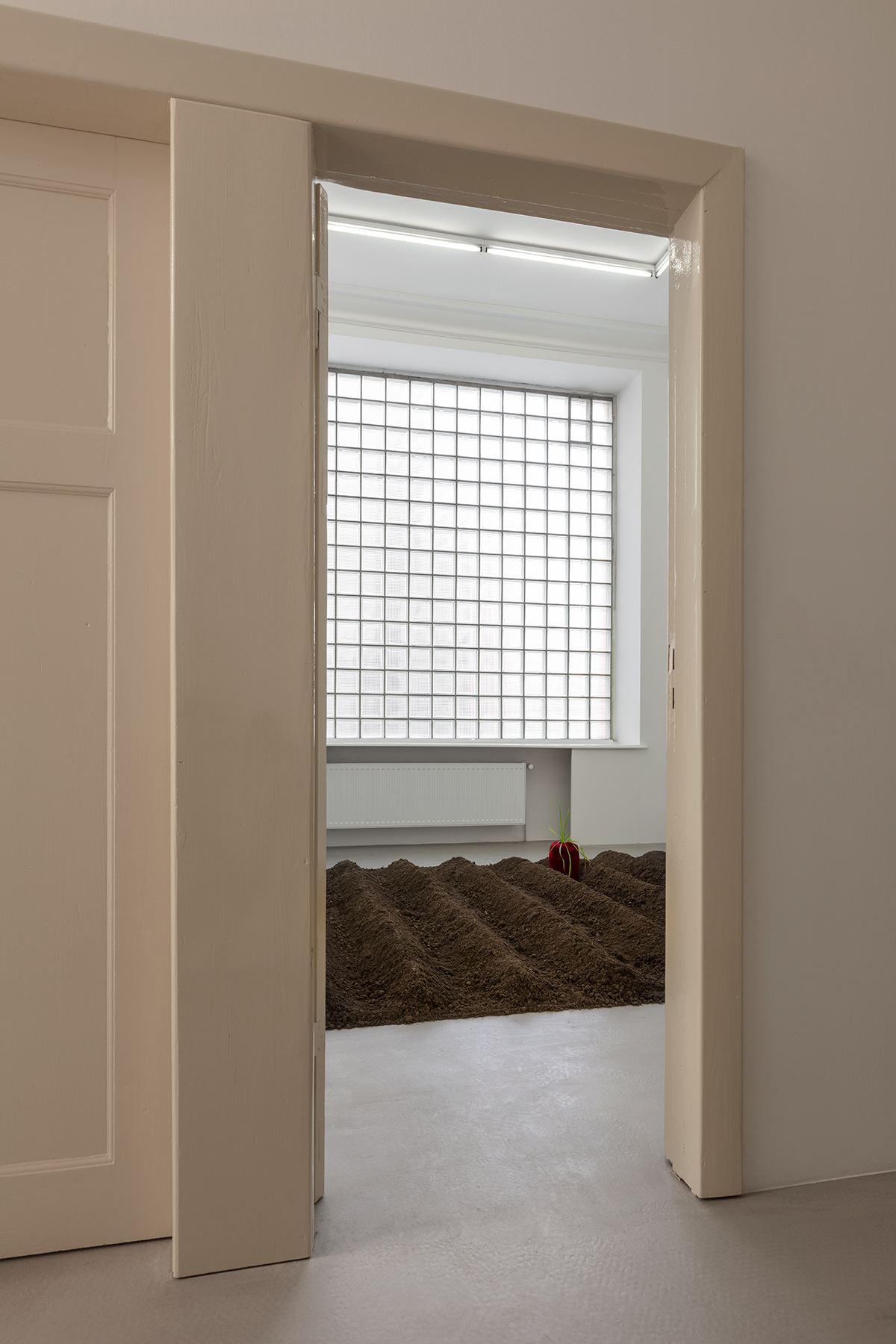 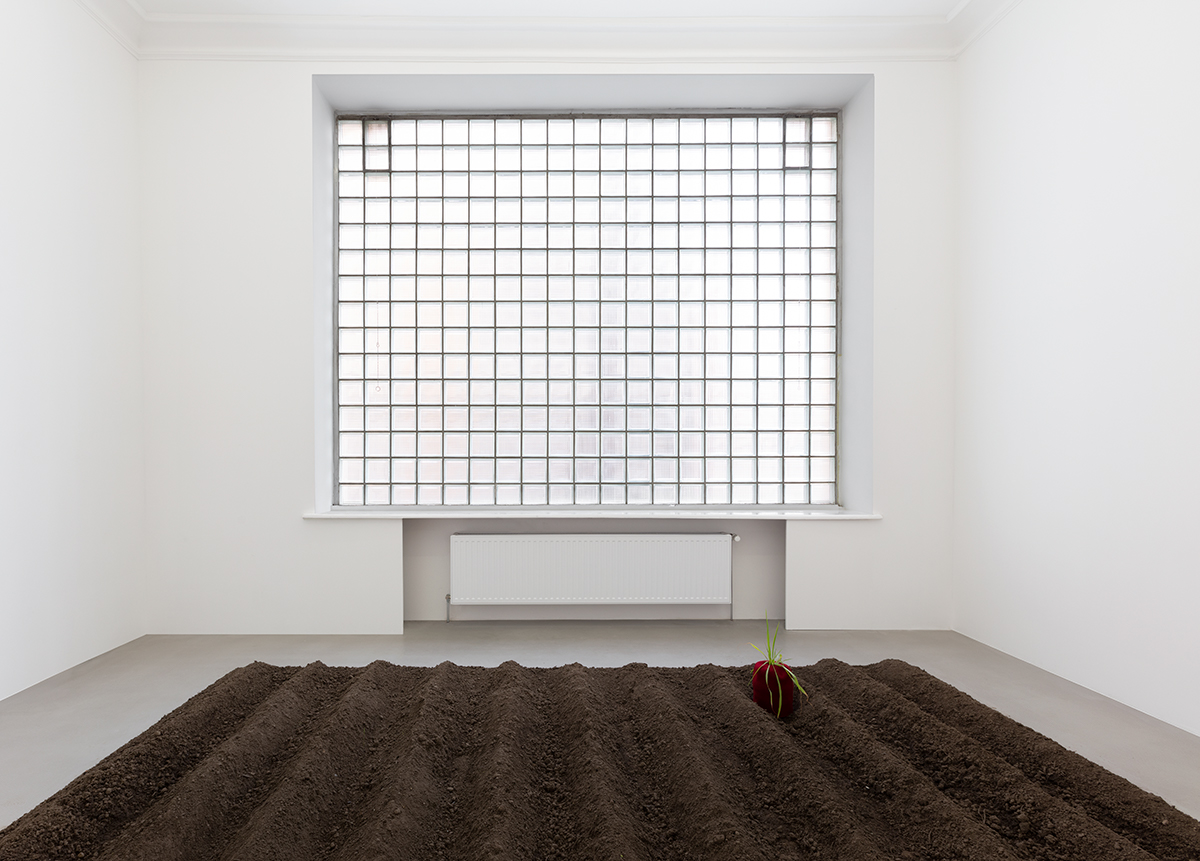 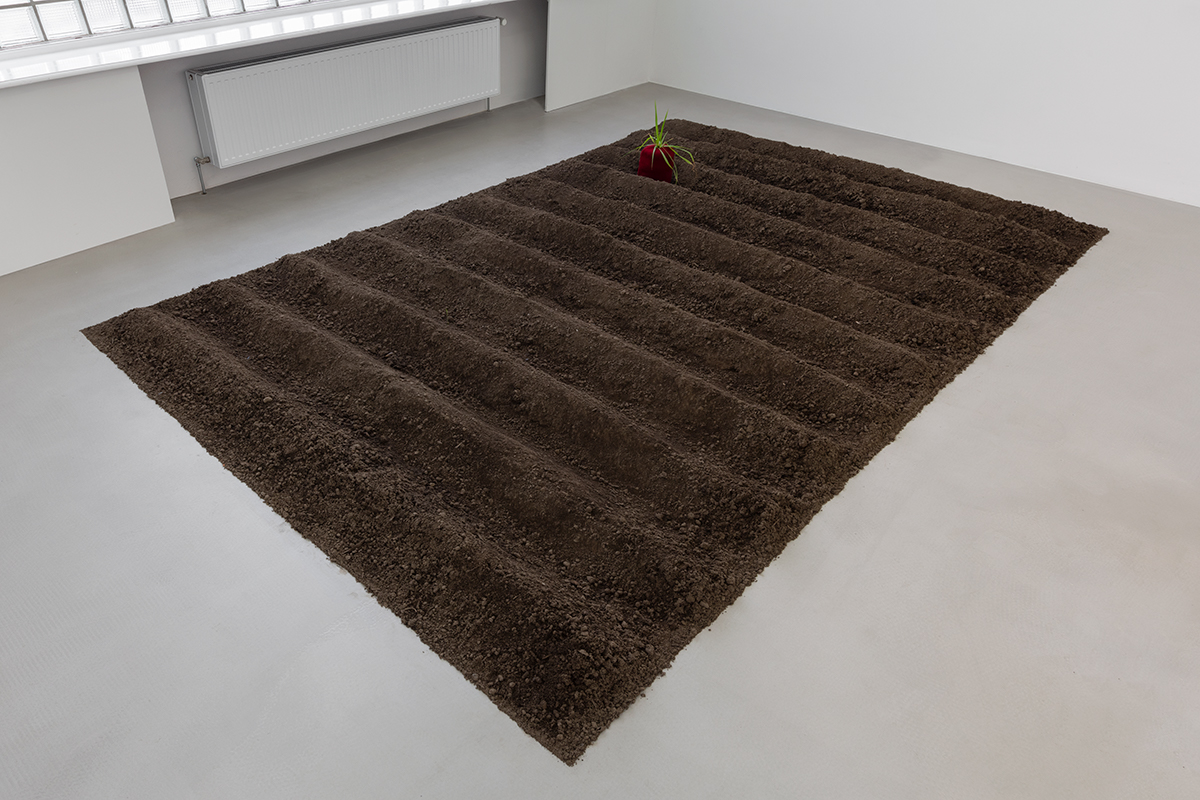 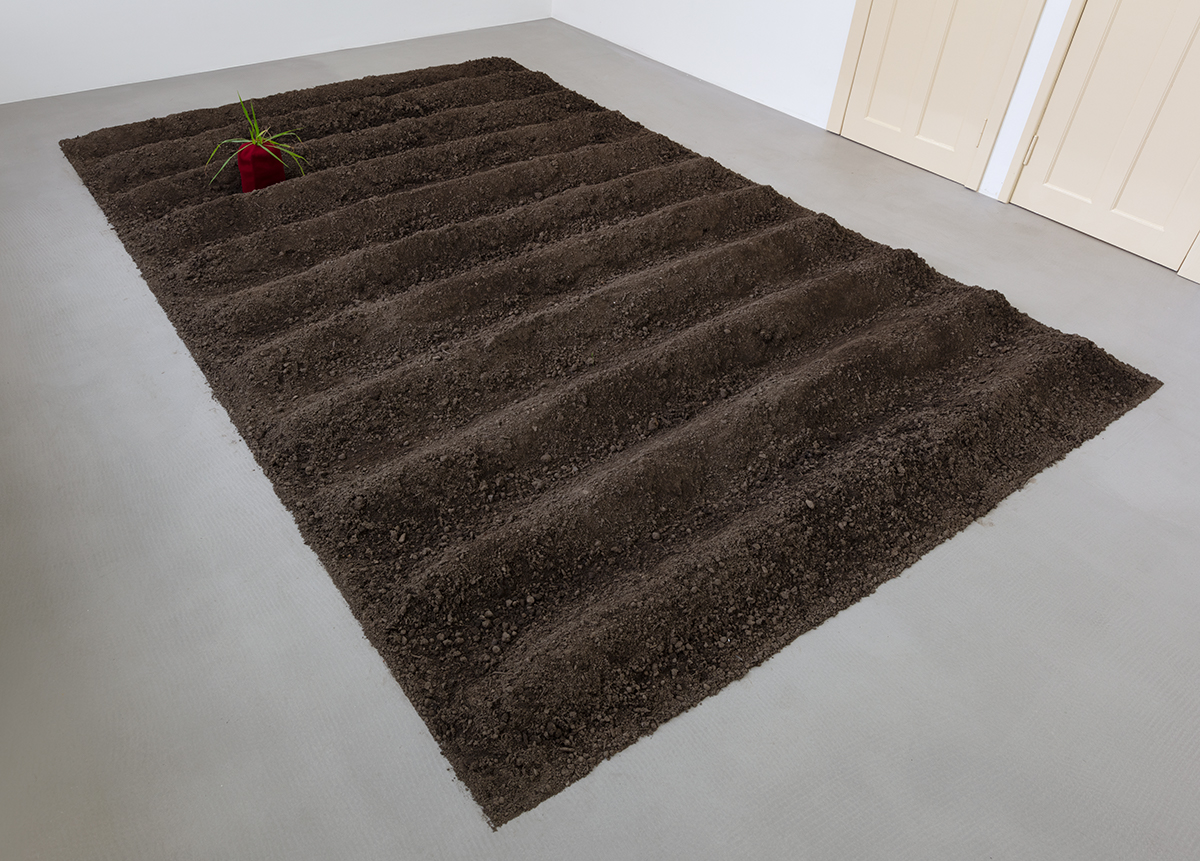 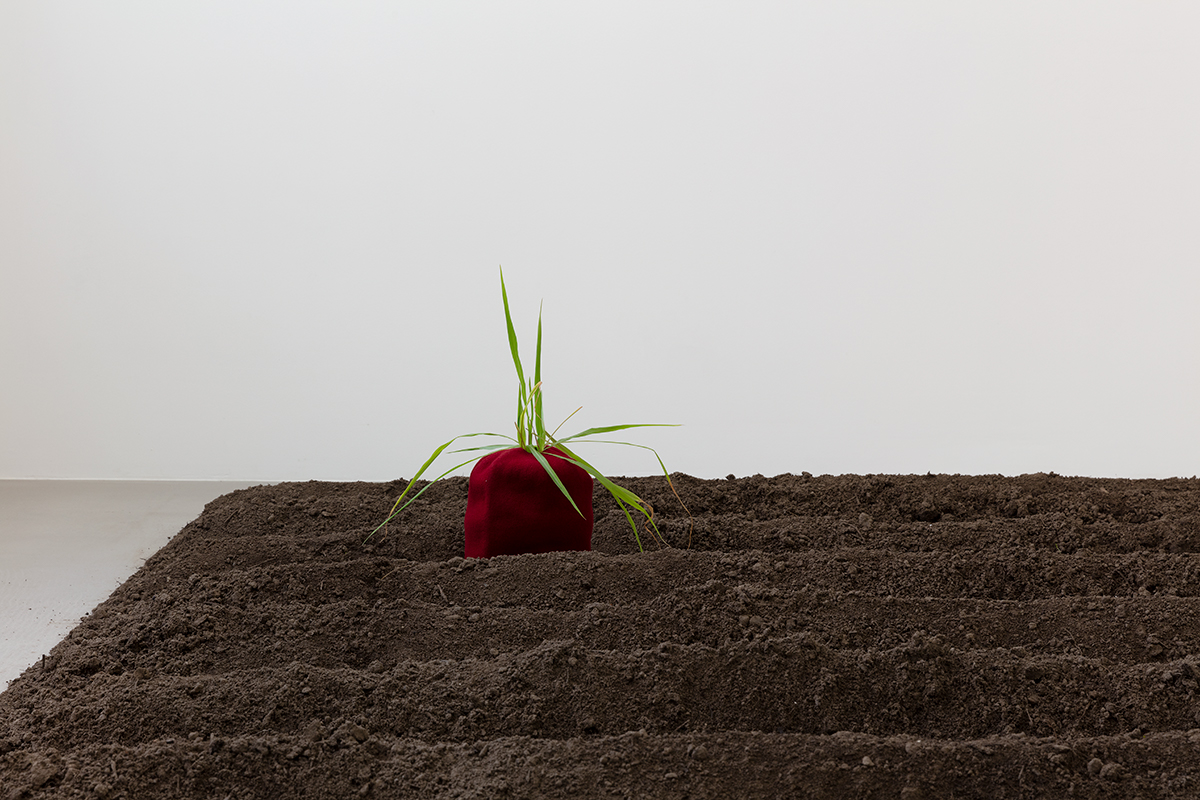 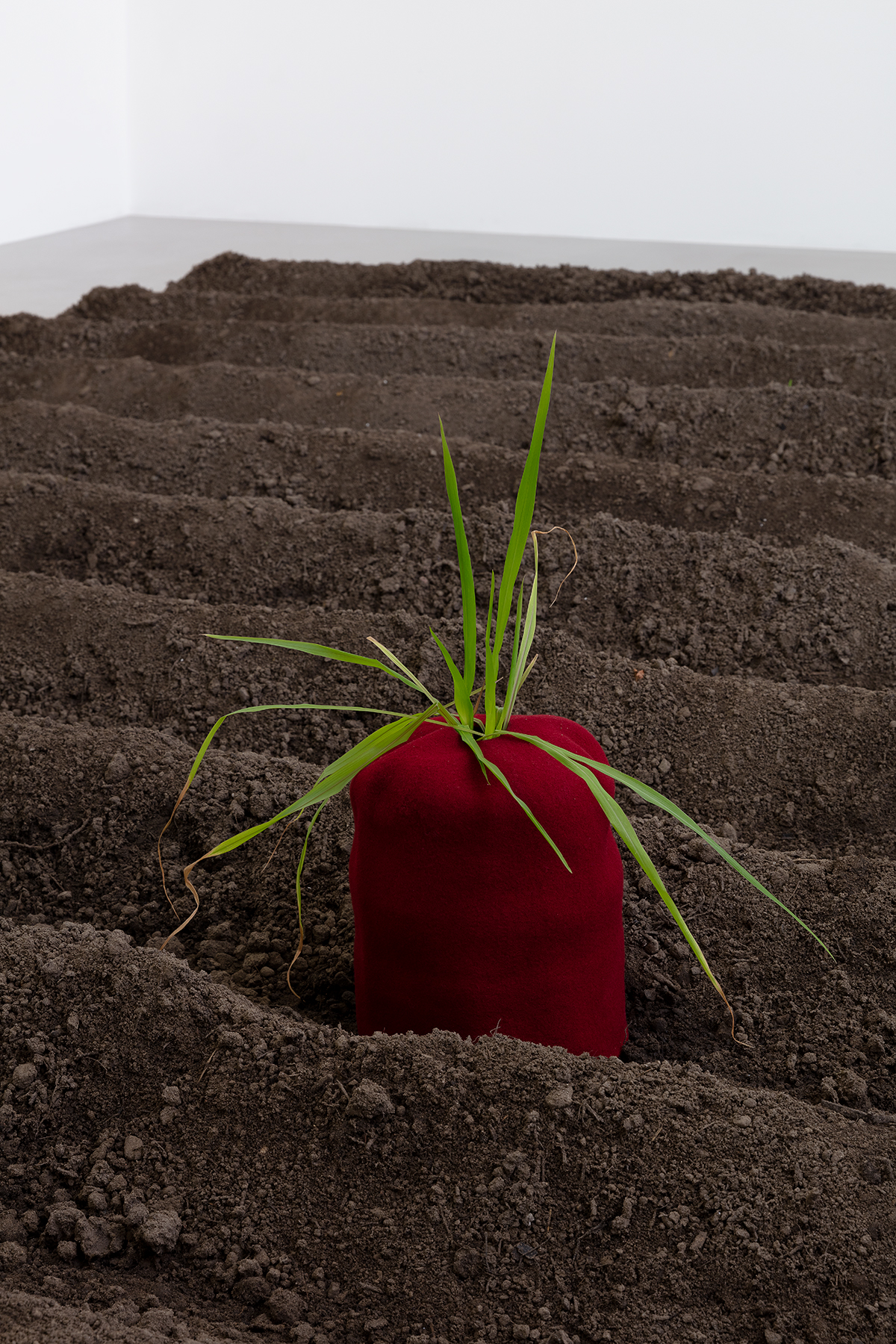 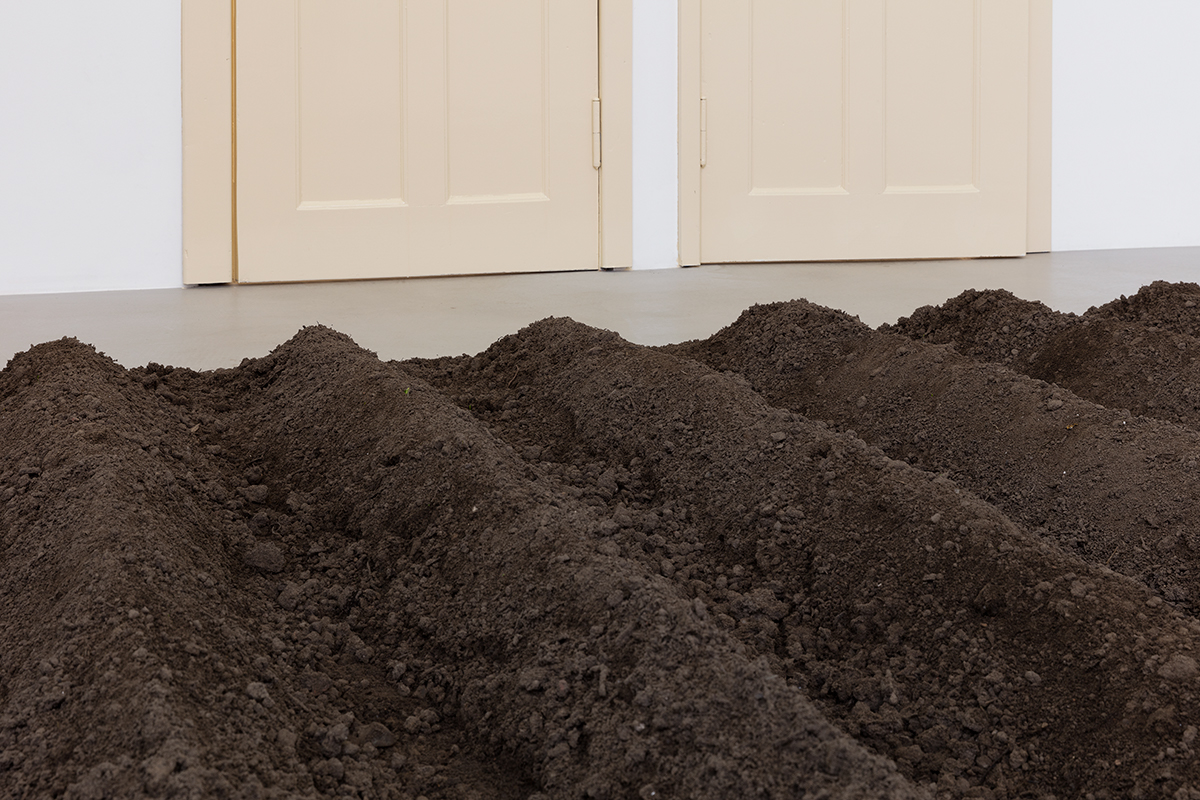 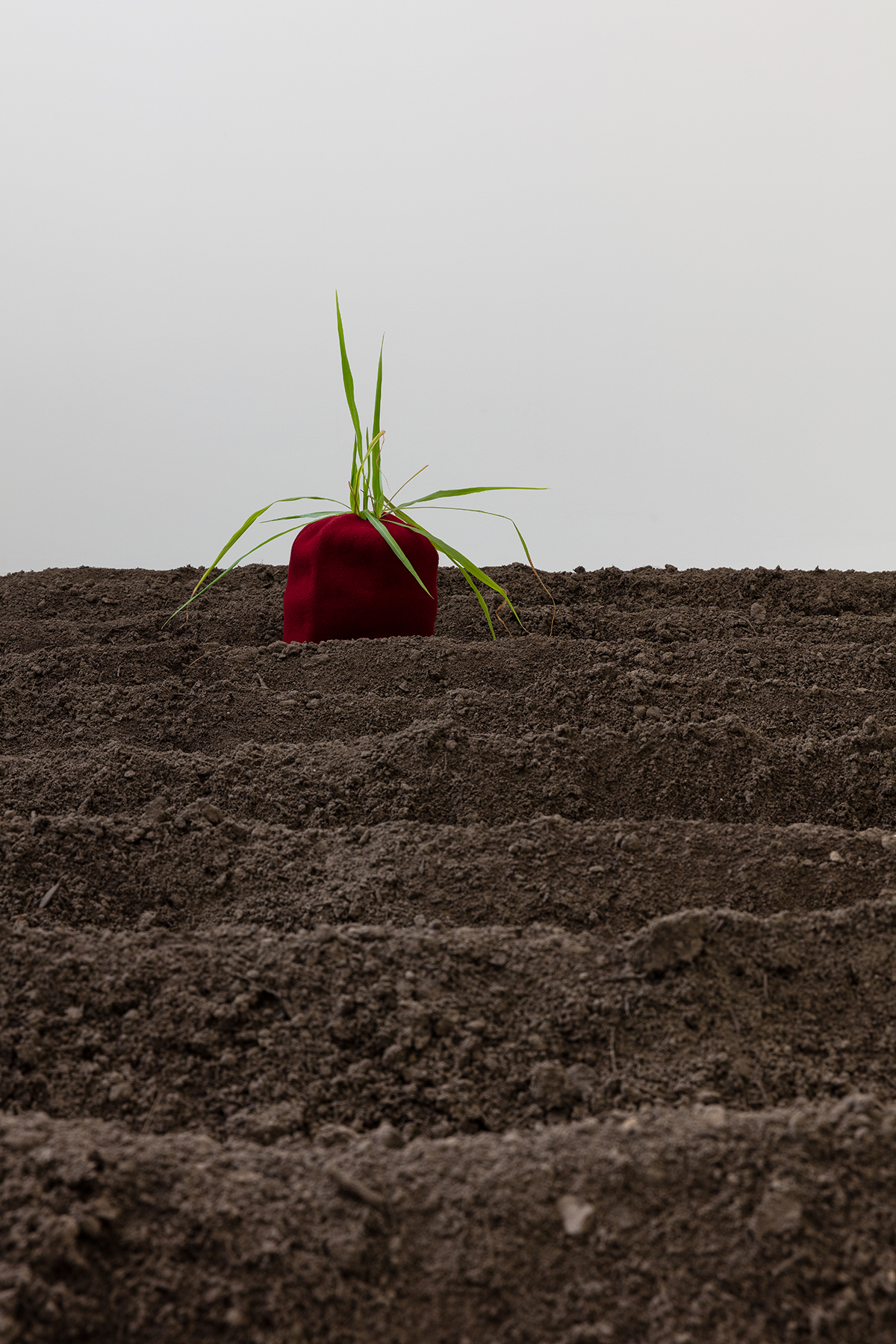 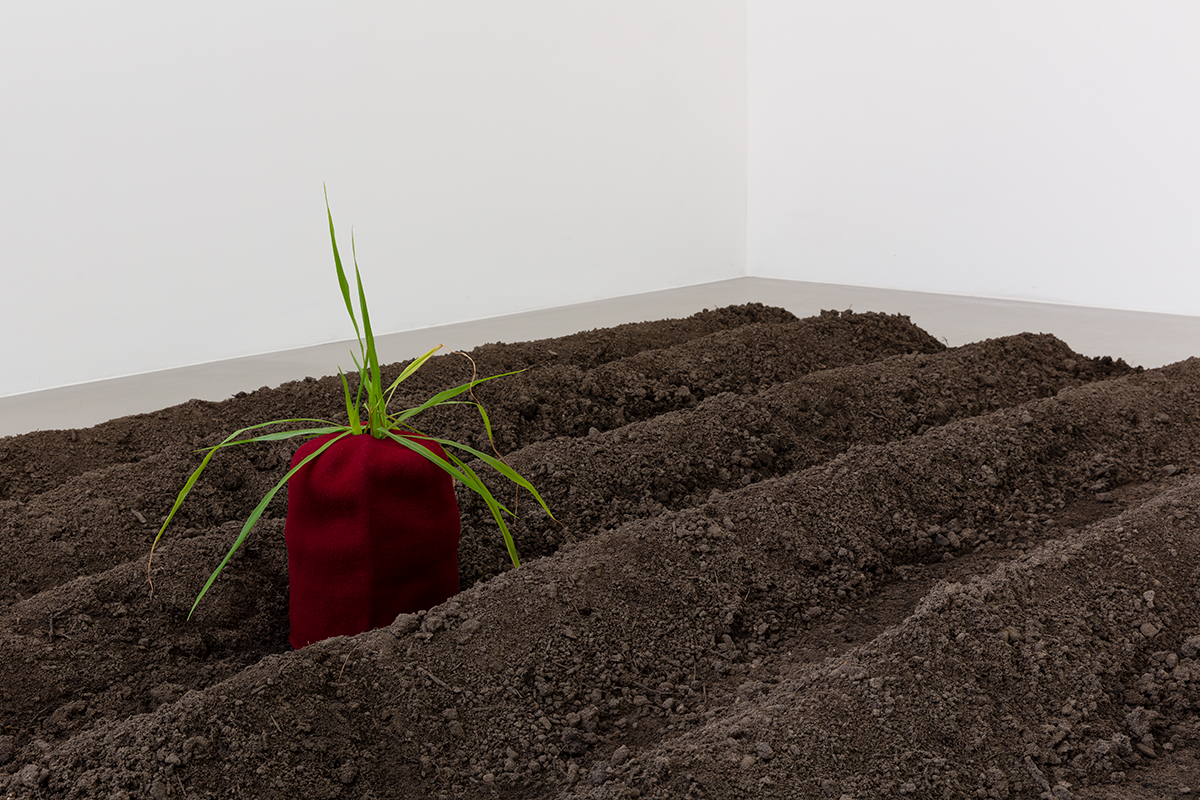