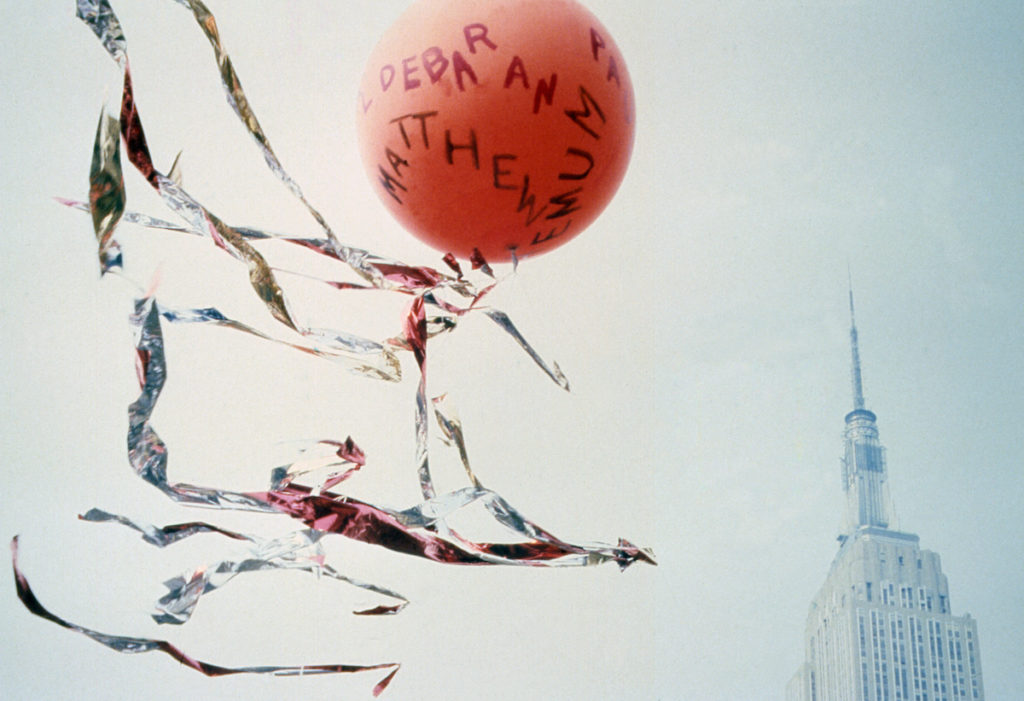 A prolific artist and writer as well as active participant in feminist artistic discourses, Mayer was intimately involved within a close-knit network of fellow artists, scholars, and gallerists, including artist Adrian Piper; her sister and poet Bernadette Mayer; former spouse and artist Vito Acconci; artist Ree Morton; writer, art critic and curator Lawrence Alloway, and many others.

Mayer was also a writer and art critic and was engaged in numerous art writing, literary, and publishing projects throughout her career. In addition to the text that accompanied or was integrated into much of her work, she translated Pontormo’s Diary, a 16th-century Italian Mannerist artist’s diary, which was published with a catalog of her work. She produced an issue of Art Rite, the New York-based proto-punk zine that defined post-conceptualism and contributed to several issues of 0 TO 9, a journal of experimental art and writing edited by Bernadette Mayer and Vito Acconci. In her later years as an art professor, she worked on projects illustrating epics, such as Beowulf and the Epic of Gilgamesh. Mayer kept a journal for most of her life, which elucidates the intricate relationships she had with her cohort and provides insight into her art-making and writing projects.

Throughout her artistic career, Mayer’s work was exhibited at numerous alternative art spaces in New York, including The Clocktower, Sculpture Center, and Franklin Furnace, as well as several university galleries. In 2016, Southfirst Gallery in Brooklyn held a major exhibition of her work, igniting a renewed interest in her work. In 2017, the Museum of Modern Art acquired some of Mayer’s drawings and artist books from the 1970s.

Her work was shown for the first time in Europe in a solo exhibition at ChertLüdde in 2020. She was shown in the group exhibition, Bizarre Silks, Private Imaginings and Narrative Facts, etc., curated by Nick Mauss at Kunsthalle Basel, Switzerland. Mayer had a solo exhibition at the Swiss Institute, New York in September 2021. The show has since traveled to the Ludwig Forum for International Art, Aachen in March, 2022 and will soon open at the Lenbachhaus, Münich and then at Spike Island, Bristol.

1981
Minneapolis College of Art and Design

Far Back Must Go Who Wants To Do A Big Jump, ChertLüdde, Berlin, Germany
By Your Own Hands, Camayuhs, Atlanta, USA

2017
“Rediscovering Rosemary Mayer at UGA Dodd Galleries” by Rebecca Brantley,  Burnaway, 14 November 2017.
“Fragments from the Museum of Us: ‘Ancient Art Objects’ at Whitespace” by Dan Weiskopf, Burnaway, 18 August 2017.
“Rosemary Mayer” by Thea Ballard, Art in America, 24 March 2017.
“Excerpts from the 1971 Journal of Rosemary Mayer” by Phillip Griffith, Review in the Brooklyn Rail, February 2017.