Arijit Bhattacharyya, born in West Bengal (1994, India) is an artist currently living and working in Weimar (Germany). Through his artworks he deals with questions about identity, power and history and how these manifests in social contexts. He is deeply invested in the conversations of postcolonial identity, decoloniality, social marginalization and social disobedience. His practice stirs up prevalent structures that determine the way we live, drawing resistance against different kinds of injustice and oppression. Starting with painting and drawing at a young age, his work extends now from performances, installations, socially engaged projects, lecture performances and design interventions. He has a unique approach to art, breaking with its traditional boundaries, with his practice being connected to everyday social practices.

To make social struggles of marginalized communities visible but also to have an impact on it: whether it is by transformable objects that raise political issues, lectures that question the given, musical performances that give a voice to the unheard and often by working with food, as its subject talks enormously about our way of living. To realize his ideas, he usually works in collaborations, emphasizing the collective, the experience and seeking interaction and dialogue. His works are multi-disciplinary and interactive in a way: with projections in public space, public lecture performances, body performances, community interactions and gigantic paintings.

His artistic discourse is deeply rooted in the dissecting trajectories of socio-political history and its implications in cultural practices. His practice can be perceived as a stance of speaking up to power. As a curator he is invested in artistic practices that investigate methods of social agitation. Arijit triggers us to see what we want to close our eyes to, while inspiring us to re-imagine structures that define who we are.

Bridges of Spice
Owned by Others, Berlin
November – December 2020

​When the ships first arrived at the coast of Calicut, history was forming a new shape for cuisine and for other aspects of society in two different parts of the world. The Bridge of Spice is a socio-political dialogue about the gastronomy of Southeast Asia and its relationship with colonialism. It attempts to negotiate power in a postcolonial context through food and wishes to develop an argument that investigates efforts of neocolonialism in postcolonial culture through gastronomy. 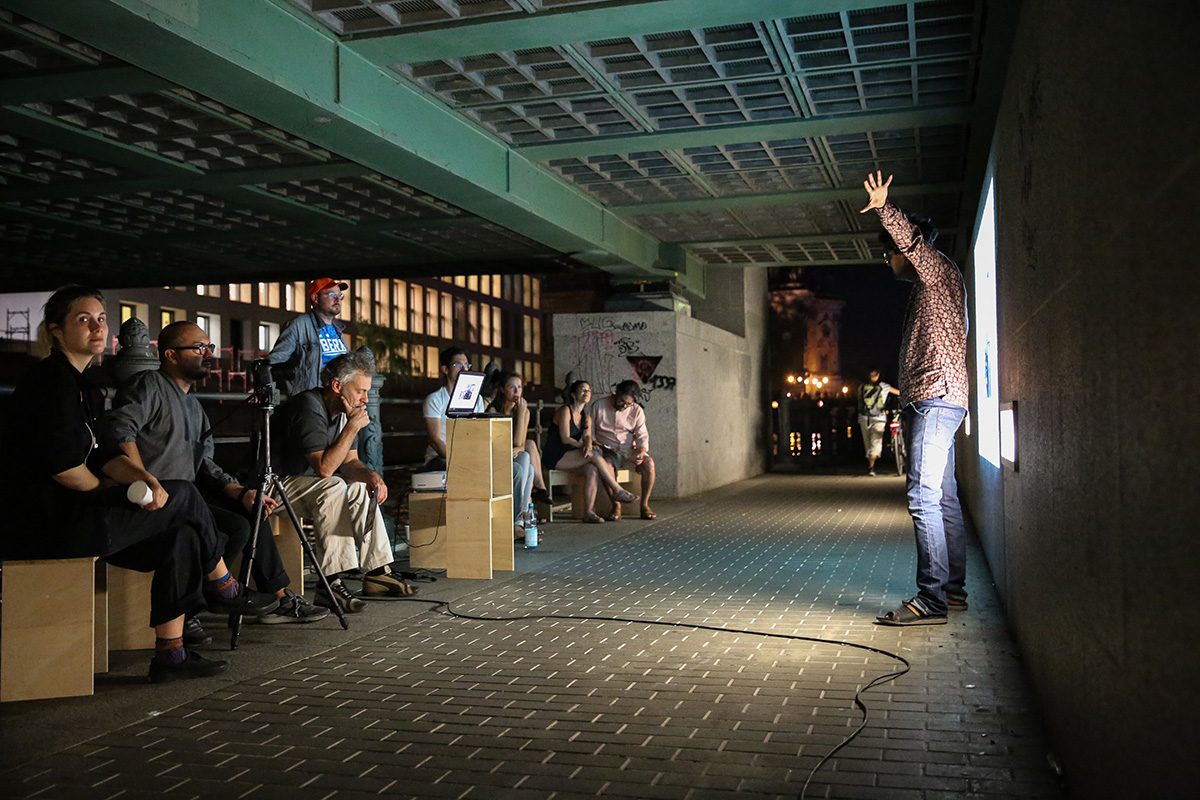 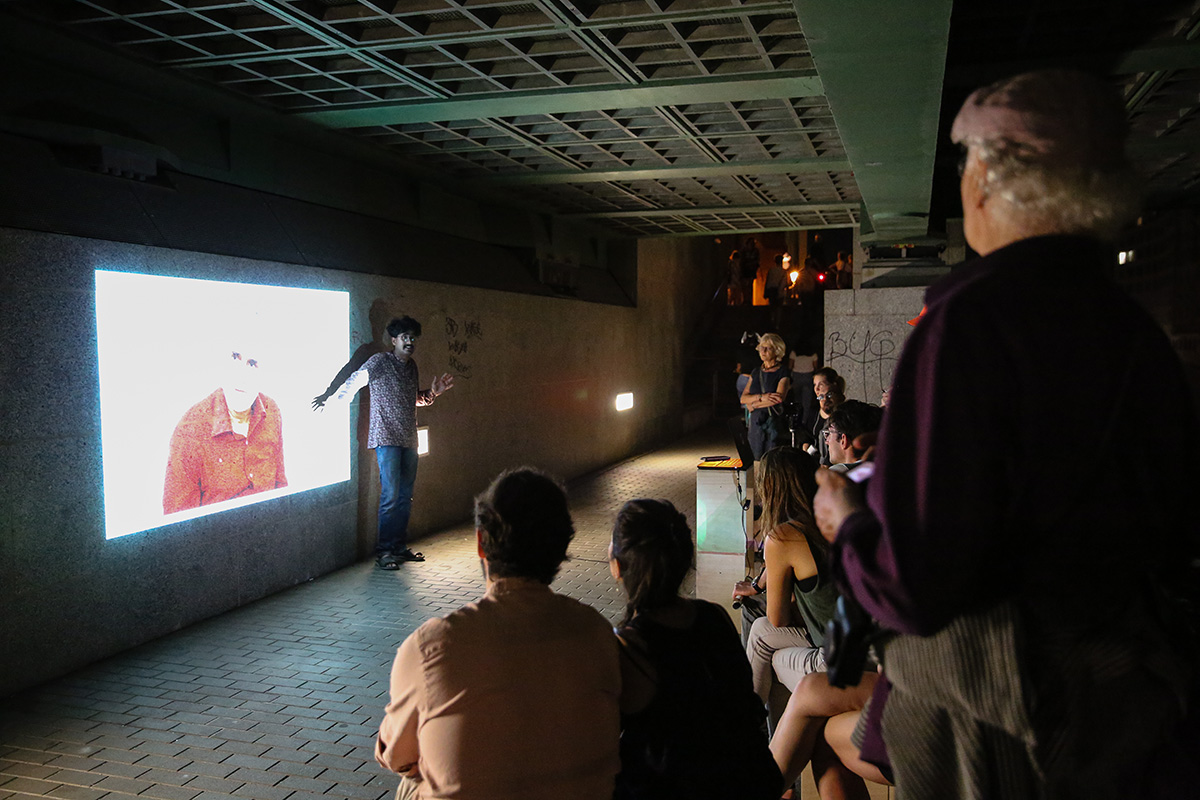 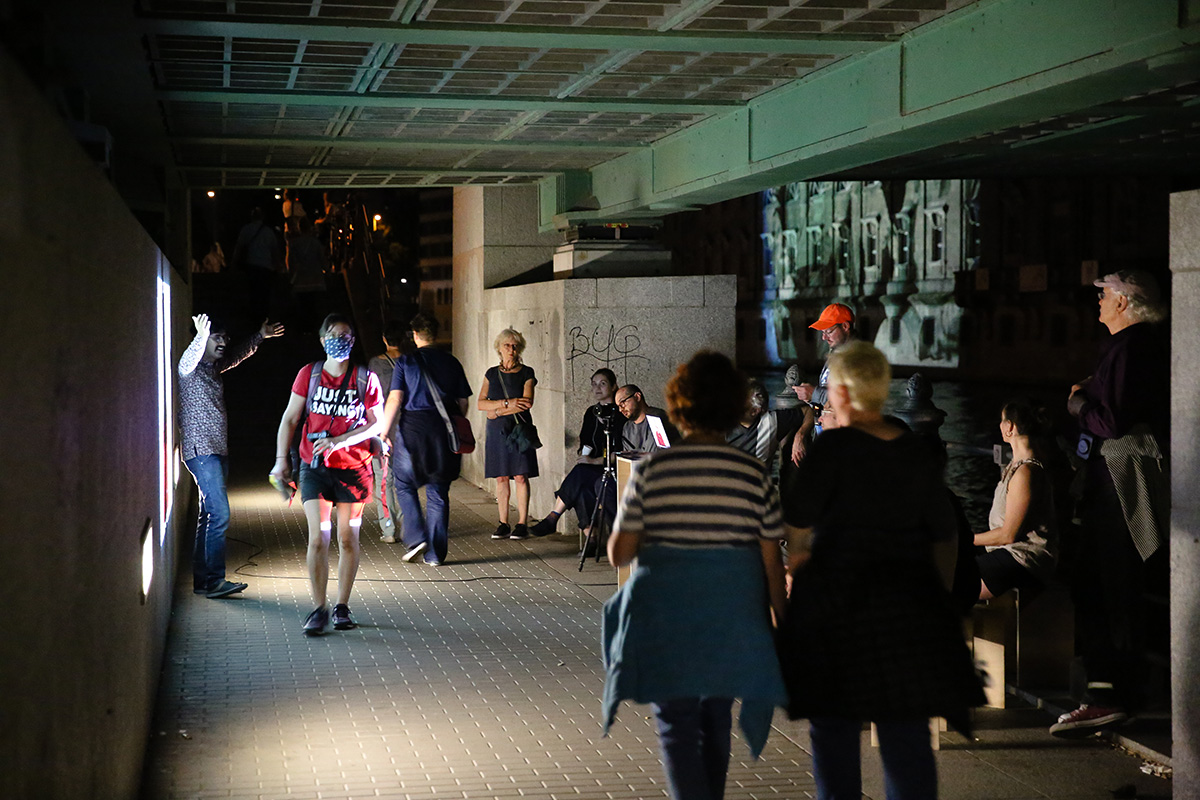 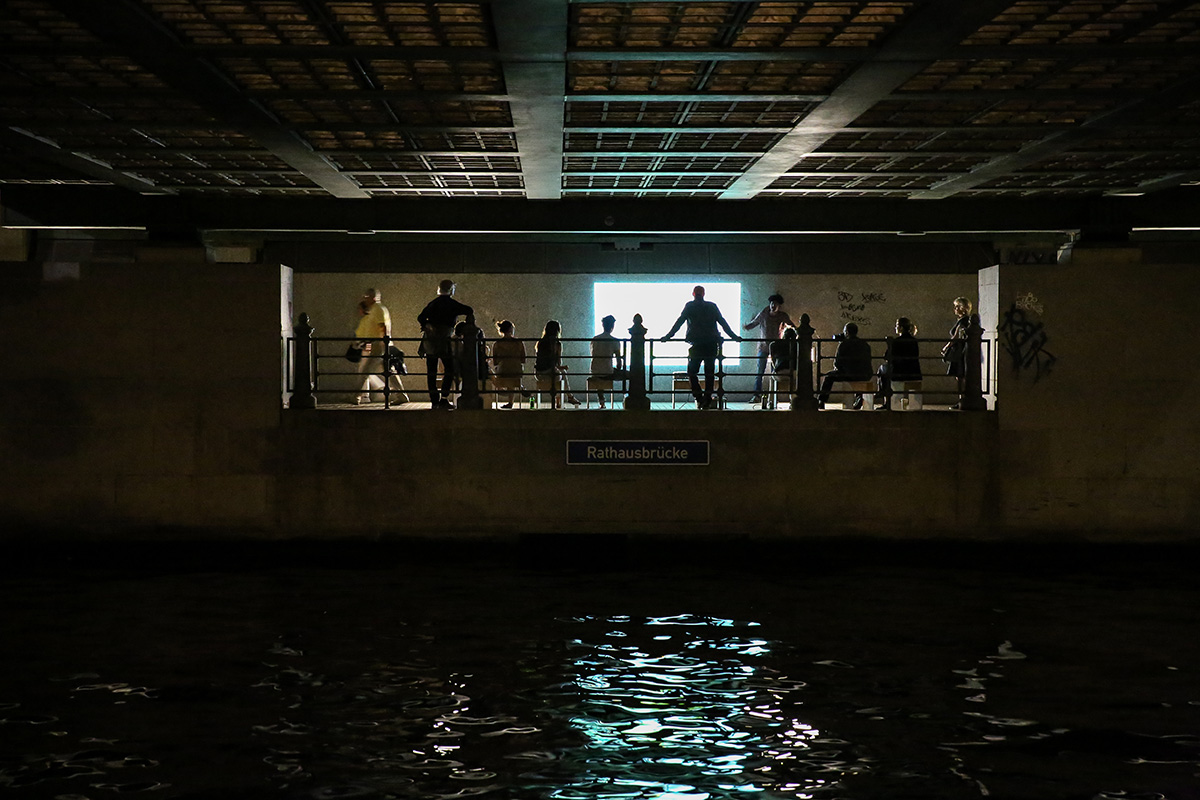 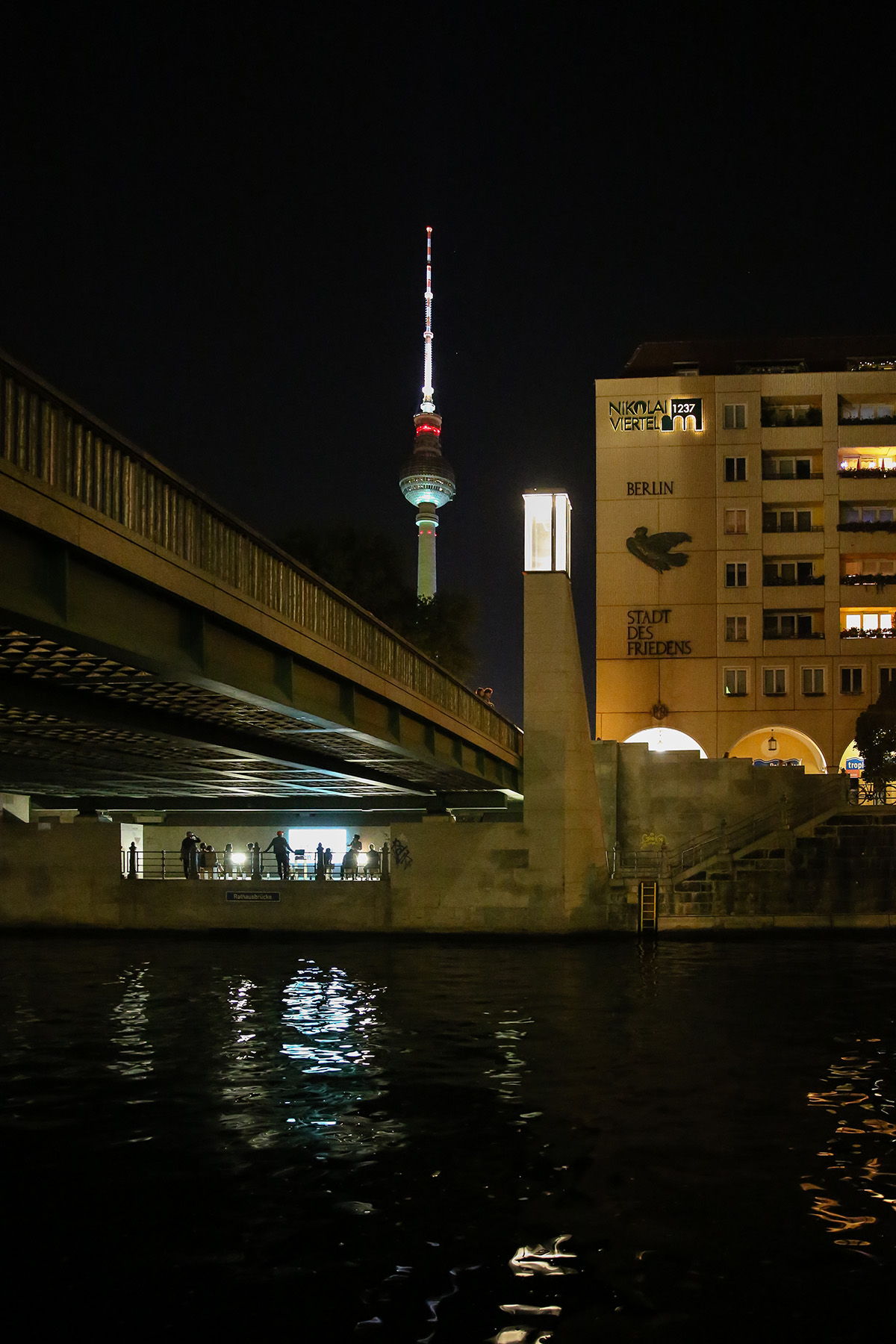 All photos by Lutz Henke

Monuments for whom?
Owned by Others, Berlin
November – December 2020

Our cities are paved with monuments. Some are cast in bronze, others carved from stone. Monuments for whom? All over the world, as protests against racism have renewed attention on legacies of injustice, colonialism, and mass murder, people have been toppling statues which have stood for more than a century. 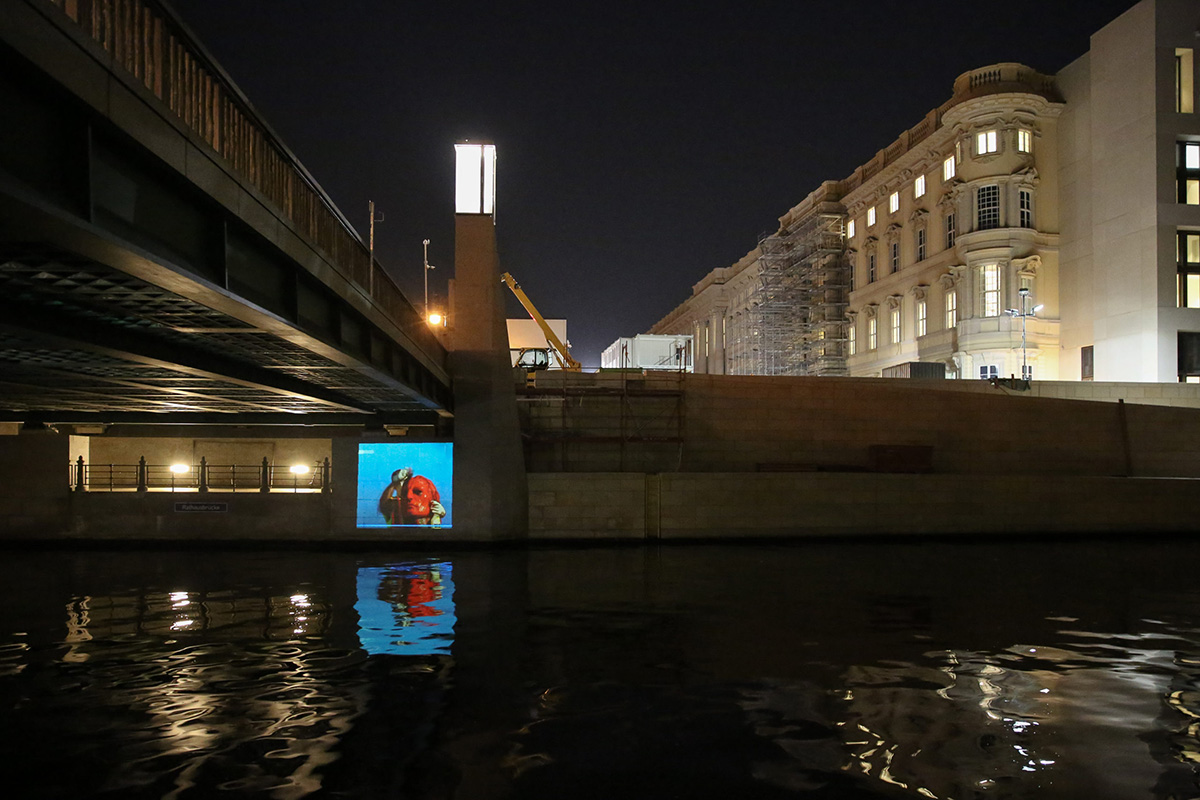 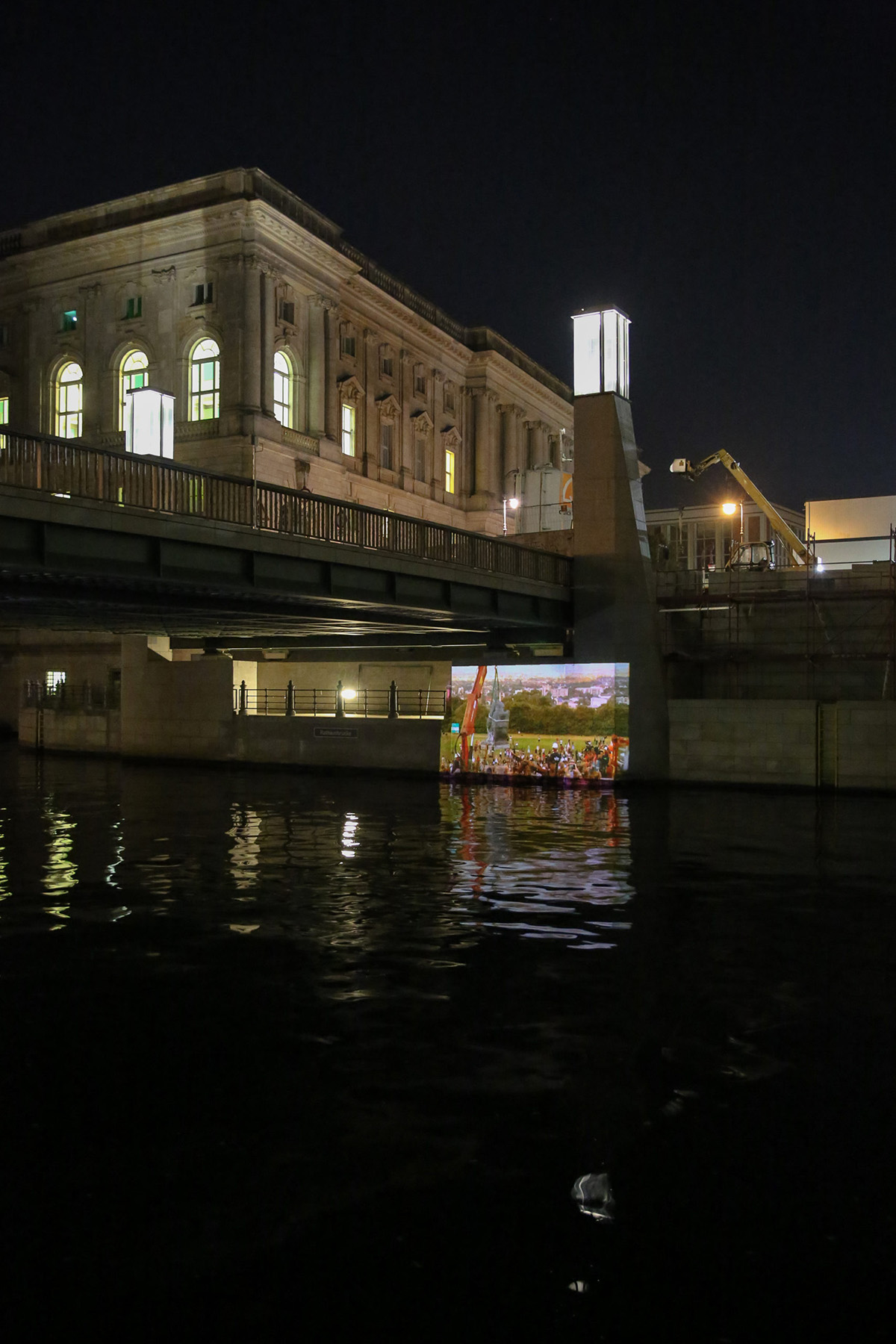 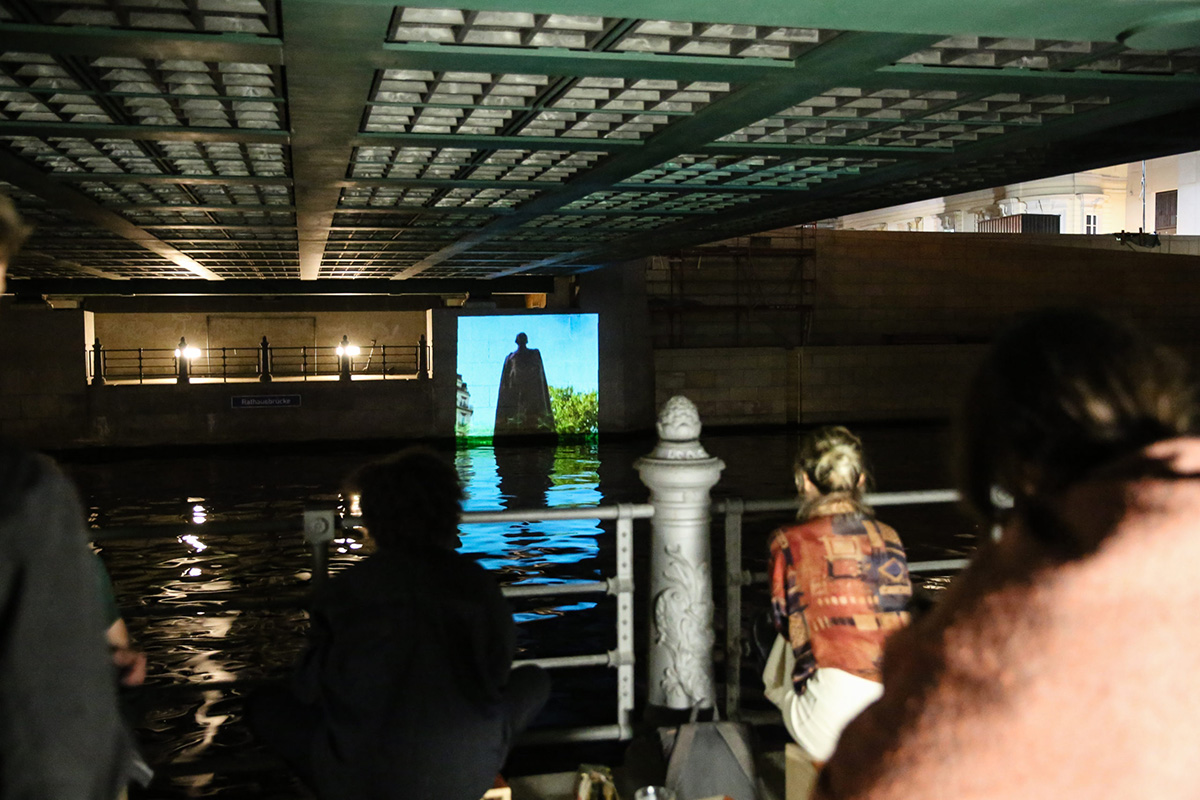 In his seminal lecture and text “Of Other Spaces,” Michel Foucault states:

​“Brothels and colonies are two extreme types of heterotopia, and if we think, after all, that the boat is a floating piece of space, a place without a place, that exists by itself, that is closed in on itself and at the same time is given over to the infinity of the sea and that, from port to port, from tack to tack, from brothel to brothel, it goes as far as the colonies in search of the most precious treasures they conceal in their gardens, you will understand why the boat has not only been for our civilization, from the sixteenth century until the present, the great instrument of economic development (I have not been speaking of that today), but has been simultaneously the greatest reserve of the imagination.”

​Apart from the discourse of heterotopia, Foucault in this statement explores three ideas: “colonies,” “brothels,” and the treasures of these spaces which were being explored by “boat.” Foucault’s glorification of “boat” expresses nothing but a deeply rooted glorification of violence committed by European explorers. The “colony” becomes nothing but an expression for otherness, and the “brothel” in the other cultures becomes a systemic glorification of patriarchal power structures.

​In the history of colonialism, Foucault’s boat becomes one of the most significant objects. The so-called “discovery” of America, Papua New Guinea, and rediscovery of India in the postcolonial context becomes nothing but a process of invasion. The powerful European invaders such as Columbus, Cook, or da Gama were inhabitants of Foucault’s heterotopic boat. Boats have been a part of human history for the last 130,000 years. From the Indus Valley to Papua, from the Puntland to the rivers of Amazon, boats have dominated human transportation, trade, and culture in the pre-Eurocentric economy and beyond. Hence, boats are not only associated with colonial invaders, but there were also boats built by the people who were colonized. What happened to their boats?

​Images of a voyage in the Spree River around the Museum Island of Berlin as a gesture of remembering the boats of those who were colonized. Together, we will travel with the stories of shark callers, failed revolutionaries, pirates, and untouchables. 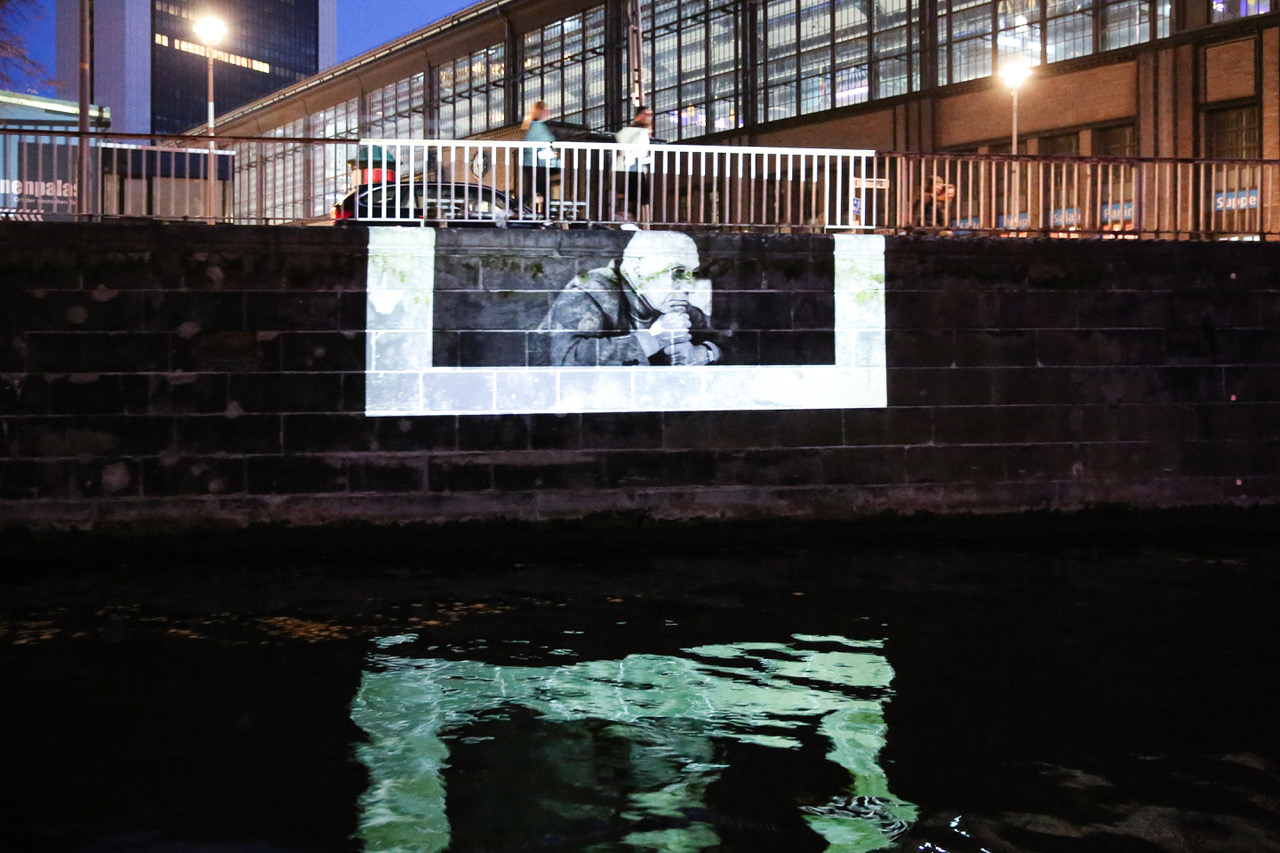 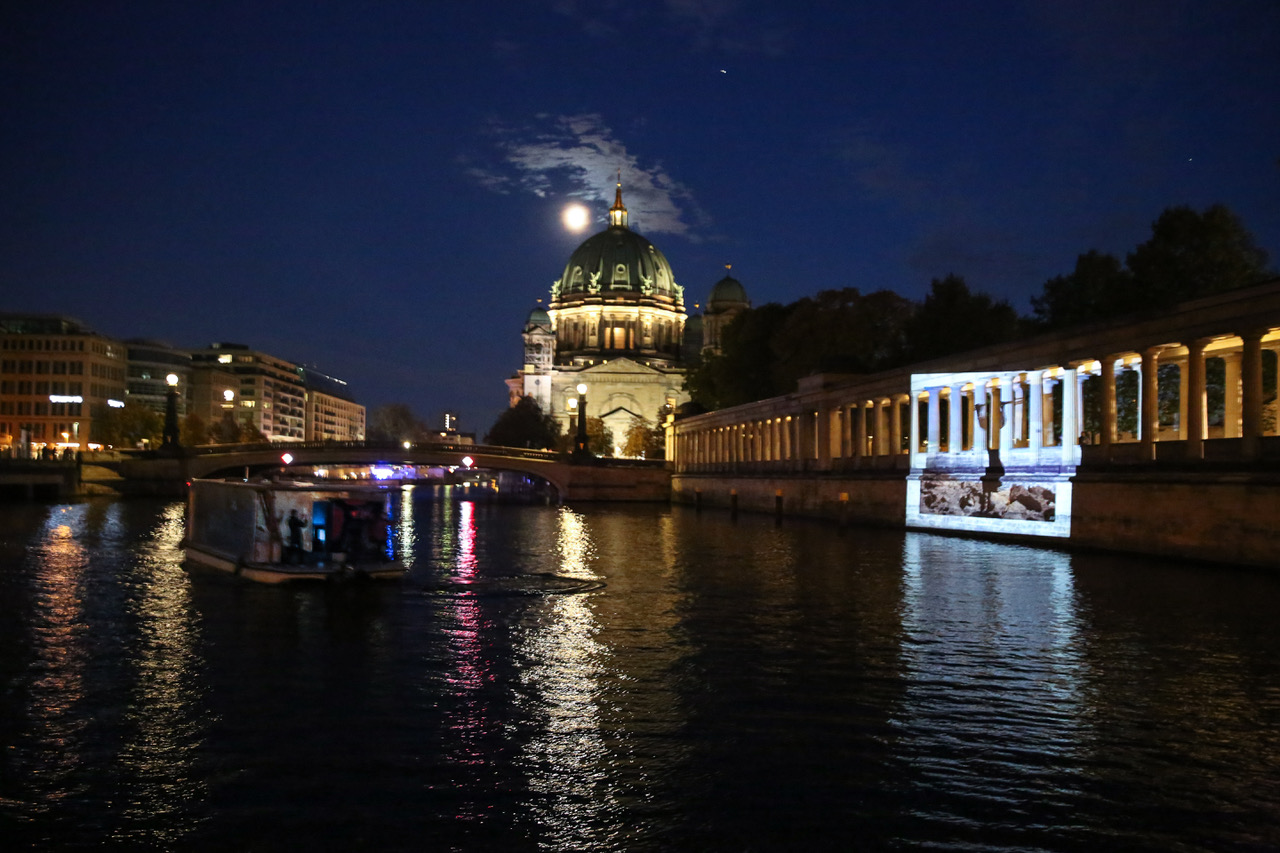 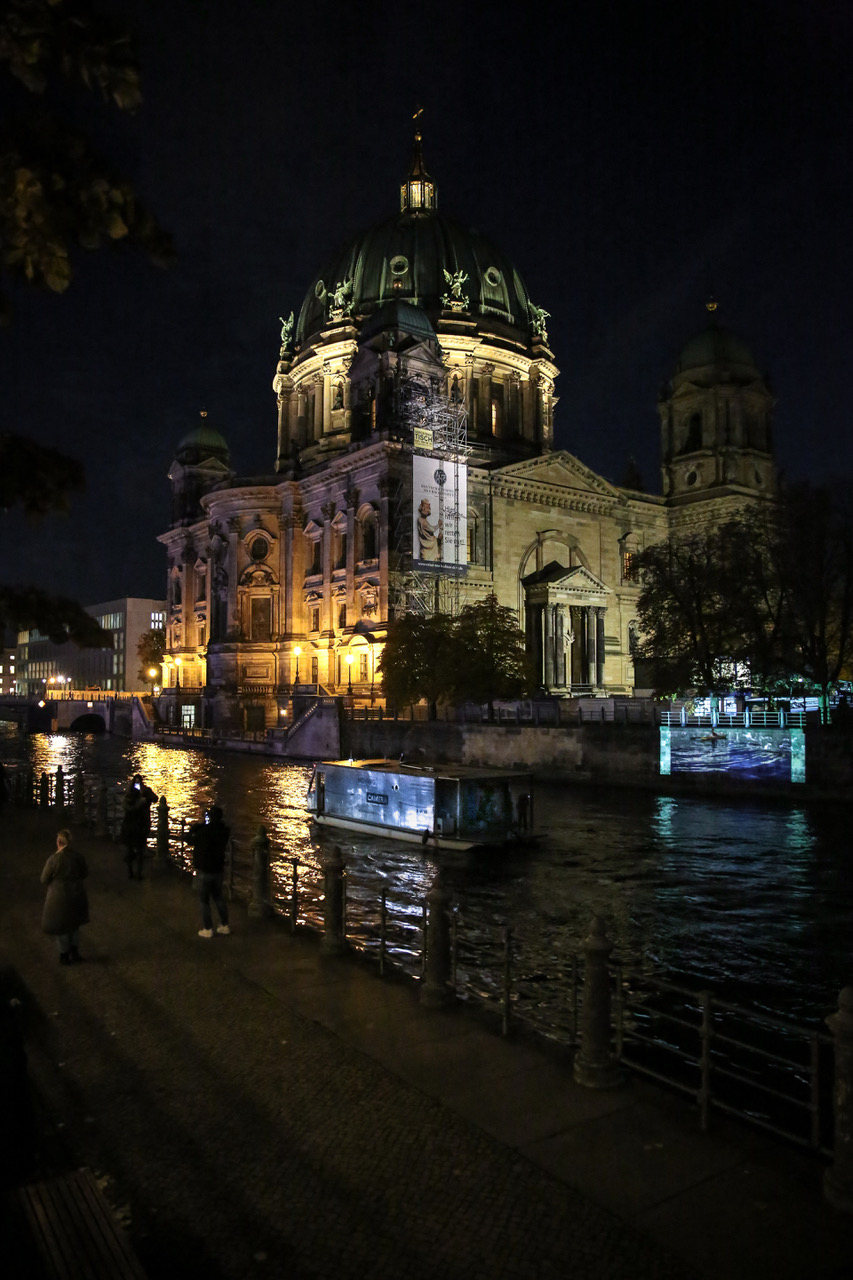 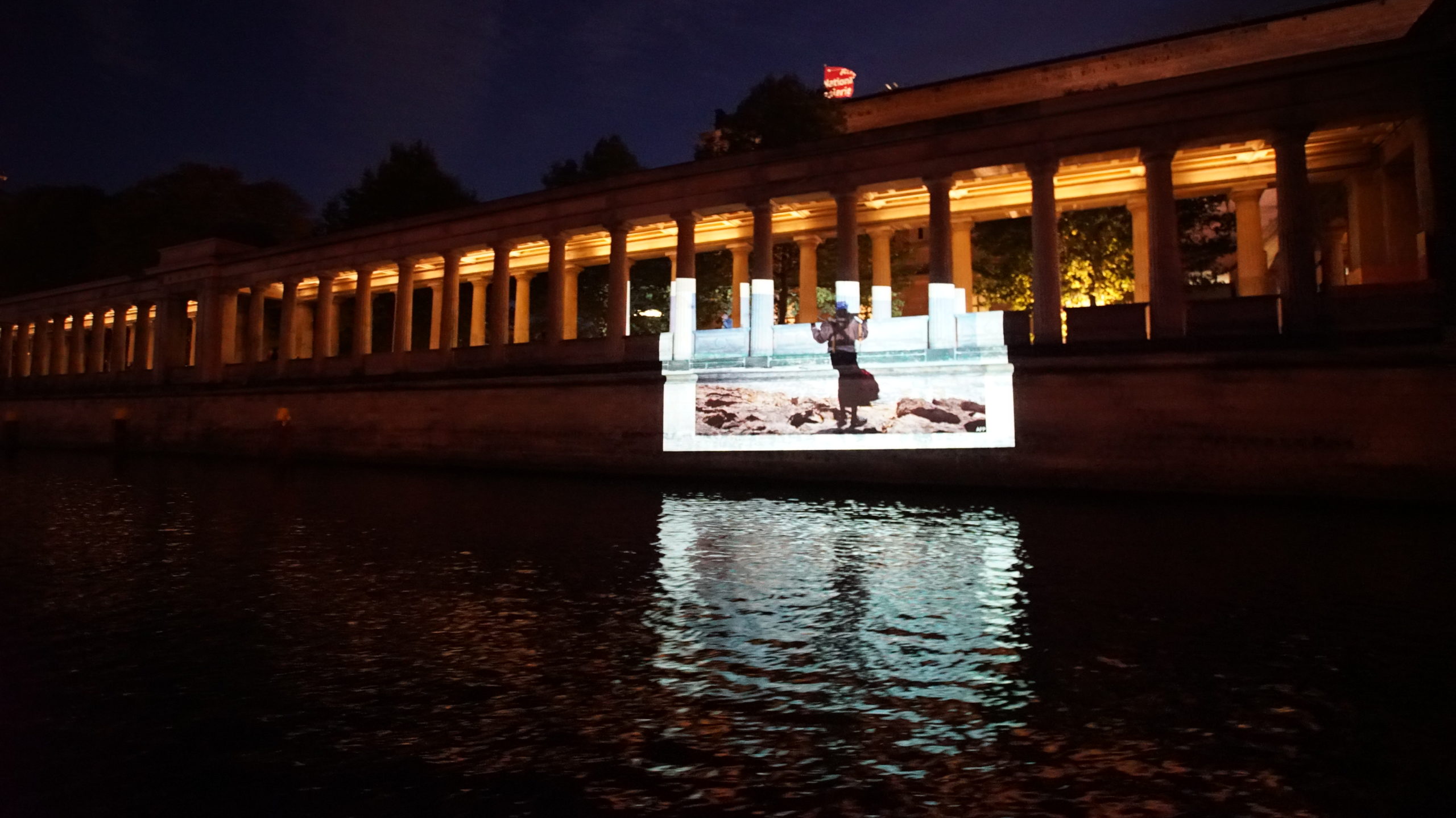 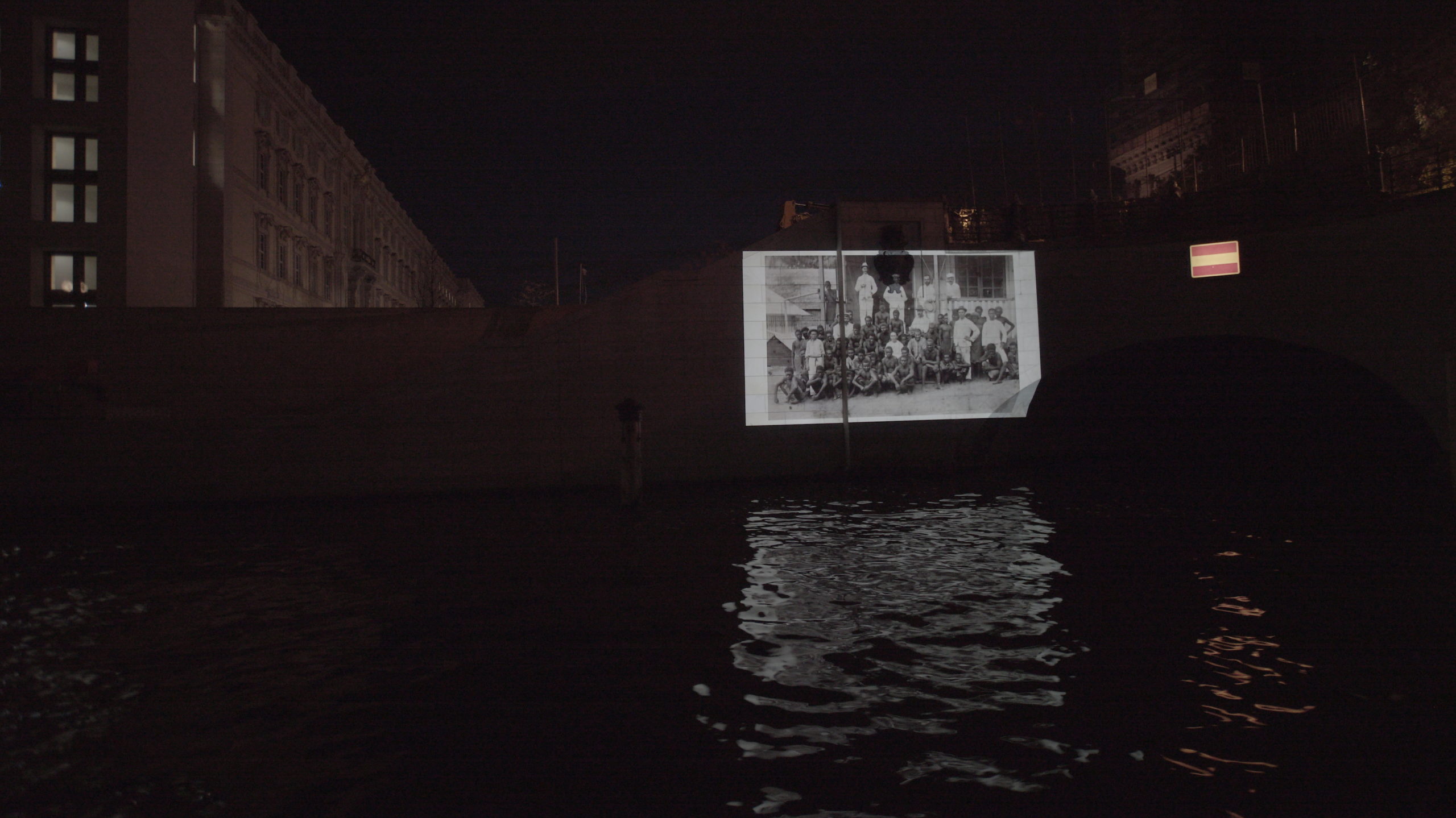 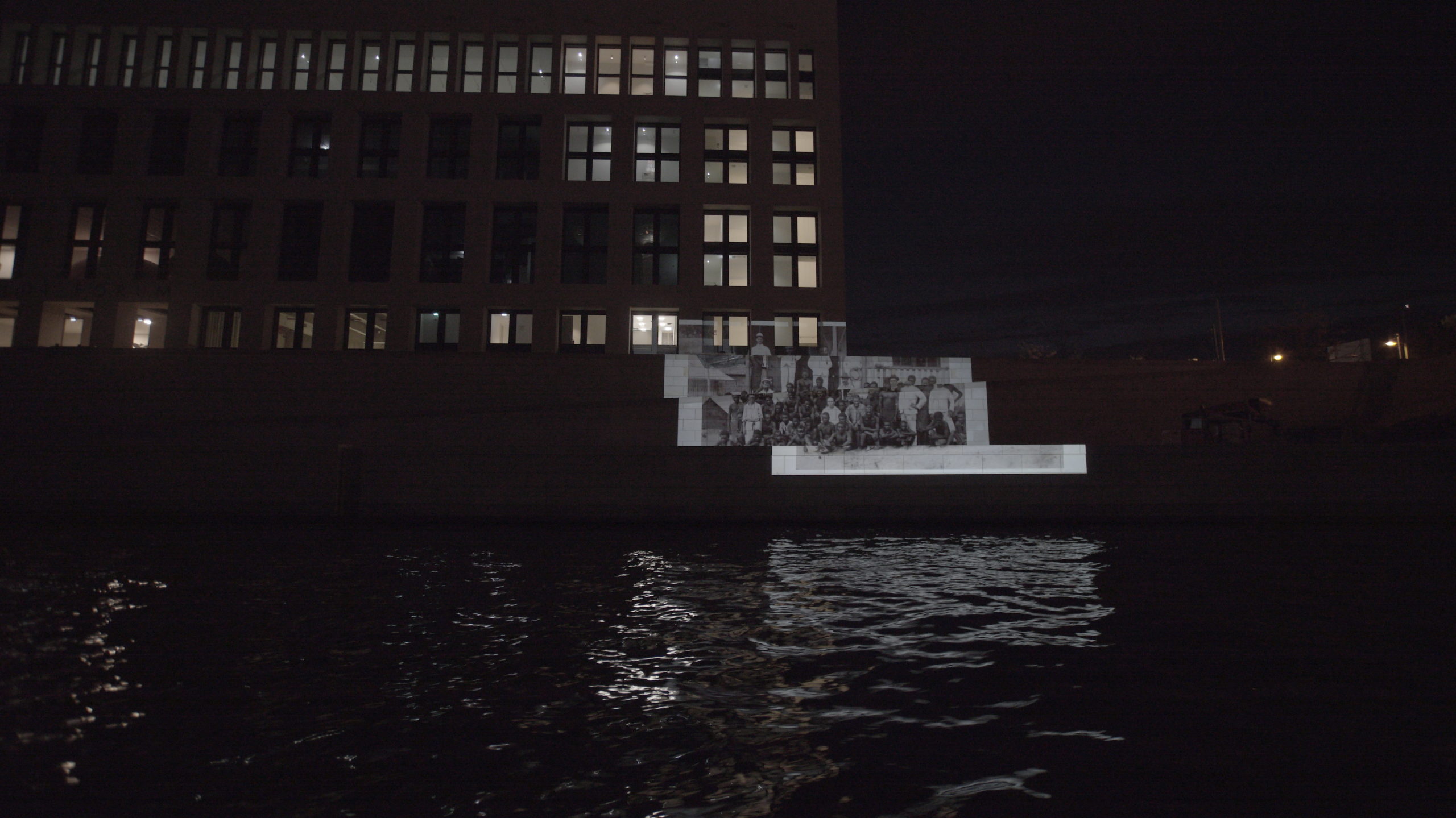 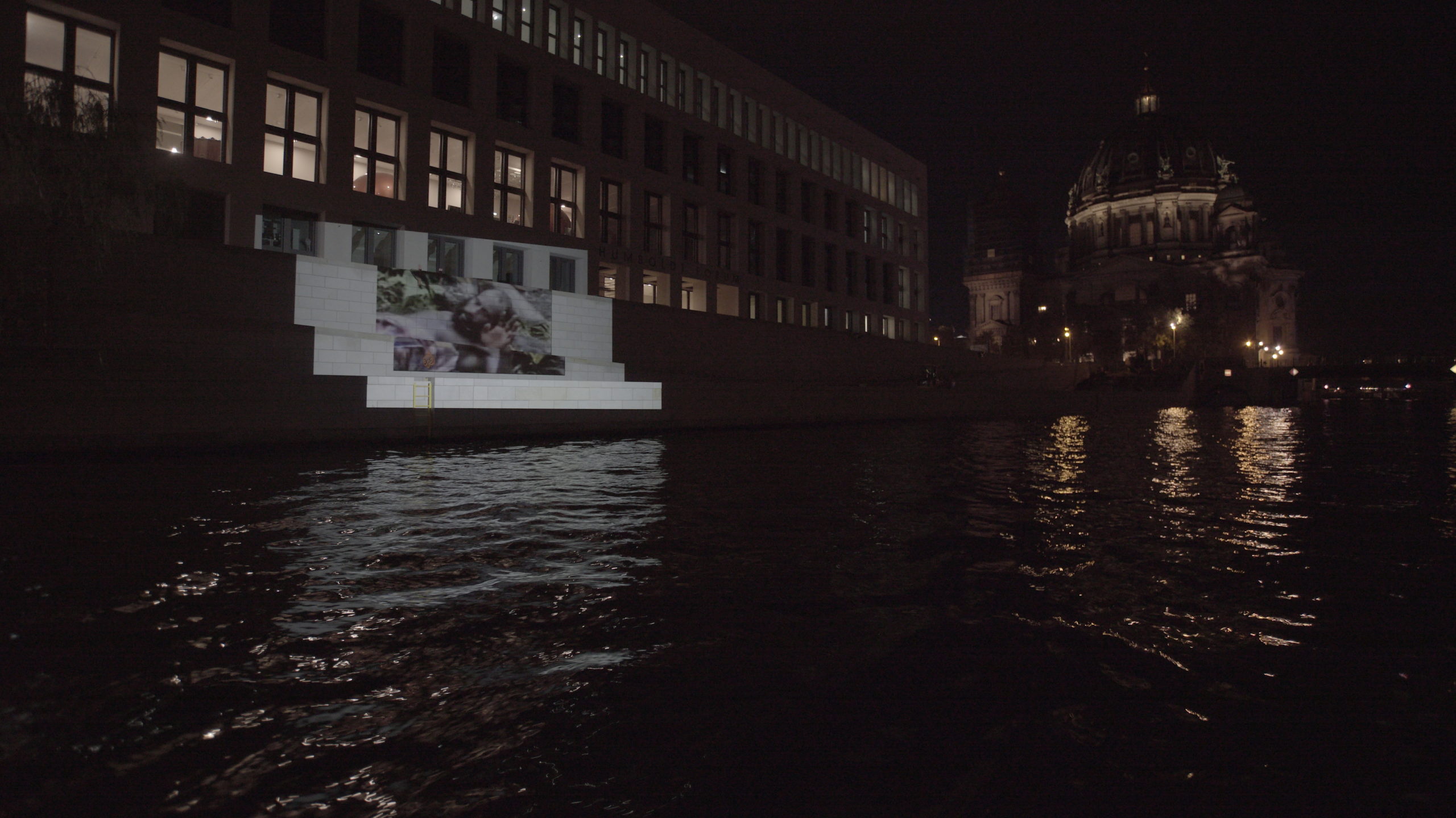 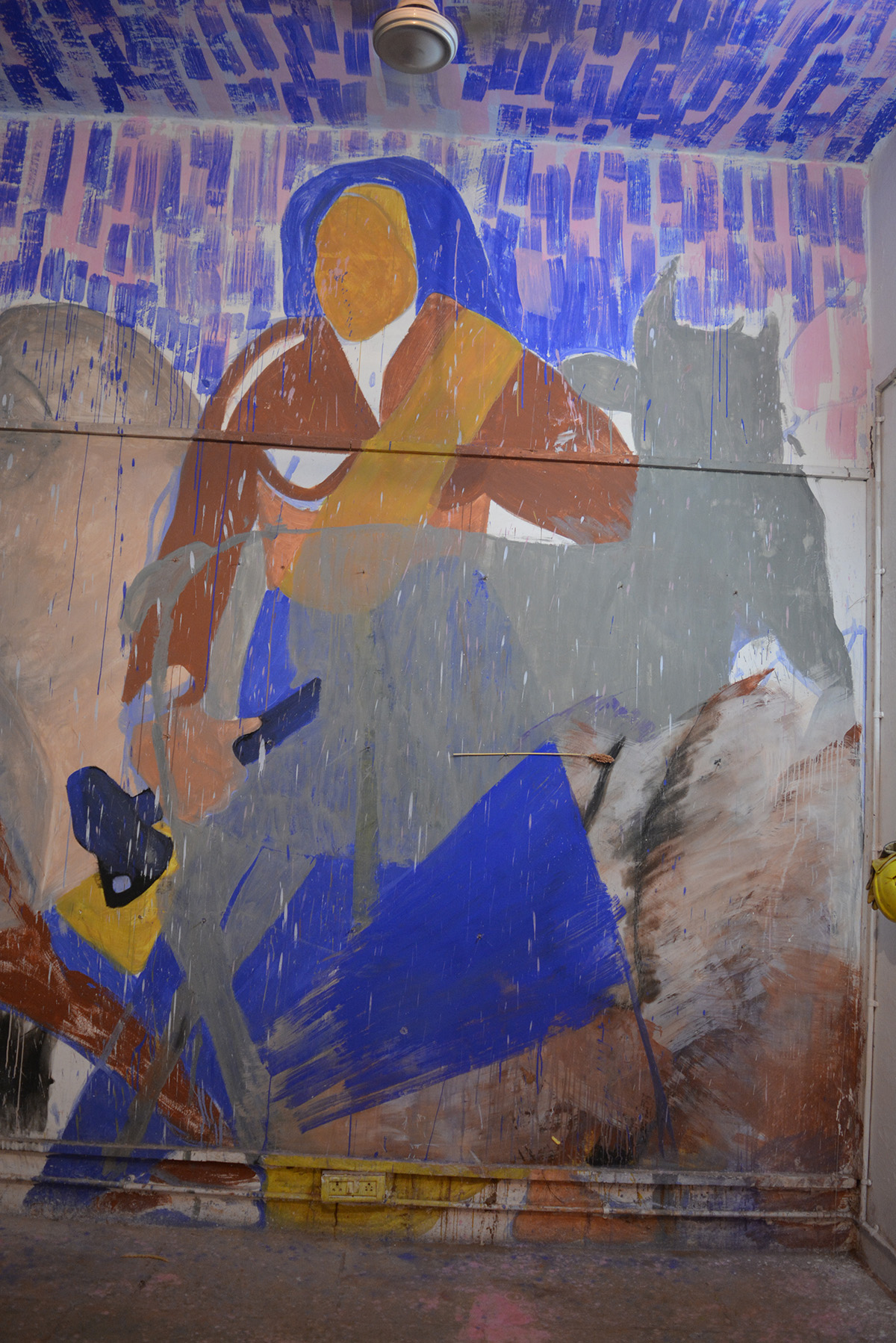 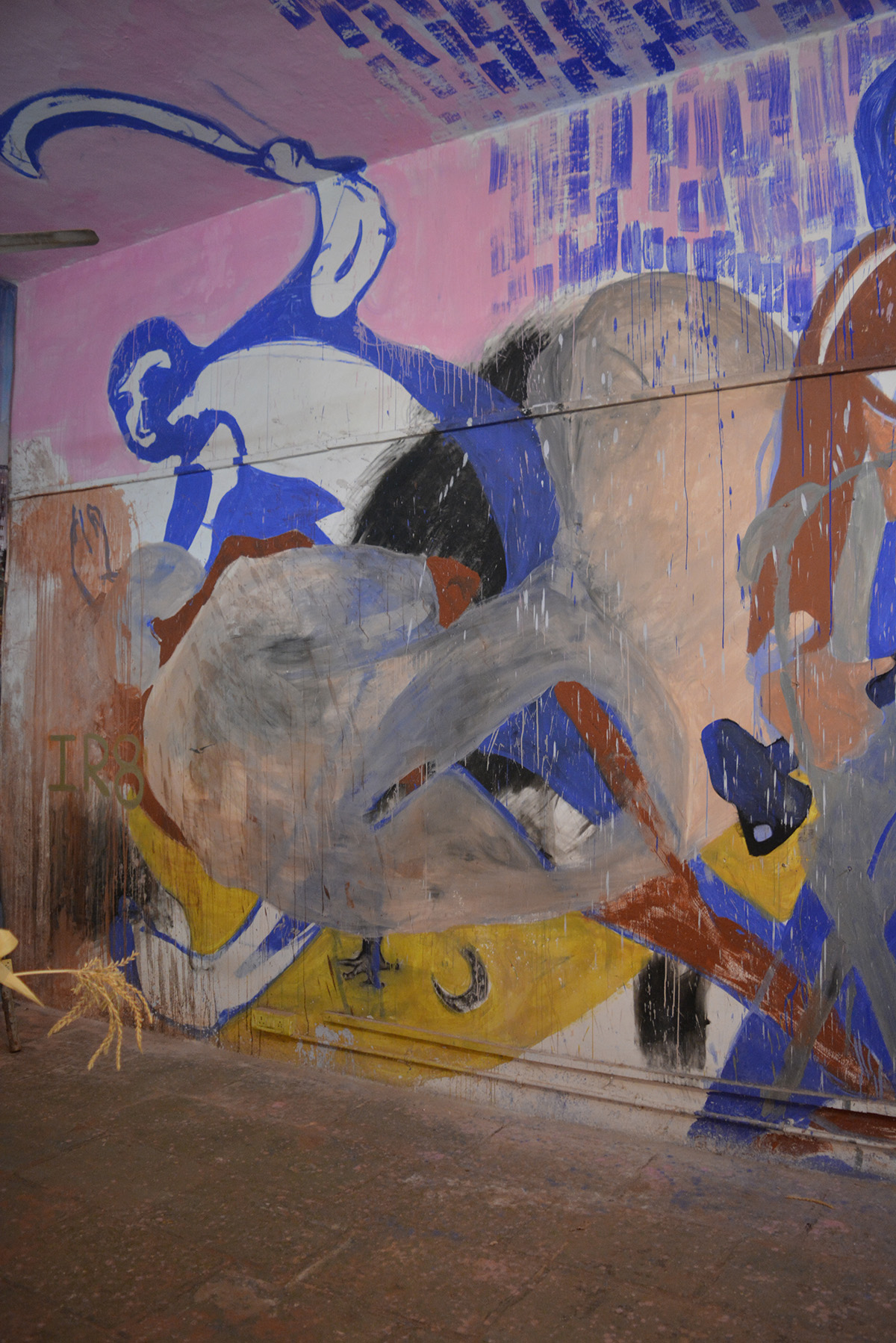 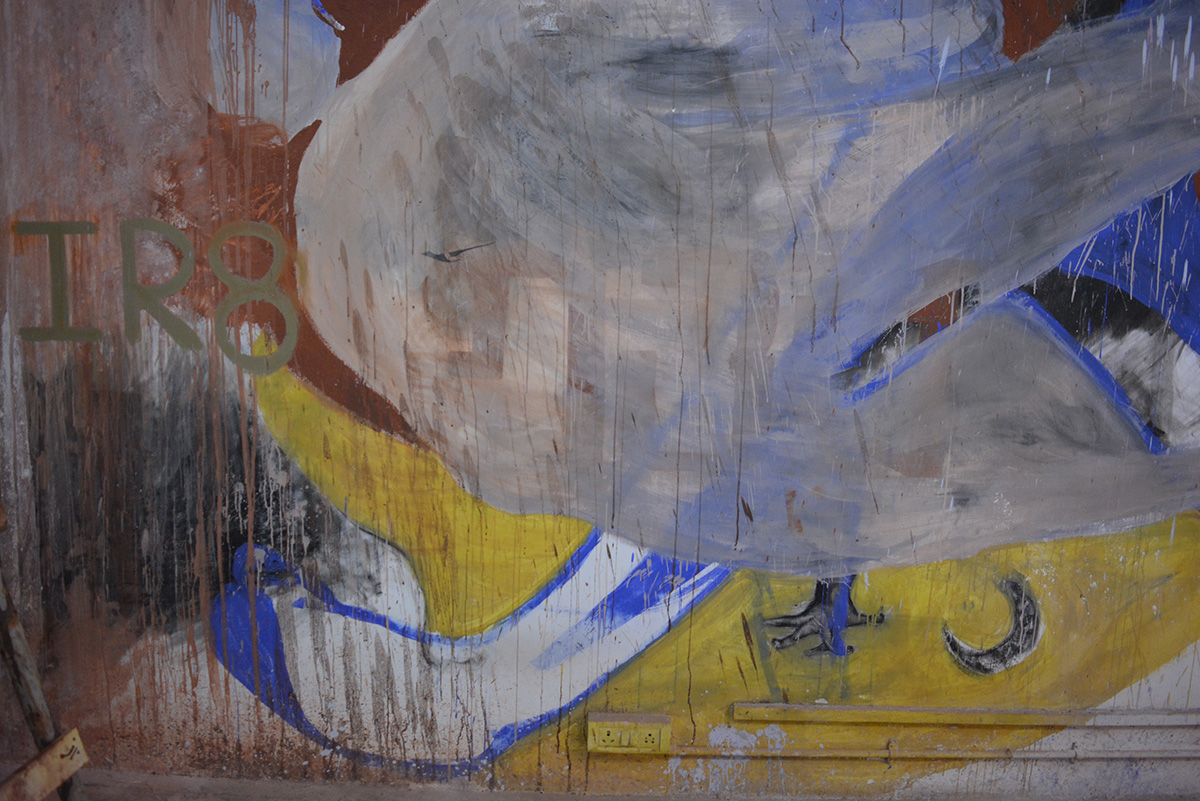 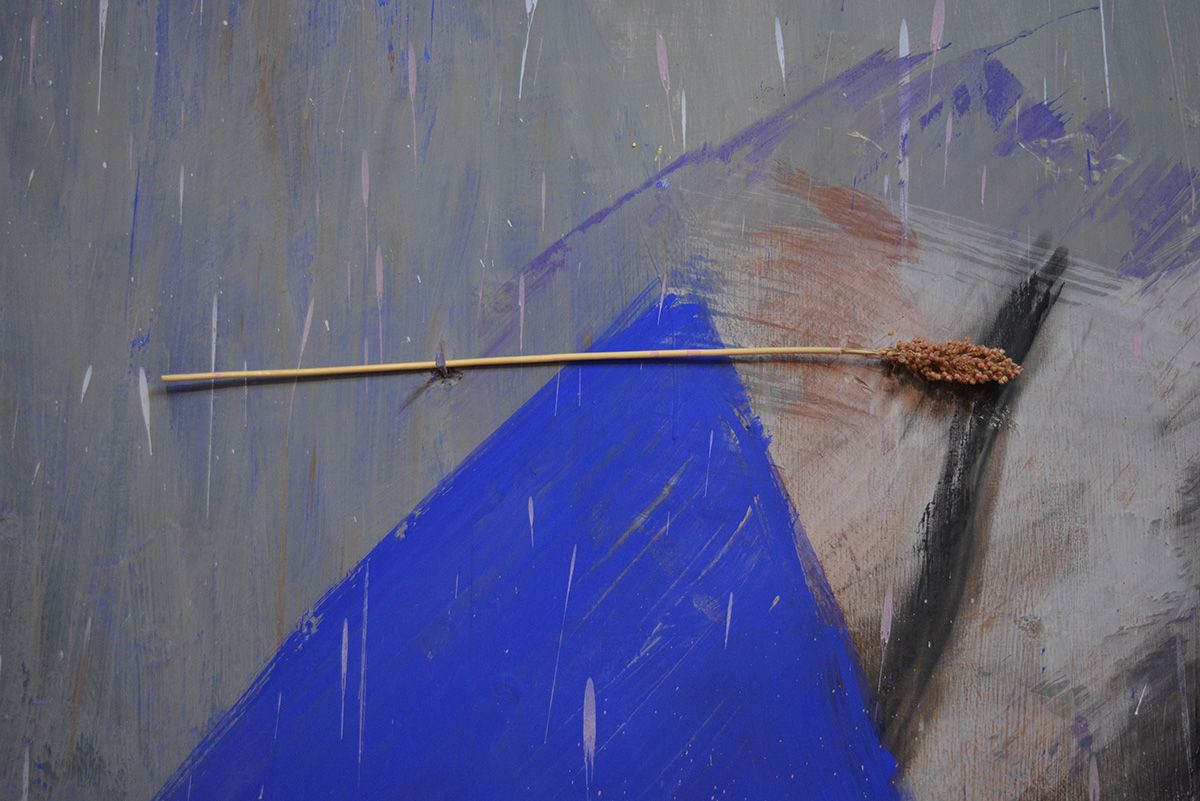 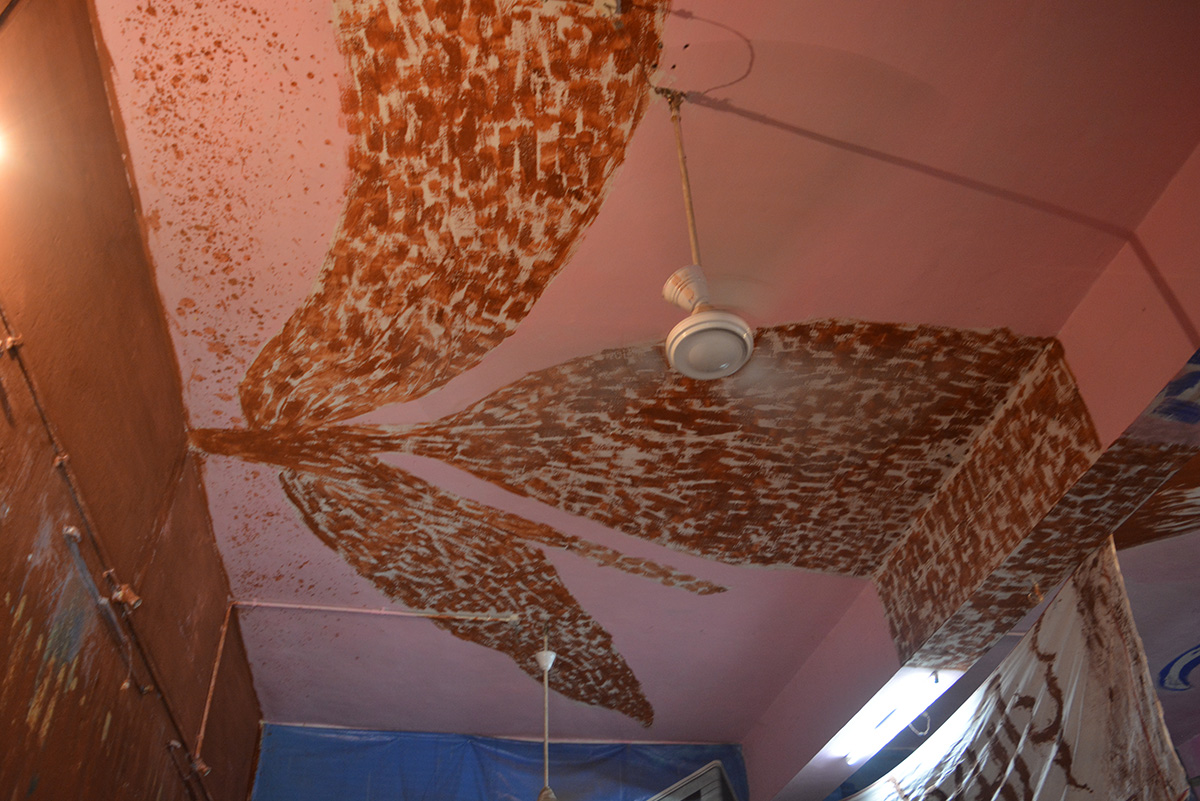 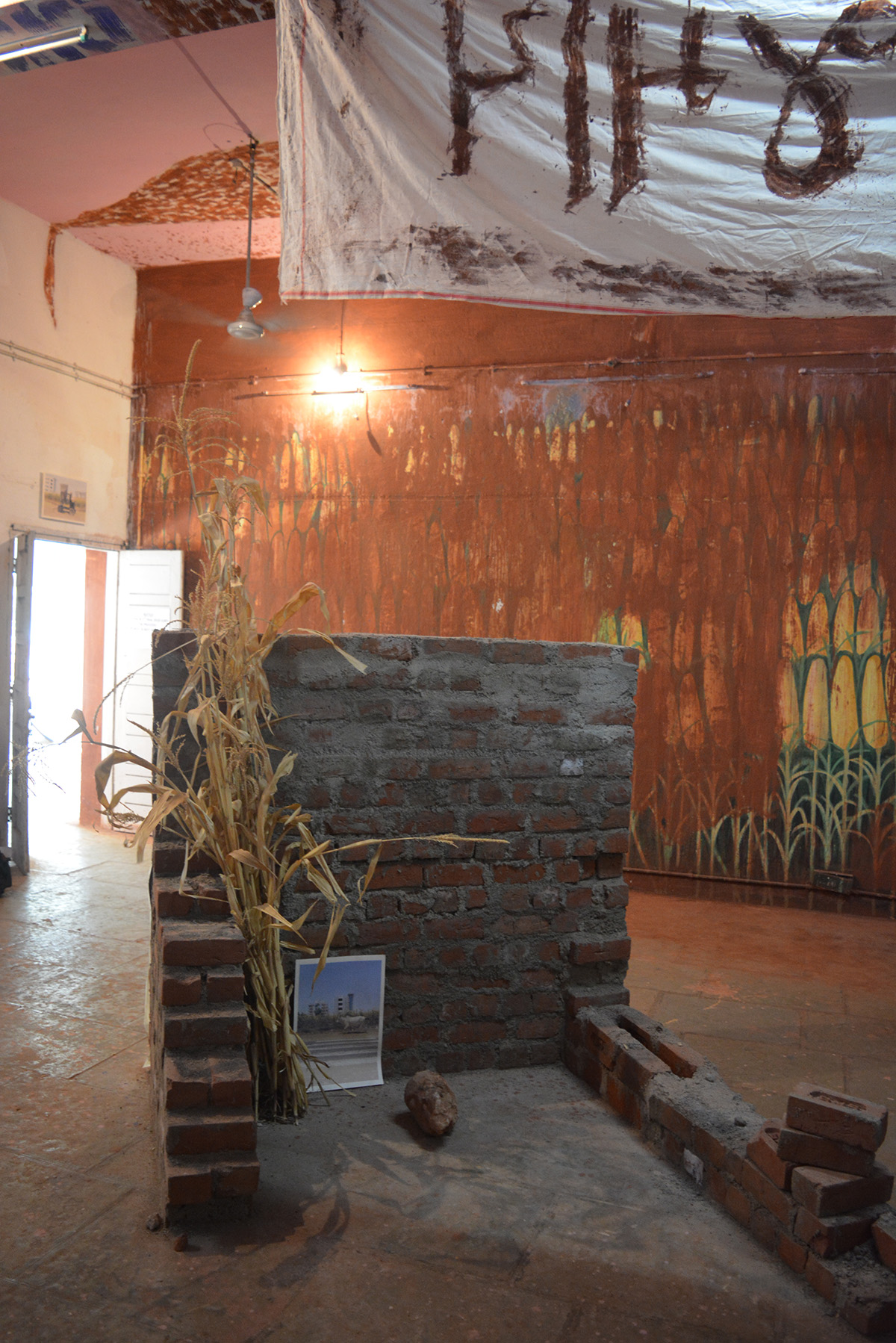 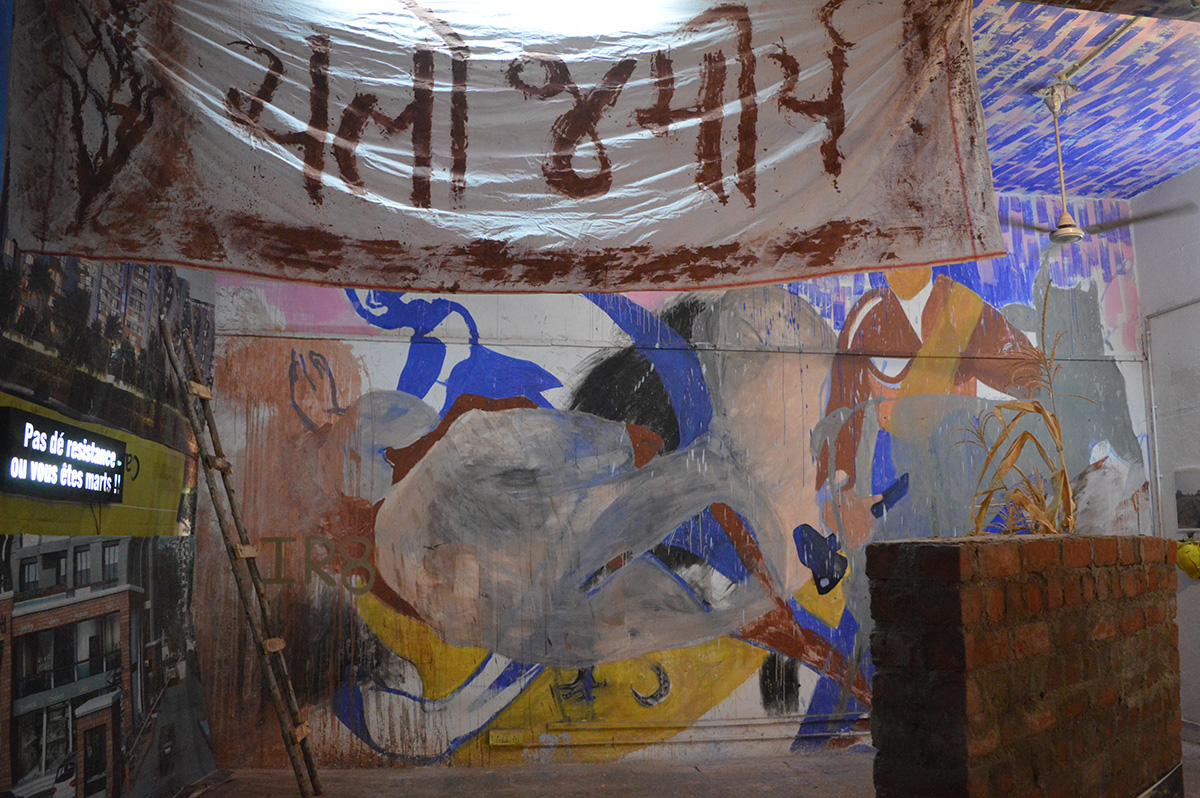 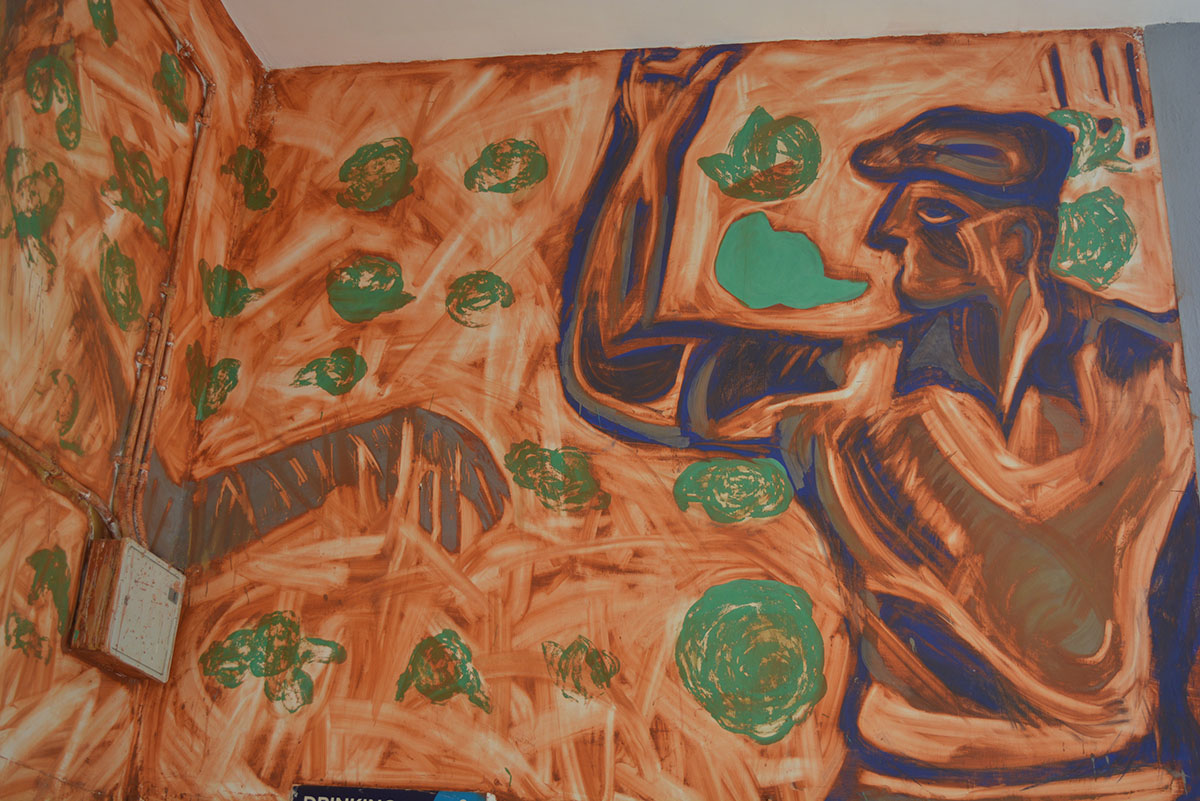